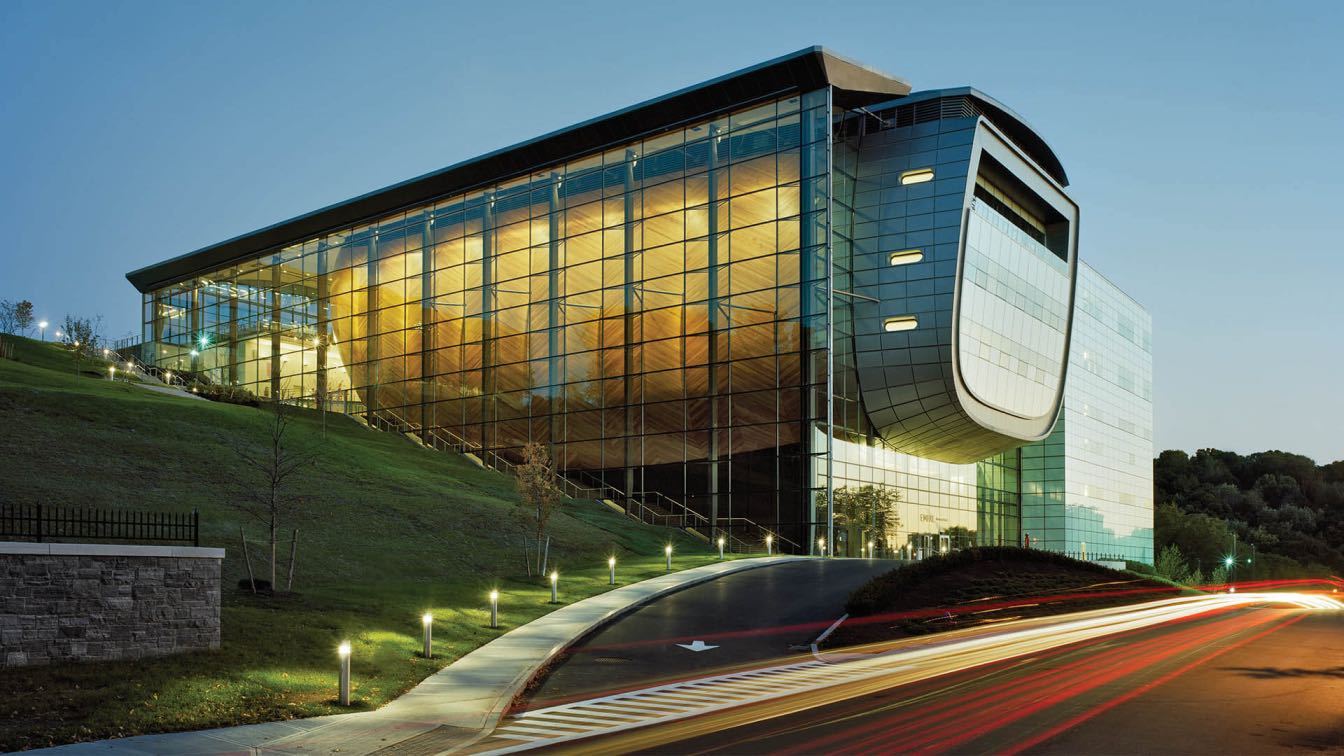 Within the glazed building envelope, the concert hall forms the project’s centrepiece and is made of an immense curvaceous wooden ‘hull’ clad in sustainable Western Red cedar. Recalling the beauty and craftsmanship of a fine musical instrument, the soaring hall is attuned to world-class performances. 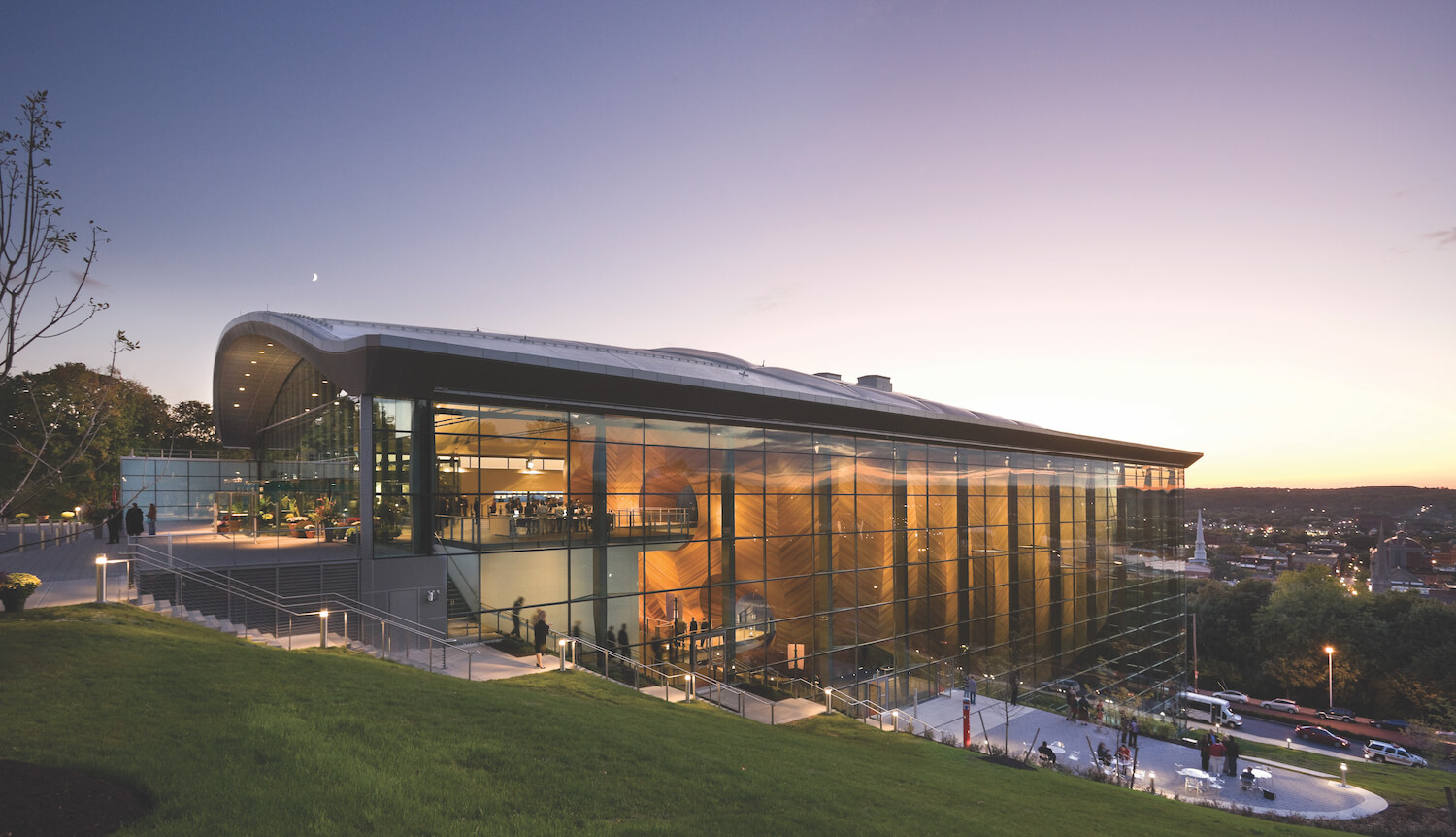 The building's warm golden exterior holds a shoebox form inside that includes optimised acoustics and new material technologies to support a broad range of musical entertainment.

Acoustic performance is manifest in the building’s external design and identity, viewed by the public almost as a musical instrument, symbolic of the fine acoustics that lies within.

Experimental studios, recording spaces and the theatre sit adjacent, their rectilinear volumes embedded into the slope. The hybrid fly tower and audience chamber of the theatre give the flexibility to stage proscenium productions as well as that in the round. 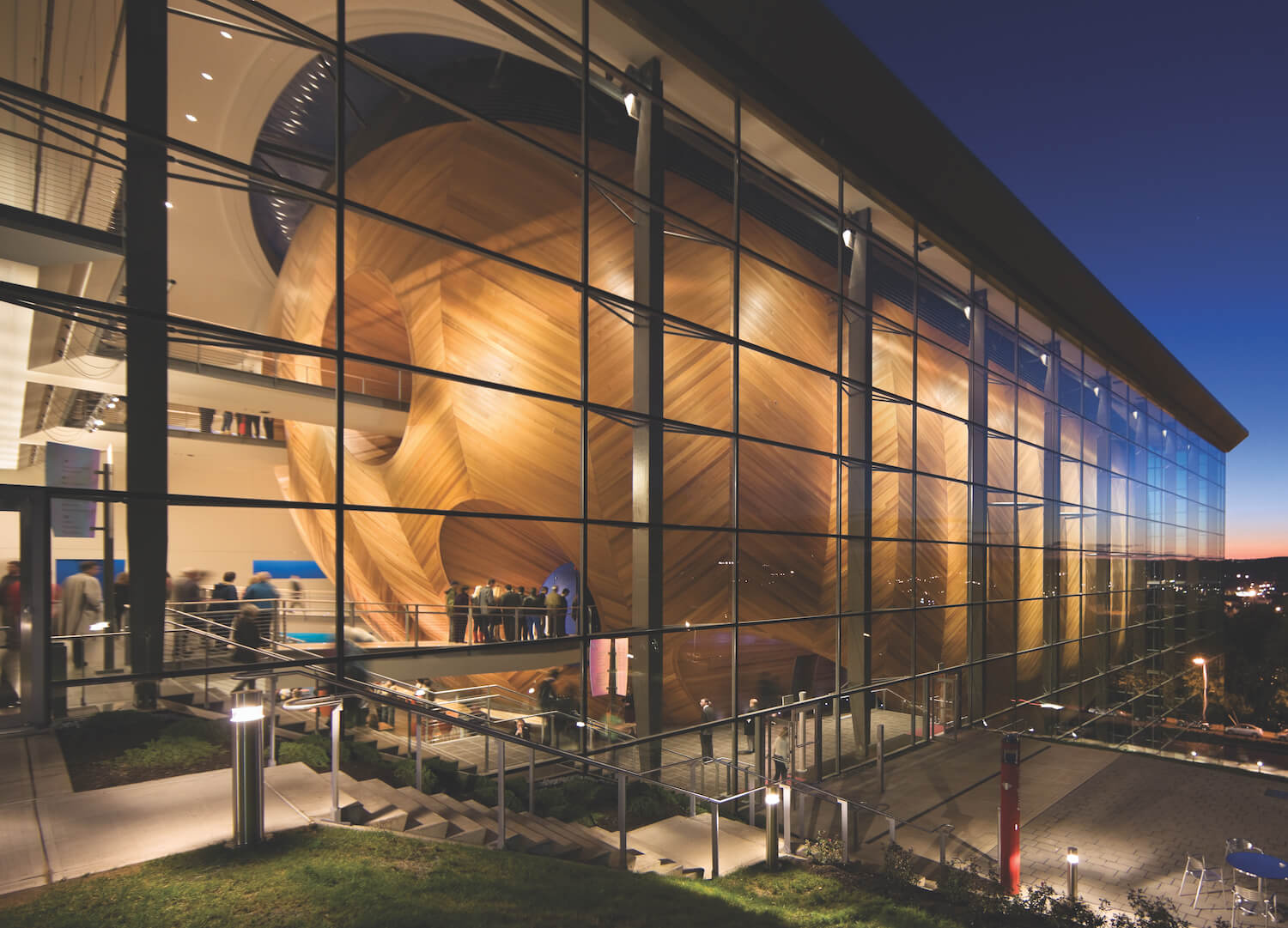 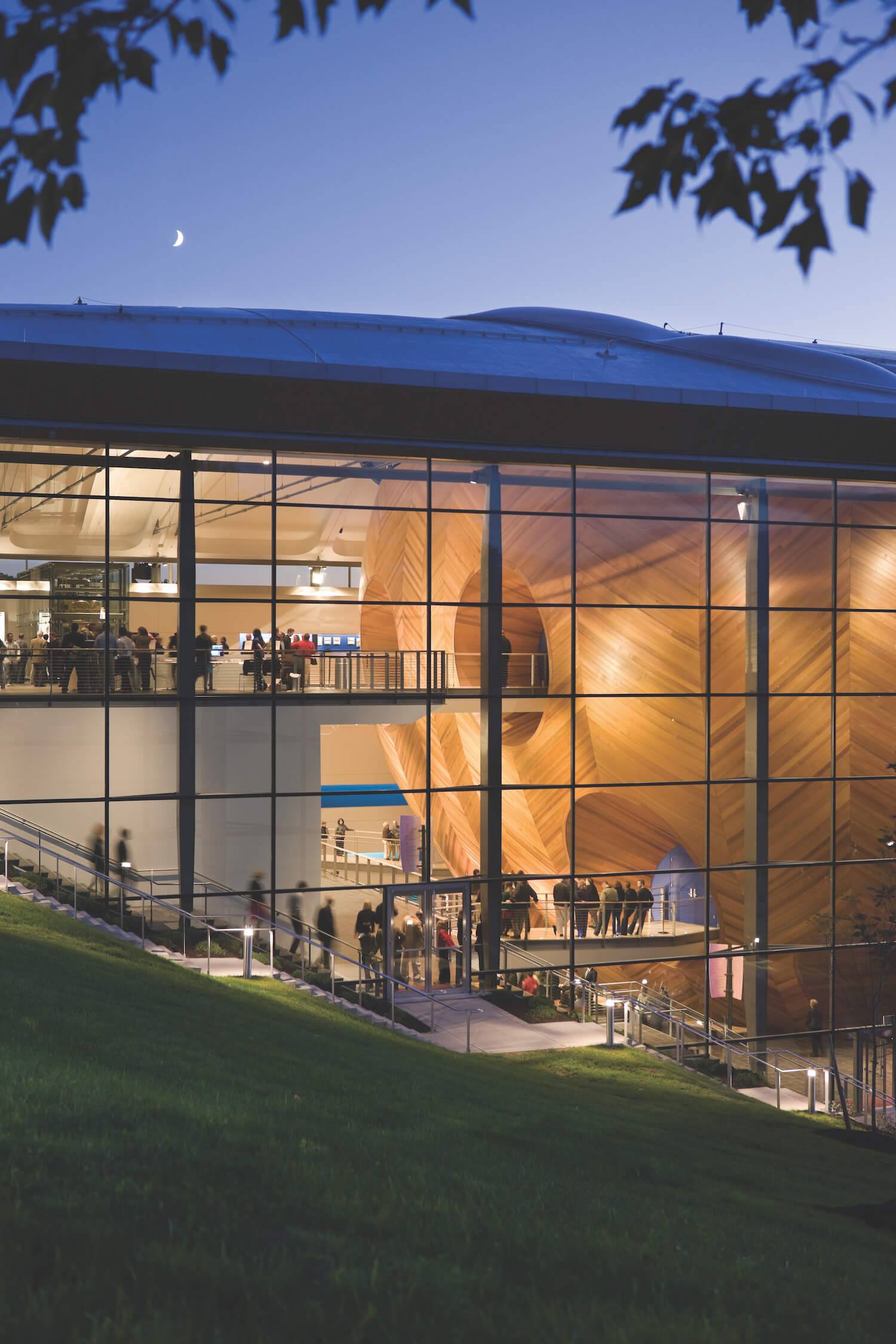 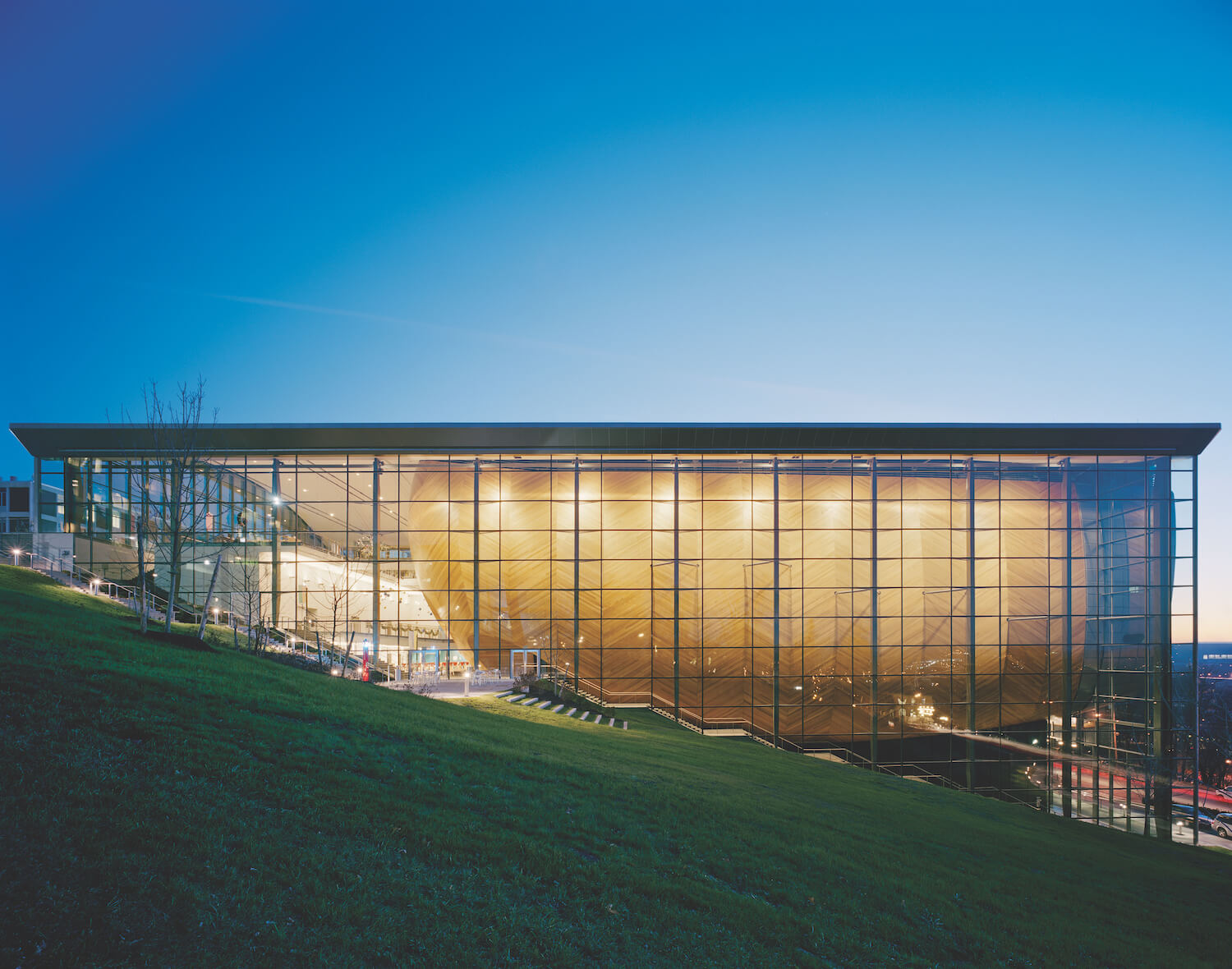 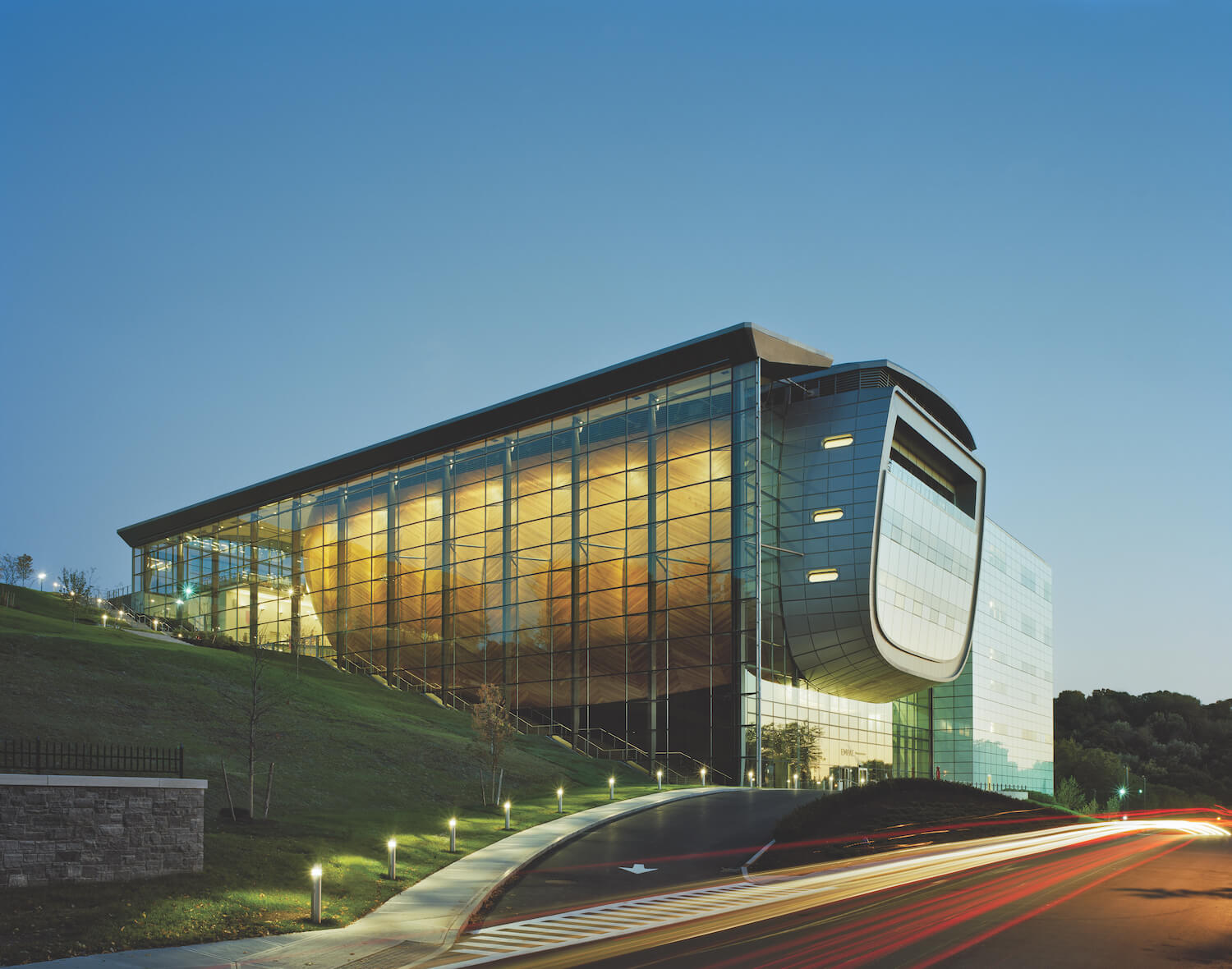 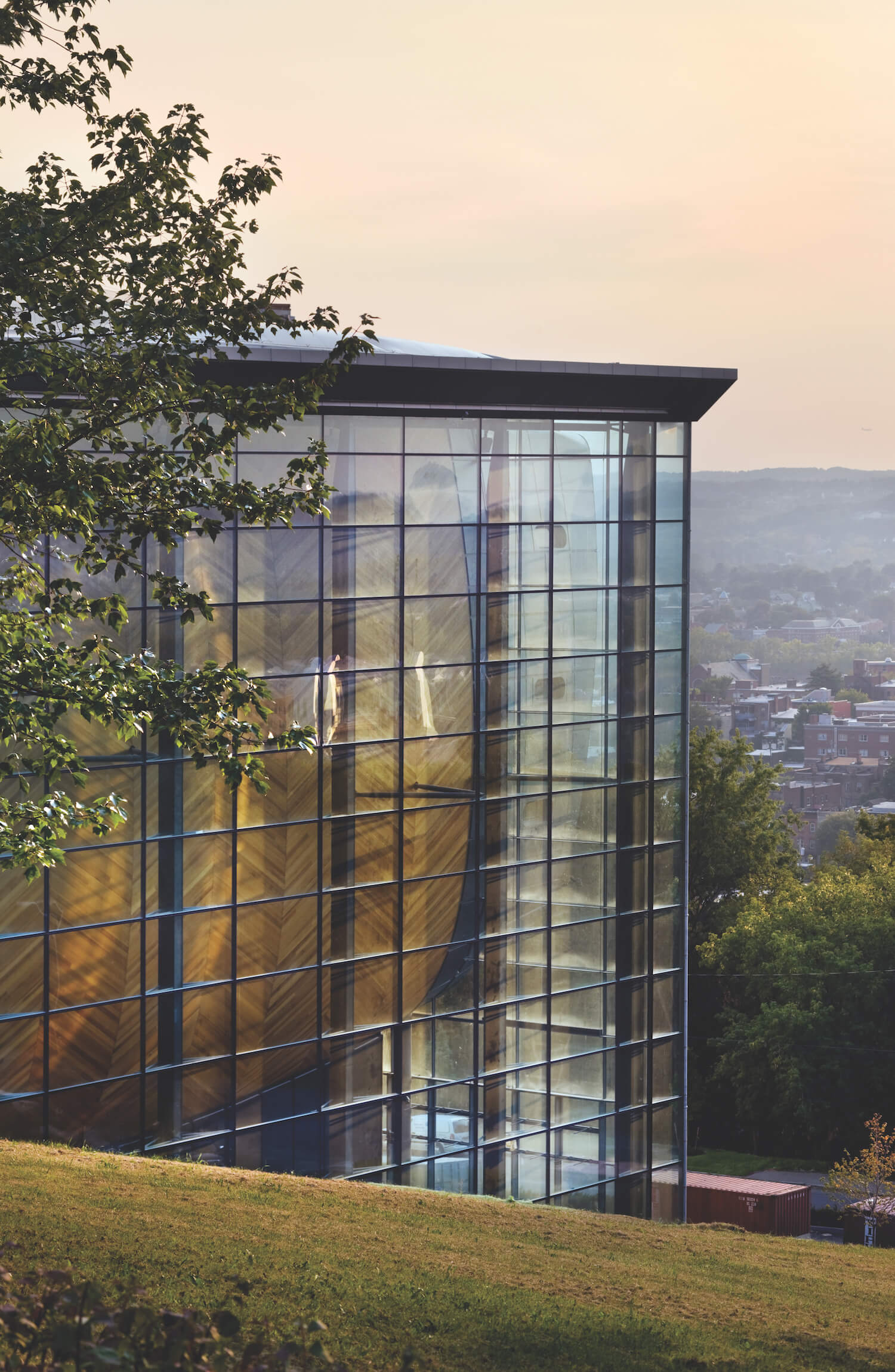 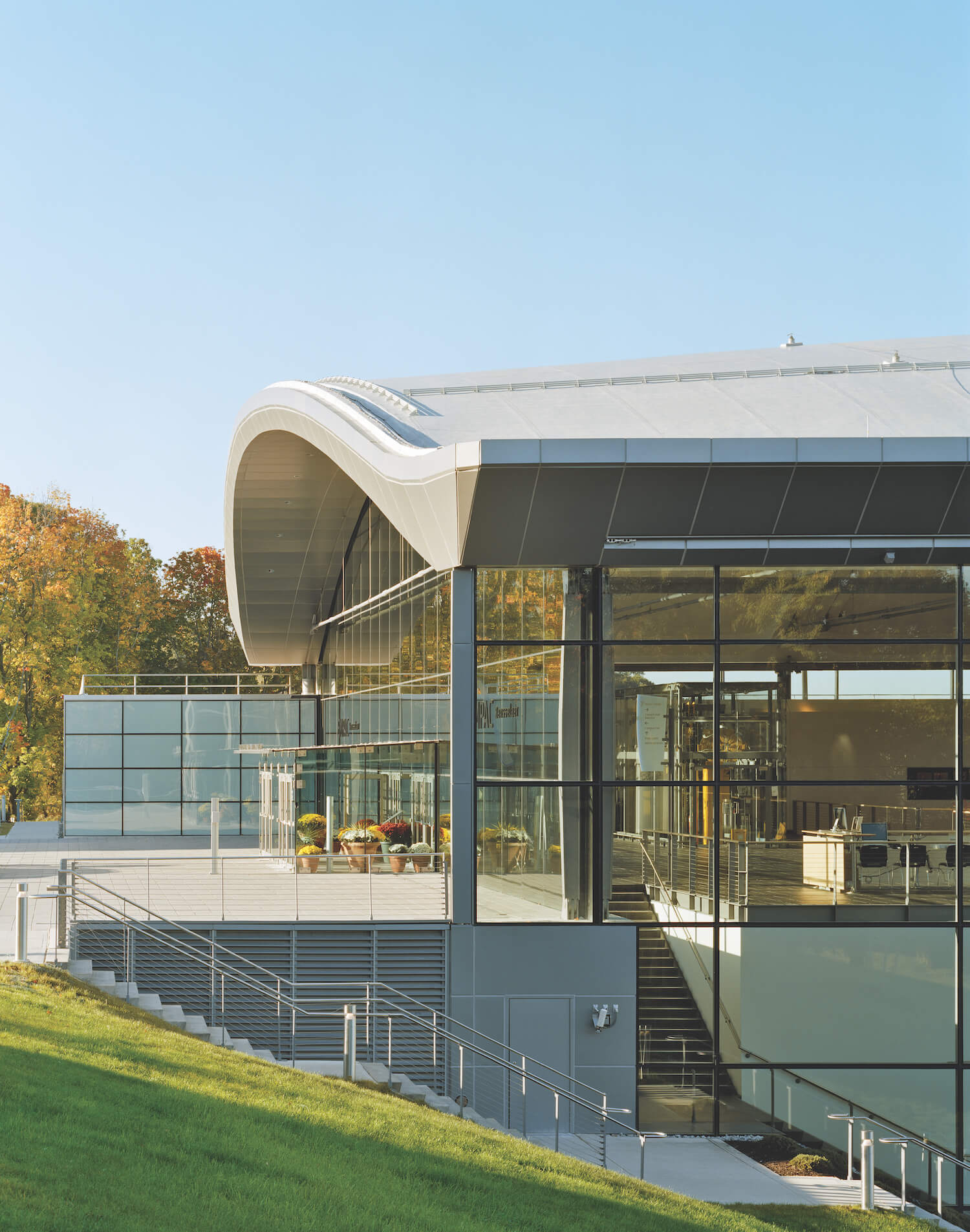 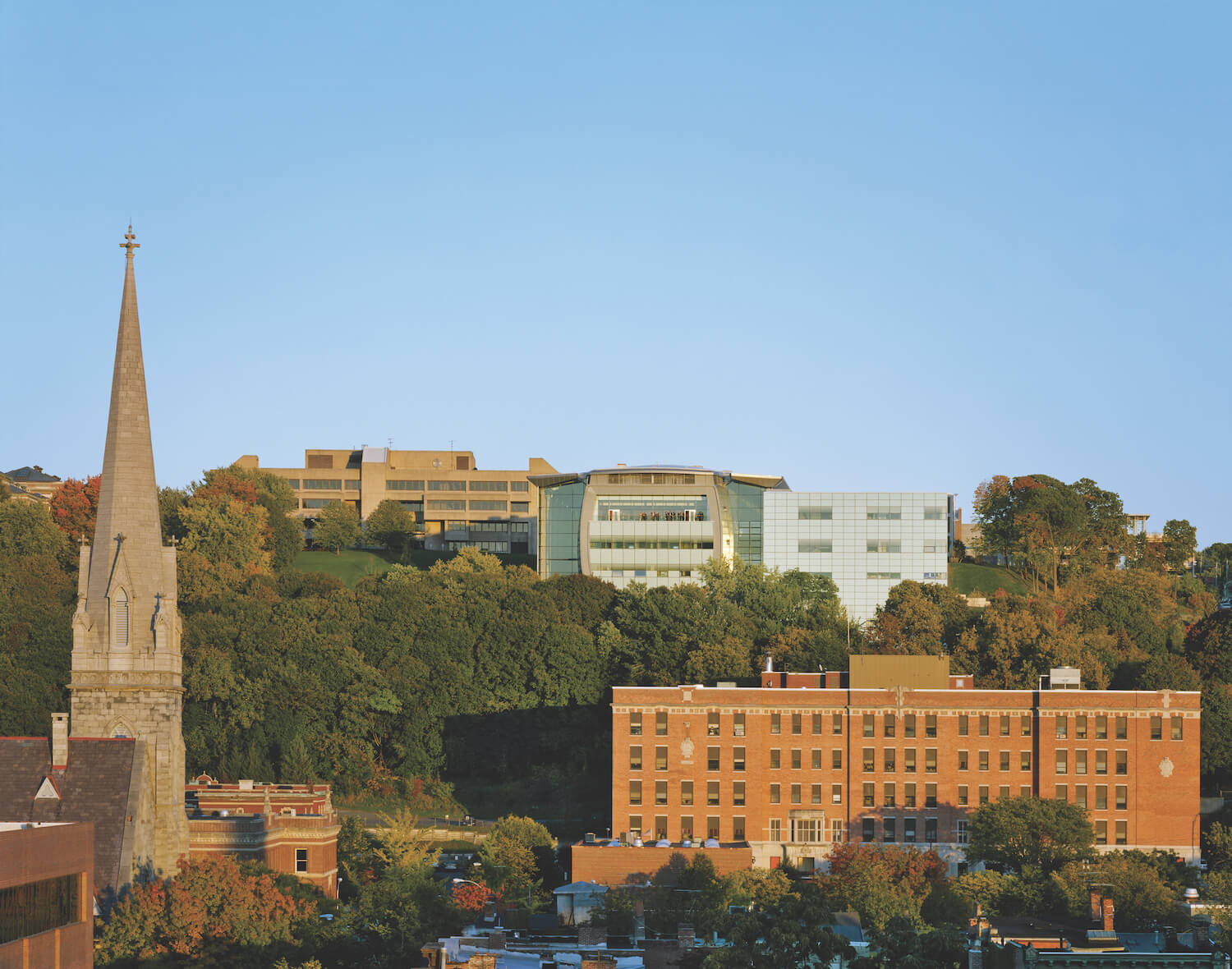 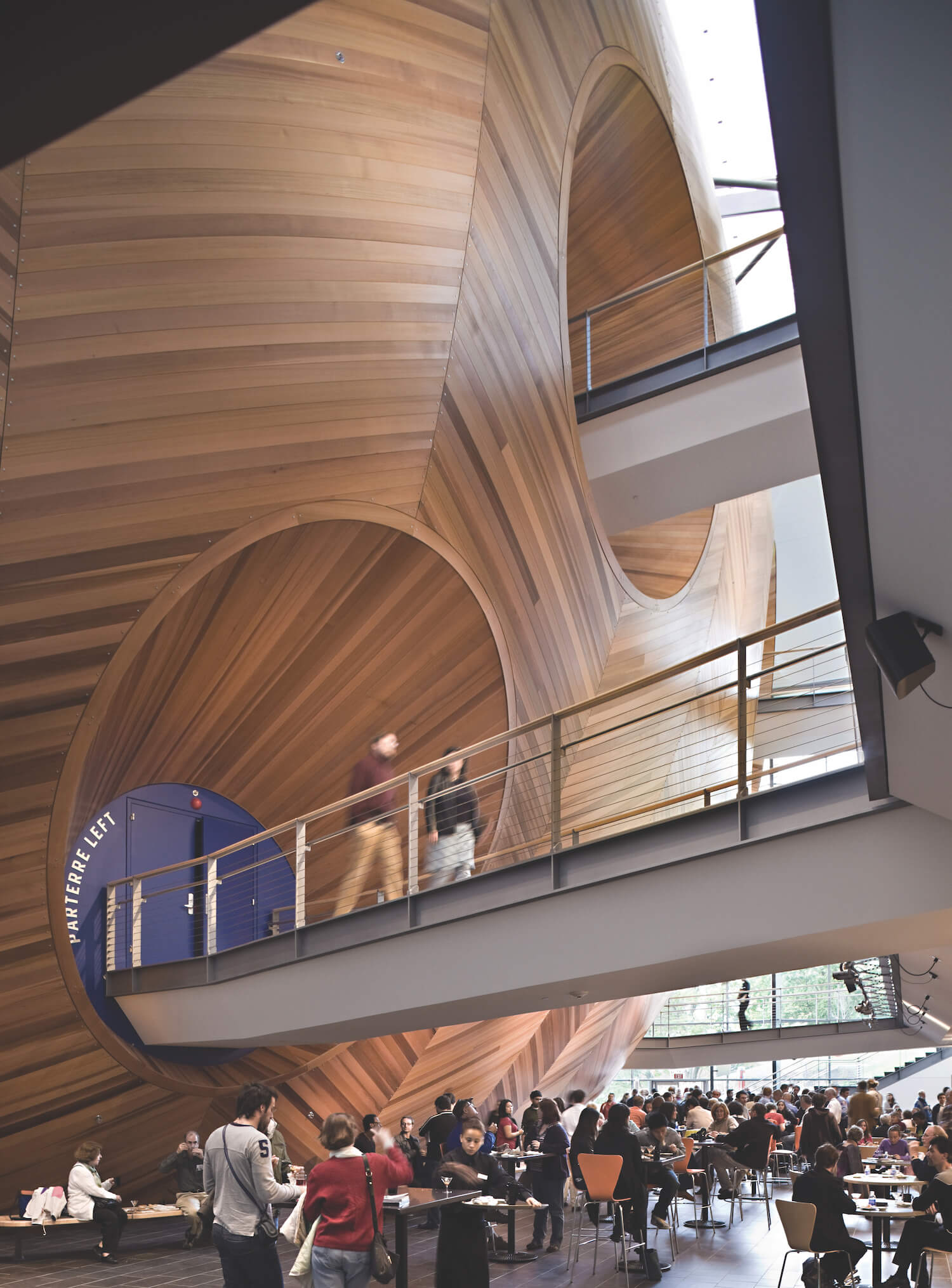 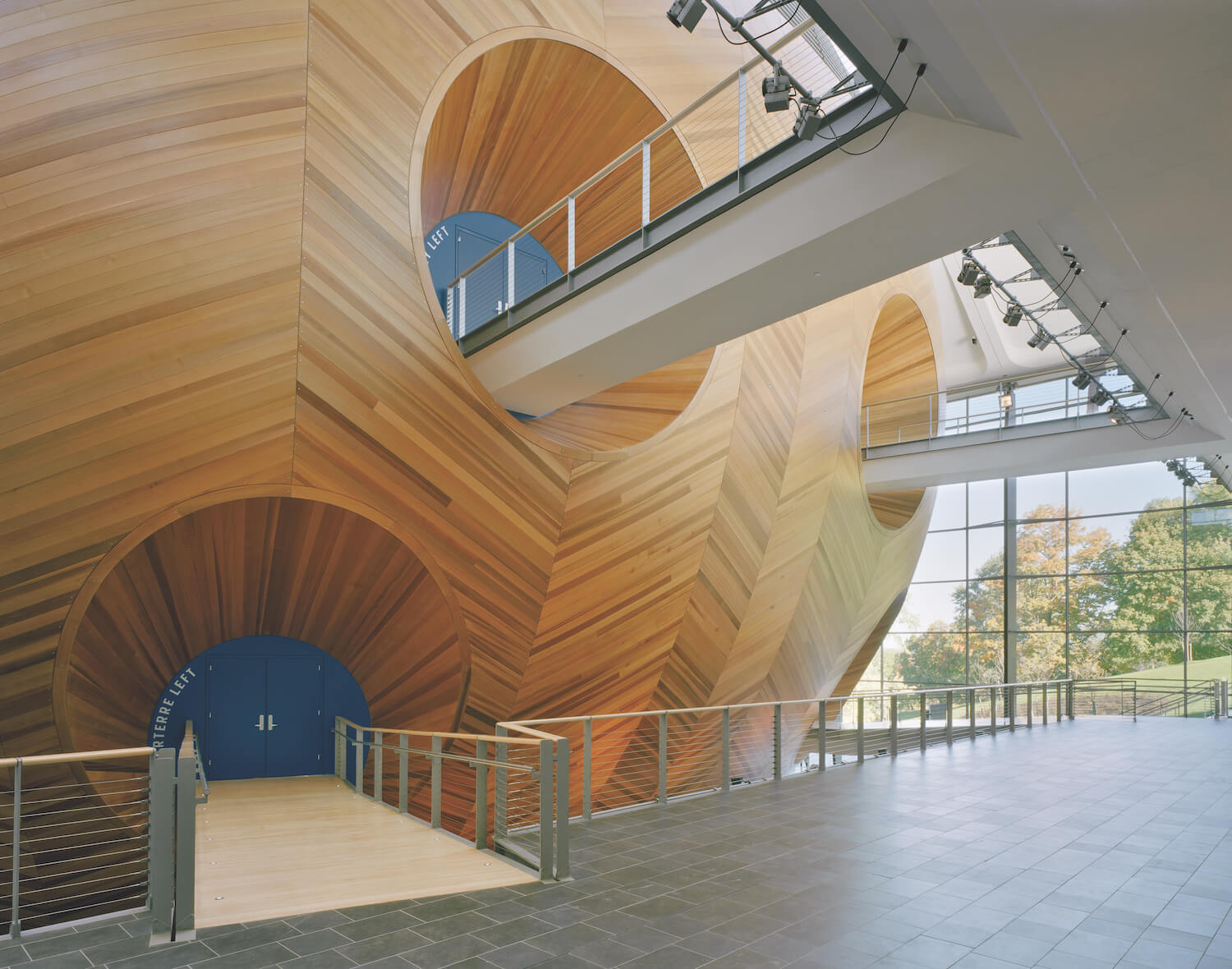 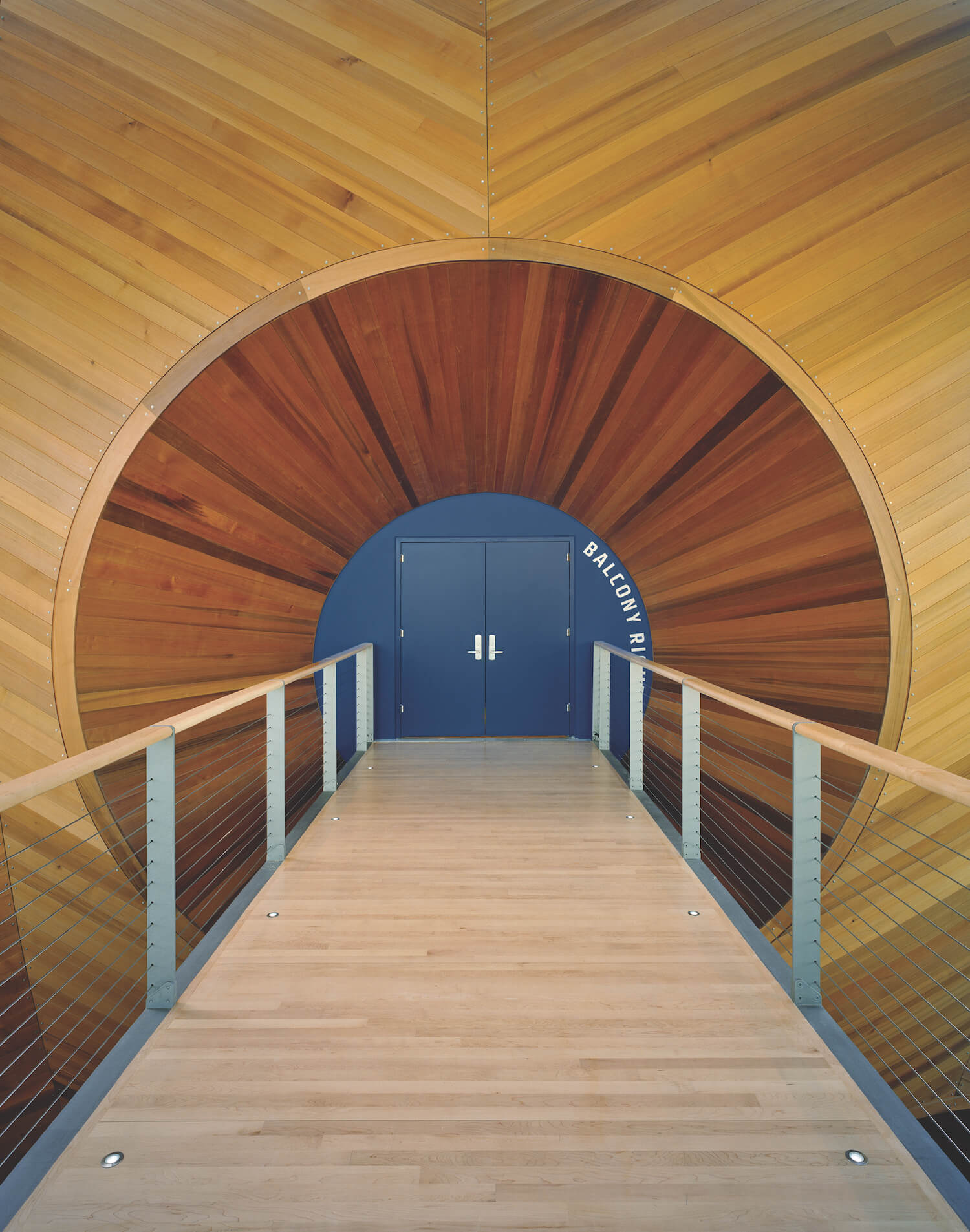 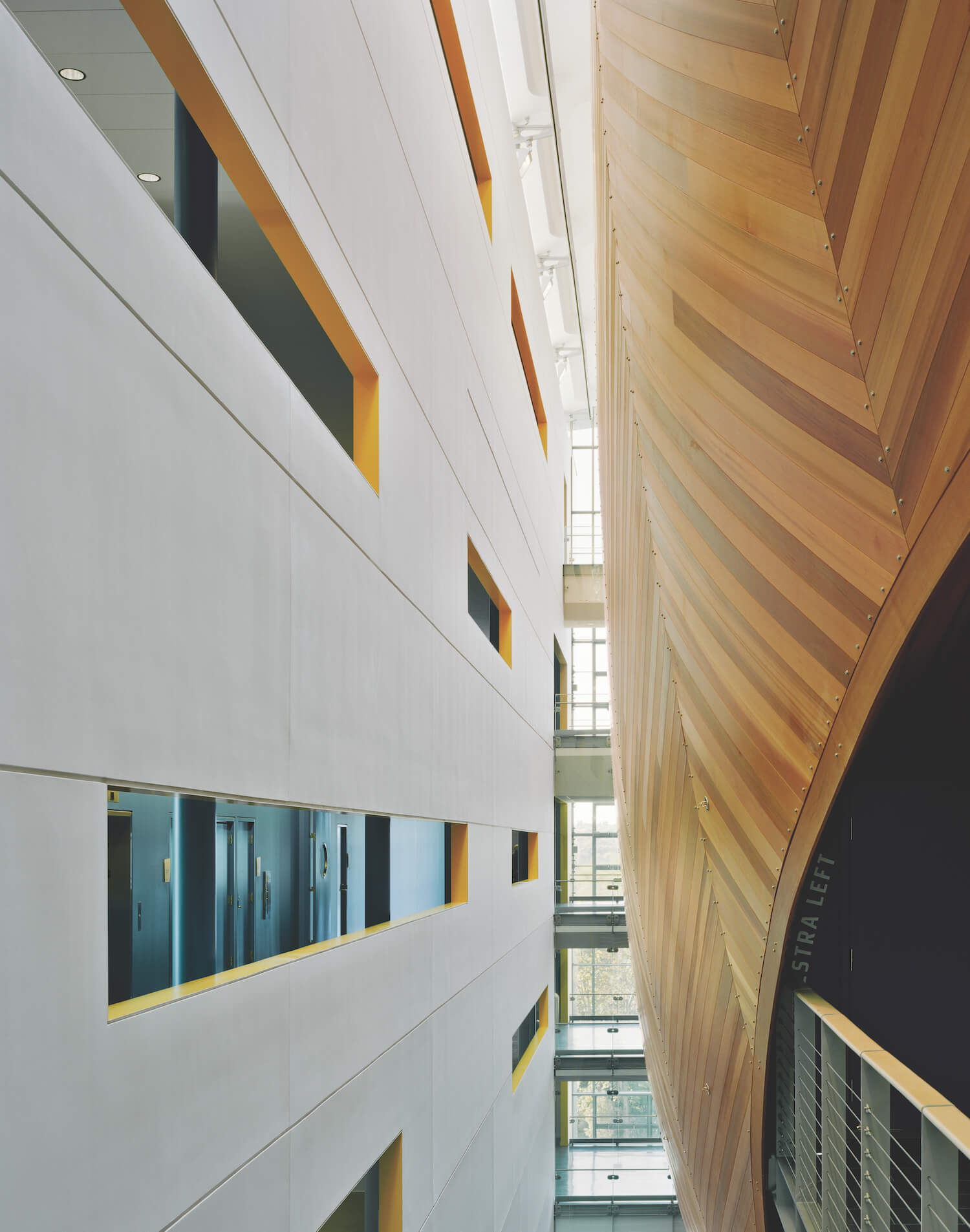 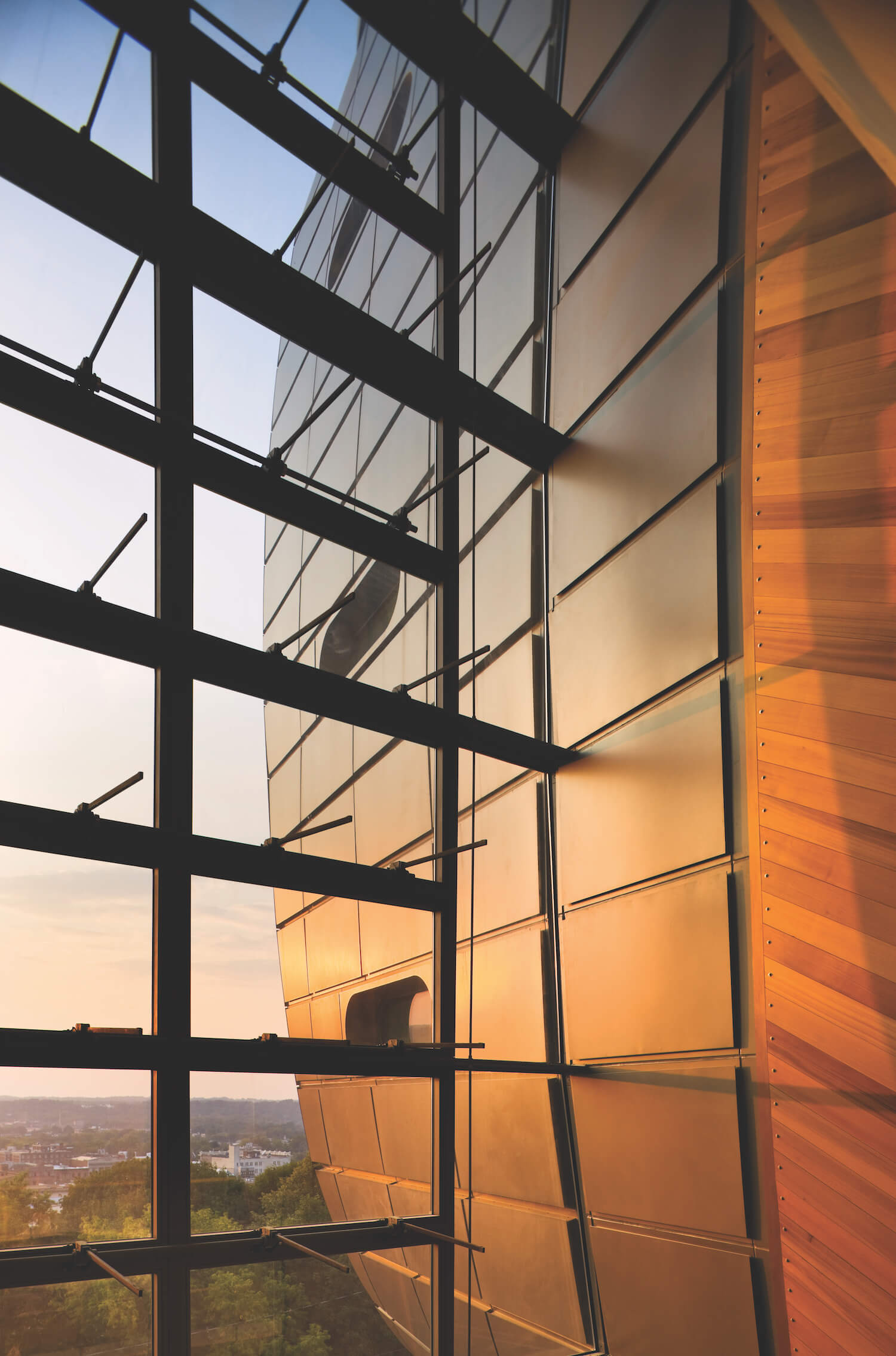 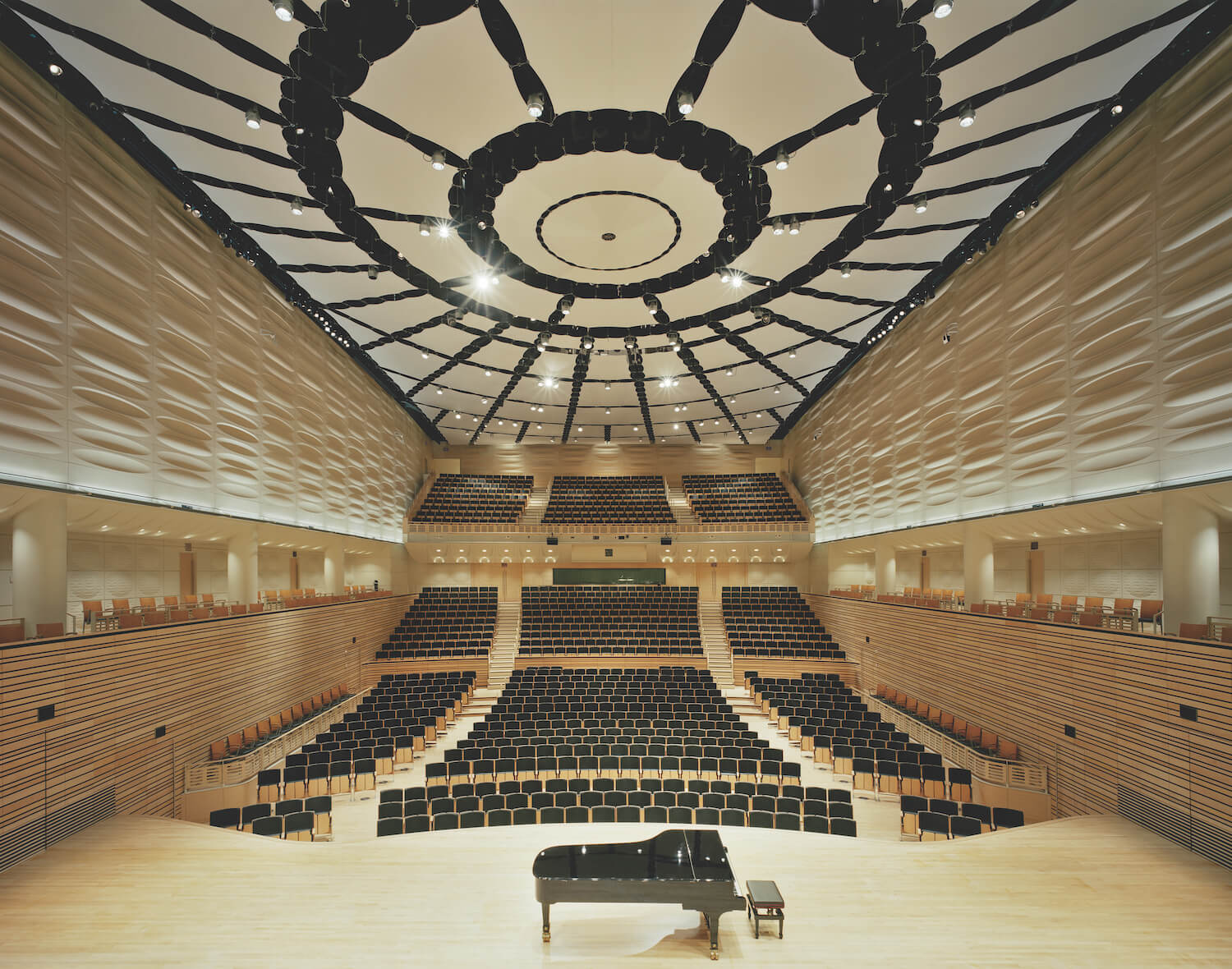 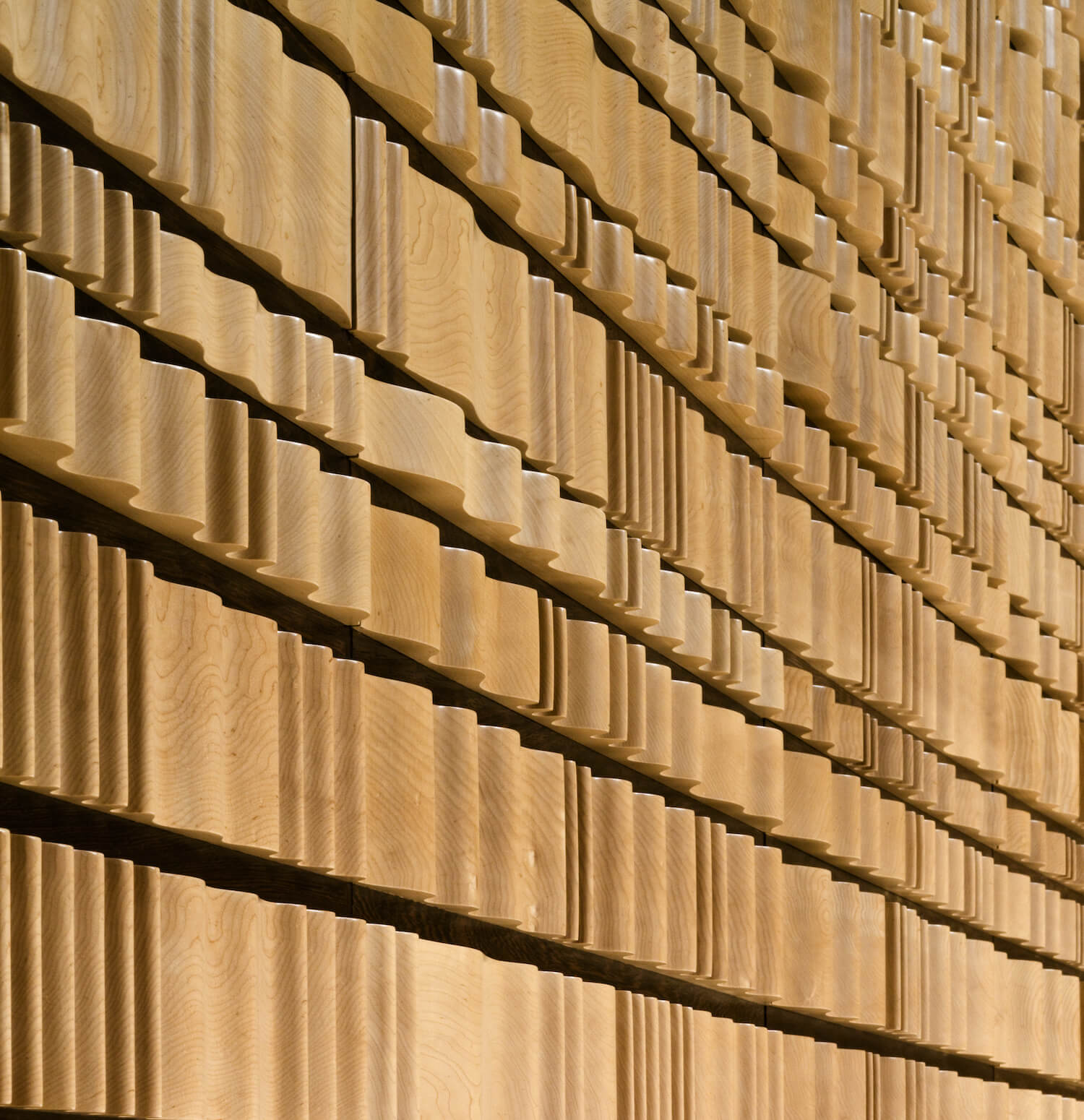 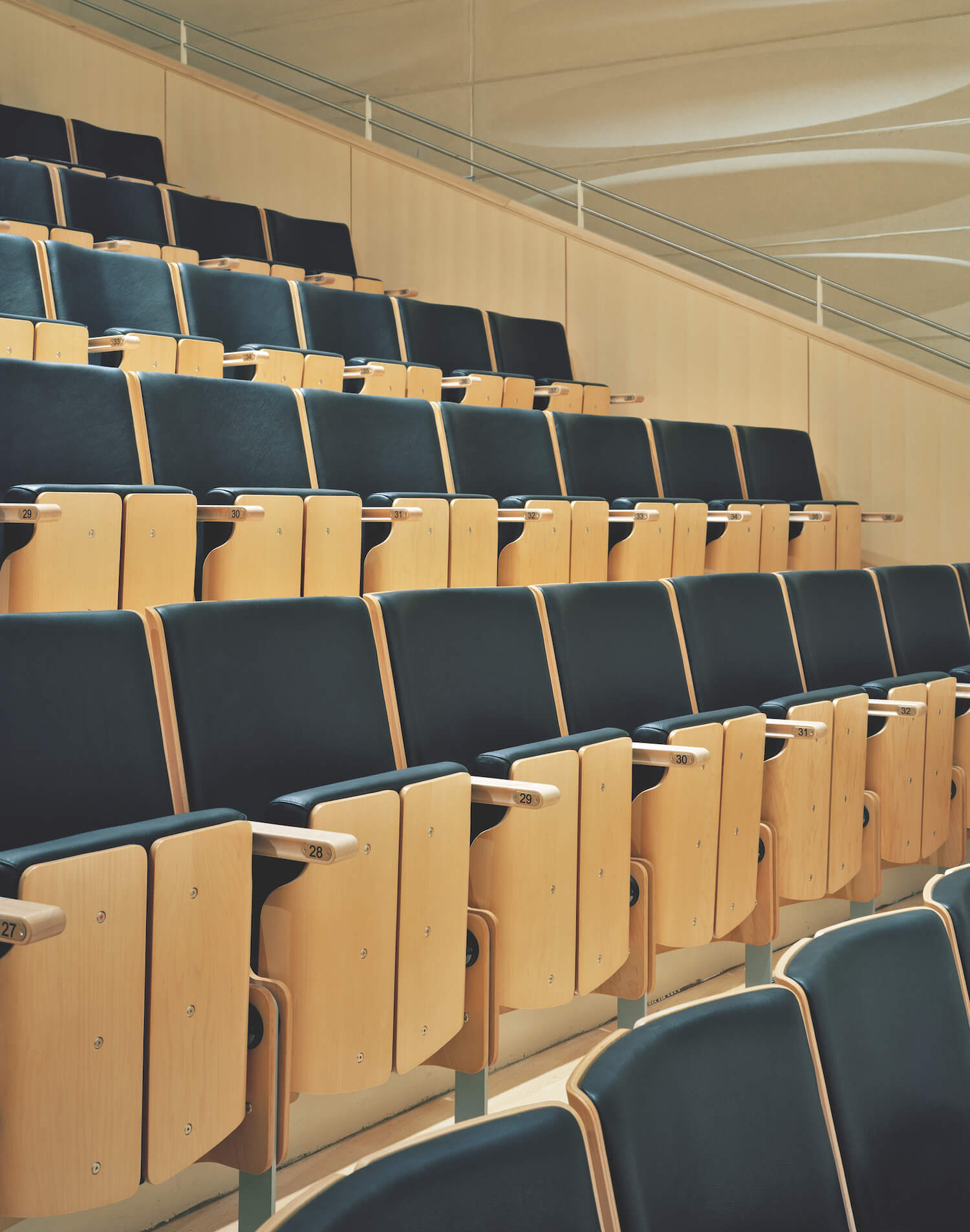 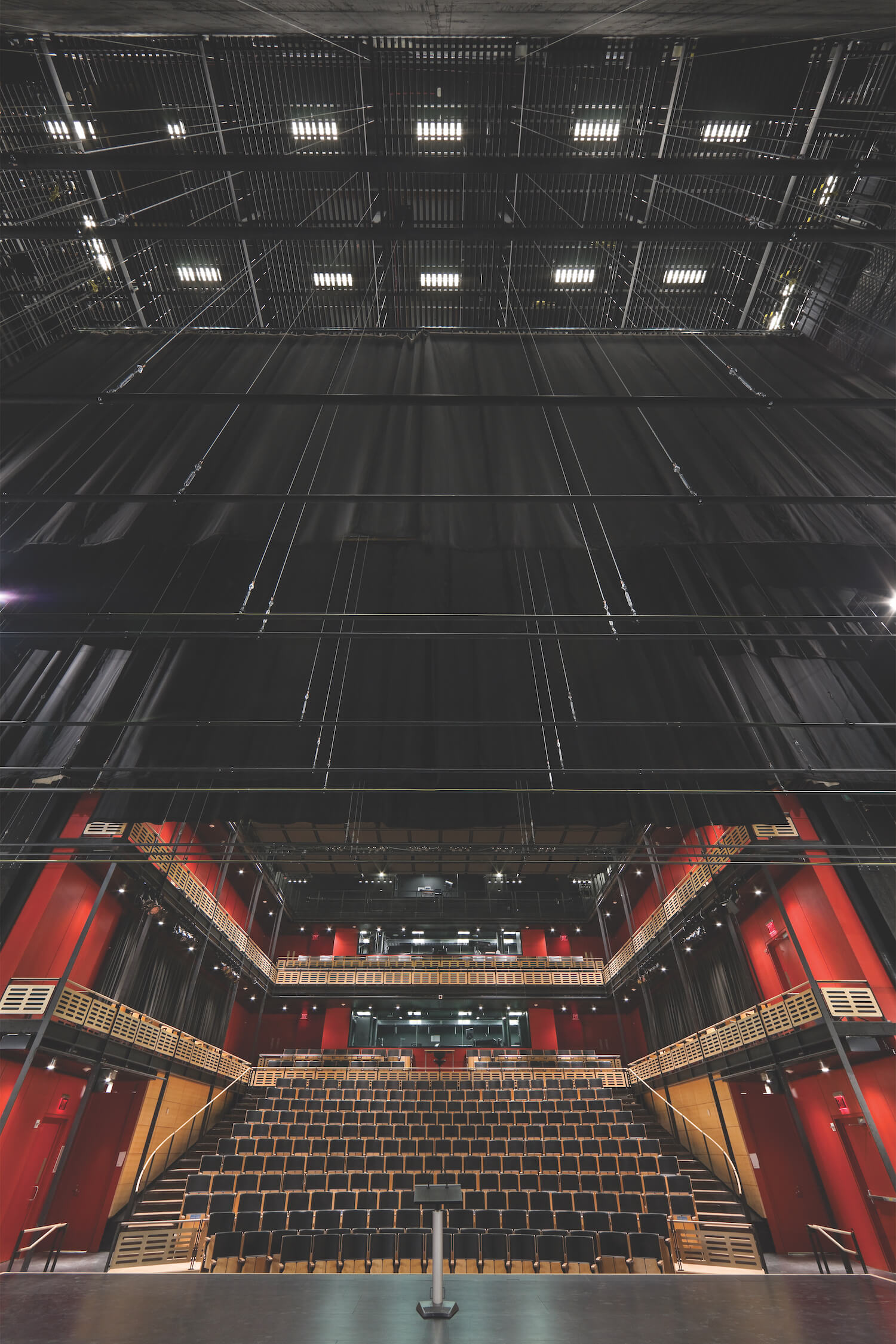 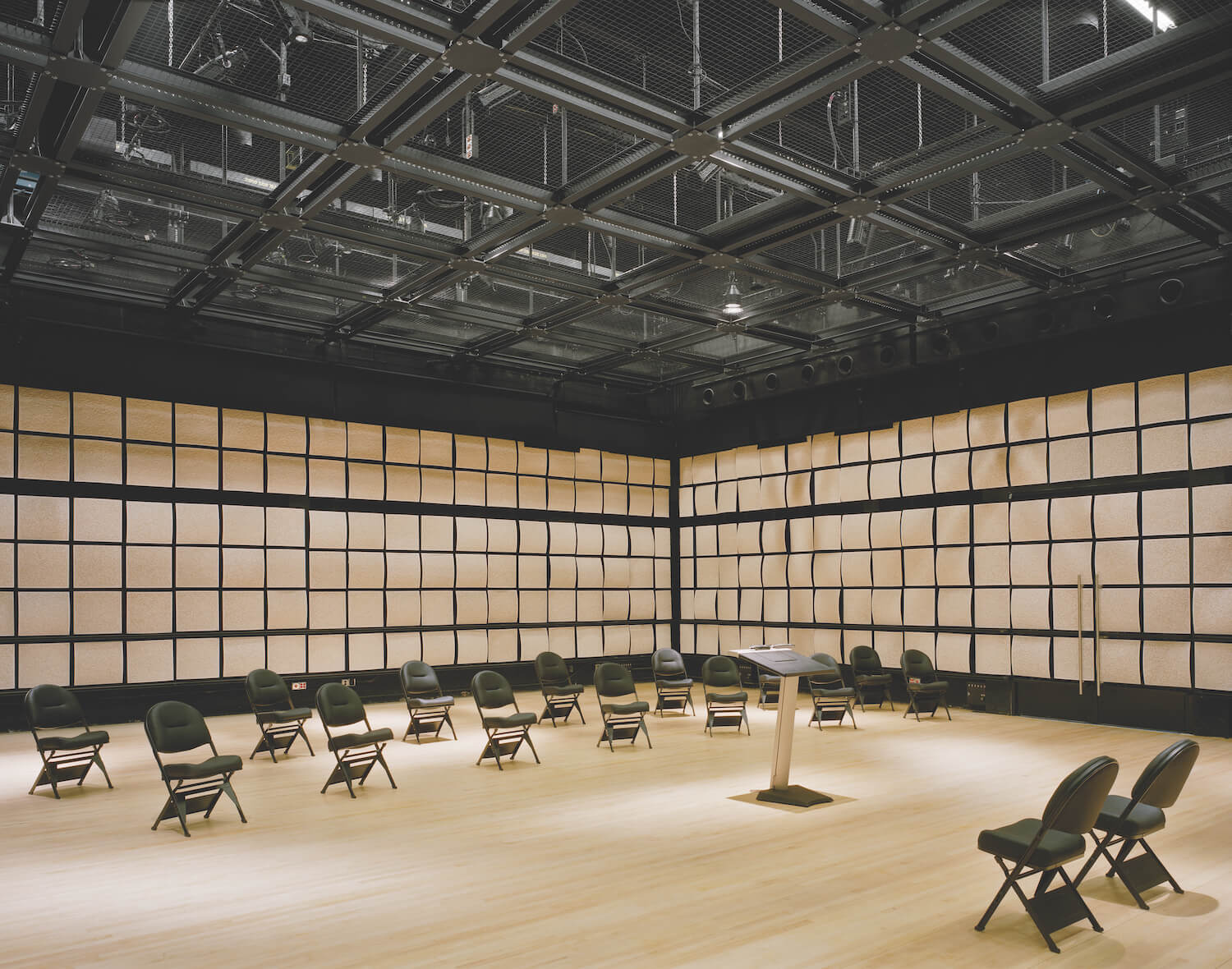 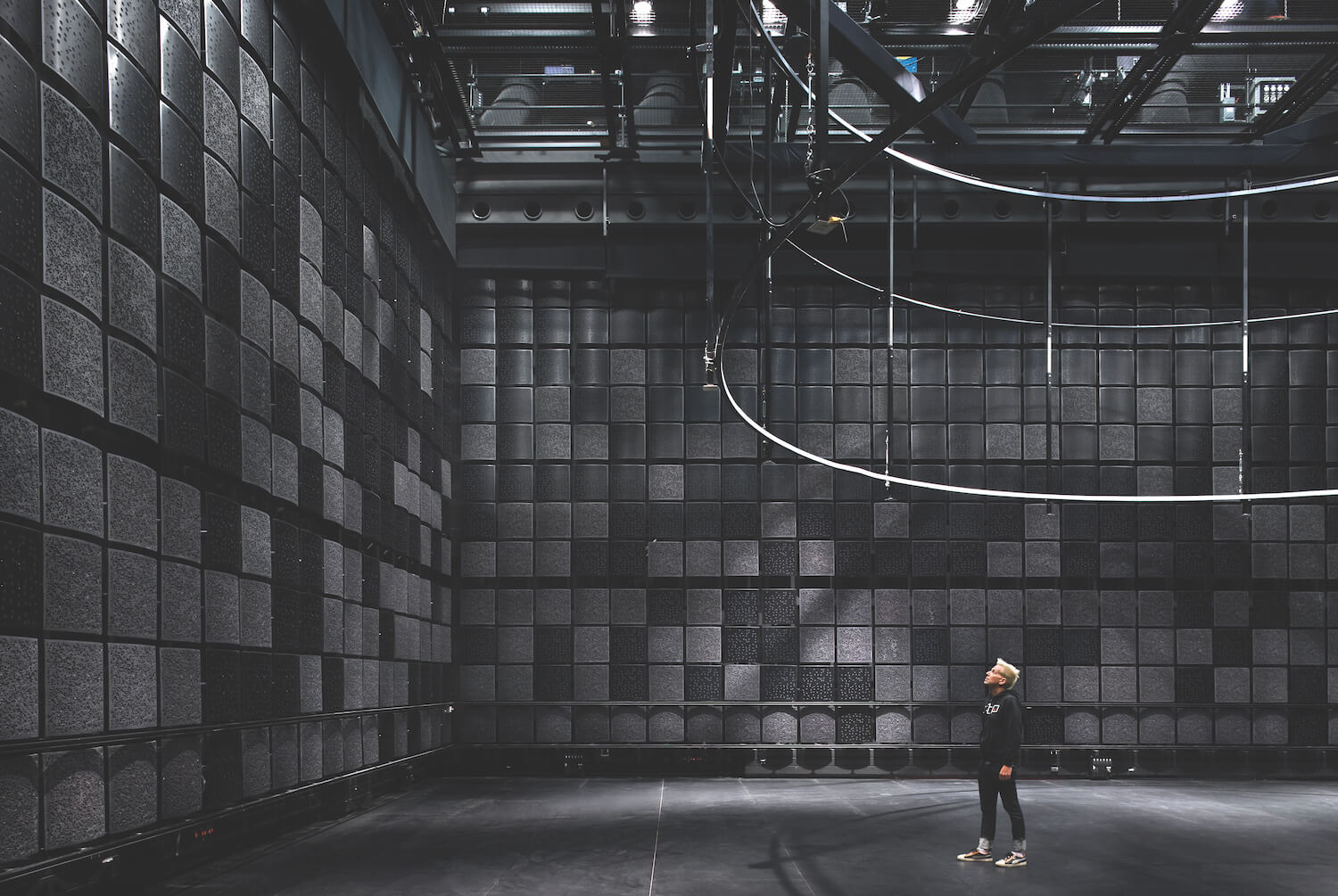 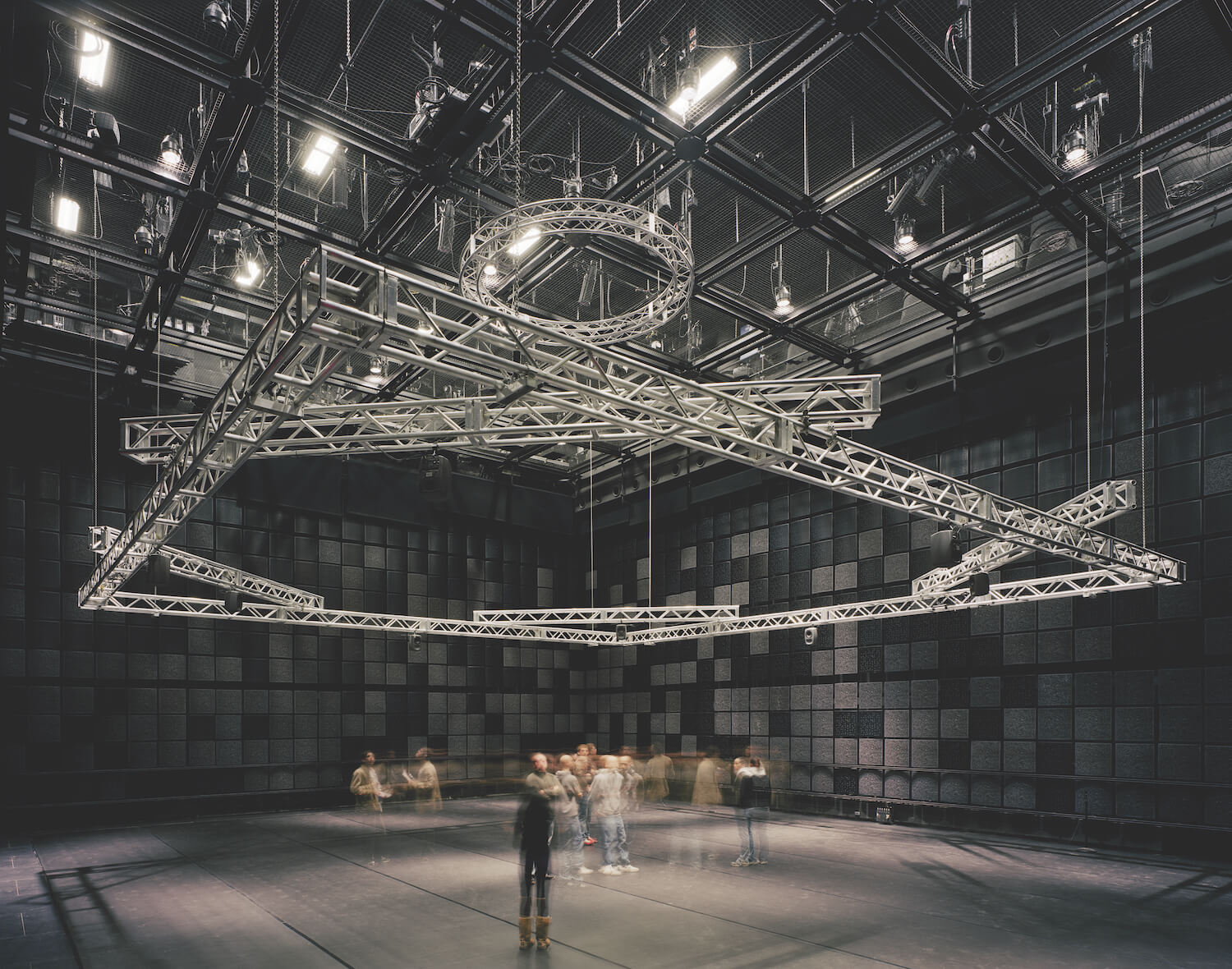 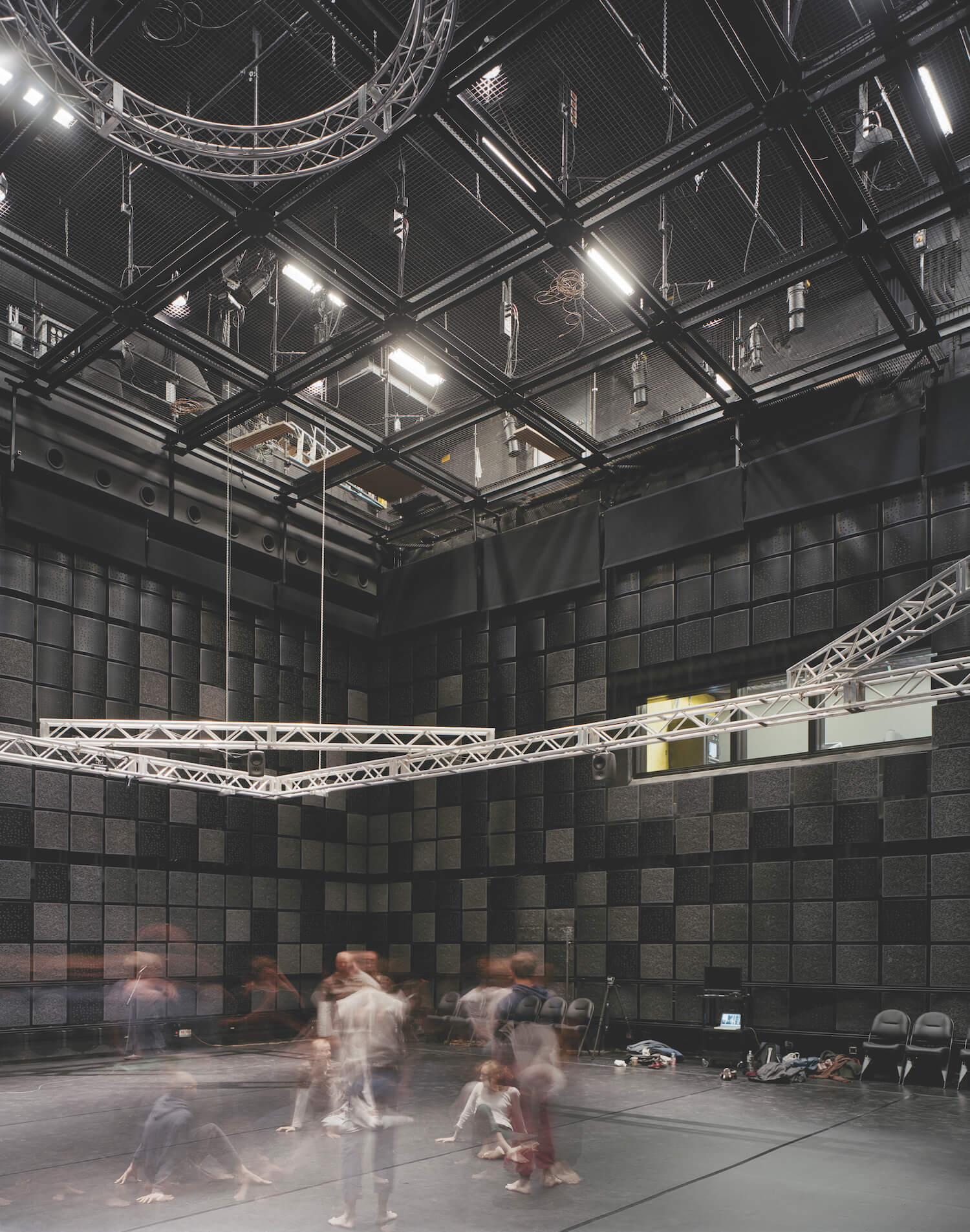 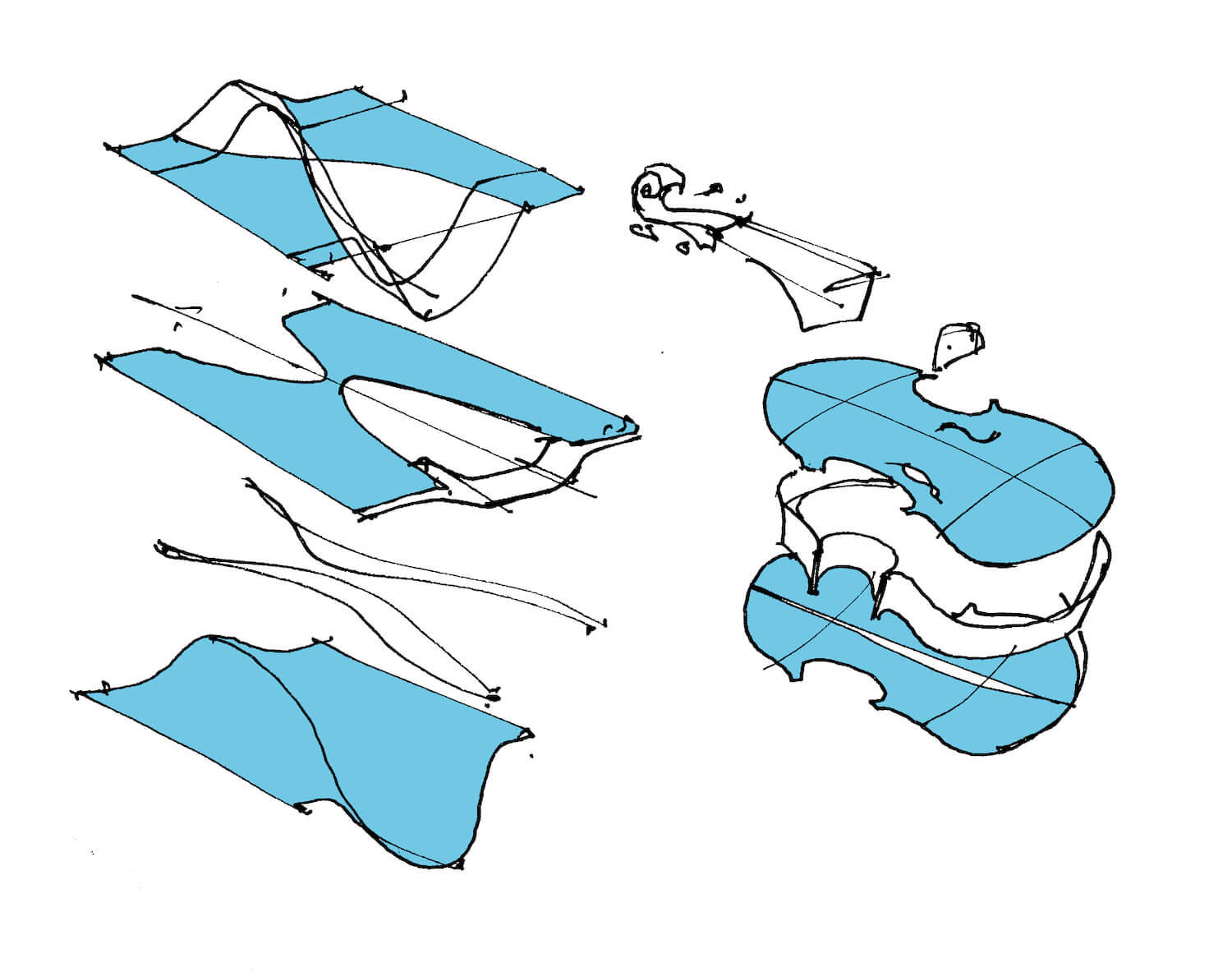 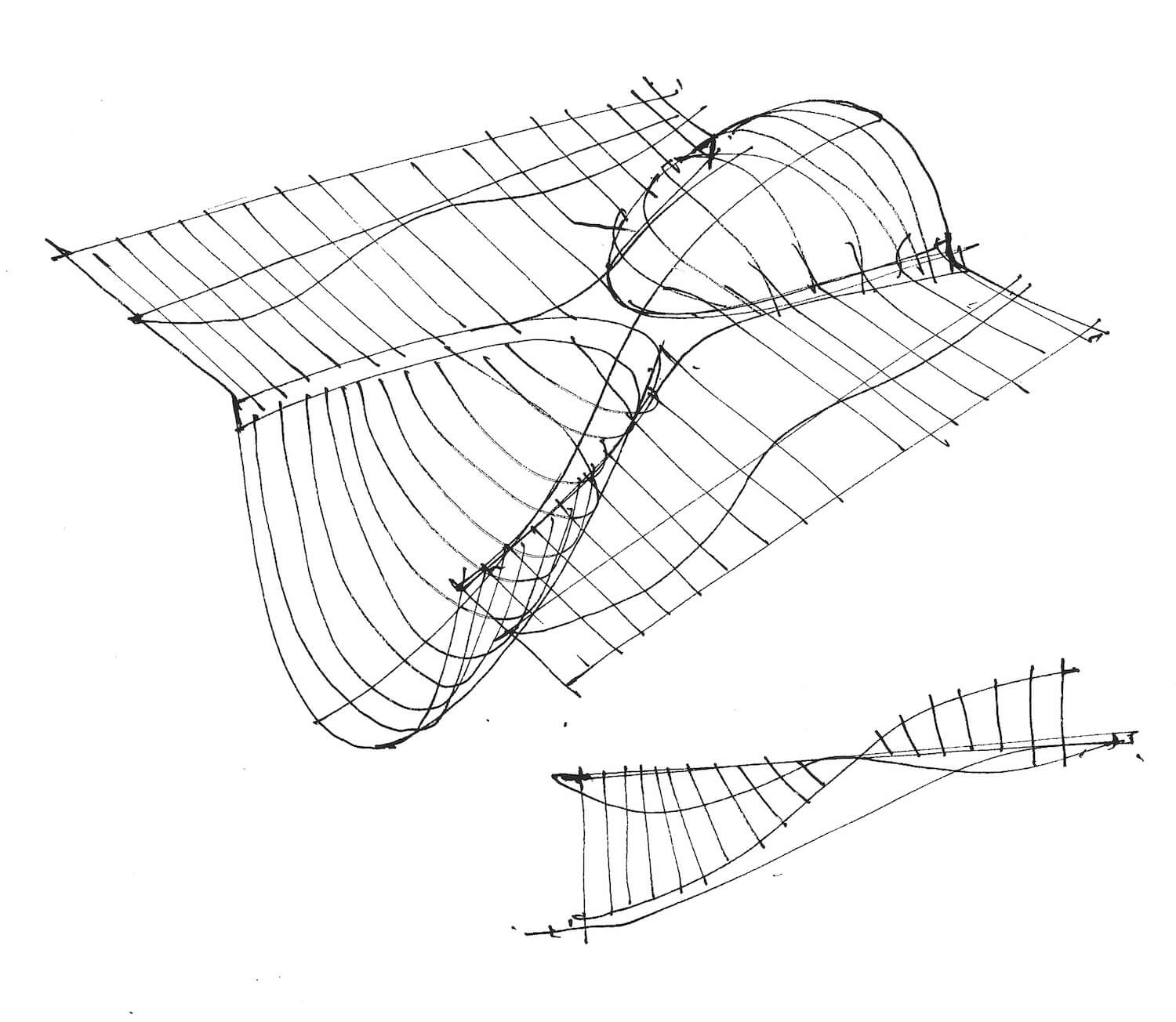 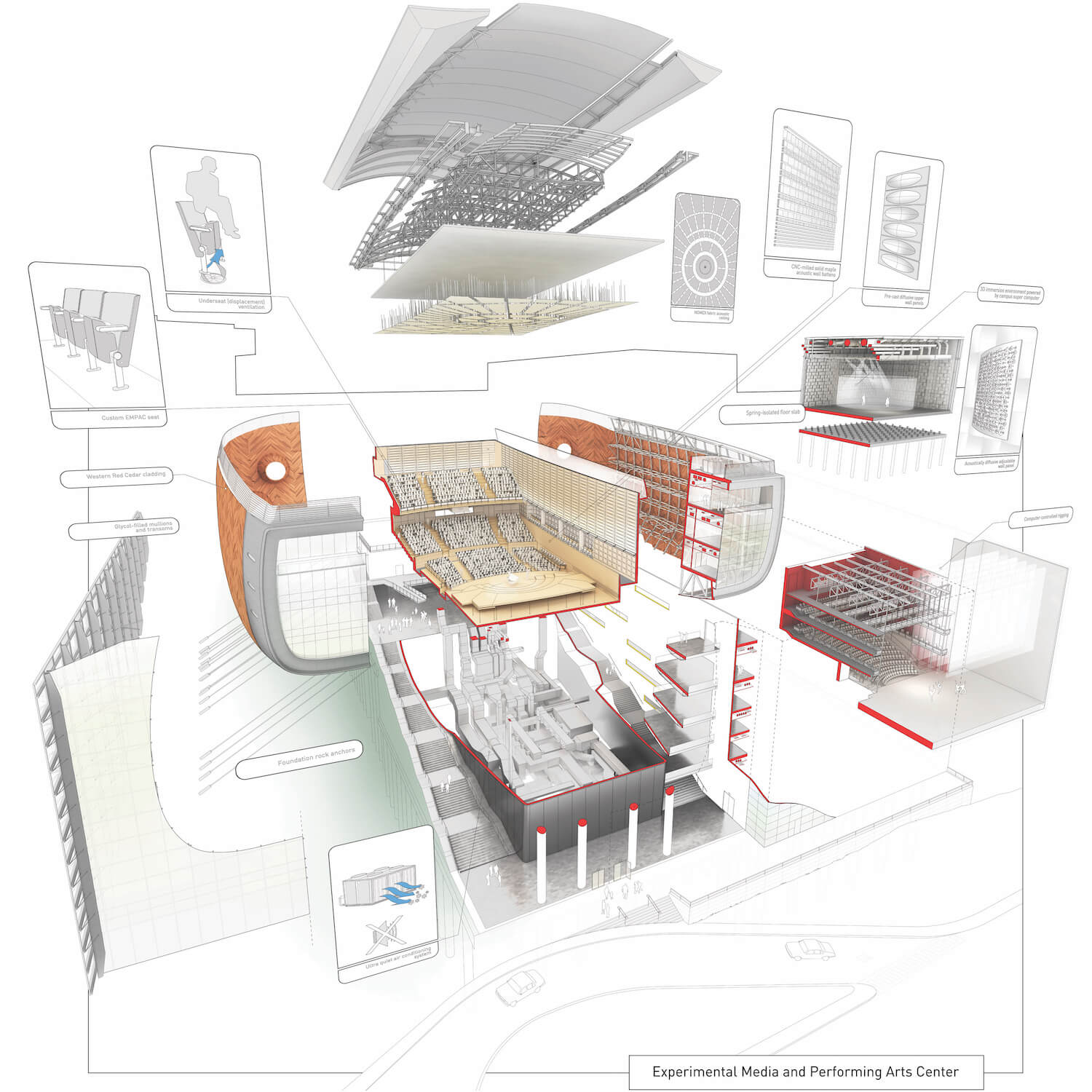 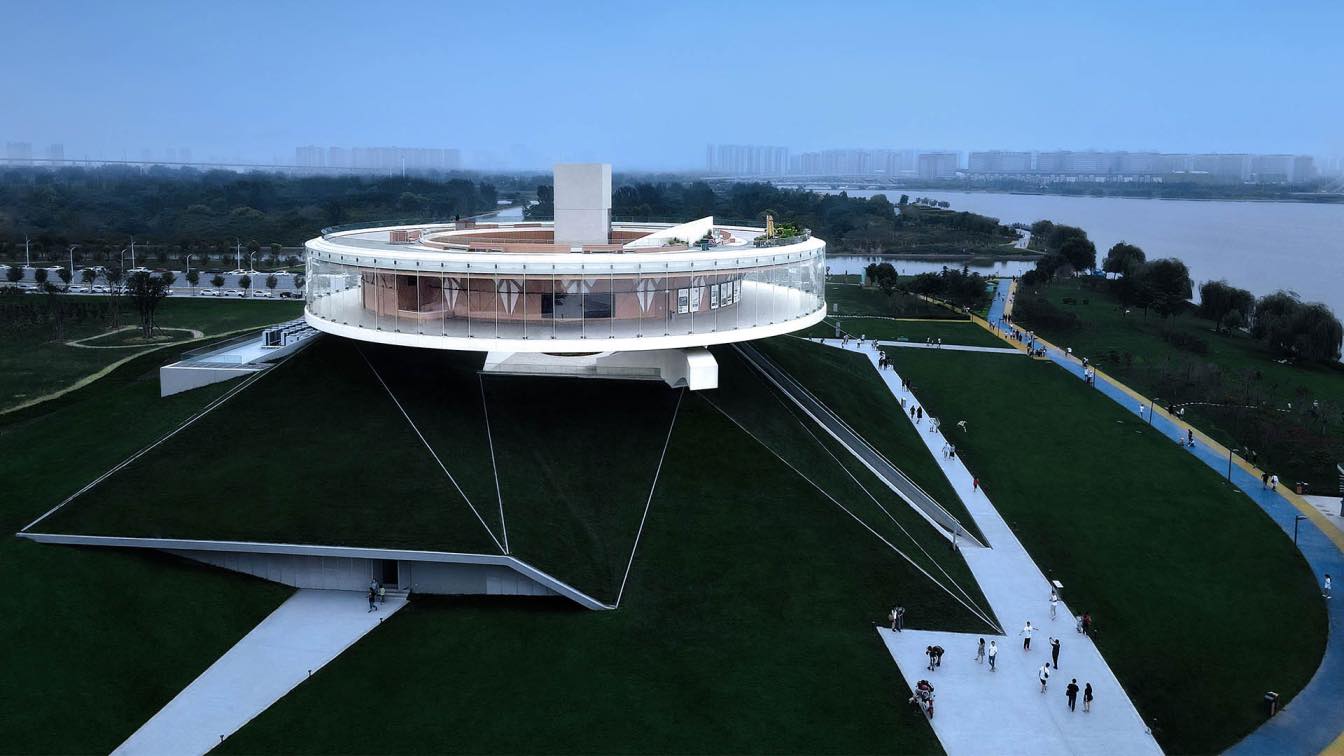 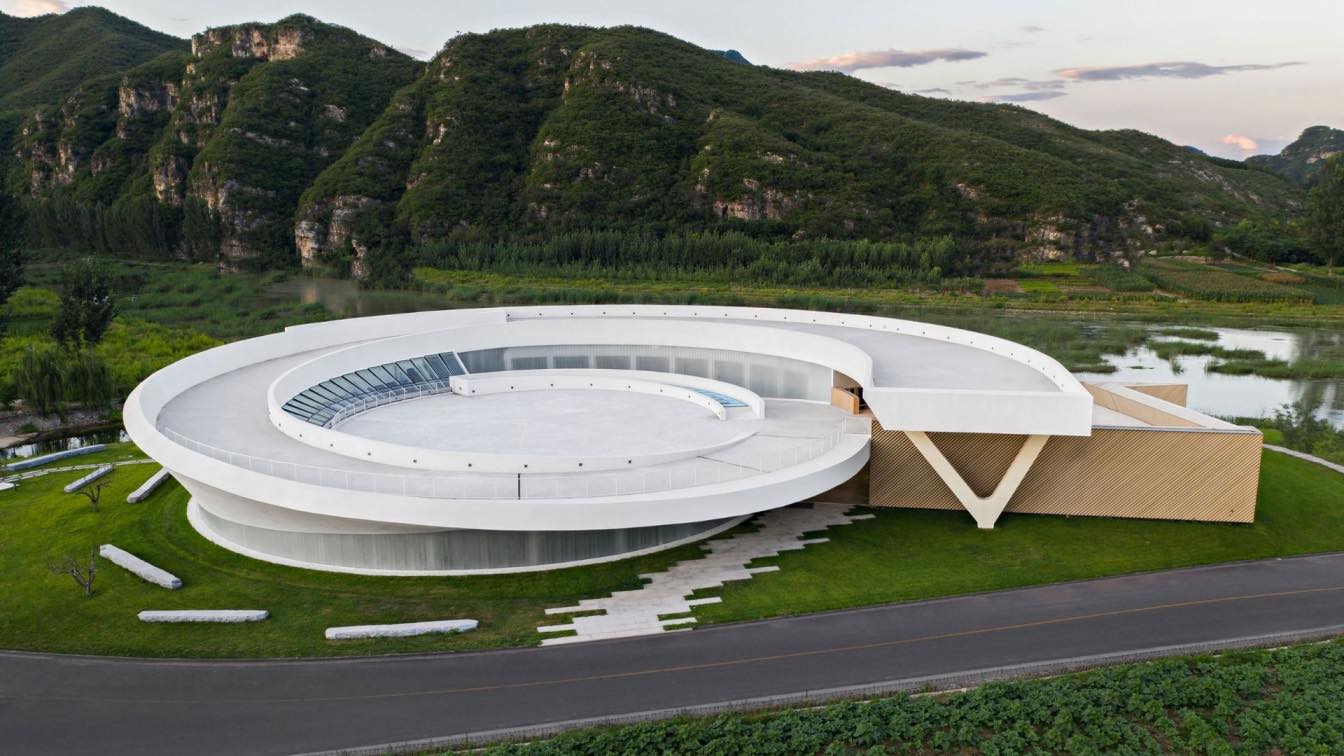 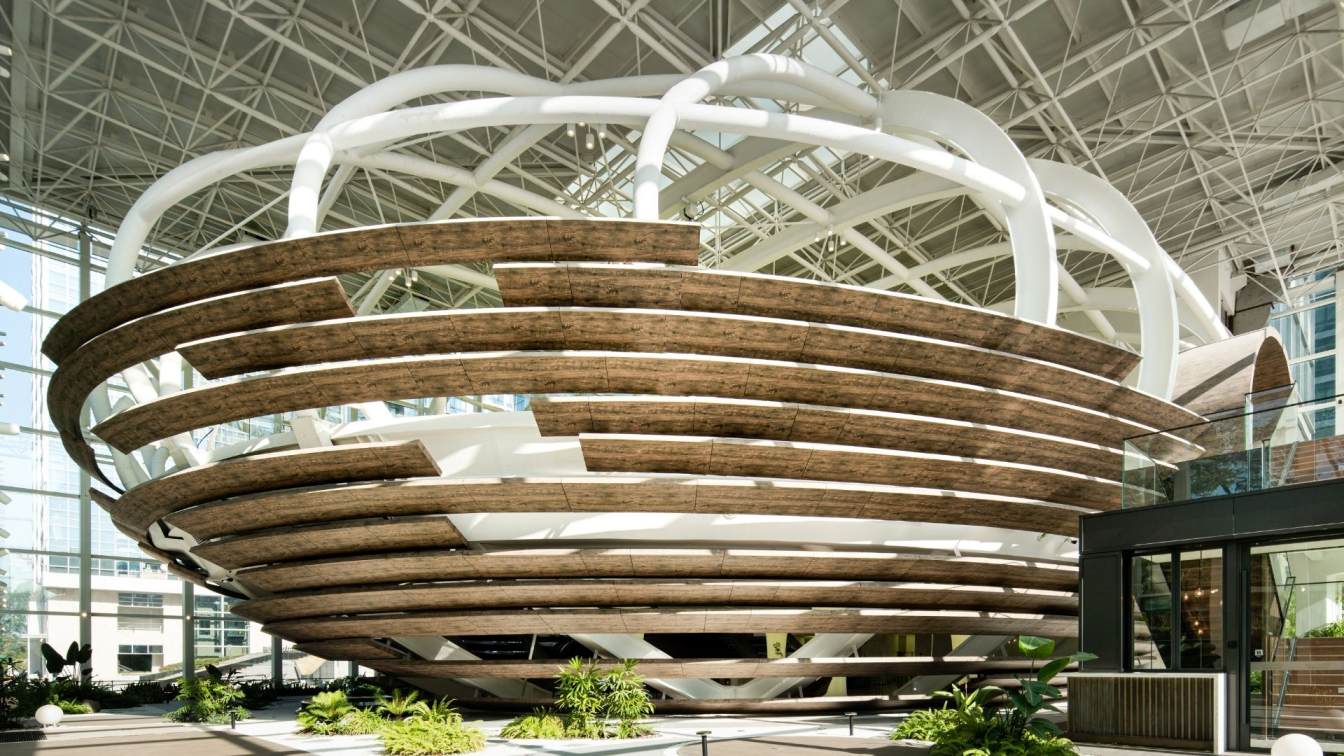 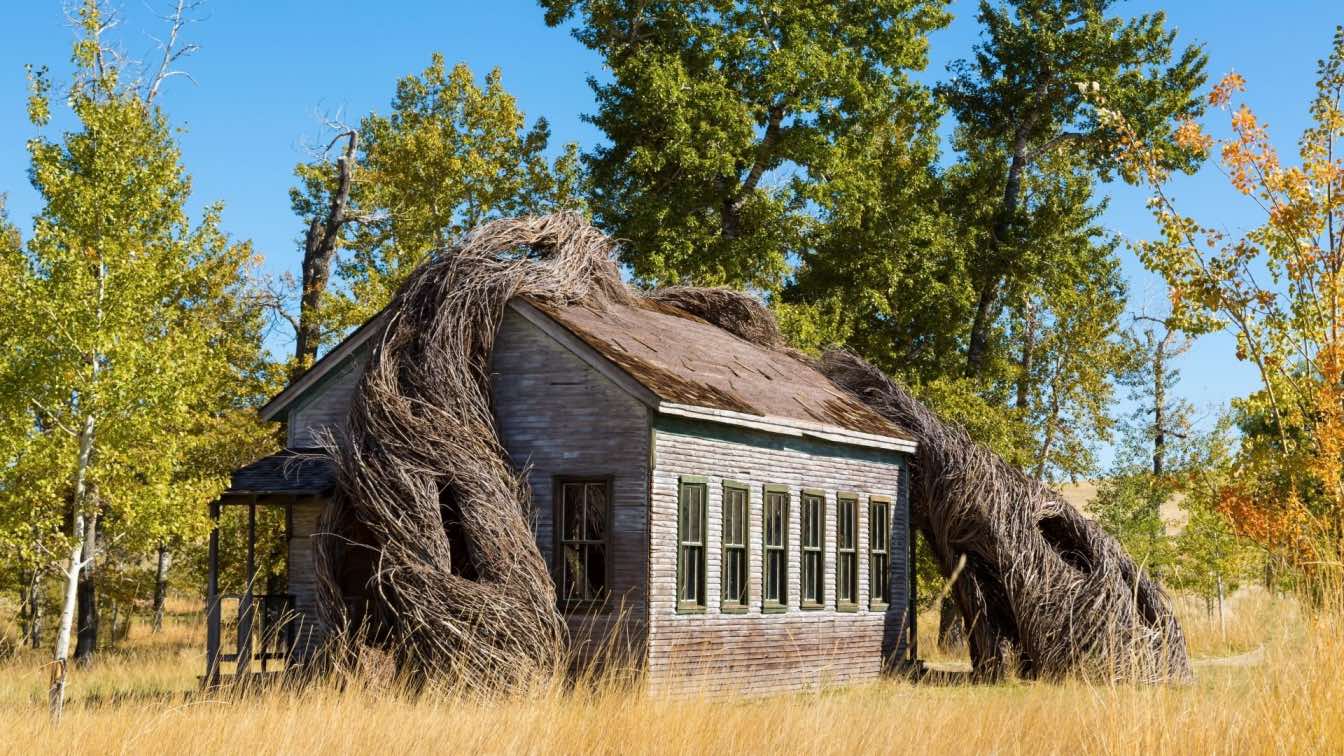