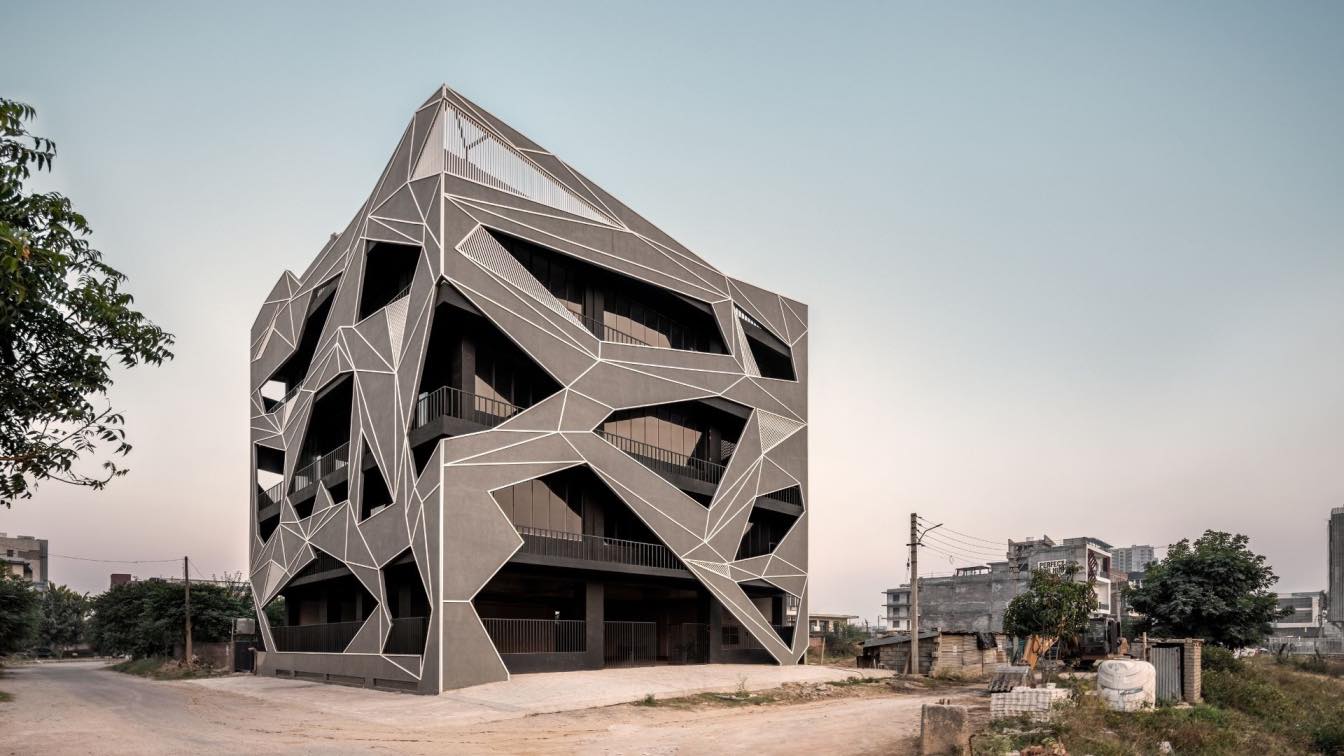 Studio Ardete: The chances of a commercial building losing its identity in a sea of clones of glass and steel are quite high. Le Corbusier, however, managed to craft an entire city's commercial and institutional complexes whilst imparting a unique character to each form. Tessalace is an endeavour in a similar direction – celebrating the materiality of concrete. Located in Sector 82, Mohali, an upcoming industrial area, this project is a commercial building with an objective to lease out typical floors as offices for corporates and IT organisations. However, the design intent was to craft a commercial building with a soul and distinct personality.

The building earned the name, "Tessalace" owing to its tessellated façade design. Oxford dictionary defines, tessellate – as a pattern of repeated shapes, especially polygons that fit together closely without gaps or overlapping. Visibly, the structure of the building is enveloped in a membrane of tessellated polygons, an array of solid and voids in tones of grey and white. 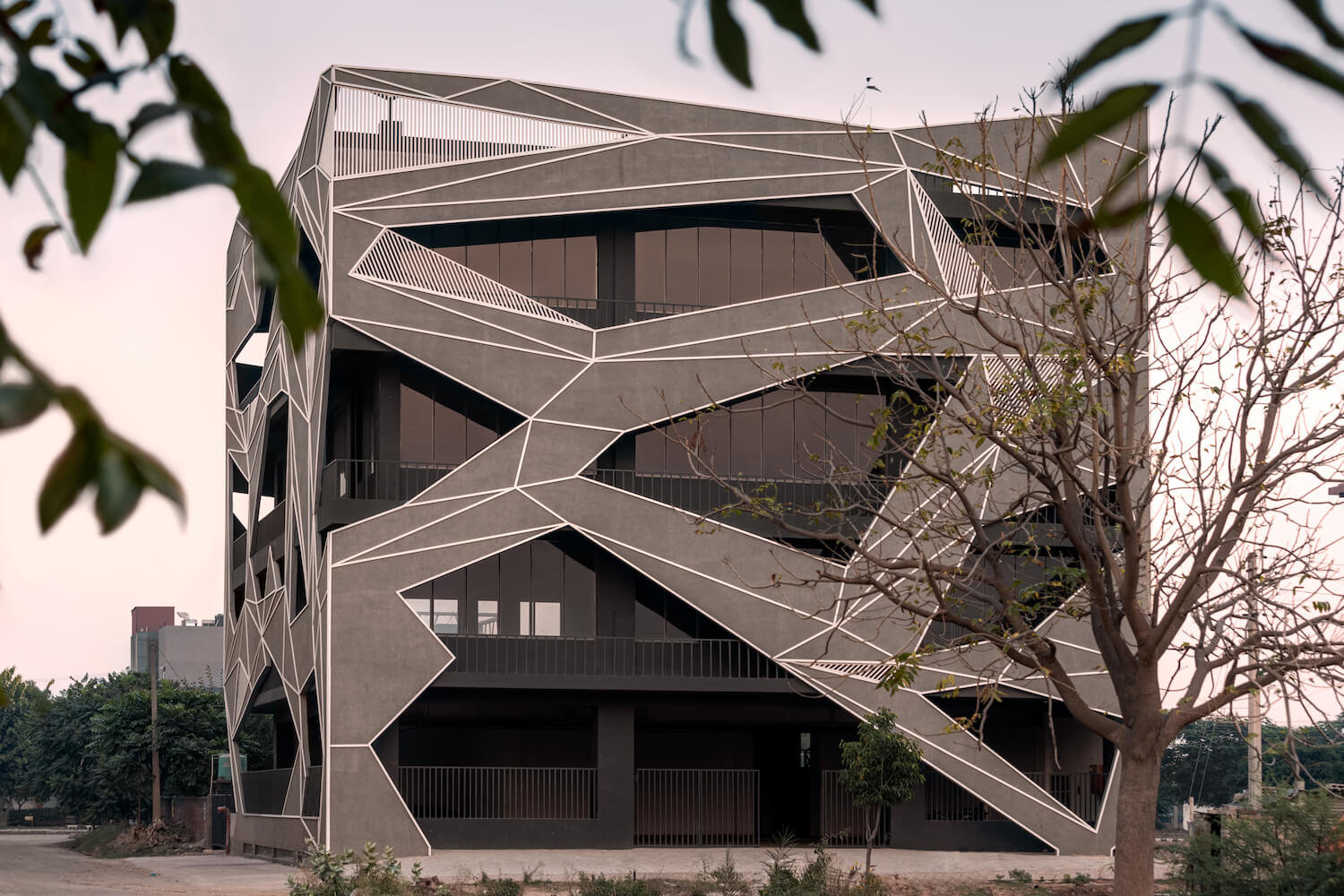 The graphical RCC façade, abstract with acute angles pulled in different directions, is tied together homogeneously. The envelope is a tessellated composition of polygons highlighted with white MS flat members and an array of horizontal white MS members filling up some of the void polygons. The diversity of planes, some solid outlined in white, while the others screened spark curiosity and establish an instant engaging connection with the visitor.

Series of polygonal facets composed in a poetic fashion impart a vivid and distinct persona to the building. The Tessalace rises as a torchbearer of contextual response amidst the sea of look-alike, mundane and dreary commercial buildings. 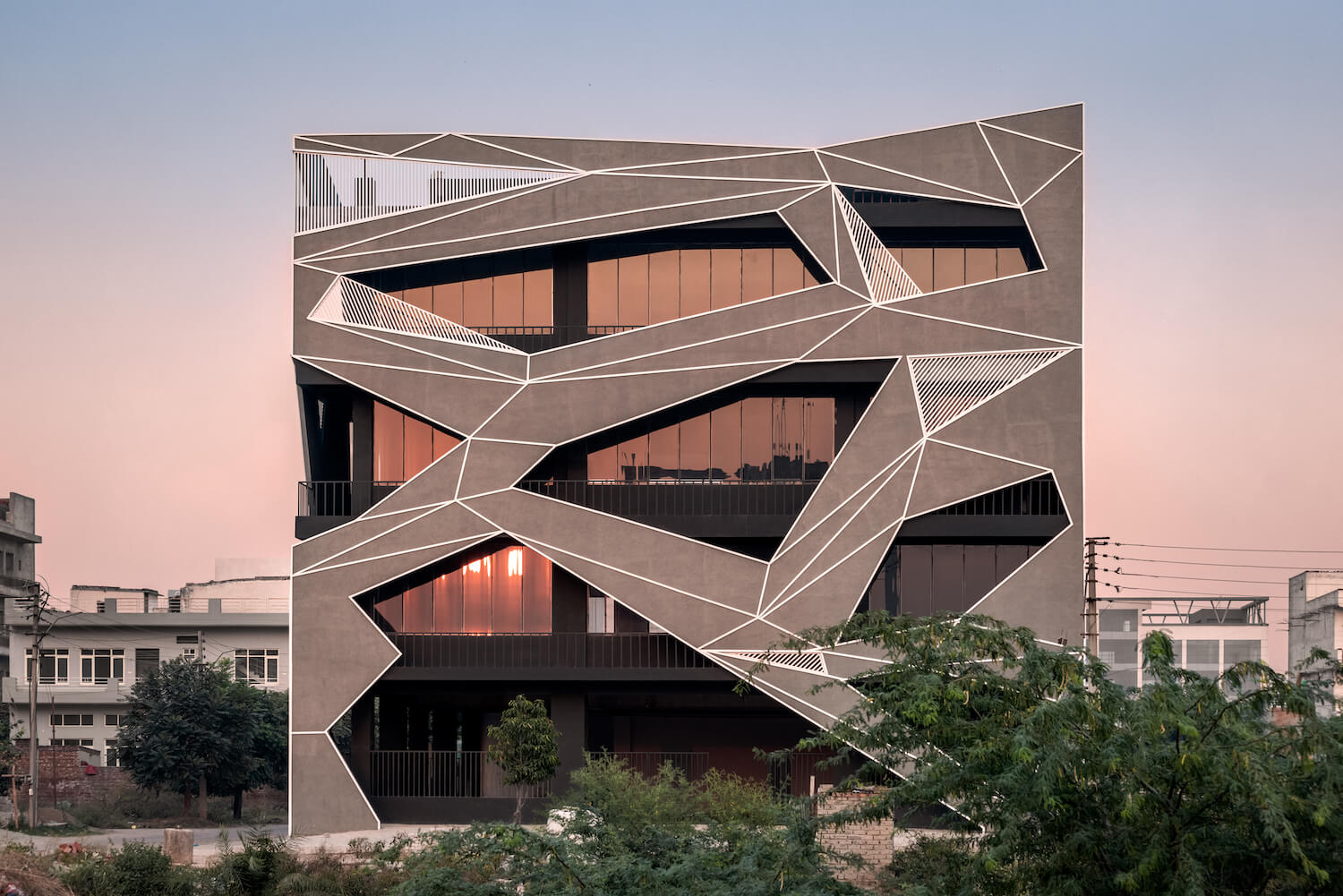 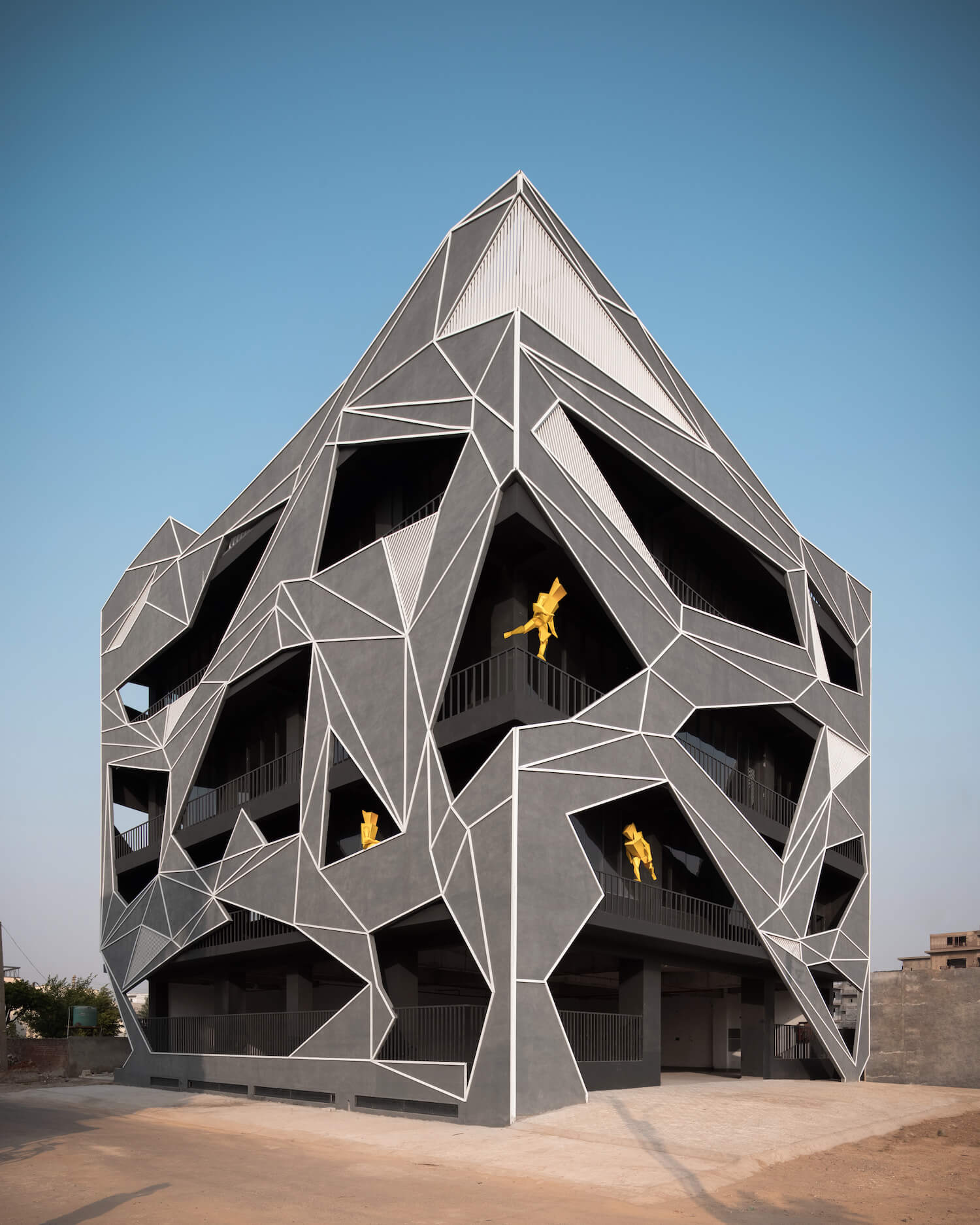 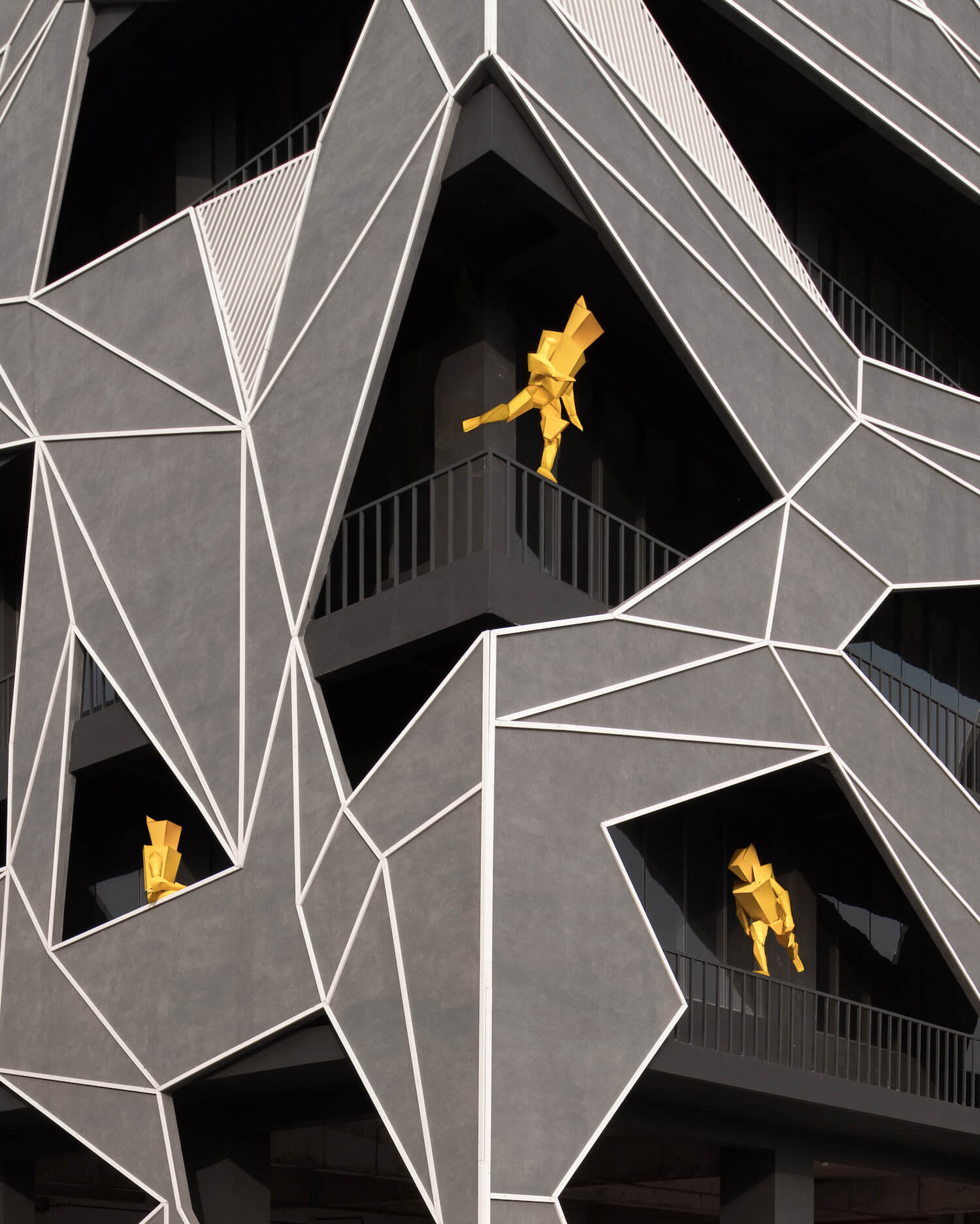 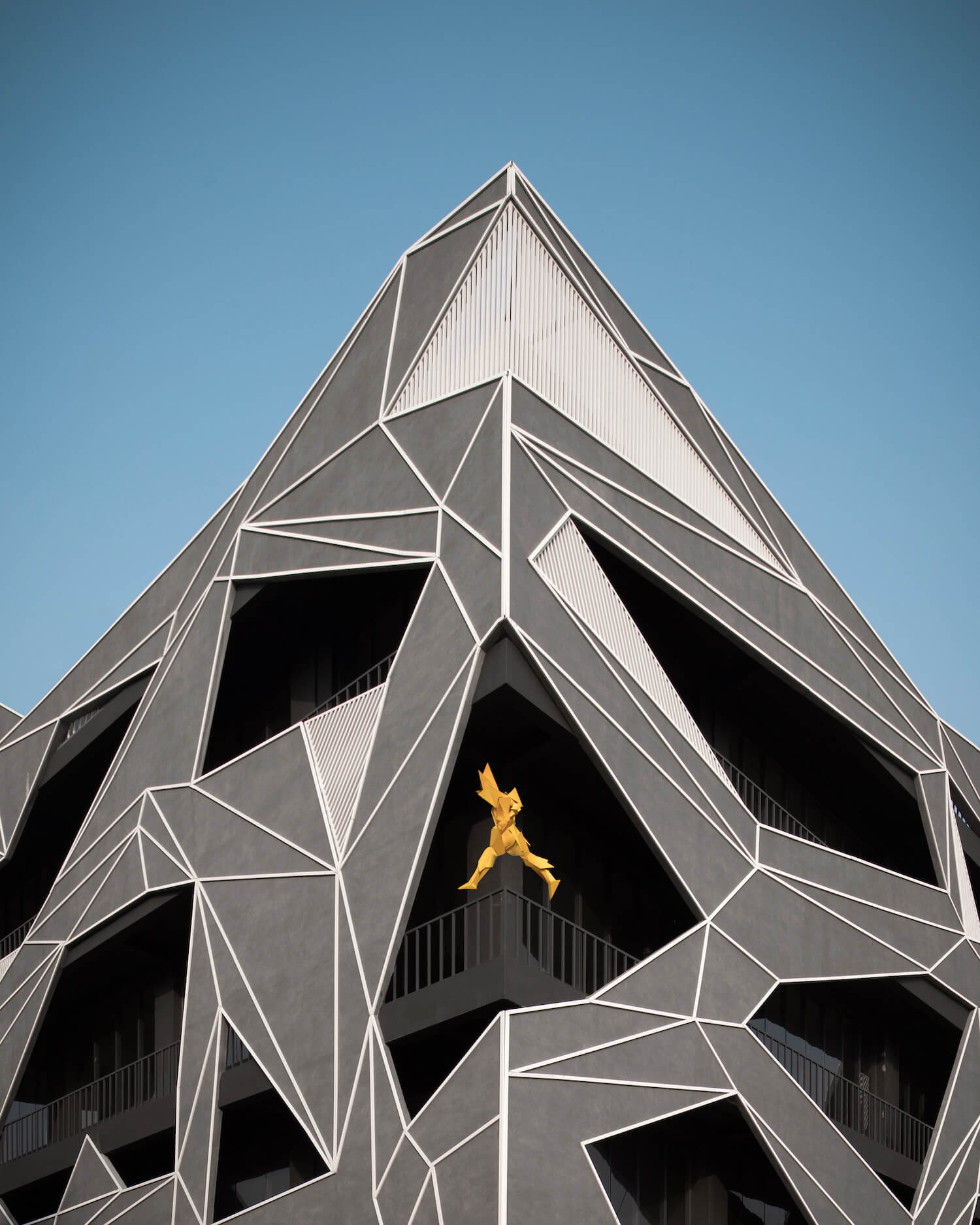 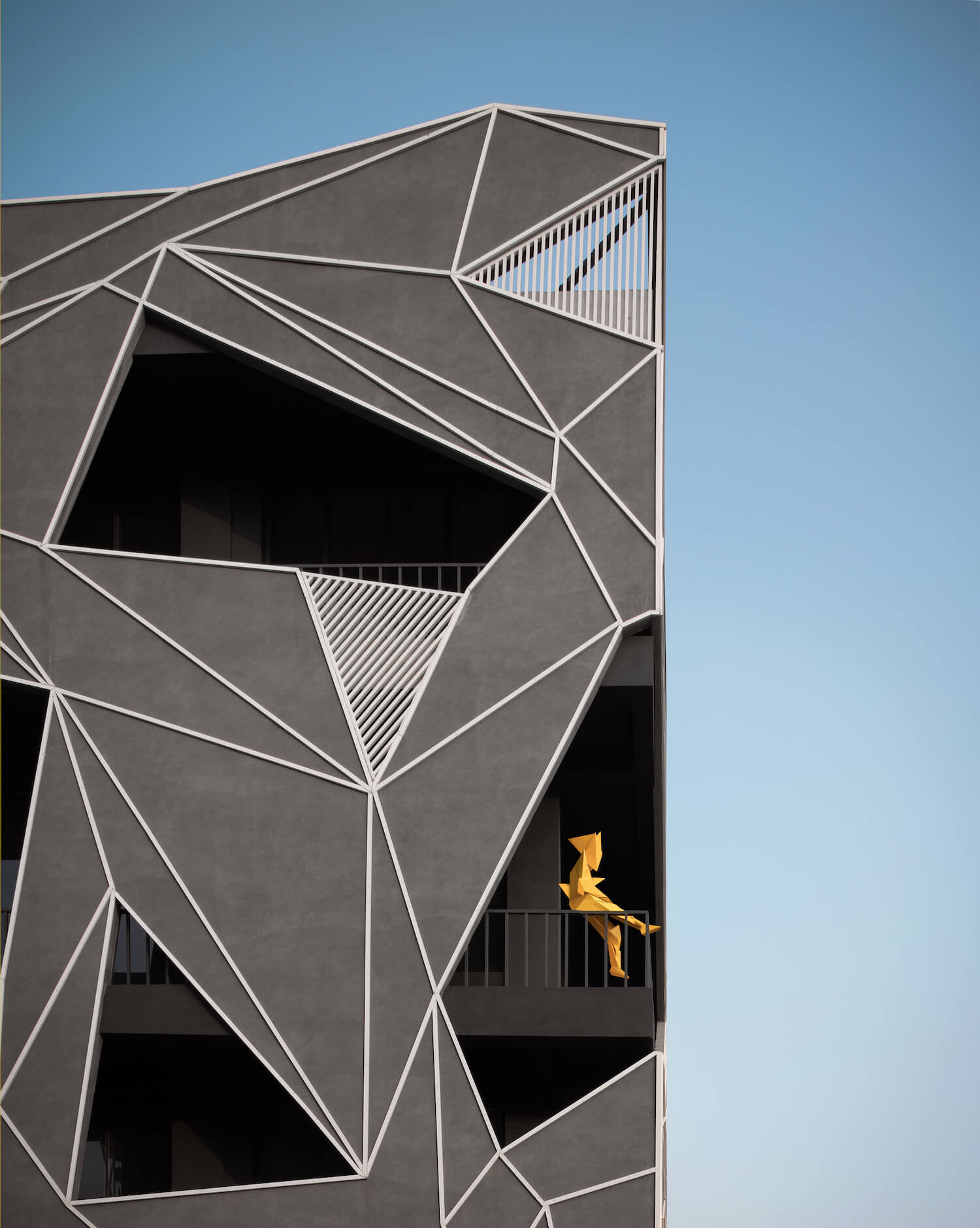 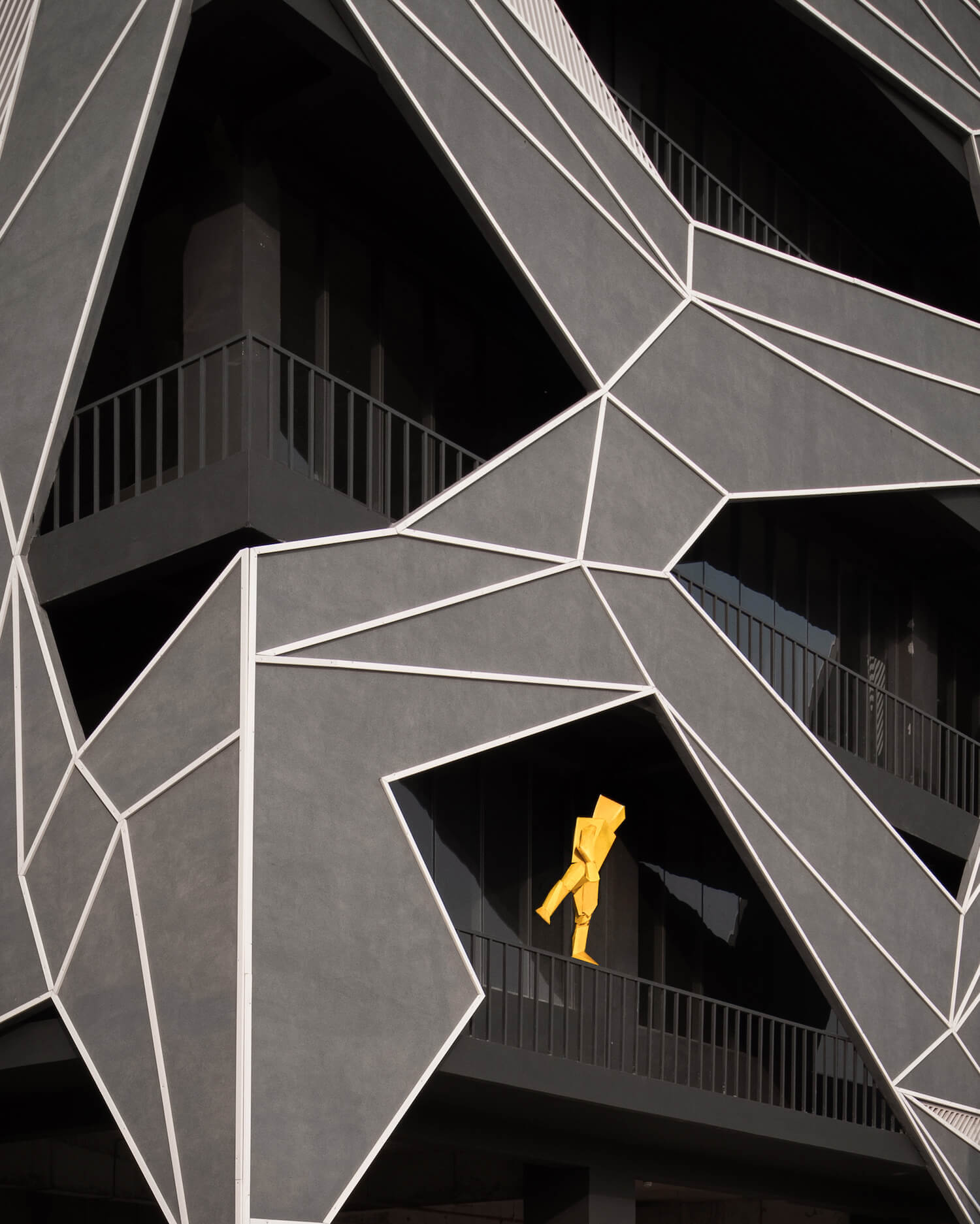 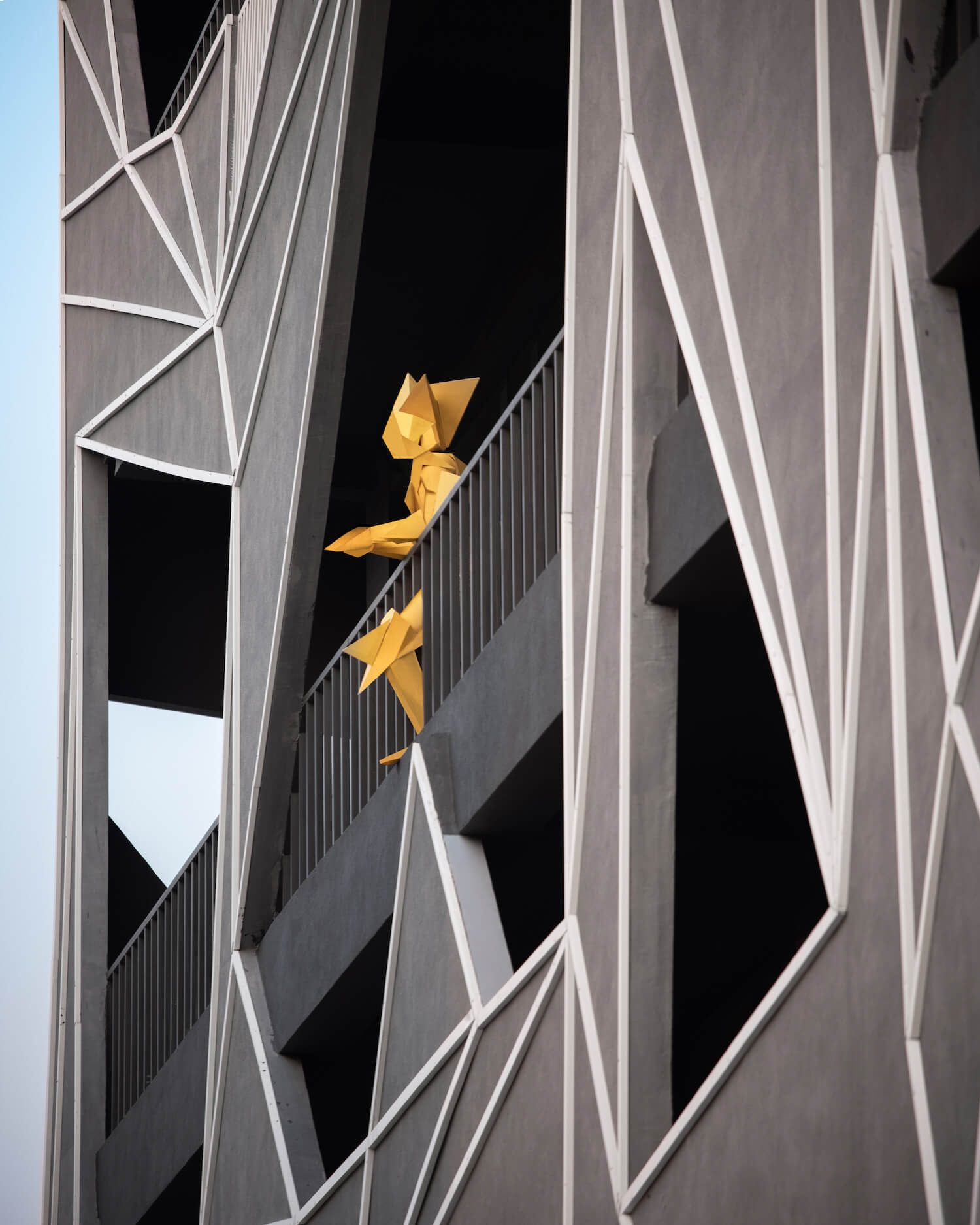 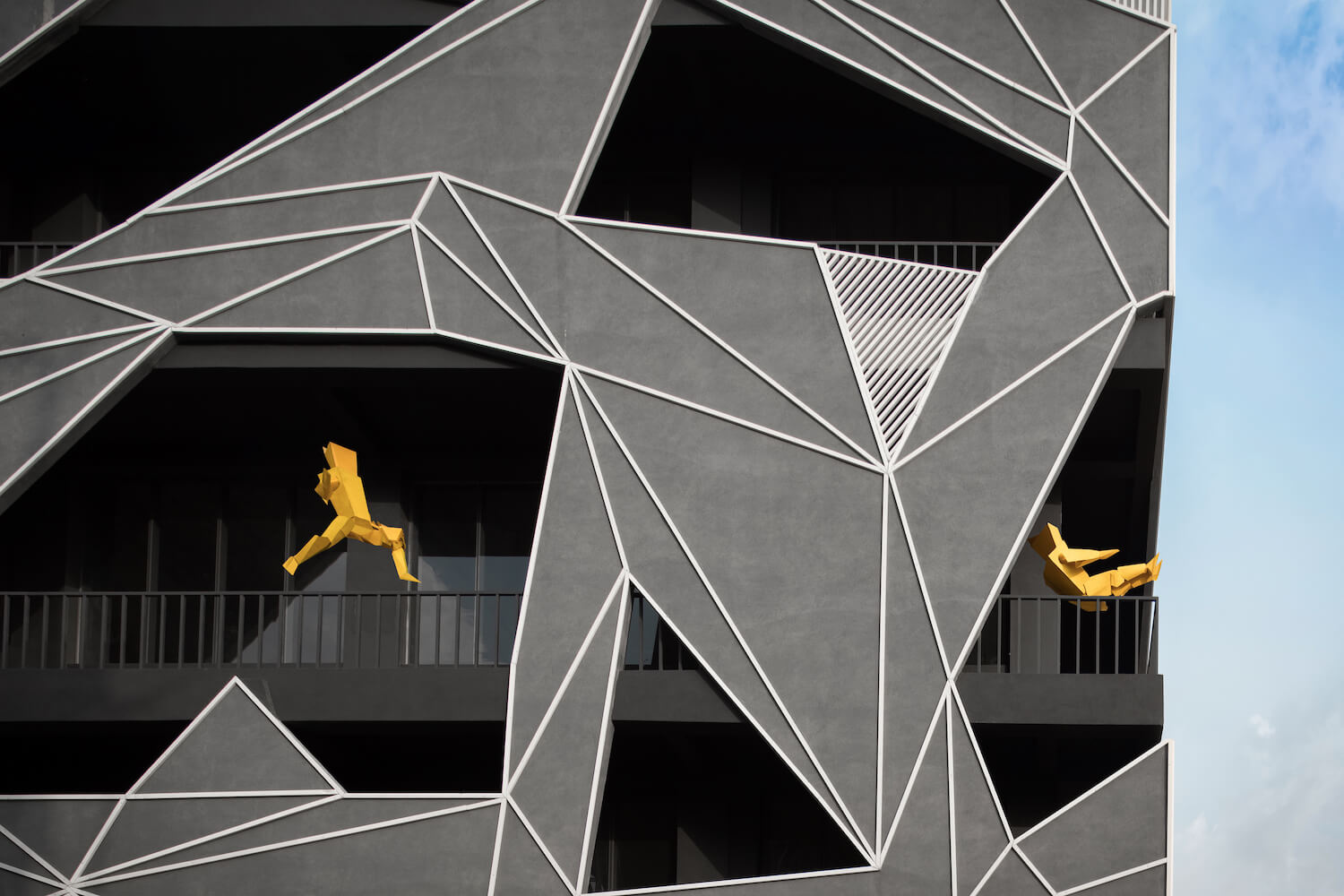 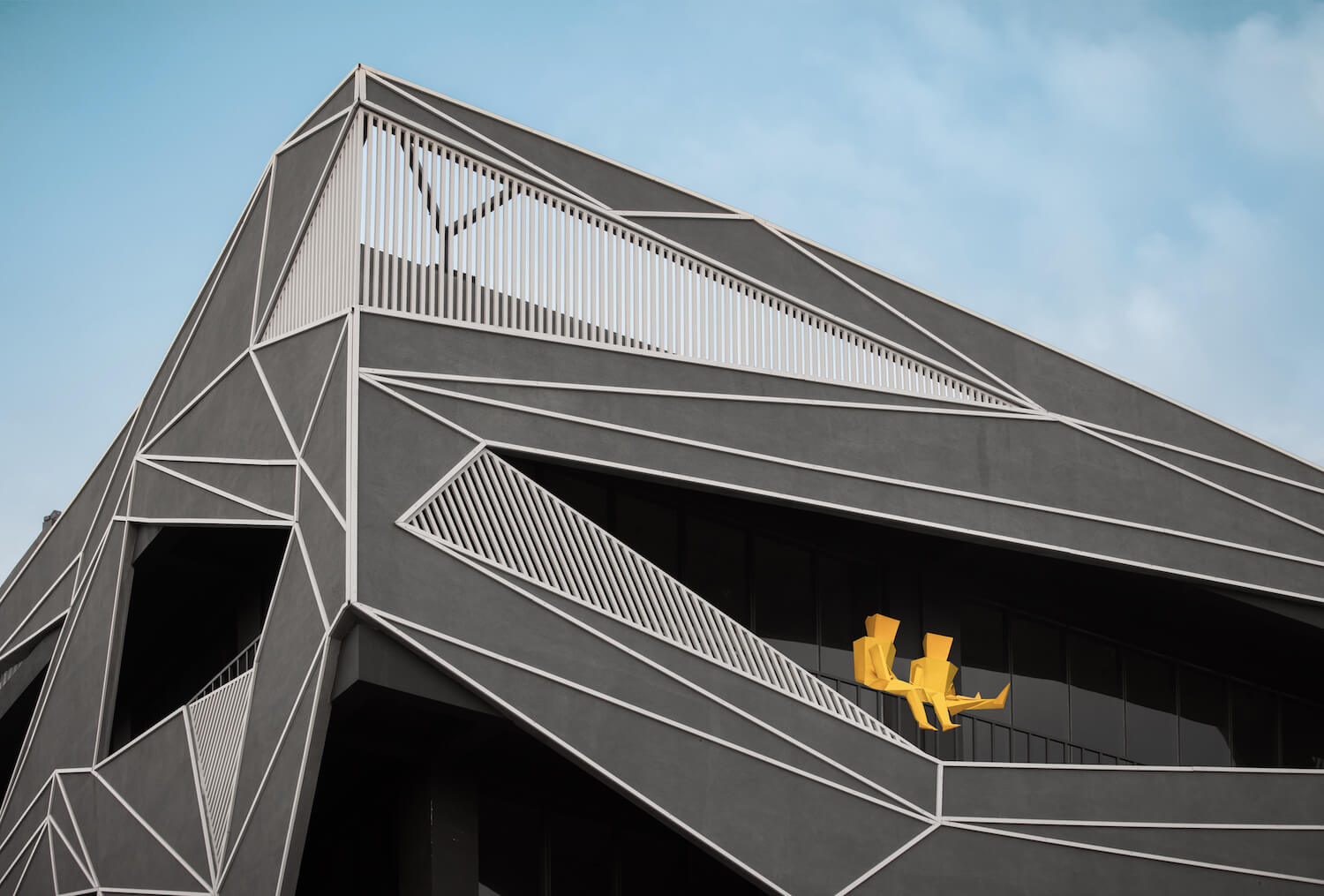 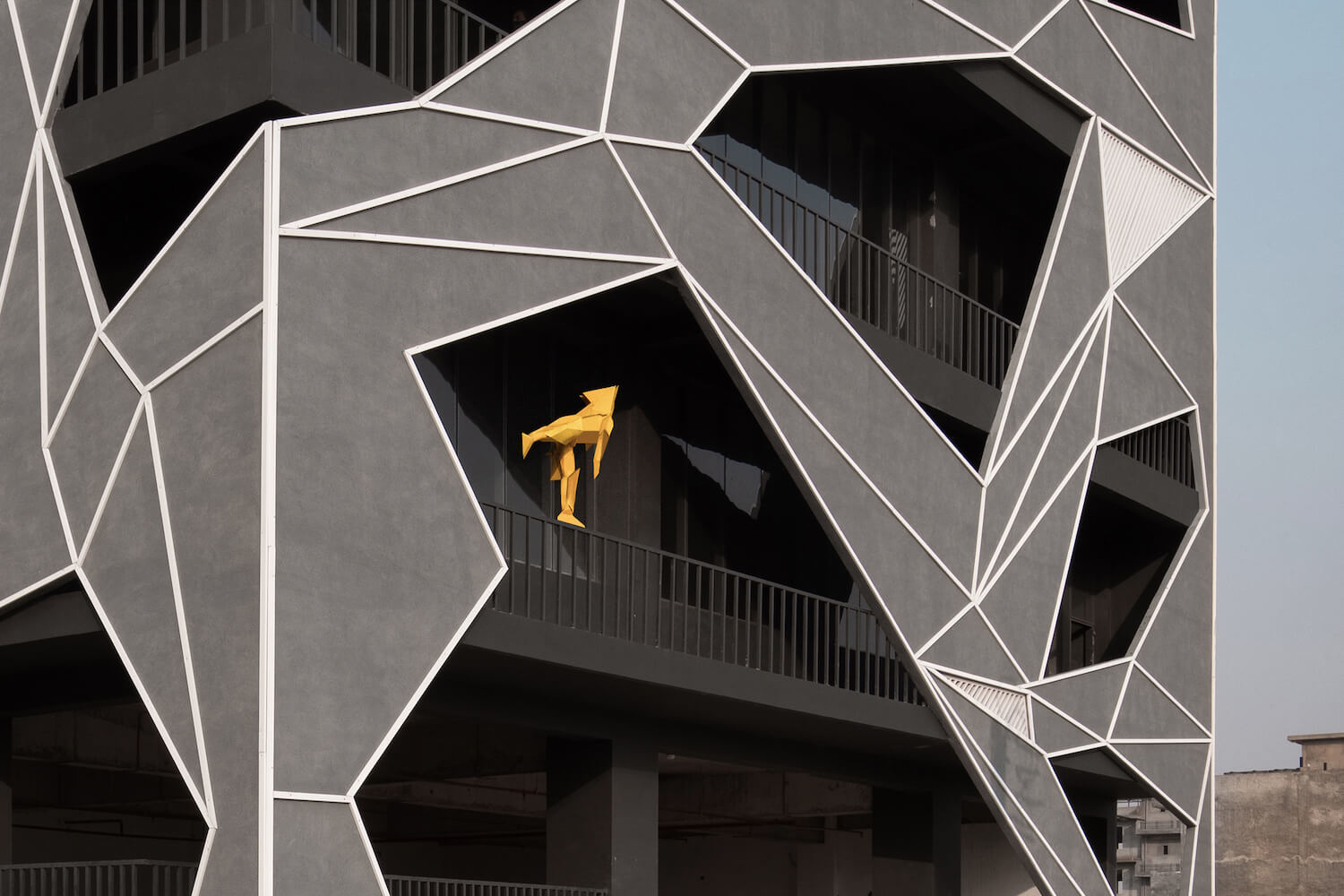 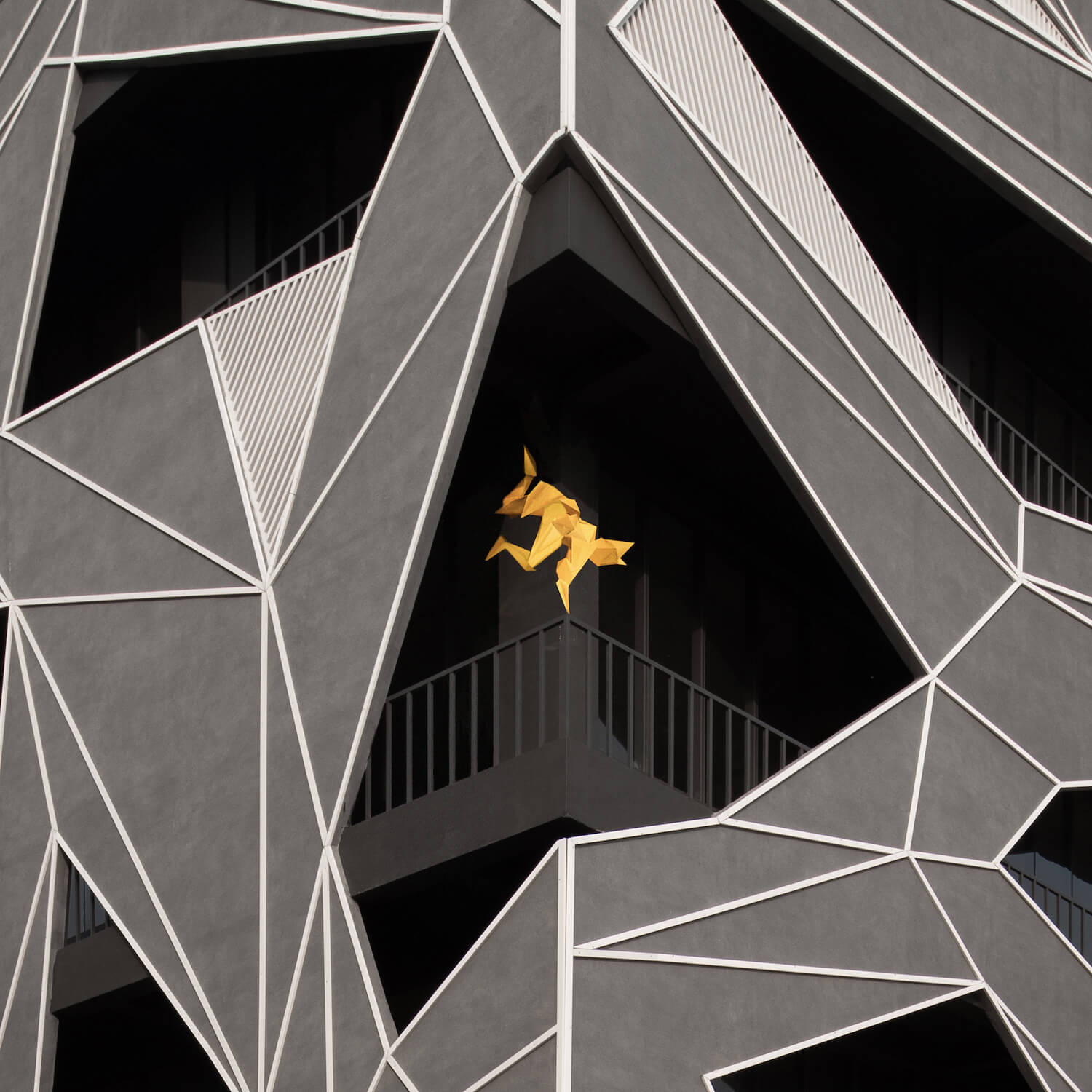 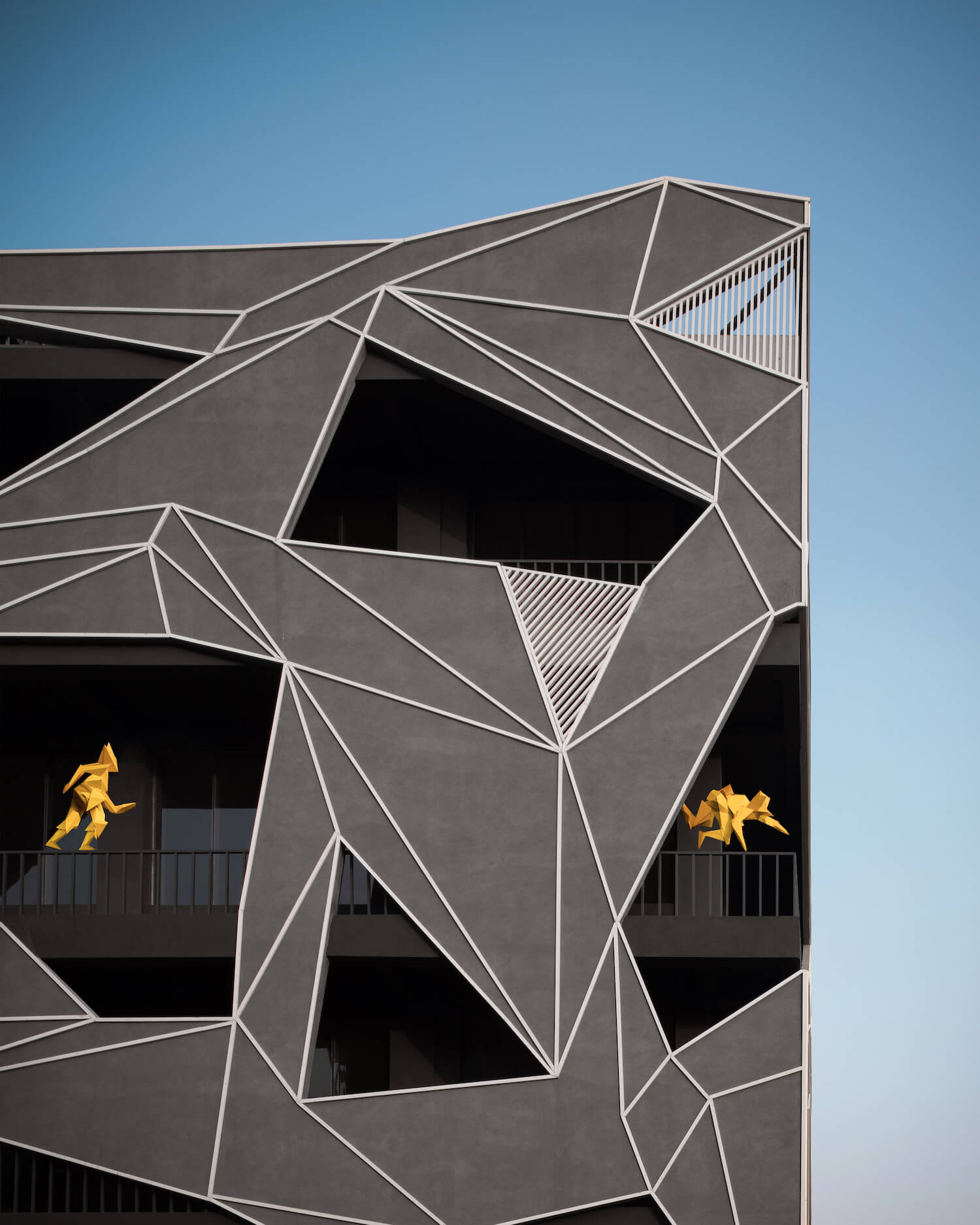 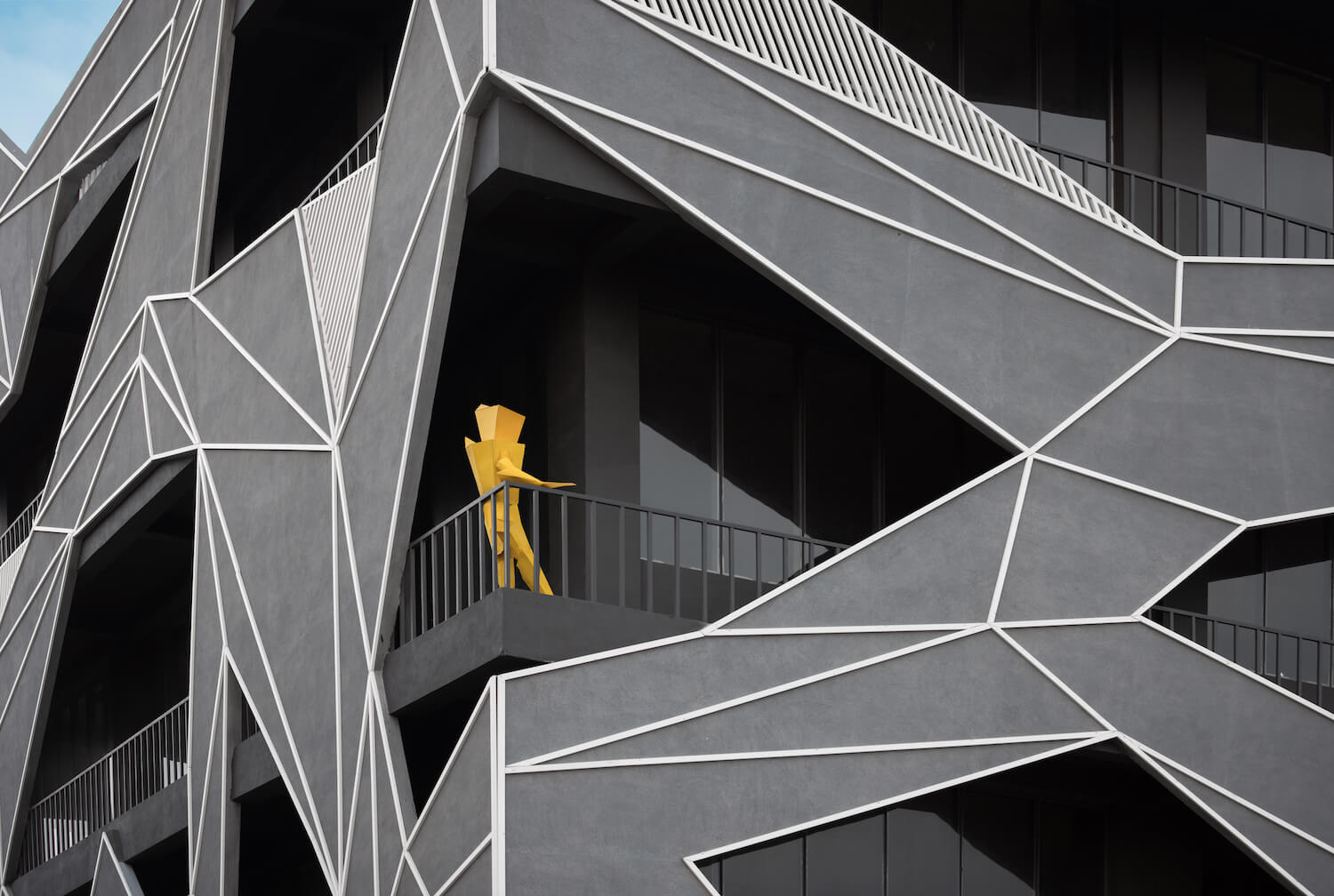 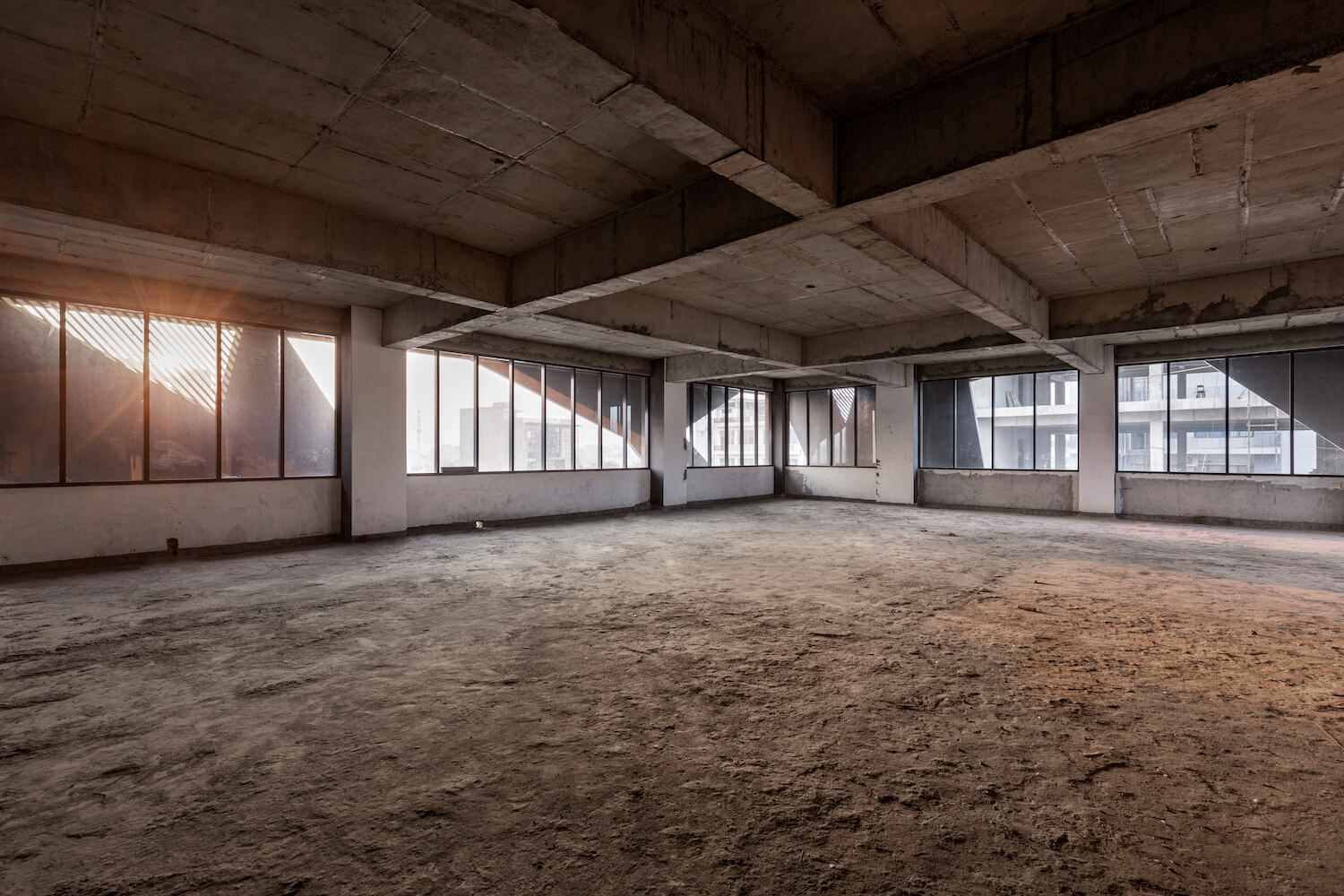 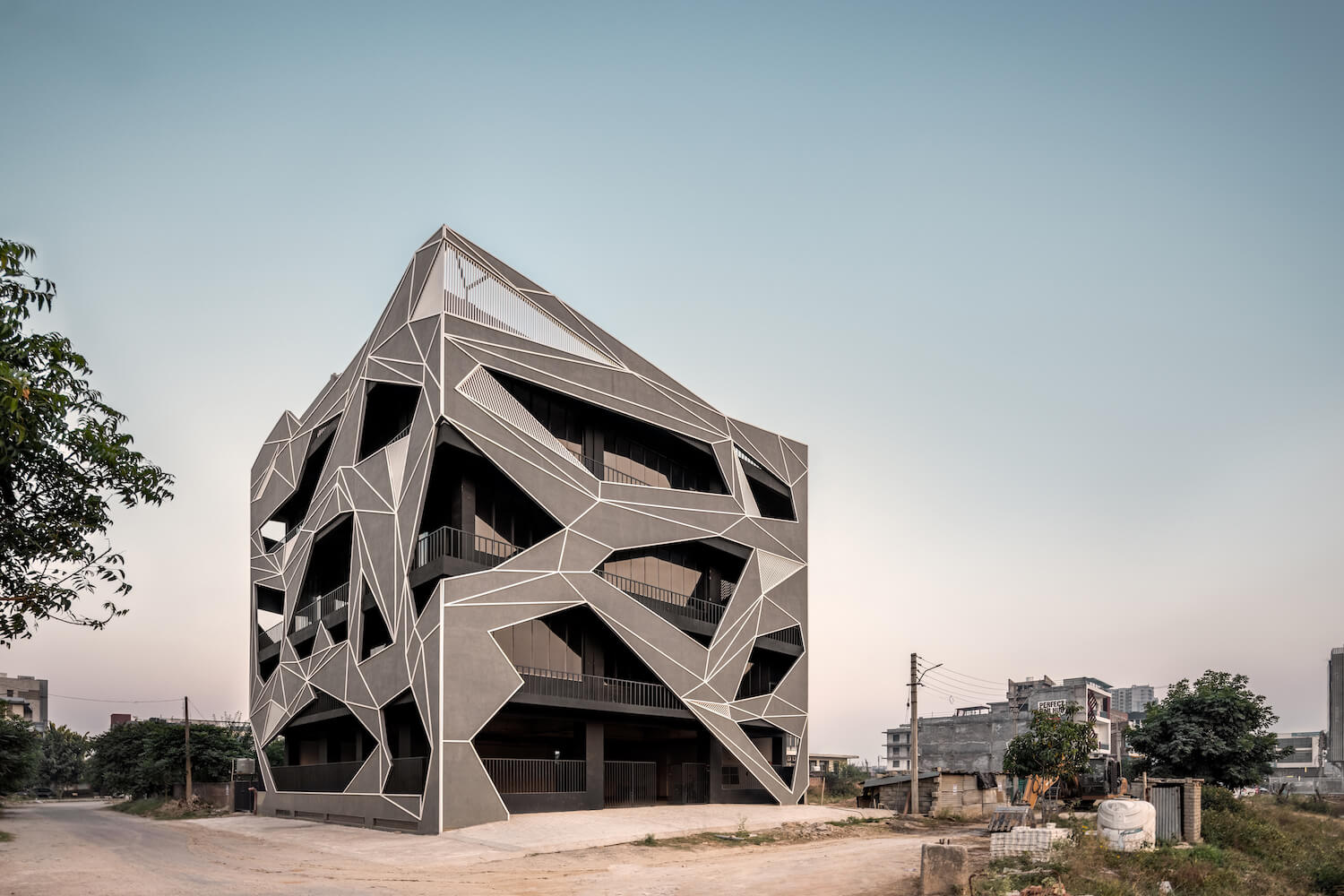 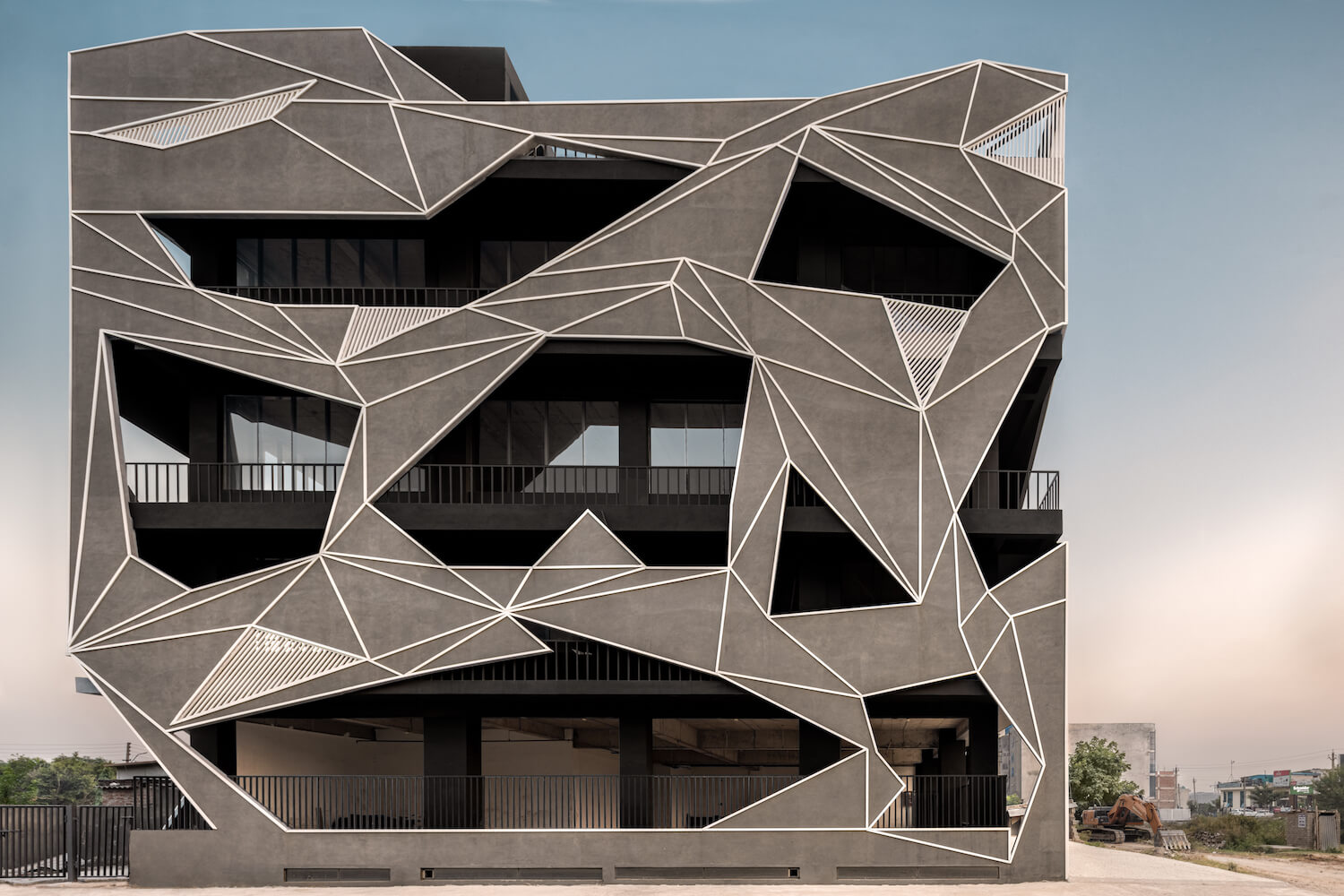 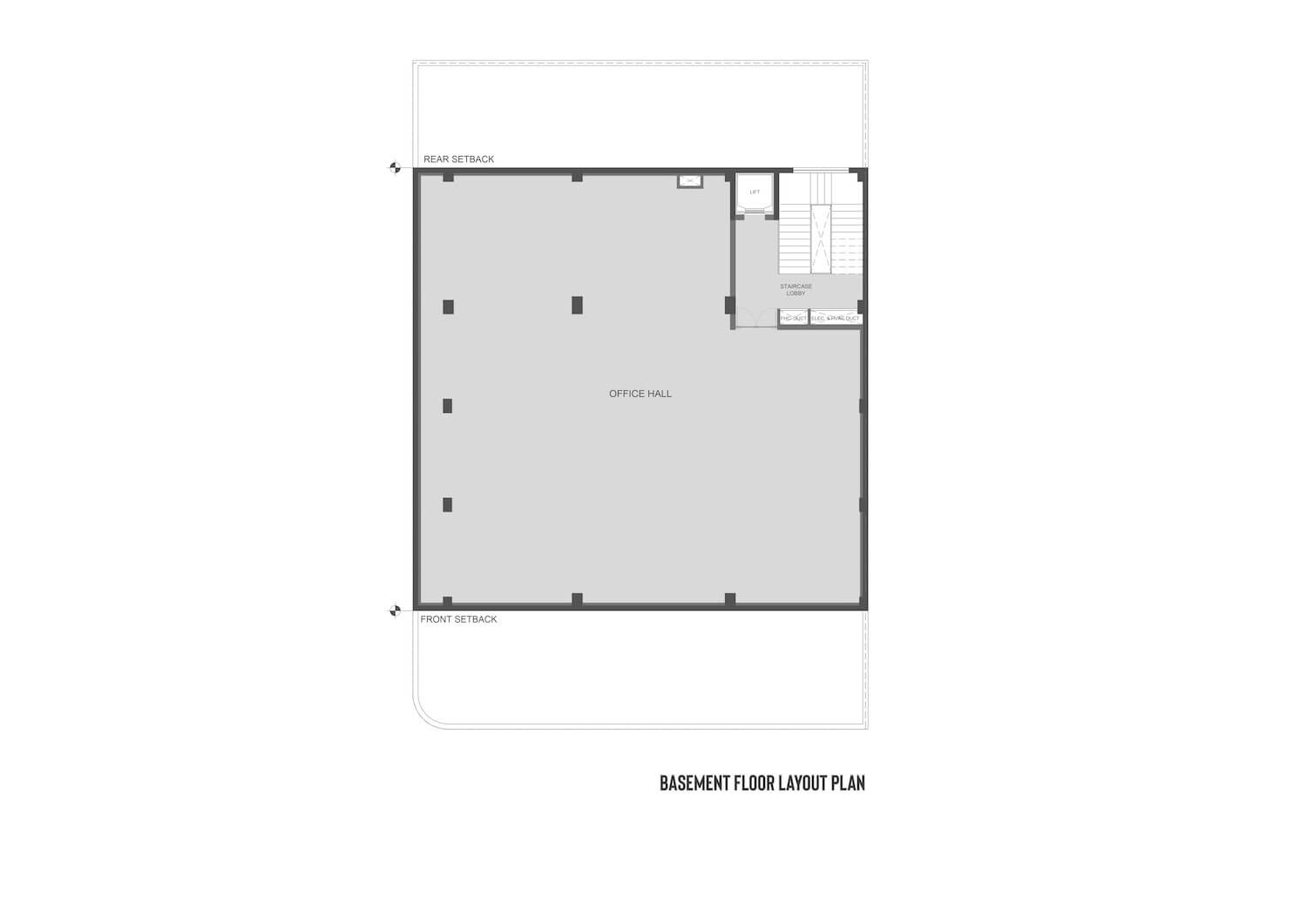 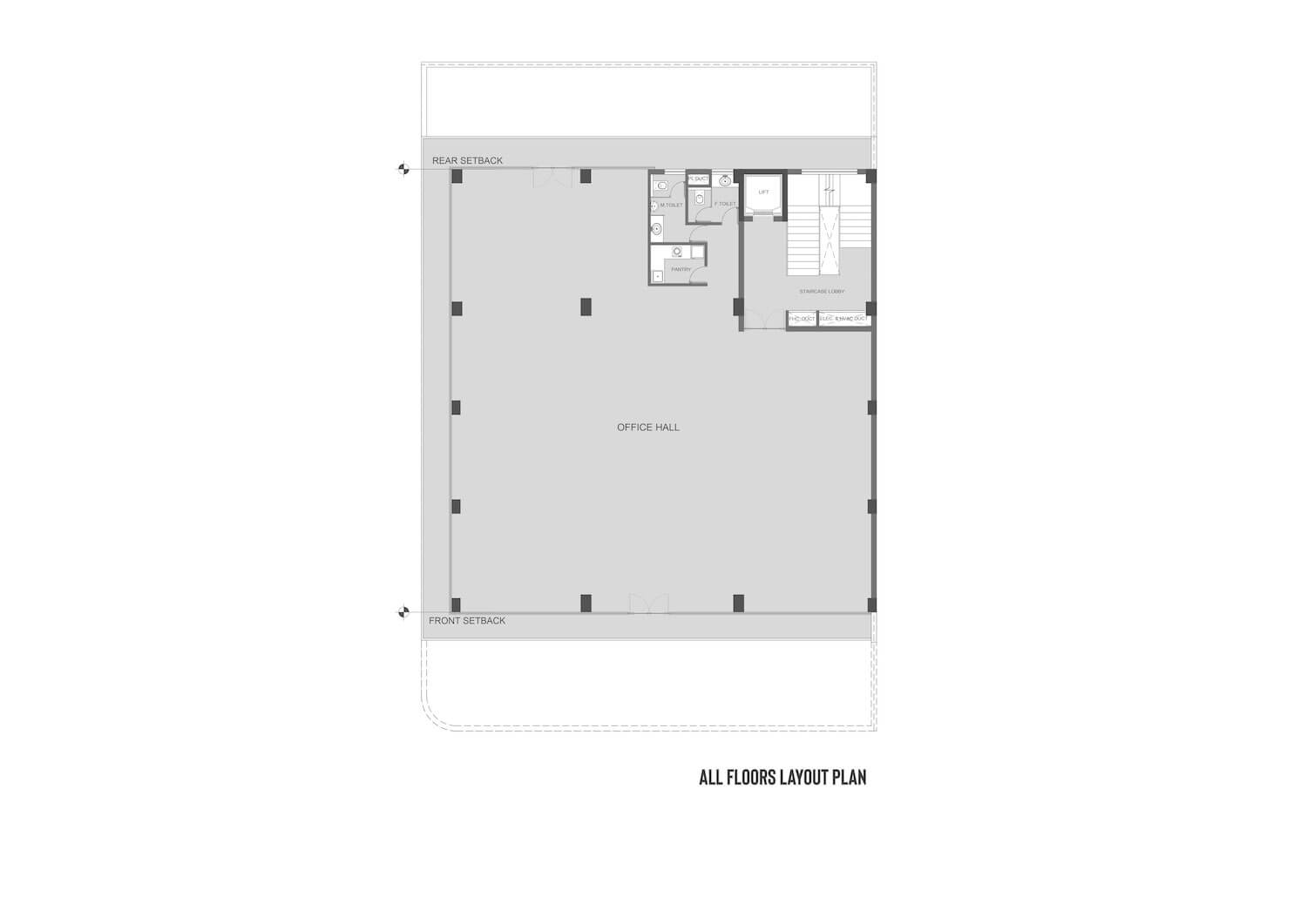 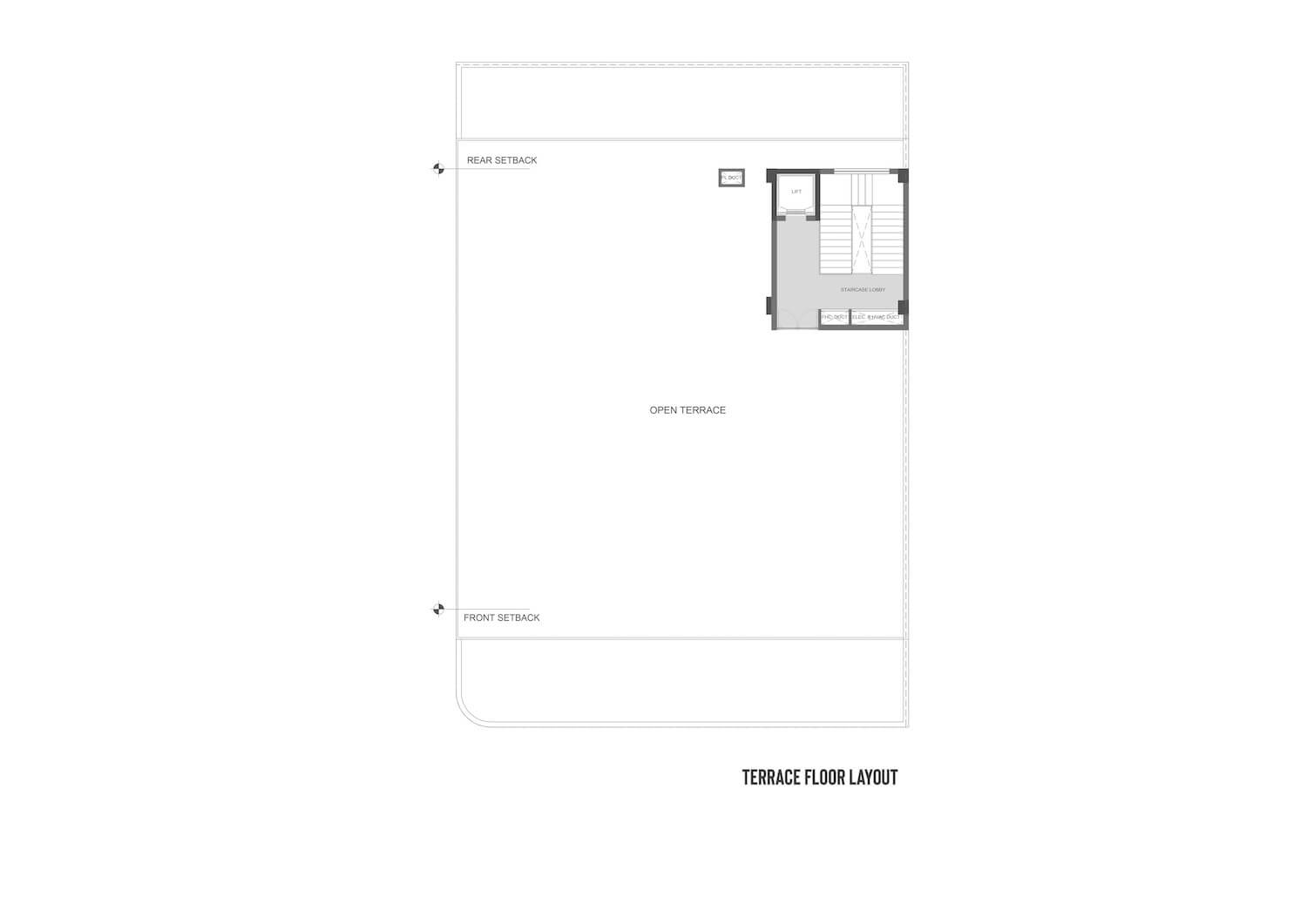 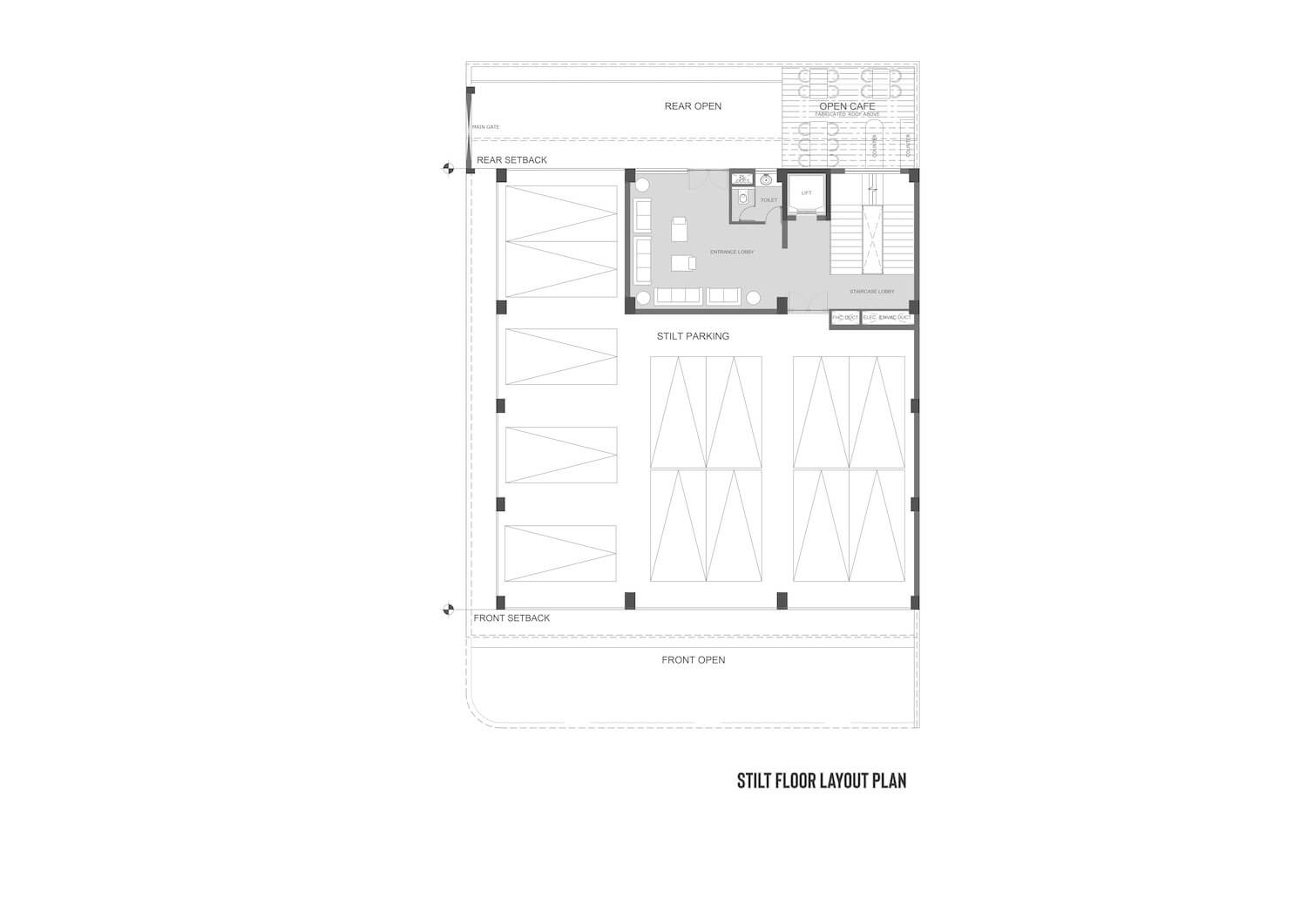 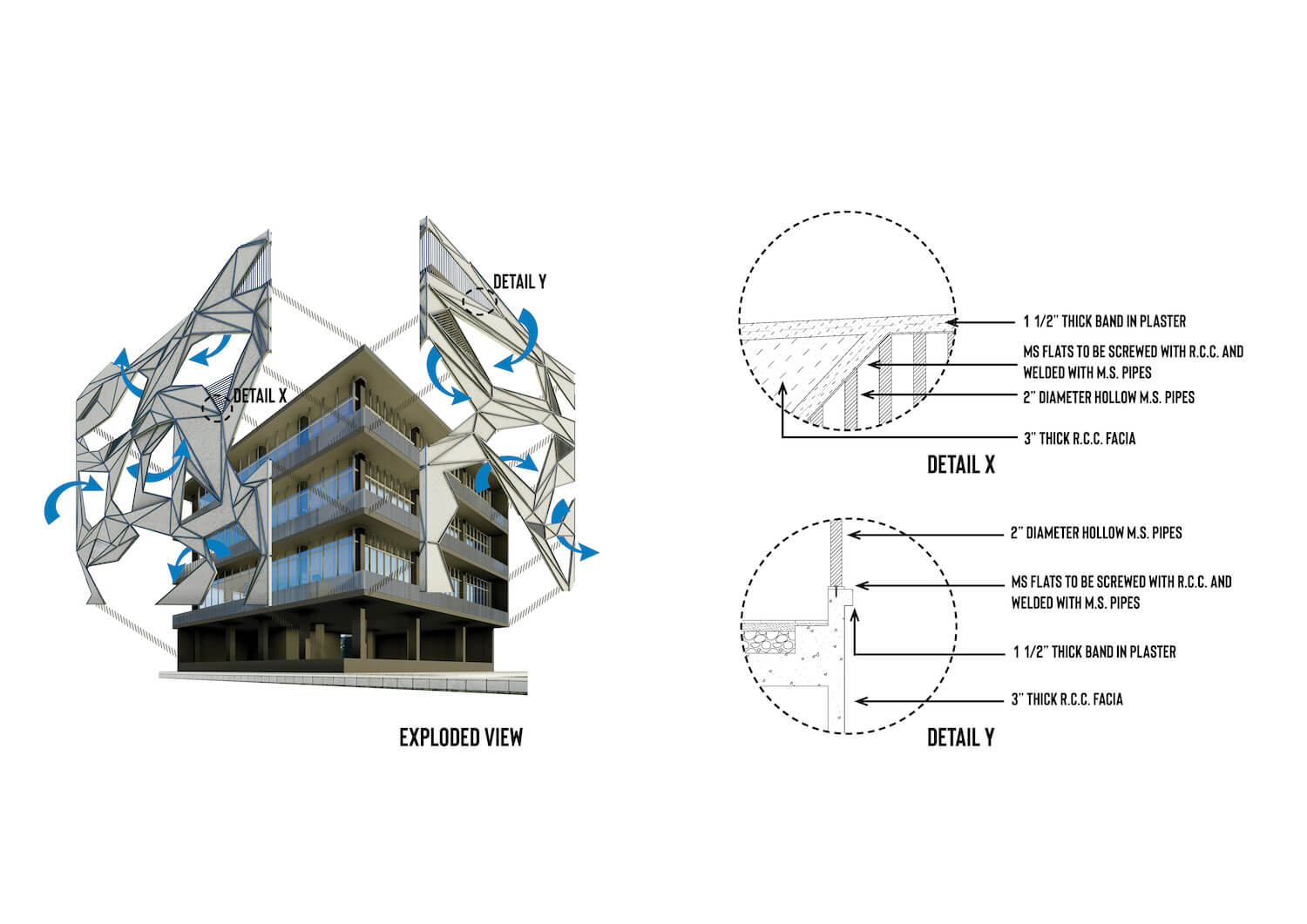 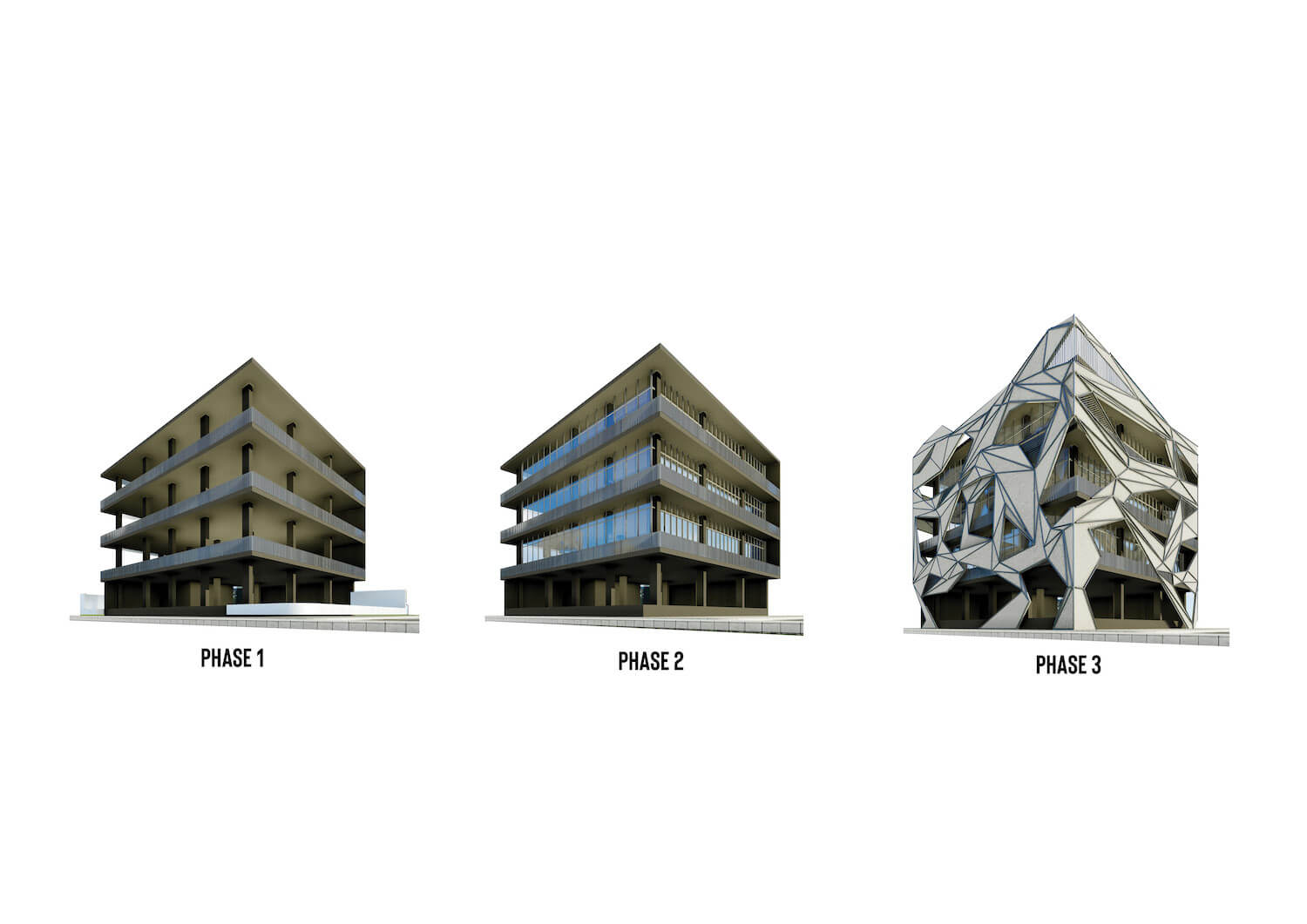 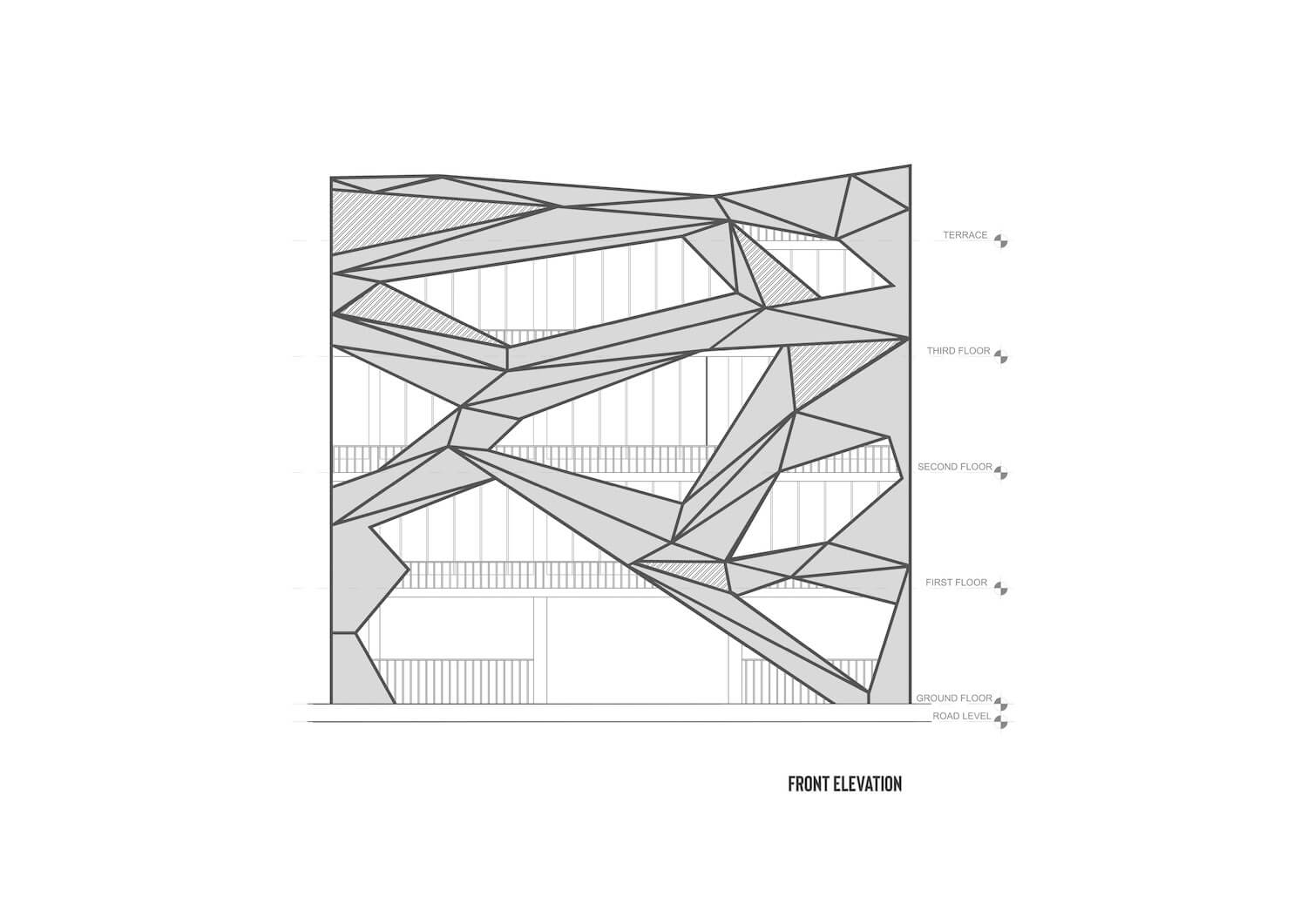 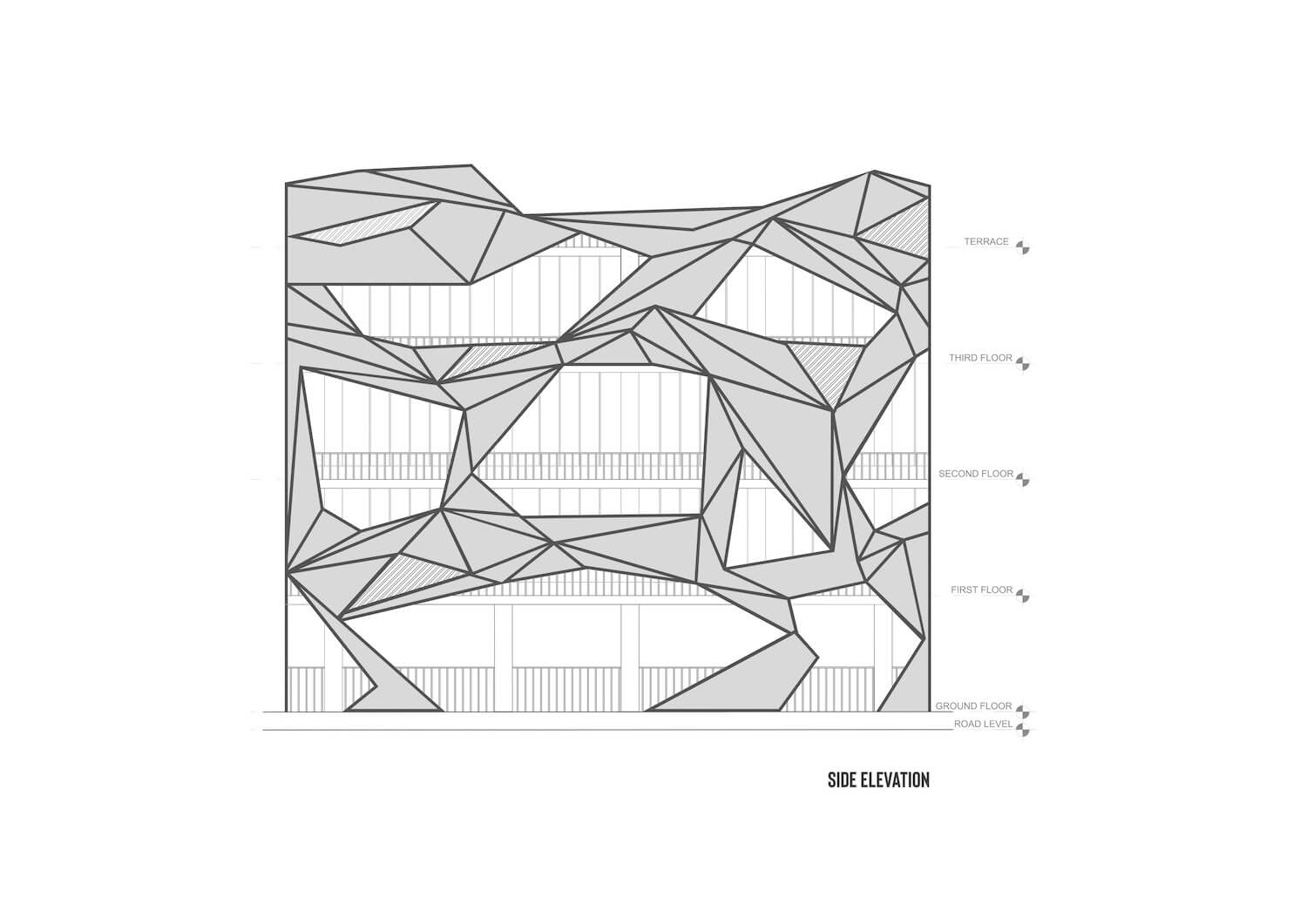 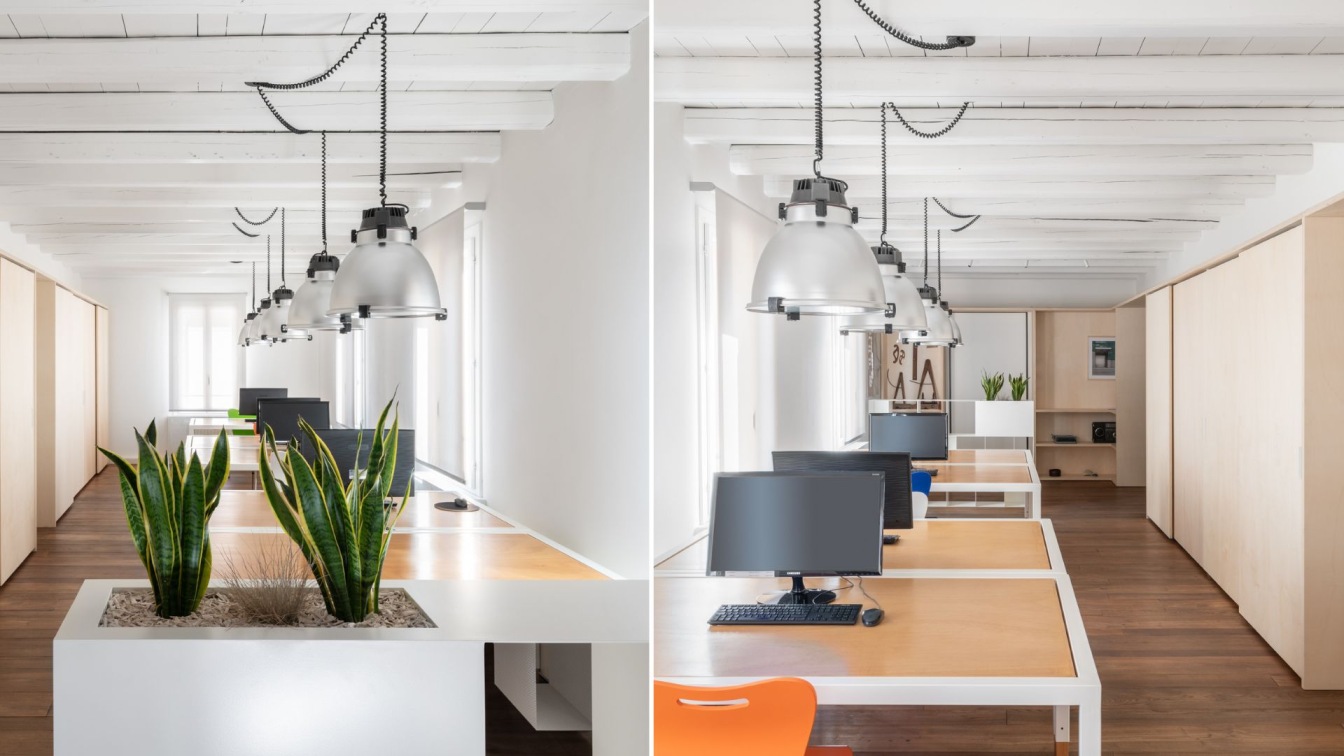 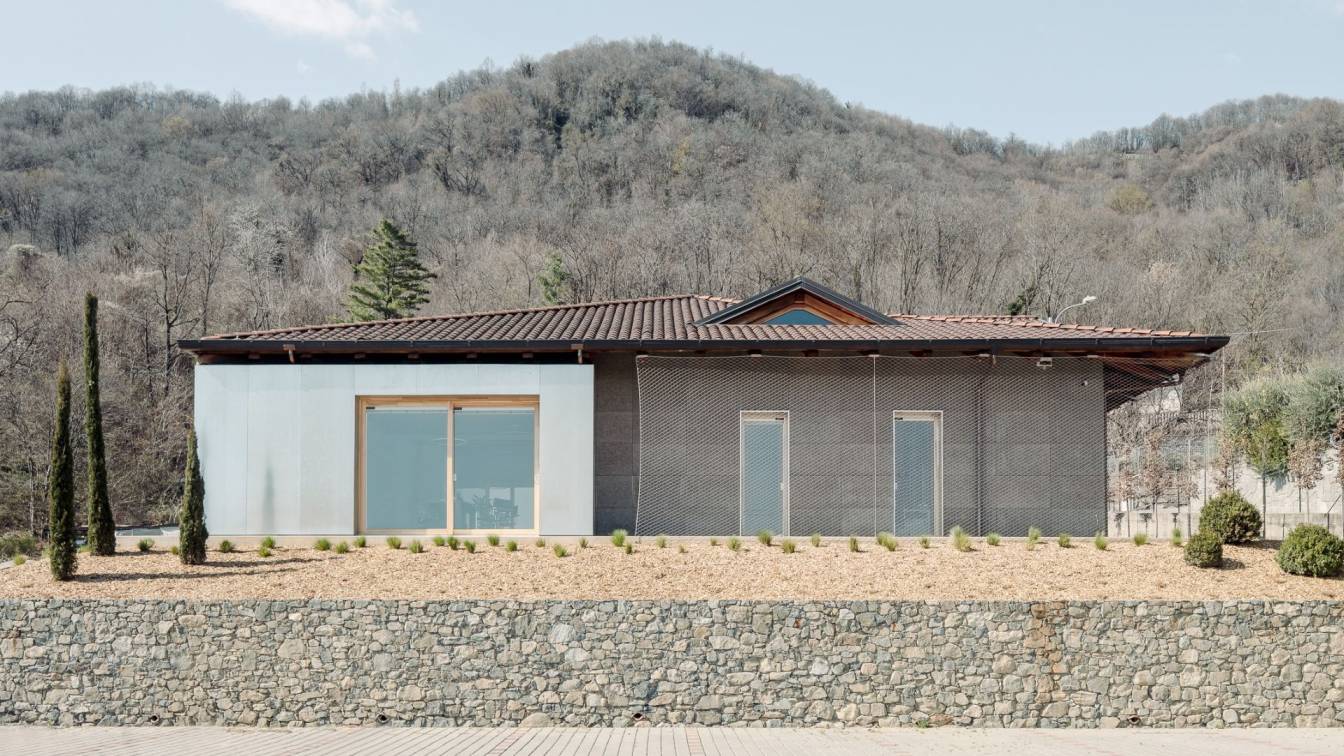 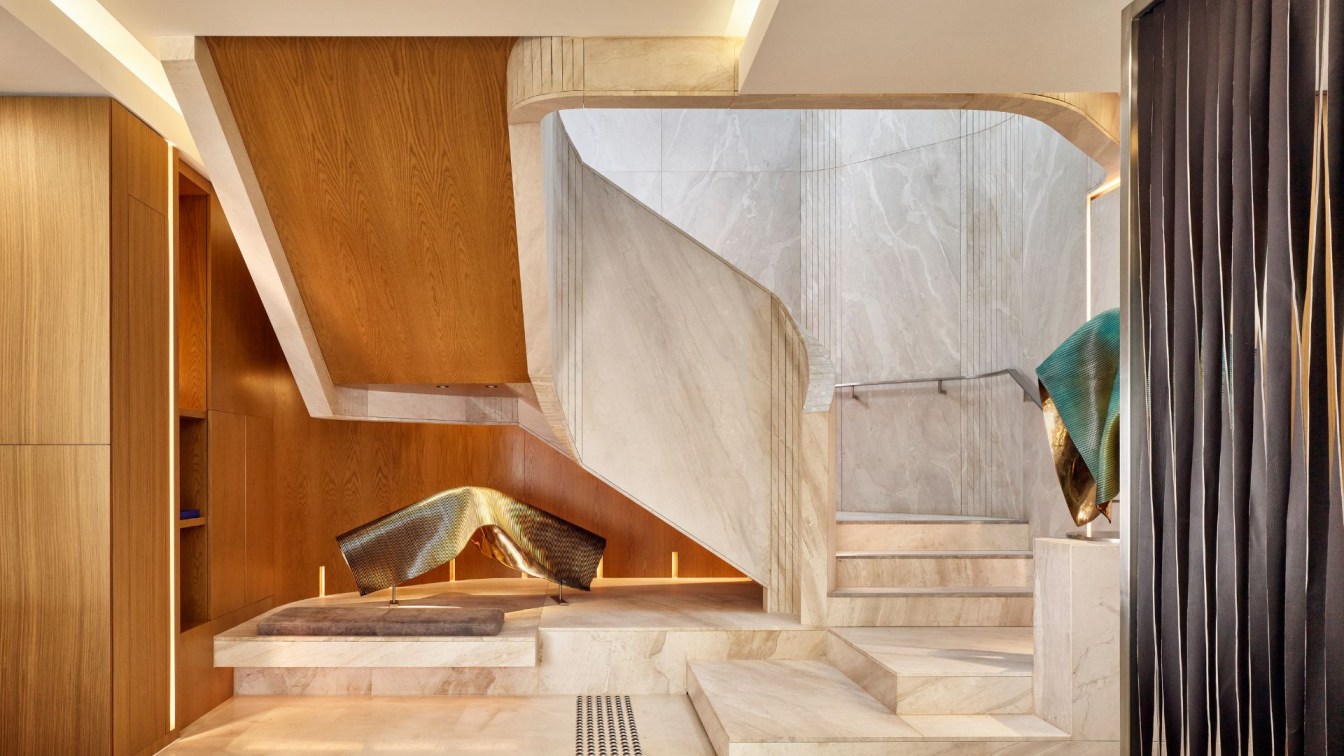 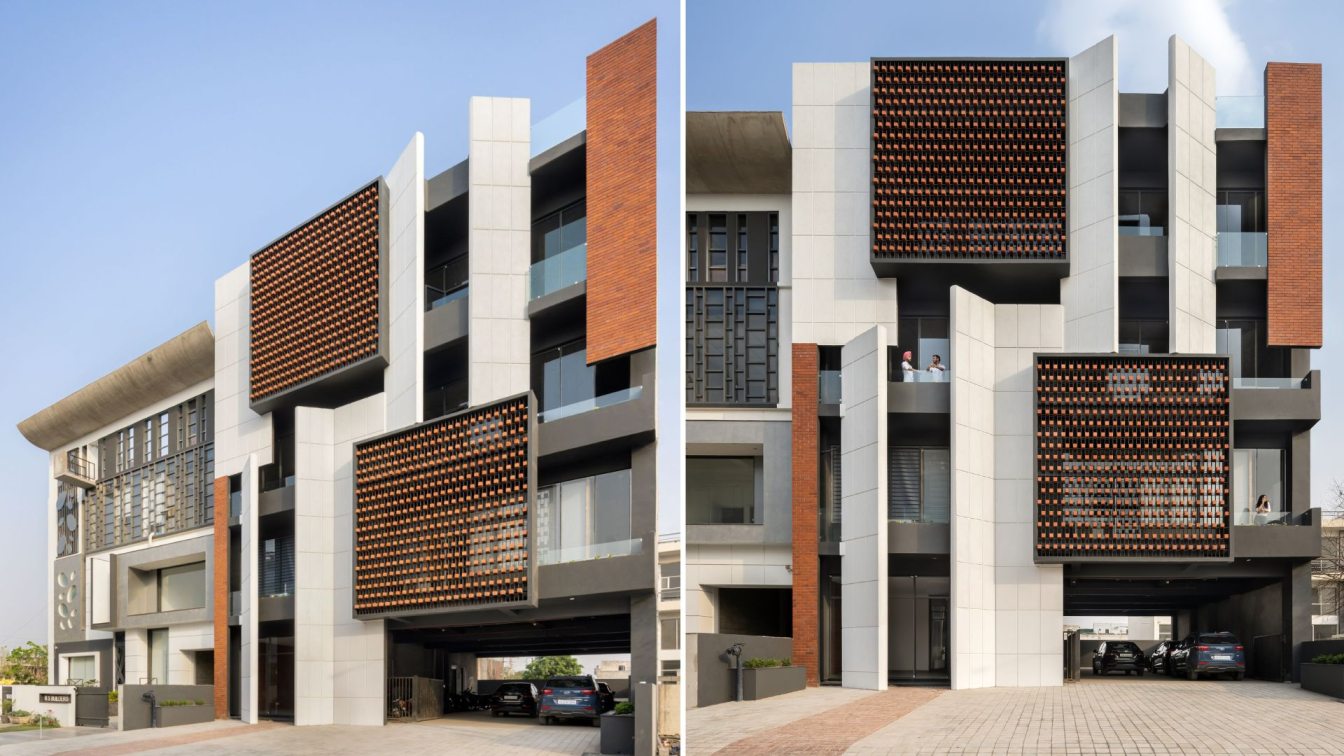