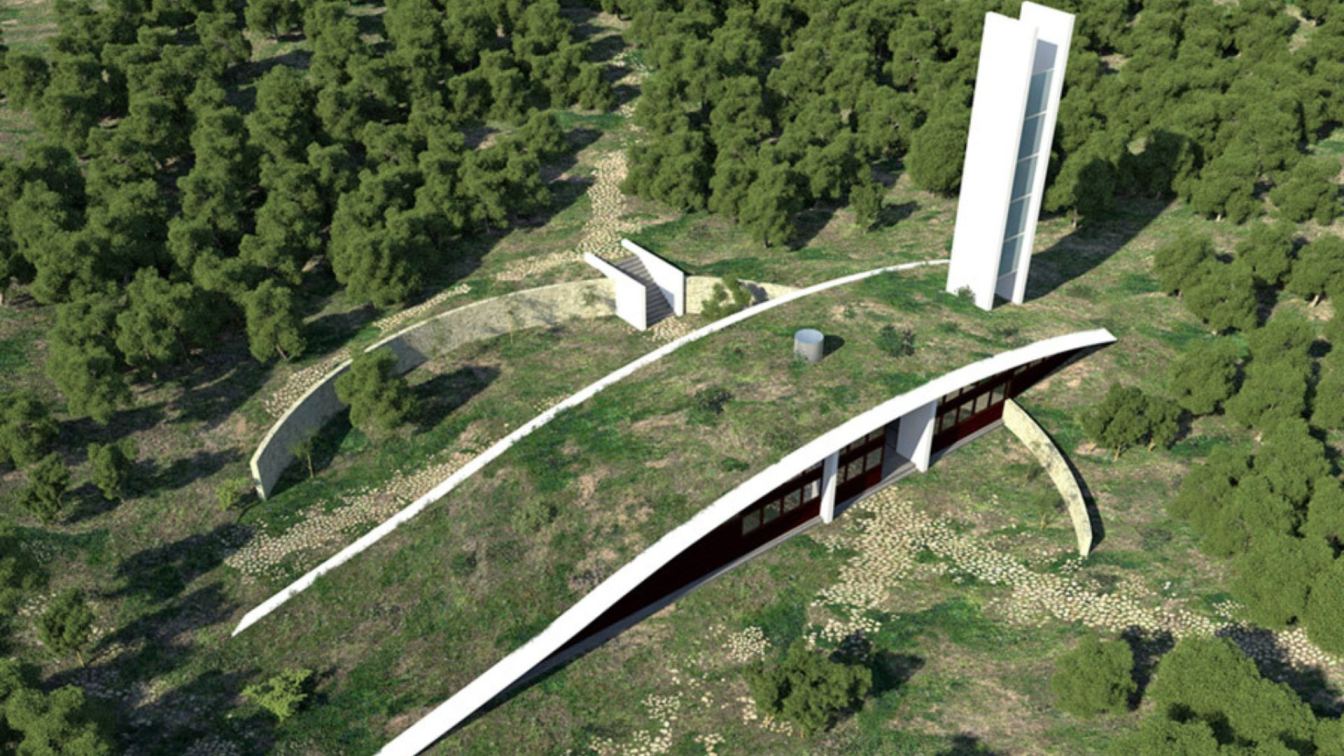 Luis De Garrido: The environment in which the building is located was completely degraded (in the process of desertification, and with a very high level of erosion, due to the occasional torrents generated by rainwater.

For this reason, in the first place, the project intends a complete ecological reforestation, carefully studying the most convenient location of the complex's buildings.

That done, the next objective of the project is to fully integrate, in every way, the buildings into the natural environment. 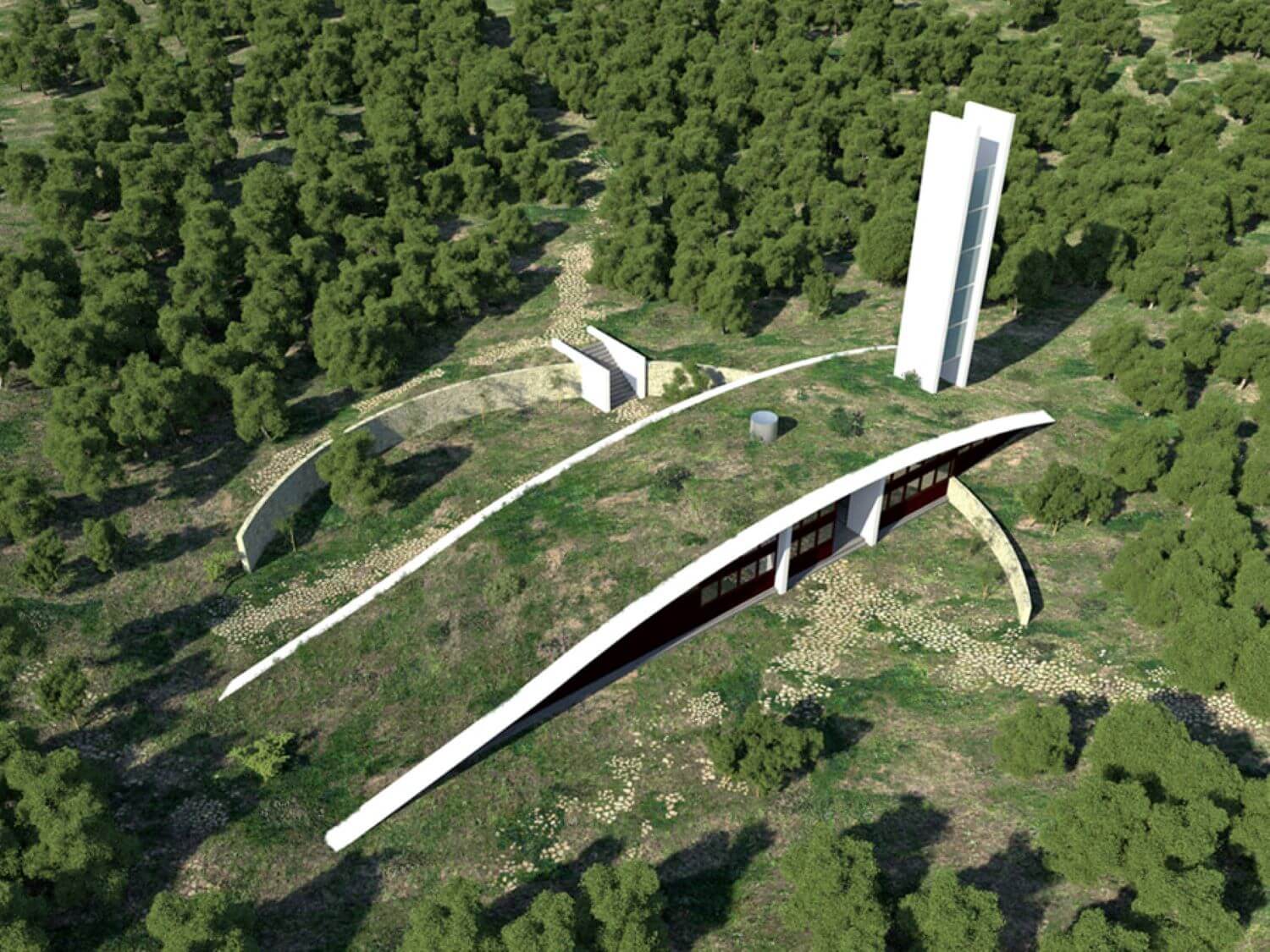 The apartment buildings integrate two different types of bioclimatic apartments, arranged adjacent to each other, and forming two buildings.

The cultural activities center includes a large assembly hall and spaces for all kinds of cultural and ecological activities. The typology of the building has a central courtyard illuminated from above, to which the rest of the rooms “overturn”.

The restaurant has been designed as a curved folding of the land. Like a desert dune. In this way, the resulting building only has two facades, the north and the south. In winter, the solar shadings on the south façade are opened, and the building is illuminated and heated by direct solar radiation. On the other hand, in summer, the solar protections on the south façade are closed, so the building remains cool, and is illuminated by indirect solar radiation from above, and from the north. 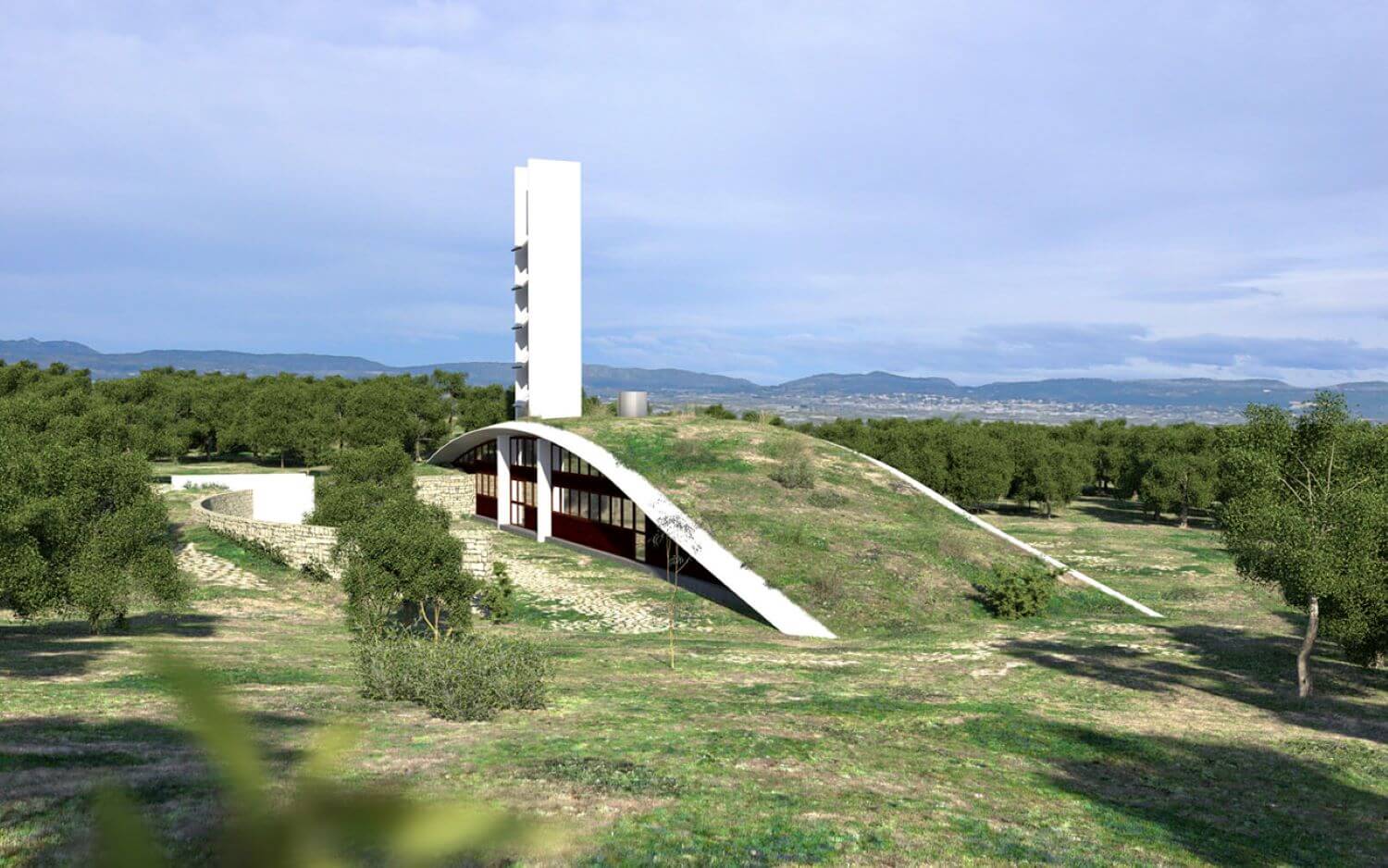 The enormous wave of the building houses a diaphanous interior space, which includes a shop to satisfy the needs of the occupants of the apartments, and a restaurant, equipped with all the necessary services. The building has a basement, which serves both as food storage and as a bioclimatic refreshment system, to generate the fresh air that will run through the building.

The roof of the building is landscaped, as a continuity of the surrounding natural terrain, which allows a perfect integration with the environment, and a perfect mimicry with it.

At the top of the "wave" is the solar tower, which houses a set of thermal solar collectors, to power the building's underfloor heating. 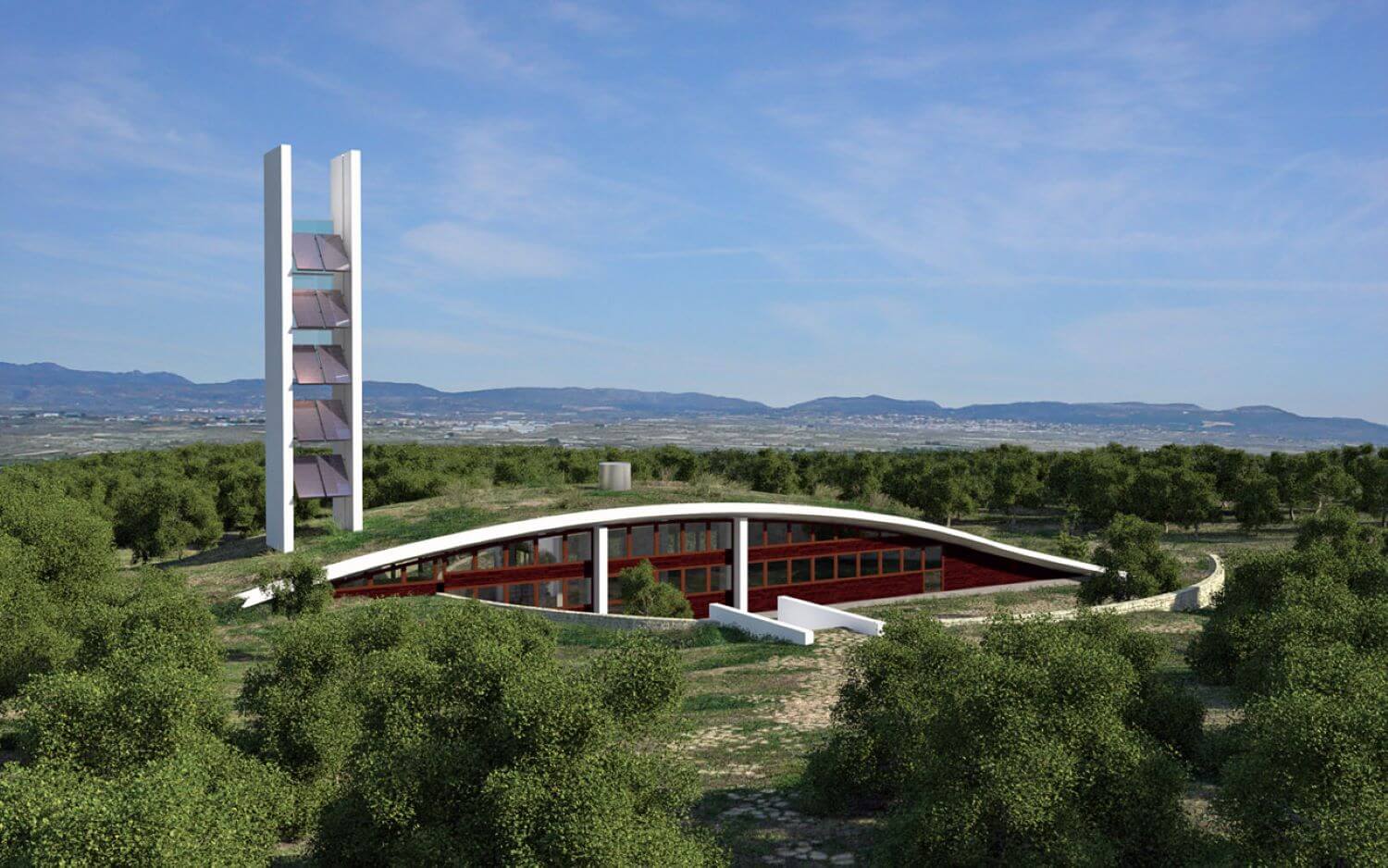 1.1 Natural resources. Resources such as the sun (to heat the building), the breeze, the earth (to cool the building), rainwater (stored in underground tanks and used for watering the garden, and for water cisterns) are used to the maximum. bathrooms),….. On the other hand, water-saving devices have been installed in taps, showers and toilet tanks.

1.2 Manufactured Resources. The materials used are used to the maximum, reducing possible waste, through a correct project, effective management, and above all, because each component of the building has been built individually in the factory.

All building materials may be salvageable, including all foundation and structural elements. In this way, they can be easily repaired, and reused in the same building, or in any other. On the other hand, the use of recycled and recyclable materials has been promoted. 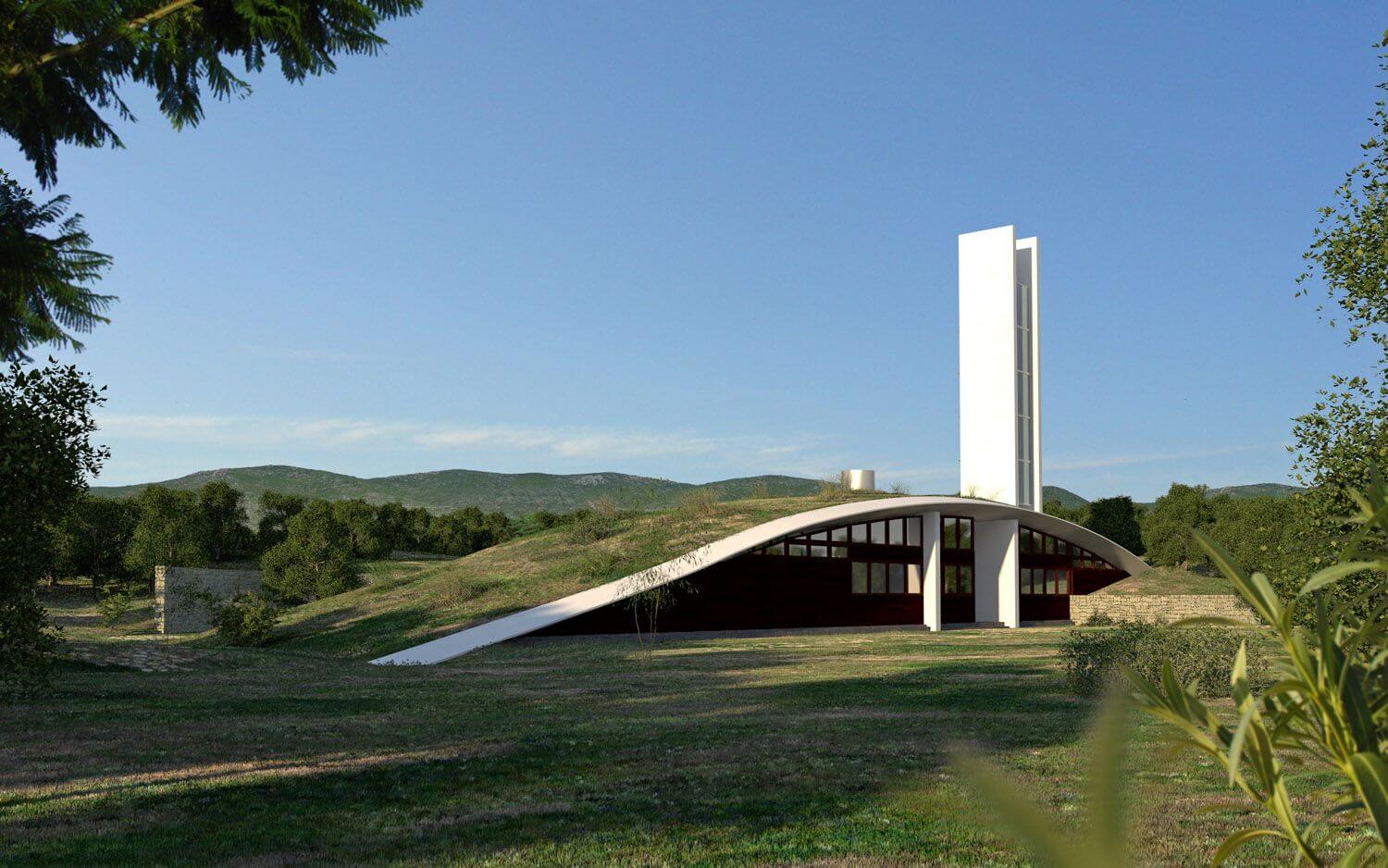 The building has been built with minimal energy consumption. The materials used have been manufactured with a minimum amount of energy, since all its components are made in the factory, with absolute control. On the other hand, the building is built with very few auxiliary resources, as it is completely industrialized.

Due to its bioclimatic characteristics, the building has zero energy consumption, from non-renewable energies. 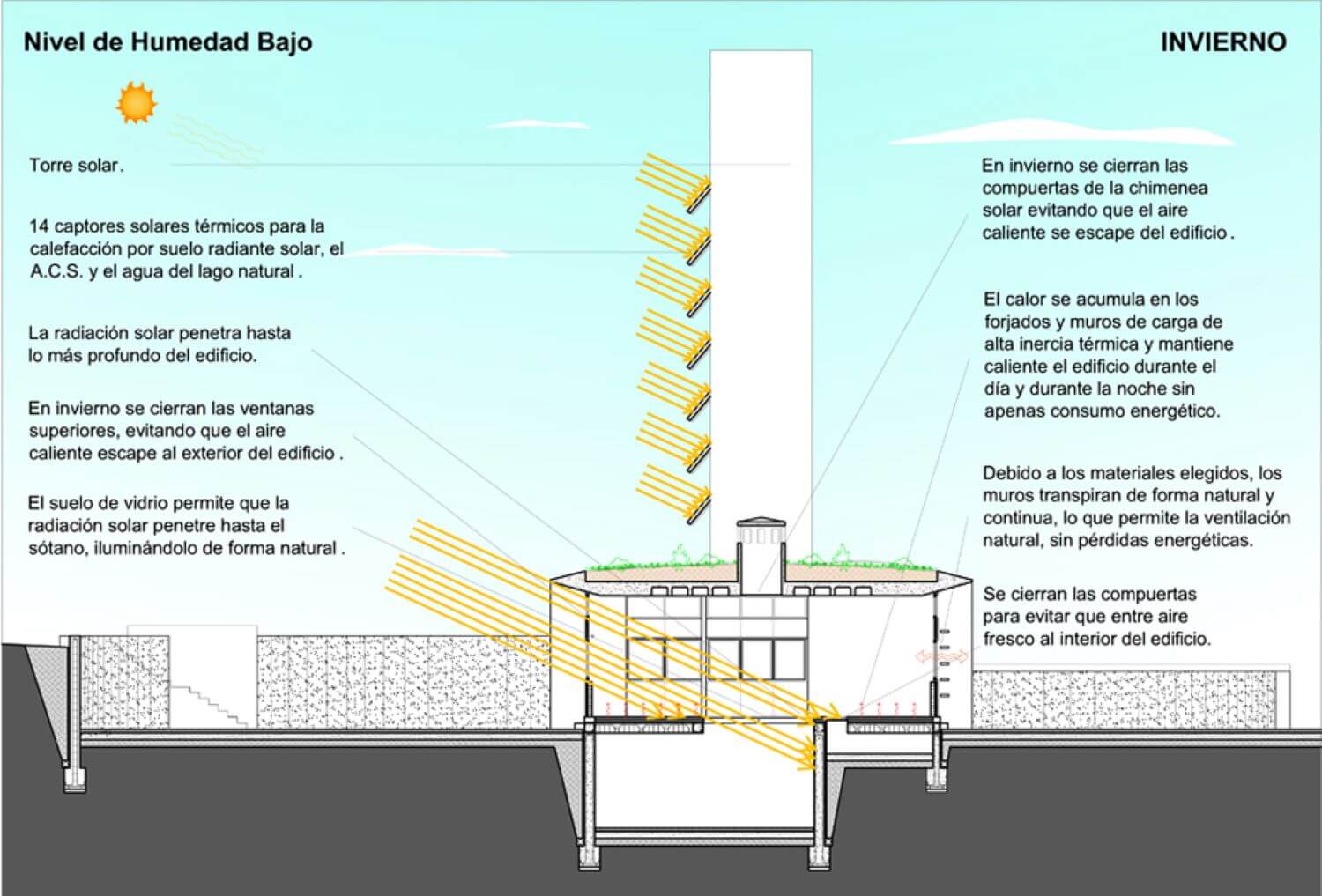 3. Use of alternative energy sources

The energy used is of two types: solar thermal (solar collectors for heating and DHW, and water evaporation for air refreshment); and geothermal (air cooling system taking advantage of the low temperatures existing underground, in the galleries below the sanitary floor of the building).

4. Reduction of waste and emissions 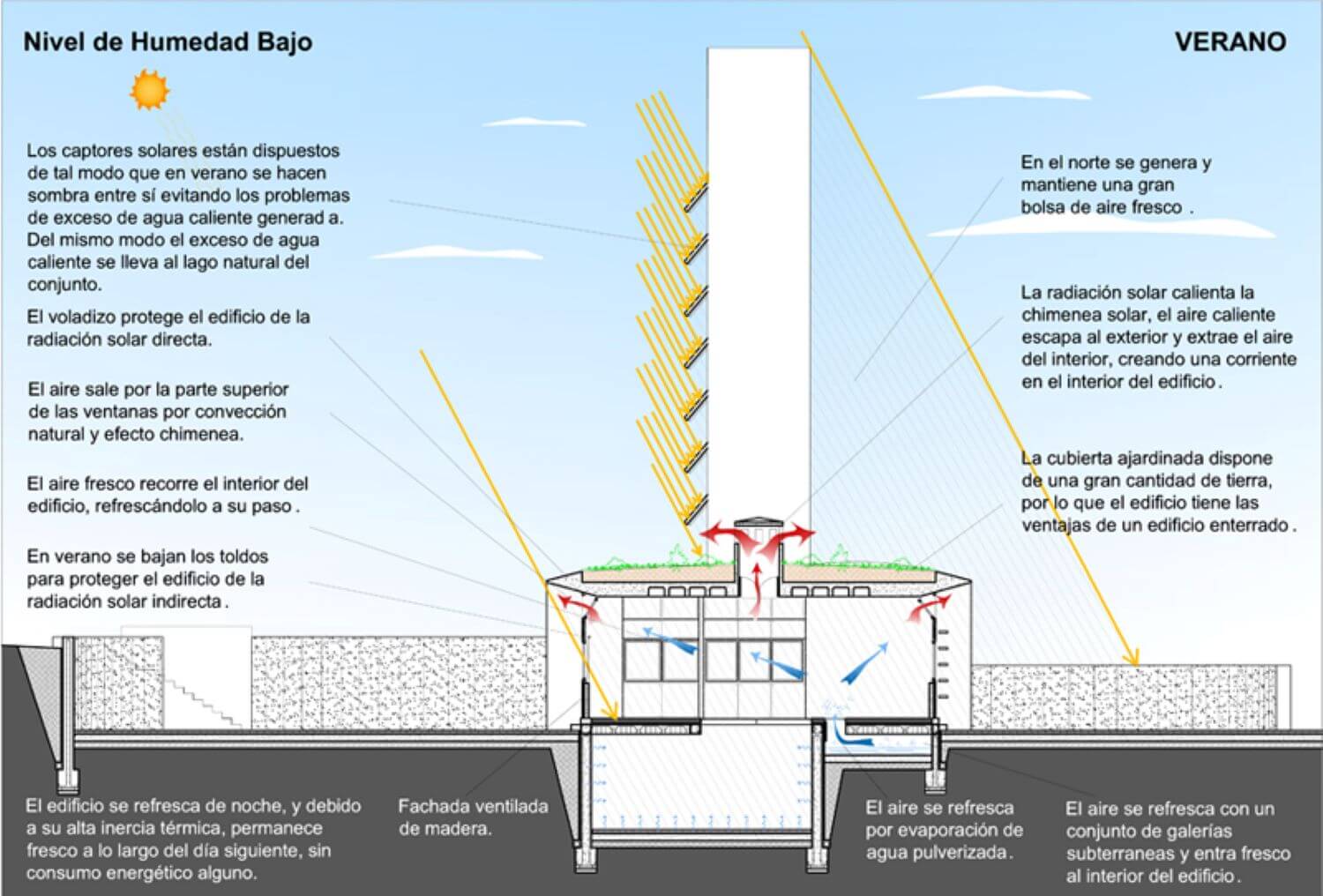 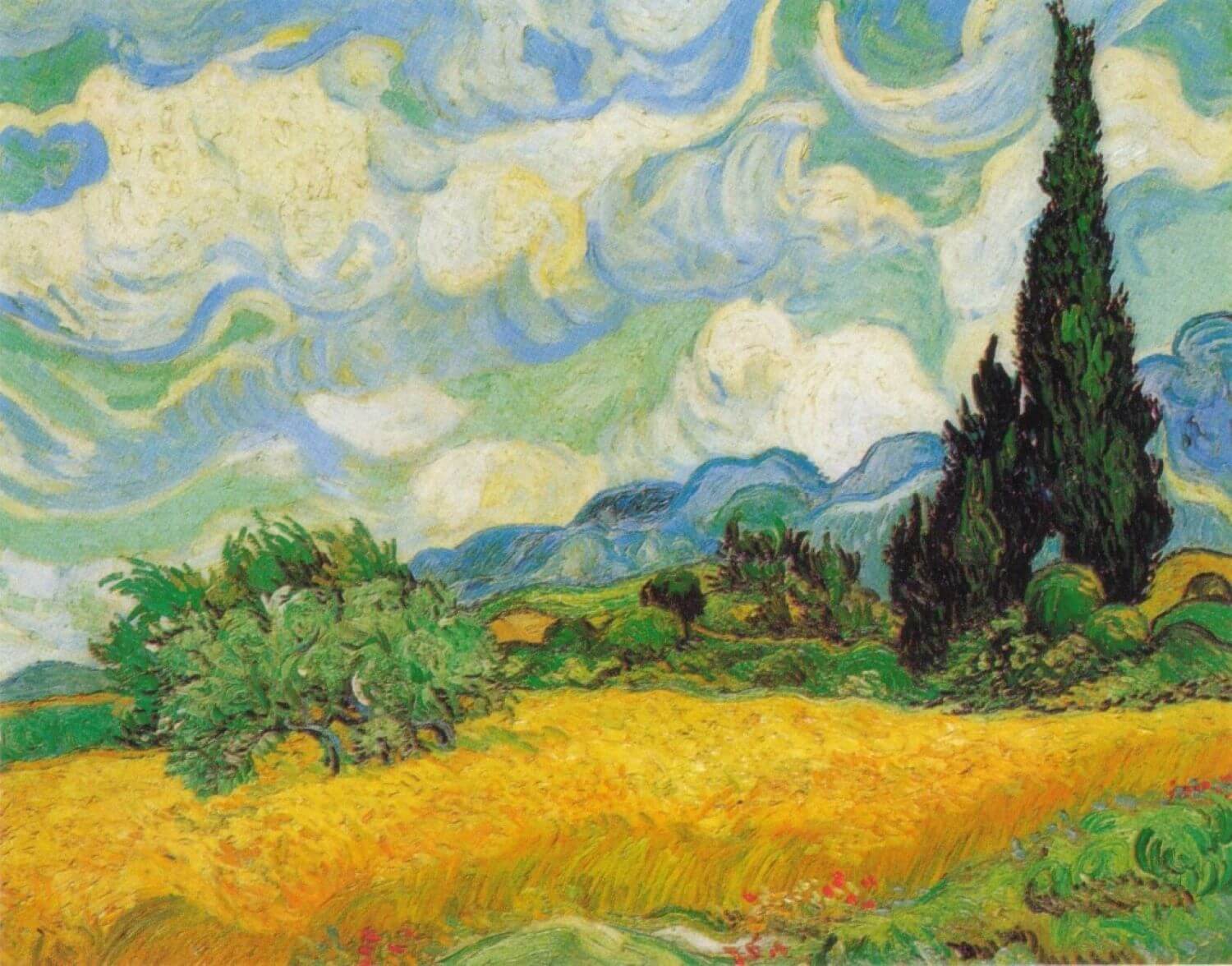 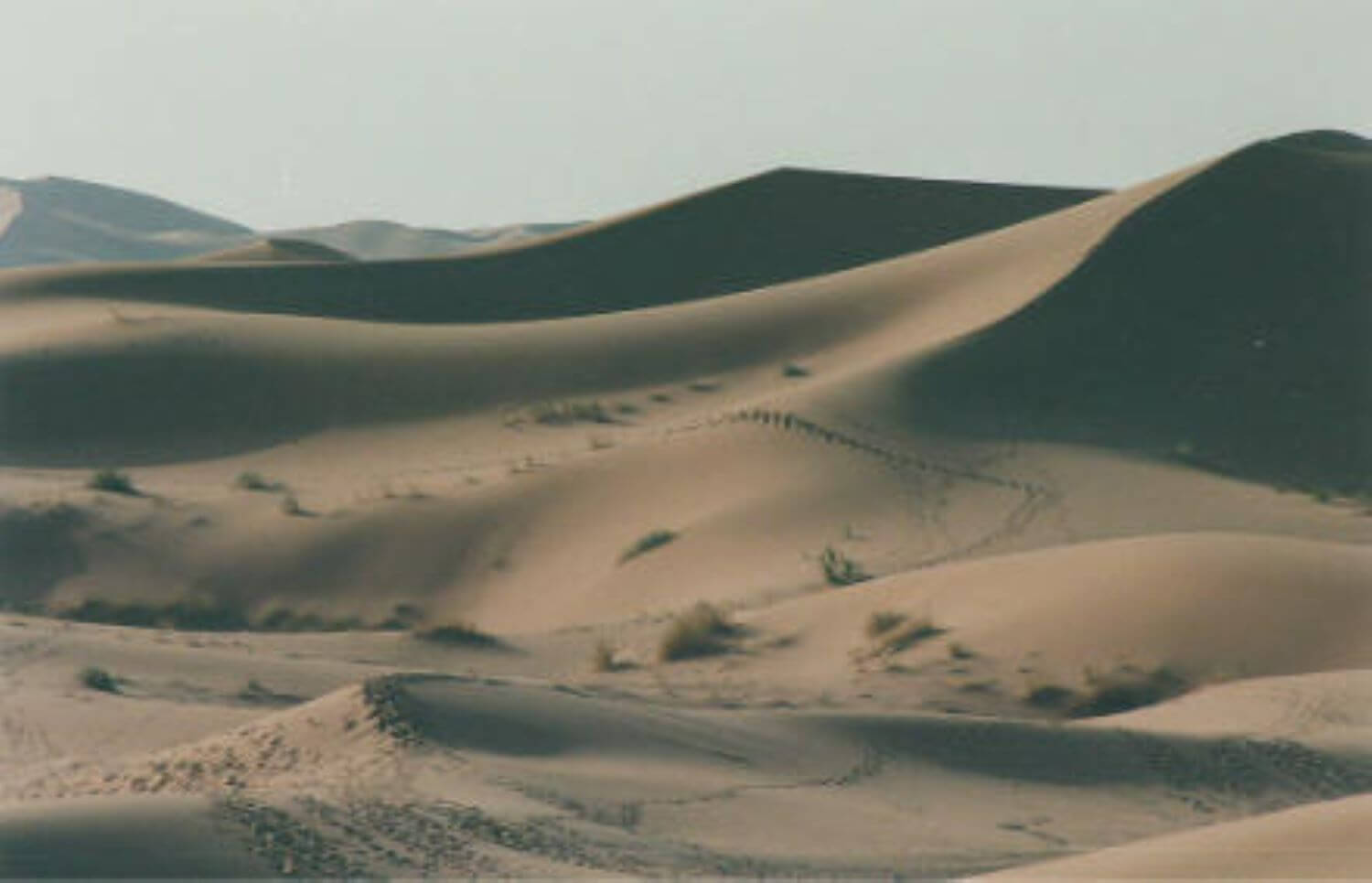 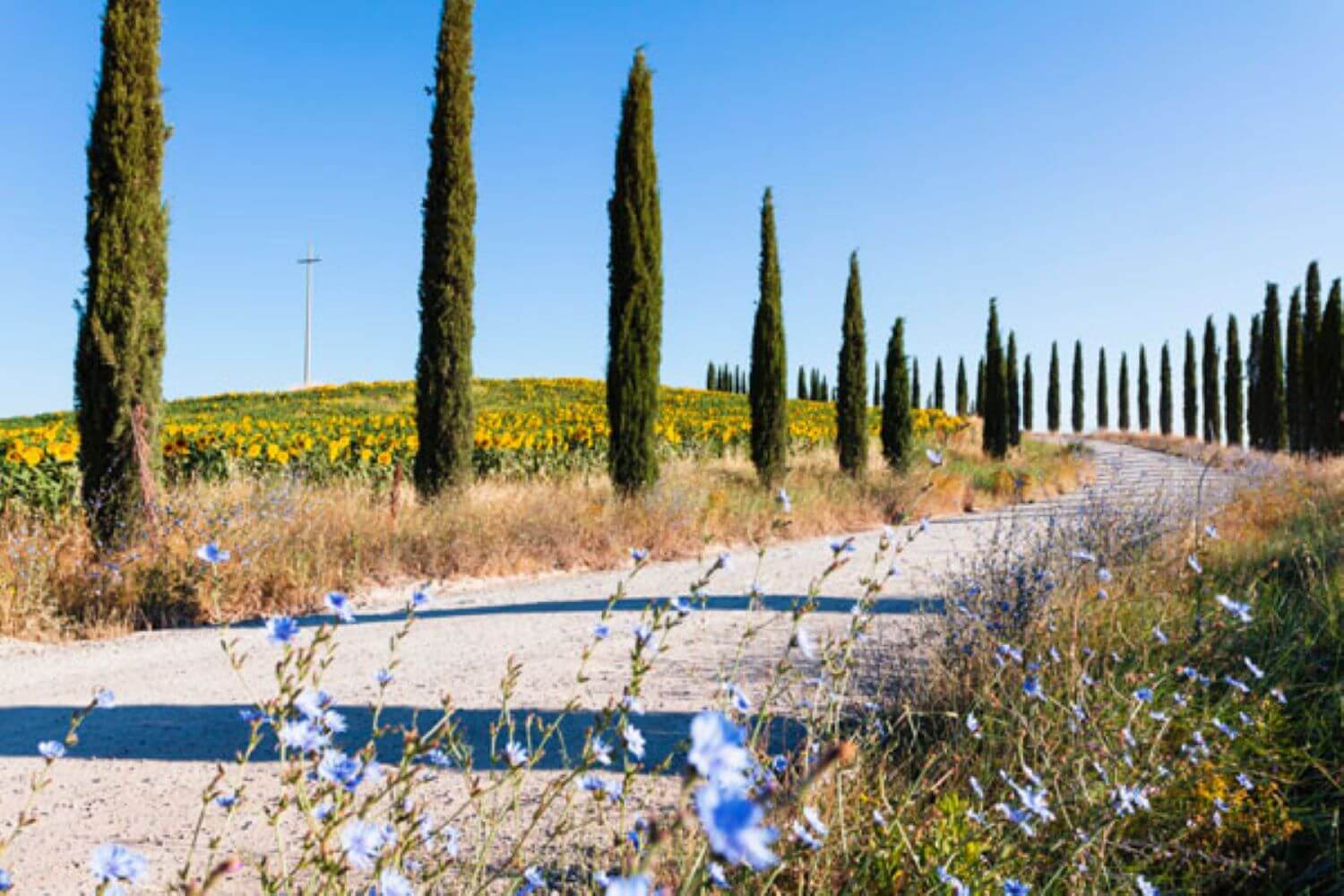 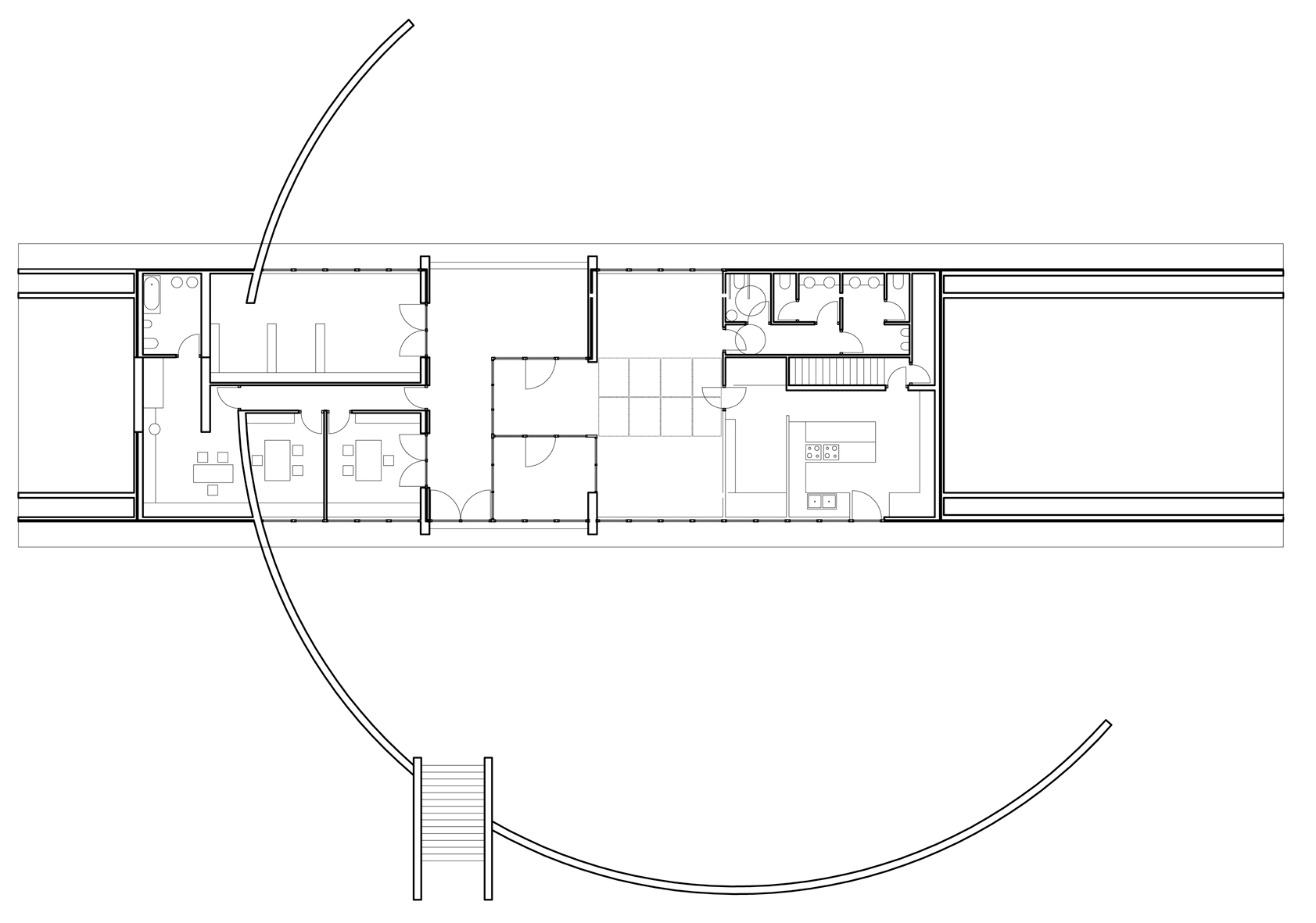 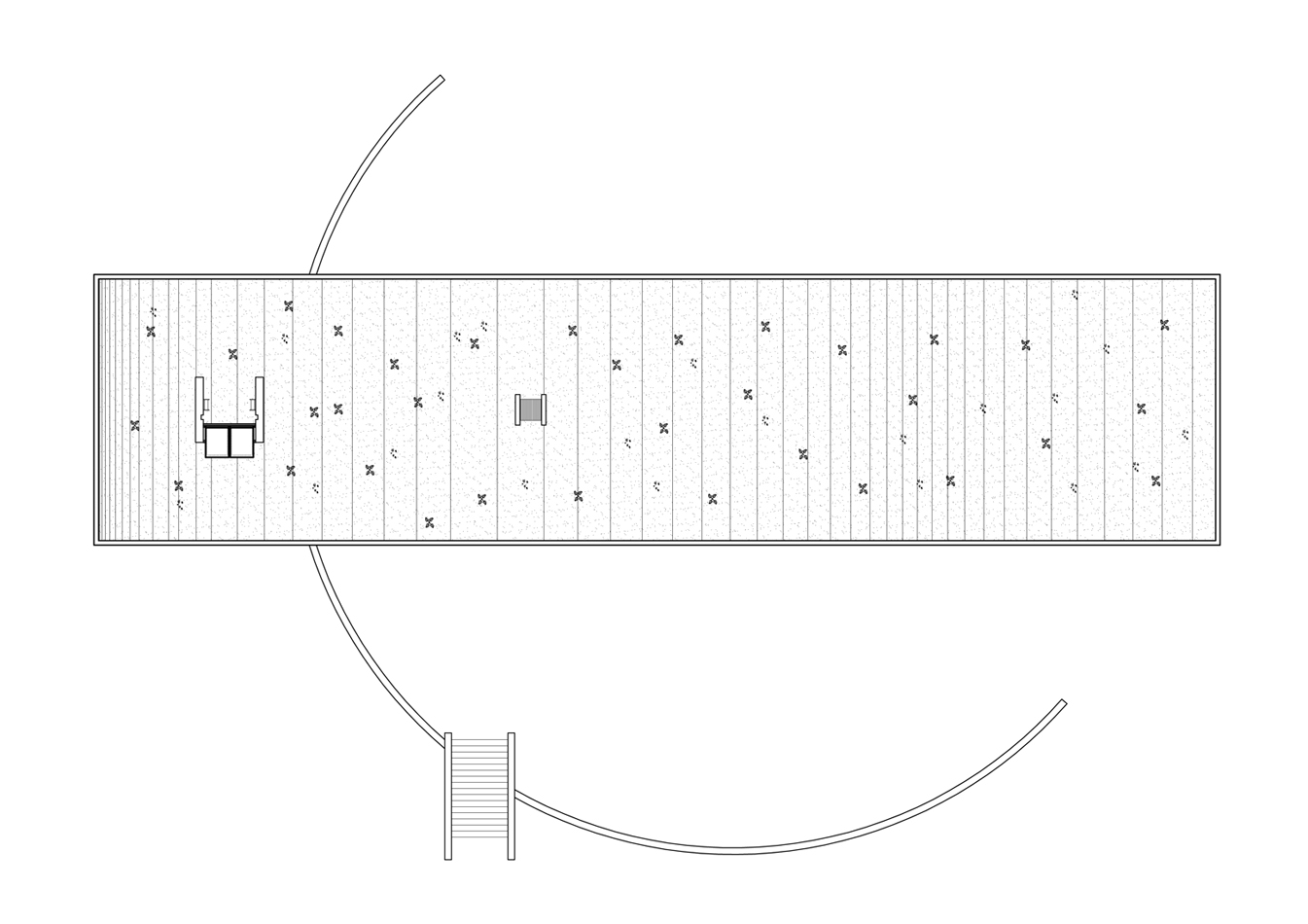 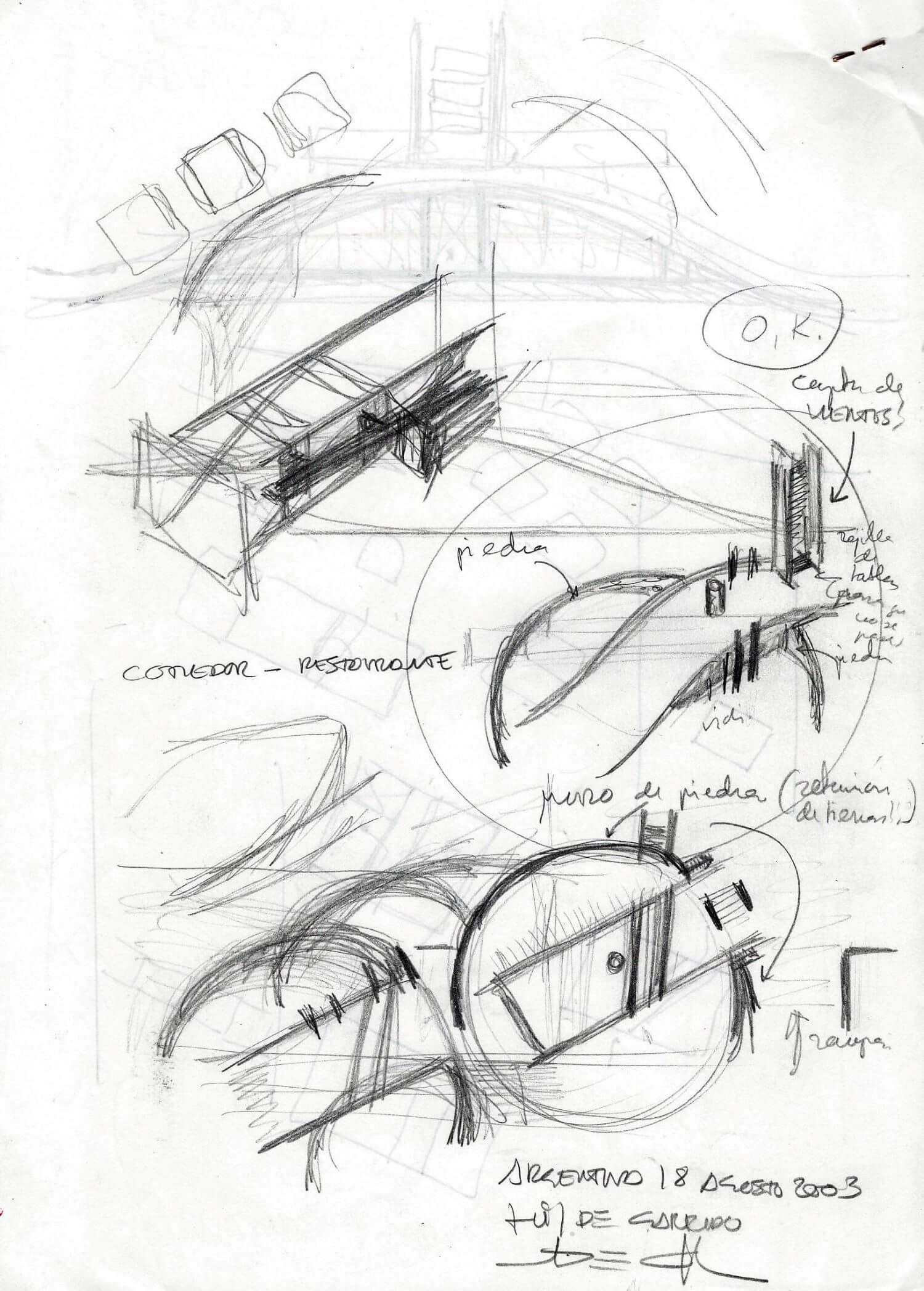 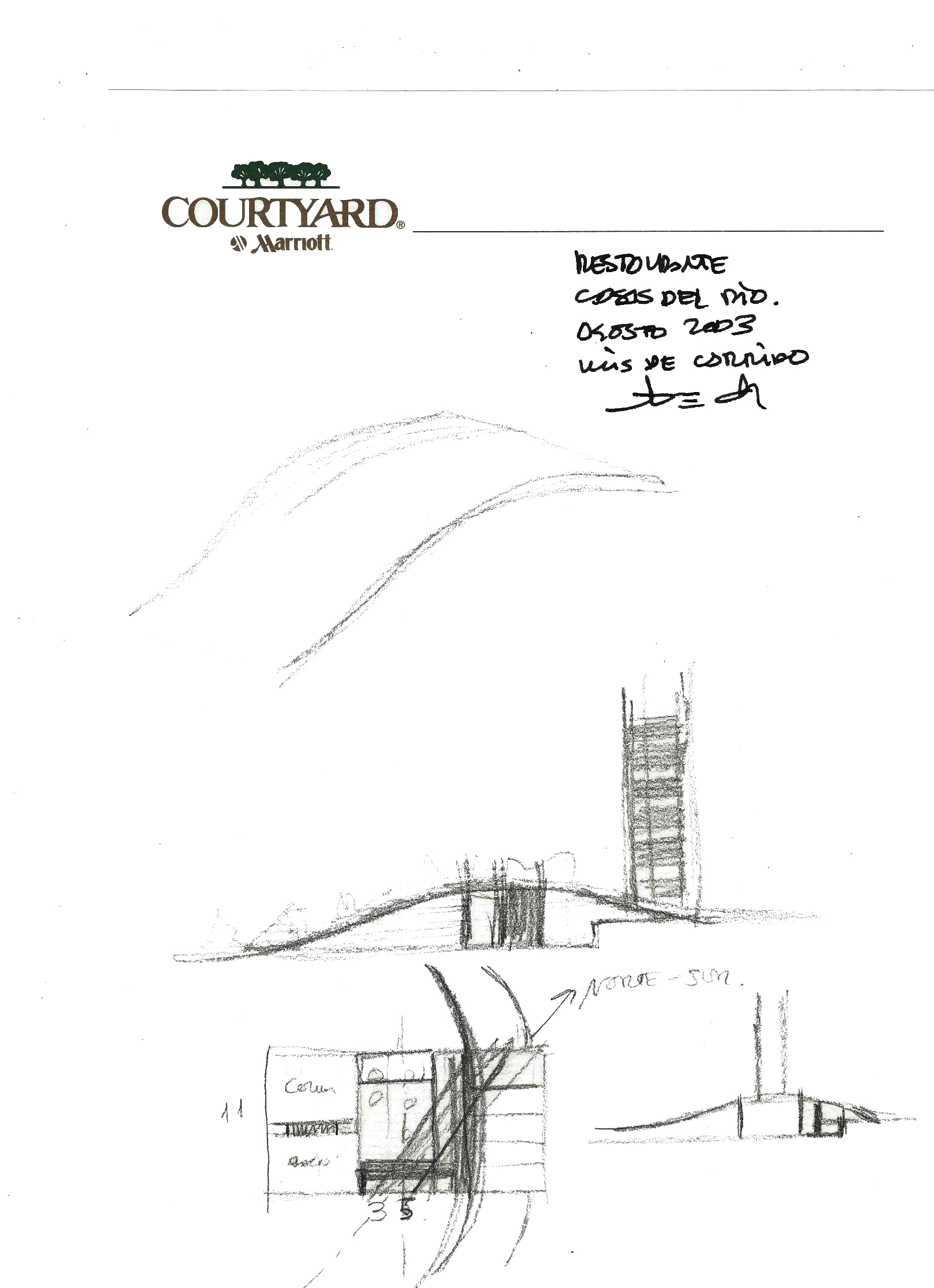 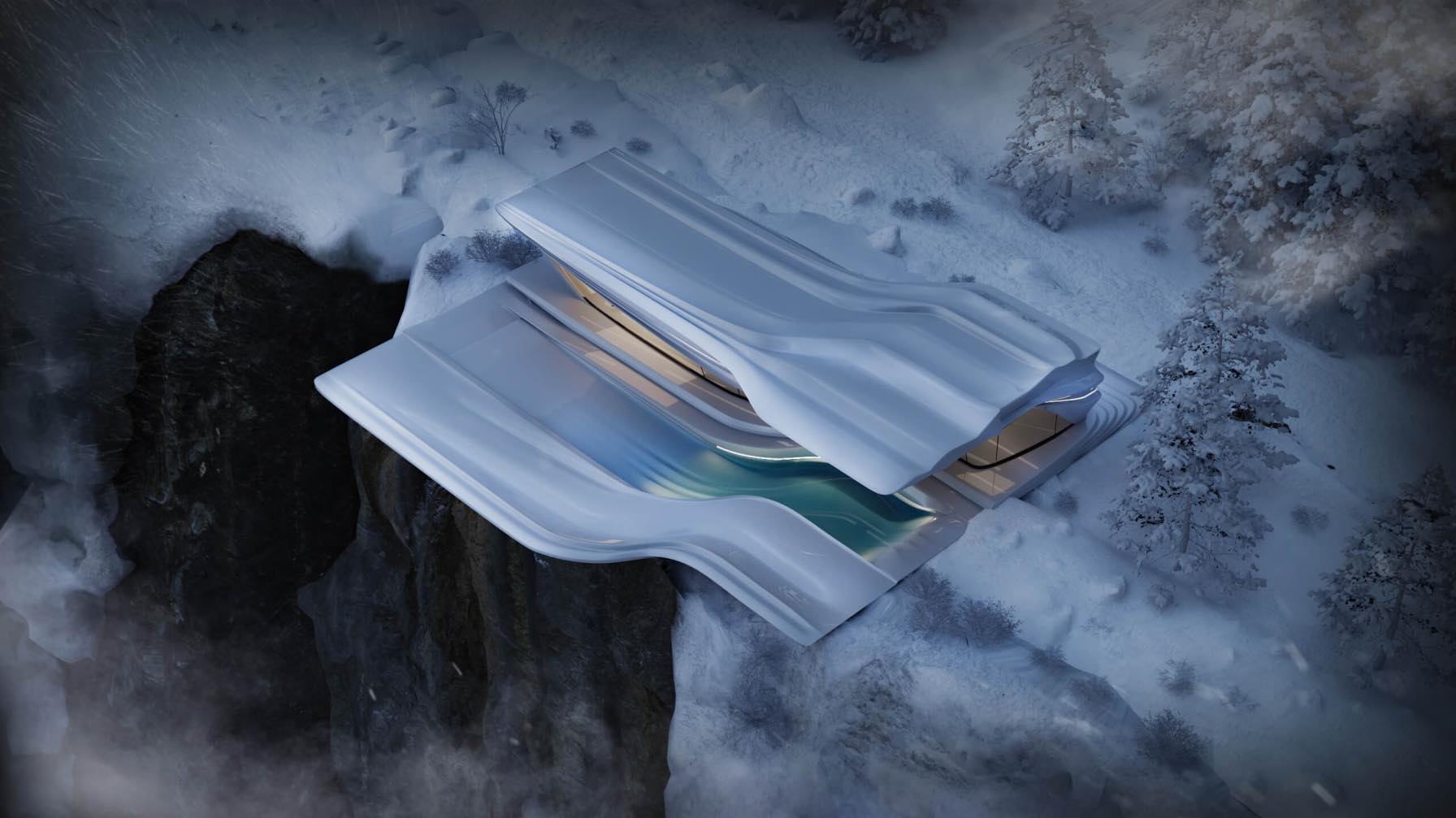 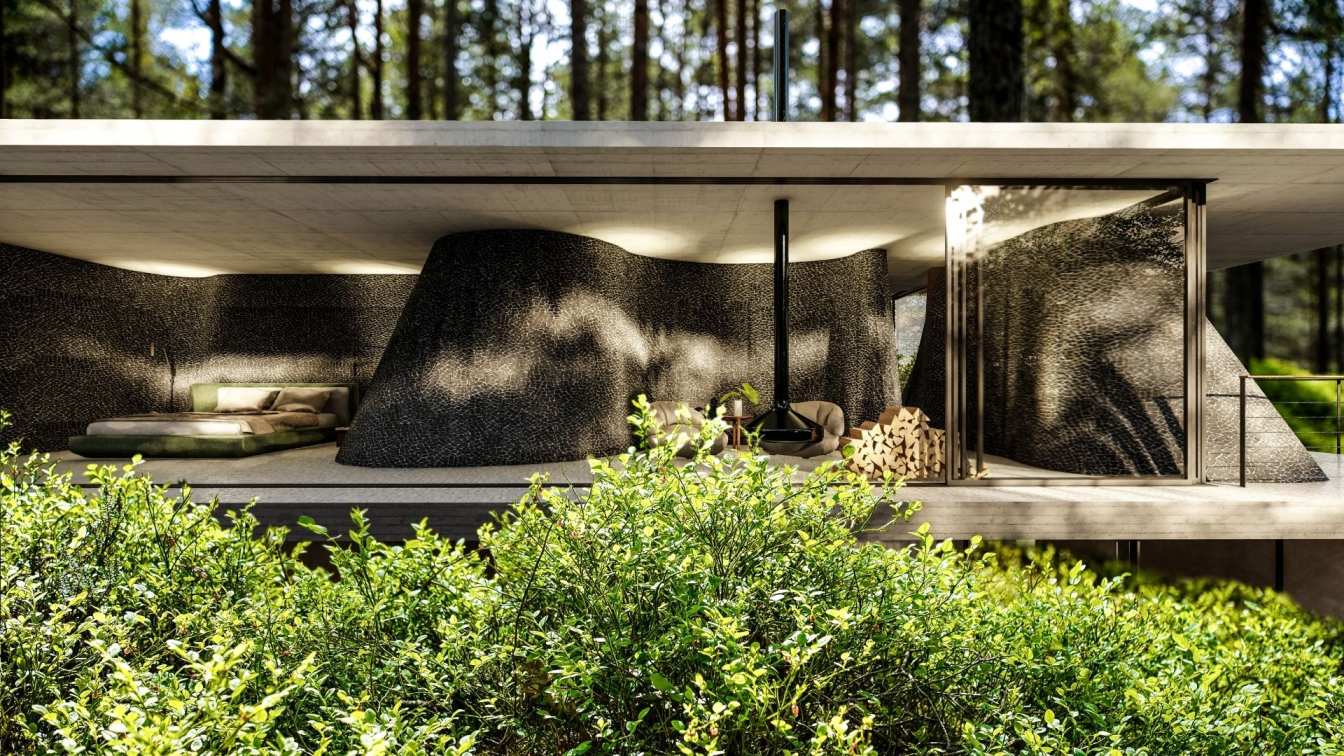 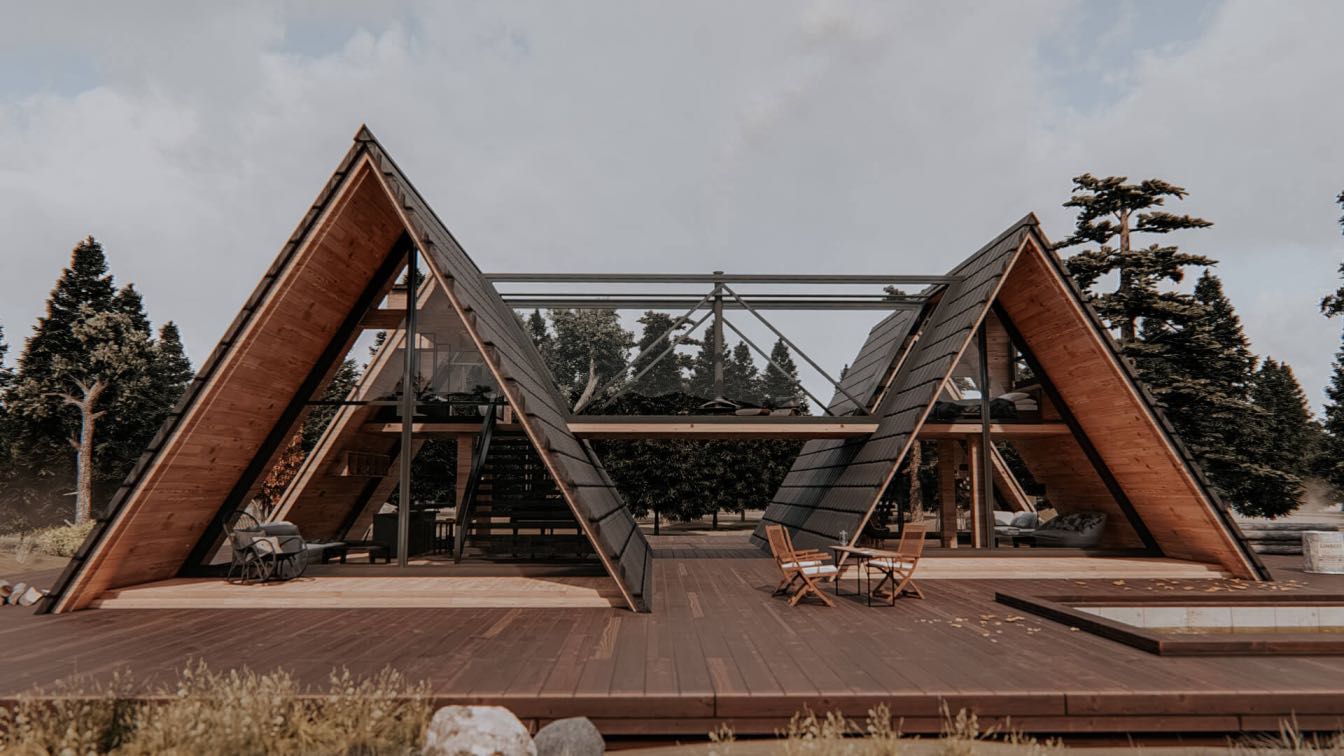 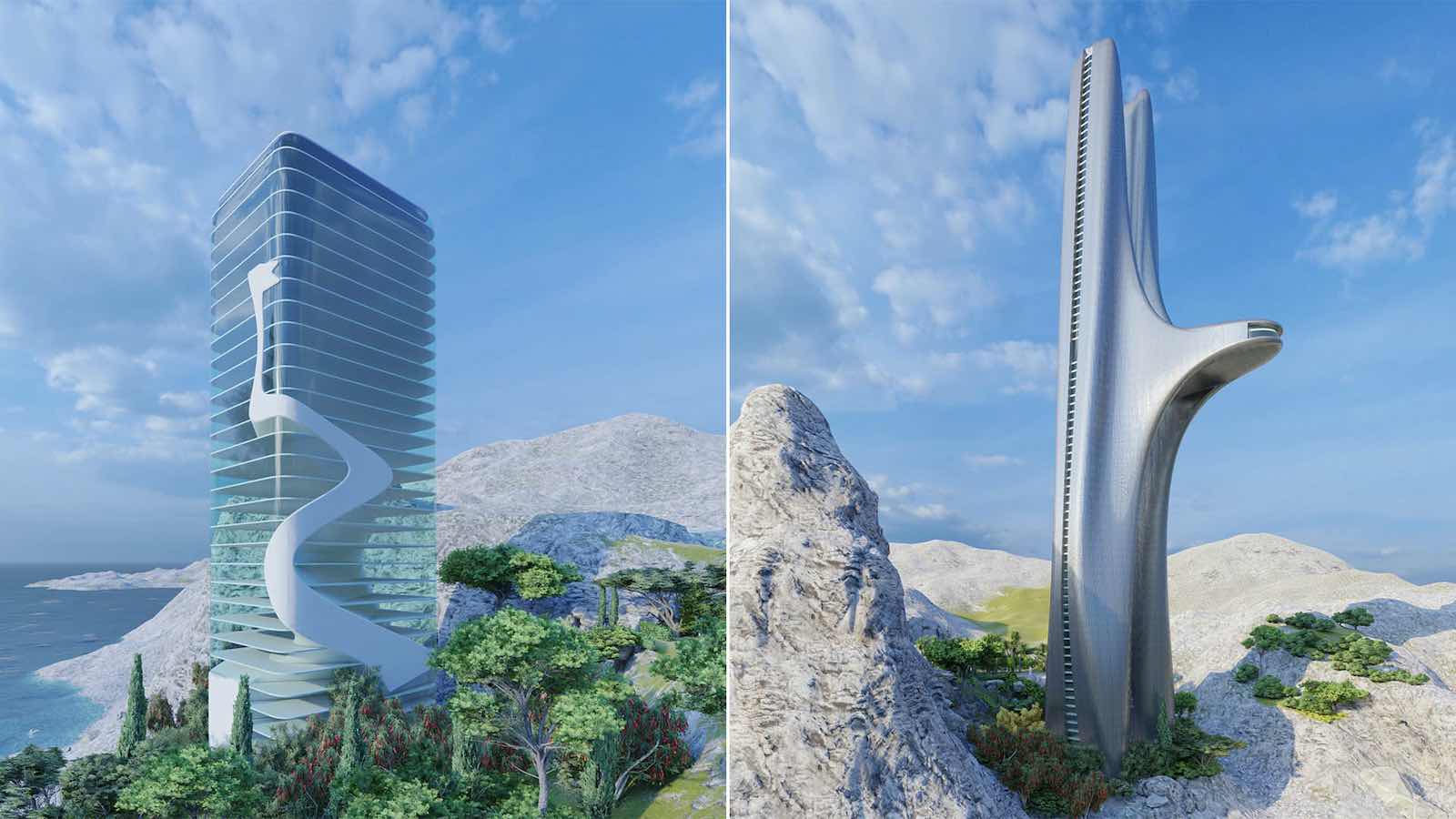 A series of futuristic skyscraper concepts by Umesh Bhosale