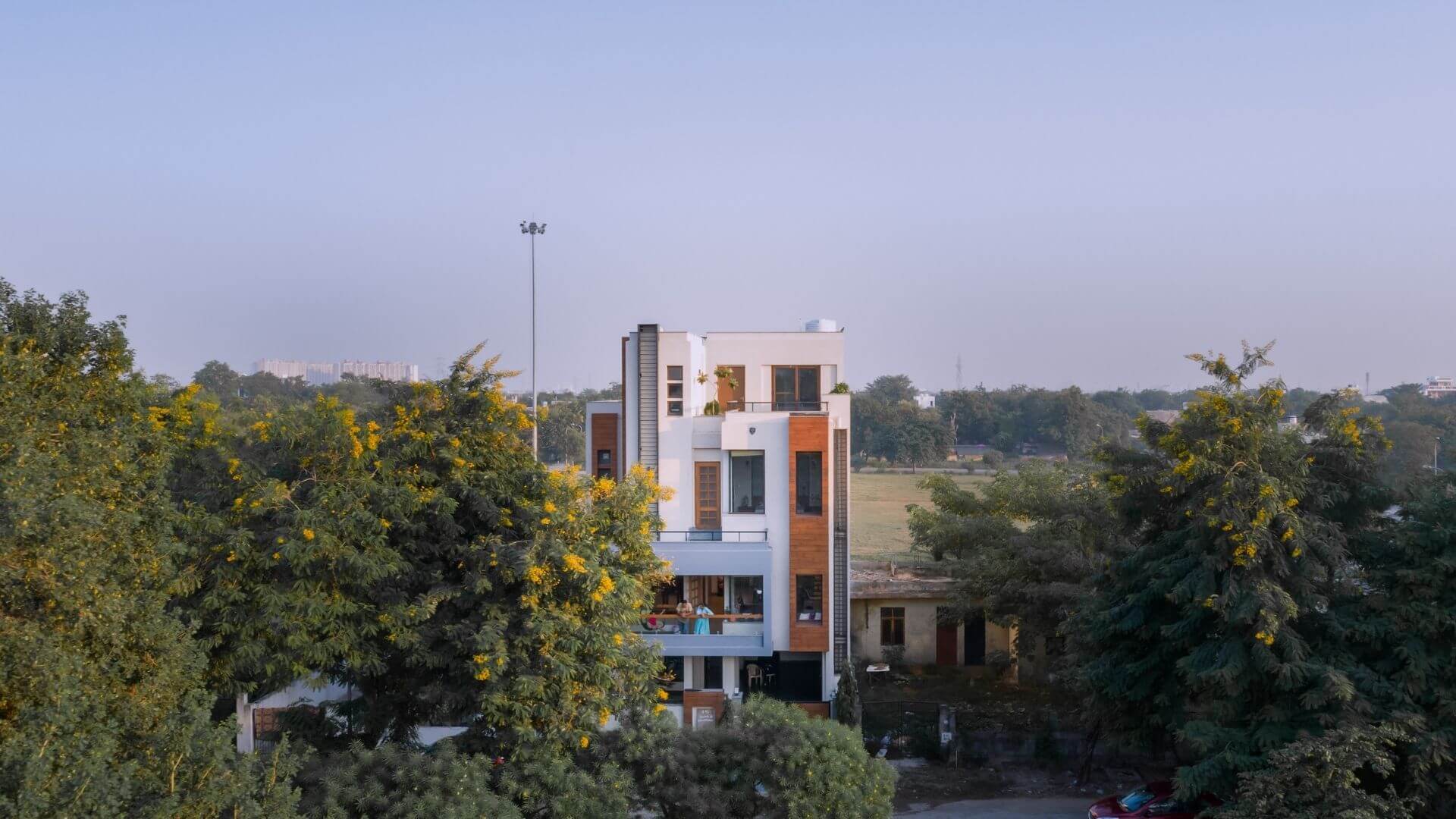 Chaukor Studio: An interconnected composition of Masses and Volumes - From Pieces to making Whole. The house derives its name from the video game of the 90s - Tetris and is designed as an interlocking composition of many smaller volumes. The house is situated in Greater Noida and is built on a plot size of 200 square meters. Built on one of the middle plots of the row housing, the house shares both of its side walls with its neighbors leaving only the front side and rear side for light and ventilation. This being a major limitation, the overall volume of the house is broken into smaller parts and staggered to maximize the external surface area. This provided opportunities to create window openings and doors not just on front but also side faces of the house so that all interior spaces receive ample daylight and proper ventilation. This was further accentuated with a light shaft made right at the centre of the house that also sports a double heighted vertical green wall.

Staggering of volumes also provided the overall structure to have many open-outdoor spaces at various heights and levels. These levels were used to create built-in planters at many places while also as landscape terraces. The staggering further allowed many smaller spaces to be formed in the front part of the house thus providing a very distinctive style and an interesting character to the overall form.

As the neighboring plots share the side walls with the house, the staggering also allowed for breaks with the adjoining buildings. This allowed the volumes and material finishes to bend thus creating a perceptive depth to the exterior elevation design. 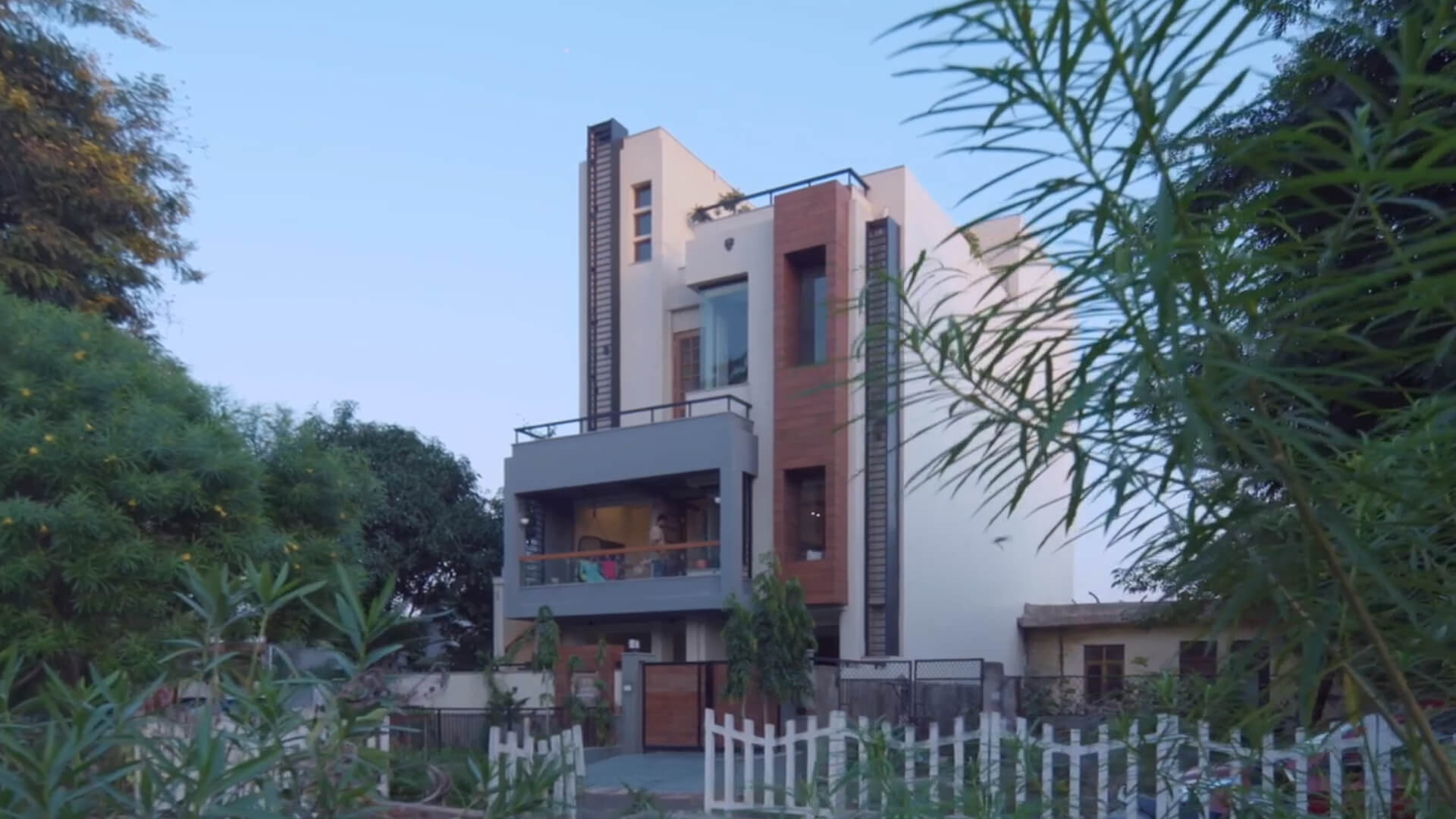 House is designed for a family of four members thus the requirement was to create a spacious living space with ample daylight, ventilation and also opportunities of landscape terraces for outdoor experiences. While the living spaces of the house are planned on two floors in a duplex format, the overall experience of social bonding is kept very tight and compact. Very large double heighted space is created in the central living area in which all the private bedroom open up or look into (from the upper floor). This allows all the members of the family to gather in the central space more frequently while maintaining their private individual spaces.

The public area (Living / Dining) is planned as a fluid open space working in conjunction to an open kitchen. This floor thus becomes the most active part of the house. Internal stairs connecting the two floors are planned right in the centre of the this public space to maintain a very strong connectivity between the two. Also the double heighted light shaft with the skyroof on top and a vertical green wall, is also plugged in with this central double height space so that the two always work in conjunction and become part of the everyday experience. The upper floor of the duplex is primarily comprised of private spaces and bedrooms with their private terraces and balconies. All the three rooms on the upper floor look into the central double height space thus giving a strong sense of social connect. 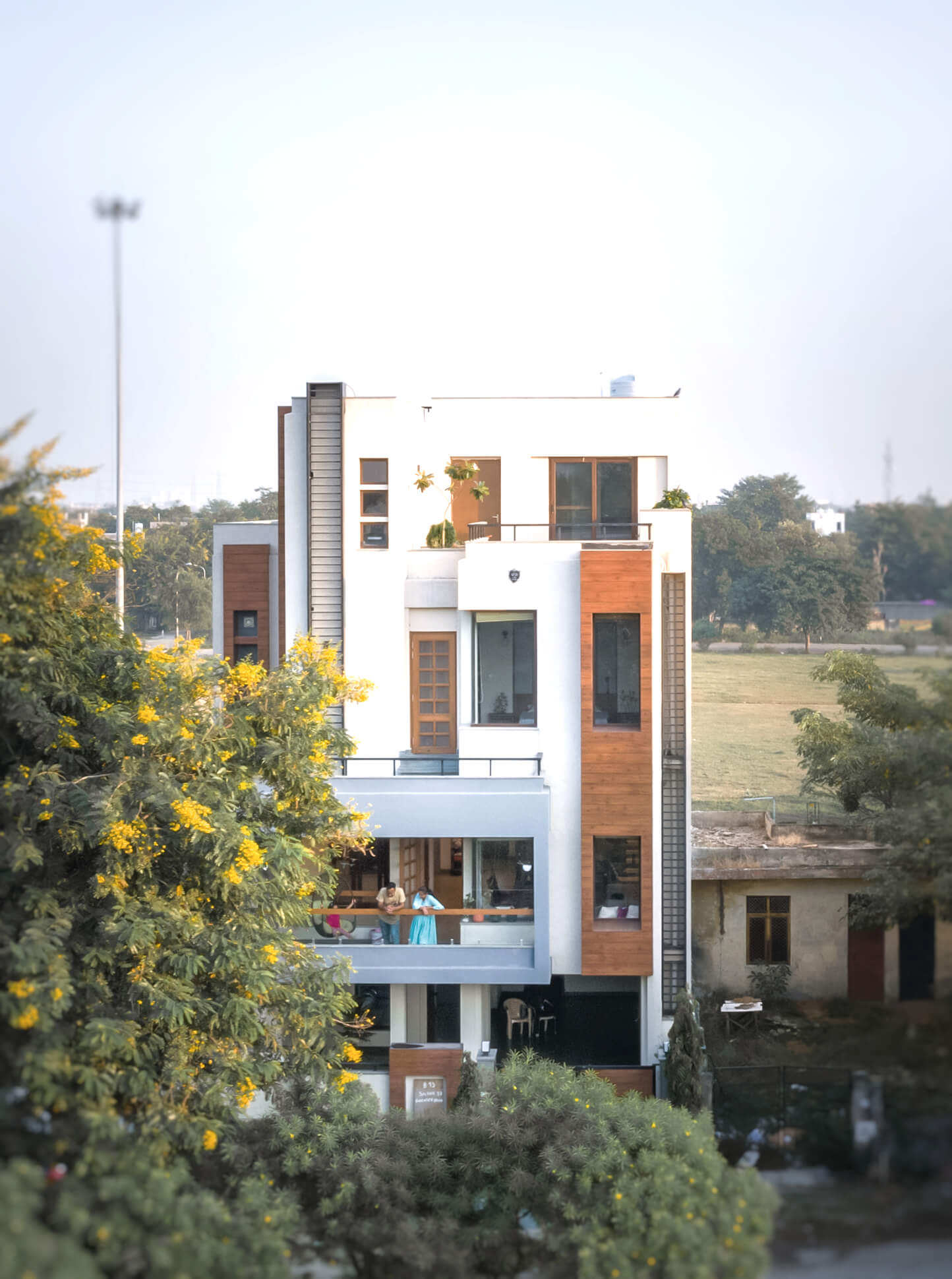 House is also planned with stilts at the Ground level that is partially used for parking cars while a larger part of the stilted area is used for recreational activities by the family. A lounging area for 8-10 people overlooking a splash pool is planned at this level. While a home office is also designed on this floor. The aim was to keep the ground level active throughout the day and maintain a formal connect between the duplex (living areas) on the upper level with the ground. A separate staircase is designed on the side that directly takes the person to the main living areas on the upper levels without entering the stilts.

This provides an exciting entrance experience where the person is able to visually connect with spaces on the stilt level while being physically disconnected. While going up the entrance staircase, an additional double heighted space is also planned in which a handcrafted wind chime is suspended. Planters and bed flowers also flow around these stairs. The aim is to create an ecstatic feeling where all the senses including the visual, audible, tactile and that of smell are tickled with right at the entrance of the house. At the terrace level, a kitchen garden is also planned with landscaped areas. A small multipurpose room is also planned at the terrace that functions as a party space and also a home-gym with grand views of the landscaped surroundings.

In the overall essence, the house is an architectural composition of distinct blocks of various shapes, sizes and materials. All of the building blocks in the house together form a larger whole while being distinct and individual in their own existence. This intermixing of shapes and volumes is a very contemporary approach to architectural design. Most of these volumes also have a distinct material finish of their own which makes it even more complex in achieving a larger balance. Contemporary design is not a specific style that belongs to a certain region or a time period. It can be rather defined as a unique design approach where one has to think completely out of the box to match the requirements of the project. Since there is no pre-defined order or style that defines contemporary design, each project comes up with its unique expectation and needs. Thus, every project is distinct when designed in a contemporary manner. Tetris house is a strong case example of contemporary architecture and showcases a very unique approach to design. 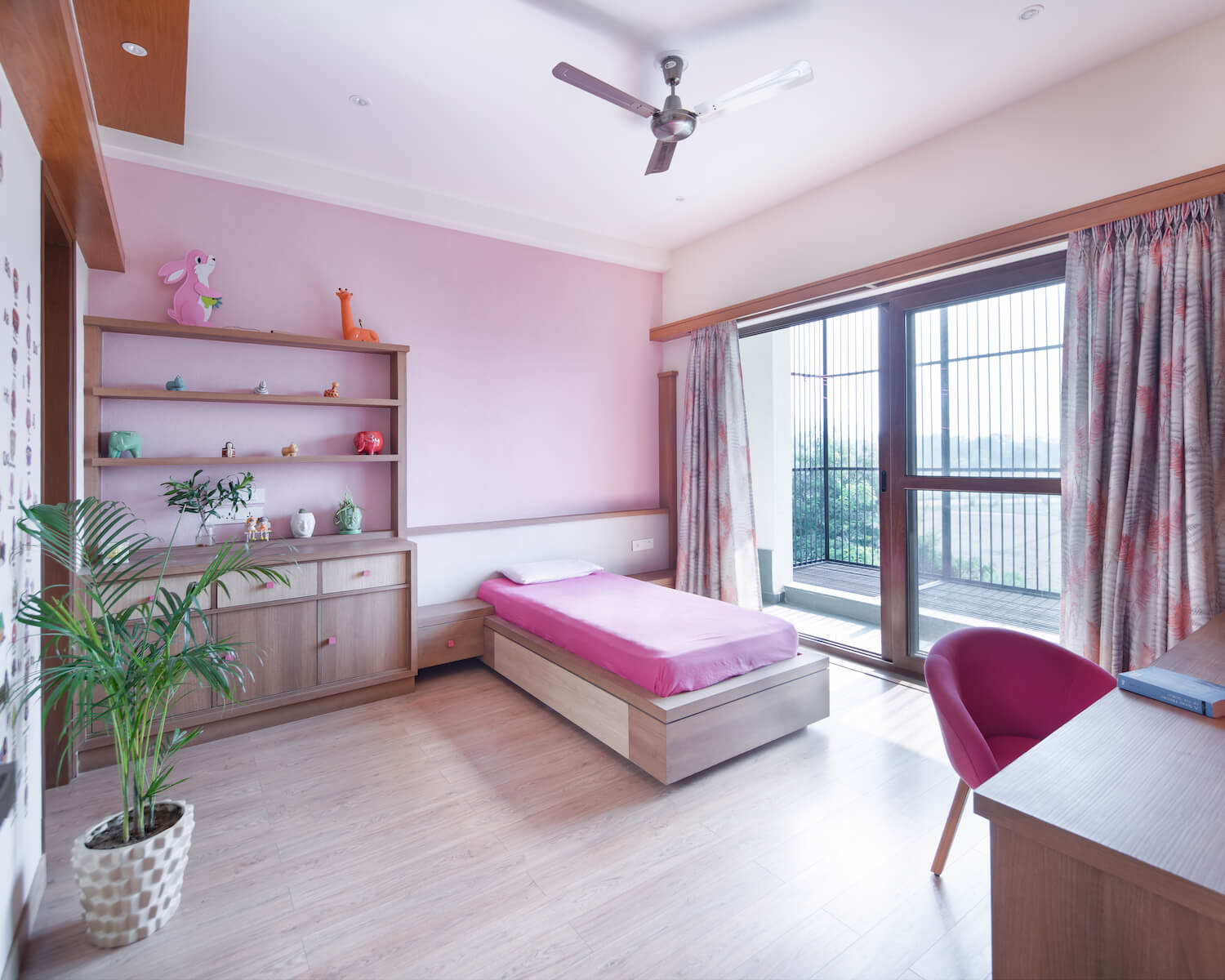 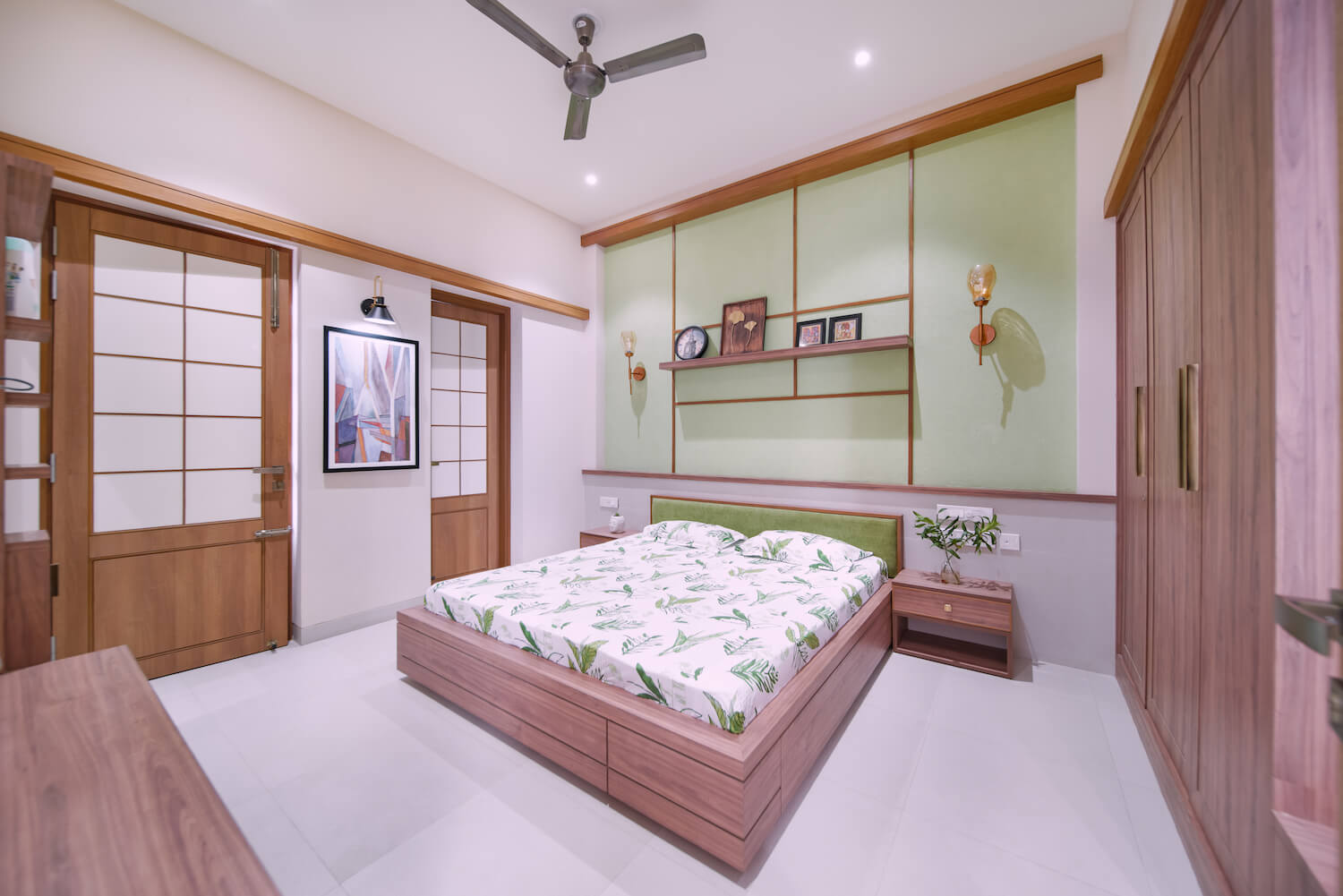 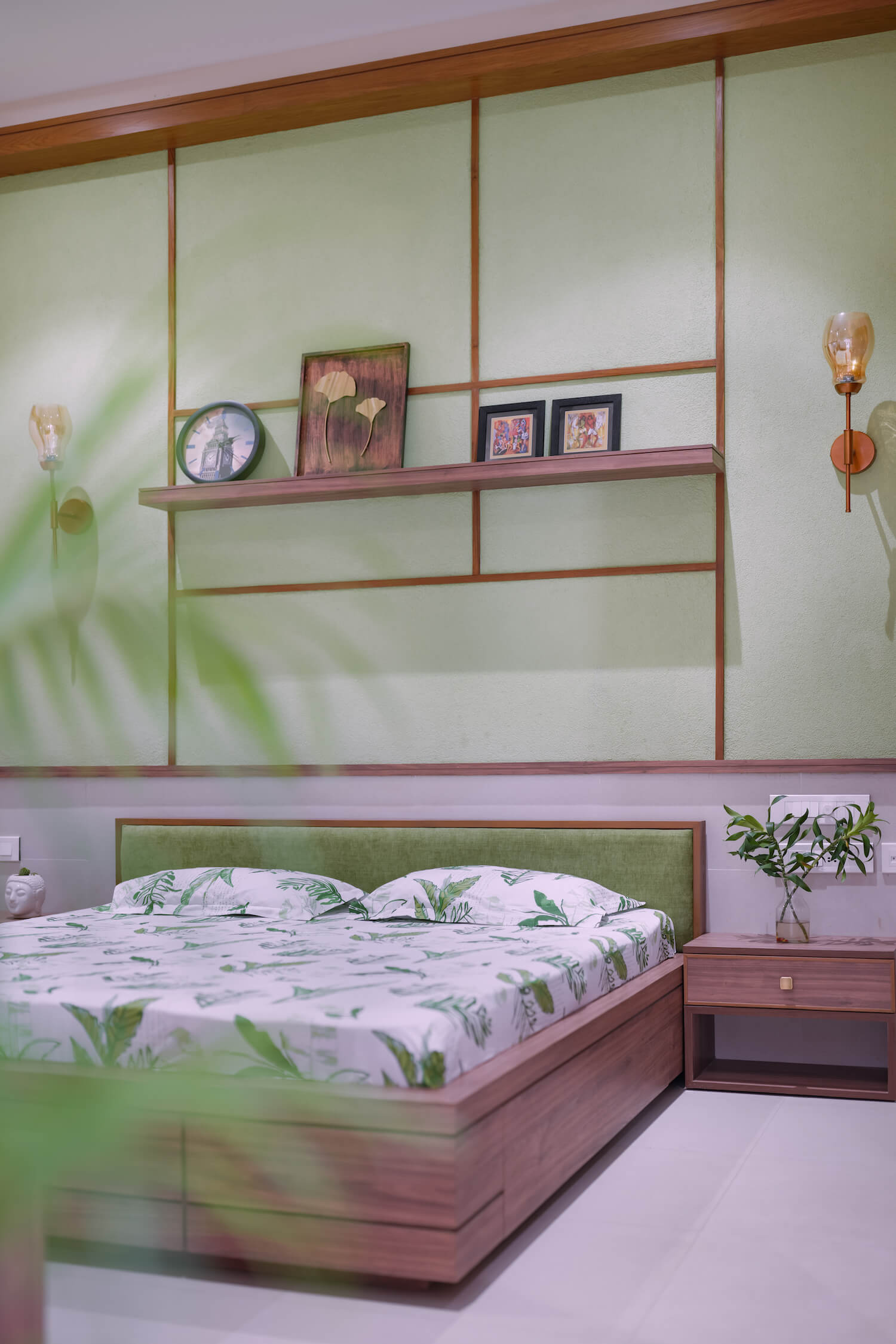 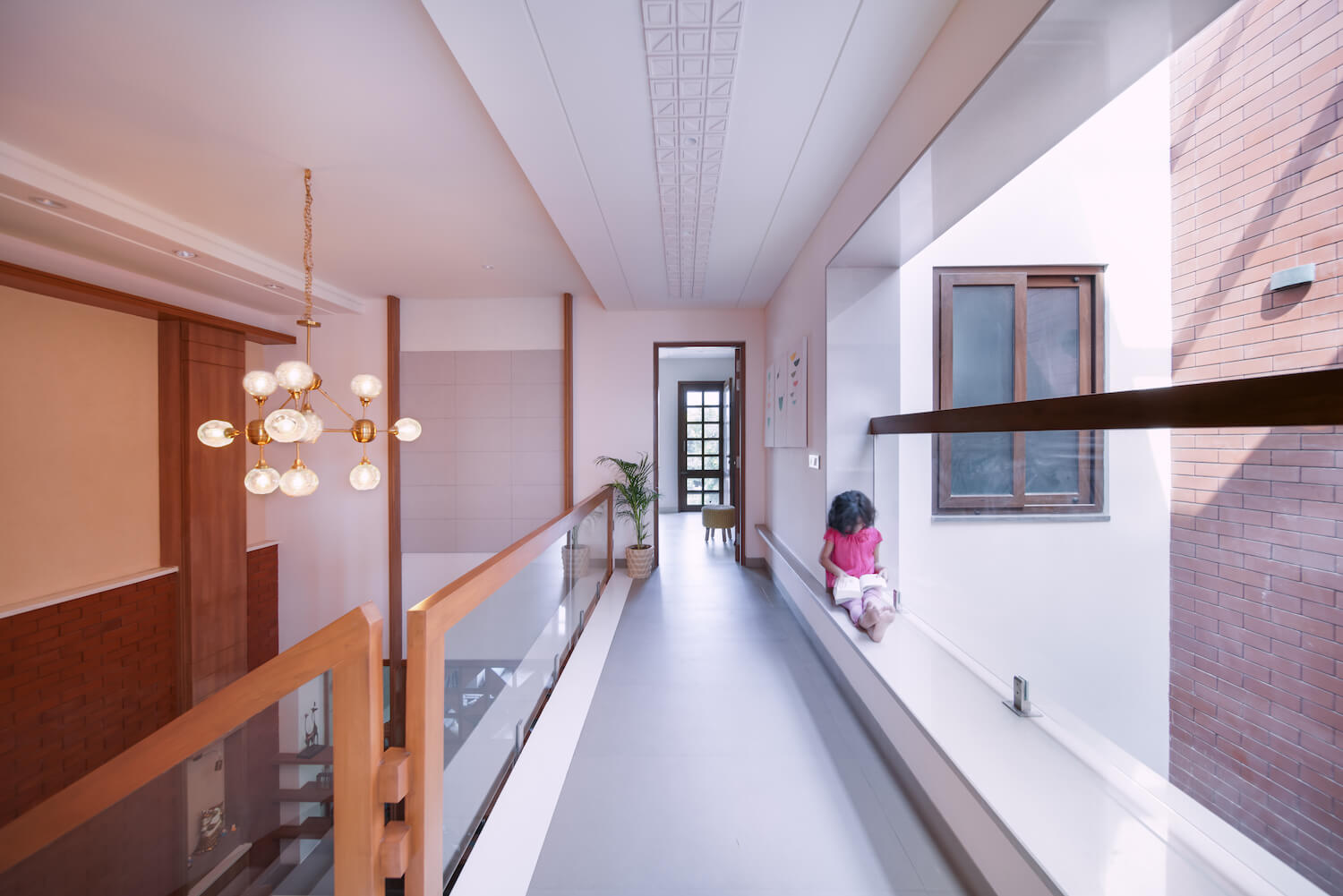 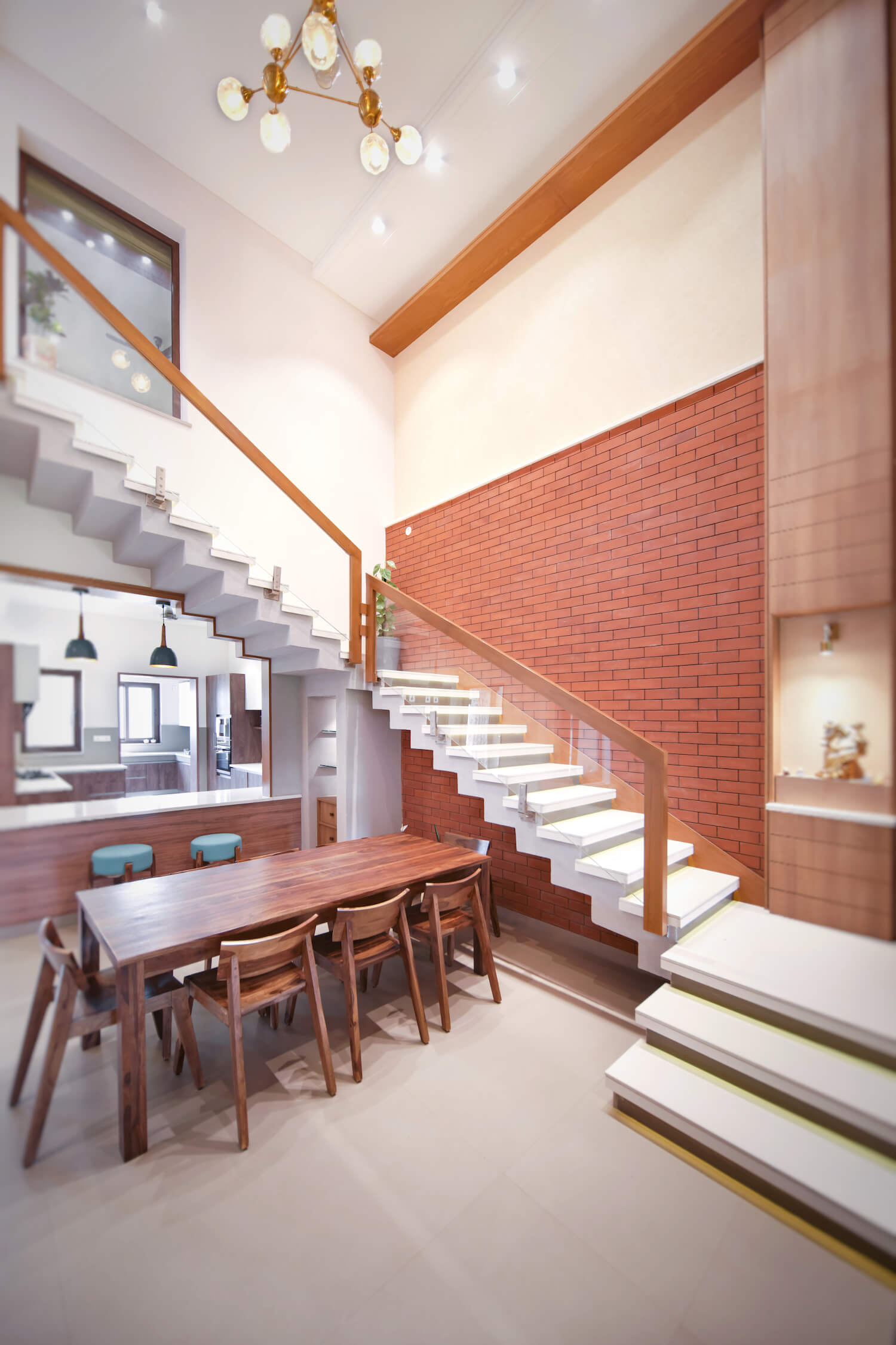 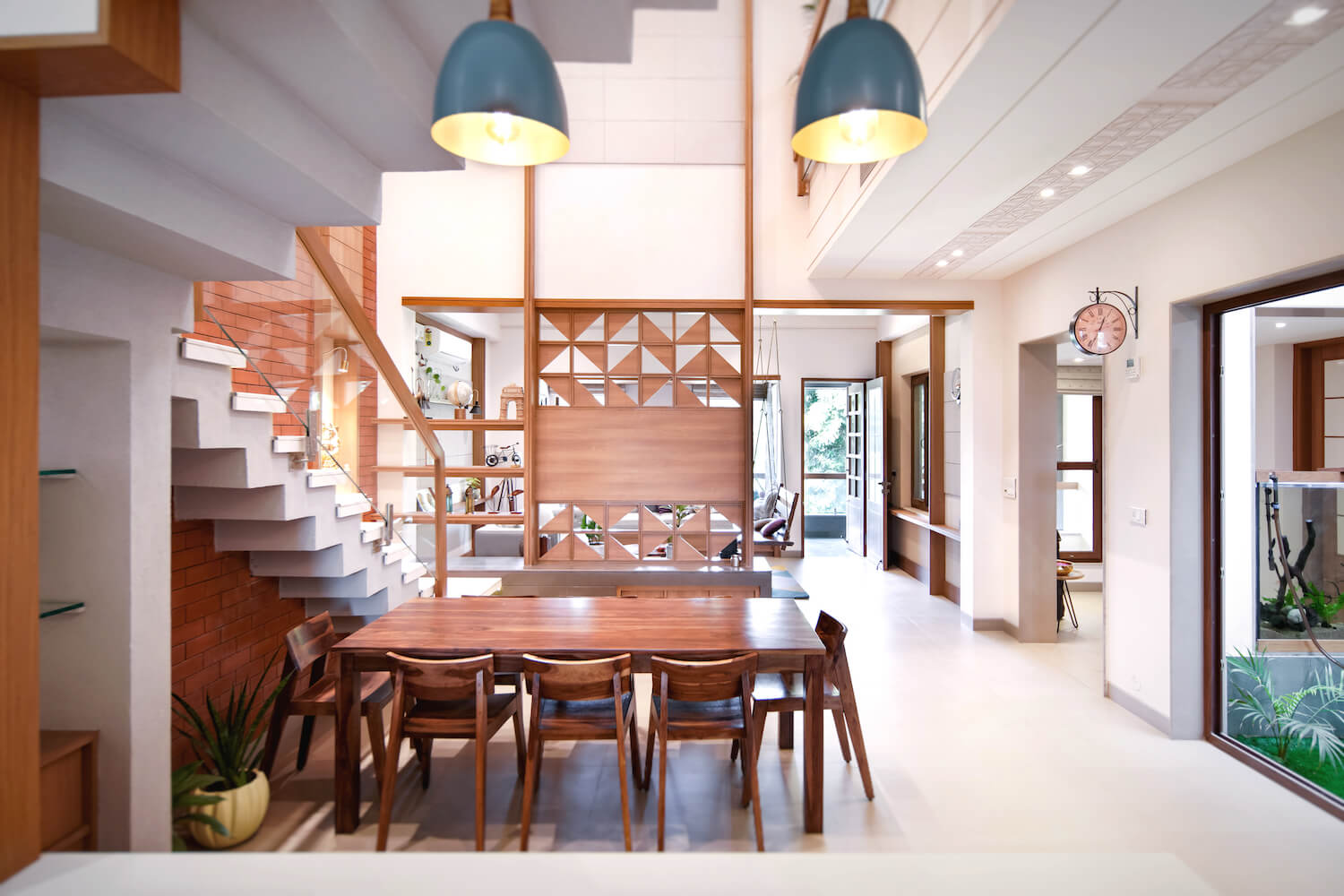 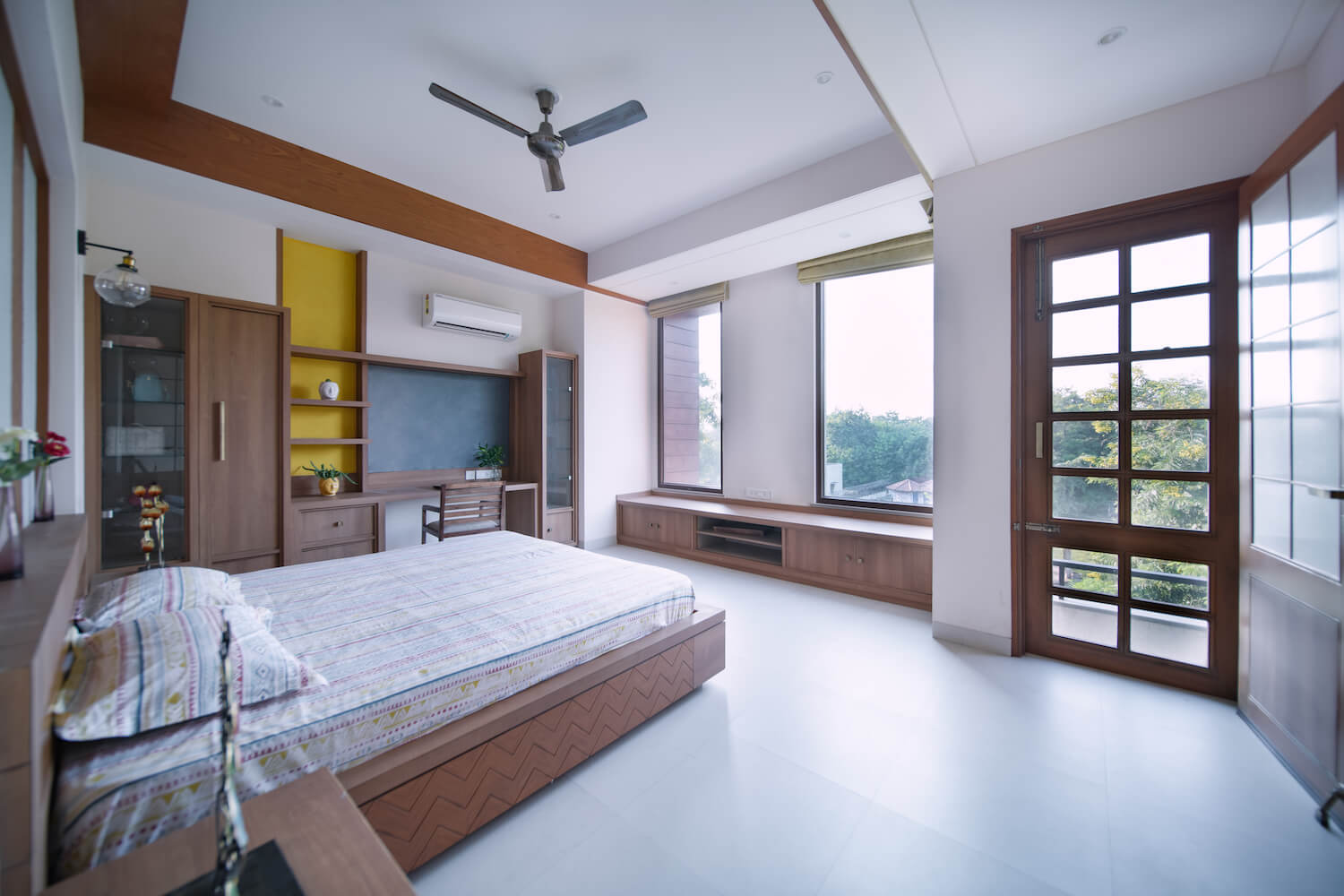 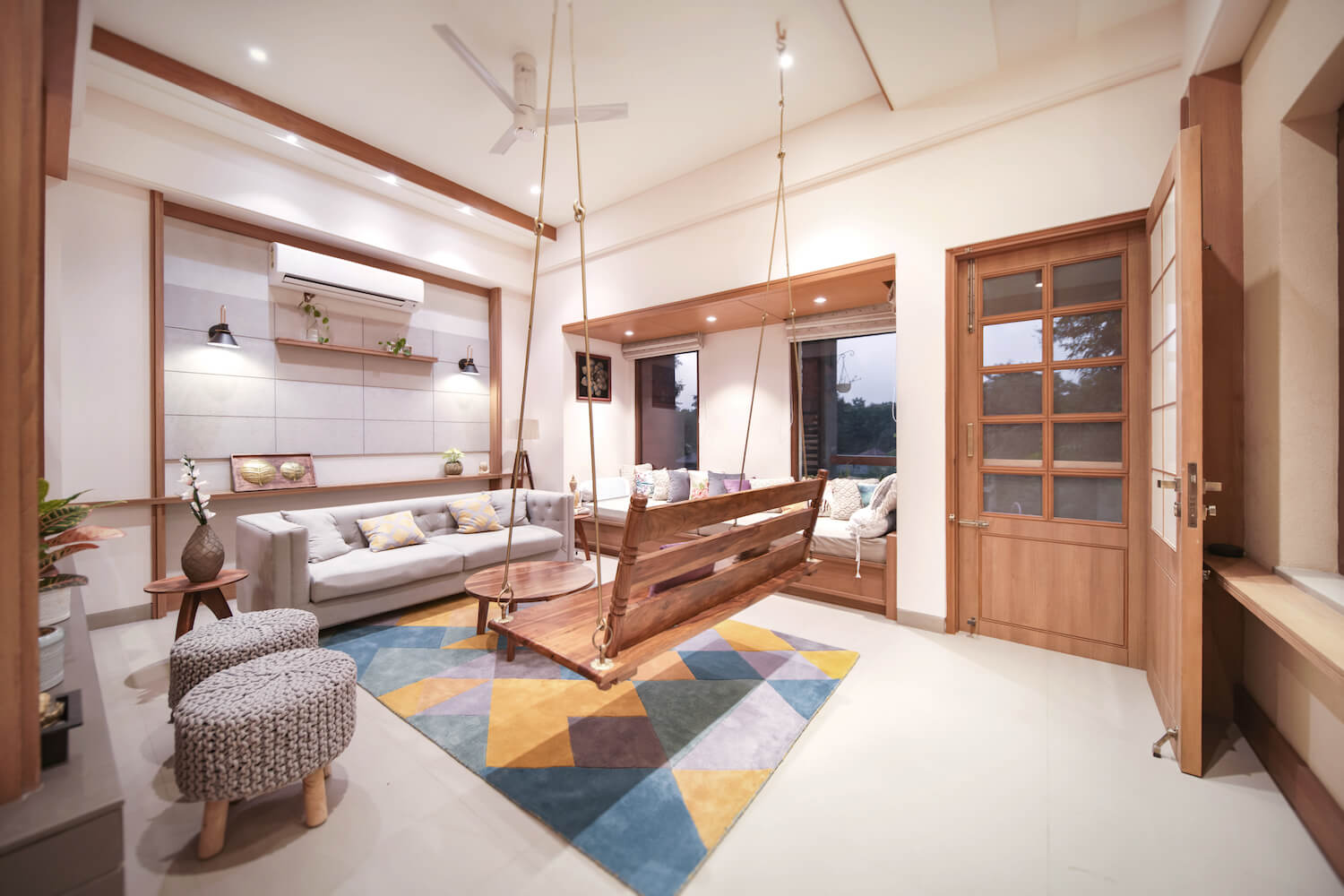 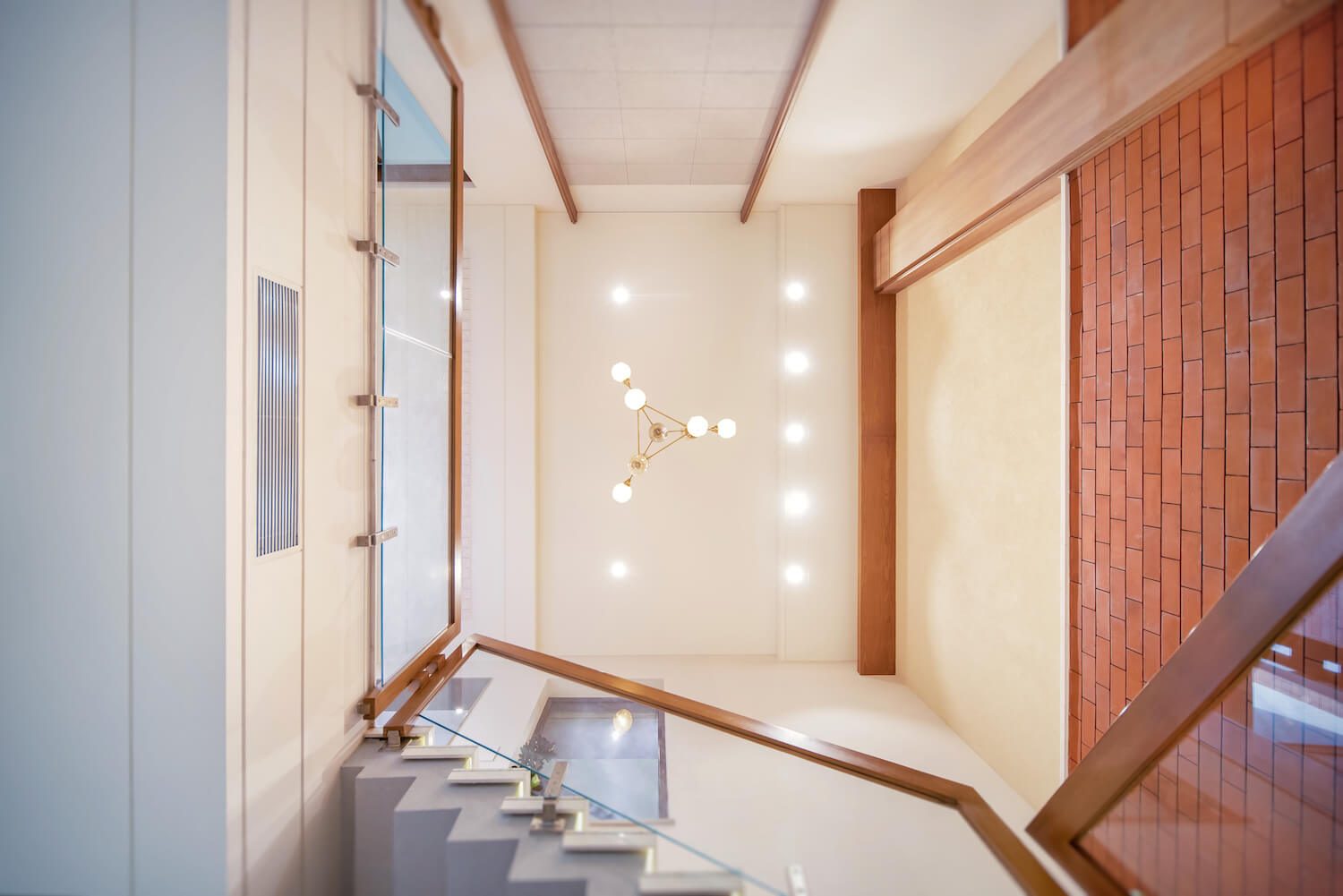 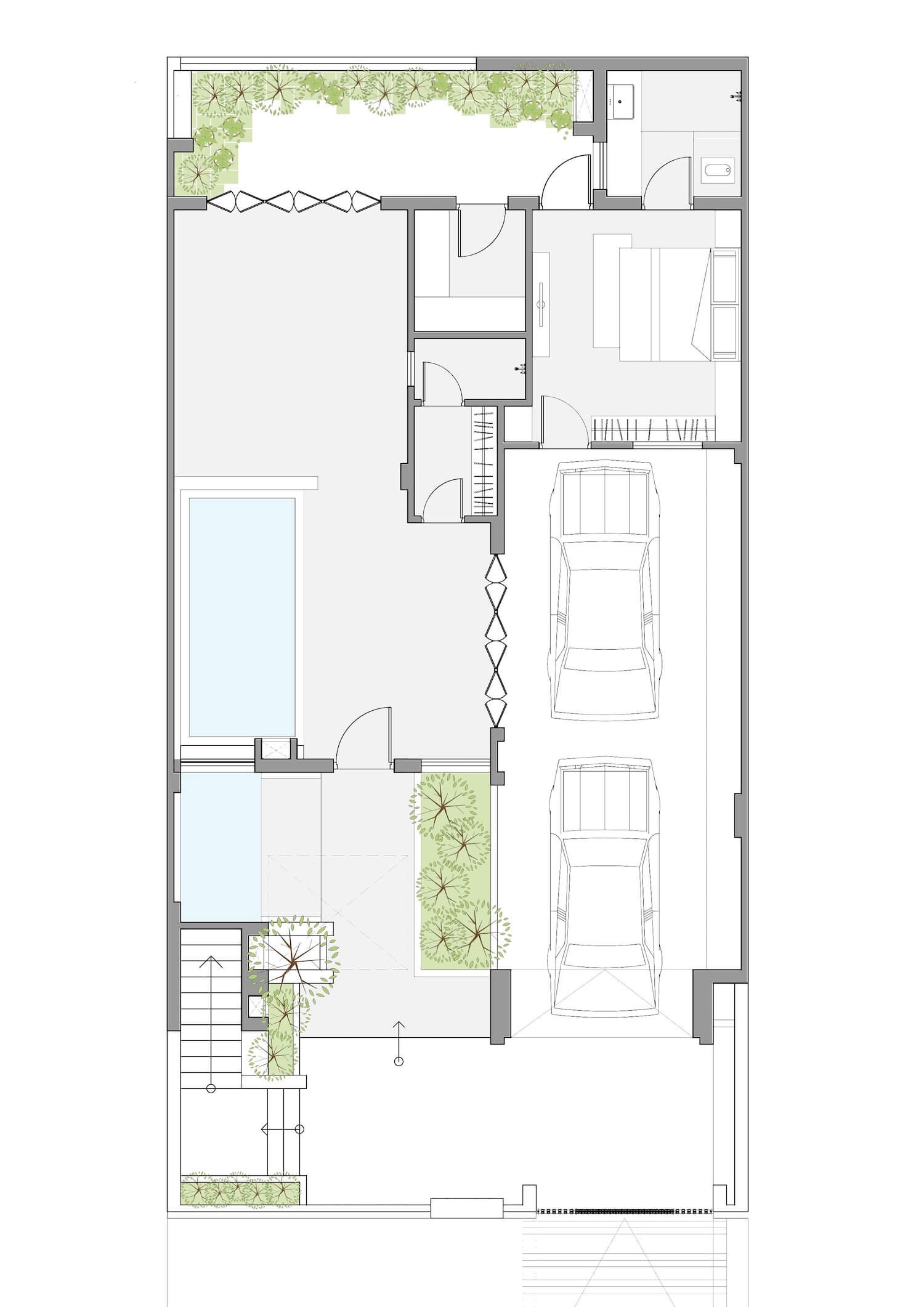 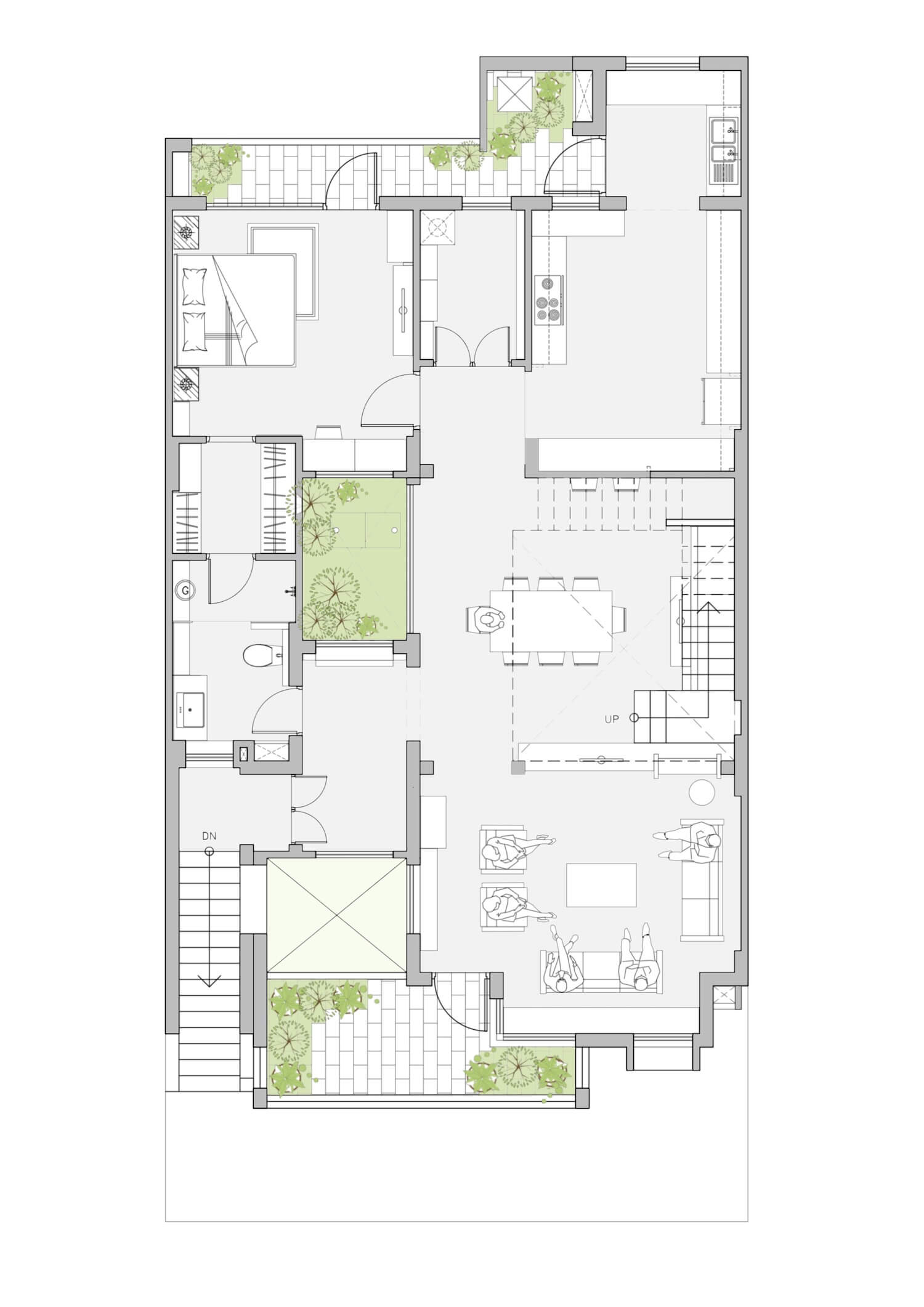 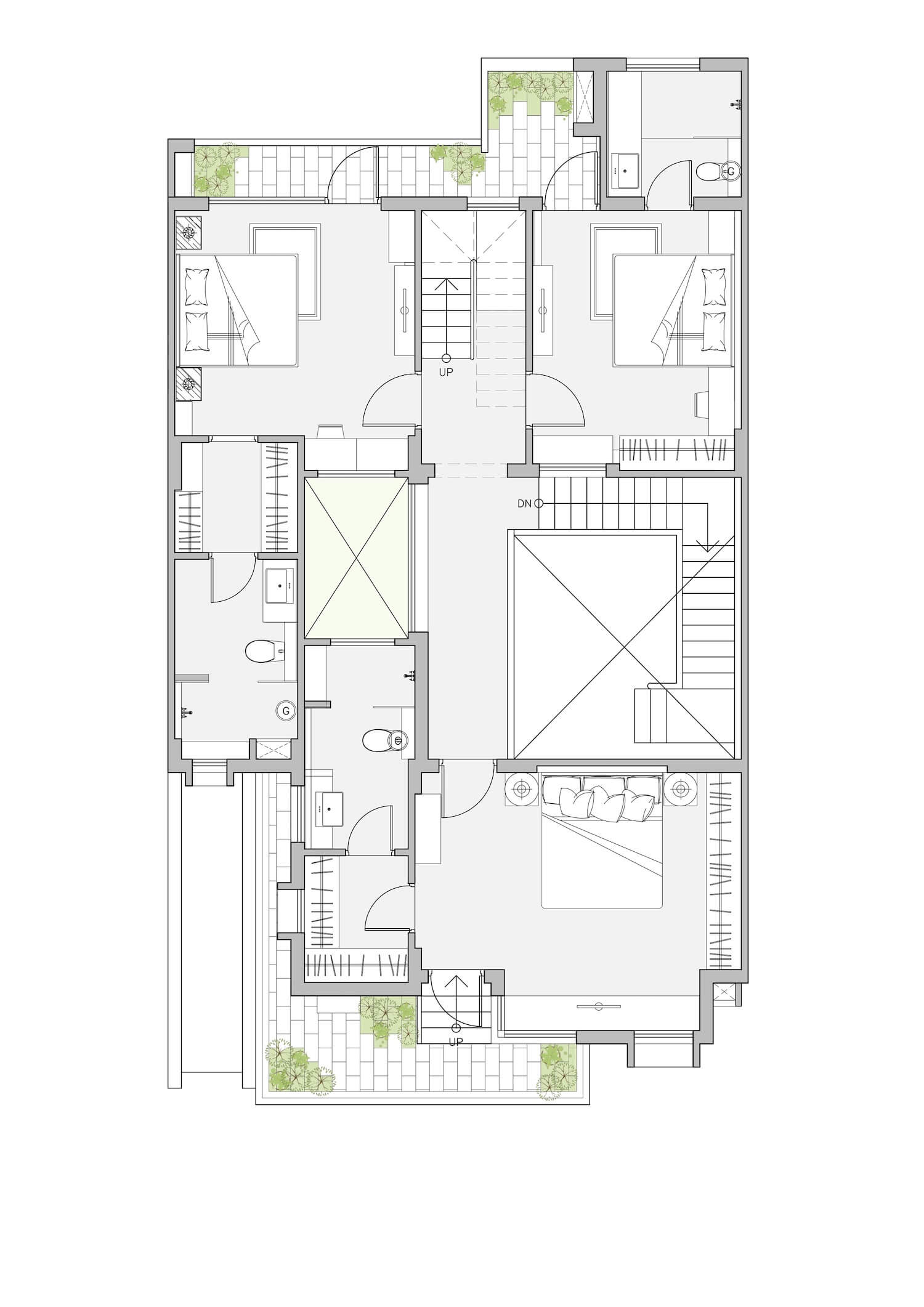 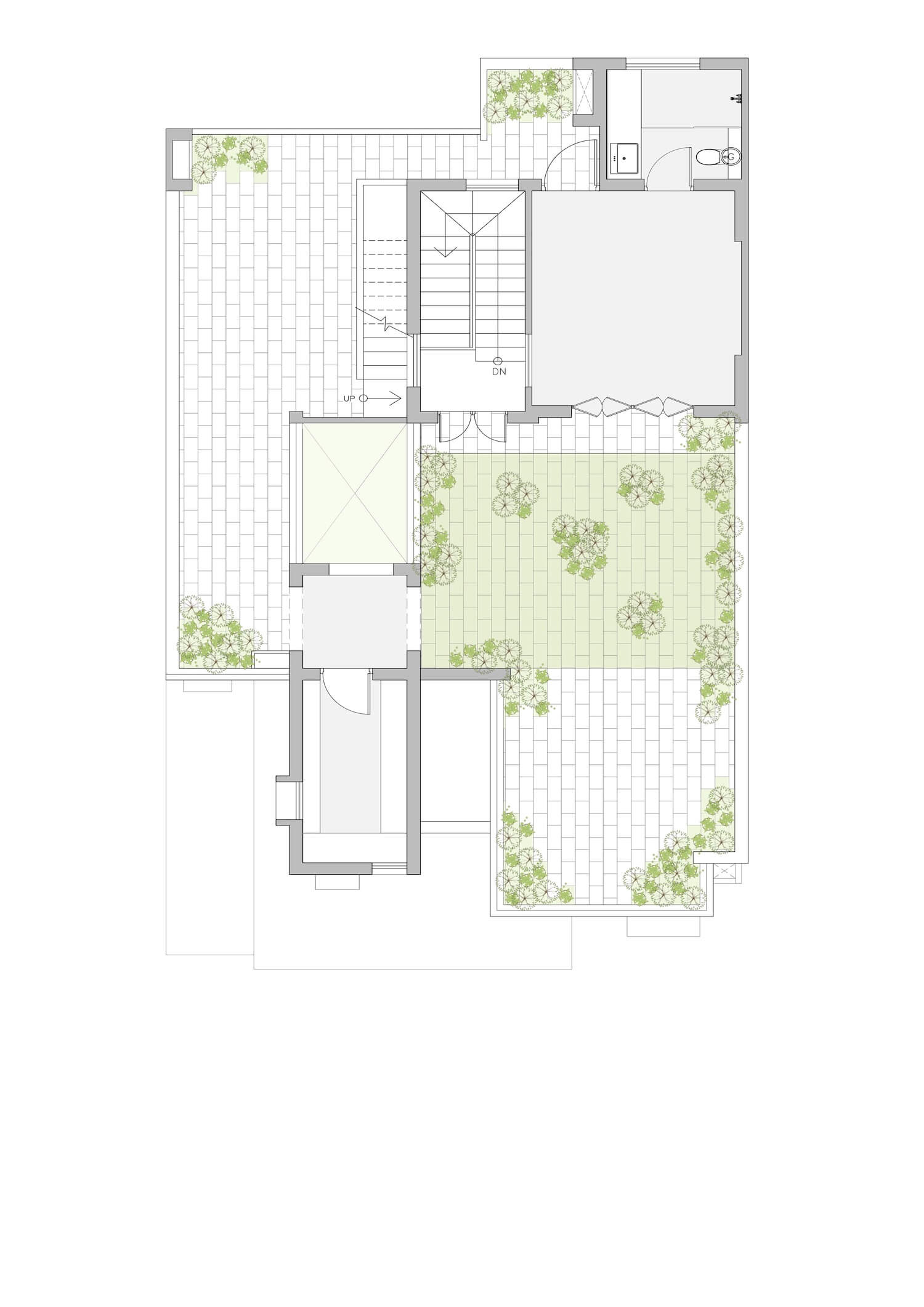 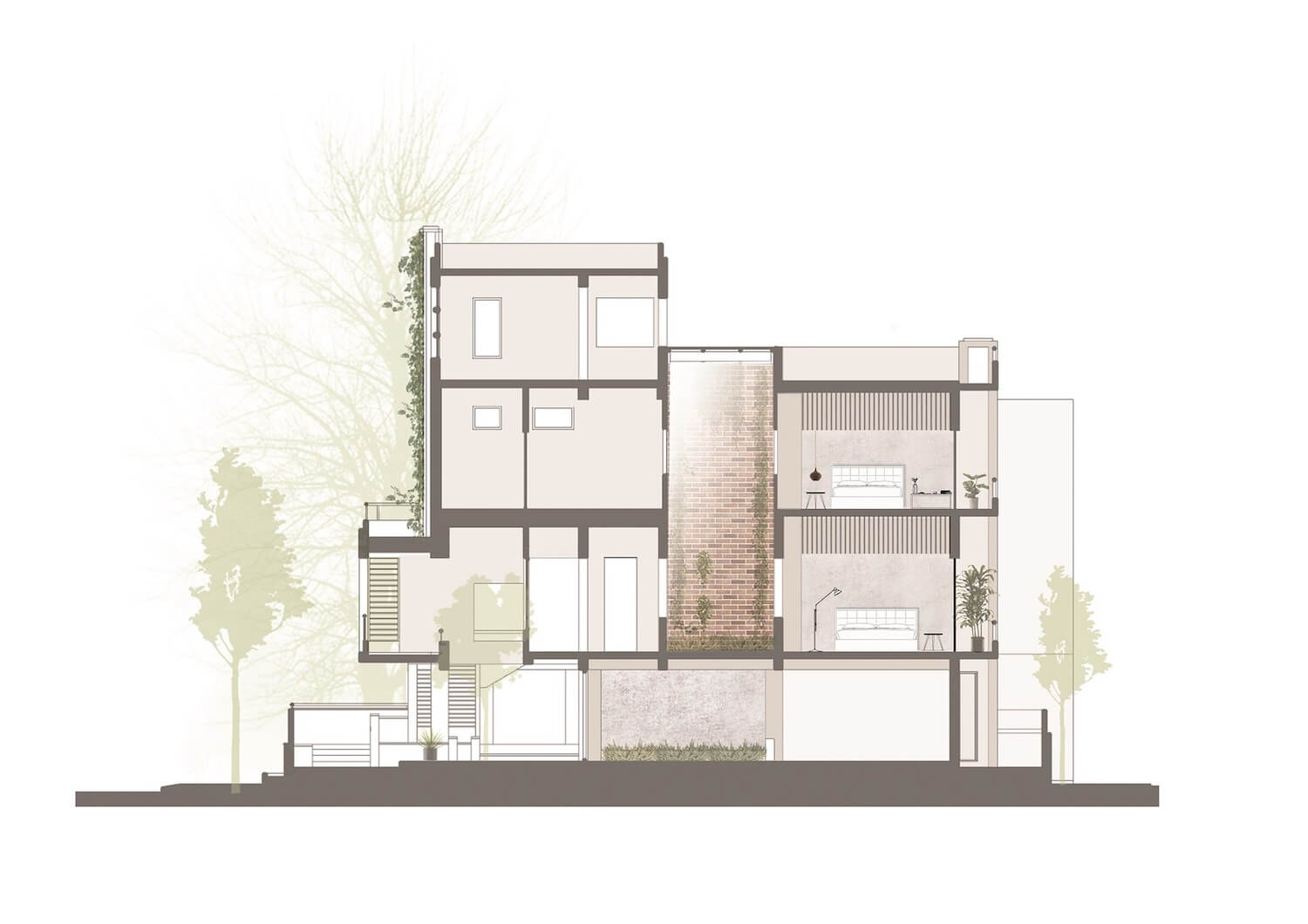 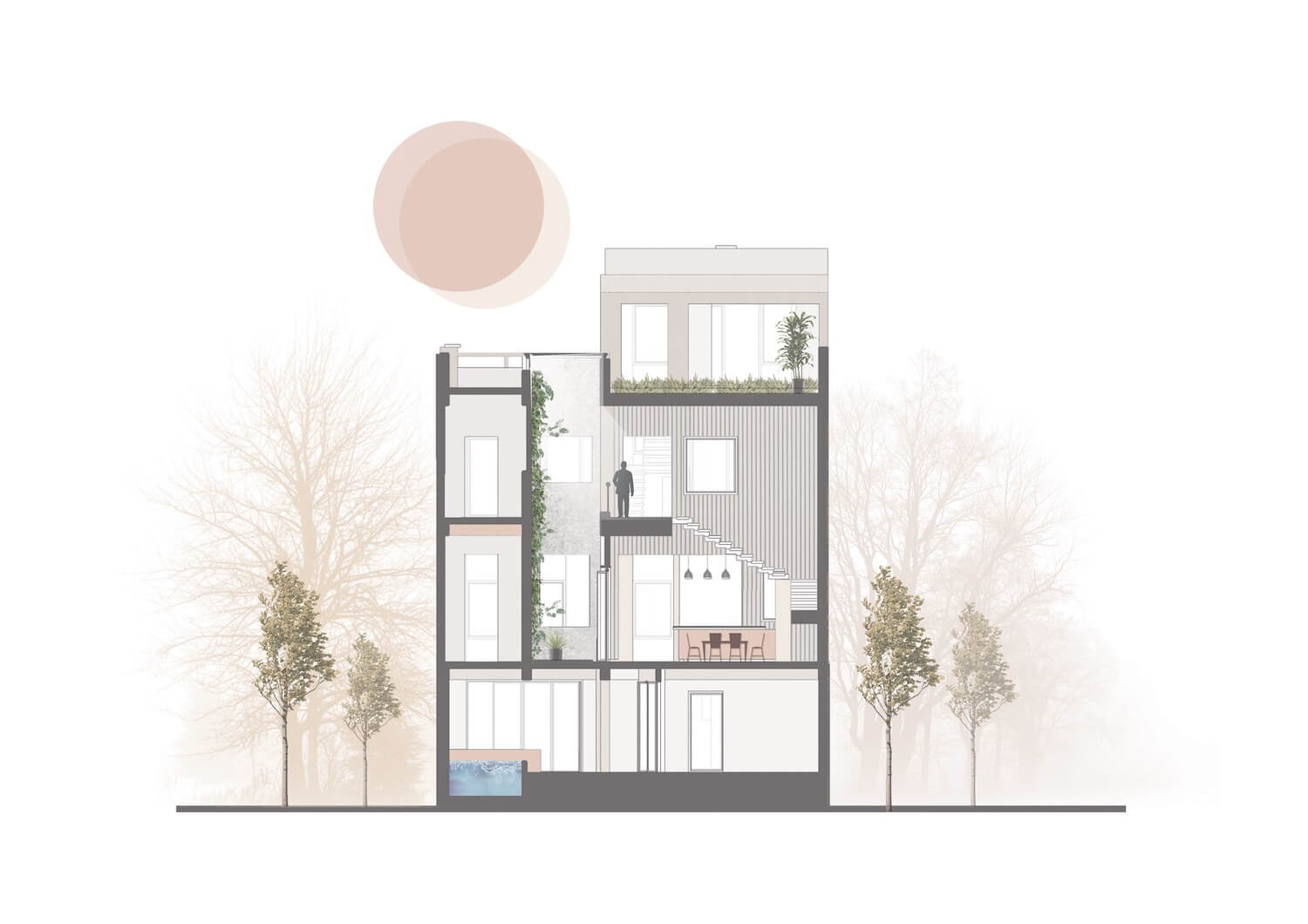 Connect with the Chaukor Studio 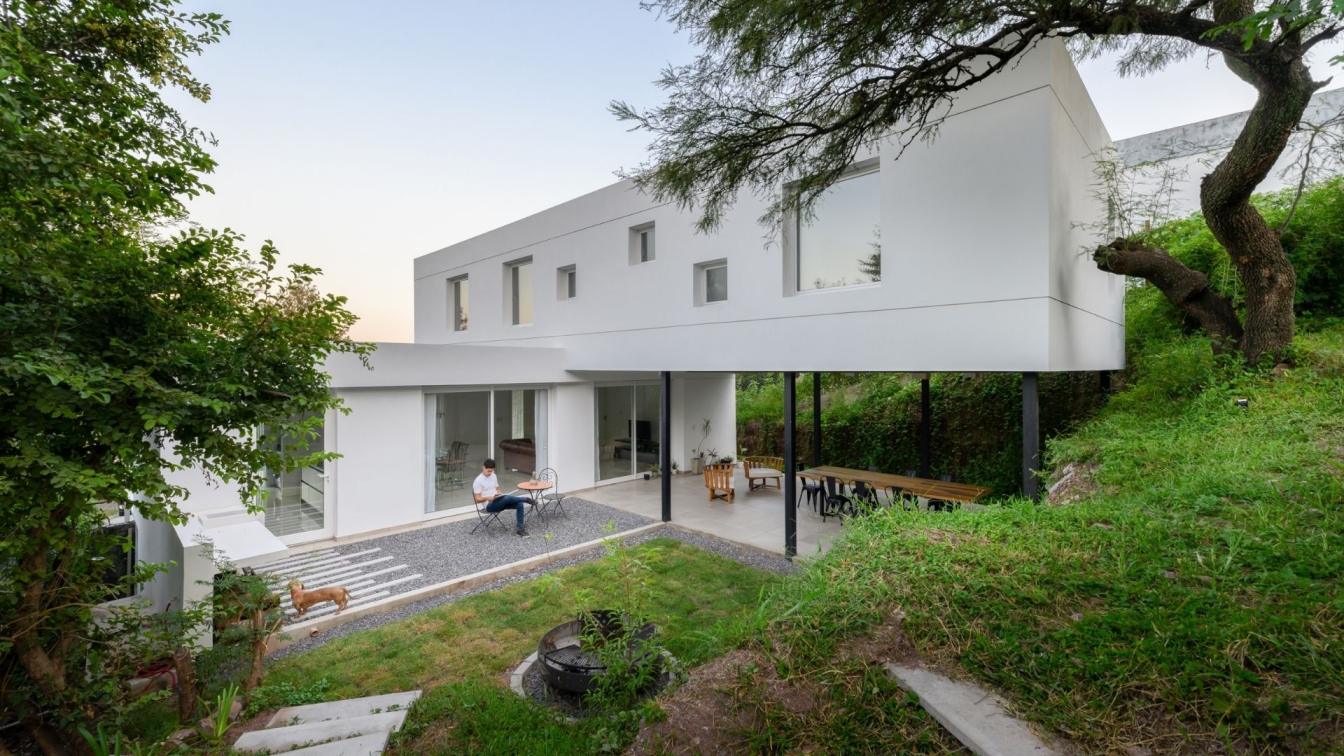 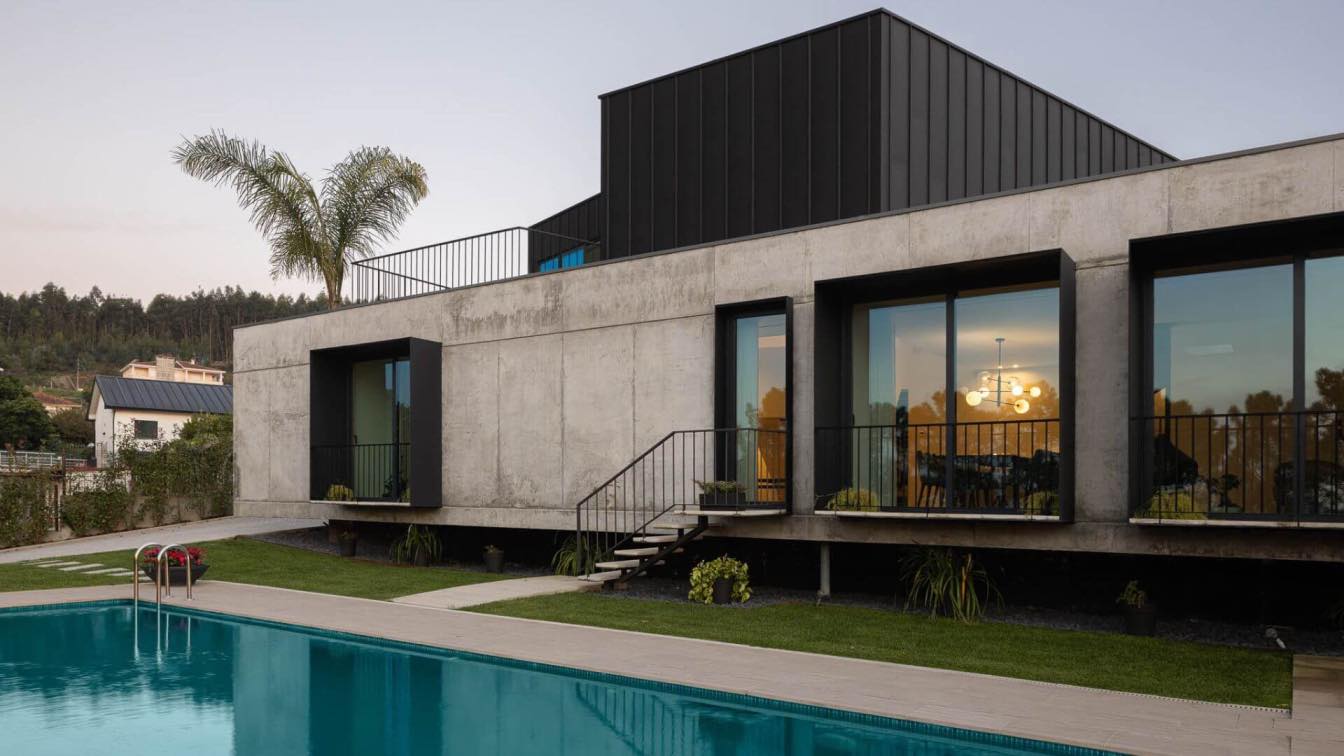 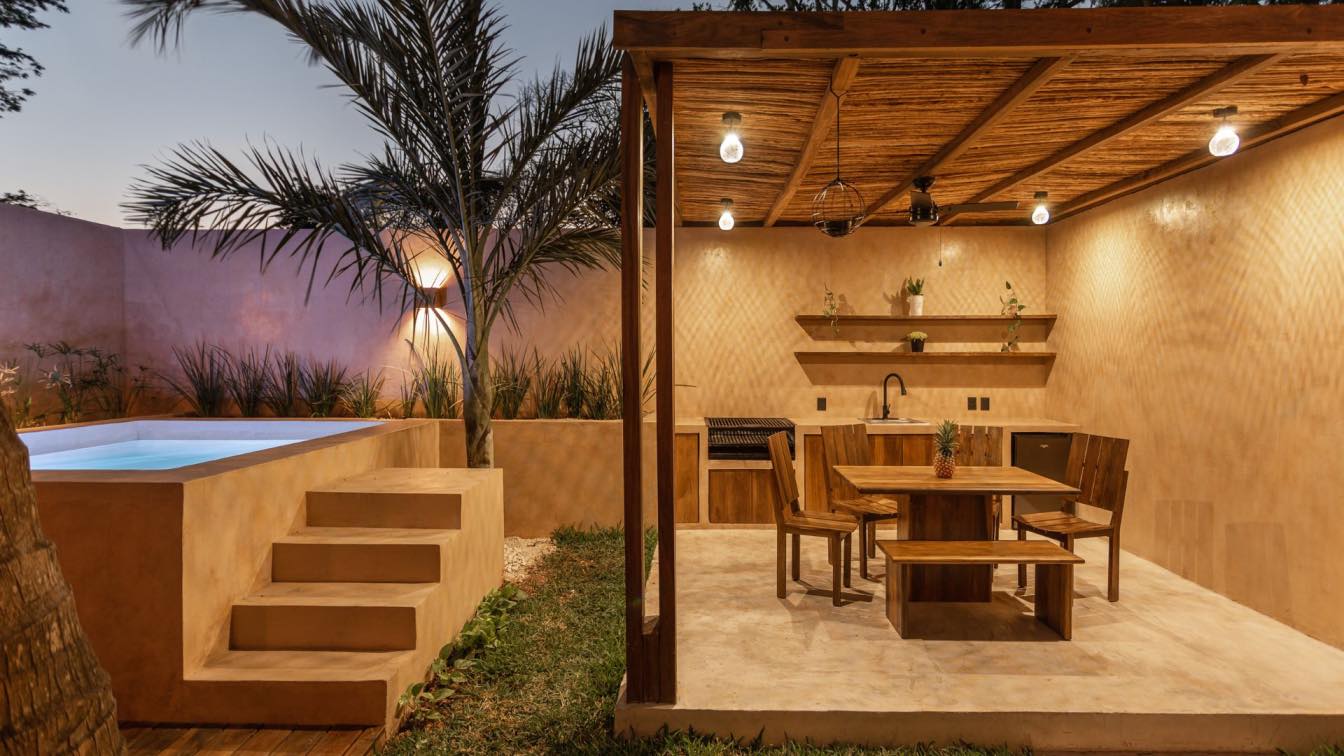 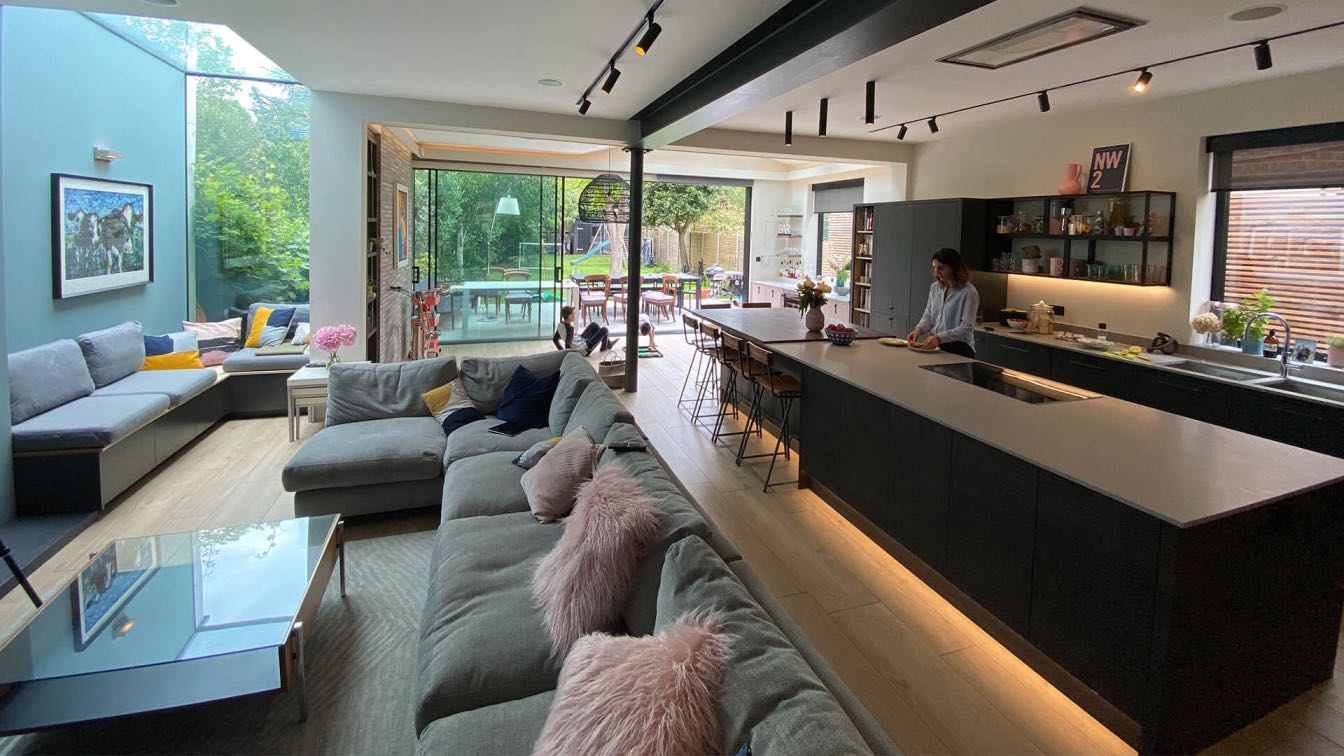