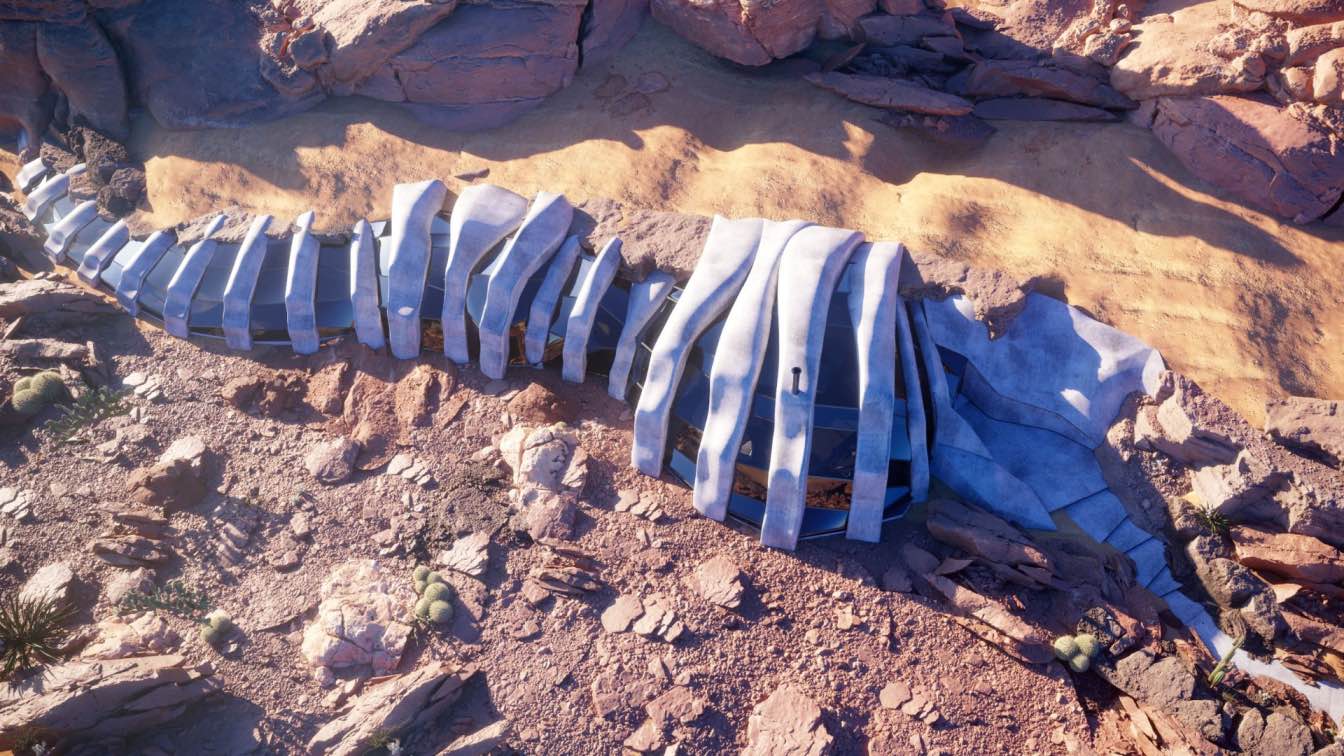 Davit & Mary Jilavyan / LEMEAL Studio: We are huge fans of Jurassic Park for decades, cause let’s honestly say, dinosaurs are gorgeous!  Since first views of Jurassic Park in childhood our dreams were about becoming a paleontologist and search the fossils. A  dream!  We grew but the love to the dinosaurs and fossils is still with us.

The idea of a house shaped like the bones of dinosaur came to us couple years ago, and we thought we have some time to work on it and release it to the premiere of the third part of Jurassic World movie. And here we are. June 2022.

We called the project  ‘Jurassic Villa’. It looks like a dinosaur bones in the middle of digging. The main elements of the building are load-bearing reinforced concrete structures made in the form of bones.  The space between the structures is closed with broken glazing. Part of the relief goes inside the building. The entire interior is a long space divided into several zones: living and dining rooms, exhibit corridors and bedrooms. There are many objects in the house with an original design, such as a stone table with a piece of rock, chairs in the form of an inverted triceratops skull, a chandelier in the form of bones, candlesticks in the form of spines and so on. Also in the interior are walls with fossils and many copies of dinosaur skeletons and skulls. In general, this house is like a museum, you can walk around for a long time, studying the various exhibits from the Jurassic period, as well as references to the movie. 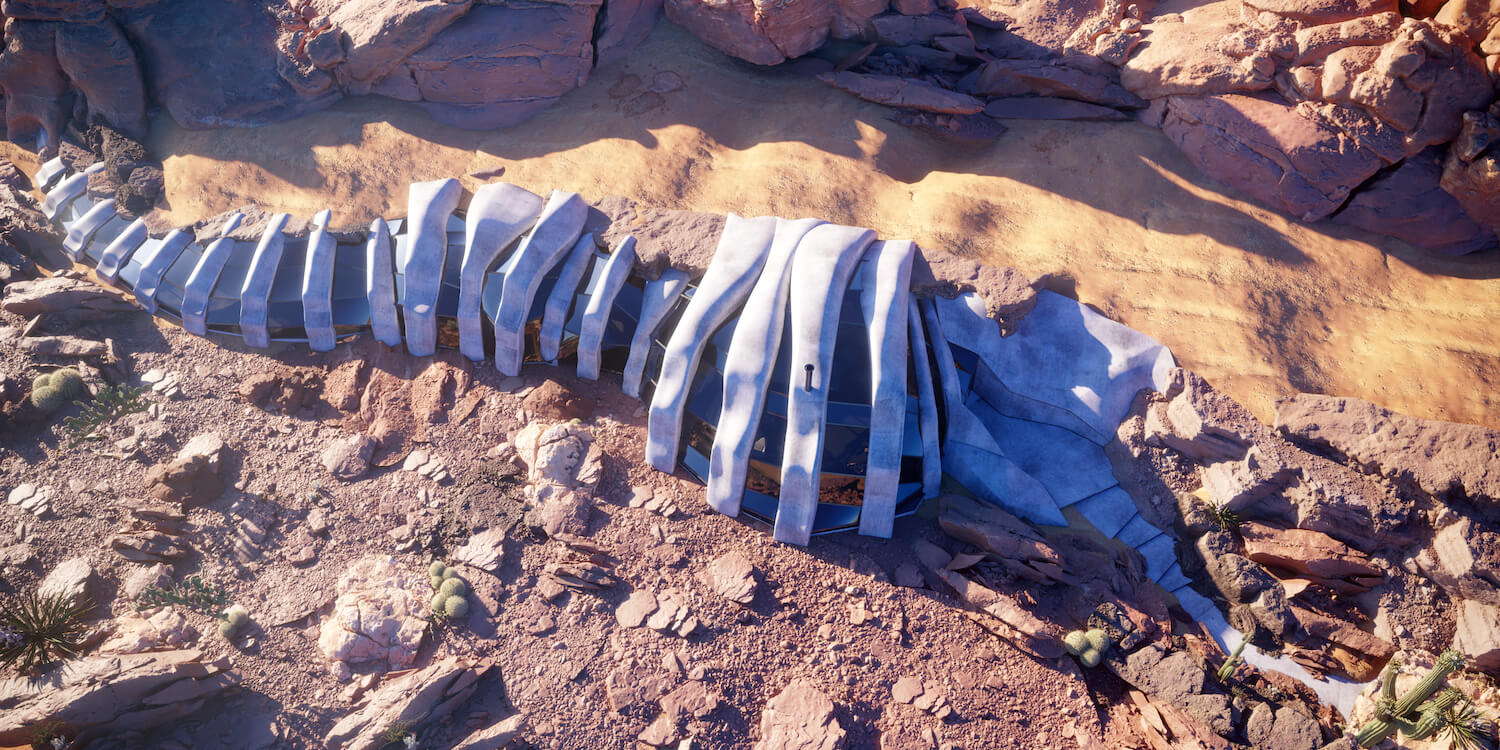 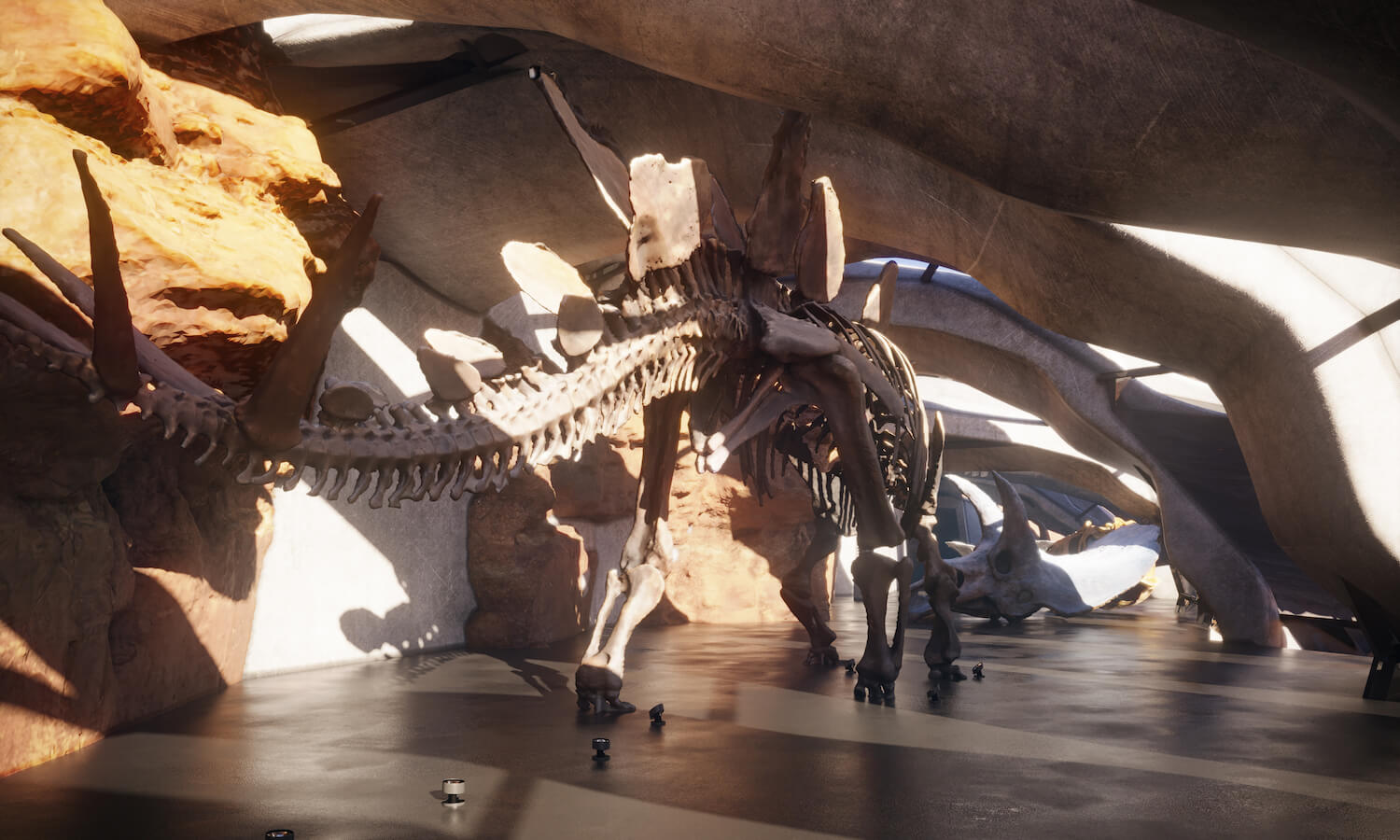 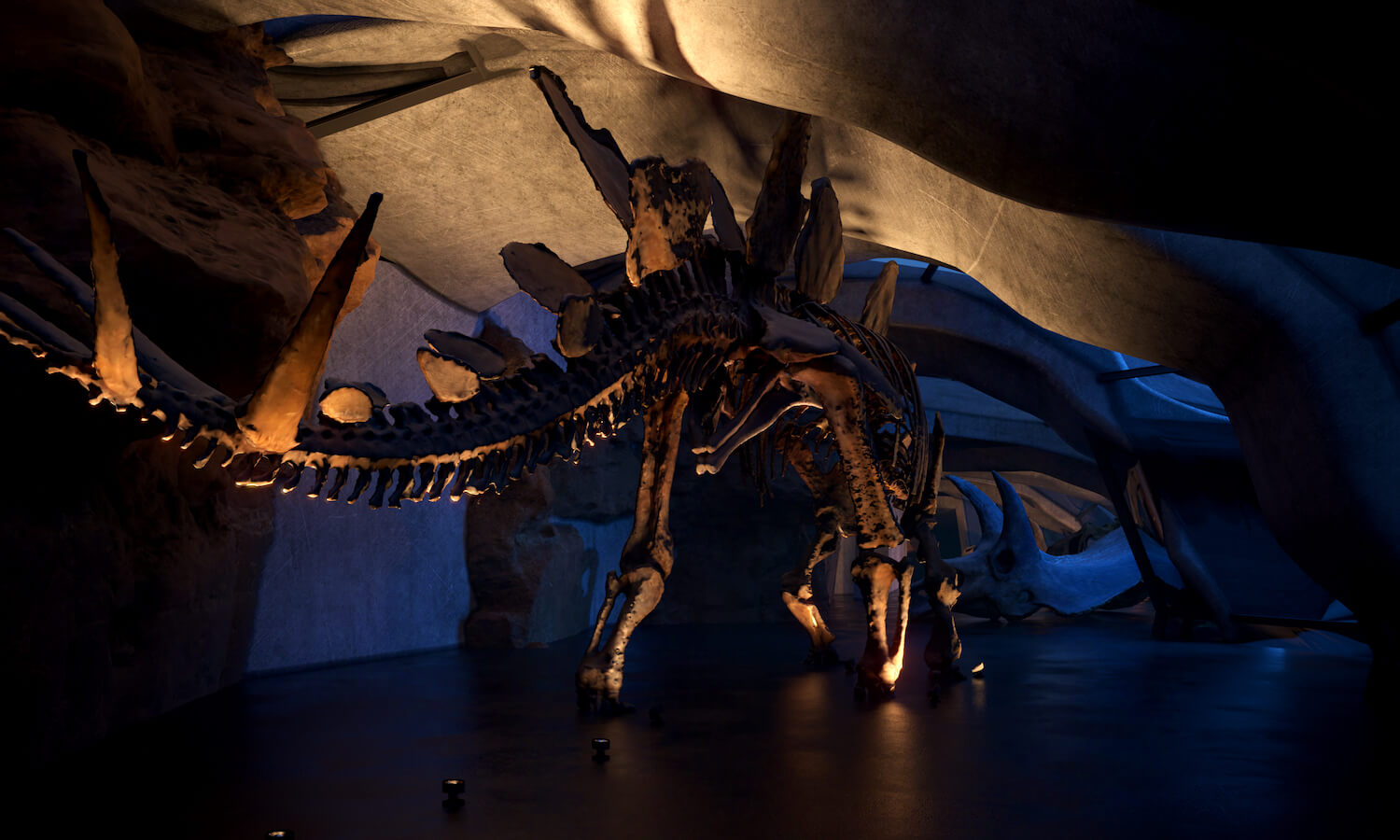 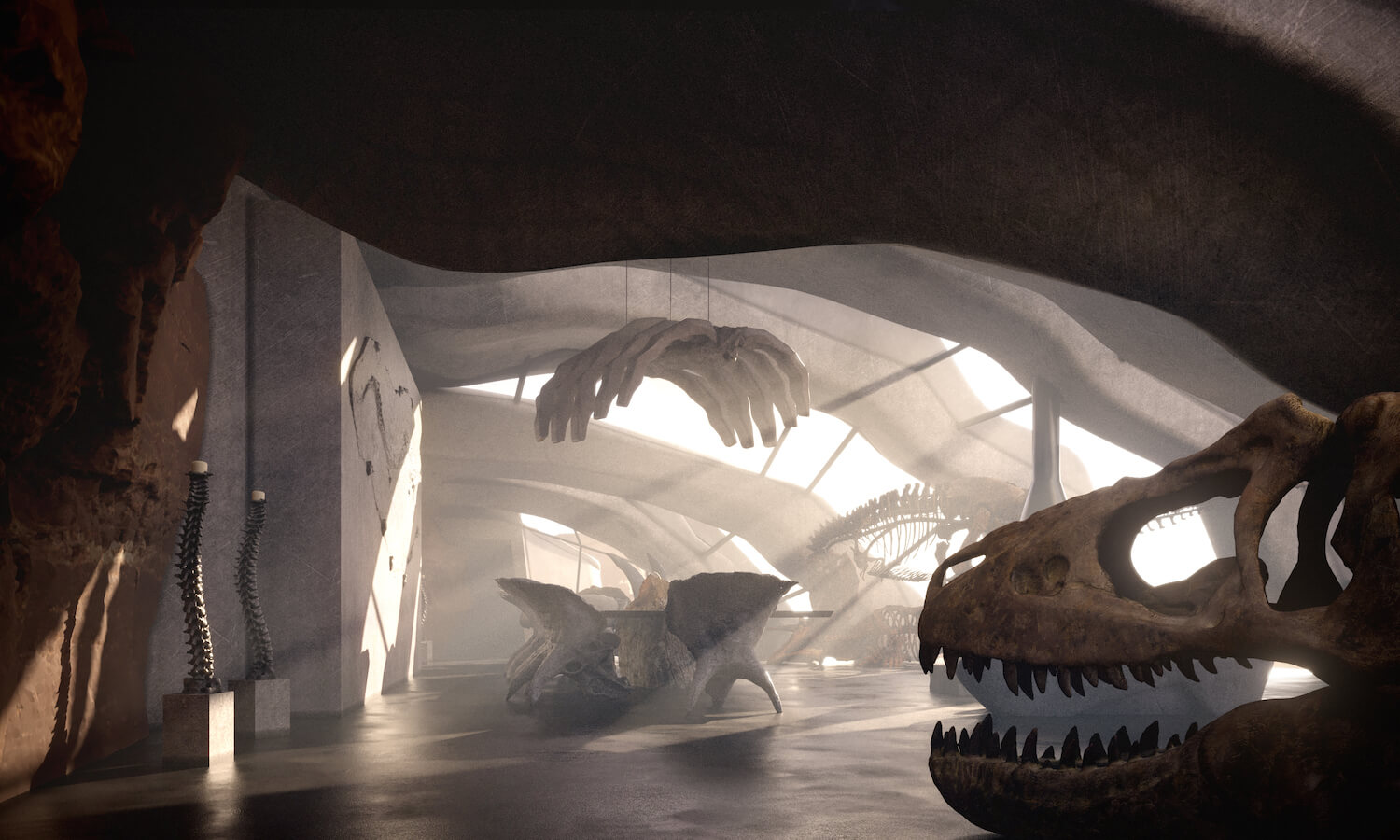 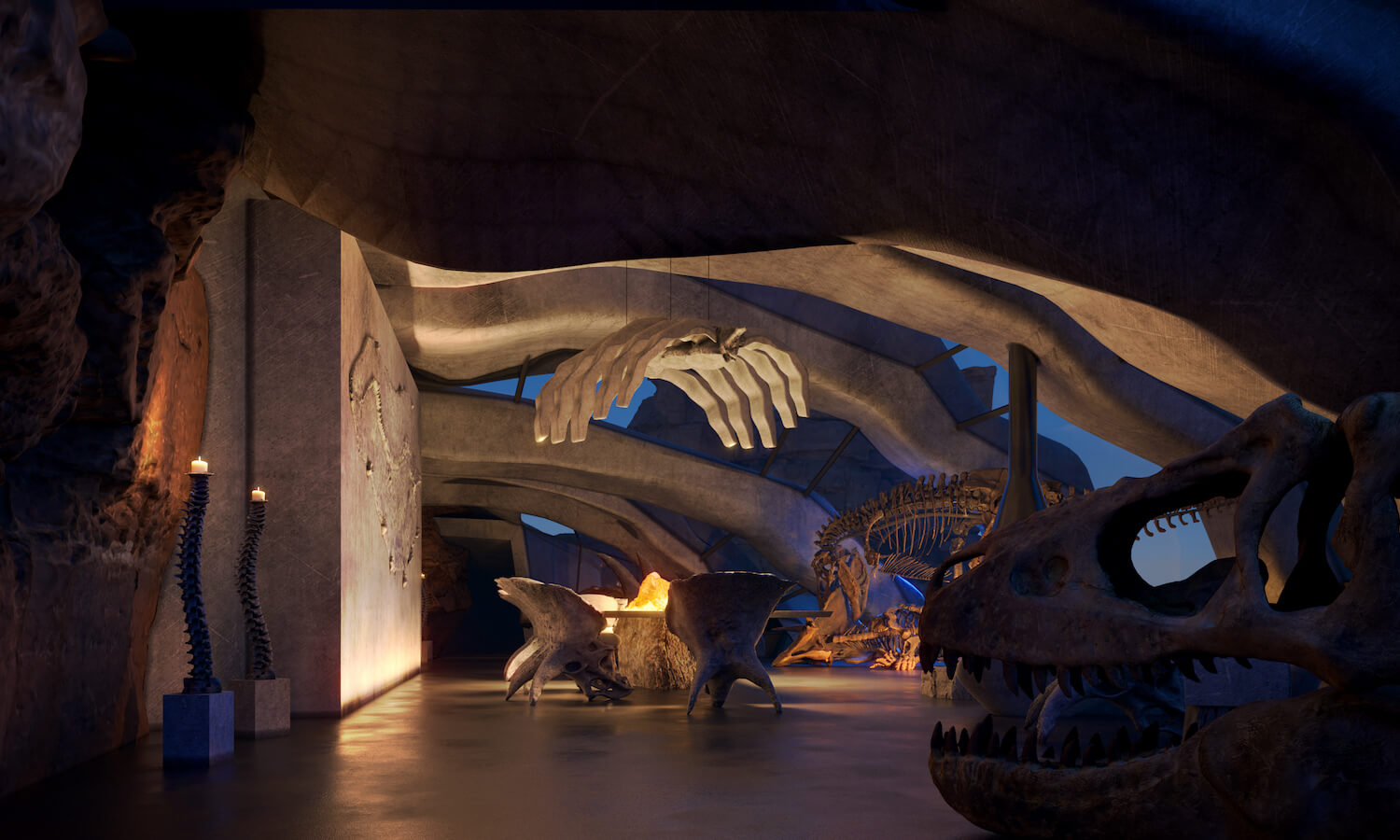 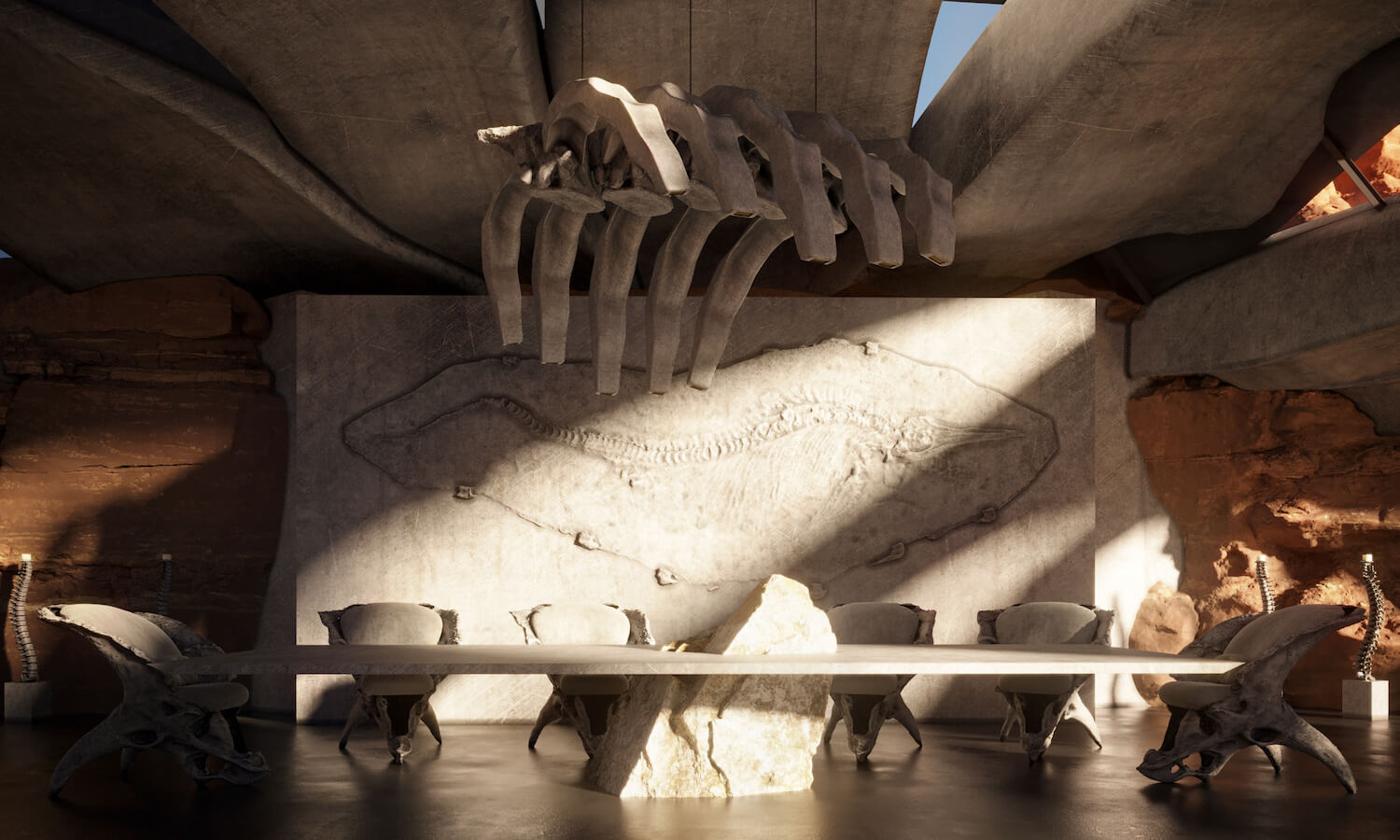 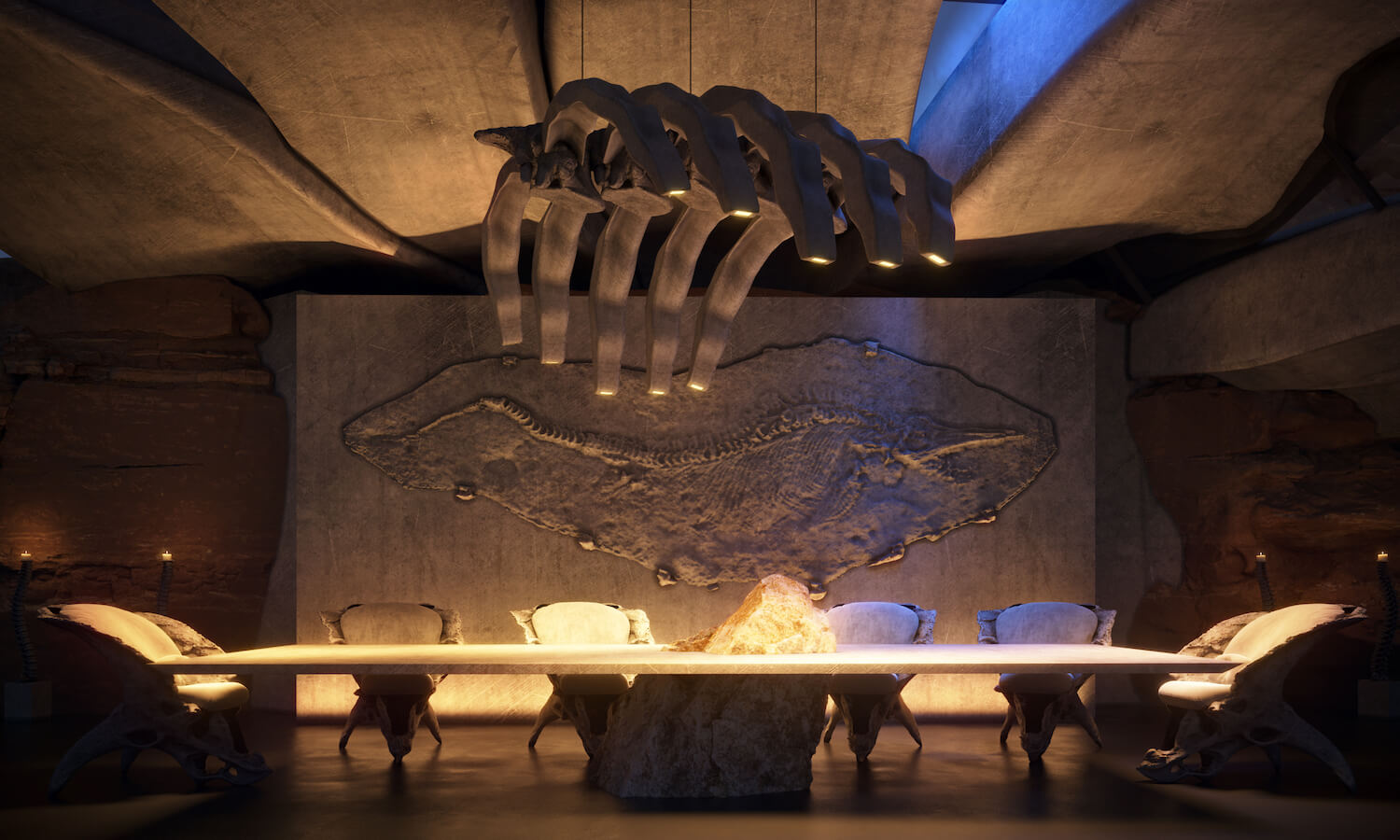 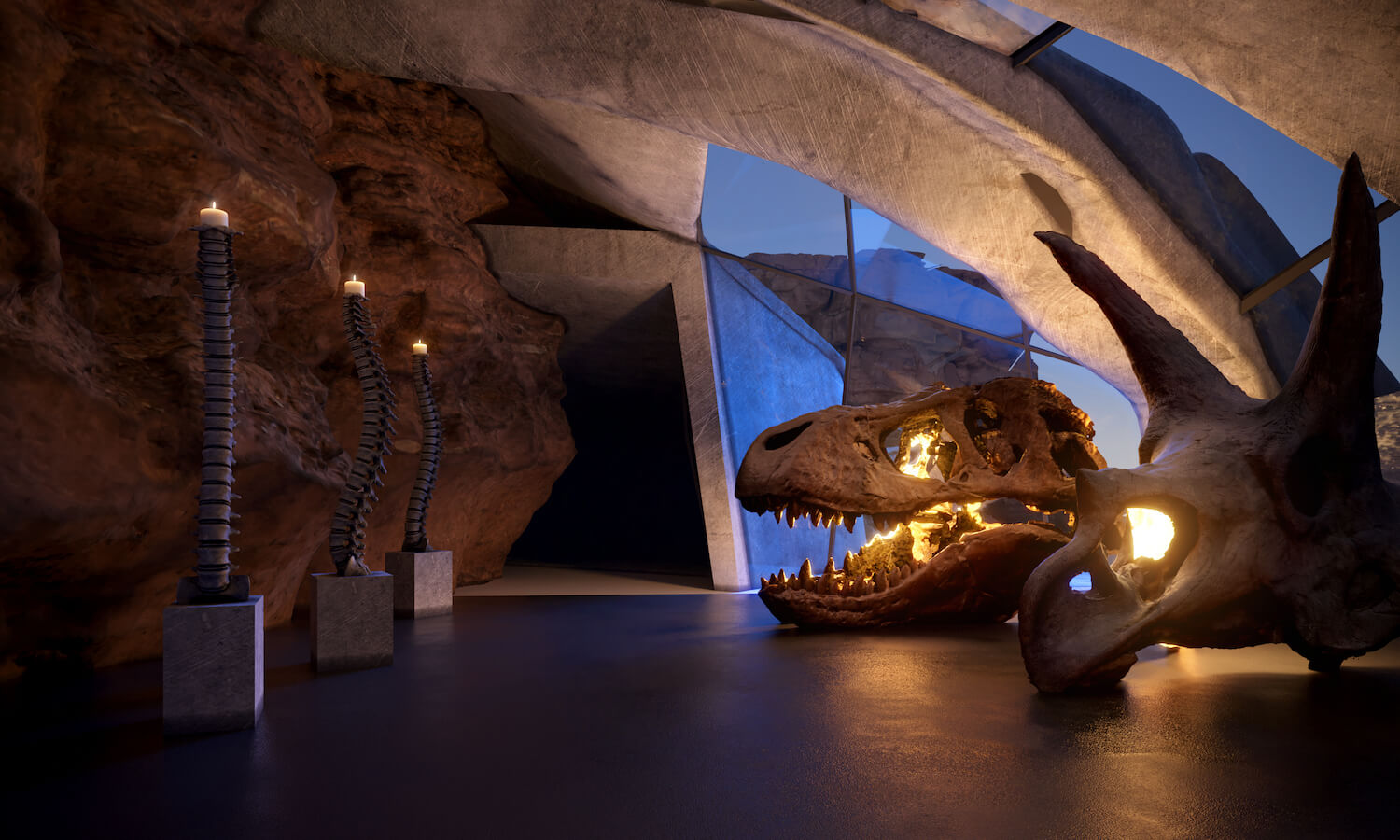 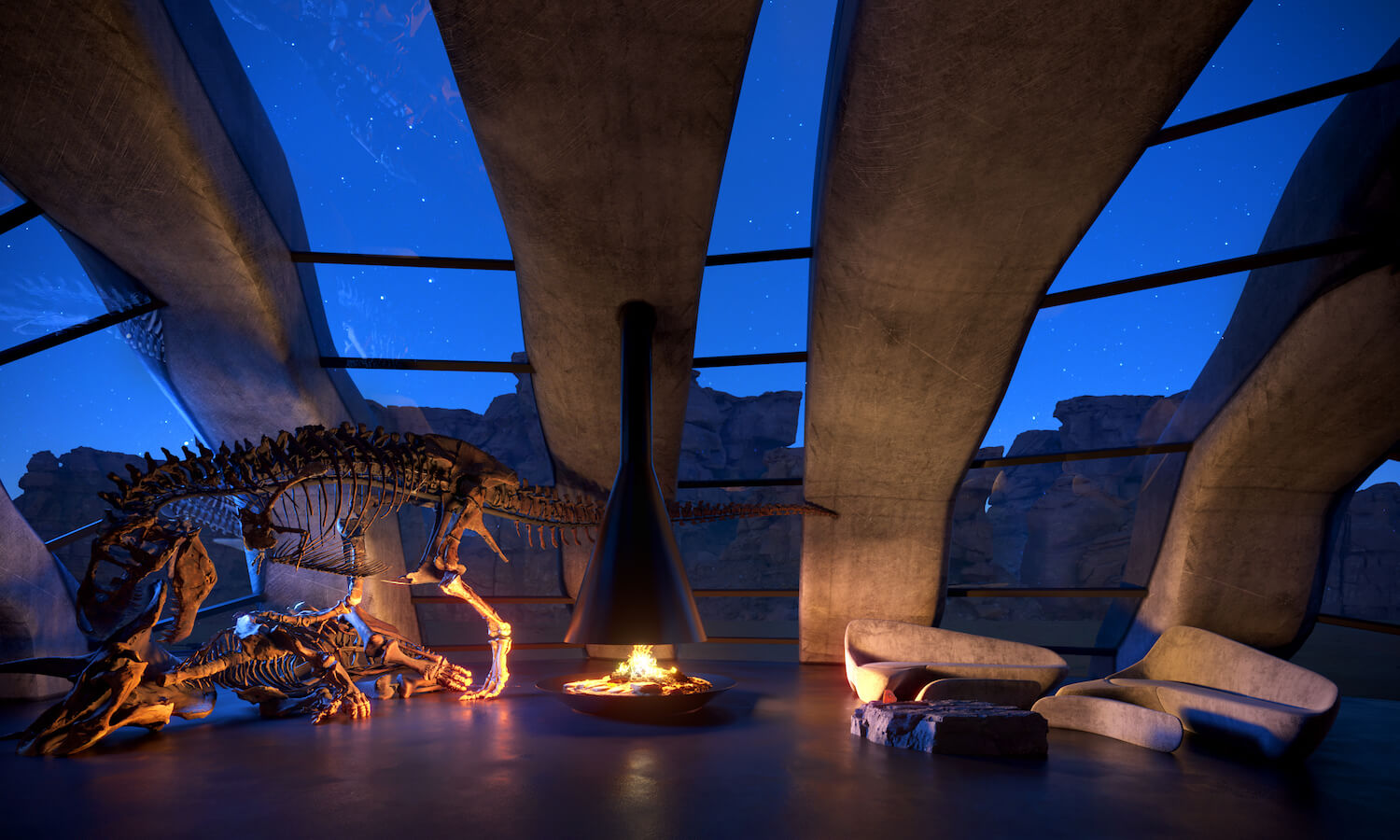 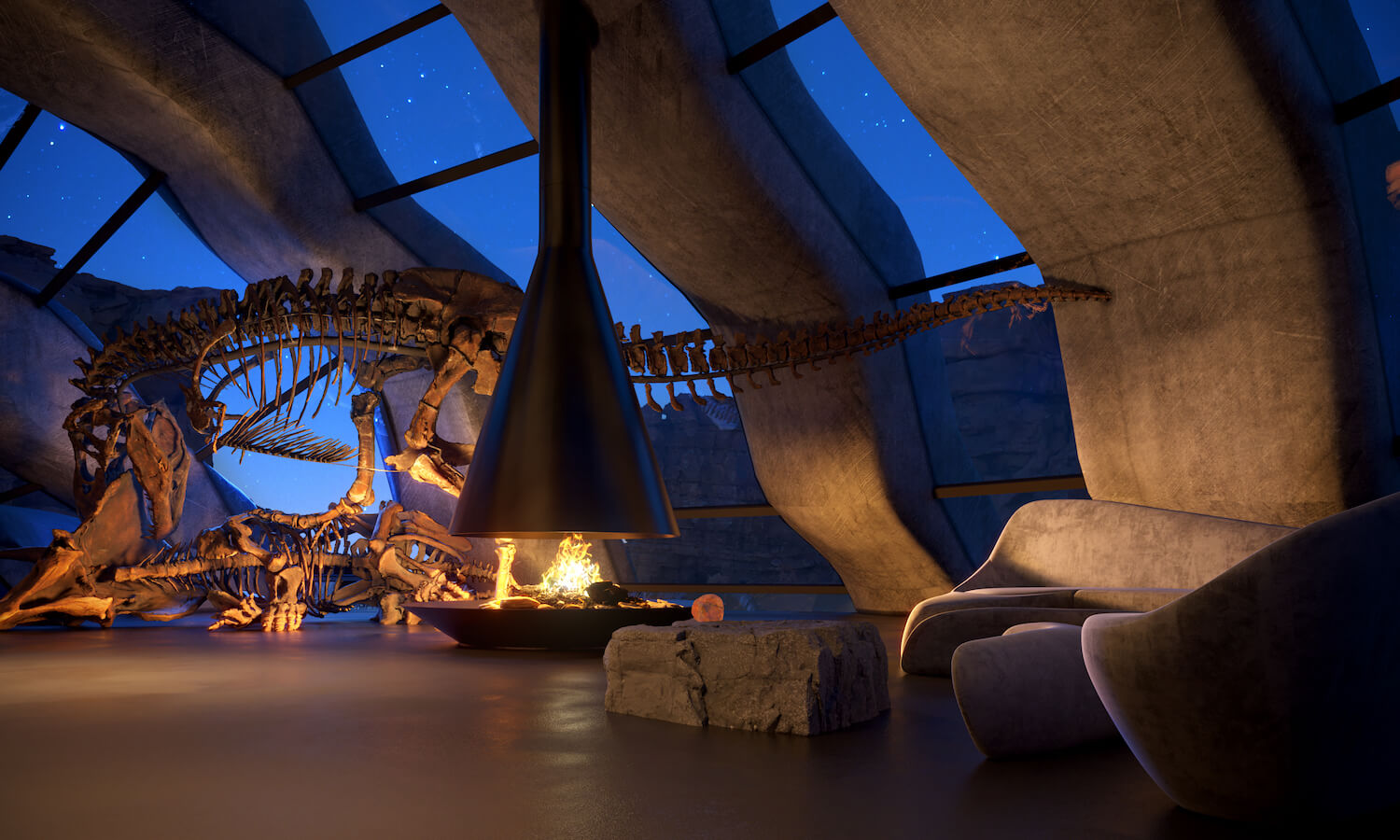 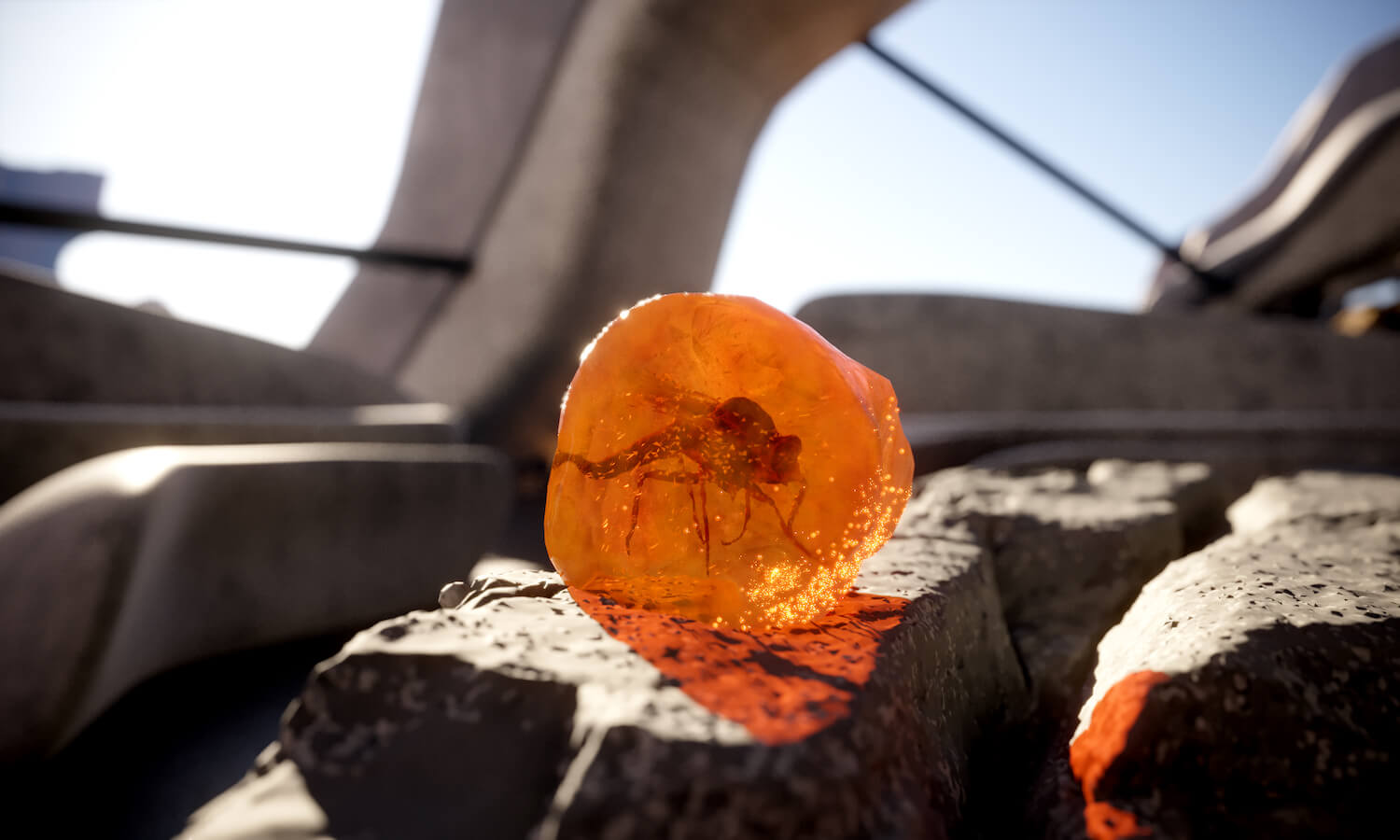 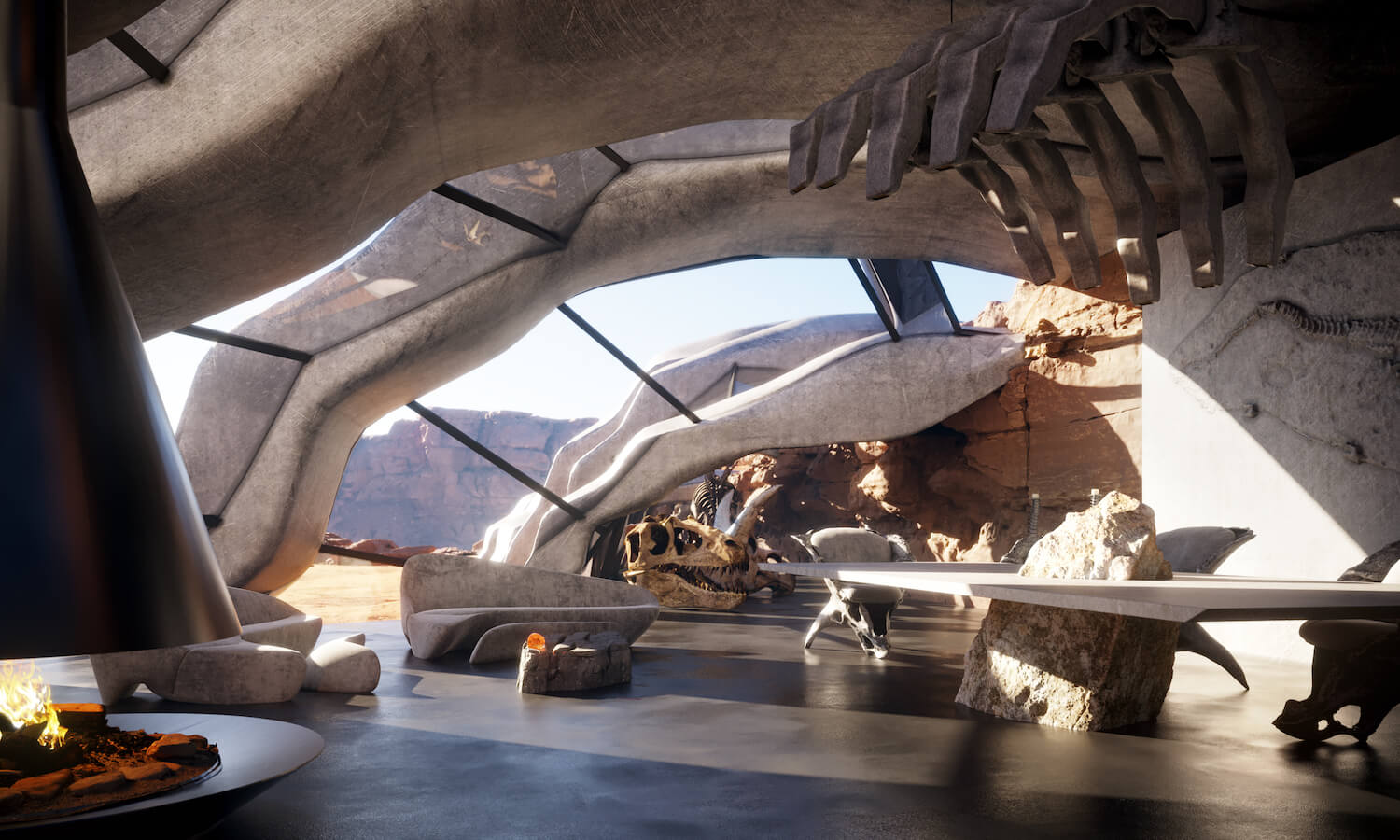 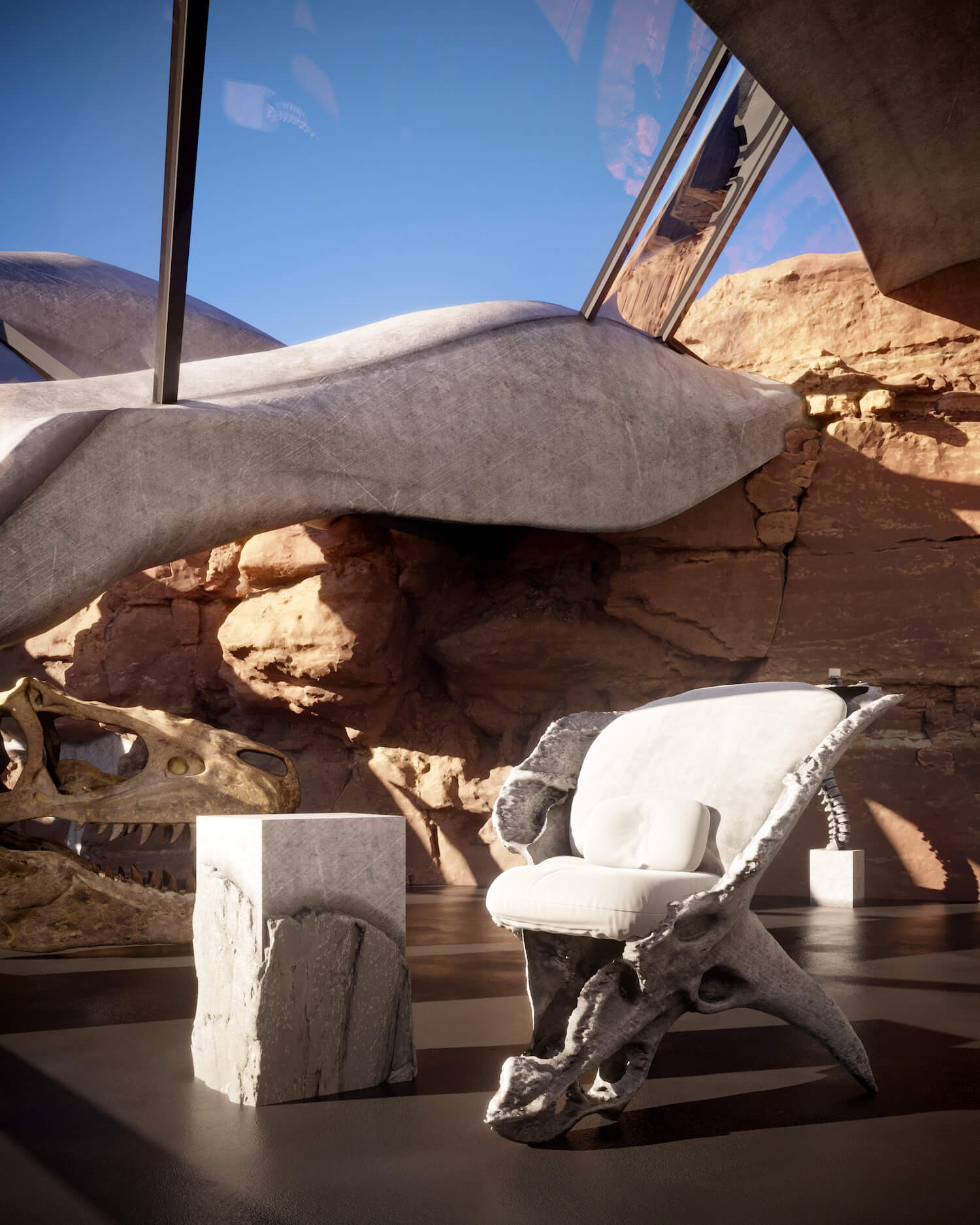 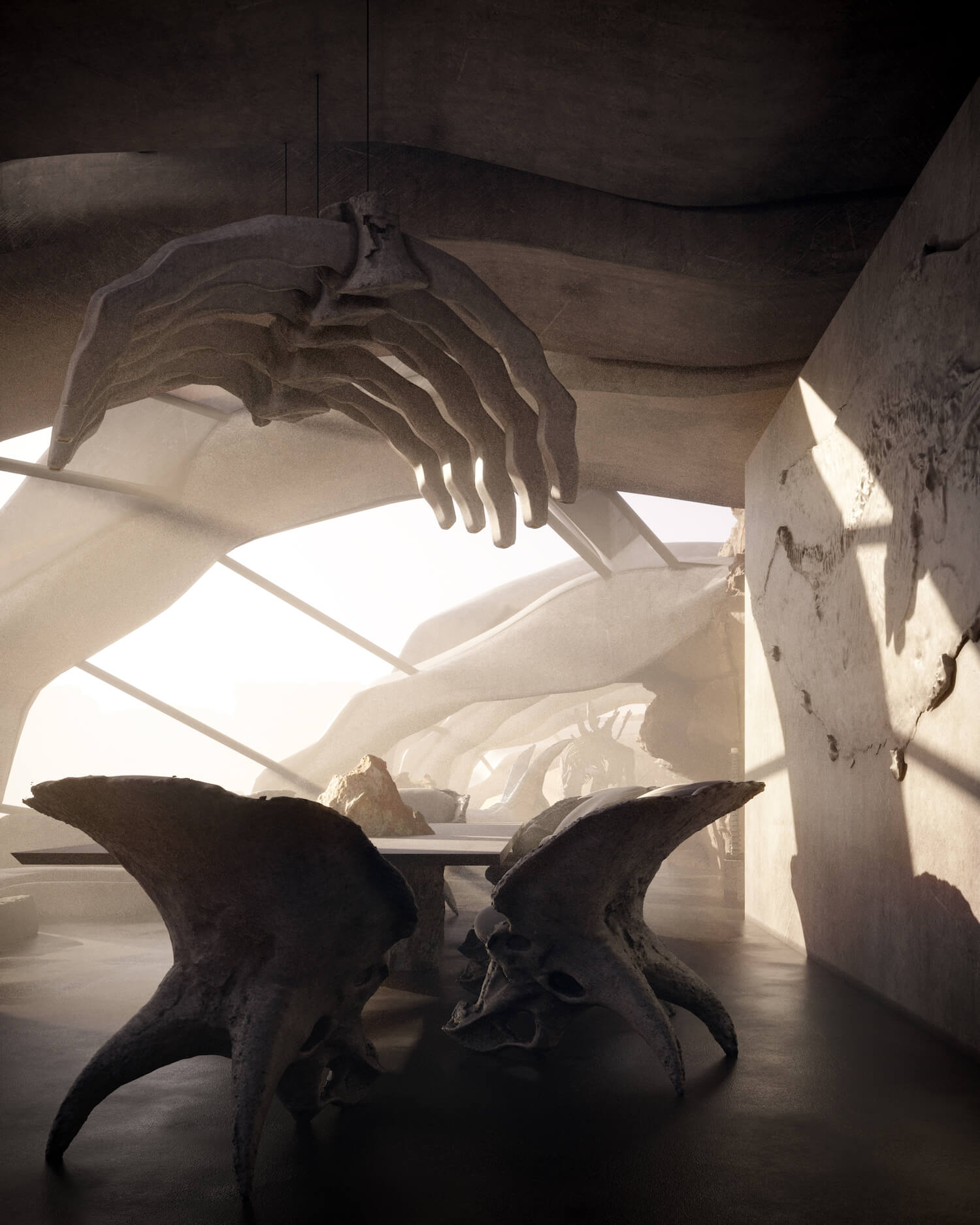 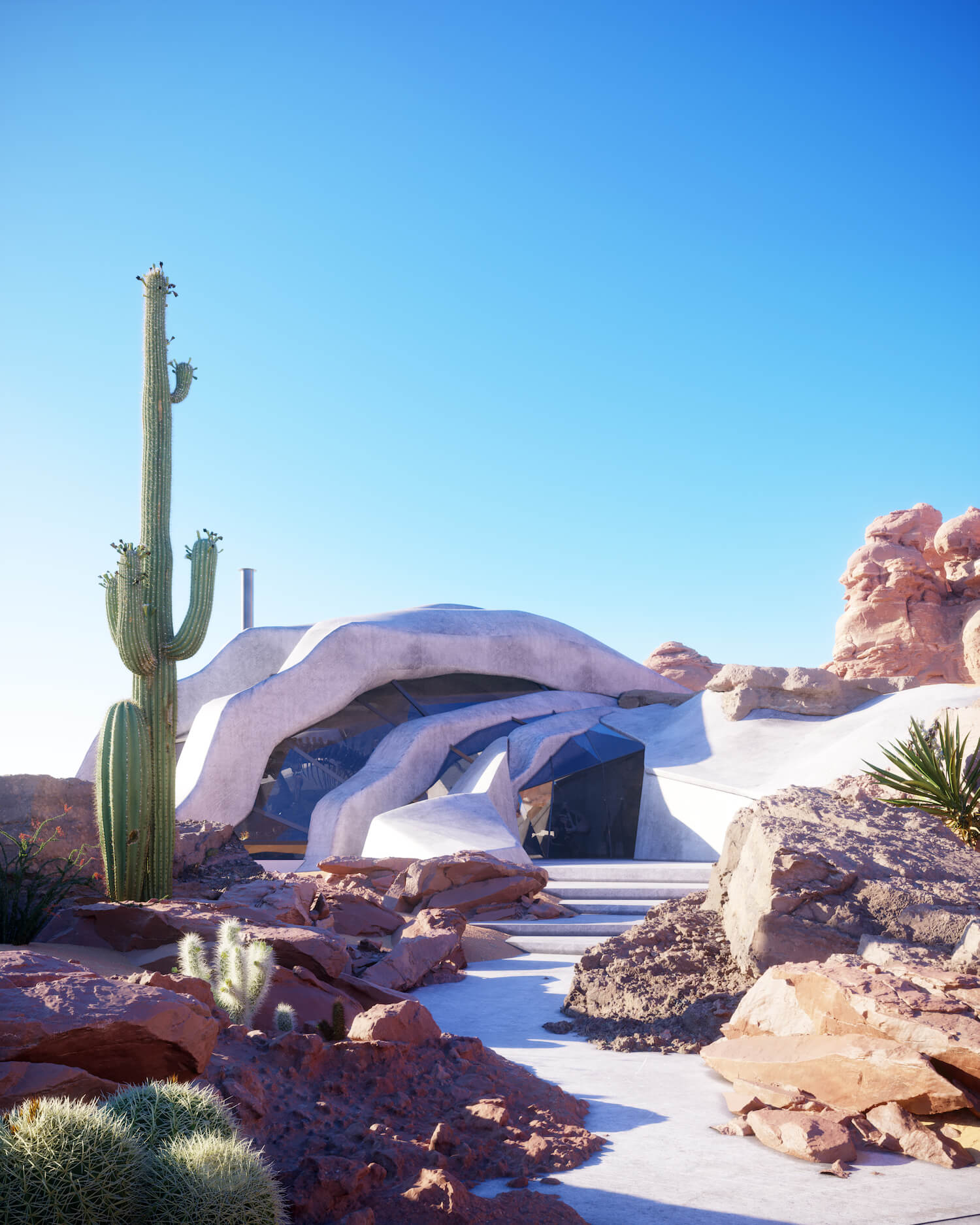 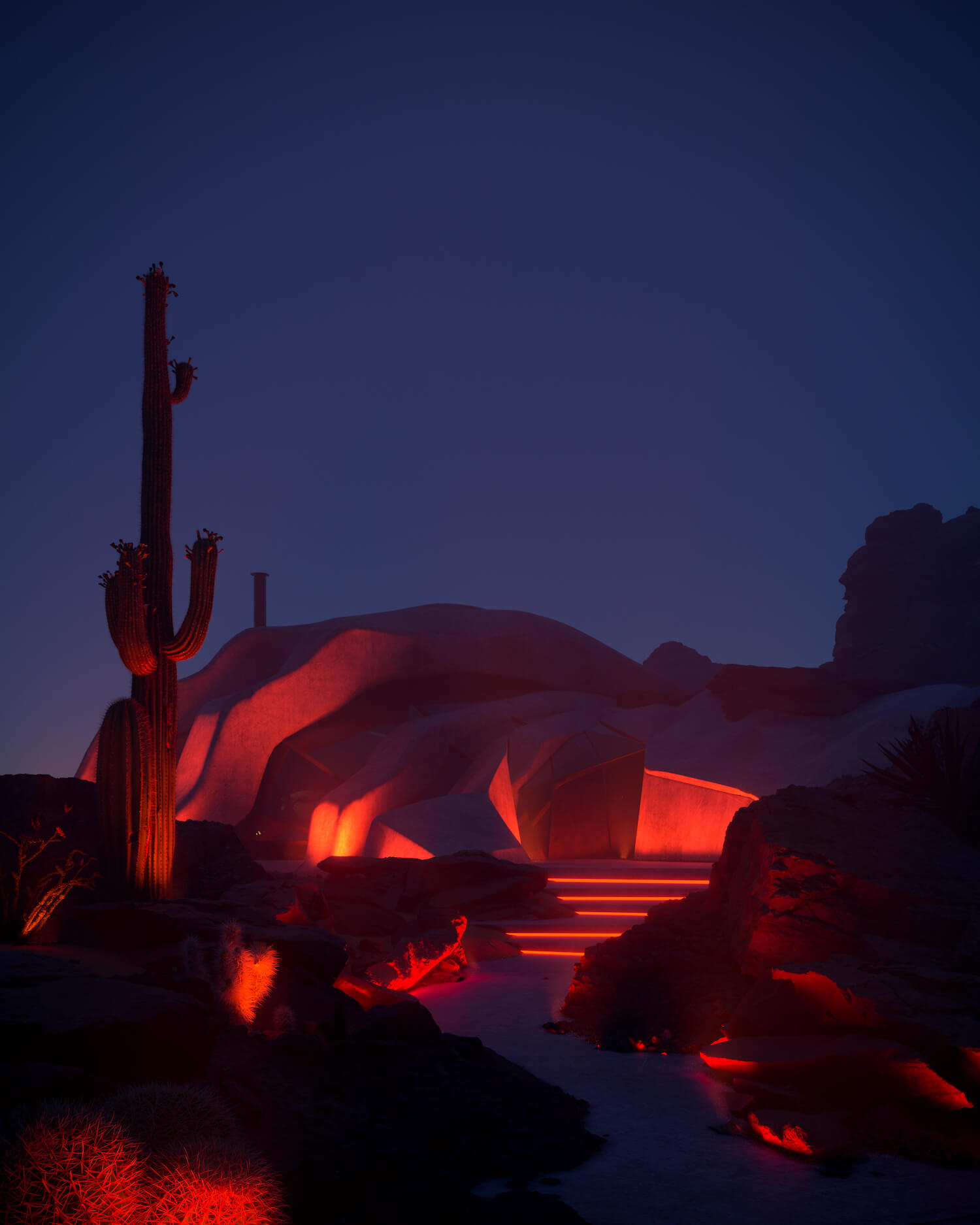 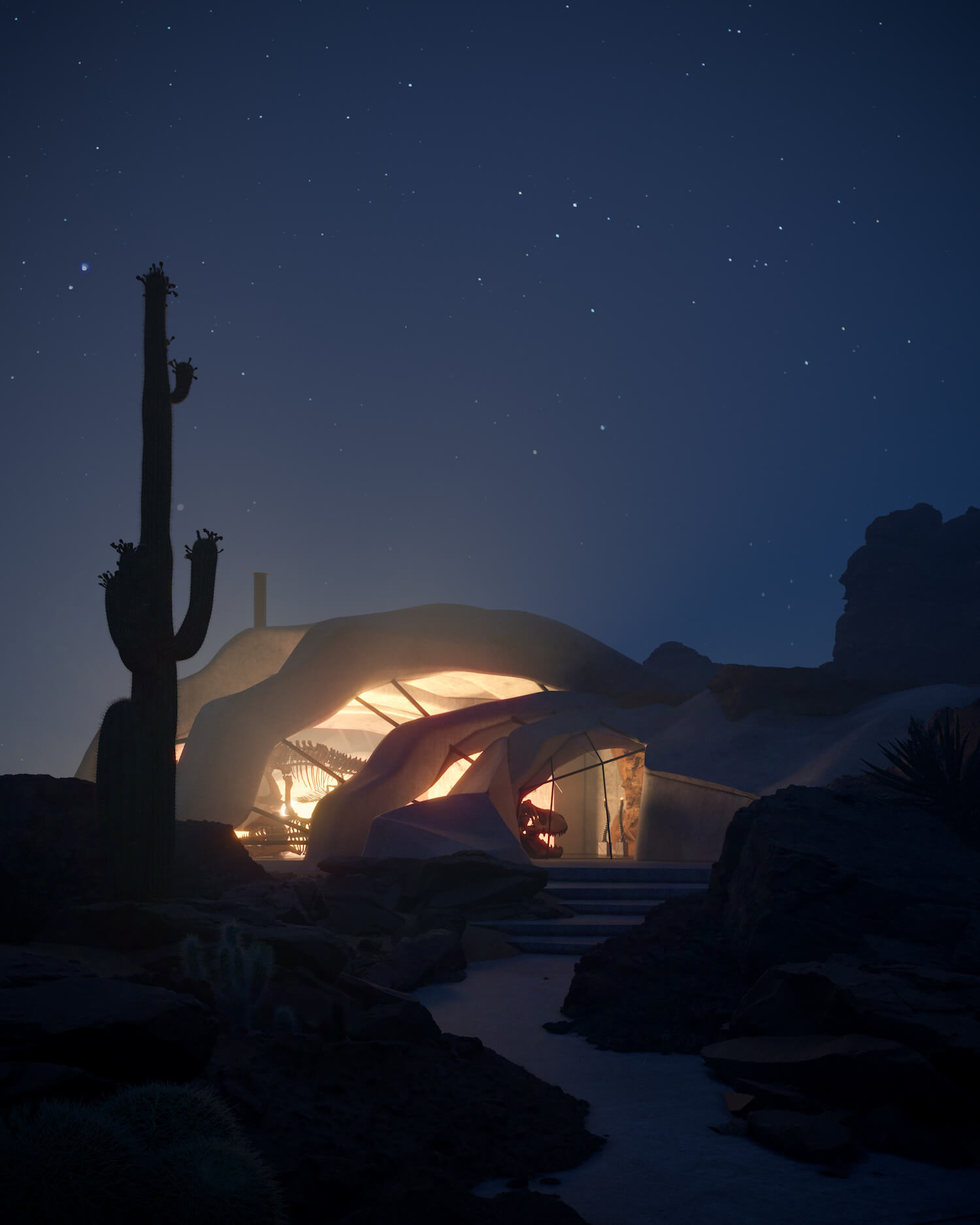 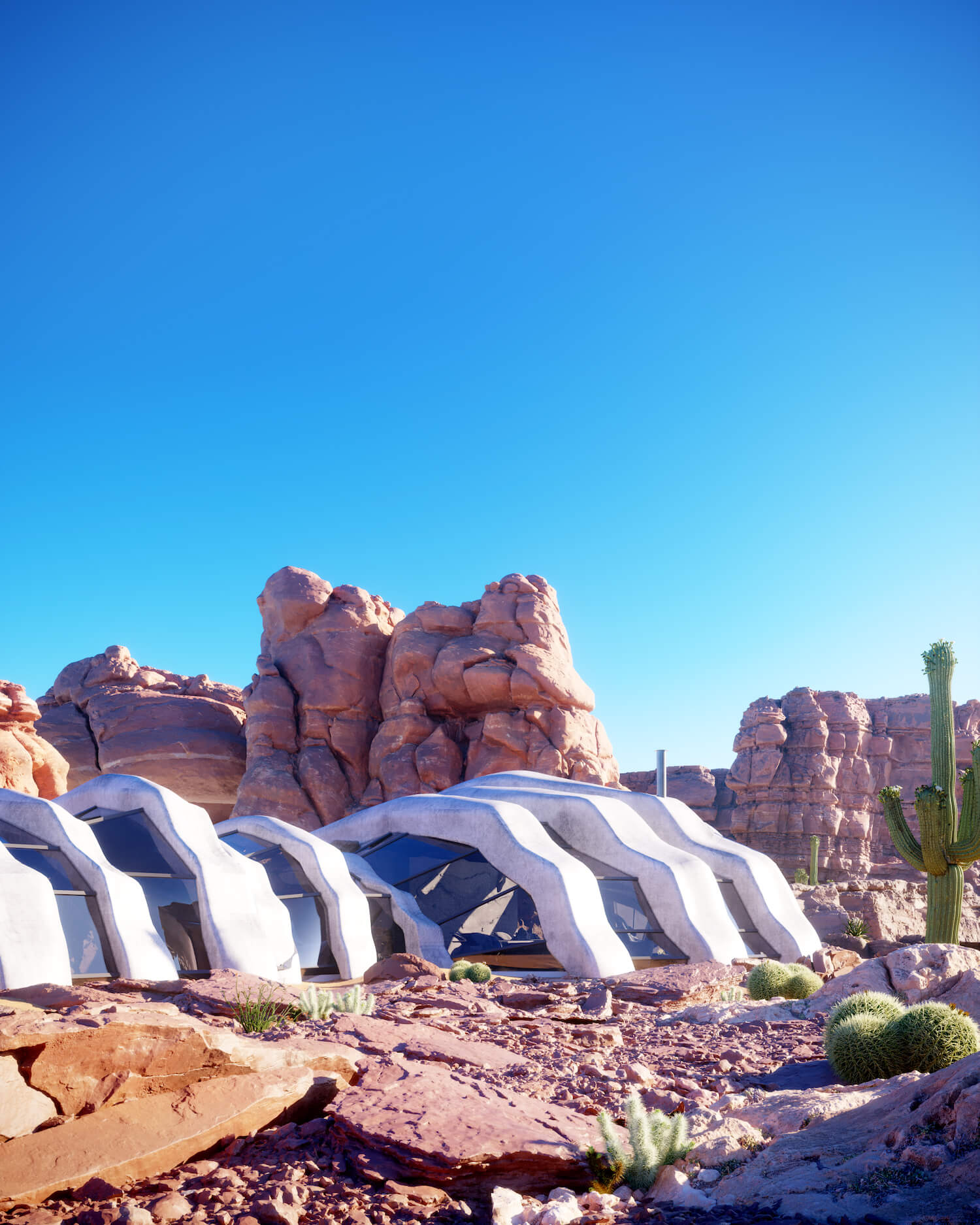 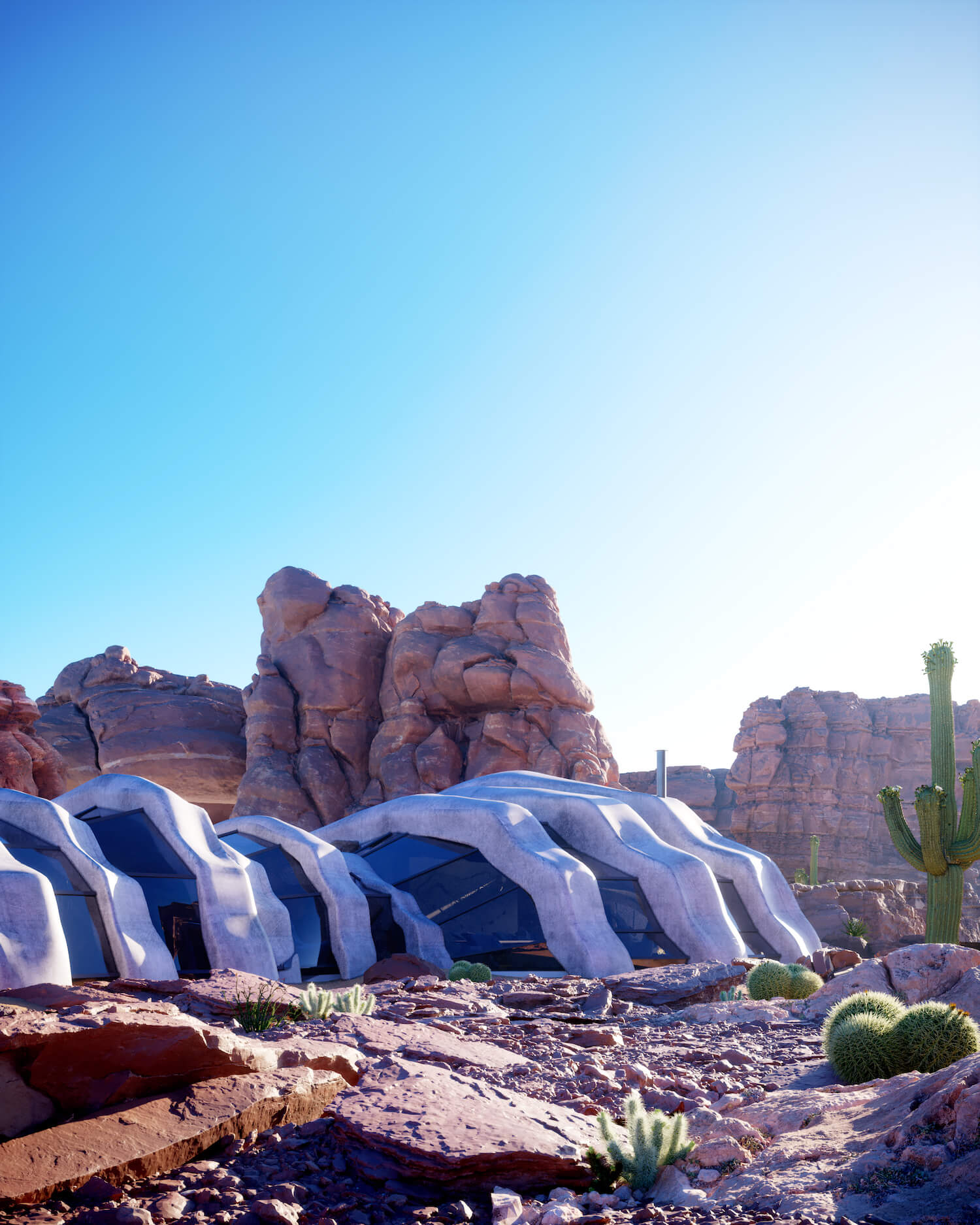 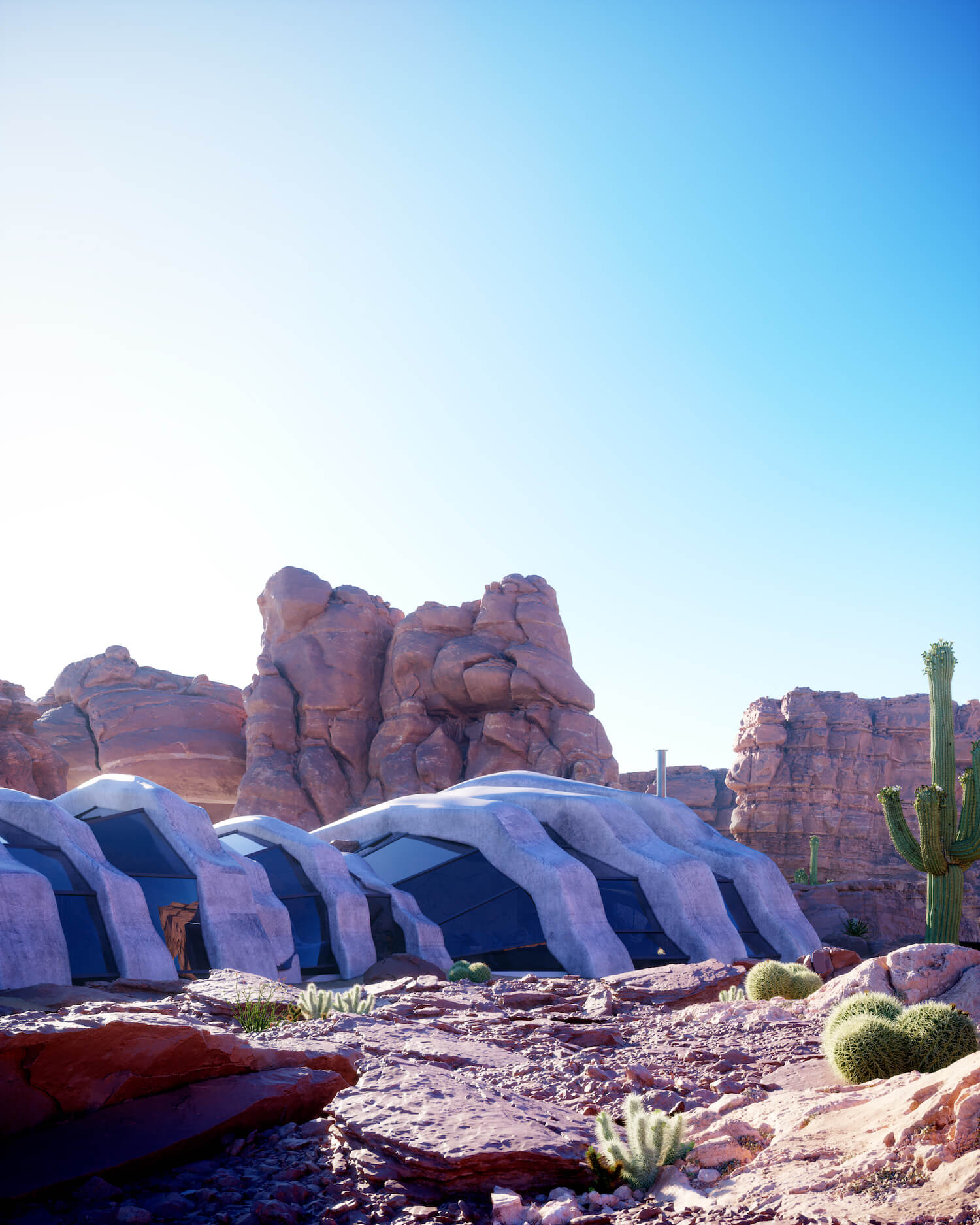 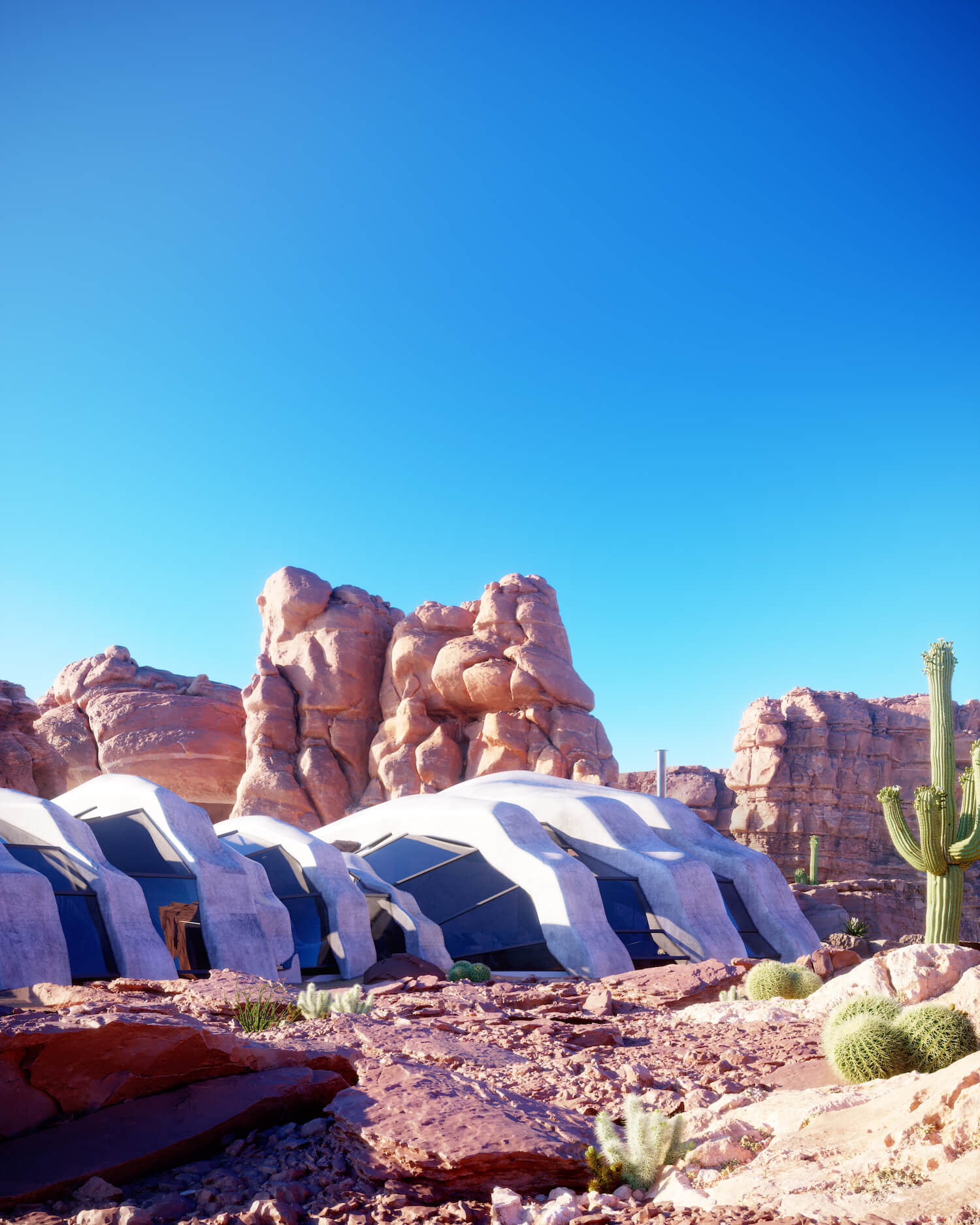 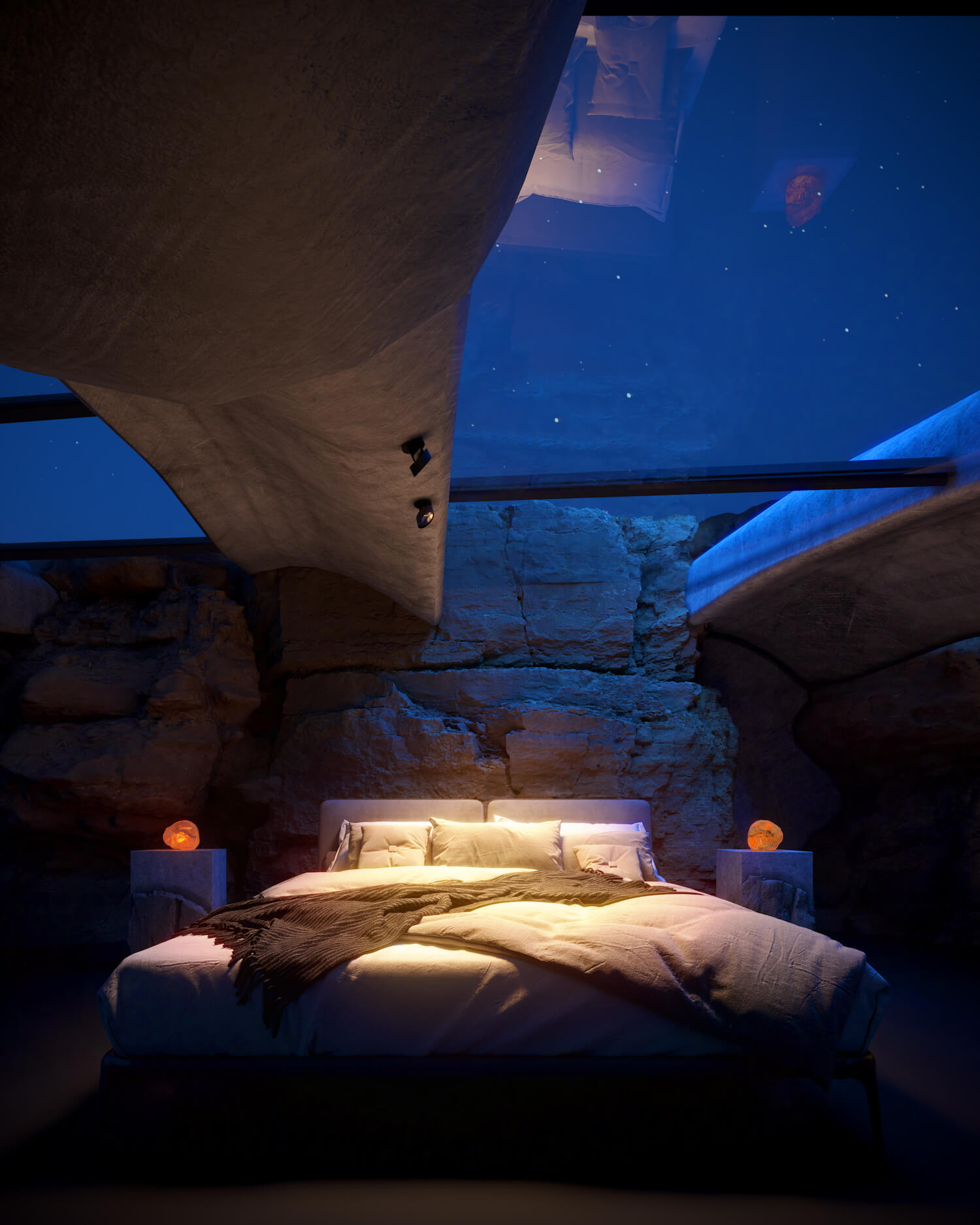 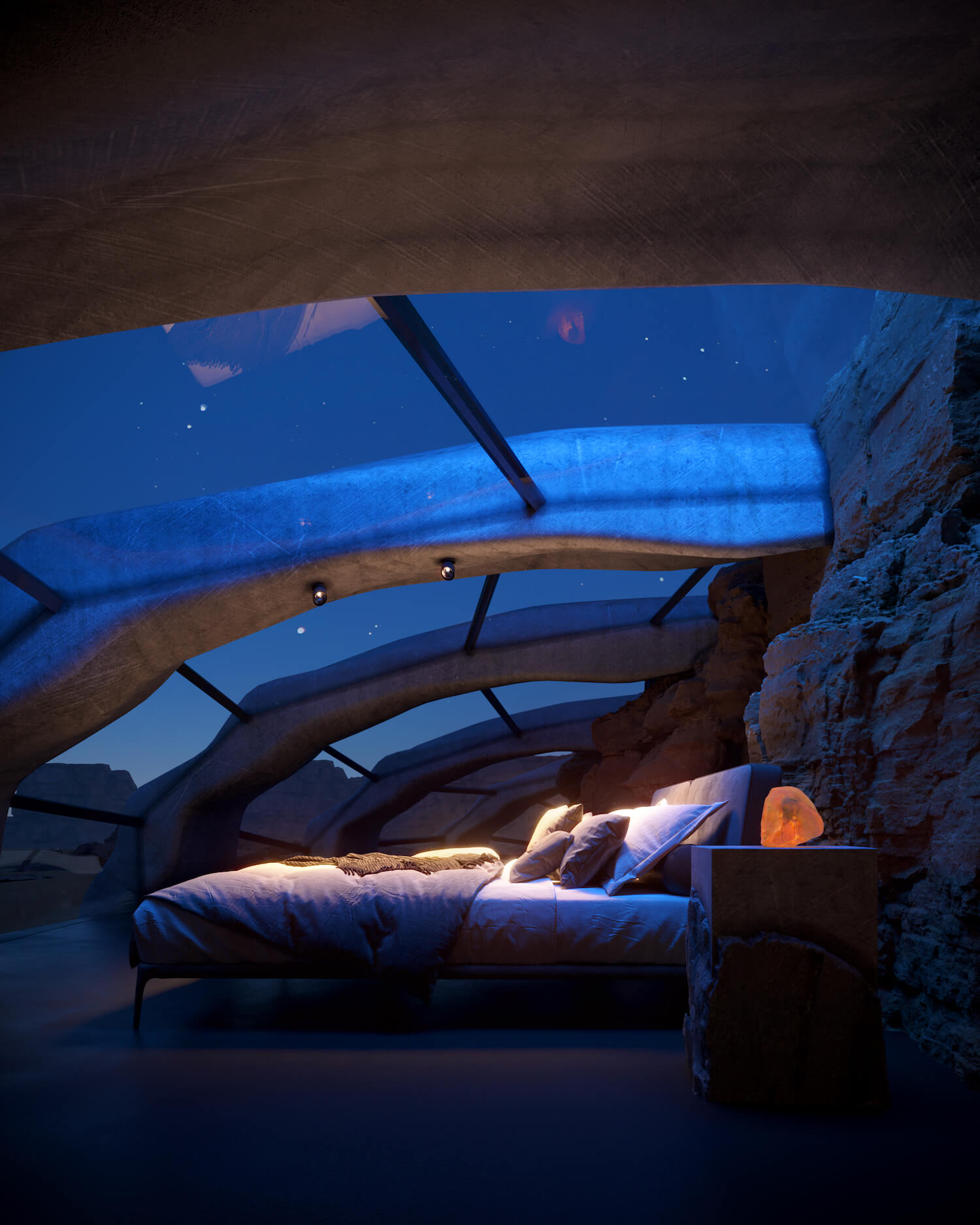 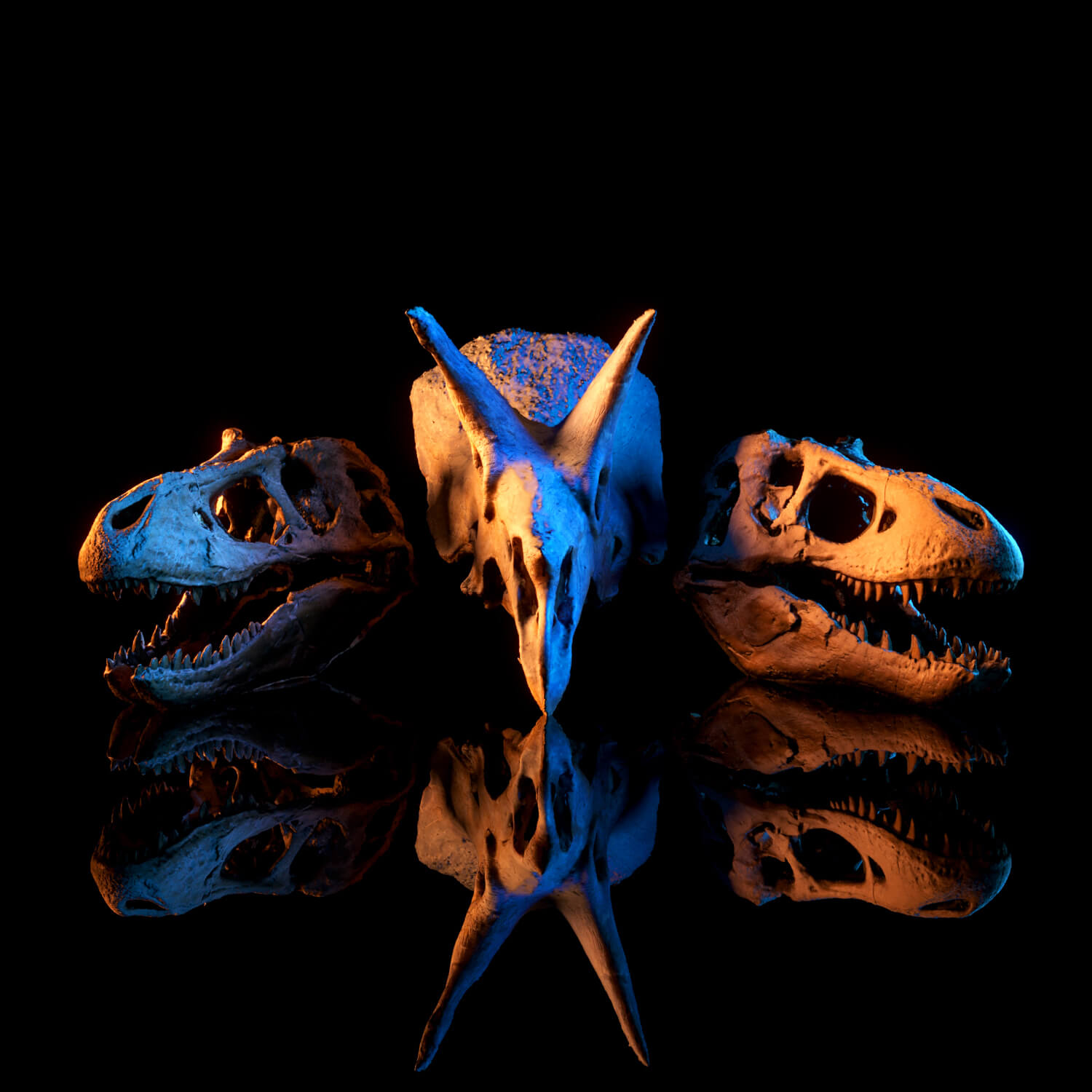 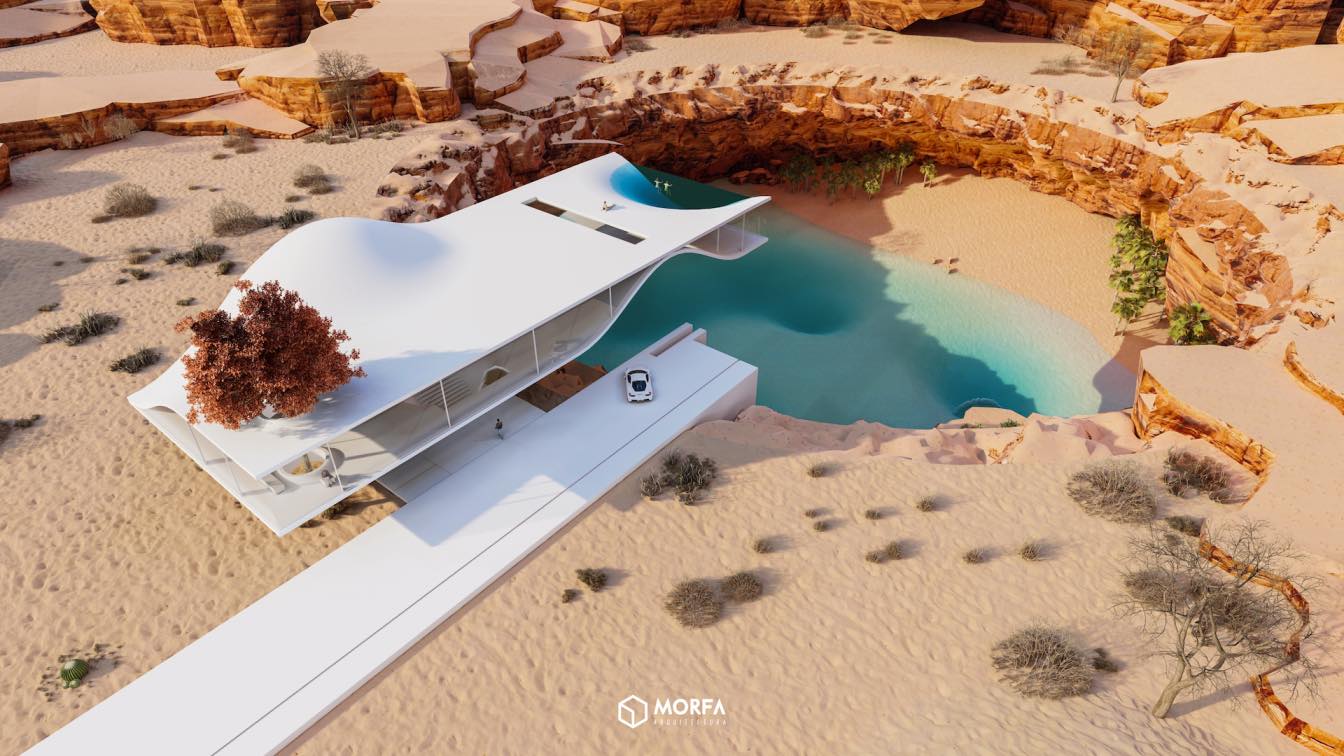 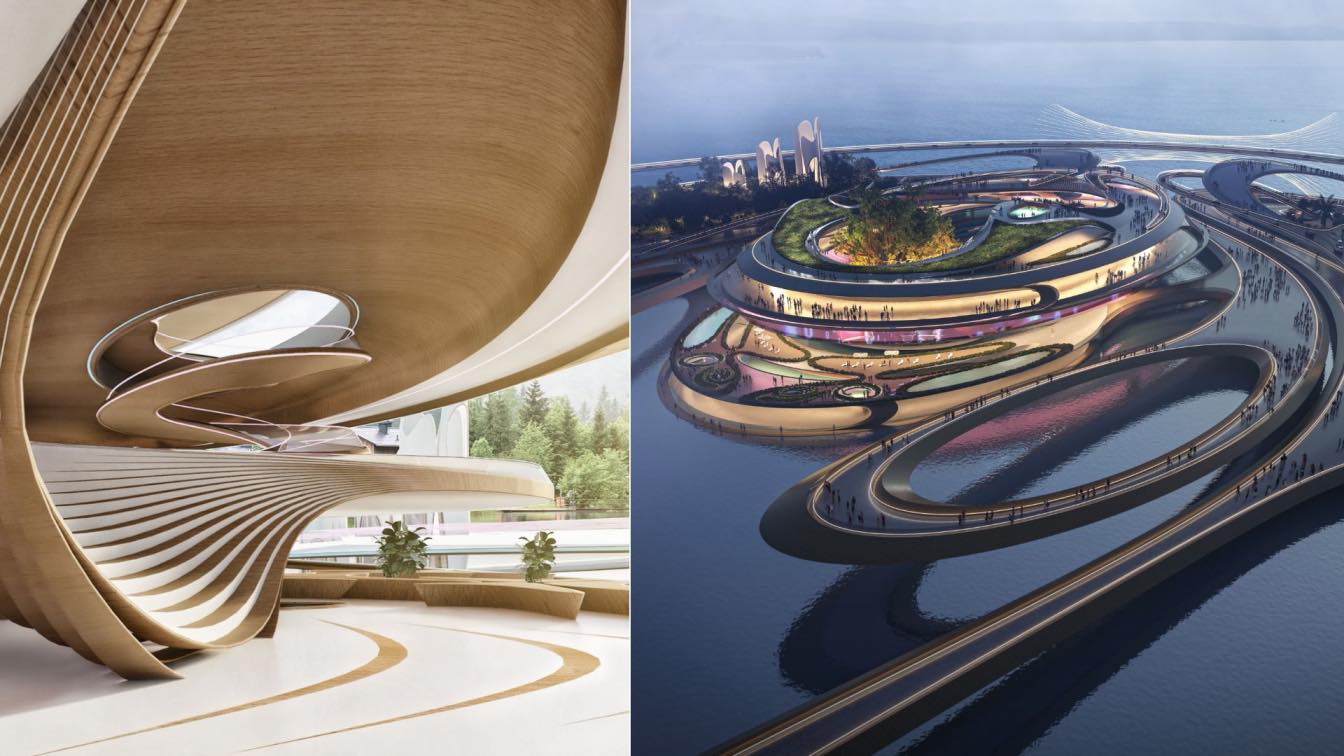 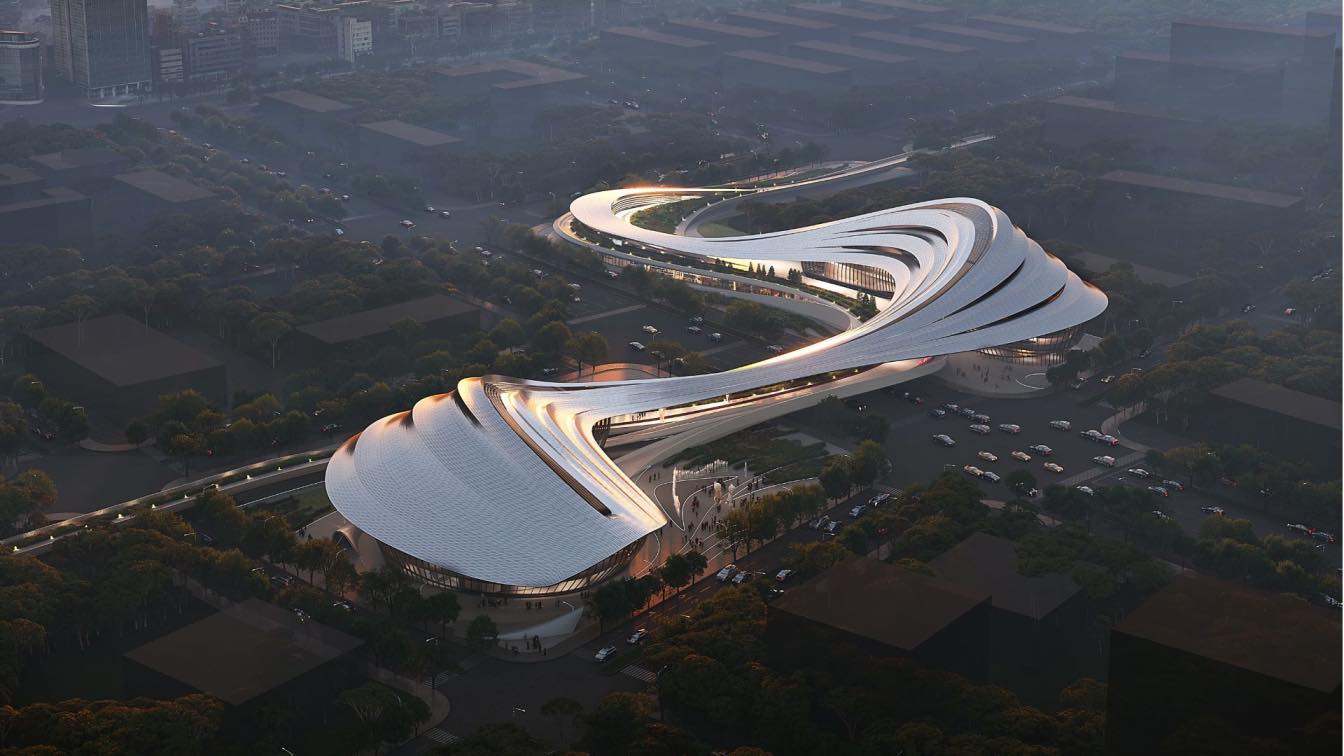