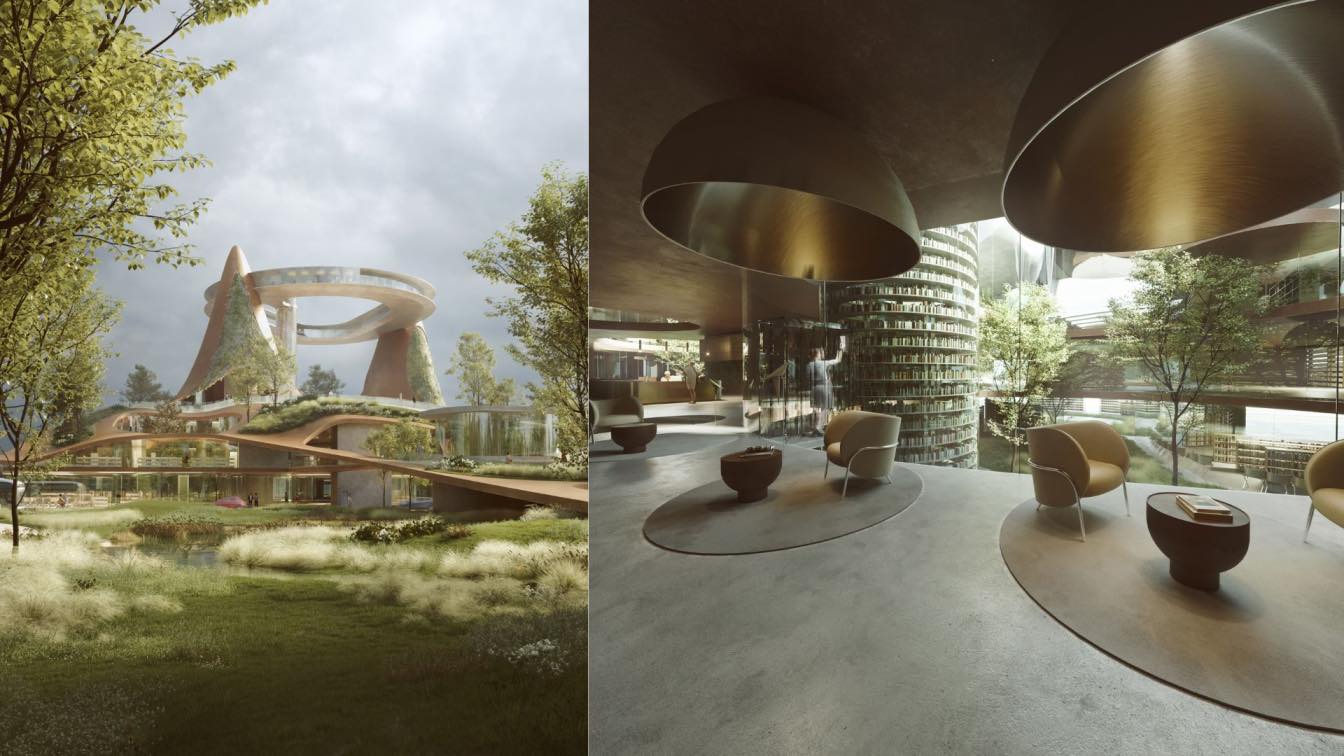 The Tree of Knowledge. Just as the cover of a book contains a conceals under a green landscape a knowledge available to anyone who wants to grasp it. Imbued with surreal atmospheres of rooftop forests and flying books, the new cultural centre places the visitor in the perfect condition to venture into new and unknown worlds.

The project's starting point was the research into the meaning, usage, and features of a 21st-century library. Studio noa* reimagined it as a hub of creativity, aiming to create a stimulating environment for freeing the mind and acquiring new knowledge. As a prerogative, a relaxed and quiet atmosphere, as an added value, the possibility of moving in a hybrid environment breeding new ideas, where the line between inside and outside becomes blurred. Therefore, the design of a complex architectural structure was flanked by the creation of the natural landscape, which permeates all spaces.

The organic wave of the roof, the stylistic signature of the library, unexpectedly houses a flourishing park. This is to be viewed on a broader scale of urban parklands, of which the BEIC is a key element. Although the library's architecture is markedly introverted, the volume emerging from the ground also expands over part of the Porta Vittoria Park, making accessibility one of the key points of the project. 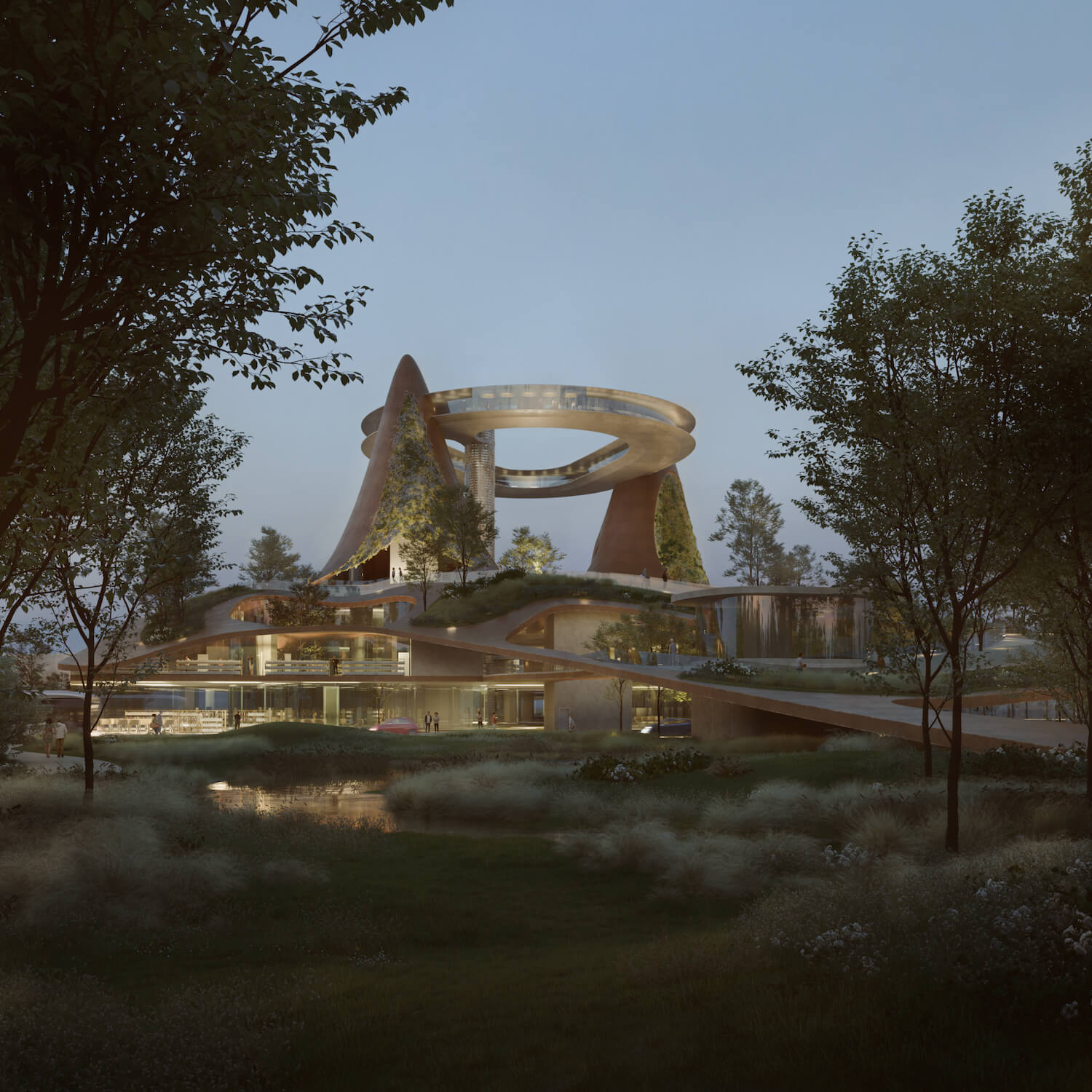 There are a total of nine floors: the main one is located on the first level, where a sinuous promenade allows the complete crossing of the building. In an evocative spatial experience, the visitor is invited to discover the rich functional programme on the interior boulevard. Access to the outside, a natural continuation of the interior spaces, is provided on every floor. A circular study room for 200 people, with a 360° view over Milan, vertically closes the building. To reach it, one ascends a one-of-a-kind elevator, a proper tower of books, picked up as needed by an automated system. Through this astonishing landscape of moving books, the highest point of the BEIC is reached.

It feels like climbing a tree after having walked through a lush garden. And not by chance, since the archetype that inspired the team of architects is the Garden of Eden, where the Tree of the Knowledge of Good and Evil grows. The biblical episode linked to it is perhaps one of the narratives philosophers have drawn on most to portray humanity. According to Hegel, by eating the forbidden apple from the Tree of Knowledge, Eve was the first person to stand apart from the animals, acquiring consciousness and intentionality in doing. When Eve became interested in the unknown, paraphrasing, libraries found their raison d'être. On the roof of the BEIC, studio noa* wanted to recreate an earthly Eden, where we could celebrate the beauty of knowledge and continually encourage people to reach out to unknown worlds. 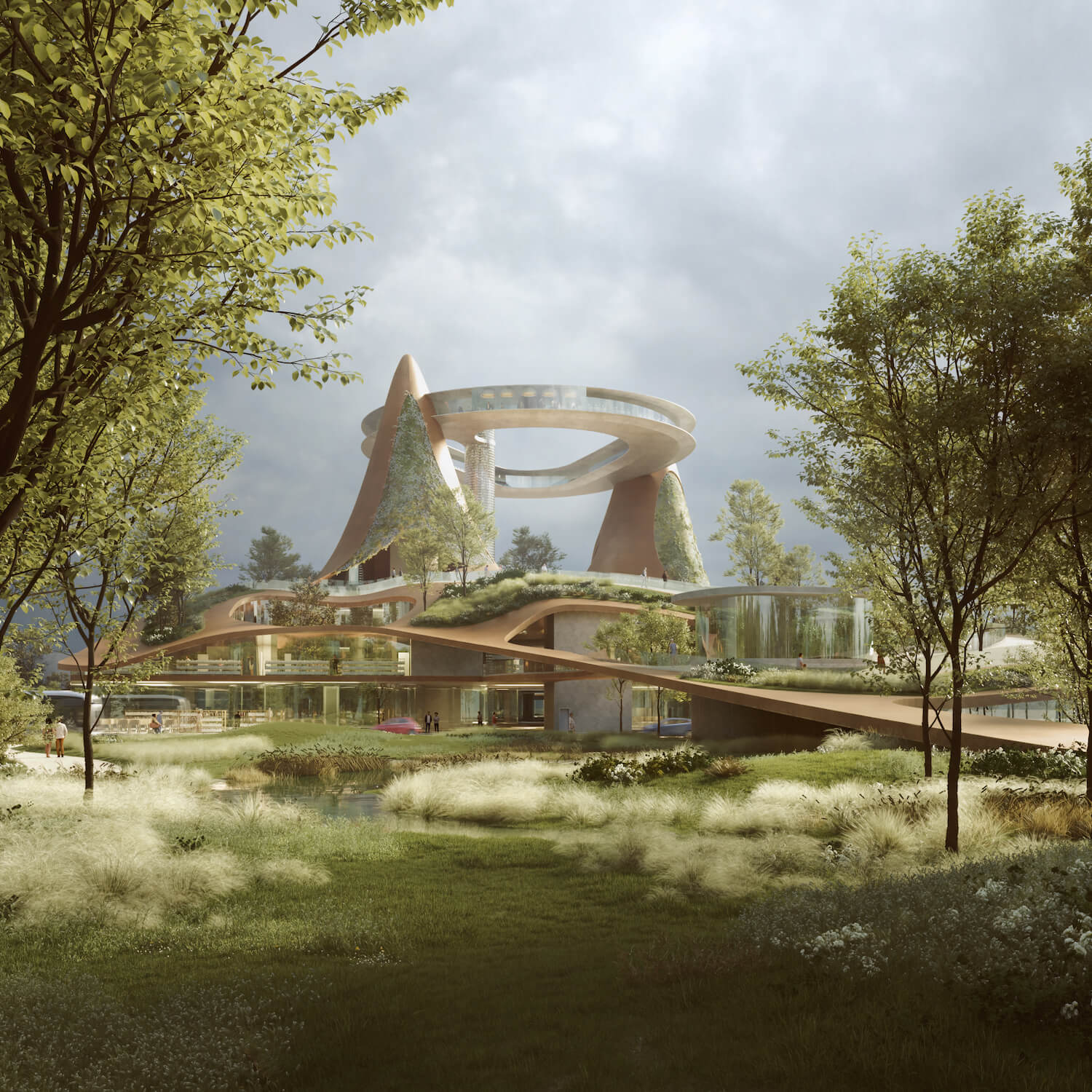 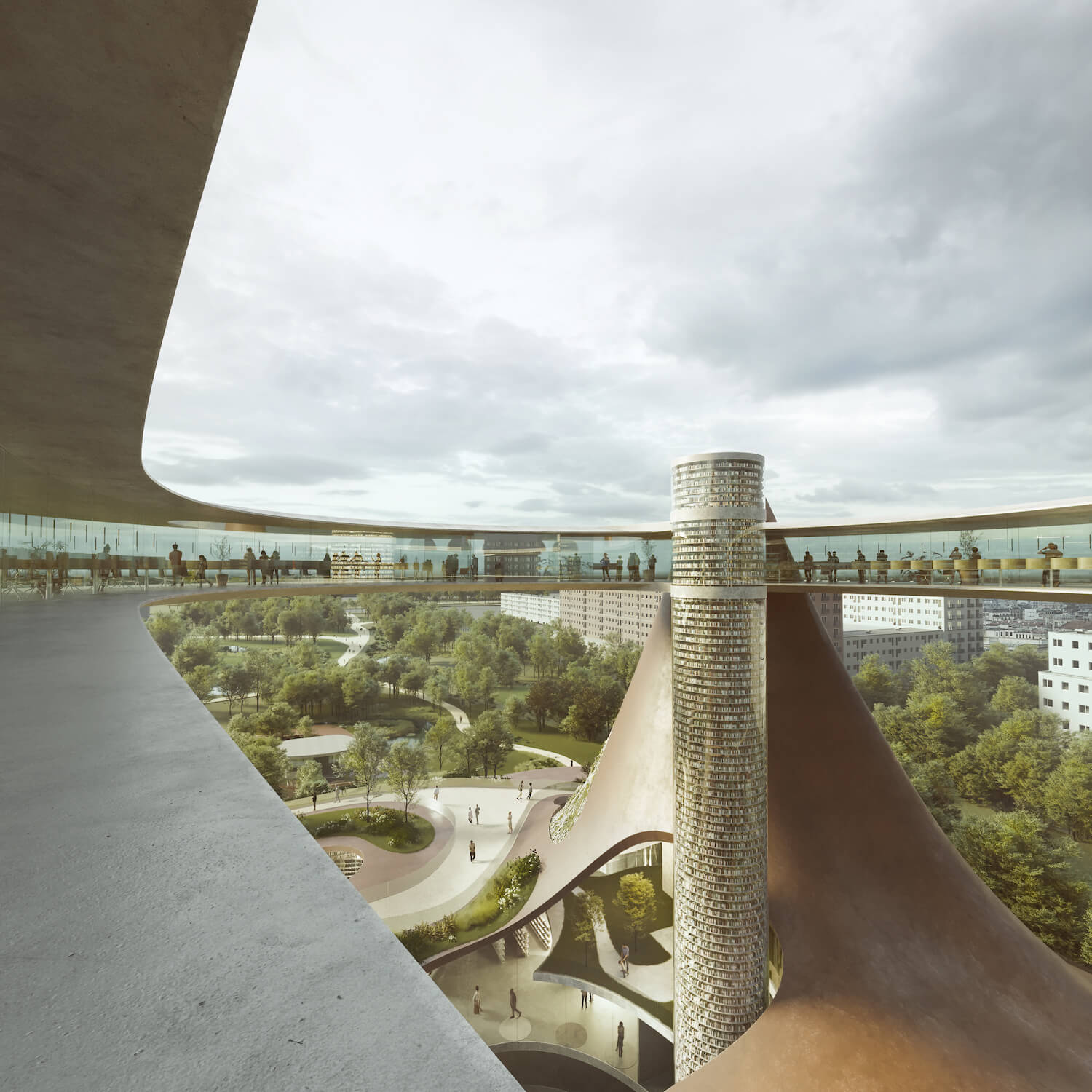 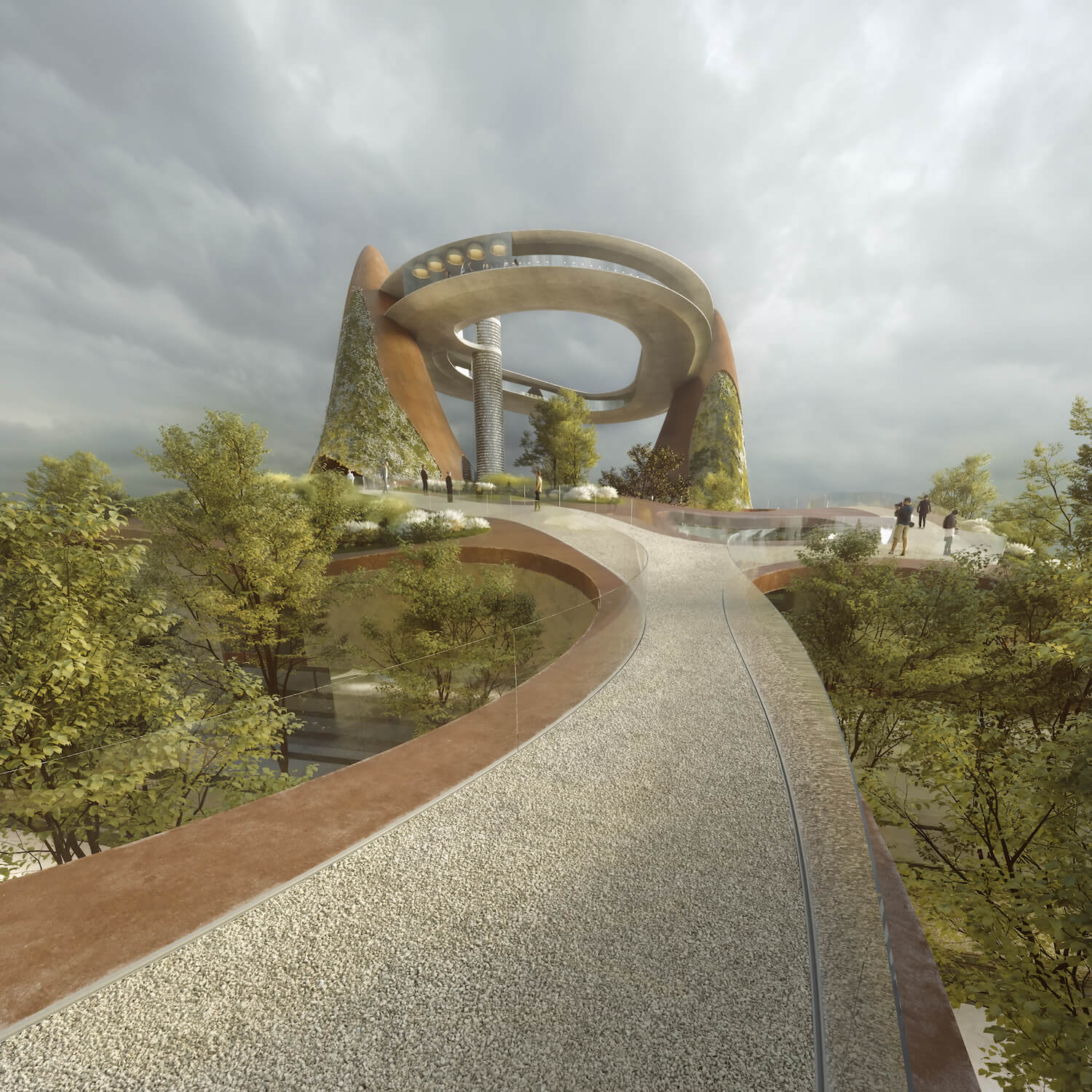 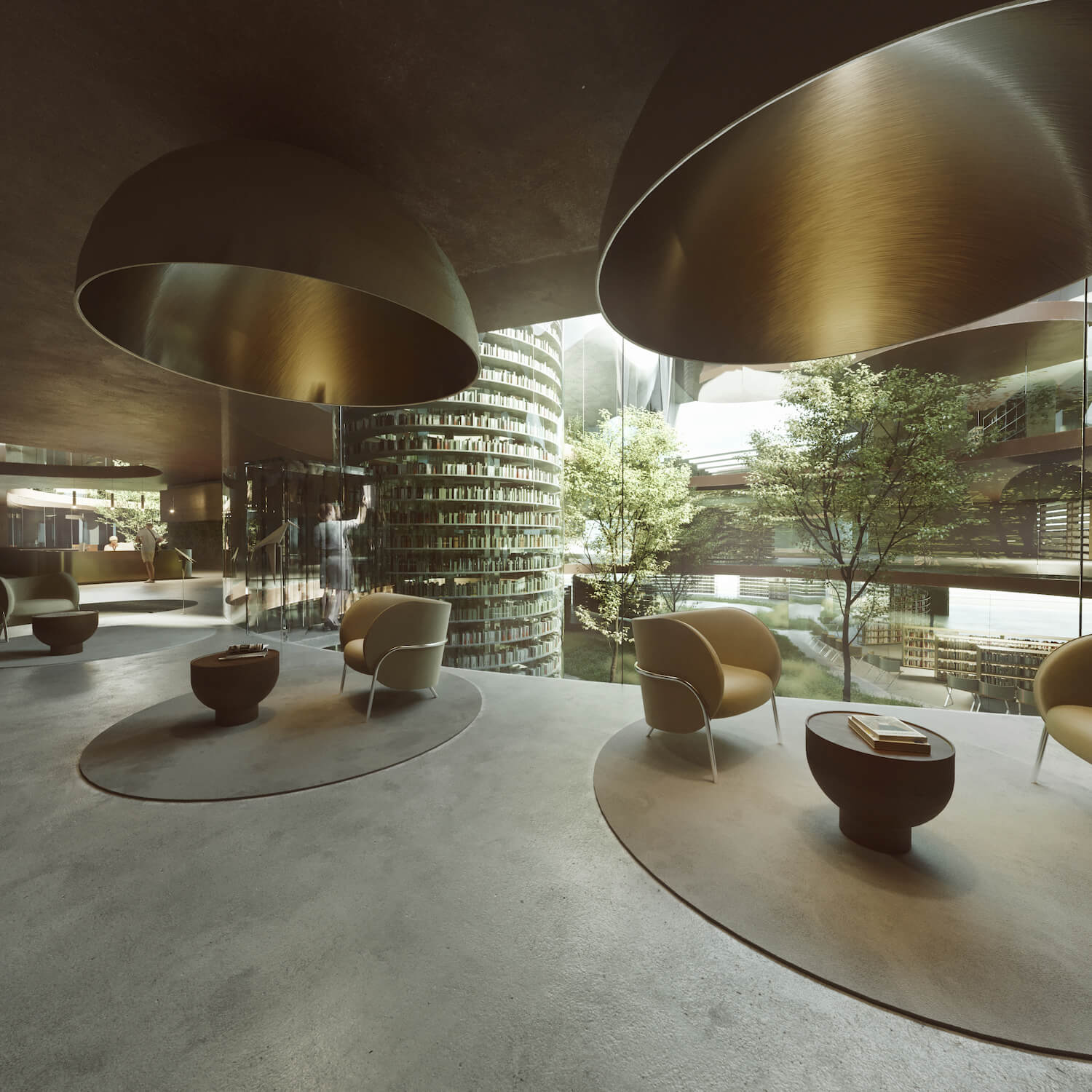 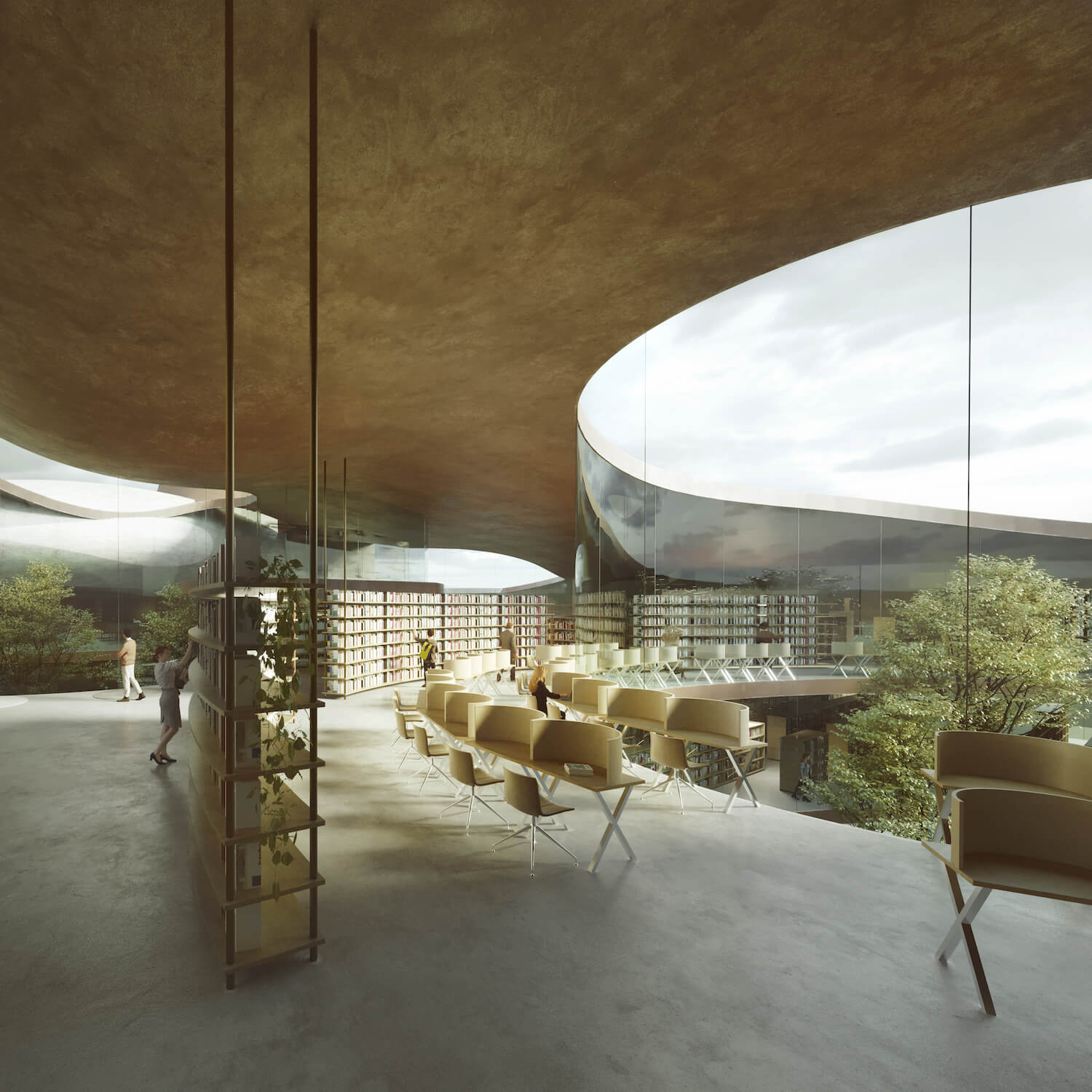 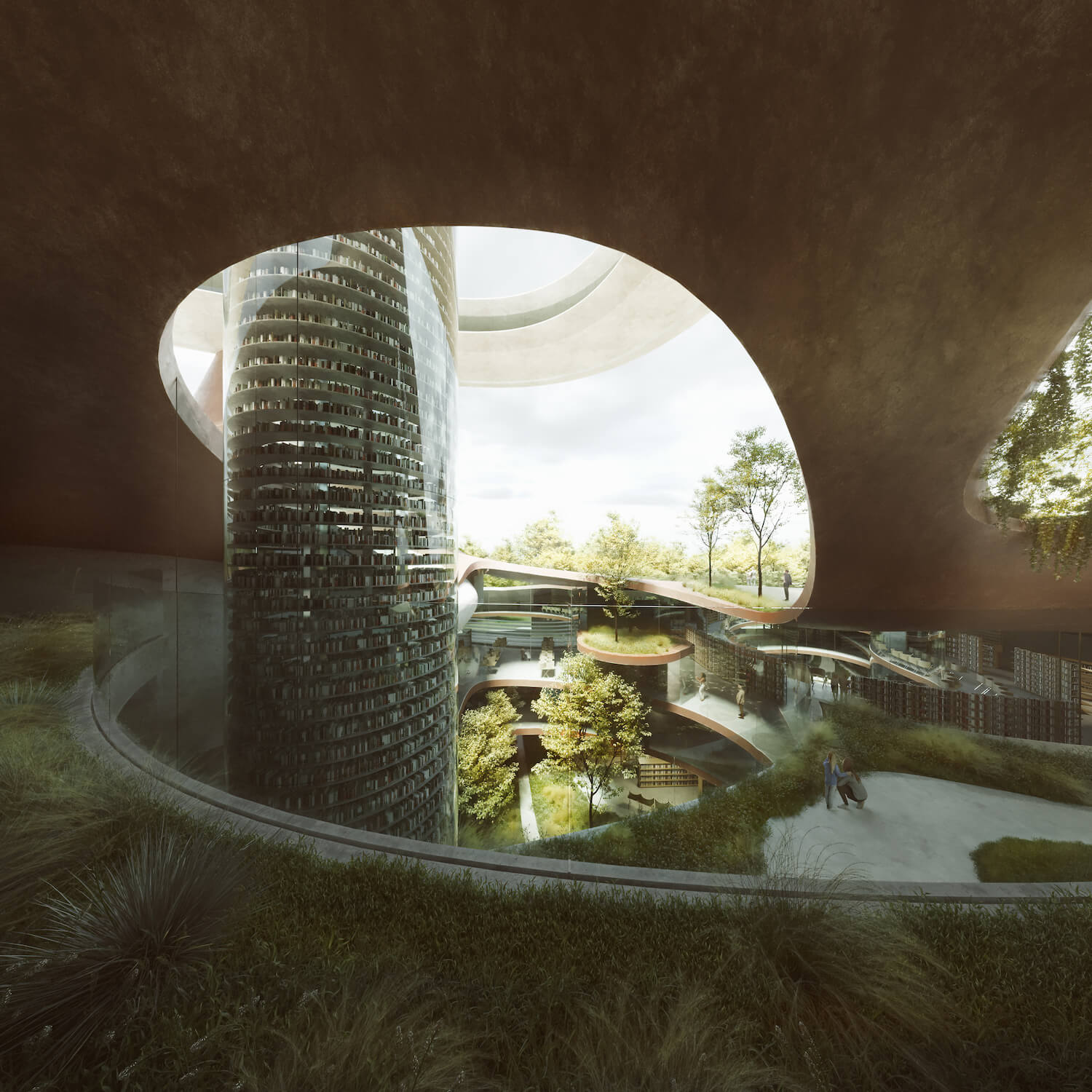 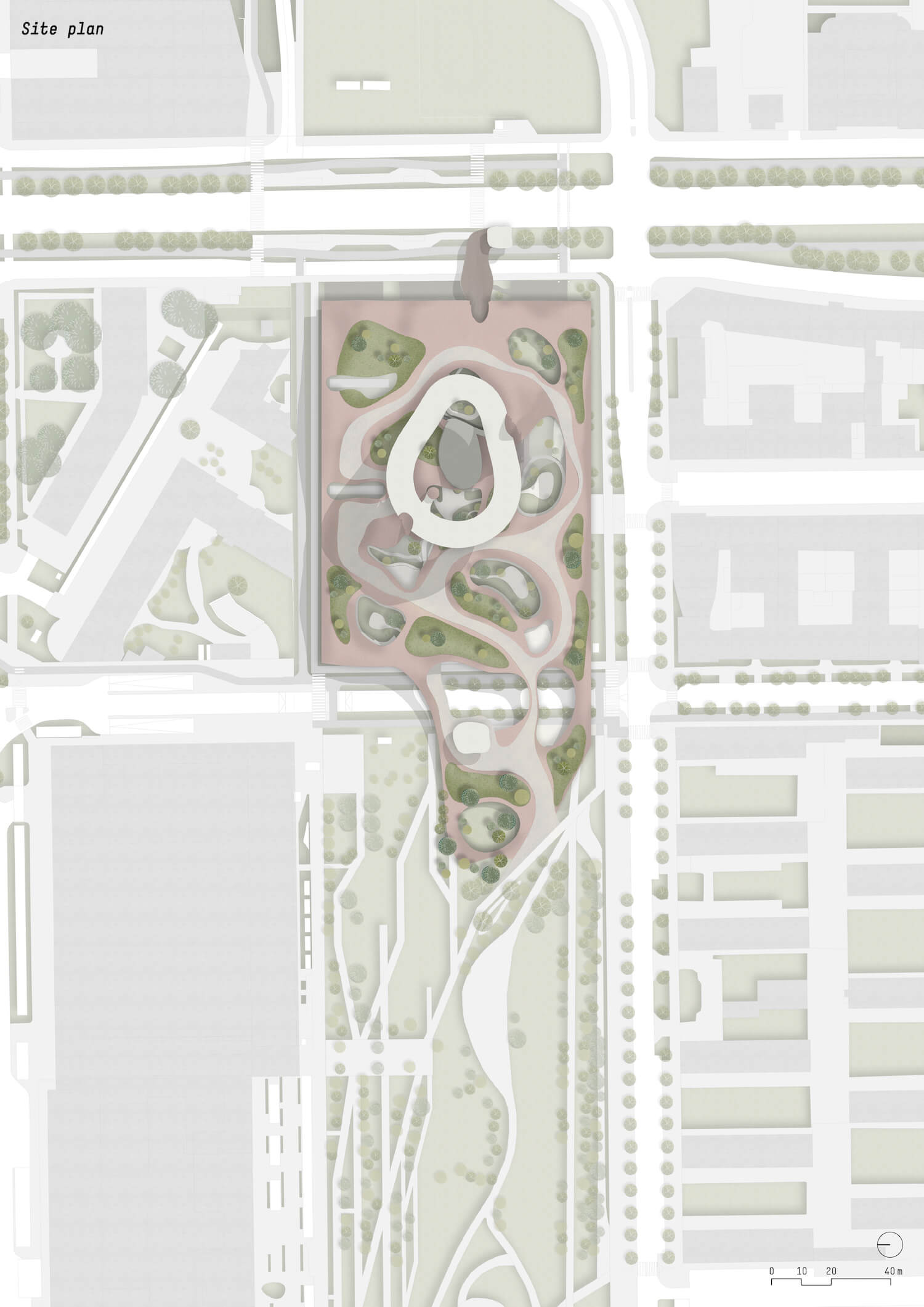 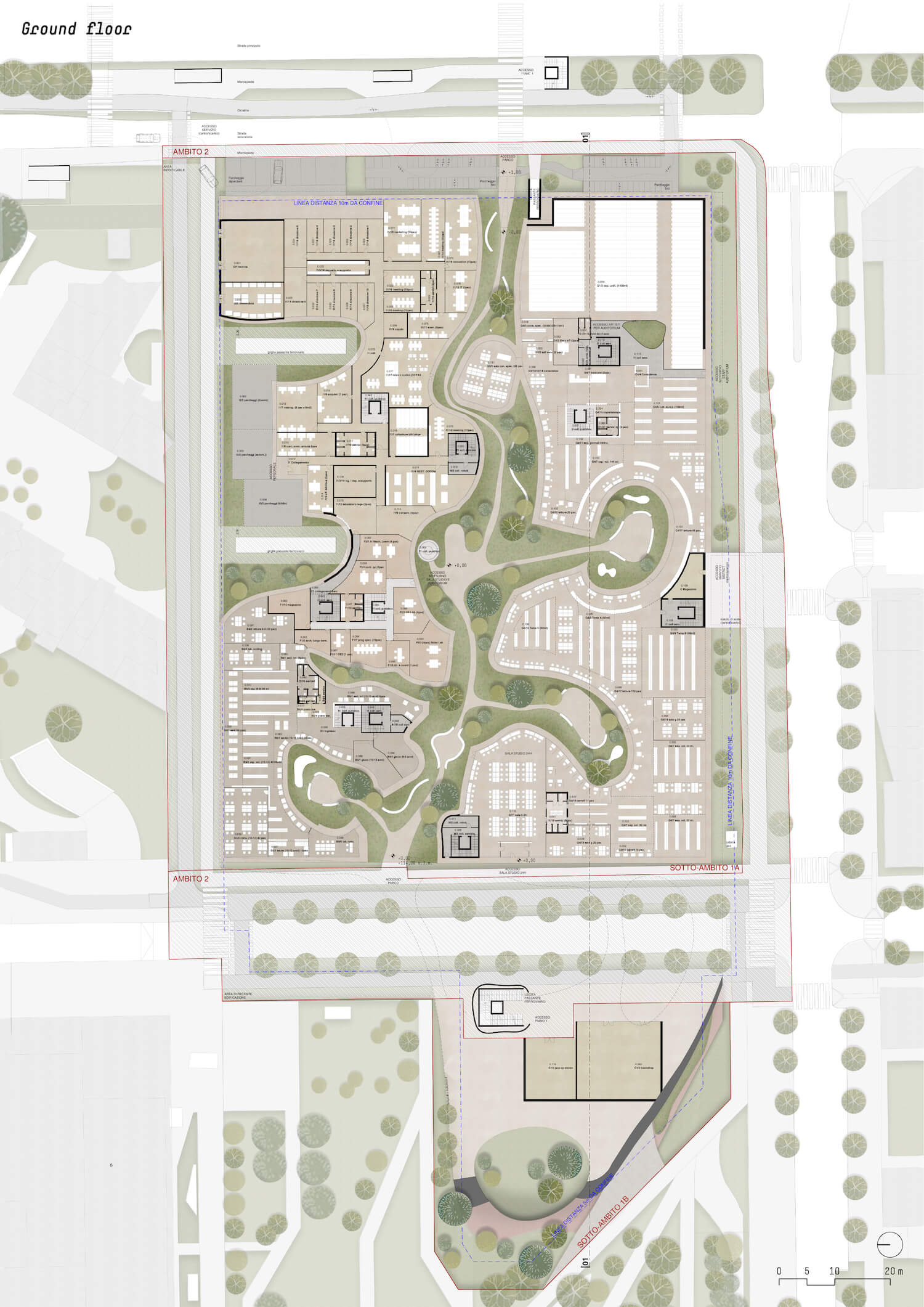 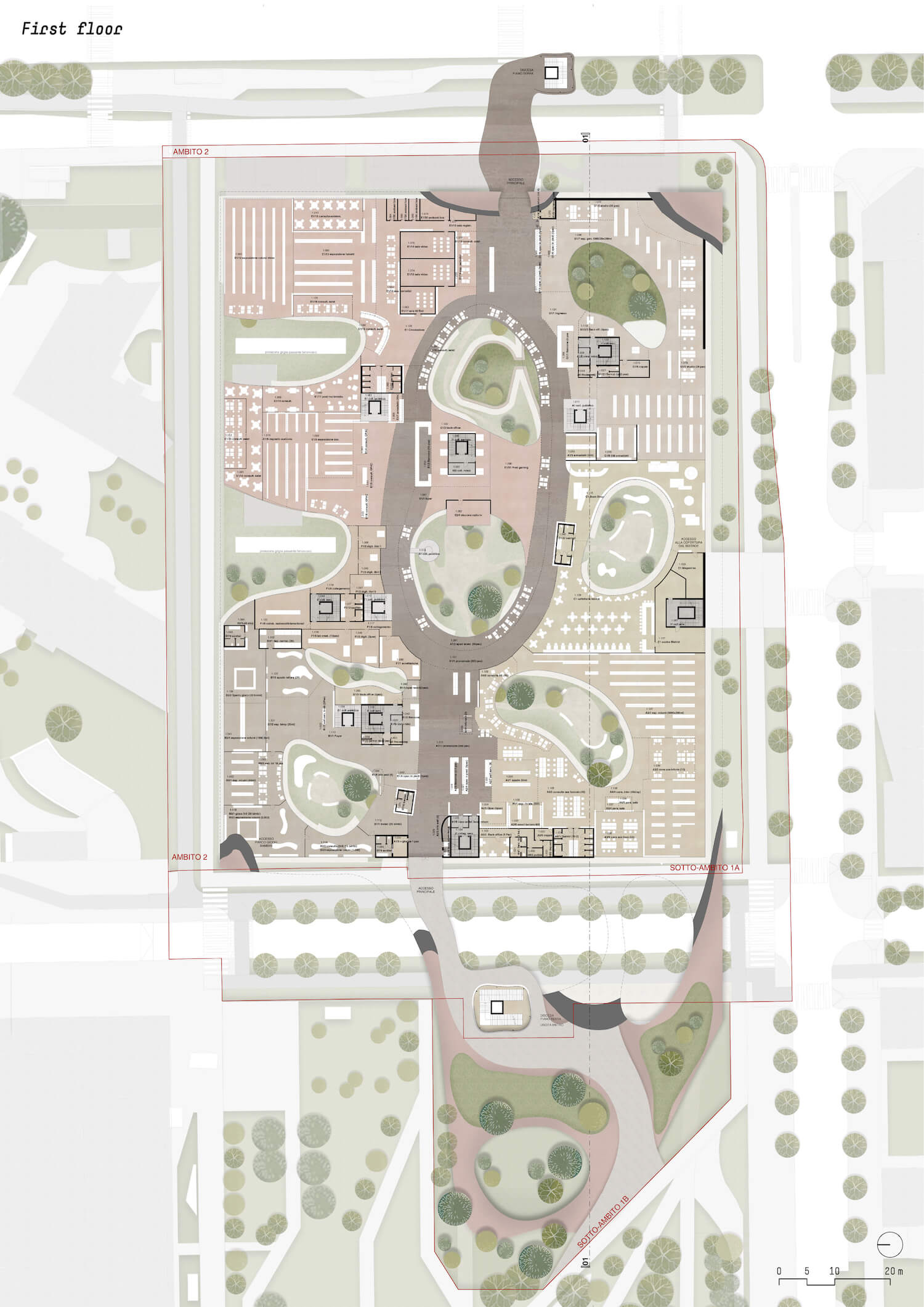 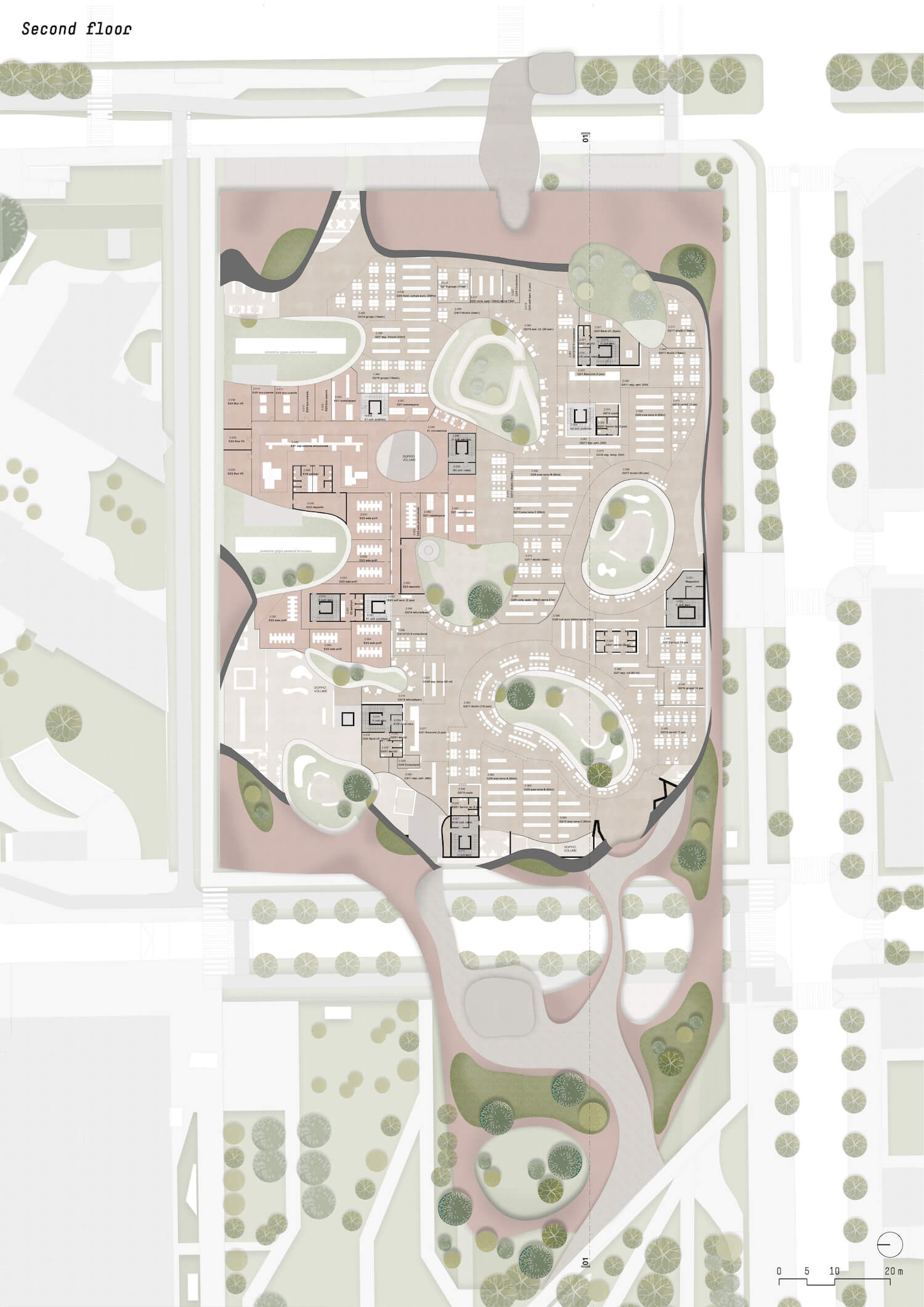 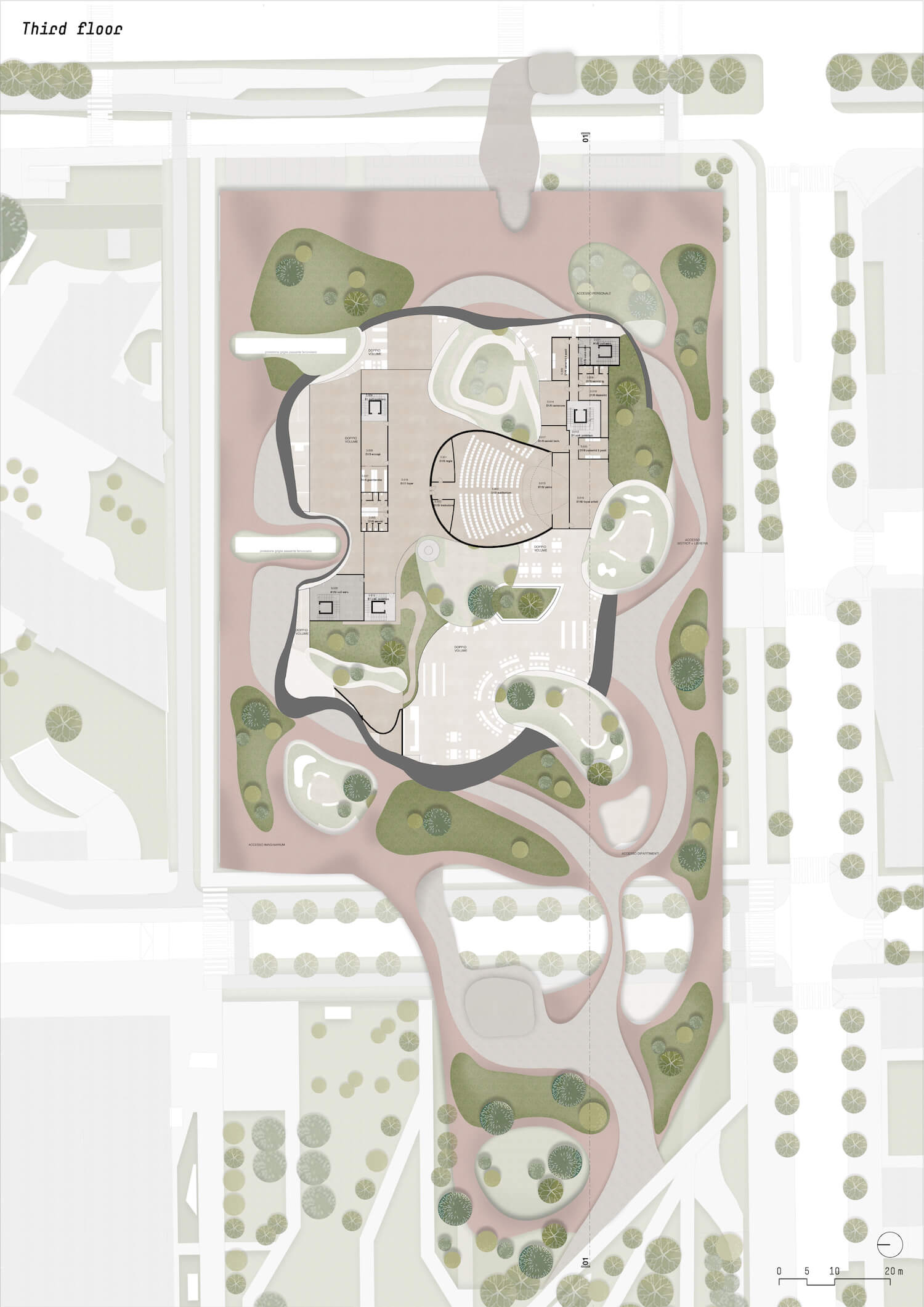 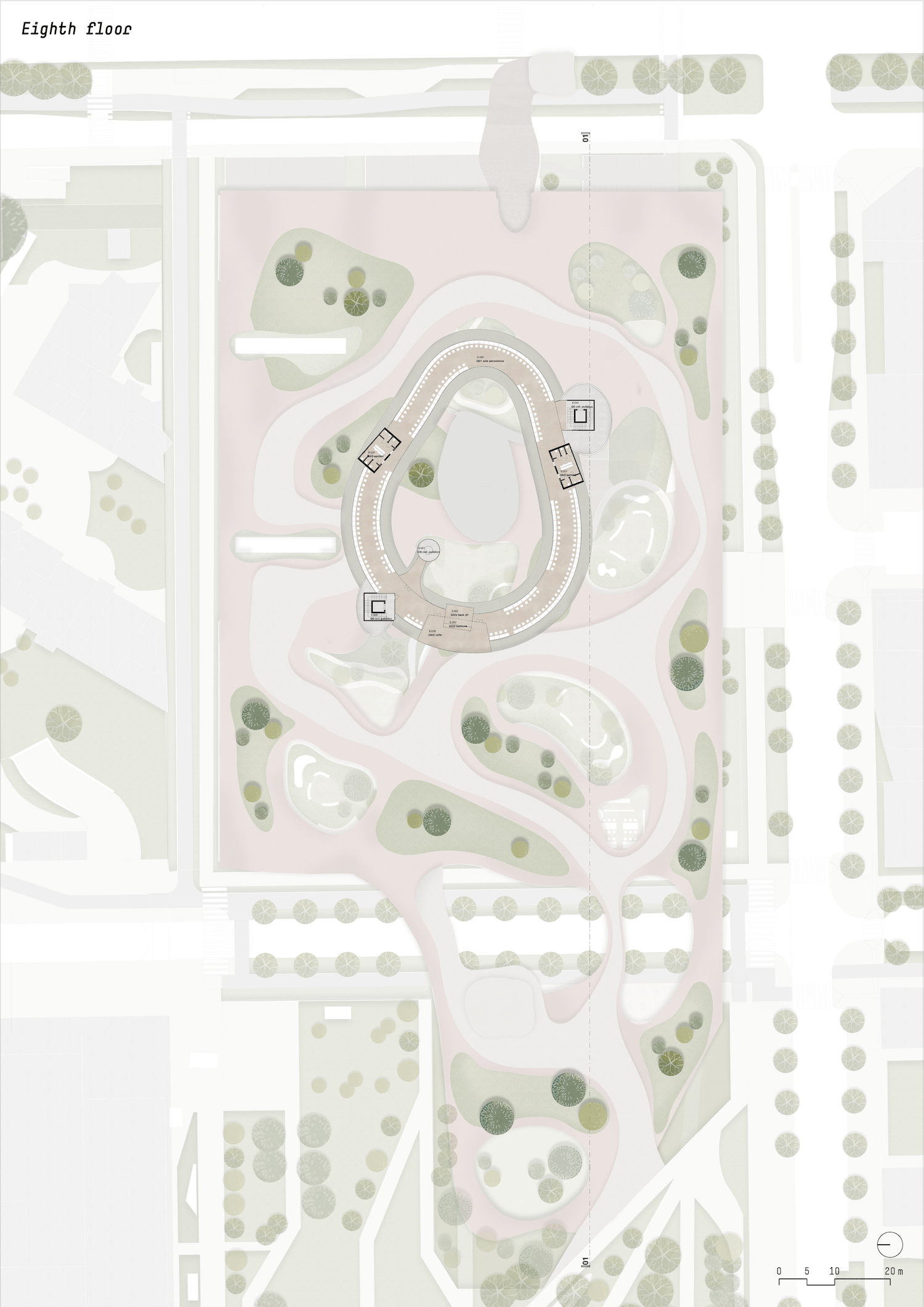 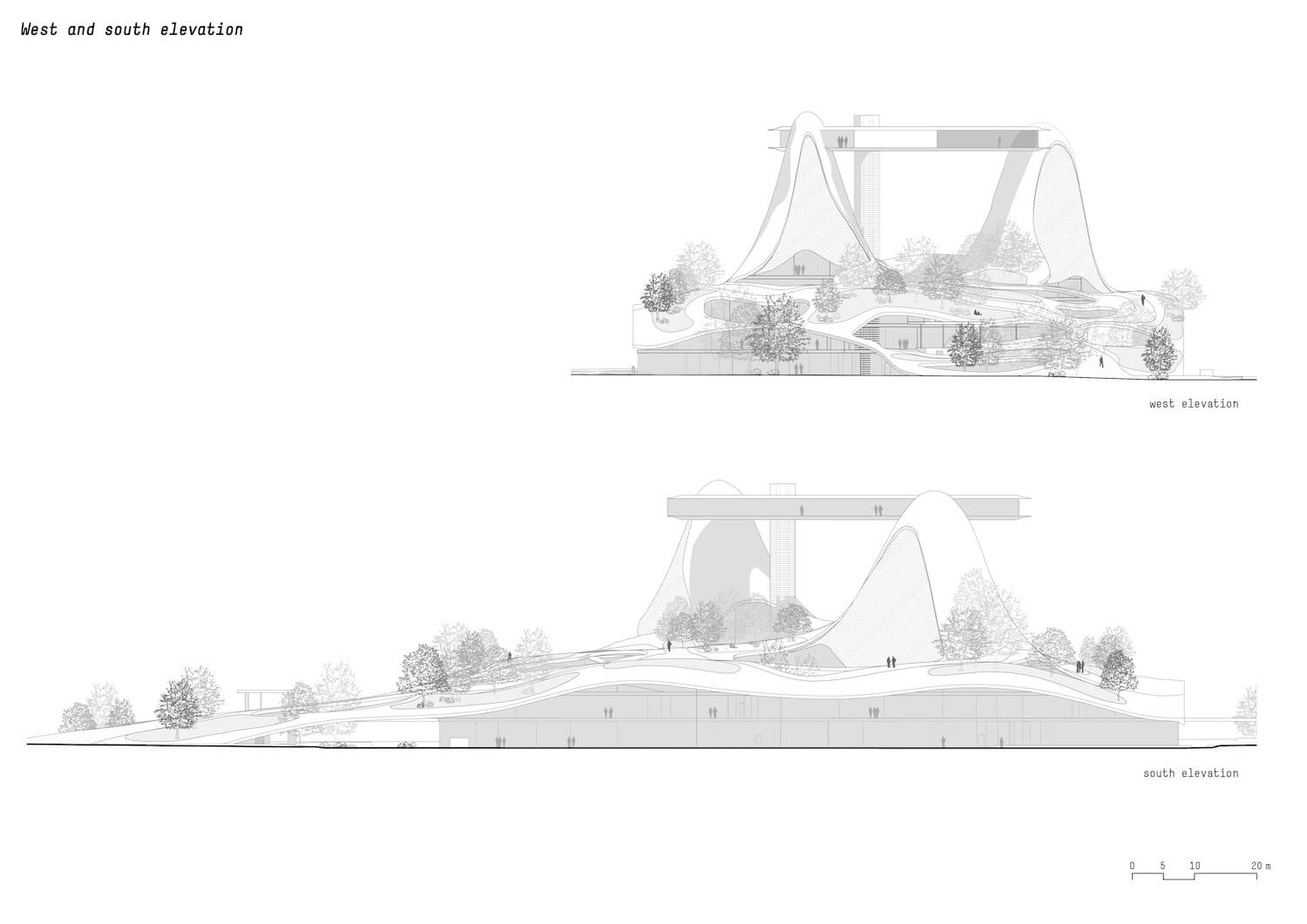 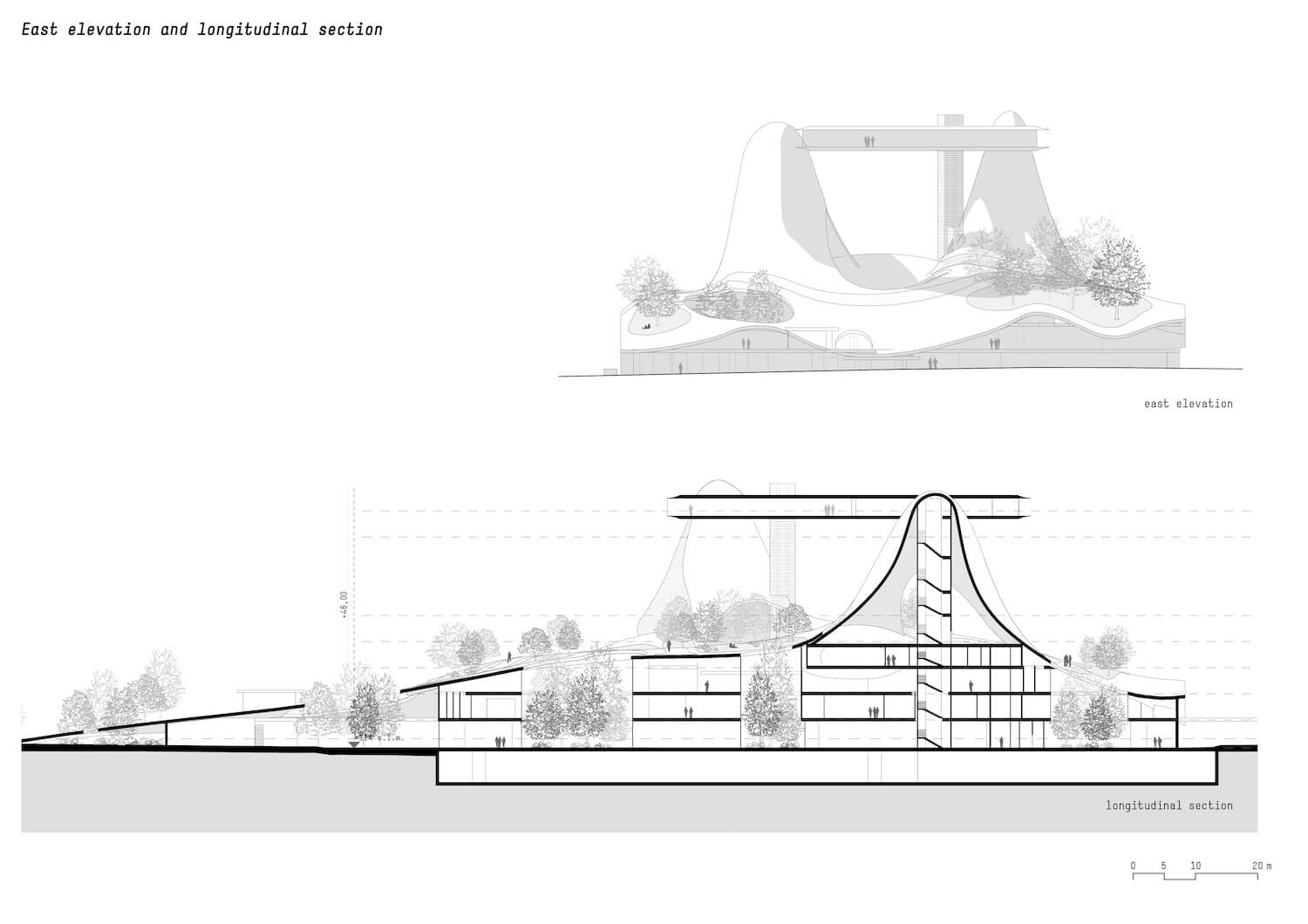 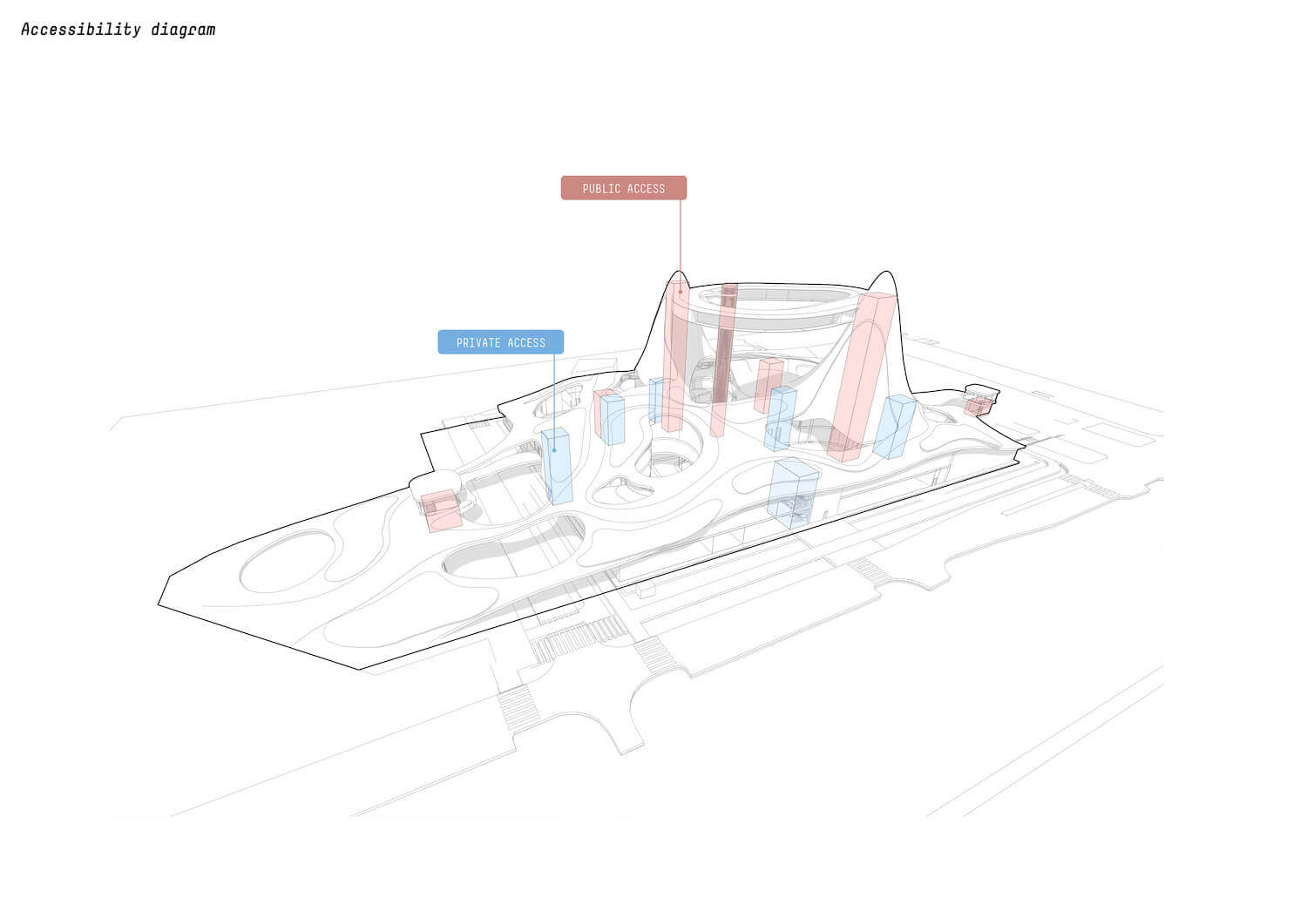 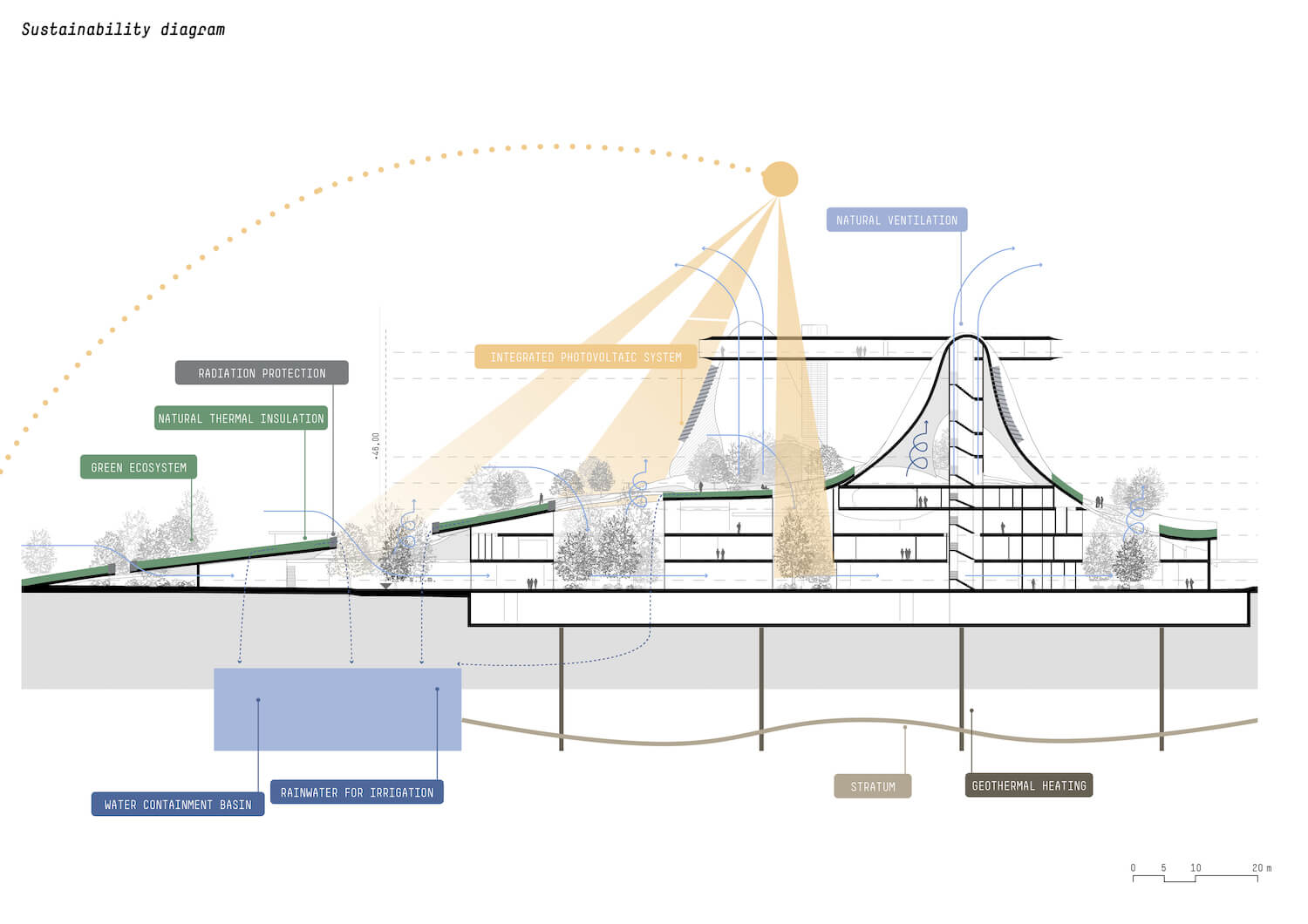 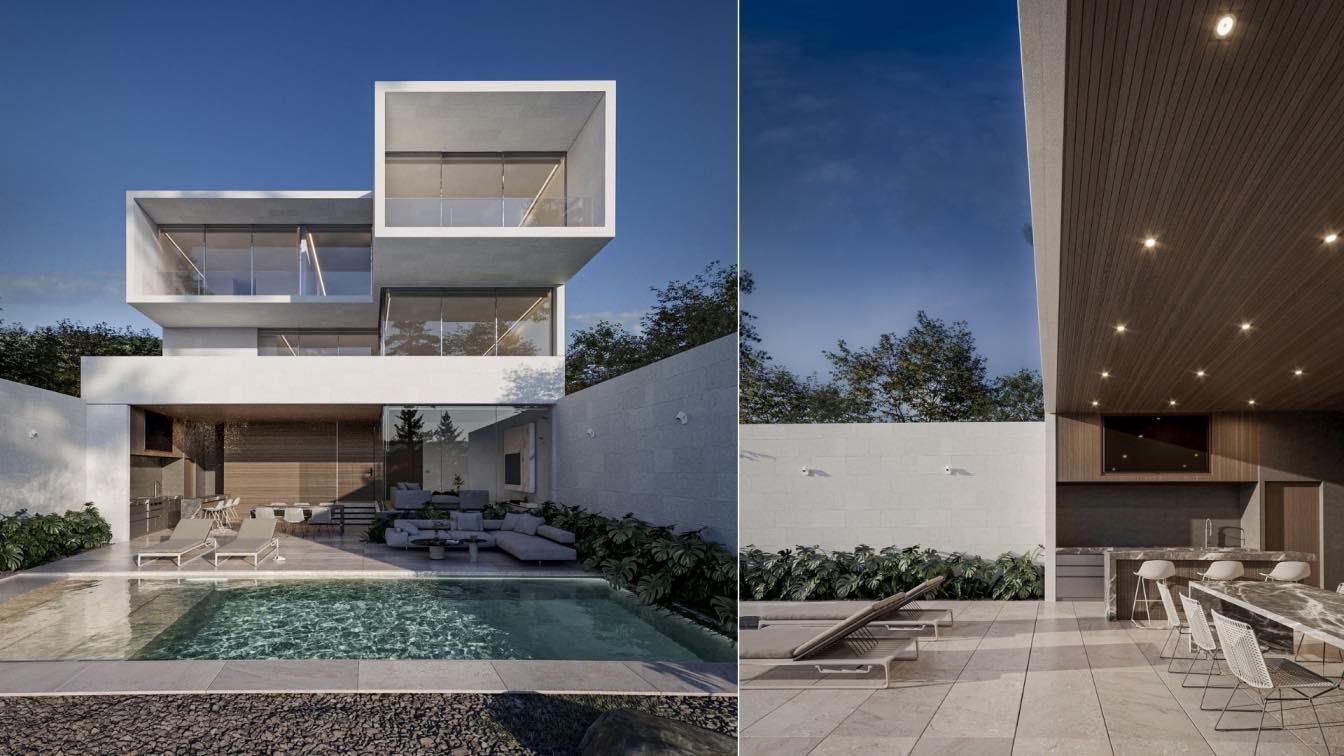 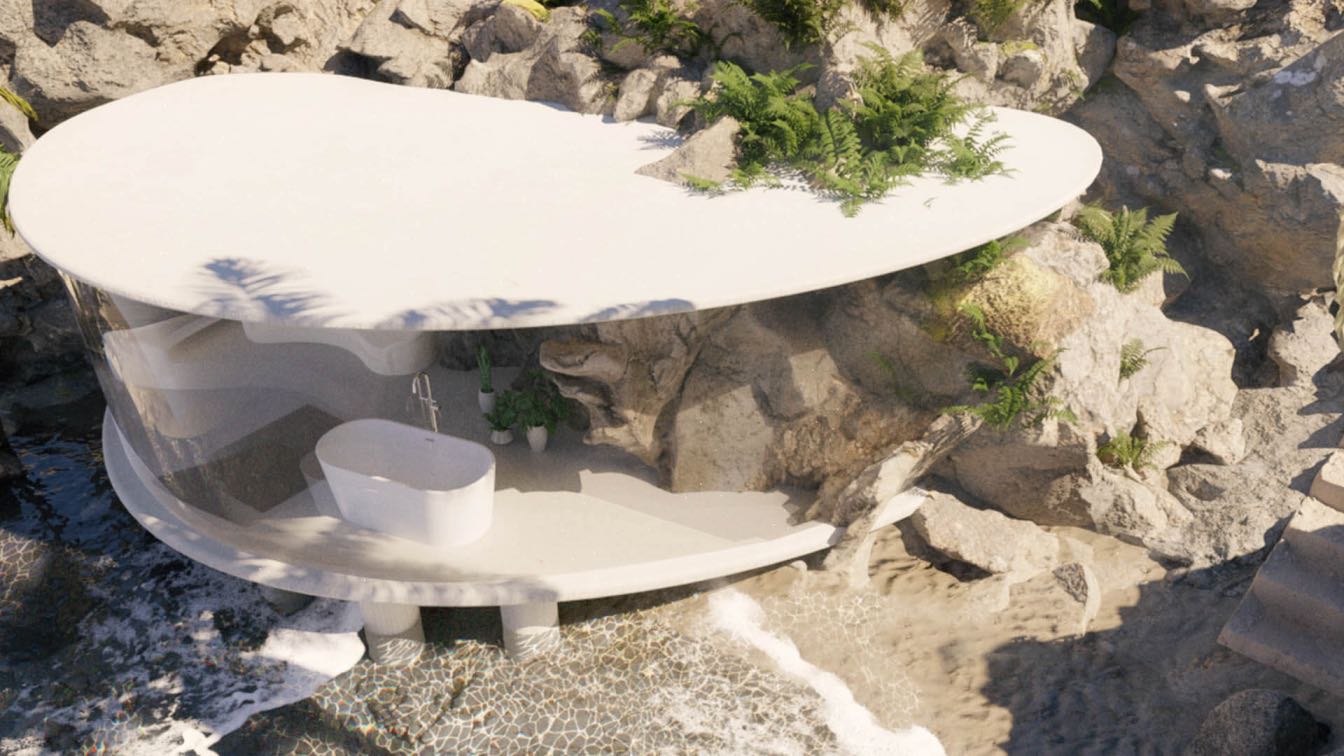 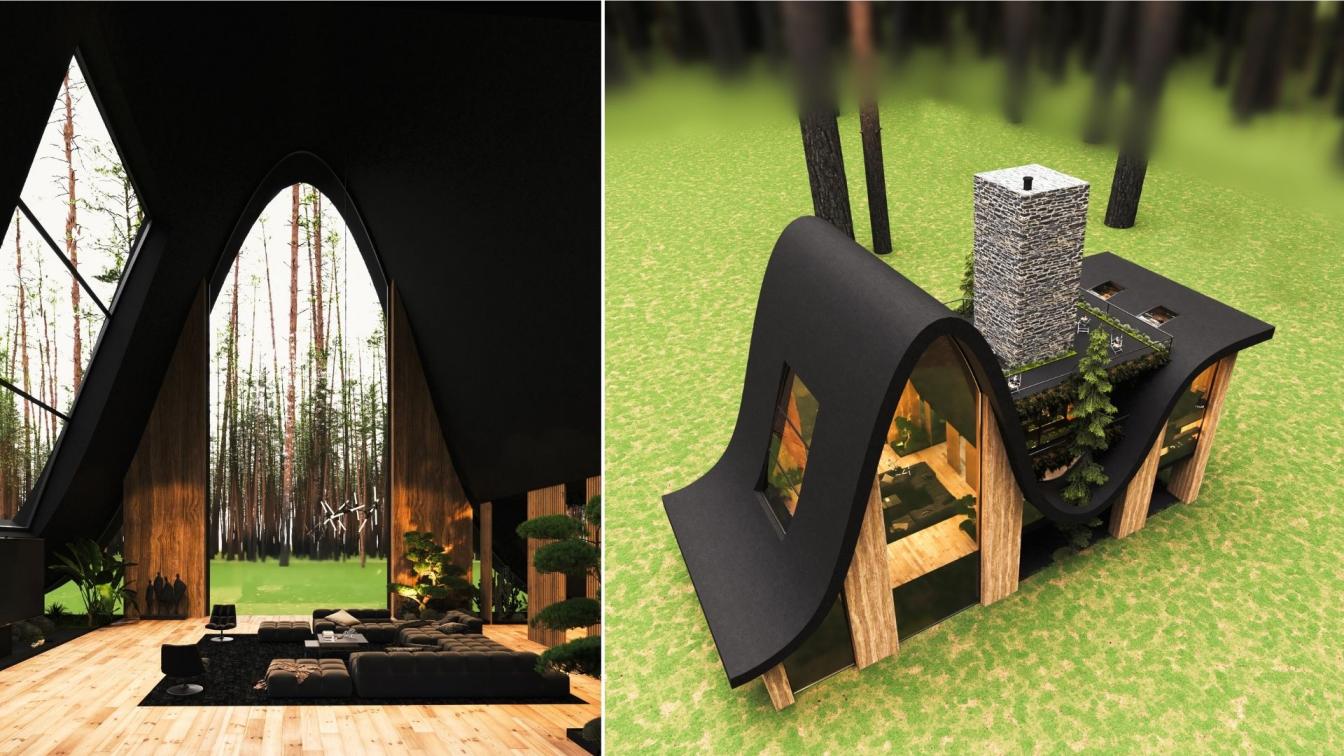 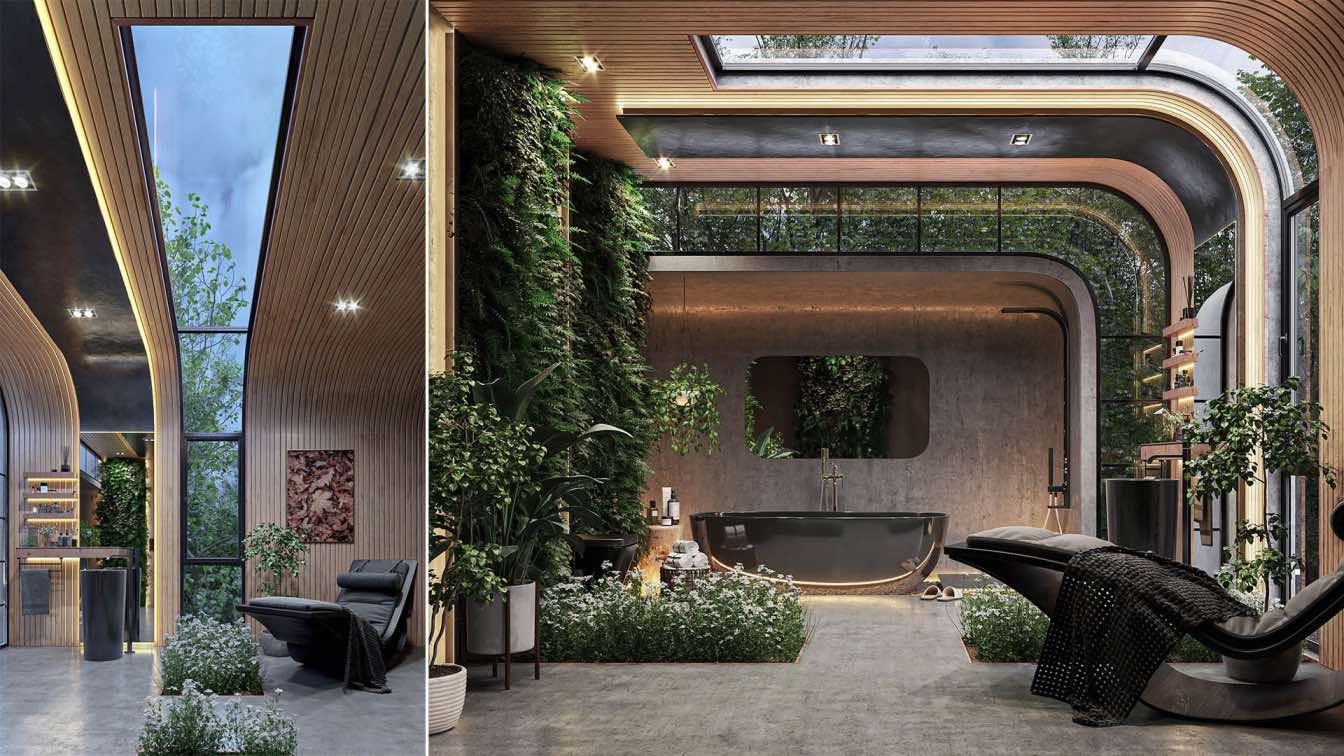