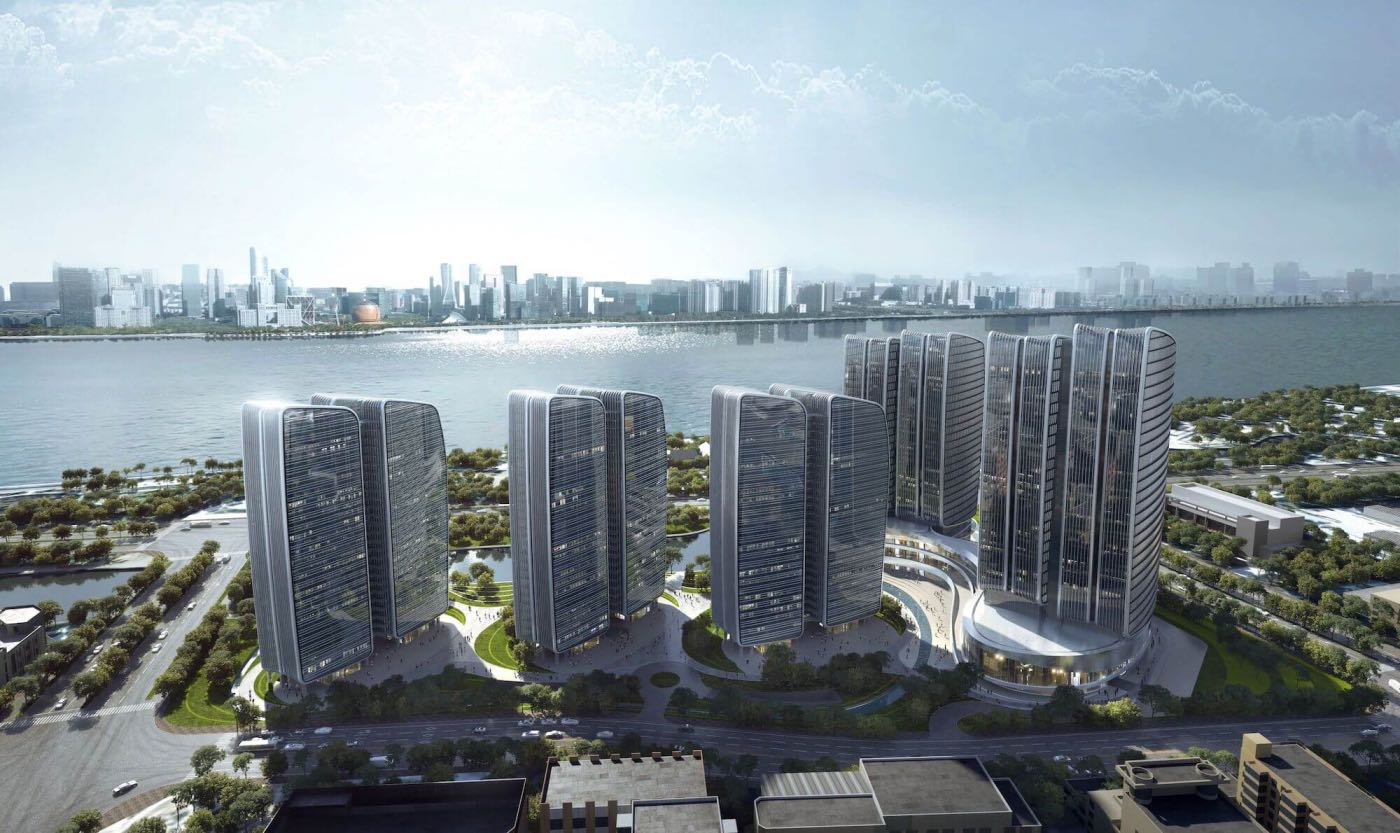 Focus Hangzhou is a complex of  334,290 square meters residential development project set to be build in 2022. Aedas, SWA, BPI and CAADI were specially invited to design the architecture, landscape, lighting and interior of Focus Hangzhou, respectively, to jointly create a landmark complex, one of the landmarks for the 2022 Olympic Games, and a new name card of Hangzhou. As one of the world's top ten architecture firms, Aedas is the only design agency that combines international research, regional culture and global design in the world. It is rooted both locally and worldwide to provide diverse and creative design works.

A city may be endowed with infinite possibilities by the age and opportunities, to advance forward in the tide of the age. It took one thousand years for Hangzhou to enter the era of the West Lake and ten years to enter the era of the Qiantang River, the incoming "golden age". All the builders are shaping contemporary Hangzhou, nourishing and renewing the city with their own vitality.

The Qiantang River, with the title of “World’s Largest Tidal Bore” under its belt, has now become a brand-new urban center in Hangzhou. Aedas has designed a landmark commercial complex in the core area of ​​the Qianjiang Century City, the future CBD, alongside the River.

The plot is immediately adjacent to the Qiantang River on the west while overlooking the Olympic Sports Expo Center on the South. Perched on a providential position, the area is accessible via the planned Metro Line 6 and 2, as well as the three arterial roads that lead to the Qianjiang New Town on the opposite bank.

"As an important area along the Qiantang River, it will attract the world's attention with the development of Qianjiang Century City and the upcoming 2022 Asian Games. We hope it will bring a different living experience to residents since it is not only a landmark commercial building, but also an important part of urban life."  said Dr. Andy Wen, Director of Aedas Global Design.

"To an extent, what architecture means to a city is similar to what people to the society. Architecture is an important part of a city. The representative buildings of different eras reflect the economy, culture and lifestyle of the corresponding eras, which dance with the original urban ones to achieve the richness and diversity of a city, and also witness the precipitation, replacement and regeneration of the city’s life. Focus Hangzhou intends to exactly serve as such architecture of the age.”Guiyi Zhu, General Project Manager of Focus Hangzhou.

The design draws inspiration from the aphorism of “setting sail”. It assimilates the buildings into the plot and the river in a sailboat form, emblematic of a riding wave of prosperity. The podium is like a ship hull breaking through the waves, which echoes the rhythm and contours of the river. The building is tessellated with light silver gray aluminum panels and glass curtain walls, a homage to the lofty Olympic Sports Center on its South.
Bifurcated by the river, the land is tenanted with 5 office towers, ingeniously laid out to secure permeability and maximise views to the Qiantang River. Set in the form of undulating sails to present a wider office floor plan, the two towers on the North are connected by a 3-storey retail podium. The South zone is swaddled by a looping river bank, in which three towers are organized along a green spine of vertically networked platforms, by way of providing breakout spaces for office users.

Between two zones, an urban corridor is constructed across the river surface on which an inviting view is afforded. A sustained pedestrian walkway is designed to connect the buildings and public space along the river course, inviting citizens to explore within. The design allows a panoply of functions flower from the central landscape and get folded into a multi-dimensional urban living space. By linking the waterfront promenades, stepped green space and commercial plazas, the development creates a dynamic and hydrophilic environment, asserting itself as a source of leisure for citizens.

At the arrival of the Qiantang River light show festival, the glass curtain wall will be transformed into a light stage. It aligns with the Olympic Sports Center on the south side and Qianjiang New Town on the opposite bank to carve out space for an expansive and immersive experience.

"With the development of Qianjiang Century City and the upcoming 2022 Asia Games, this area will attract the gaze of the world. We want it to be more than a landmark commercial building, but that it can also suture itself into urban life and offer a different life experience.” said Dr. Andy Wen, Global Design Principal of Aedas.

Connect with the Aedas 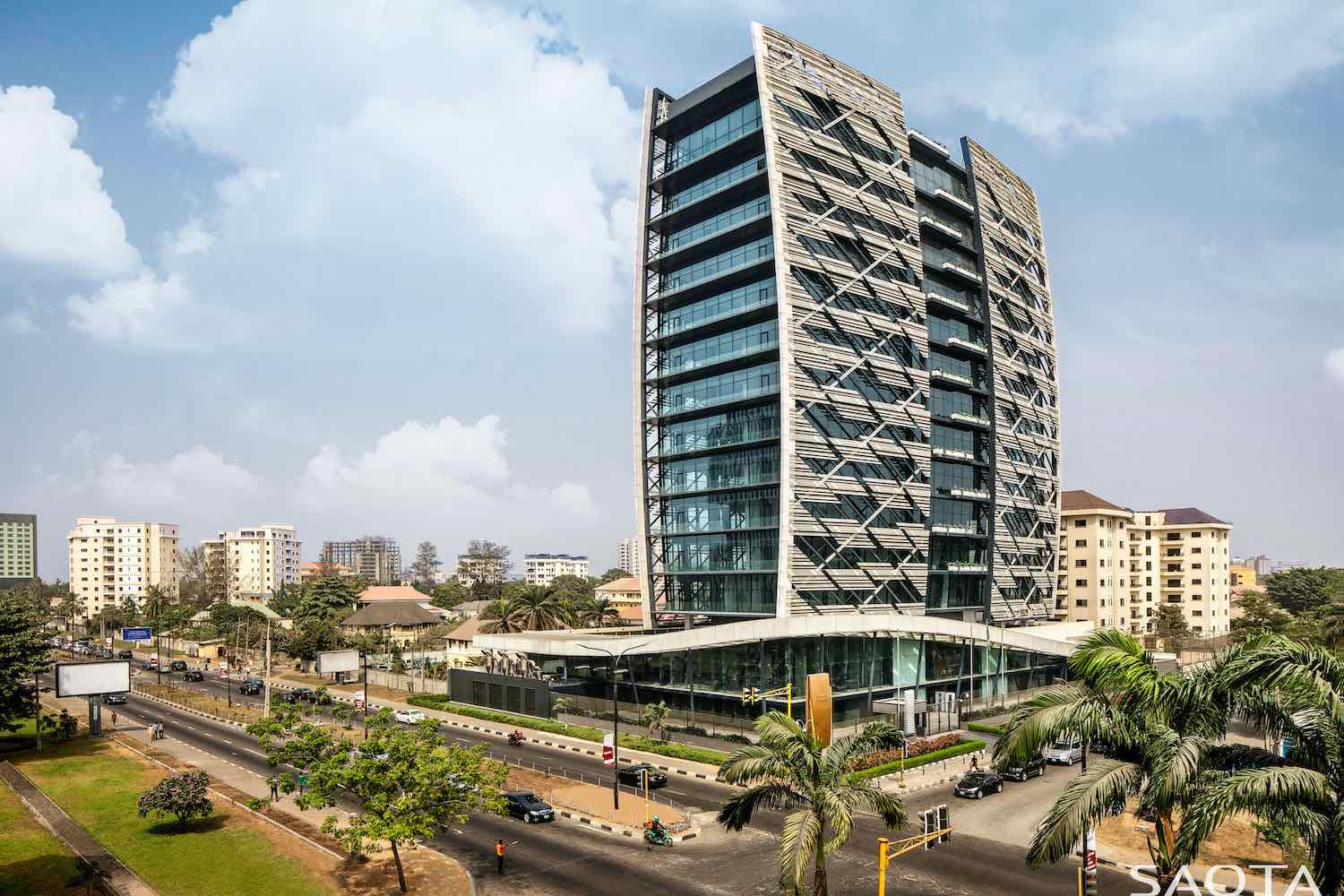 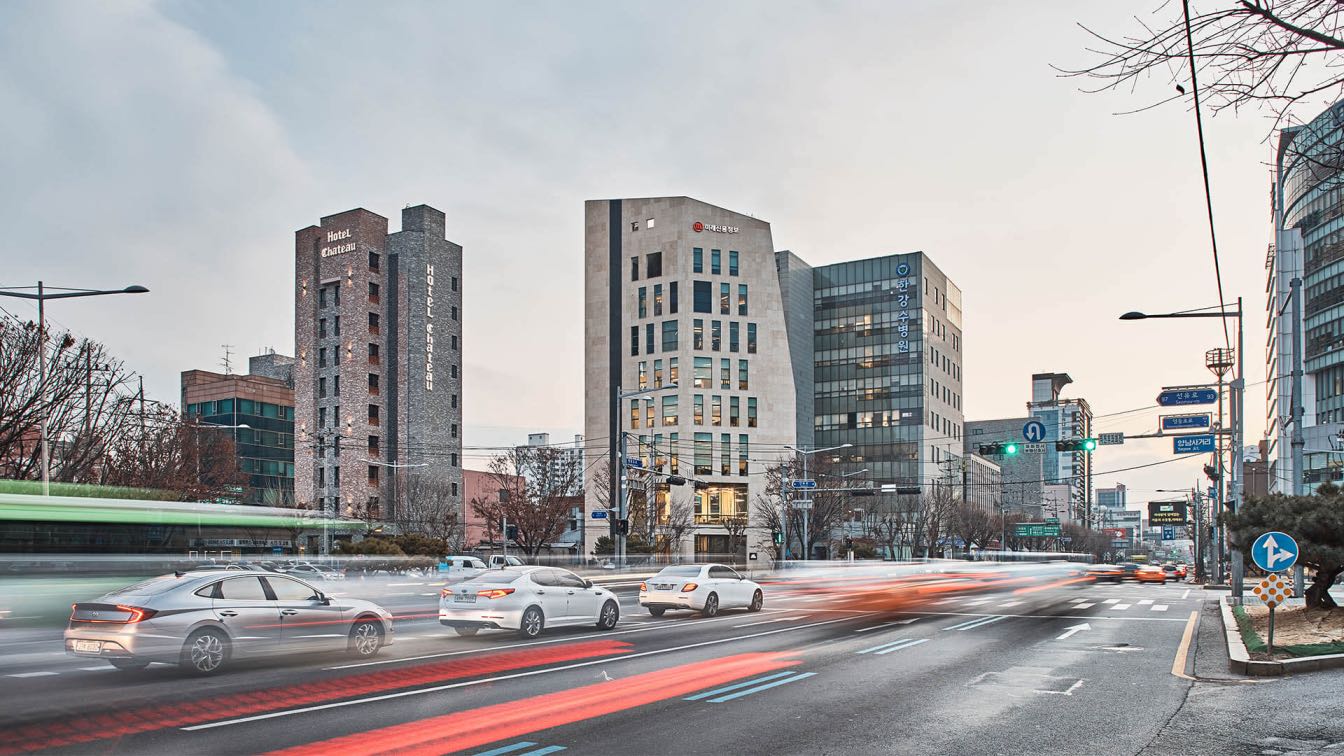 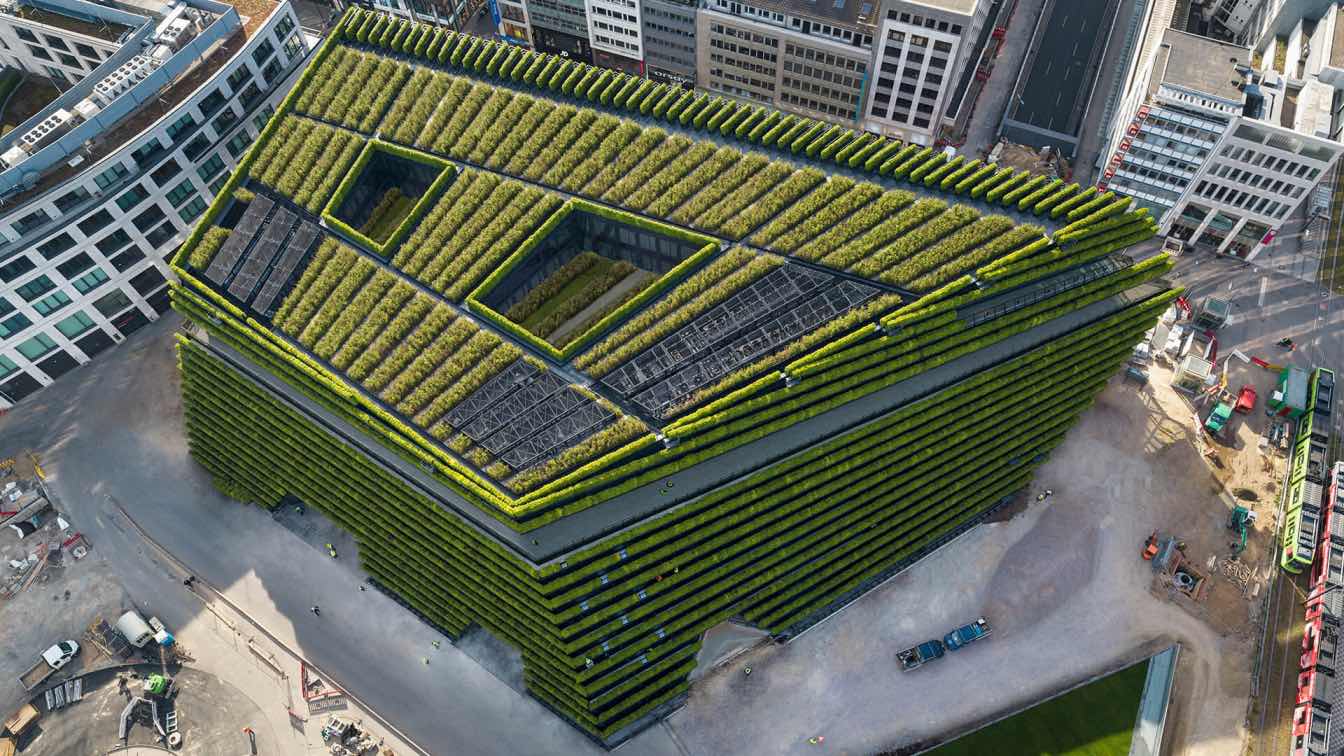 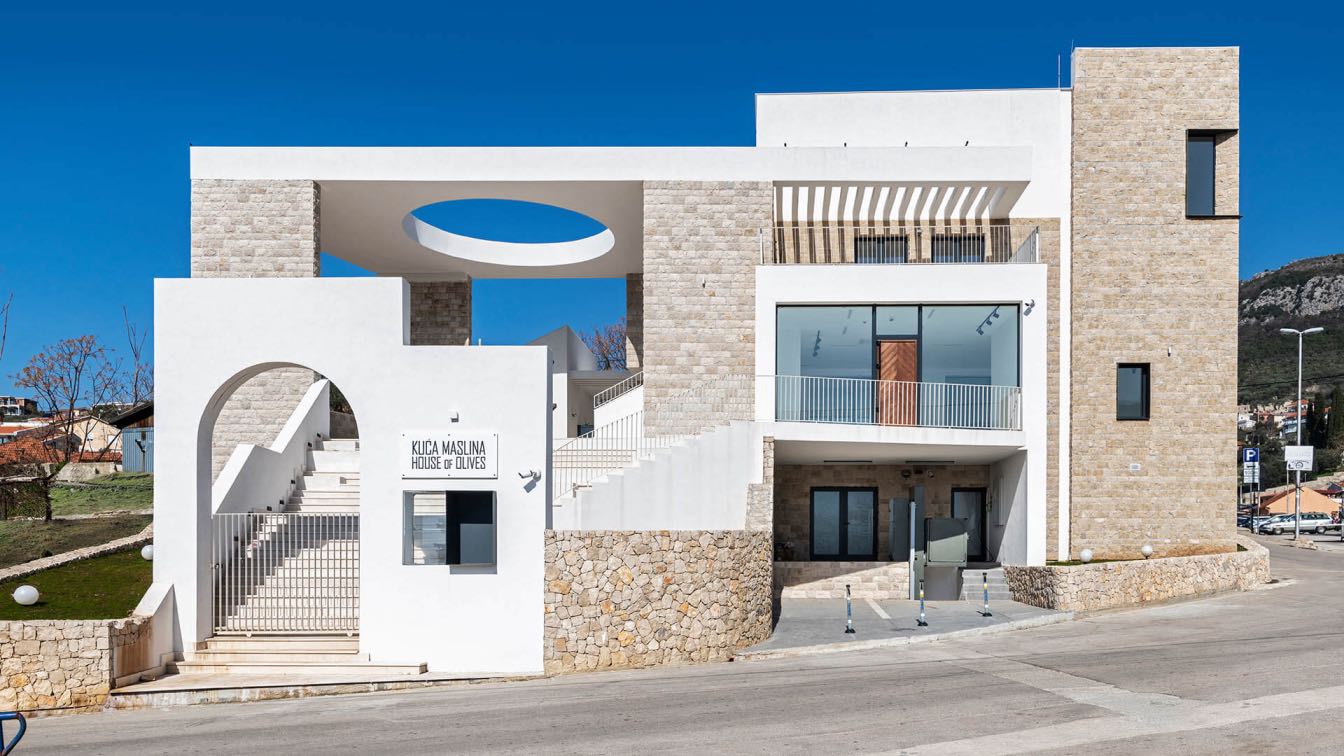 House of Olives in Old City of Bar, Montenegro by ARHINGinženjering