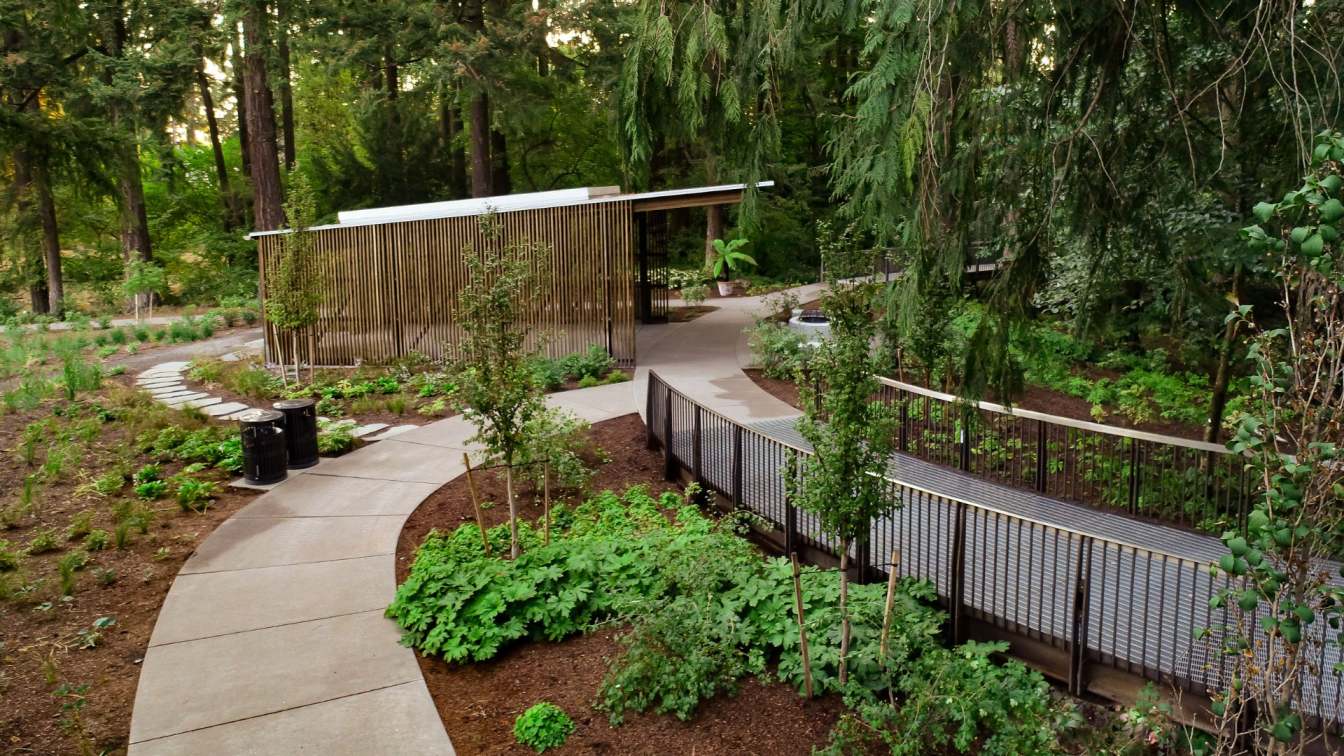 Beginning in 2015, Land Morphology led the development of a strategic master plan for Leach Botanical Garden, a 16-acre garden for the City of Portland Parks & Recreation. Located in southeast Portland, the multi phase Master Plan project will fundamentally transform the botanical garden.

Before the 1800s, native people hunted, fished, and camped along Johnson Creek, which bisects the property that now defines the garden. In the second half of the 19th century, the property was part of a sawmill furnishing lumber to build homes in Portland. In 1931, John and Lilla Leach acquired a portion of the property. John, a pharmacist, and Lilla, an accomplished botanist, devoted their energies to cultivating a private garden that showcased their fascination with plants. Wilbert Davies, who later became a notable California-based landscape architect, was retained by the Leach family to develop landscaping plans. The plans were only partly carried out, and following the deaths of the Leachs, the property was eventually gifted to the City of Portland.

Phase 1 focused on developing the upper garden and establishing connections between it and the lower, house and historic garden, garden. Work is organized into three principle activities: 1) Design Development and Entitlement Processes ; 2) Site Development Permits and Construction Documents for Upper Garden Development ; and 3) eighteen months of construction. The first phase is approximately seven acres. The project, led by a multi-disciplinary team under the direction of Land Morphology, included a wide range of consultants: Olson Kundig, as architects; twelve specialist subconsultants; the Leach Garden Friends; a 14-person Community Advisory Committee; and the City of Portland. This first phase defined a partial spatial framework for the garden and addressed the business plan, including implementation and funding strategies.

Integral to Phase 1 is a new system of trails that reorganizes the garden experience. Among the specific elements within the garden is a 400-foot-long aerial tree walk through a native forest of western cedar and Douglas fir overlooking the original Leach manor house and Johnson Creek; a series of three botanic collections (Pollinator Meadow, Woodland Hillside, Southwest Garden); later phases will include six display gardens, which include iconic physic, alpine, fen, and aquatic settings. Organized along cultural and ecological transects, the master plan preserves the founders’ legacy by carrying forward their commitment to environmental stewardship through new and expressive forms.

The half-acre Pollinator Meadow features 240 unique taxa or different plant varieties. The Pollinator Meadow will provide an ecology to attract pollinating insects and birds to be viewed and interpreted for visitors. The plan also outlines schematic design for site improvements and infrastructure, such as all utilities for future phases, stormwater management, parking, and new structures, which include restrooms and a fireside terrace used for events. The Fireside Terrace is an open structure with a solid roof with views out to the tree walk. The Terrace includes a large fire feature and be used for classes and rental opportunities.

“The Master plan captures ecological and cultural values that will be an asset to Southeast Portland. It will educate visitors while serving as a regional attraction for Portland residents—not to mention the benefits to local tourism,” notes Richard Hartlage, Land Morphology founder and Principal in charge of the project.

“It is exciting after all of the collaboration, hard work, visioning, and hurdles to see implementation of Phase 1 development for the Upper Garden. Perfectly aligned with the new development happening in Southeast Portland, Leach Garden is an exciting opportunity to celebrate the new, reconnect with the past, and provide momentum for the future,” notes Lindsey Heller, Land Morphology’s Design Principal and Project Manager.

“Your [Land Morphology’s] demonstrated excellence and innovation with design and branding solutions, and your effective business plan with its implementation and funding strategies have created a broad but achievable vision for Leach Garden. Your experience with botanical gardens has been immensely helpful to shepherd the Project through critical decision points.” - Lauren McGuire, Capital Project Team Manager and Ross Swanson, Project Manager, Portland Parks & Recreation.

“The master plan you [Land Morphology] crafted will generate excitement while providing a clear road map to the construction of the facility, which will service the local and regional community for years to come.” - Portland Parks 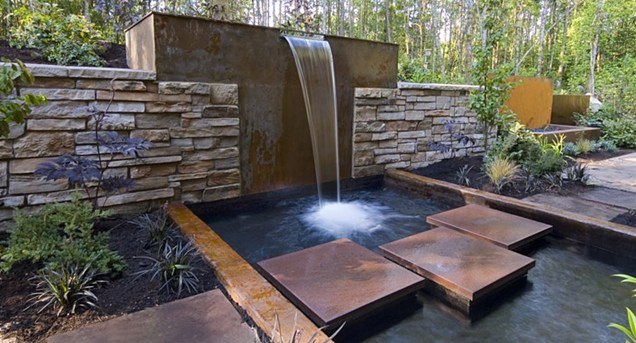 Should You Add An Outdoor Fountain To Your Garden?