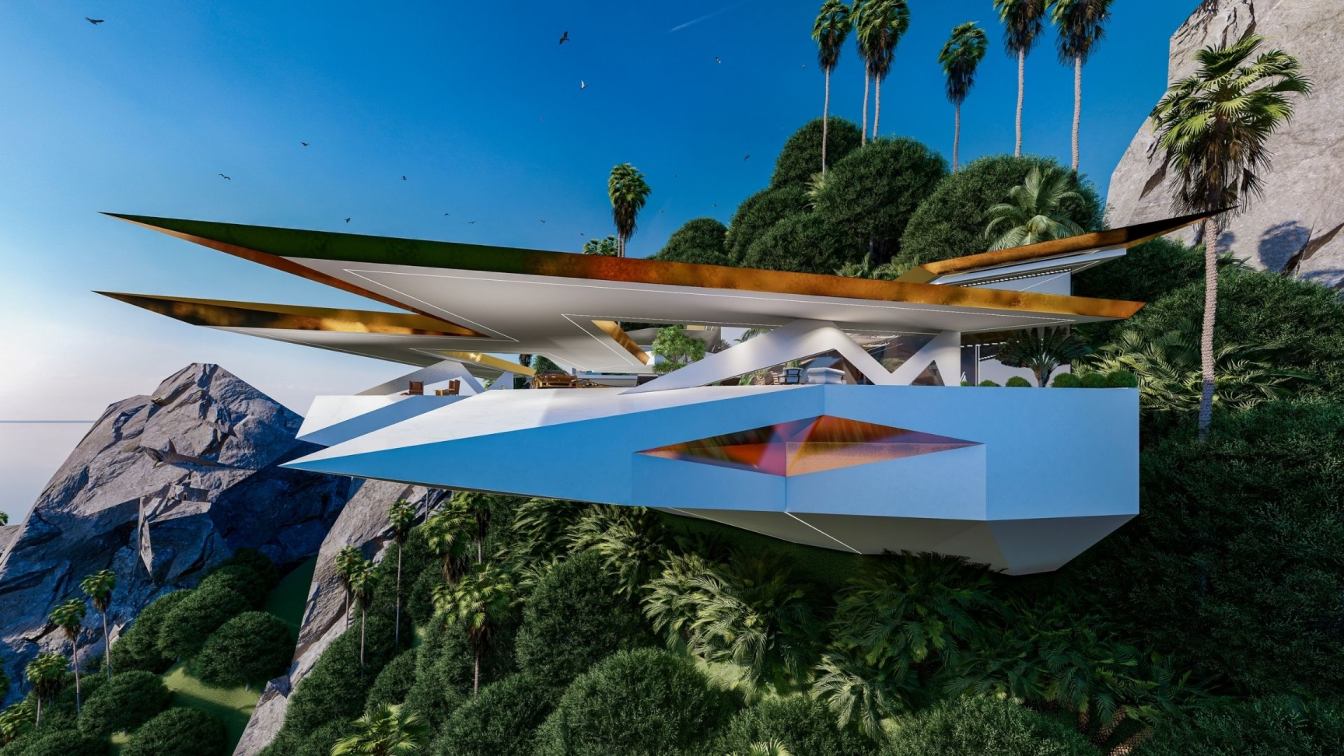 Veliz Arquitecto: Metamansion MM is a project that adapts to the cliff through a well-defined contrast due to its shape, adapting to this hill, weaving a structure that connects at this point, it is based on the metamansion nft keys collection under the concept of a futuristic and immaterial architecture destined to the new world of the metaverse, its form based on the experience between mixing nature and a futuristic building that creates a great contrast between both, recreating a new experience in architecture and design, as well as spaces that have a relationship between luxury and the contrast of its environment in addition to the constant play between forms and framing points through artificial light, this design in particular tries to represent codes that are very attached to nature and capture codes that refer to it, generate an architect with a focus on the future it is also a gesture of this work specifically to be visited through a digital medium. 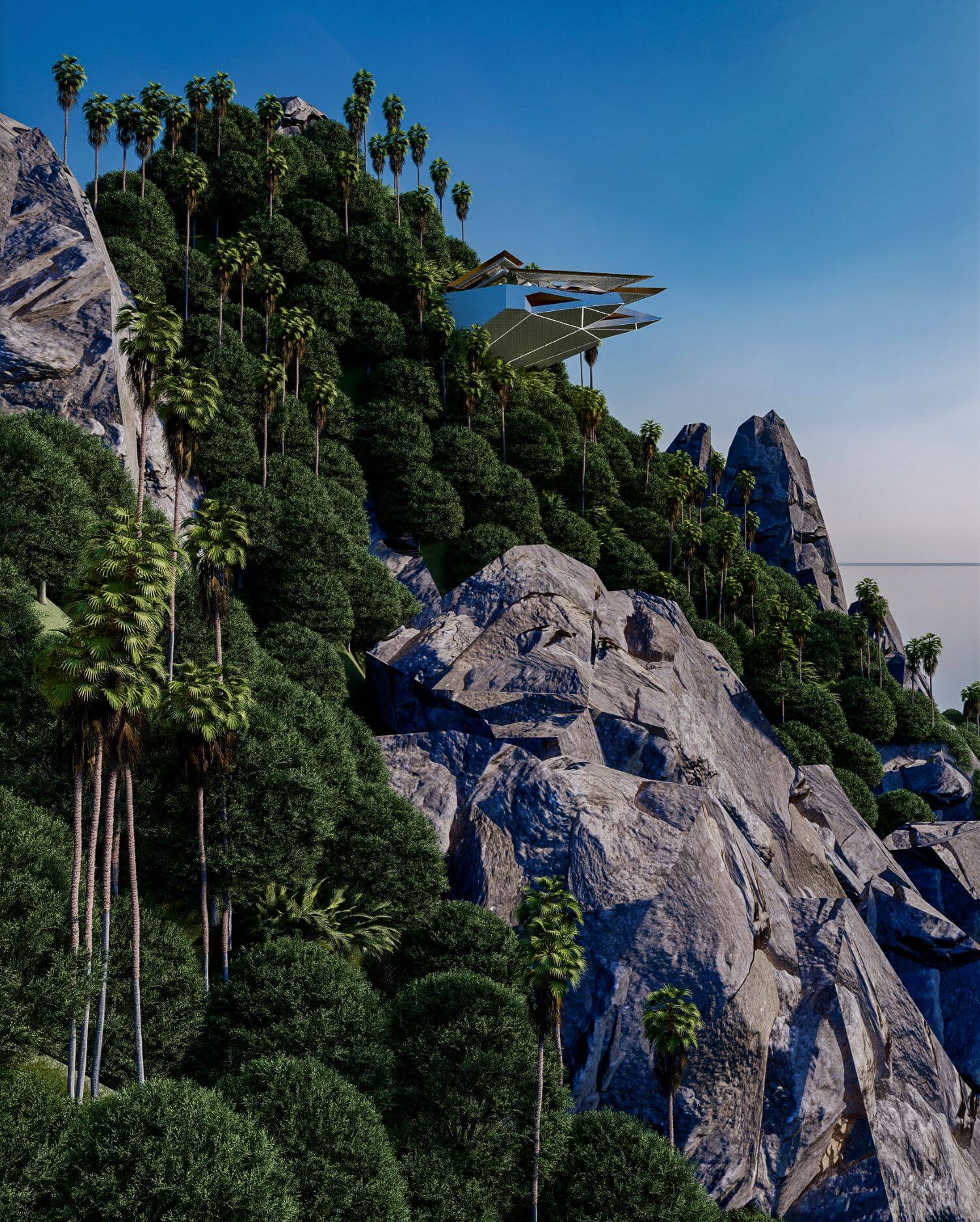 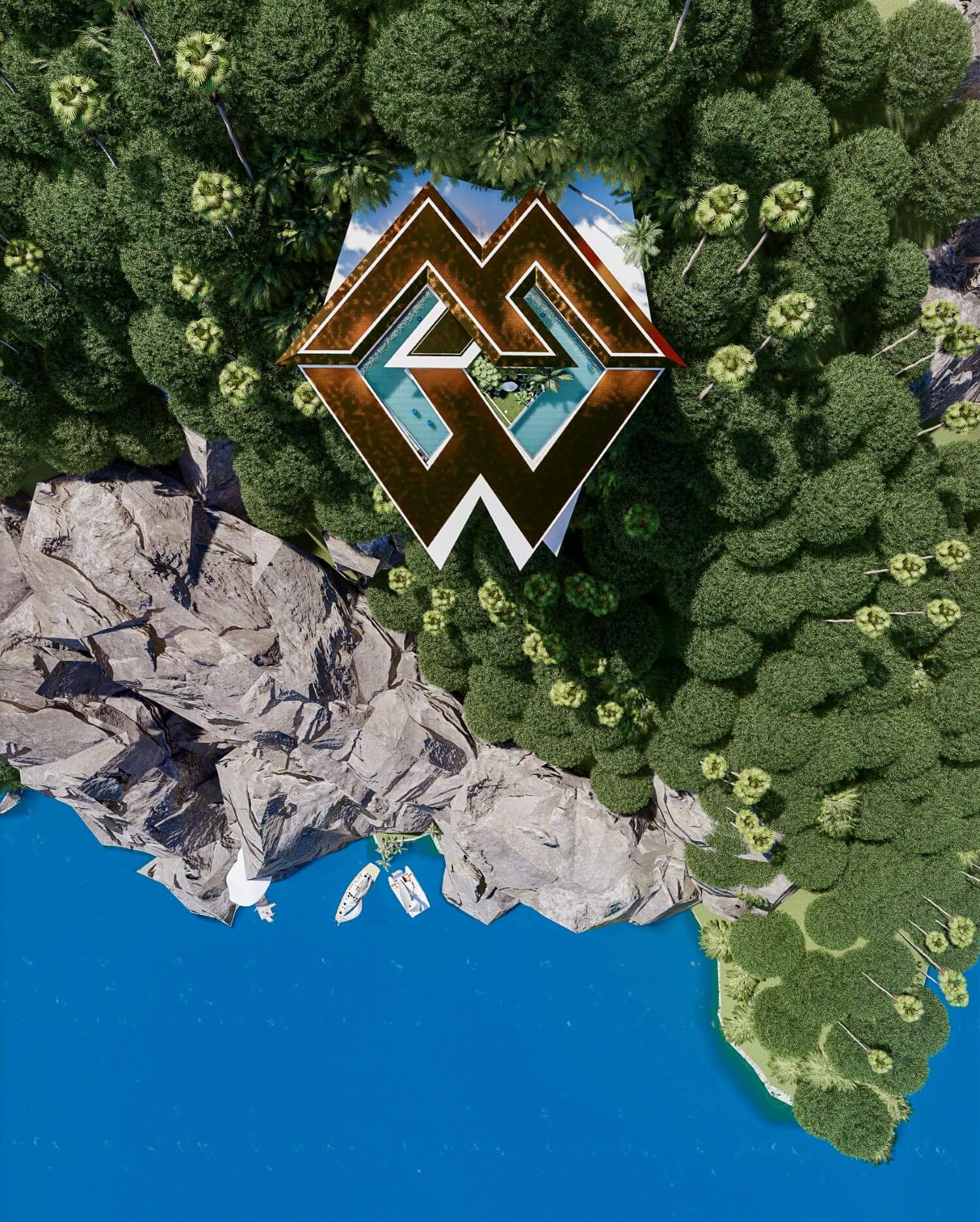 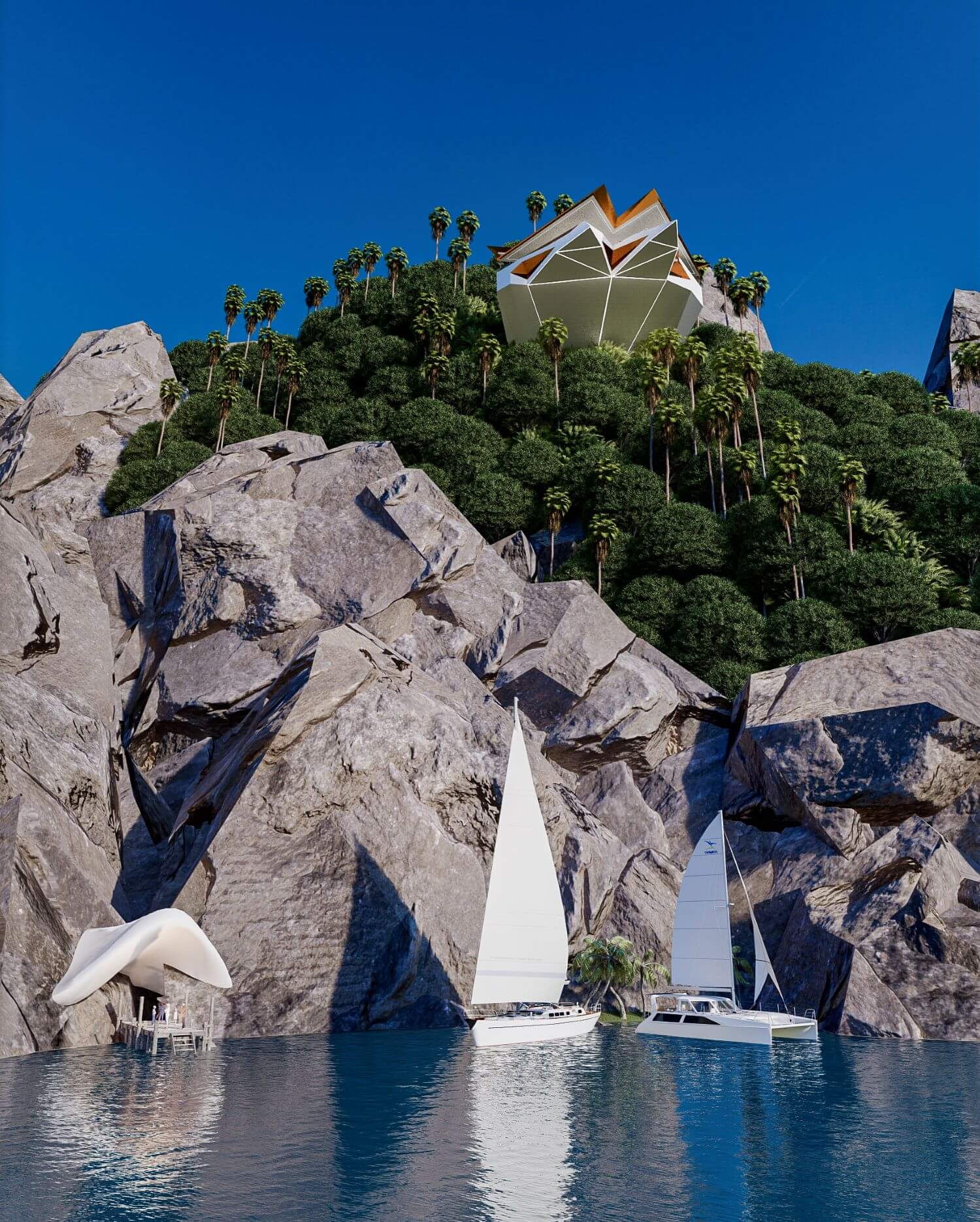 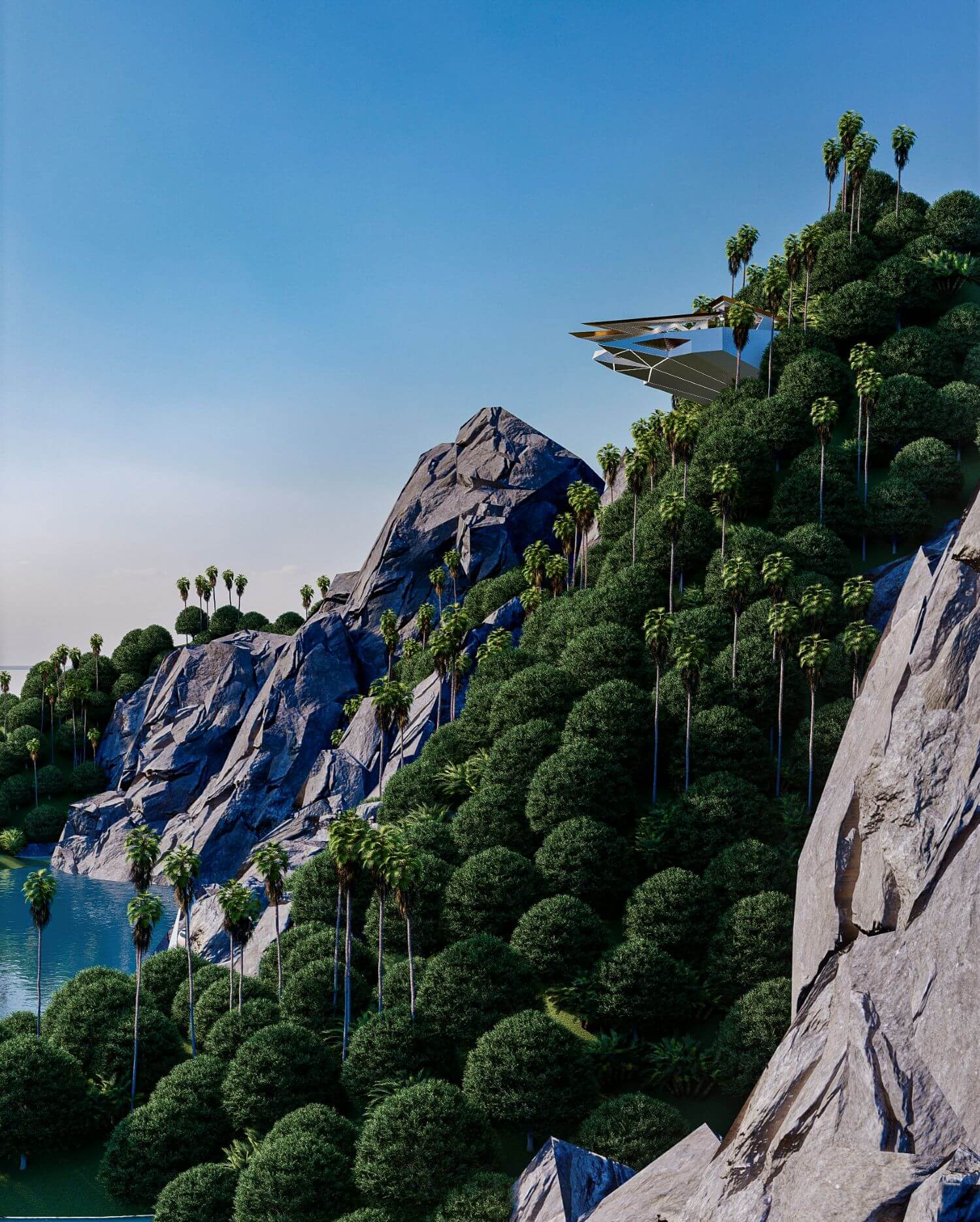 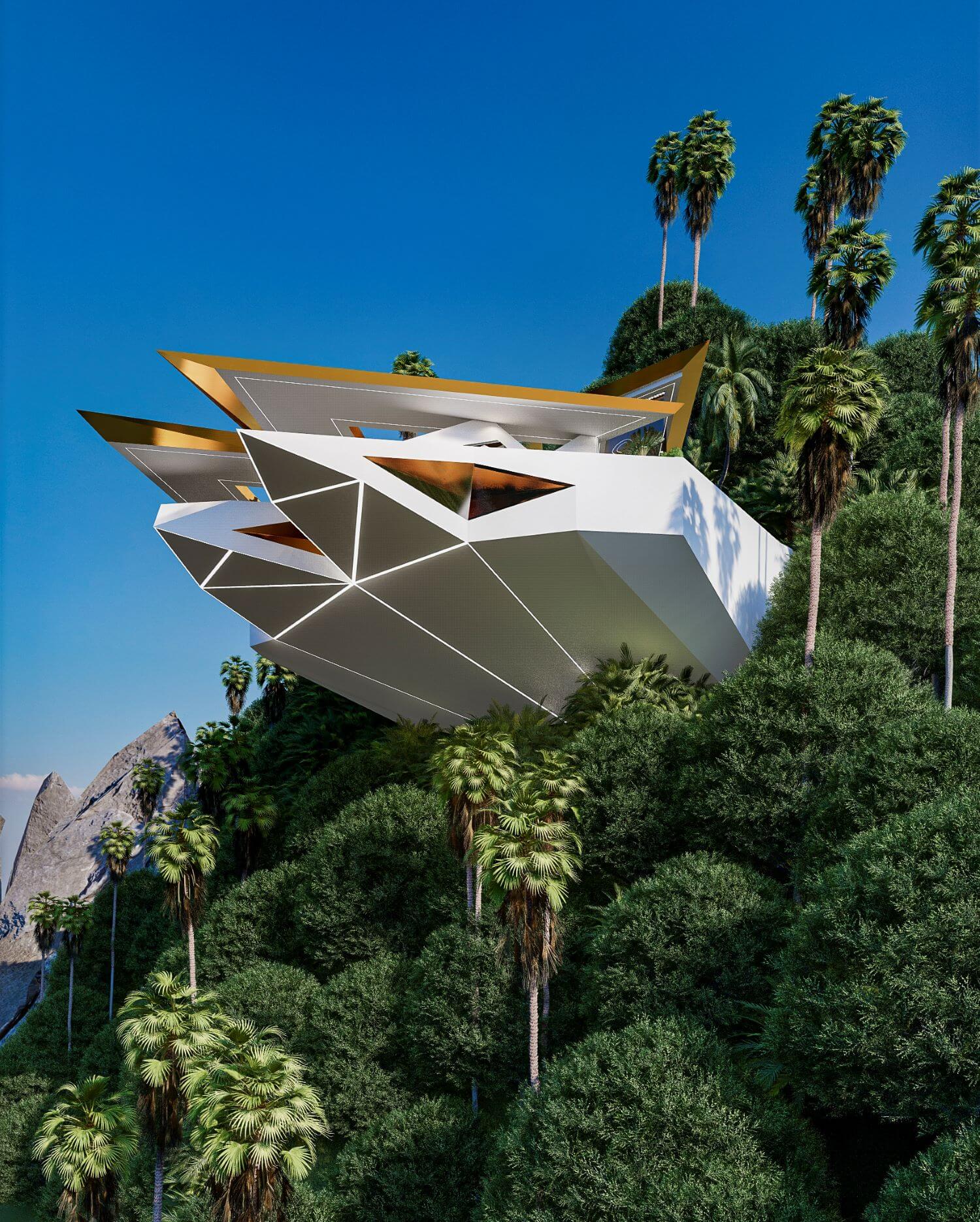 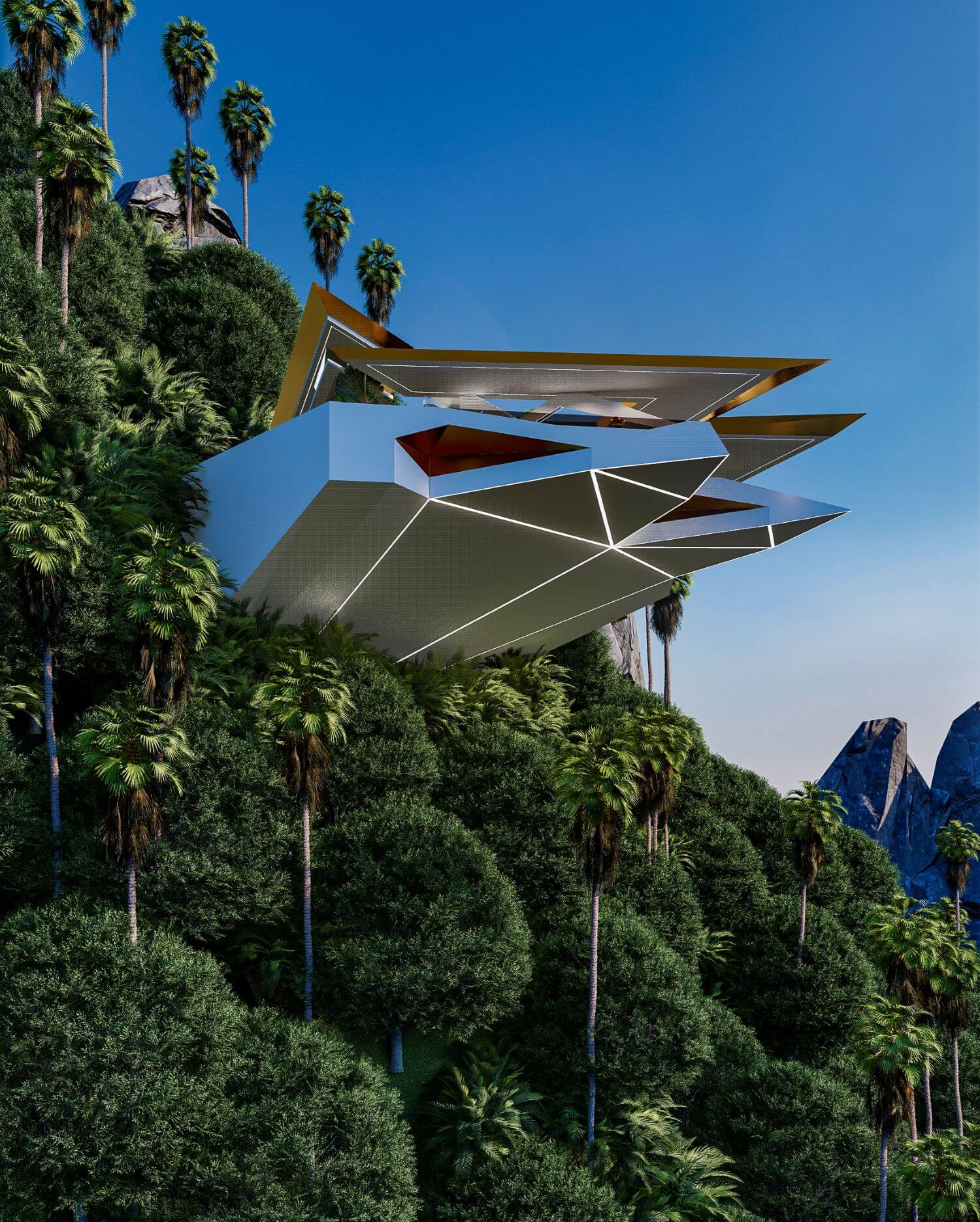 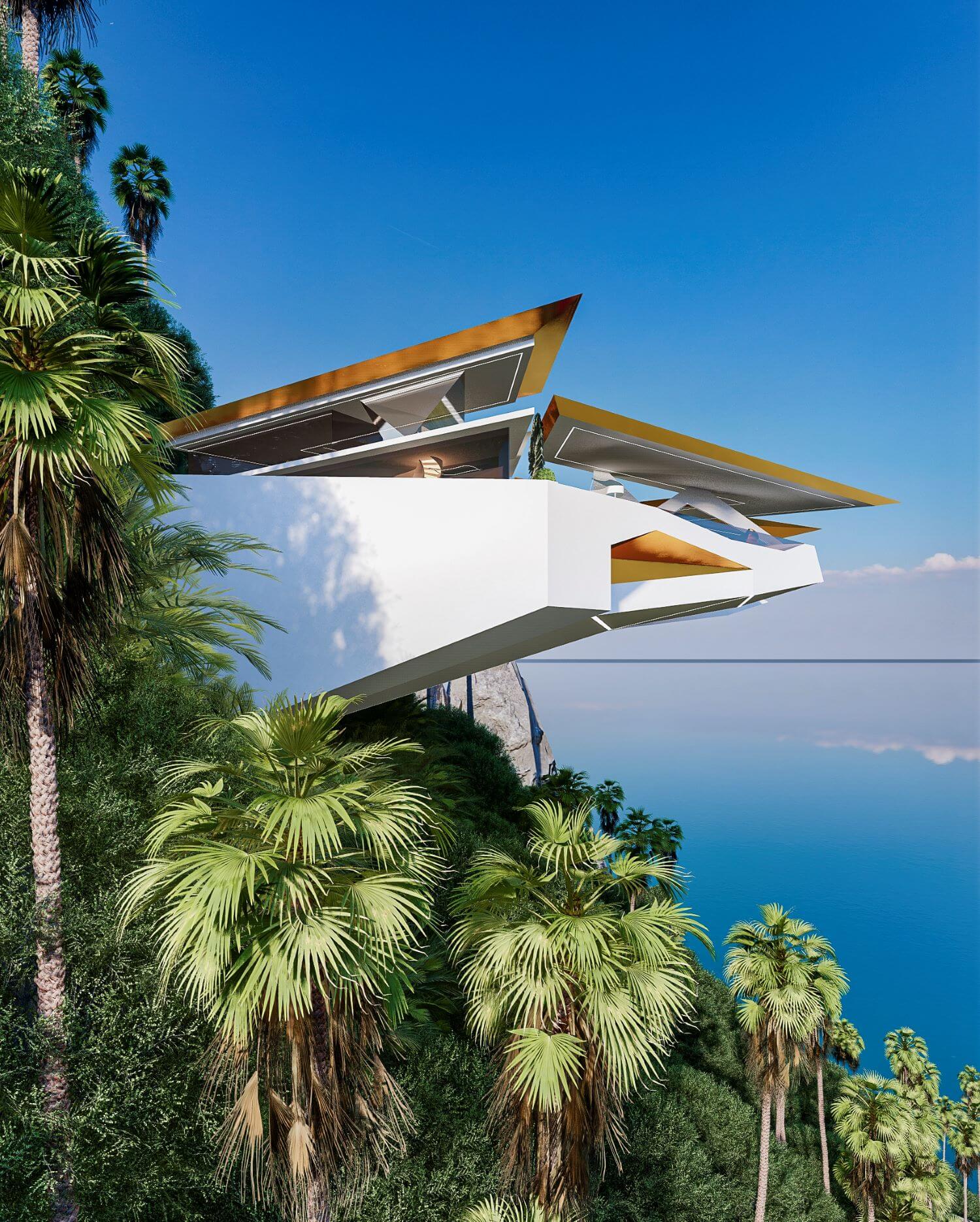 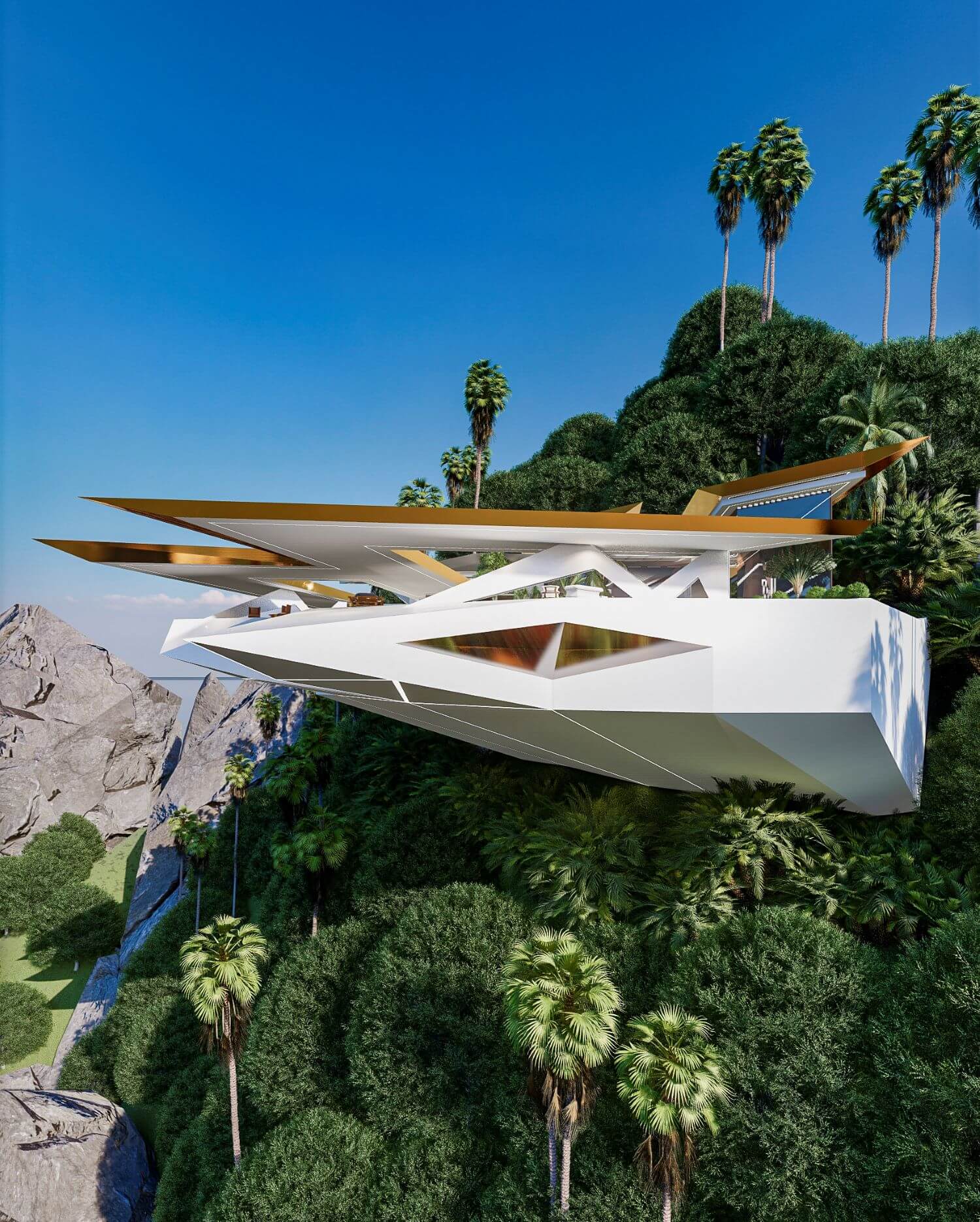 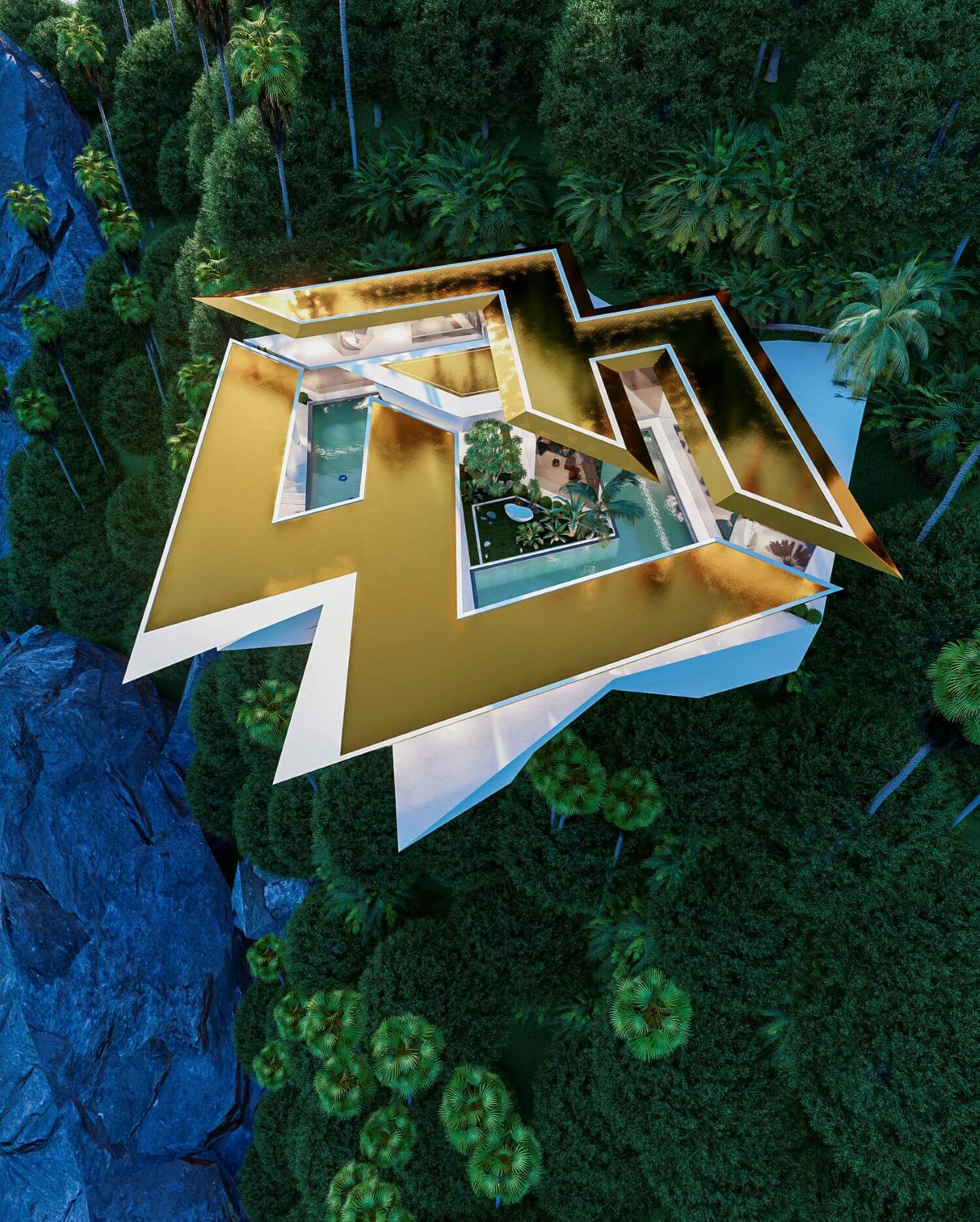 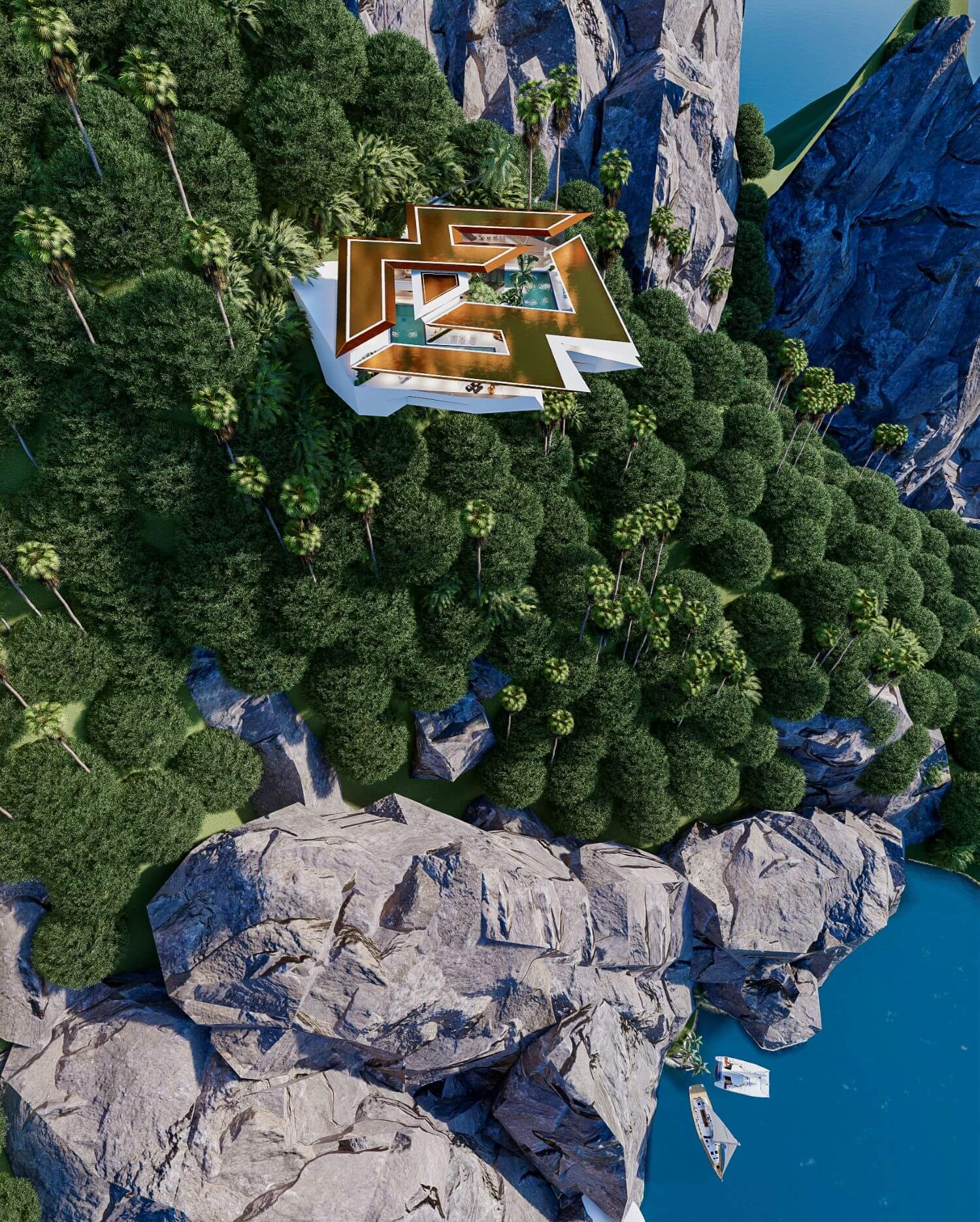 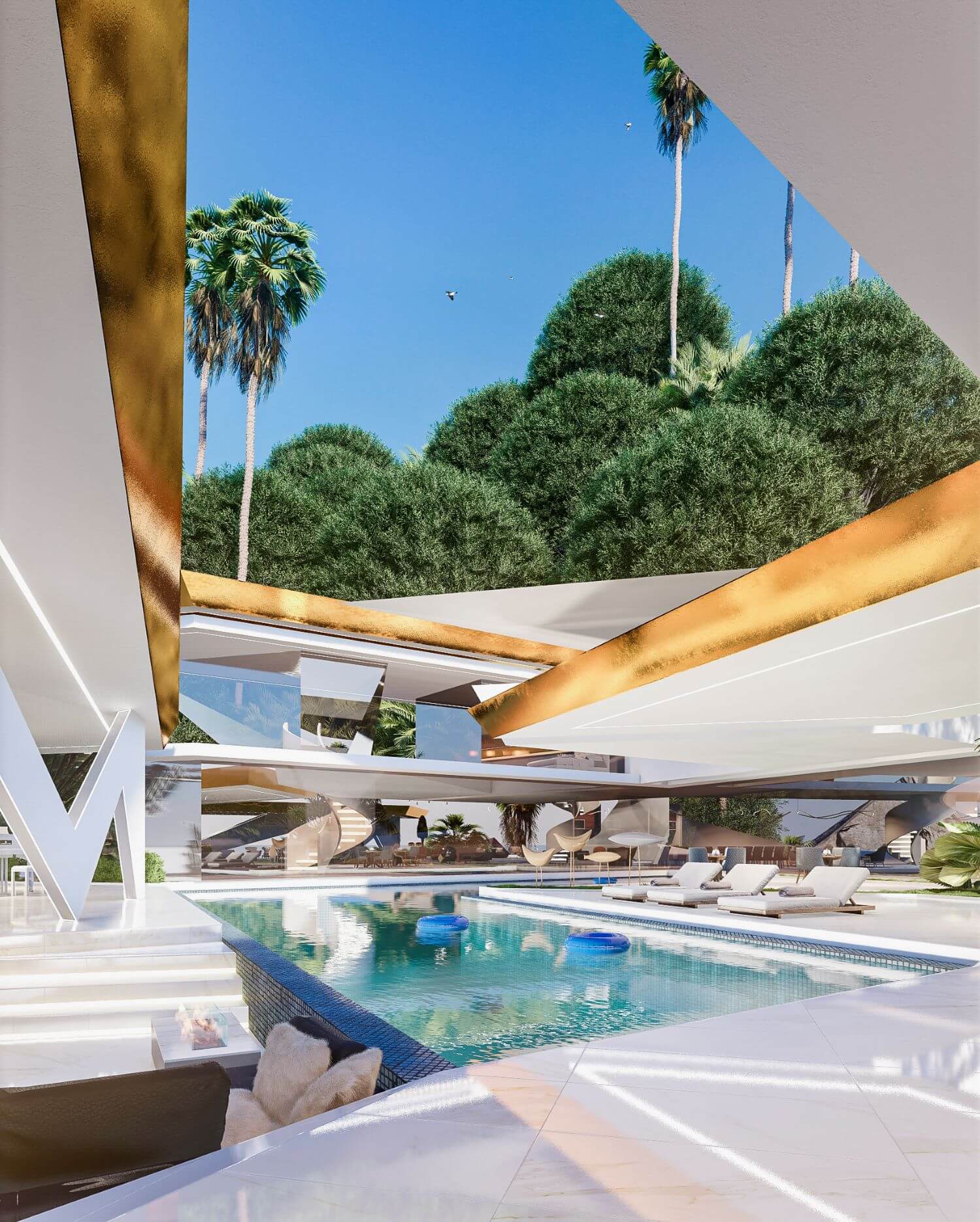 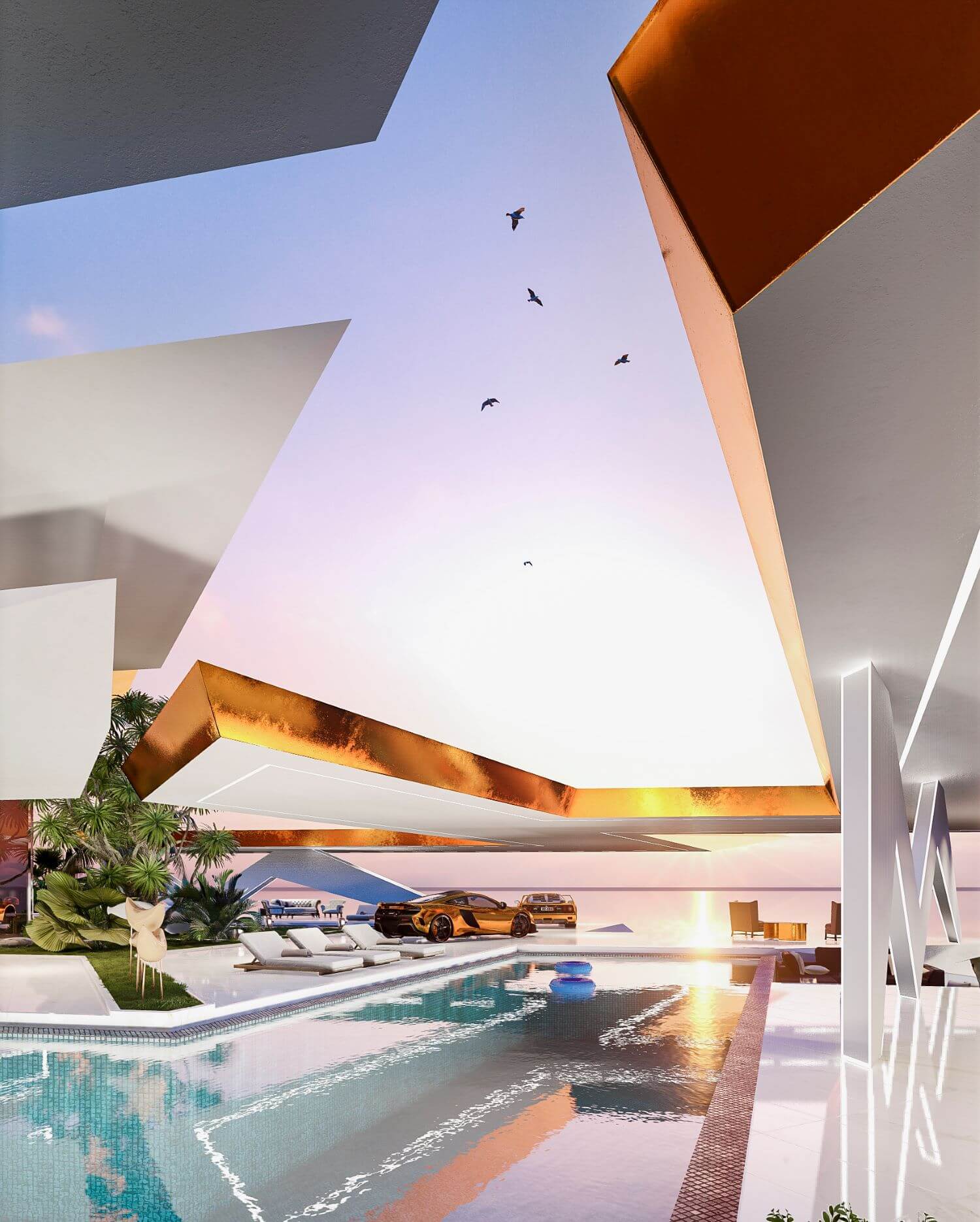 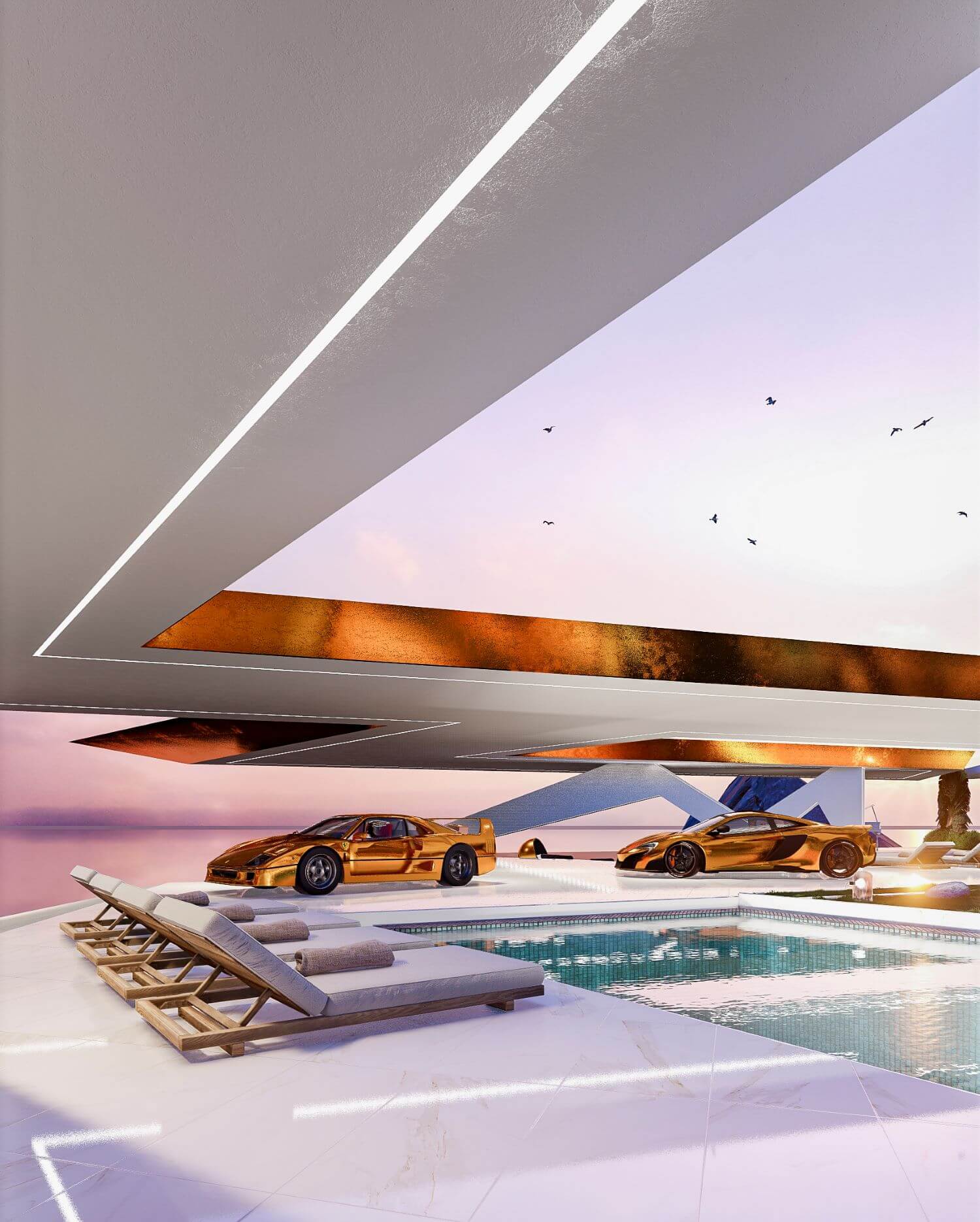 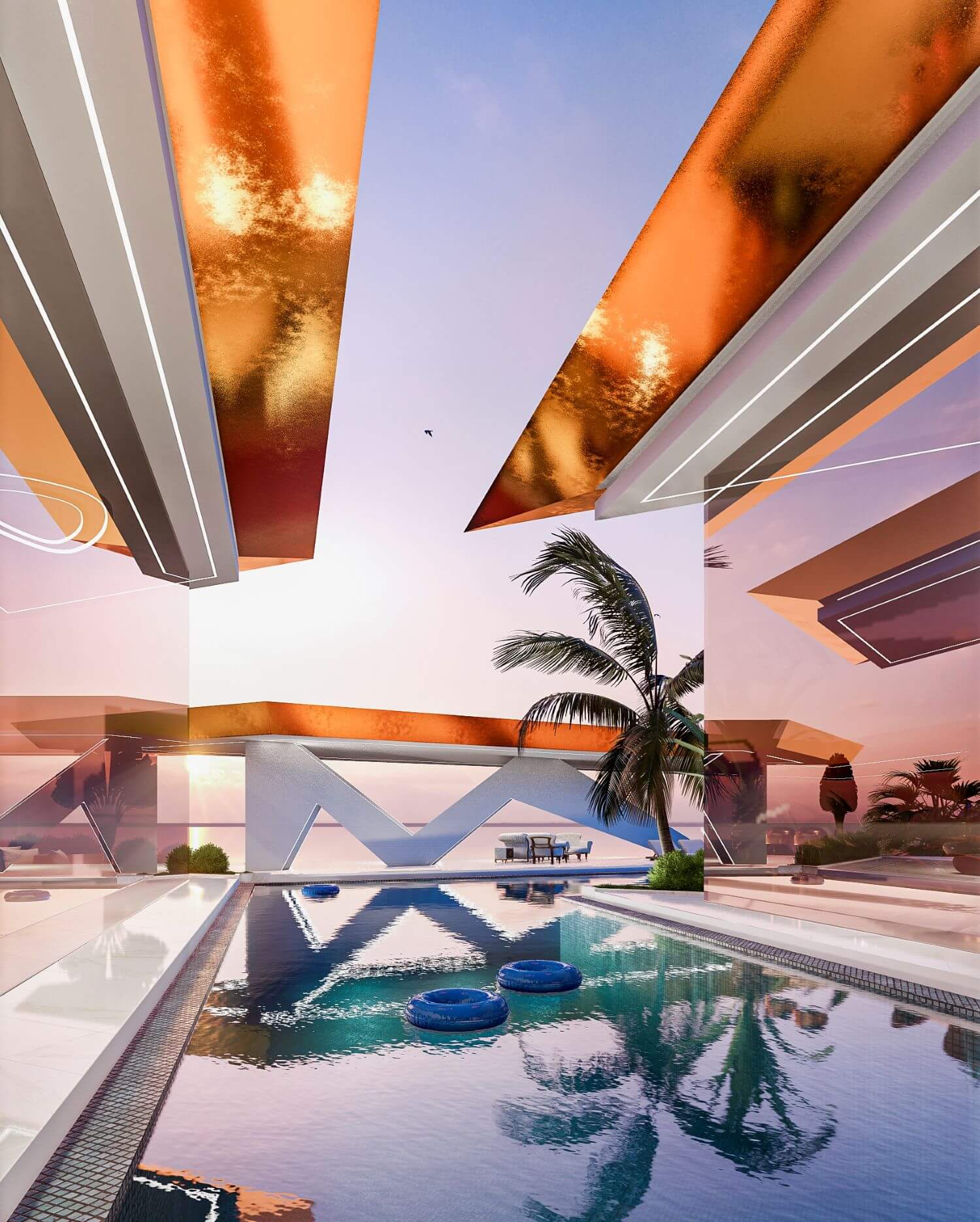 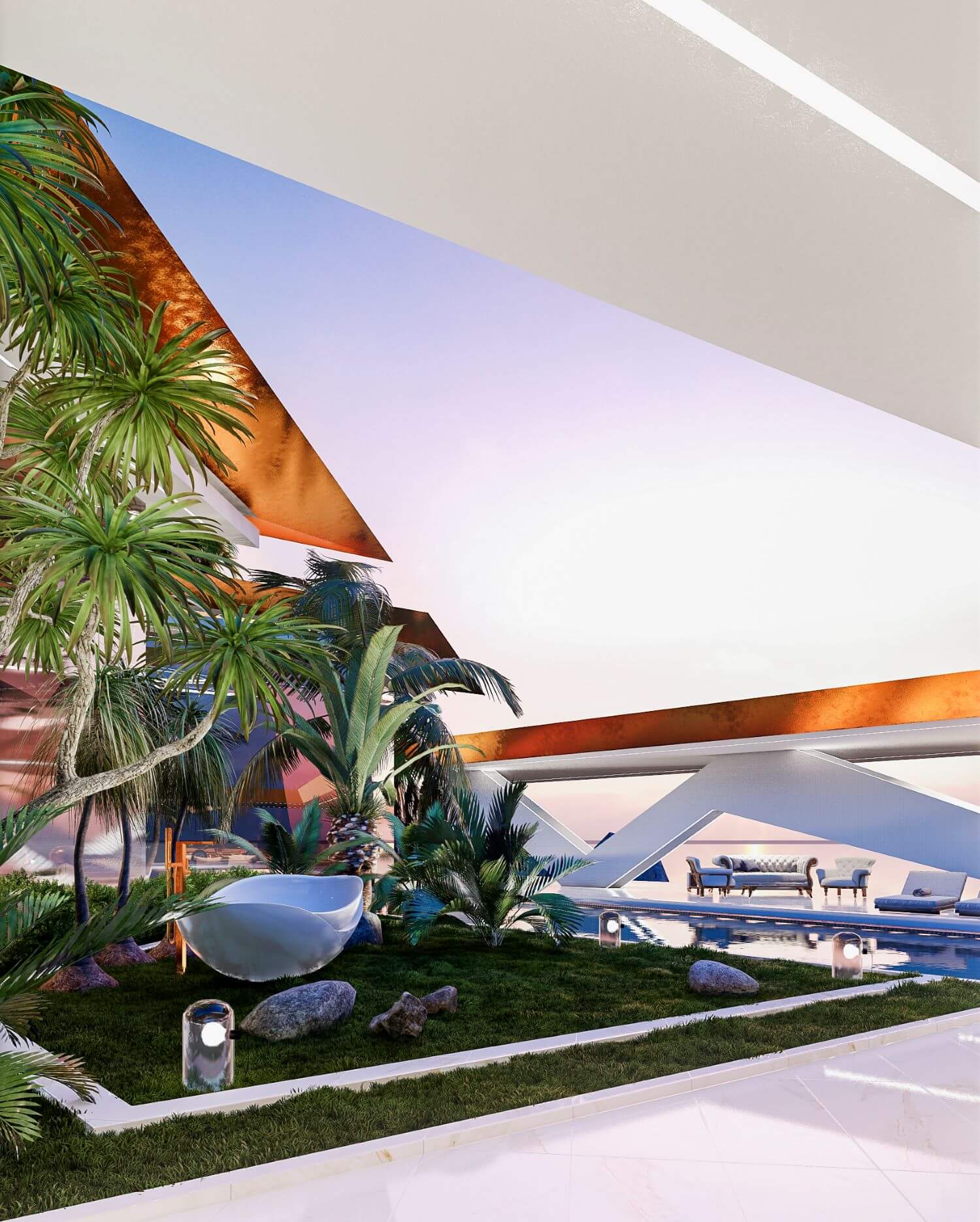 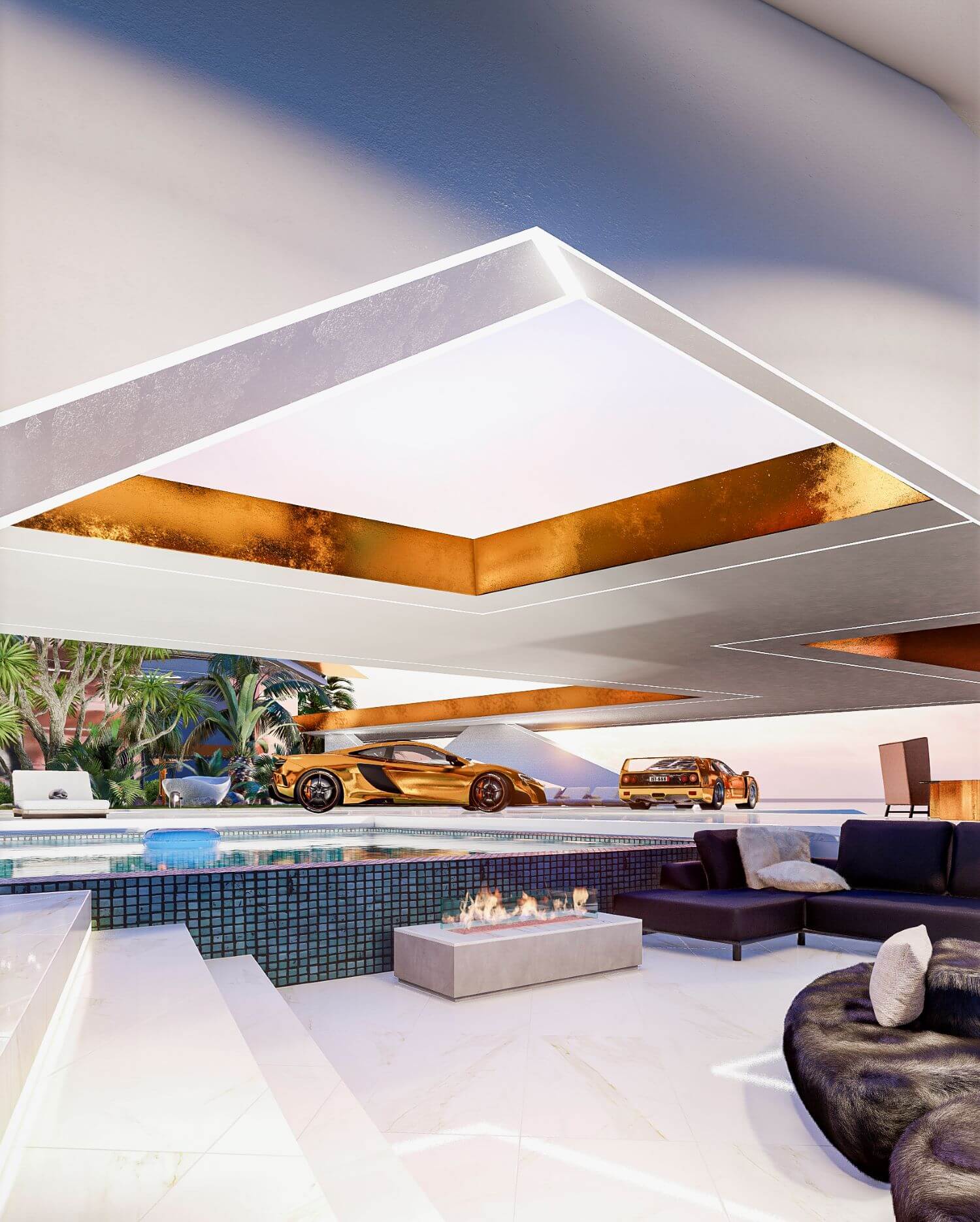 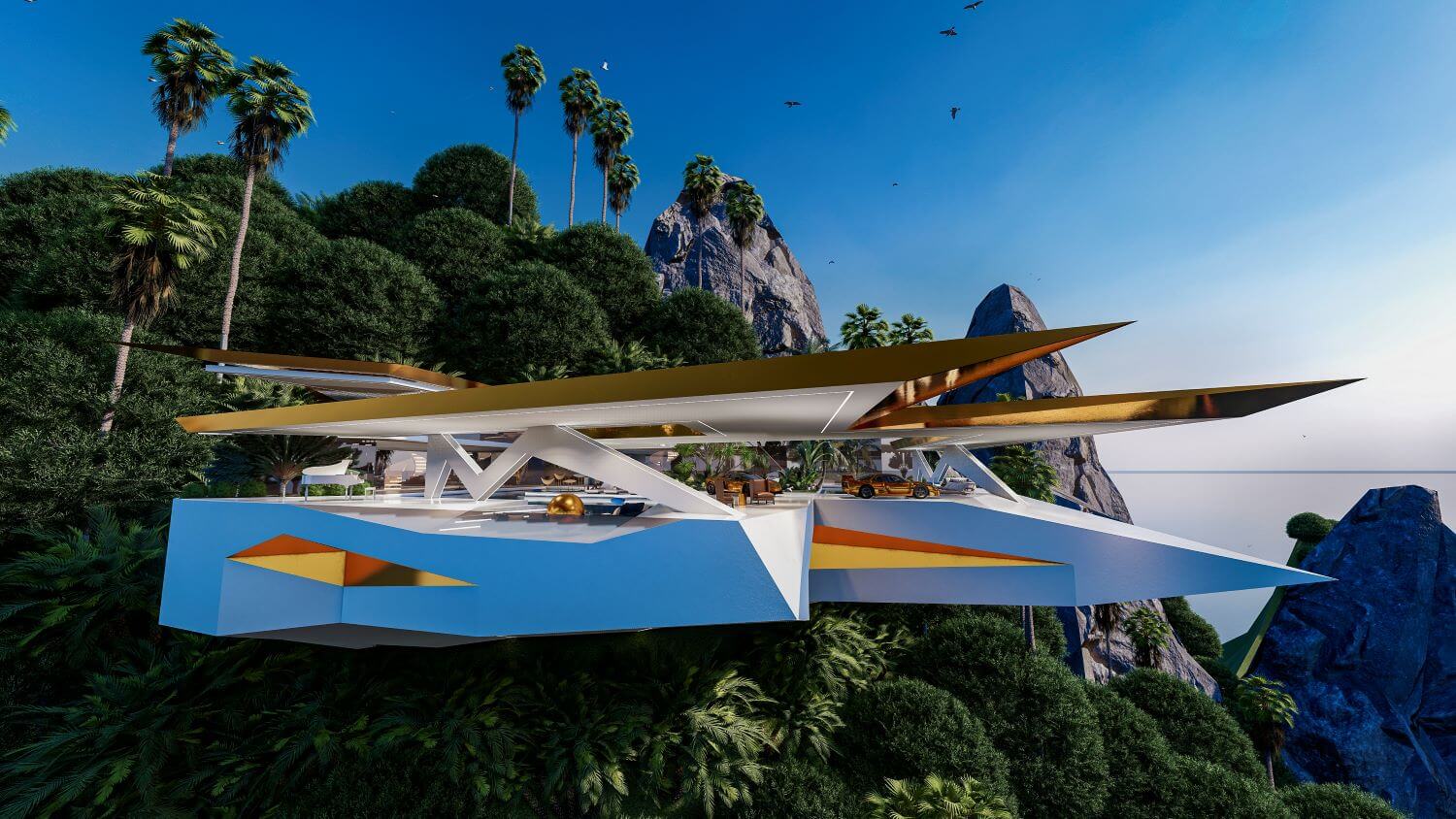 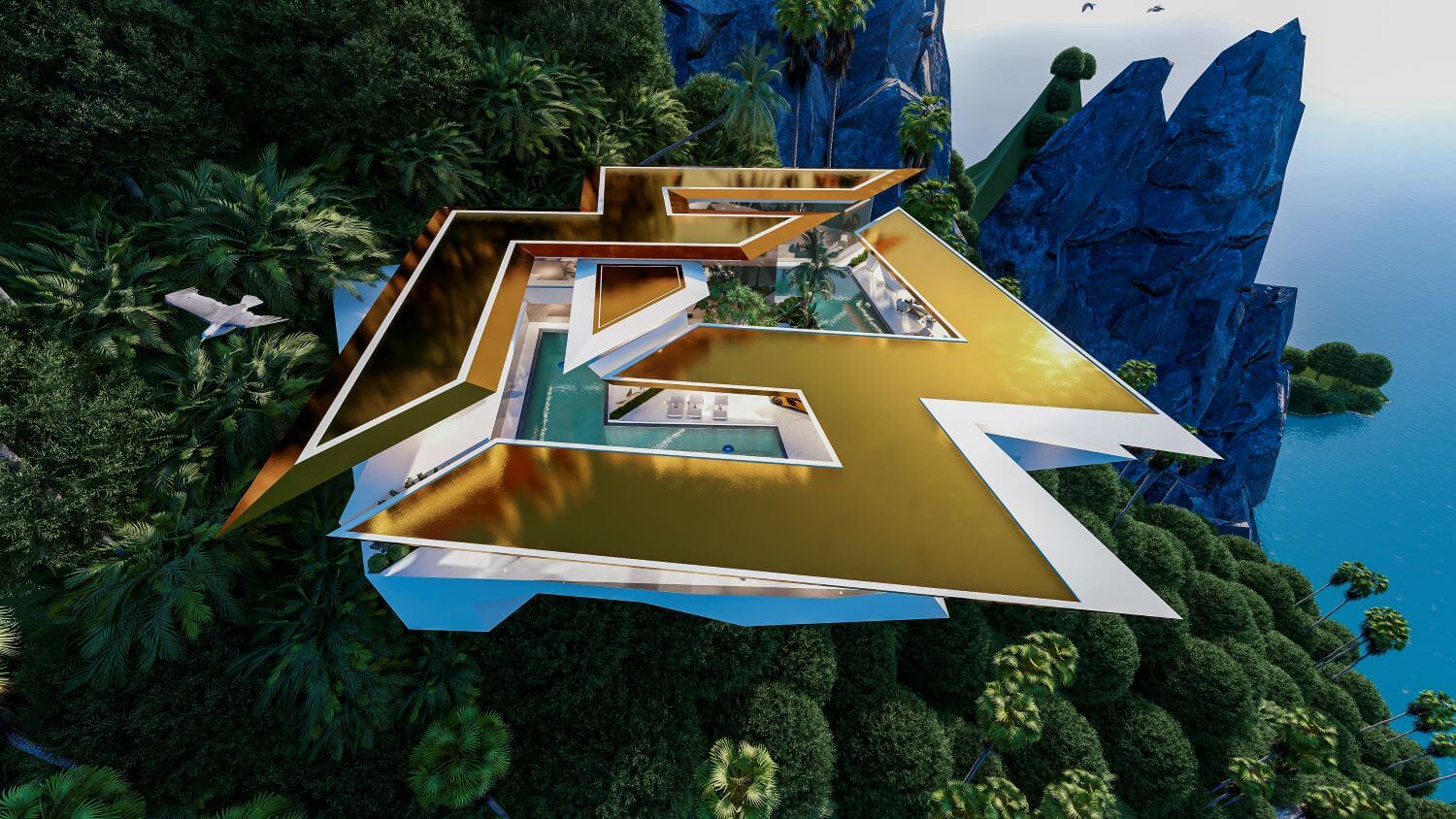 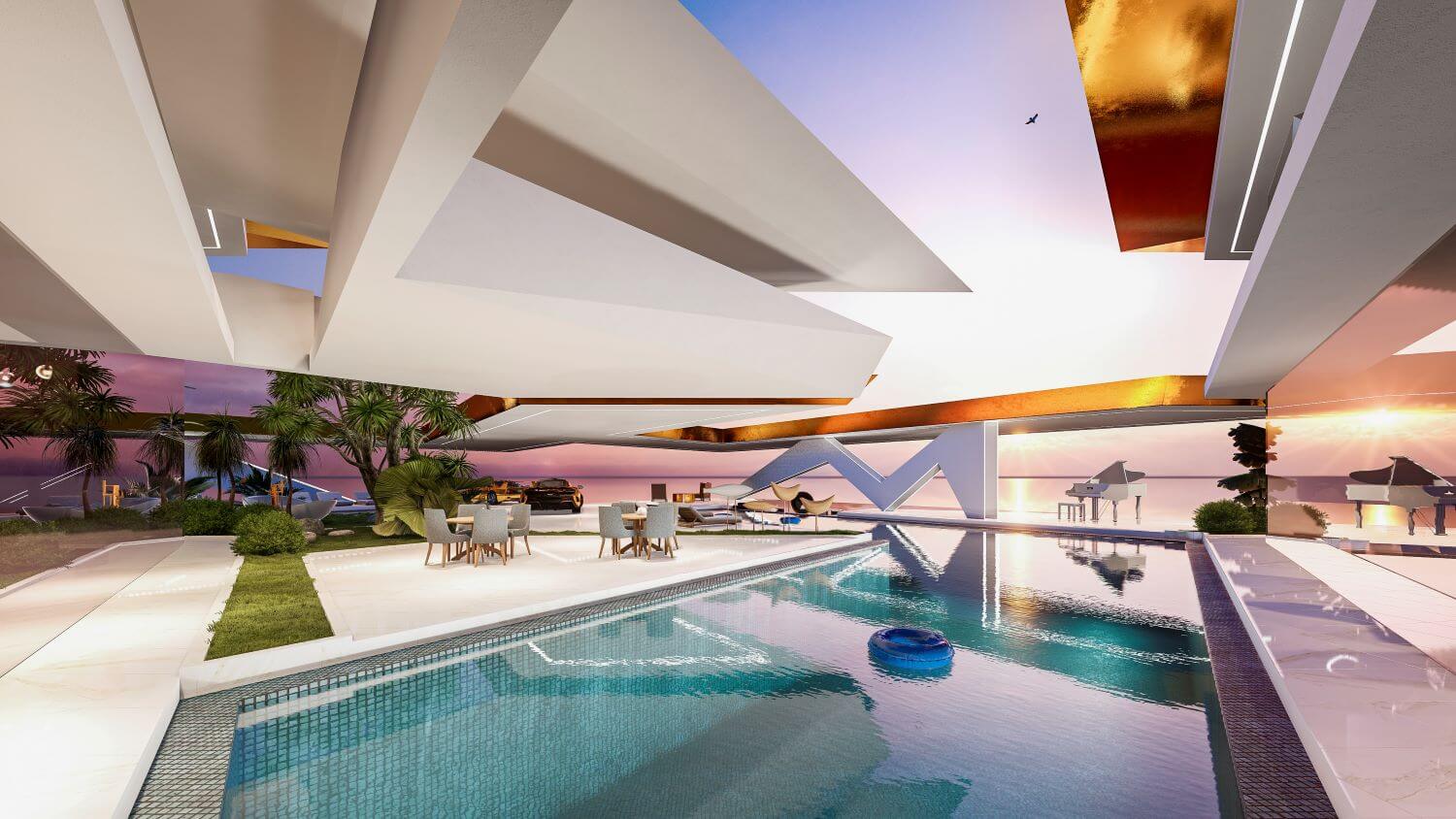 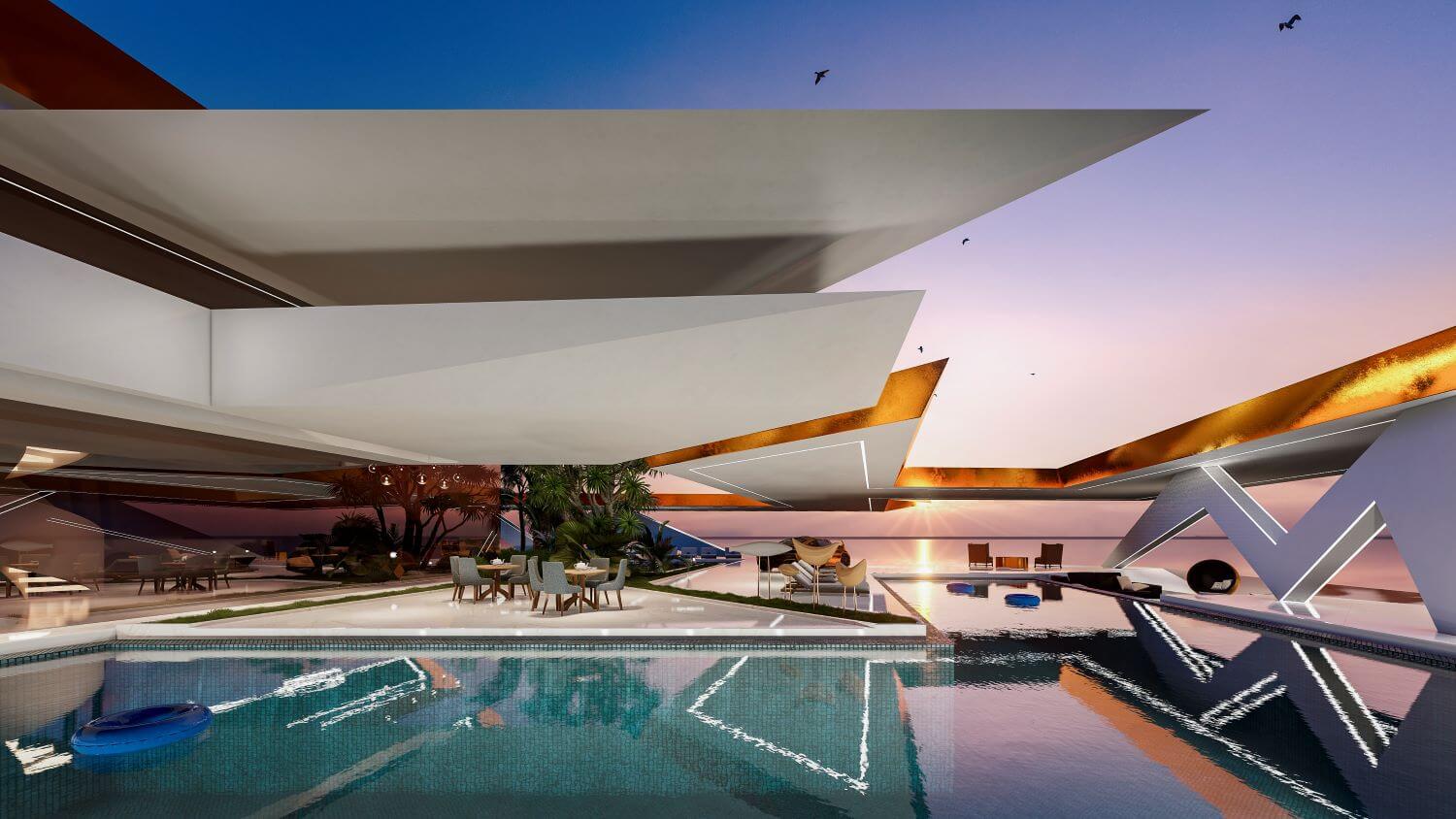 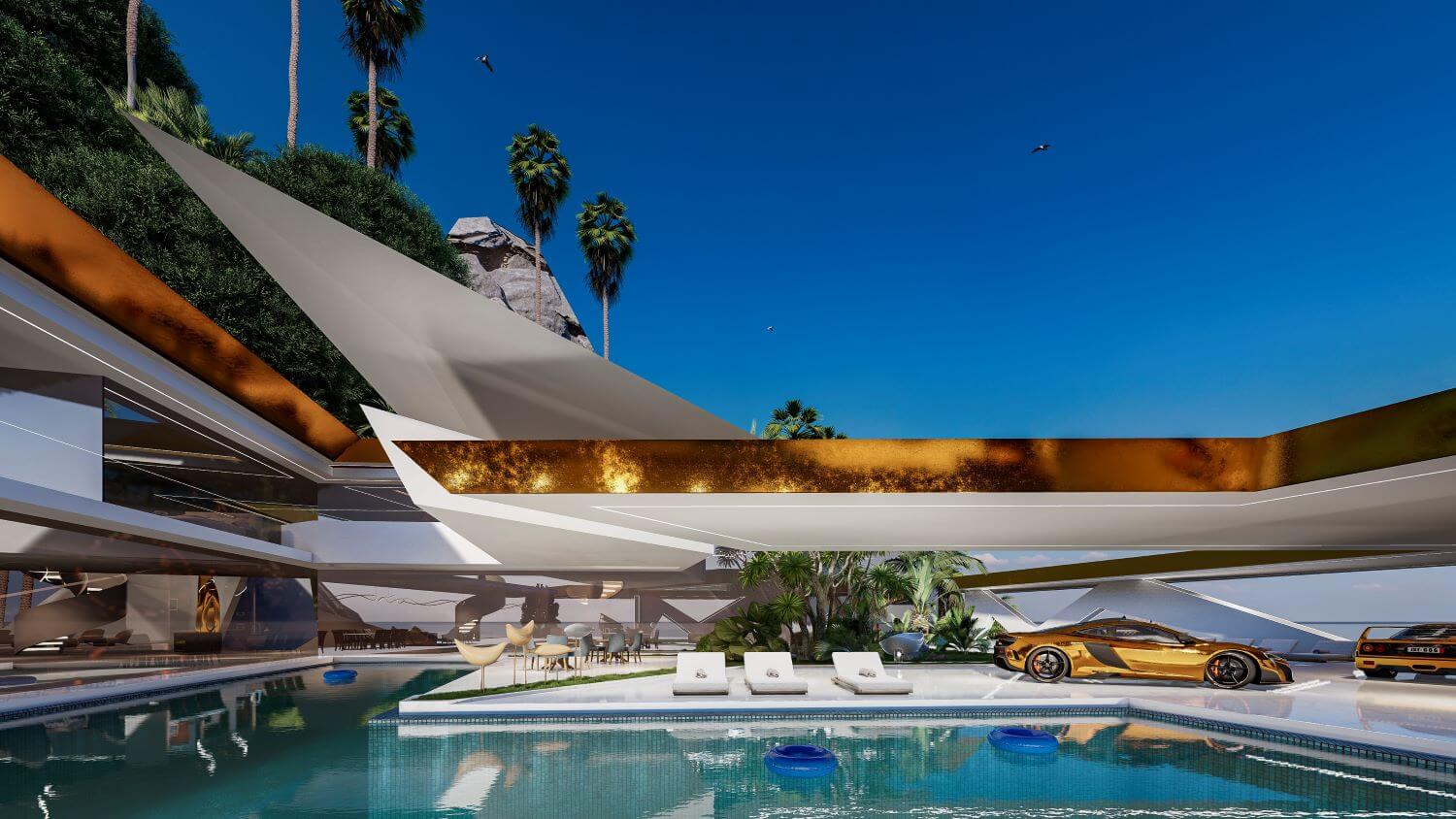 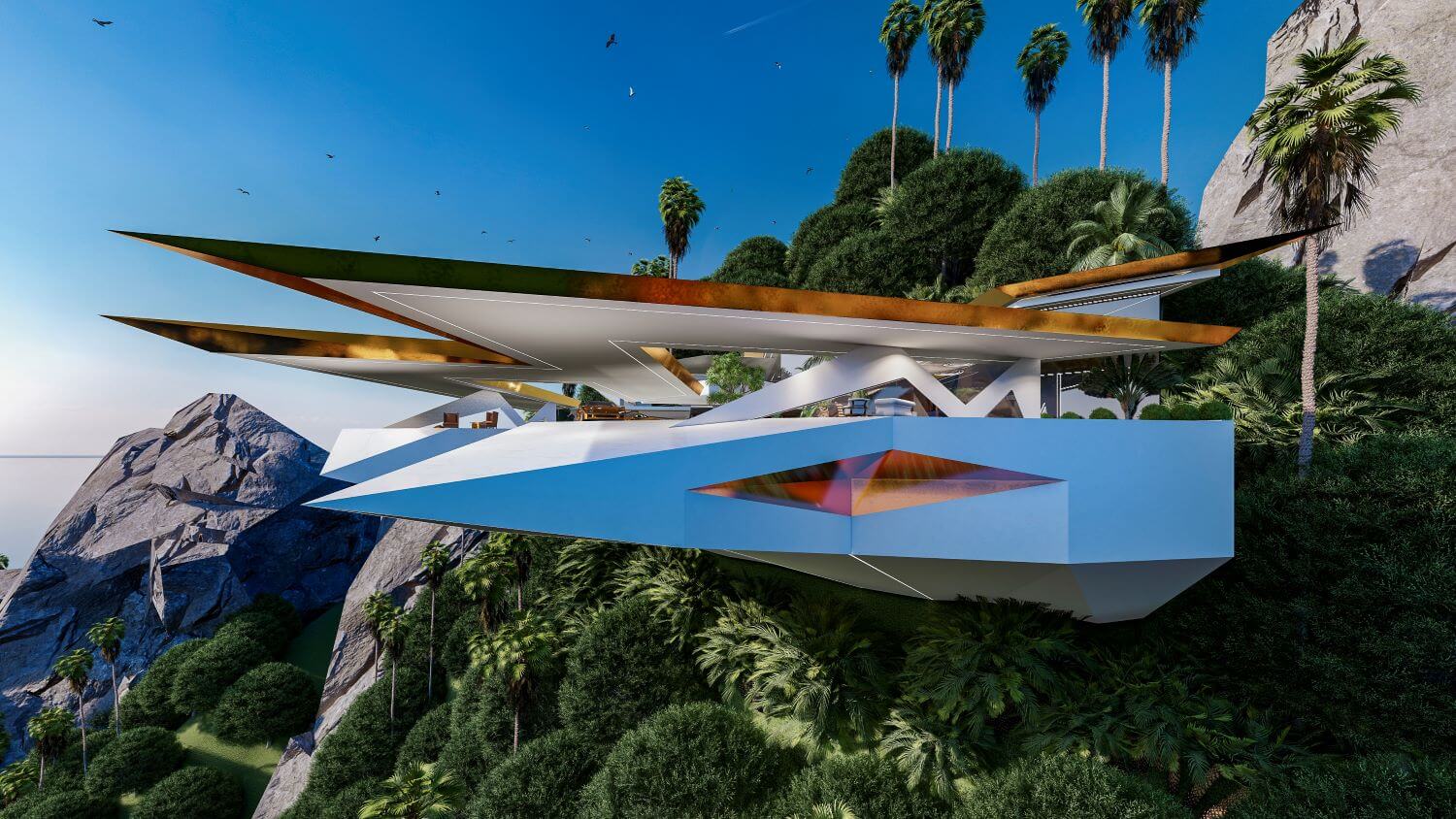 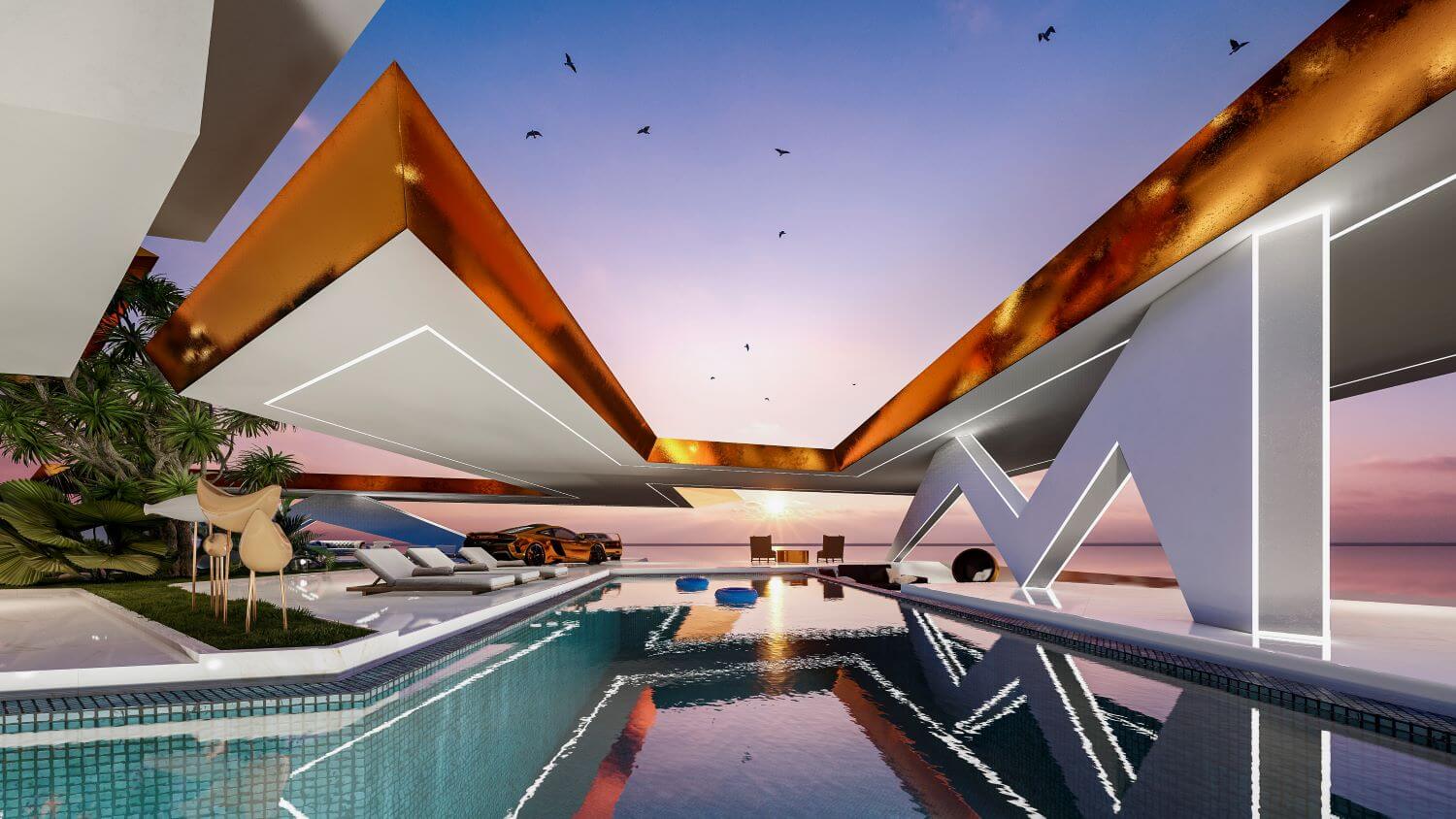 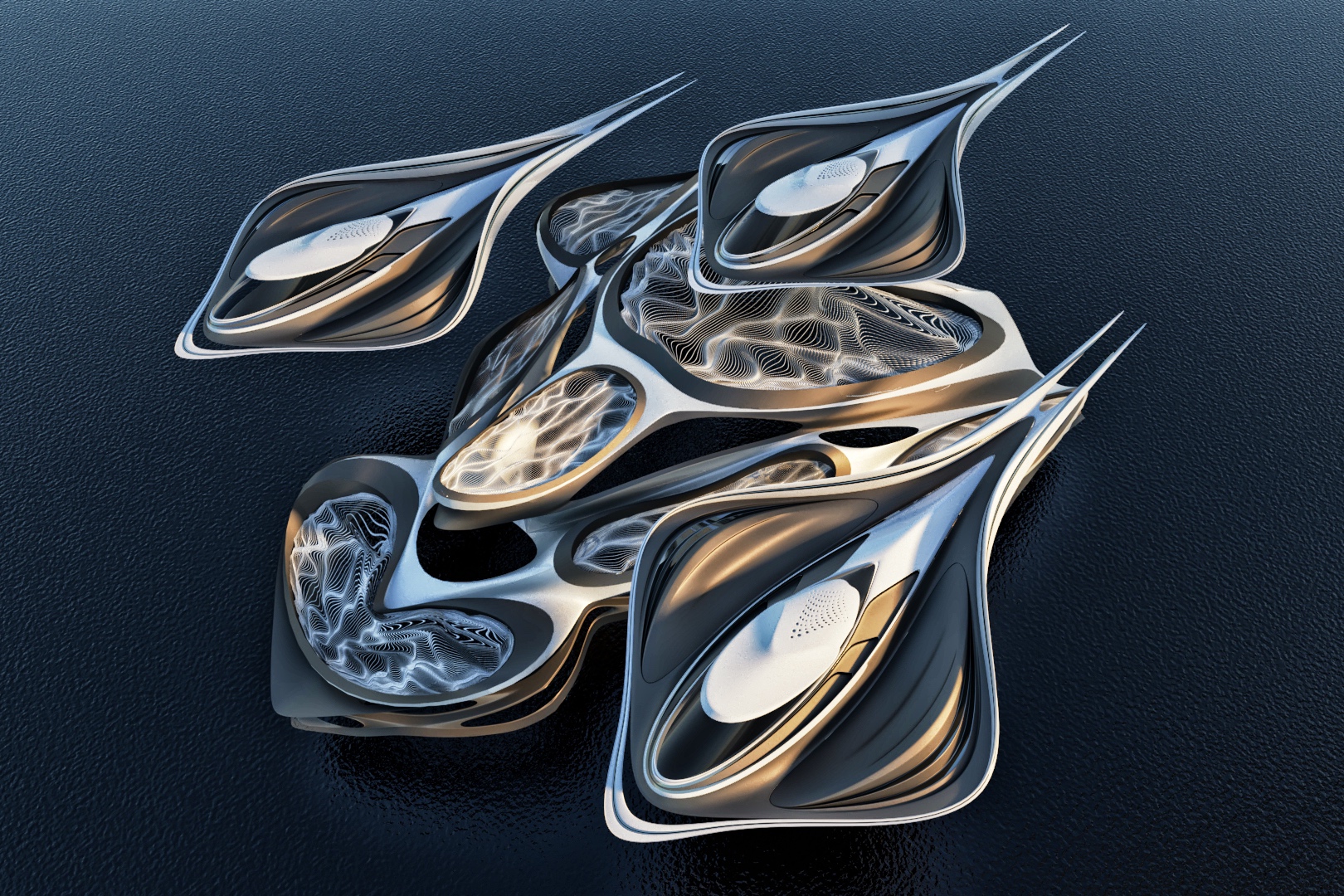 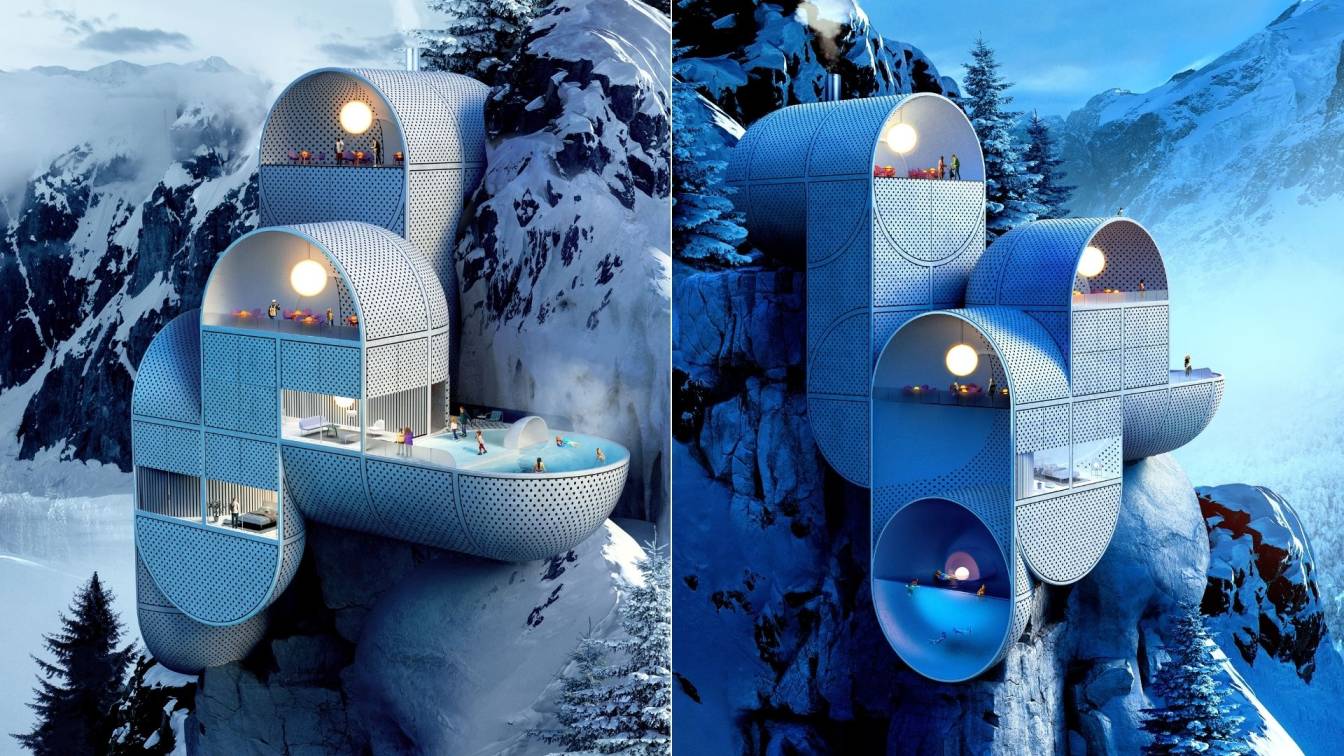 Mountain Lodge: A conceptual design of a small resort situated at a rocky ledge by ANTIREALITY 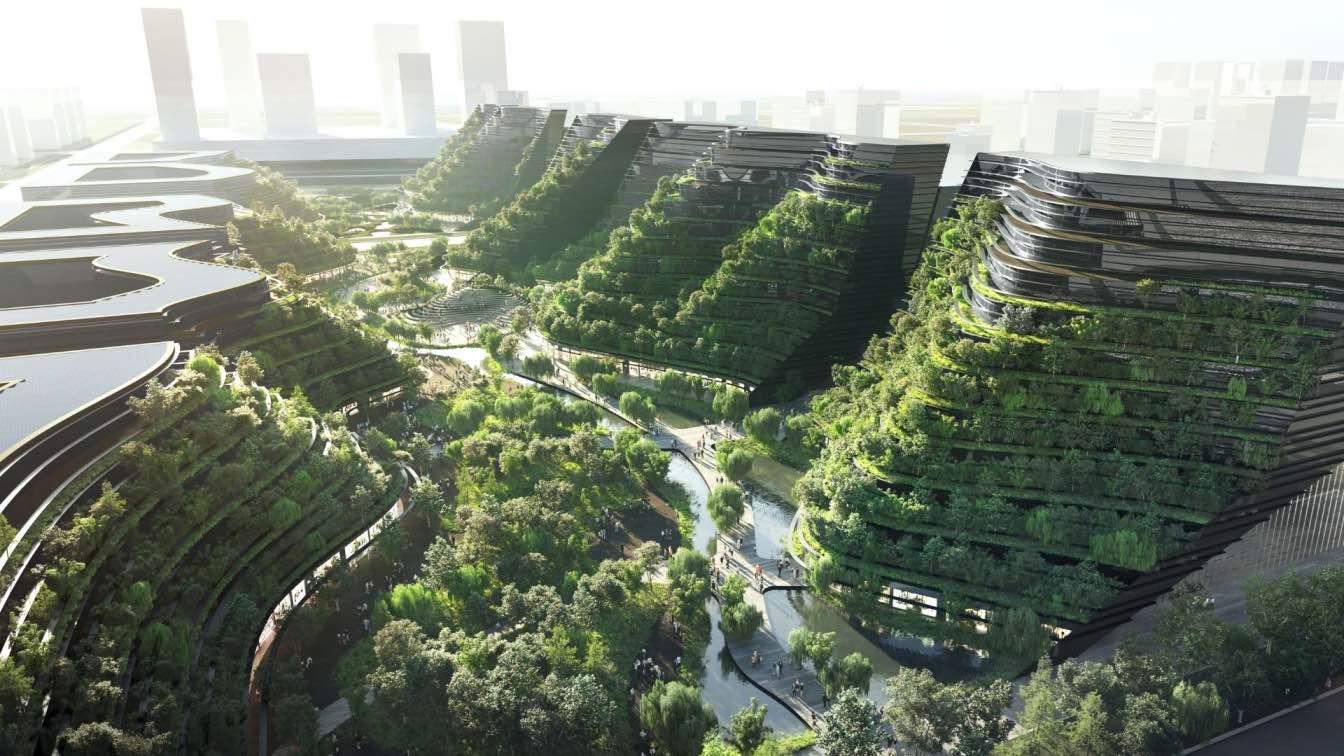 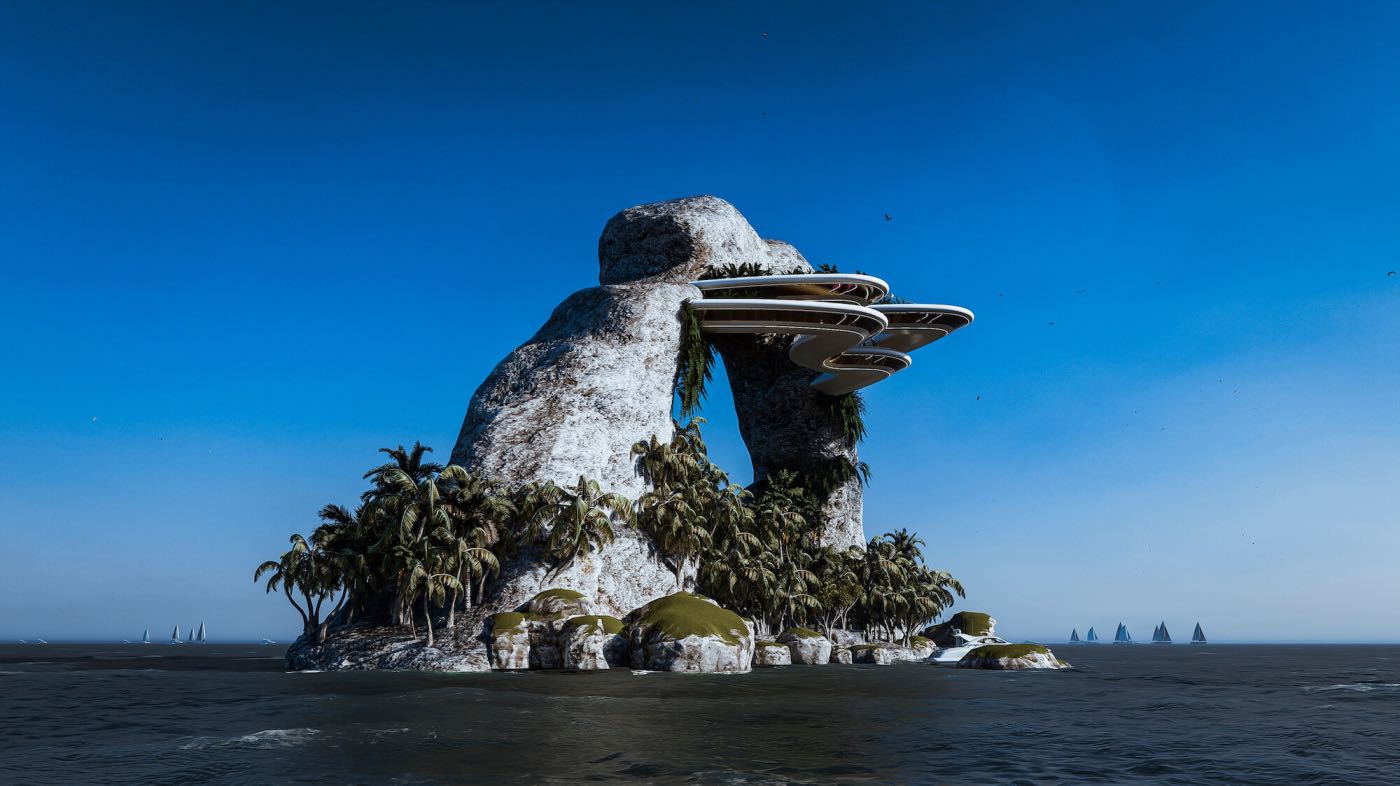