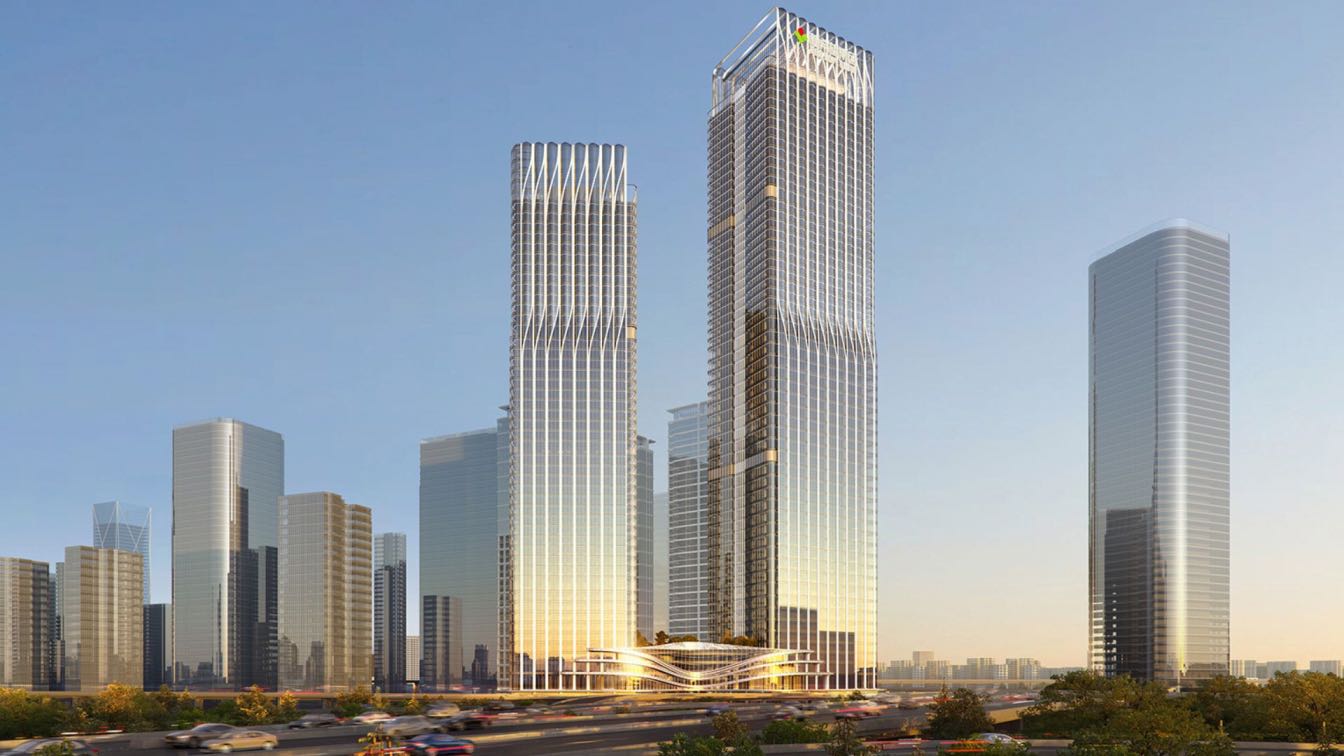 Aedas and Do Design consortium has recently won the competition for the New Hope Central China Regional Headquarters at the riverside of Yangtze River in Wuhan, China.

The project is perched at the northern end of the riverside business district. It overlooks the Erqi Yangtze River Bridge and is surrounded by convenient transportation network. In a superior geographical location, the New Hope Central China Regional Headquarters peers across the riverside greenery of excellent landscape view. Marked by its elegant flow lines that correspond to the surrounding Yangtze, the high-rise allegorically represents Wuhan as a vivacious cultural capital.

Director Fiona Chen describes, “Wuhan has a unique topography that one-fourth of it is covered by water. The architectural concept is a balance between hardness and softness, pointing to the juxtaposition between the fluidity of water and the resilience of Wuhan’s people. It reduces the negative impact of surrounding elevated overpasses to ensure systematic circulation." 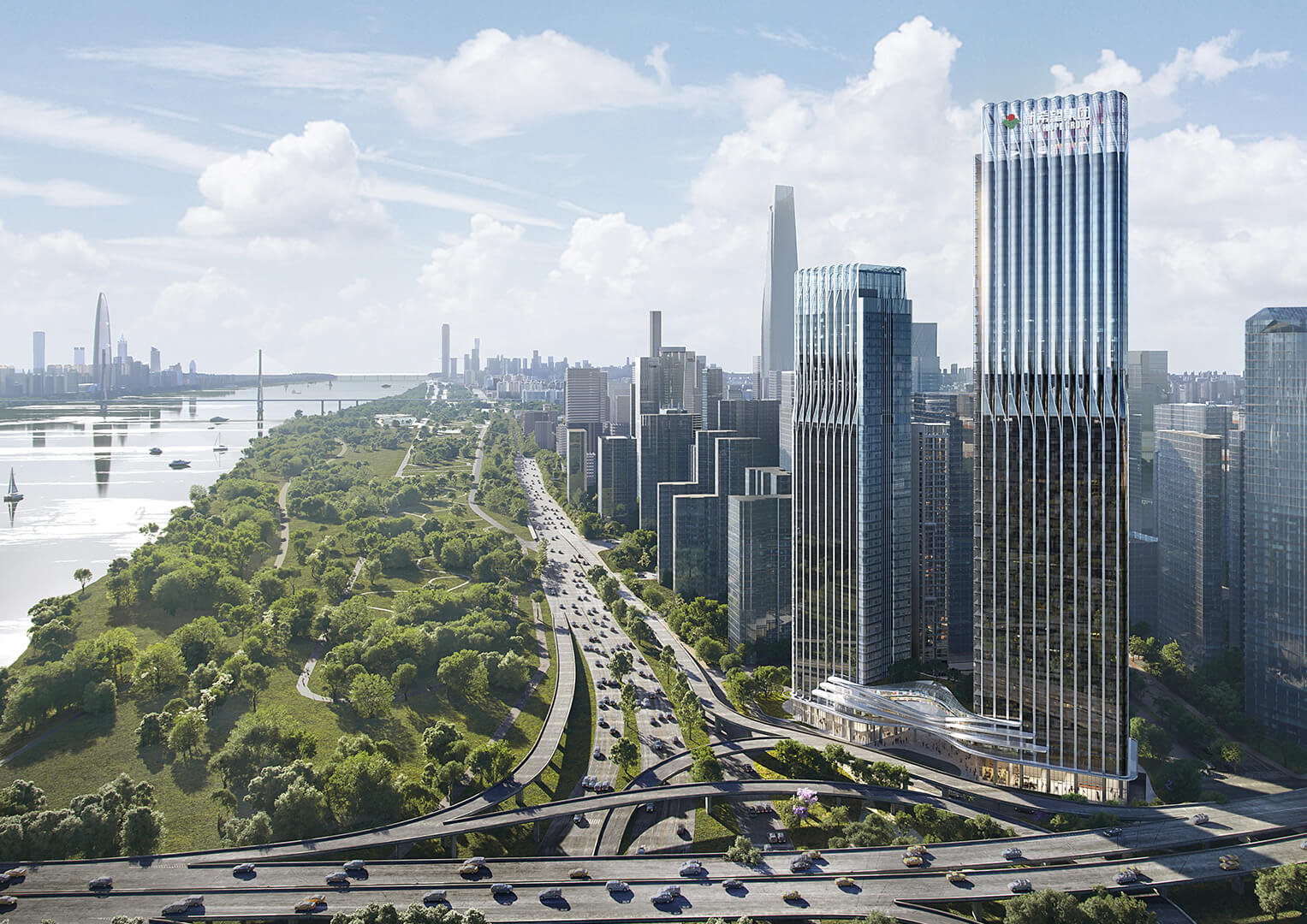 Interpreting with contemporary architectural language, the design draws inspiration from the ancient guqin tune of “High Mountains and Flowing Water”, which is about friendship and community bond through music and art in Chinese culture. "Wuhan’s culture emphasises on riverside culture and congregated living. We hope to reproduce traditional settlements in modern cities through dynamic and diverse forms of activities. The design generates internal public spaces through the enclosed tower disposition, and connects the development with the adjacent Bridge Park by setting permeable paths," explained Aedas Chairman and Global Design Principal Keith Griffiths.

Based on the notion of community and congregated living, the layout aims to fully capitalise on the river view and realise function interconnections. The 250-metre main tower and a 200-metre auxiliary tower are located along the site’s east frontage. The main tower houses office and a five-star hotel, enjoys a panoramic view of the Yangtze River, is connected to the auxiliary office tower through a retail podium. As a result of strategic angle maneuvering, the three high-end residences on the west side are afforded maximum river view.

The outline of the towers mimics the shape of a guqin, façade covered with dynamic string-like lines. The nuanced lines combined with different curtain walls evoke simplicity in the office area while the bay windows in the hotel area help maximise landscape view. The overall varied, irregular architectural form compounded with the rounded corners diminish horizontal wind load, achieving perfect unity of function and form. 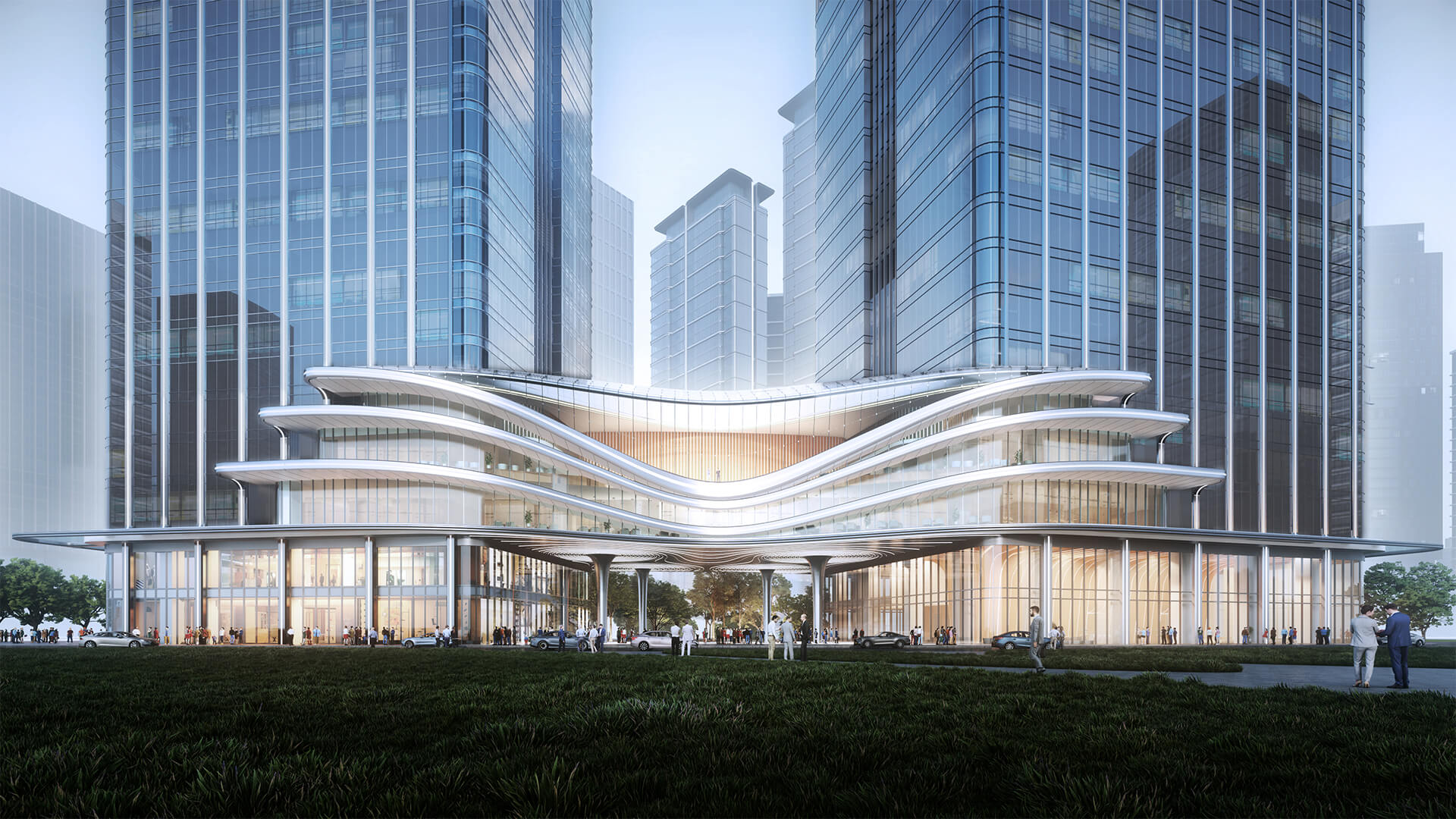 The podium, in a dynamic streamlined form, echoes and blends with the tower façade. It is deliberately raised to open up the green space and the residential area, and to optimise ventilation throughout the development. This design symbolizes the “wings of hope” that usher in prosperity for the metropolis. The tunnel formed at the ground floor will serve as an exclusive covered drop-off area, indicated by the indented floor plates and congregating curves on the façade. The podium rooftop is designed with a featured skylight, and the fluid shape echoes the sky corridor linking the two towers, which altogether strengthens the integrity of the project.

In order to create more open space, a streamlined approach is adopted to connect the landscape with the Bridge Park under the eastern viaduct, simultaneously creating harmony between built area and greenery. The design also segregates the movement of people and vehicles by functionality, placing the circulation of hotel and office space users on the outside, while optimizing the privacy of the residential area.

"We hope to accentuate the culturally rich facets of Wuhan and present an iconic development that the community can take pride in." — Keith Griffiths, Aedas Chairman and Global Design Principal. 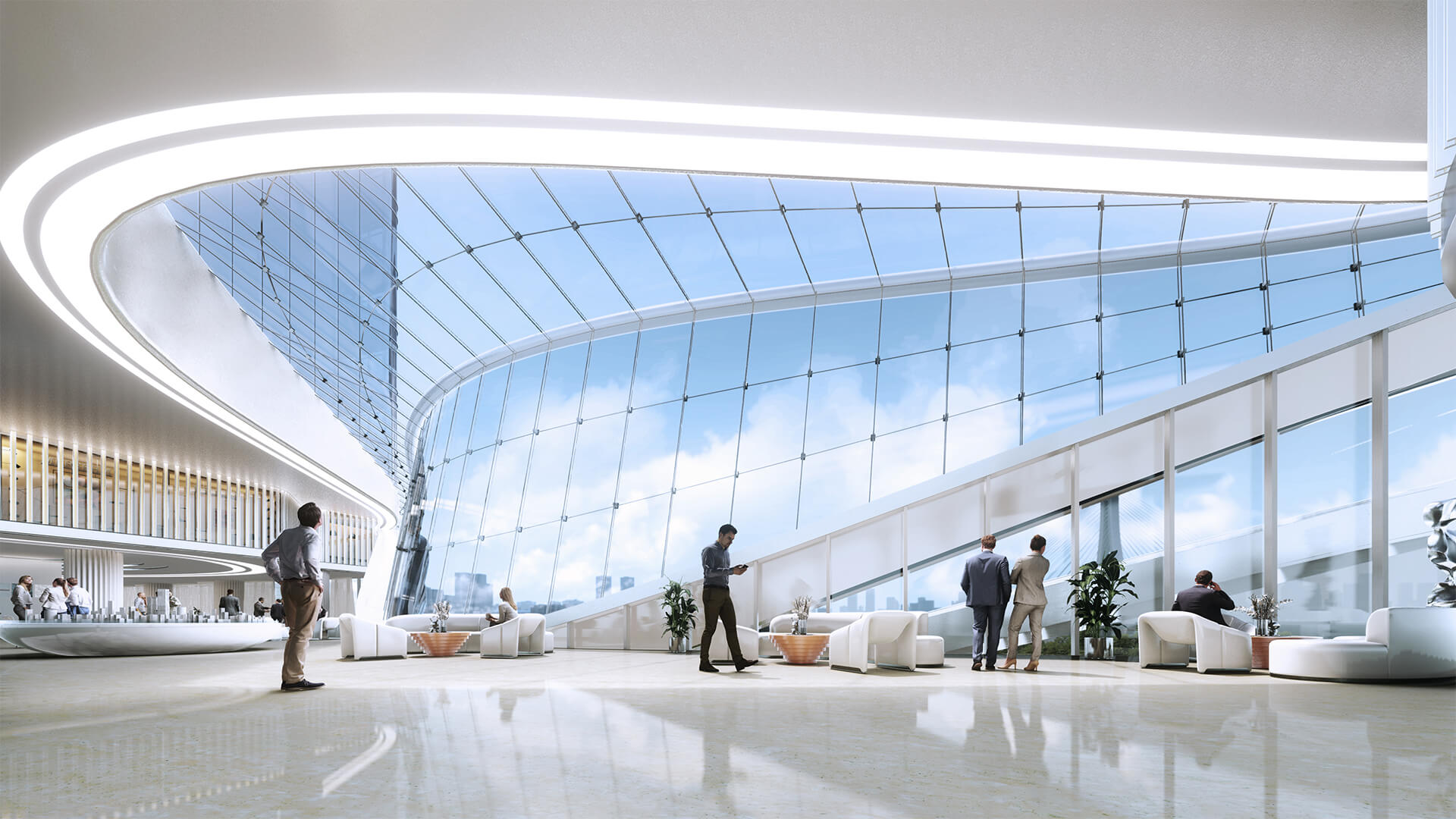 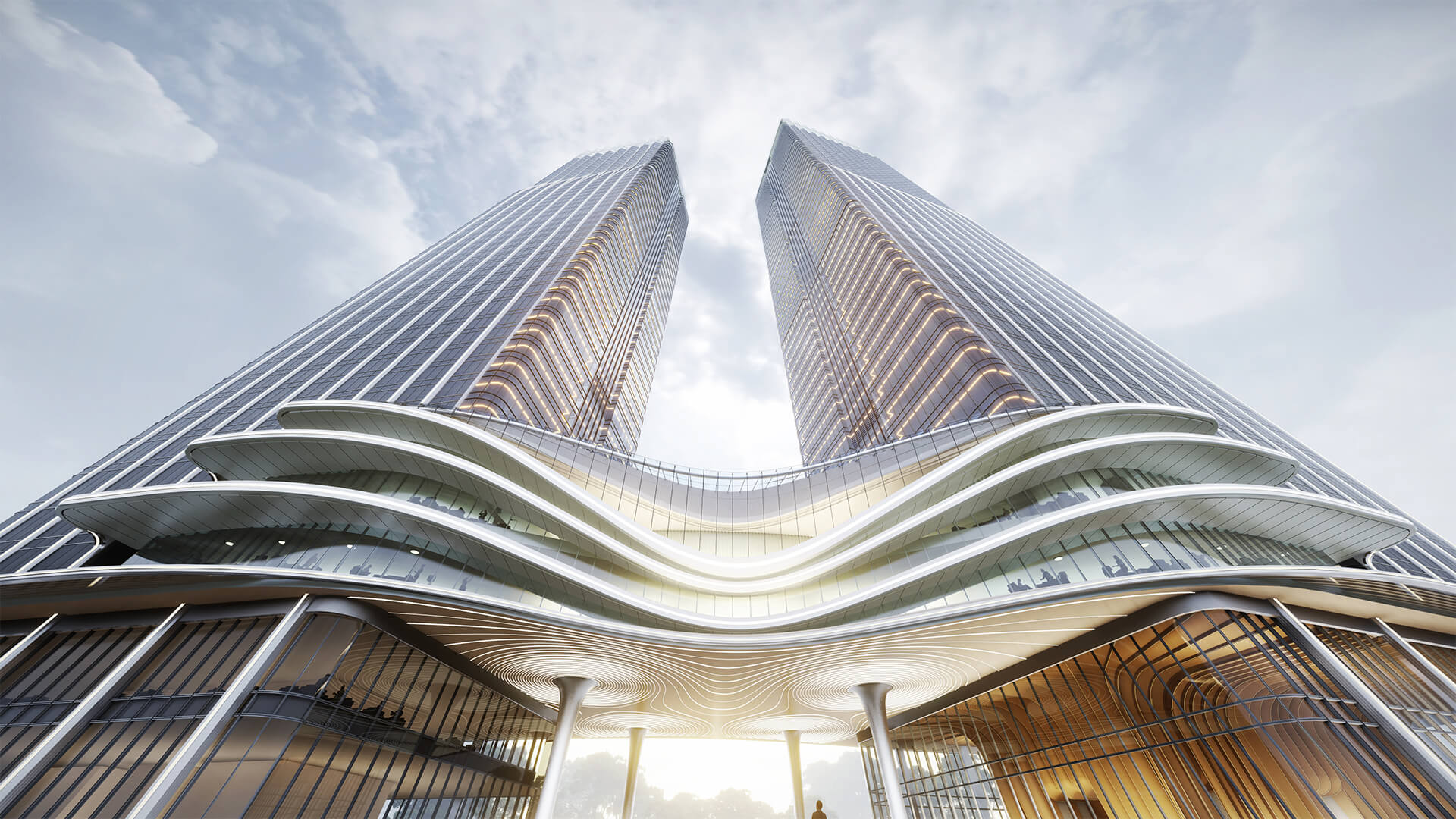 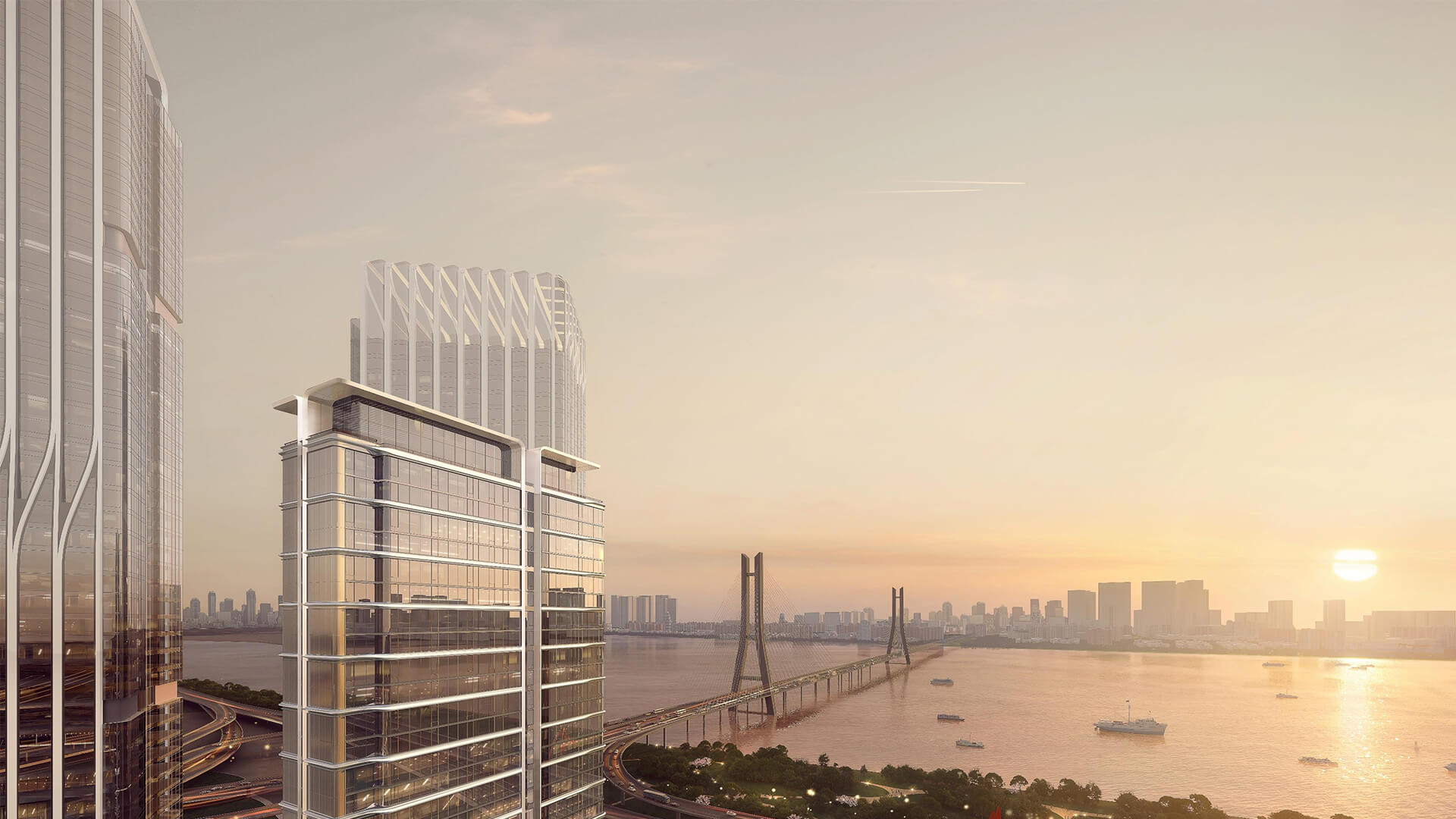 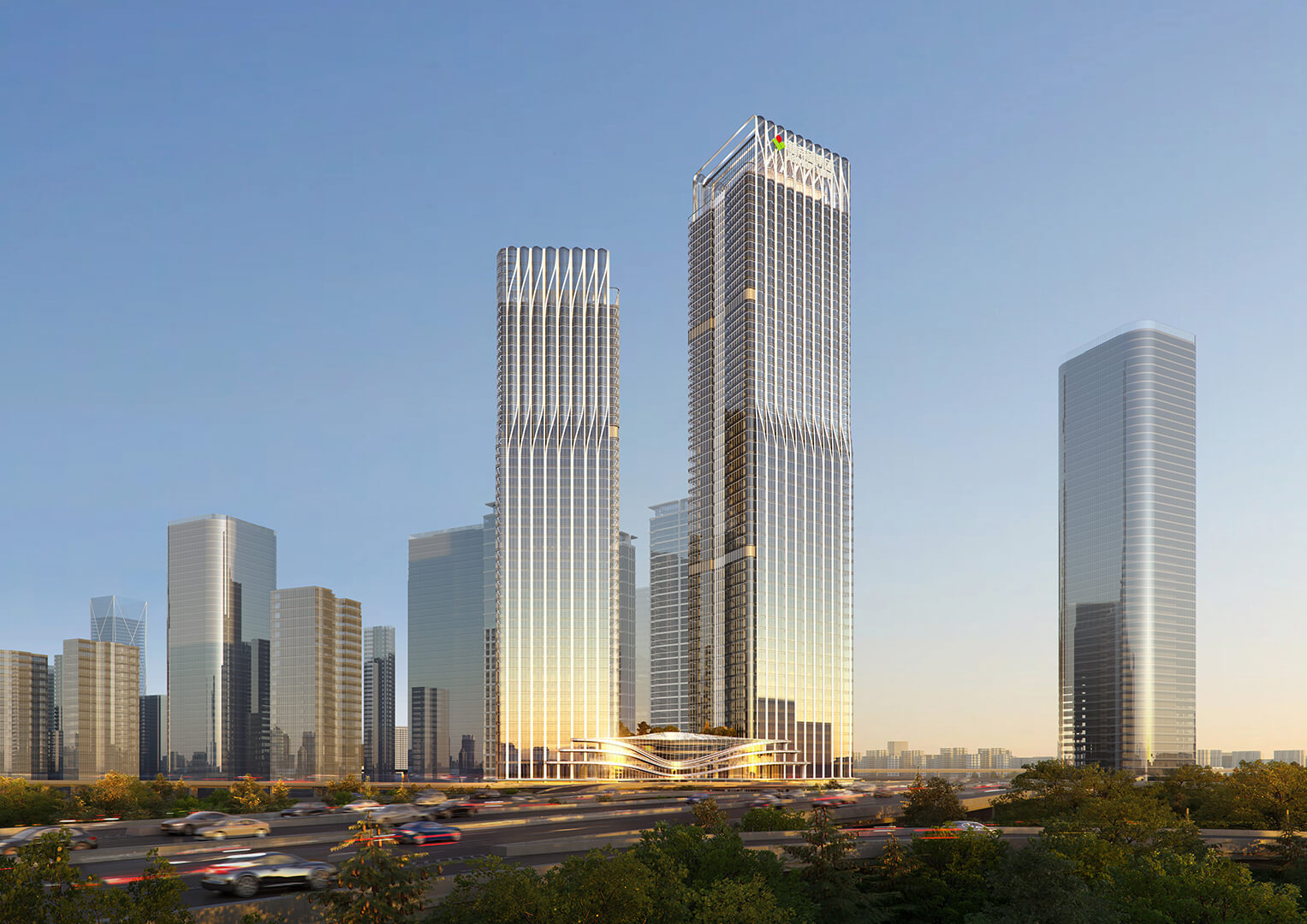 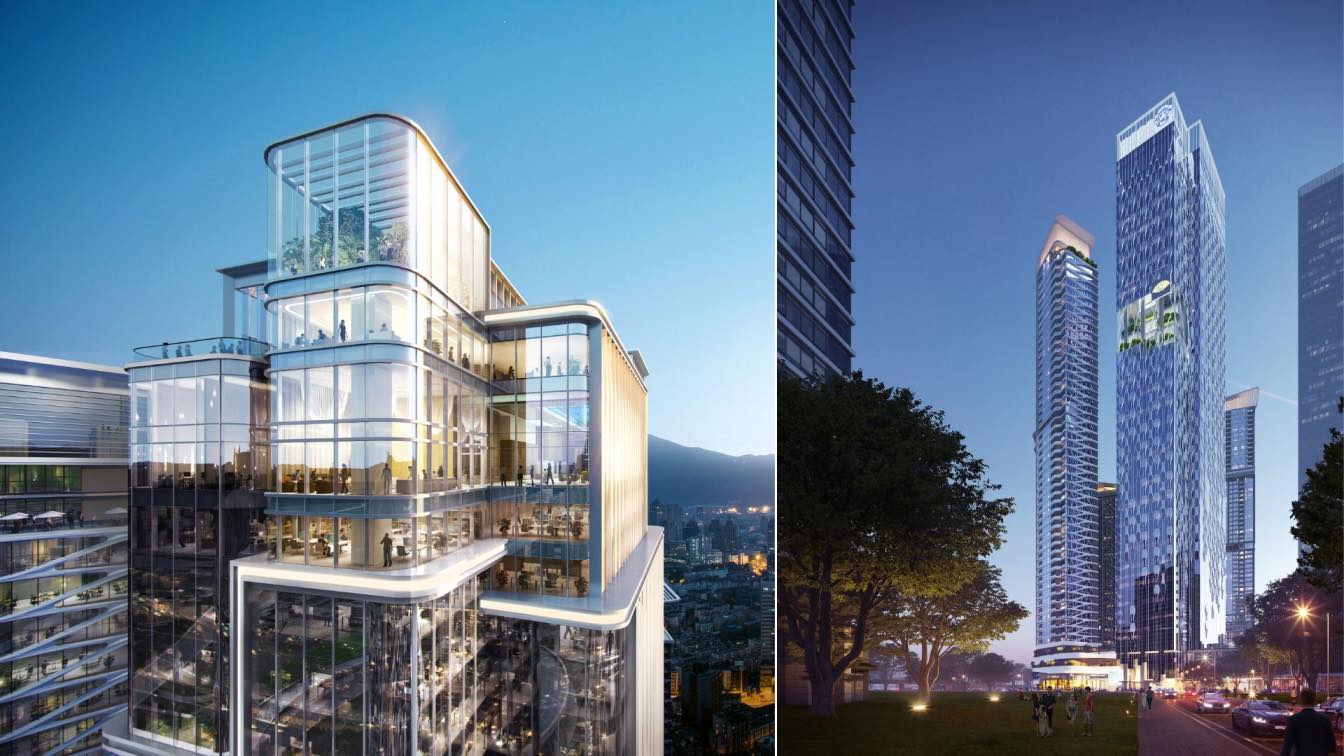 Aedas’ Shirble - The Prime, The Soaring Urban Landmark in Shenzhen 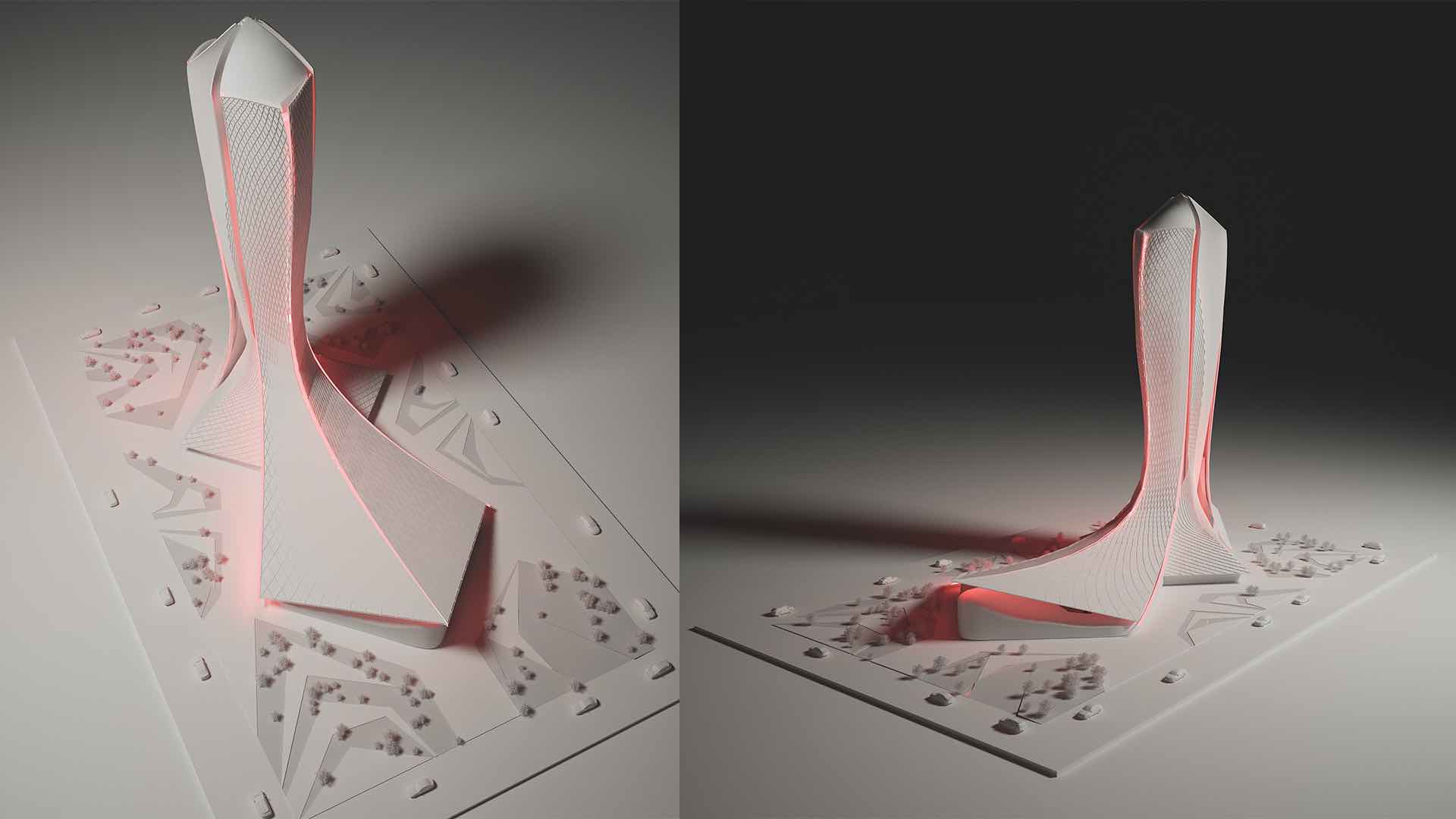 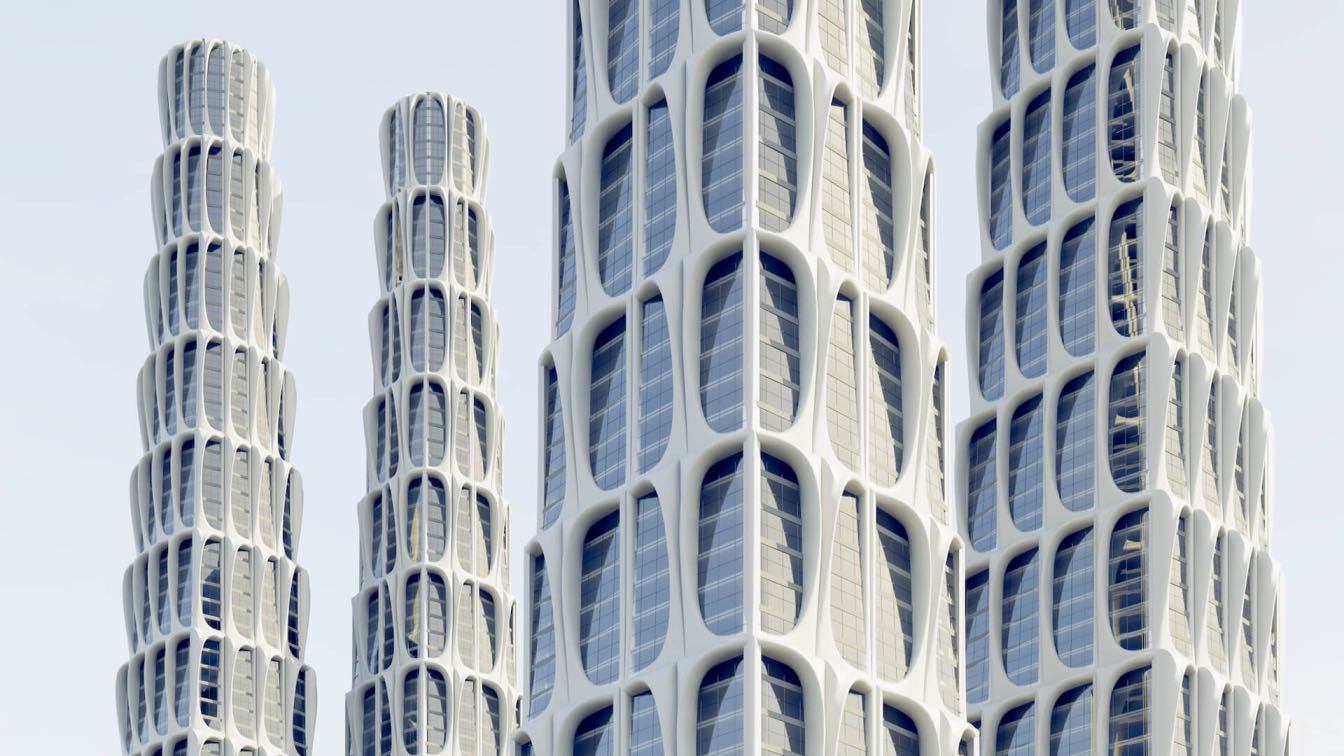 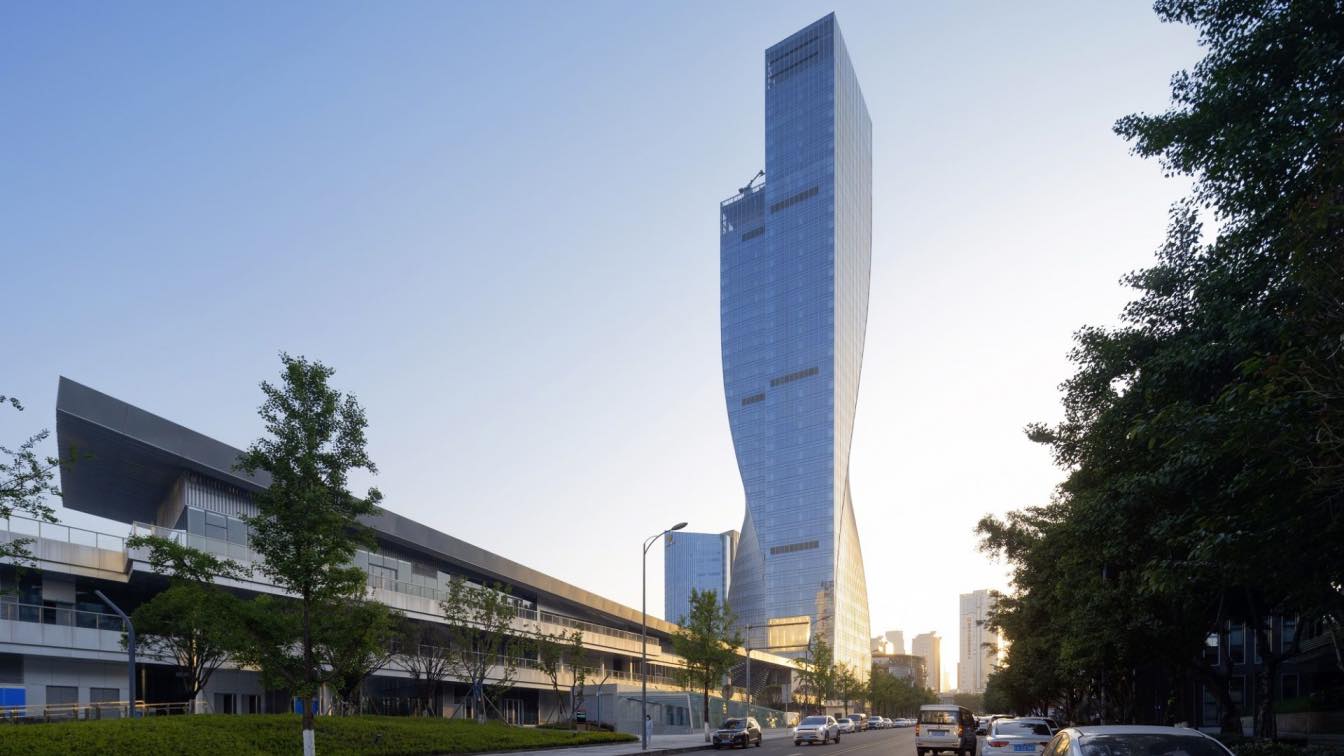