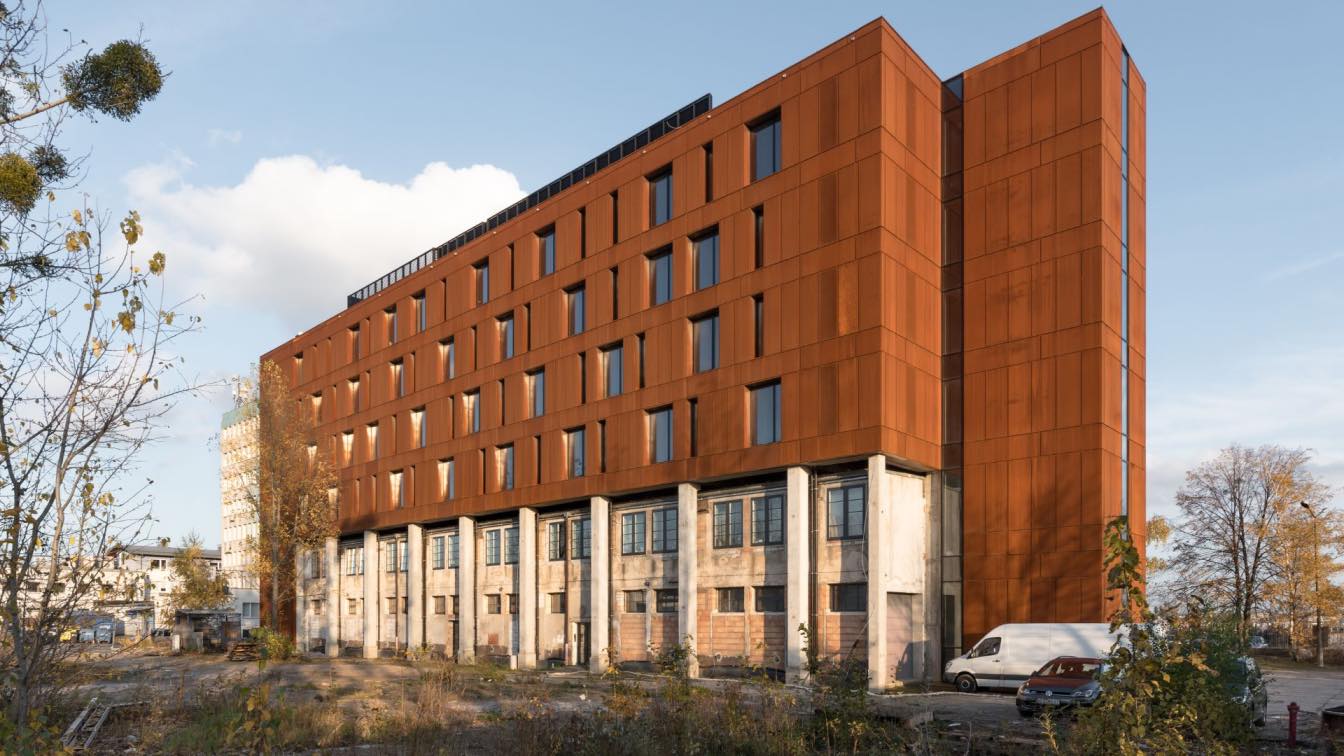 Easst Architects: The reconstructed building is located in a part of the city that until recently served as an industrial district. In its immediate vicinity, there is the main water treatment plant for the agglomeration, as well as smaller and larger production and commercial facilities. Over the past two decades, this landscape started to change considerably. It has slowly transformed into a mixed-use development. Many residential buildings and other facilities have appeared. Our main assumption, however, was to emphasize the original history of the place and create a building-monument to the industrial past of the district. This plan perfectly matched the ideas of the investor who implements robotic car assembly lines in Europe. Therefore, we started the designing work by searching for similar solutions. Poznań itself has the Old Gasworks, whose buildings were designed to resemble churches to show admiration for the concept of global industrialization. Therefore, the idea to erect a monument combining the history of the district with new technologies seemed to be the most optimal solution. Especially since the project itself involves a partial adaptation of a production hall of beautiful proportions and a structure containing a huge skylight and a gantry crane, as well as plans to build a superstructure over the offices. 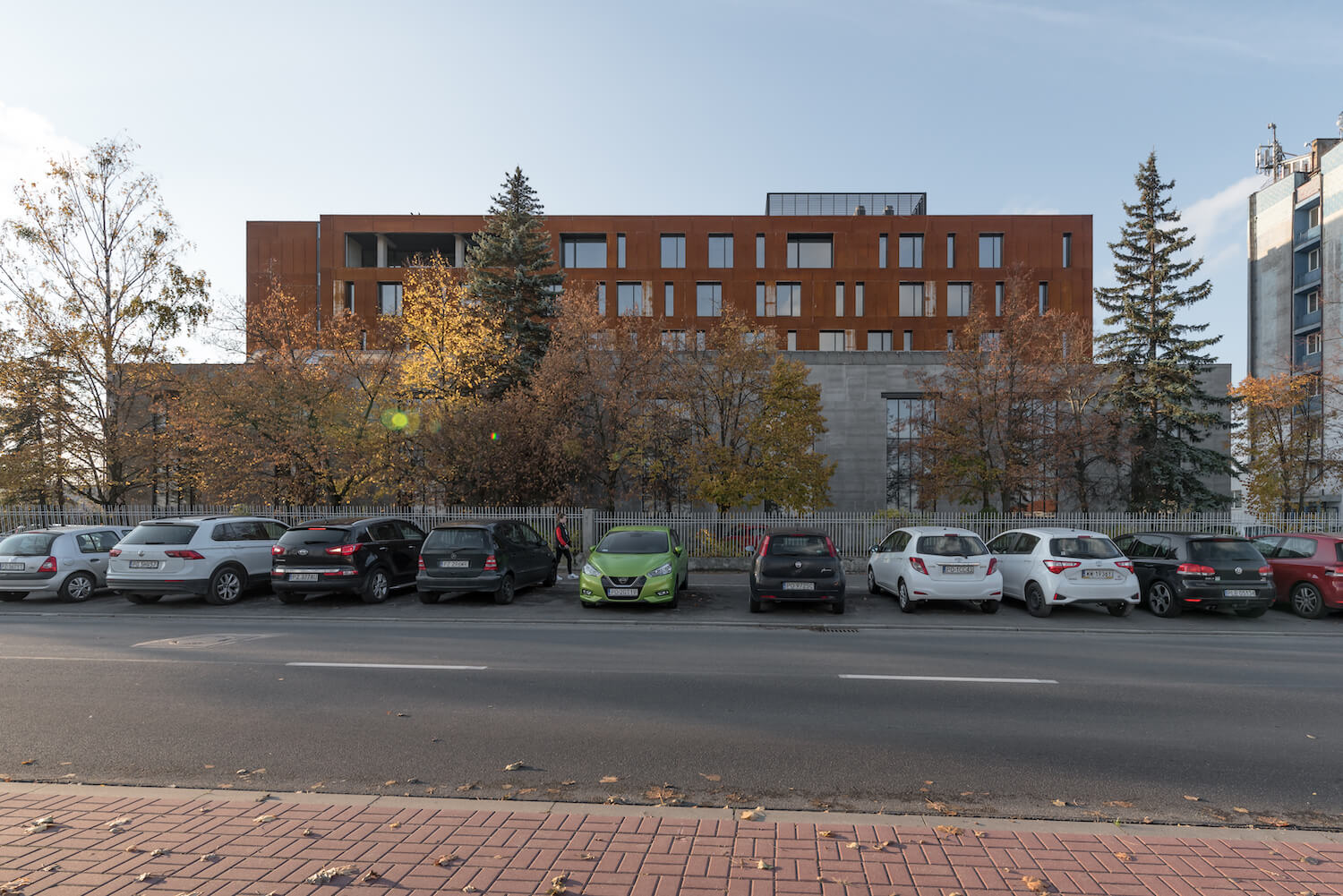 The original body of the office building has been enlarged by 4 floors intended for offices for rent and for an investor who conducts training in the implementation of his technologies. Additionally, new staircases with comfortable flights of stairs and lifts were built. The staircases are illuminated with stripes of vertical glazing. The three-storey structure extends beyond the face of the ground floor. This resulted in a larger area of office floors and a more sculpted body of the building.

The concrete columns supporting the upper storeys were designed as external ones to emphasize the historical build-up of the structures. The façade has been enriched with a loose, scattered composition of windows. The upper floor will have large glazing with an inside terrace. The roof also has a terrace overlooking the entire city. Virtually all floors will have a wonderful panoramic view of the river. The body of the building itself is very narrow from the side elevations (protruding staircases), which produces the effect of a monument to technology. 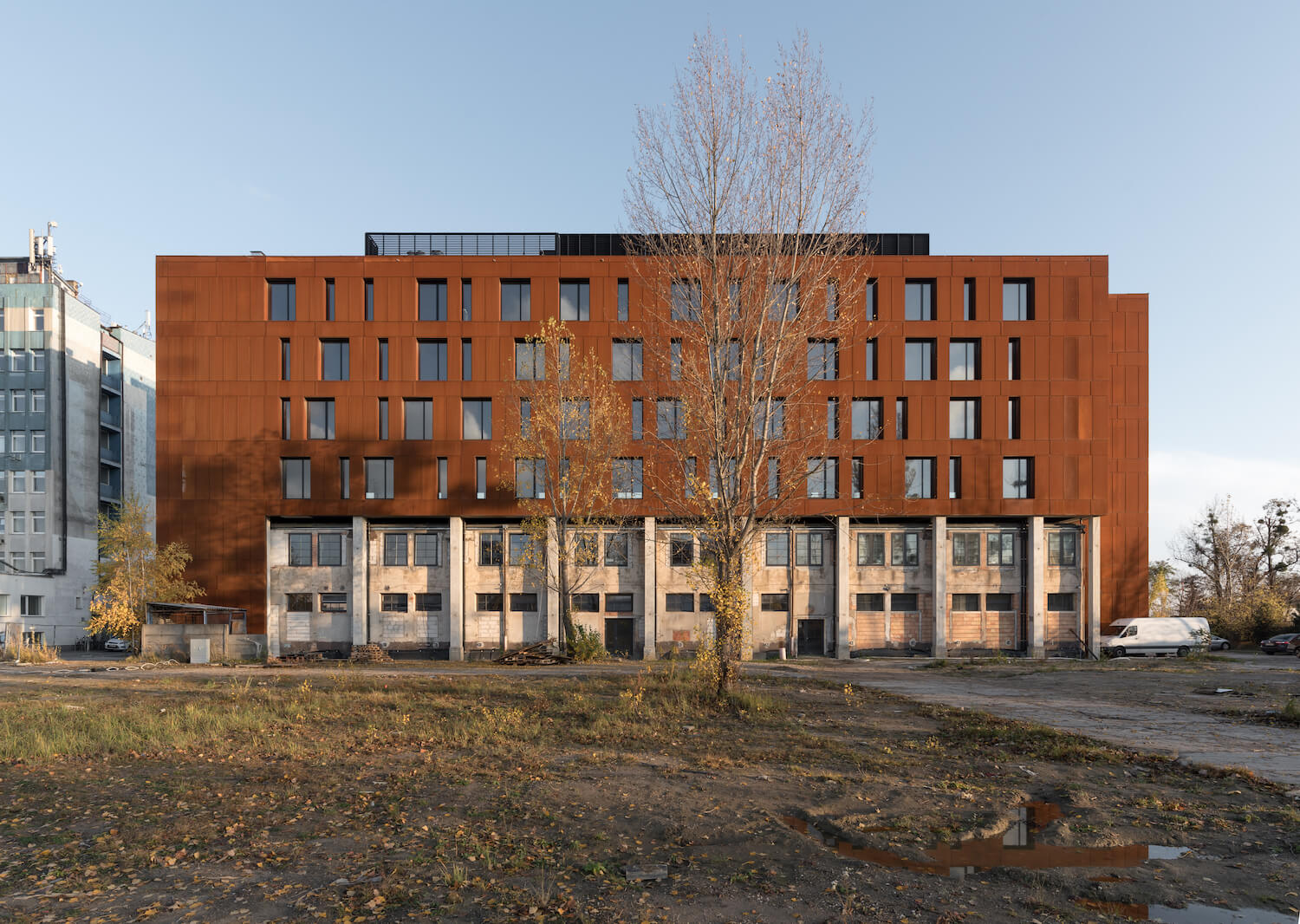 The new outer layer of the building is a reference to the historic industrial character of the area and will be made of Corten. This brutalist material is perfectly suited for underlining the original purpose of the plot (the material was initially used in the USA to enclose railroad cars in order to reduce the need for painting, restoration, and corrosion protection). In addition, it was installed in its ‘immature’ phase as silver sheets that changed over time and under the influence of weather conditions they gradually became reddish, which created an additional spectacle for observers. Combined with the black hall brick, this material provides a clear and strong contrast. The entrance to the building is glazed and equipped with a reception desk for all floors.

The plan of individual floors allows for any space arrangement, both open space and smaller office units. Each floor has a social room with a kitchenette.

The building will have modern technologies related to alternative sources of energy, such as air heat recovery, photovoltaic panels and solar panels that produce hot water. 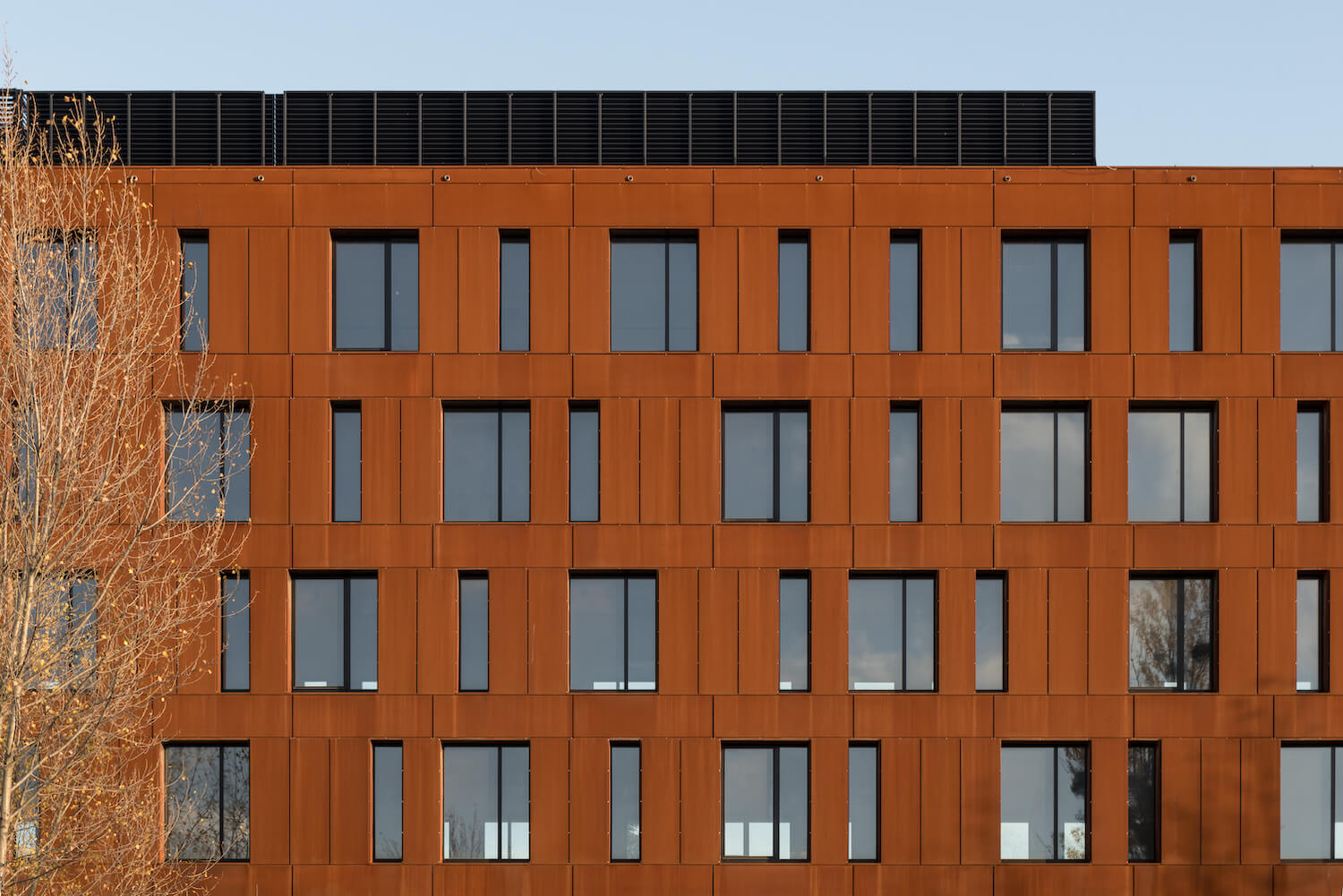 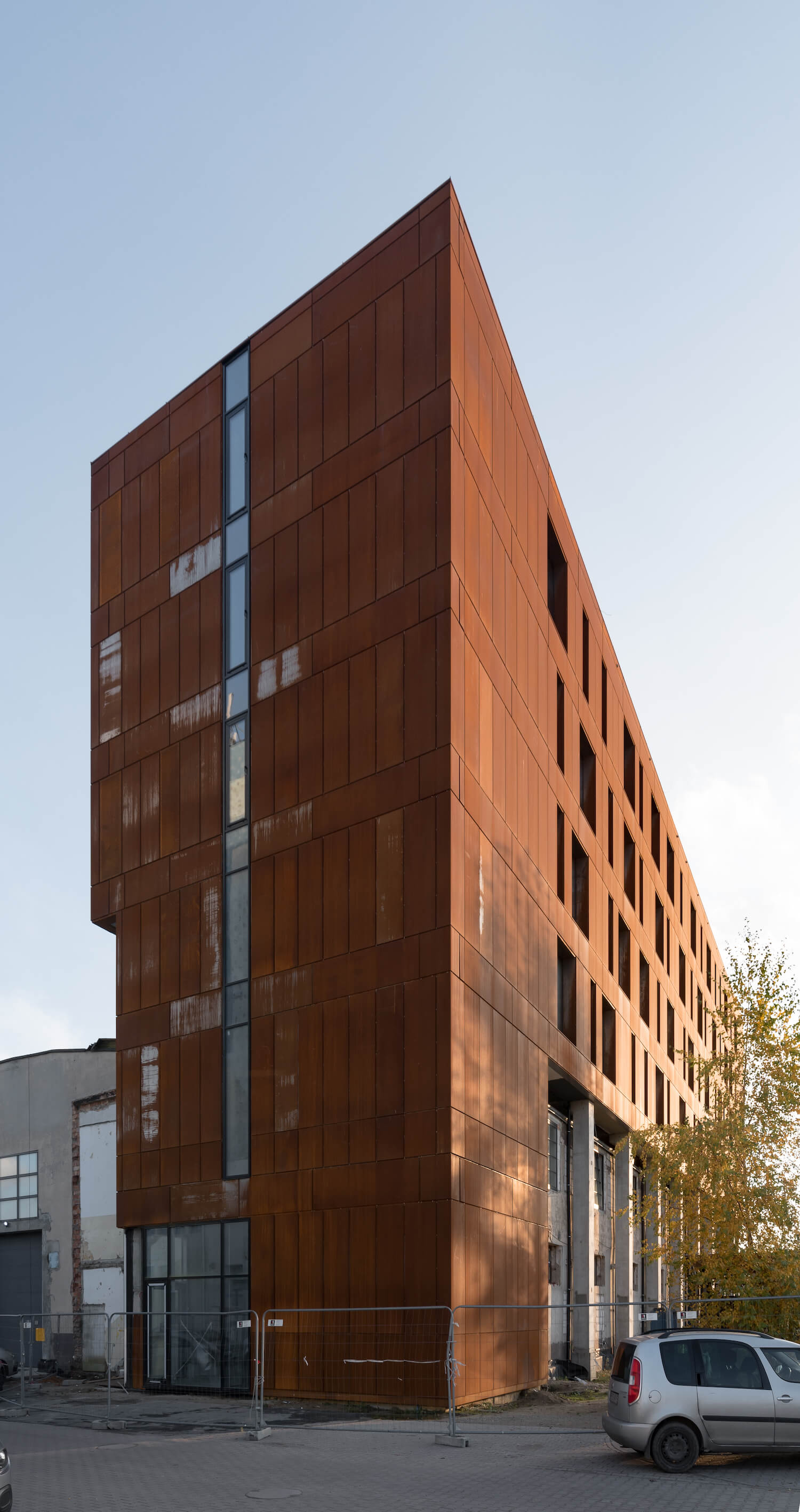 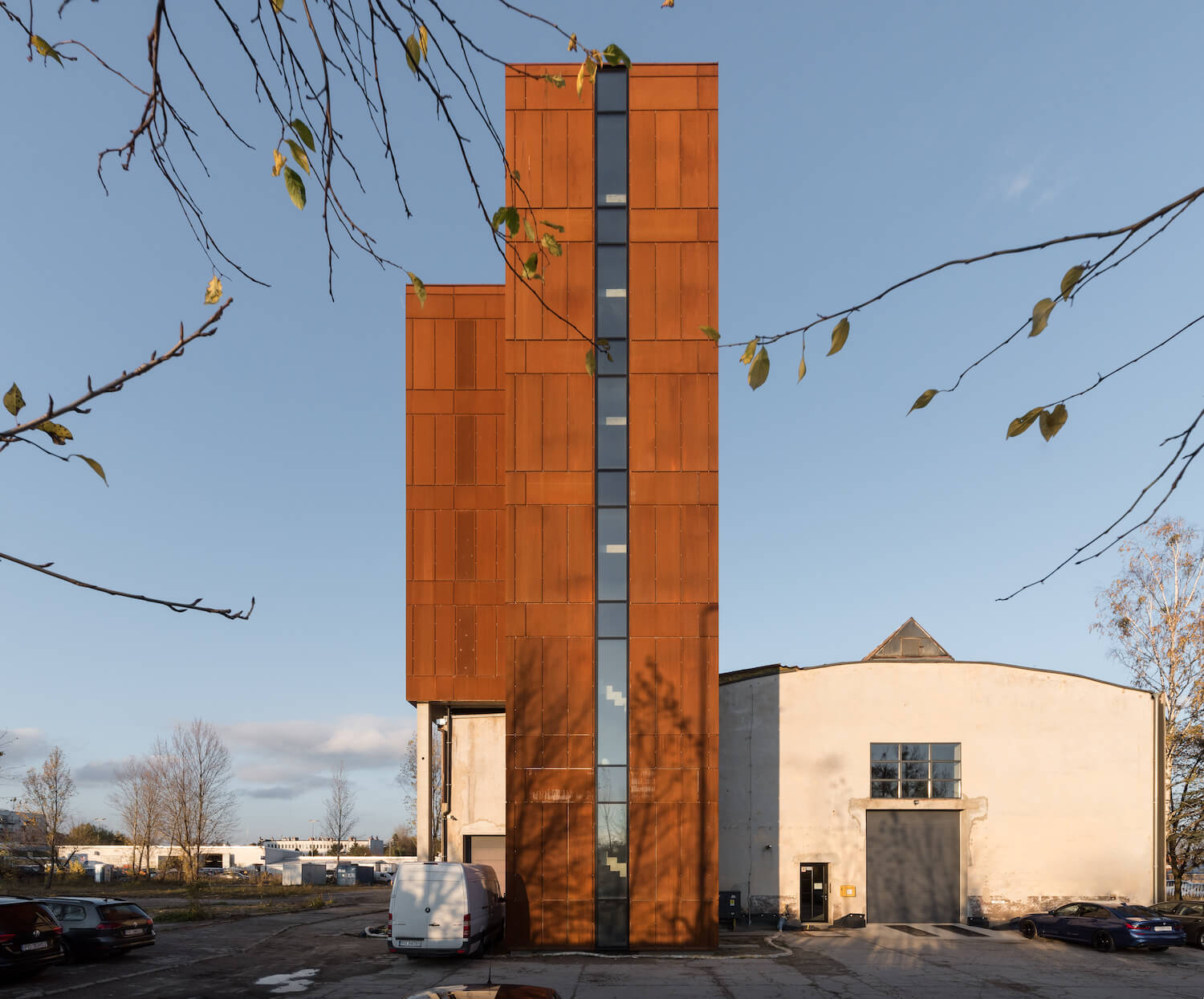 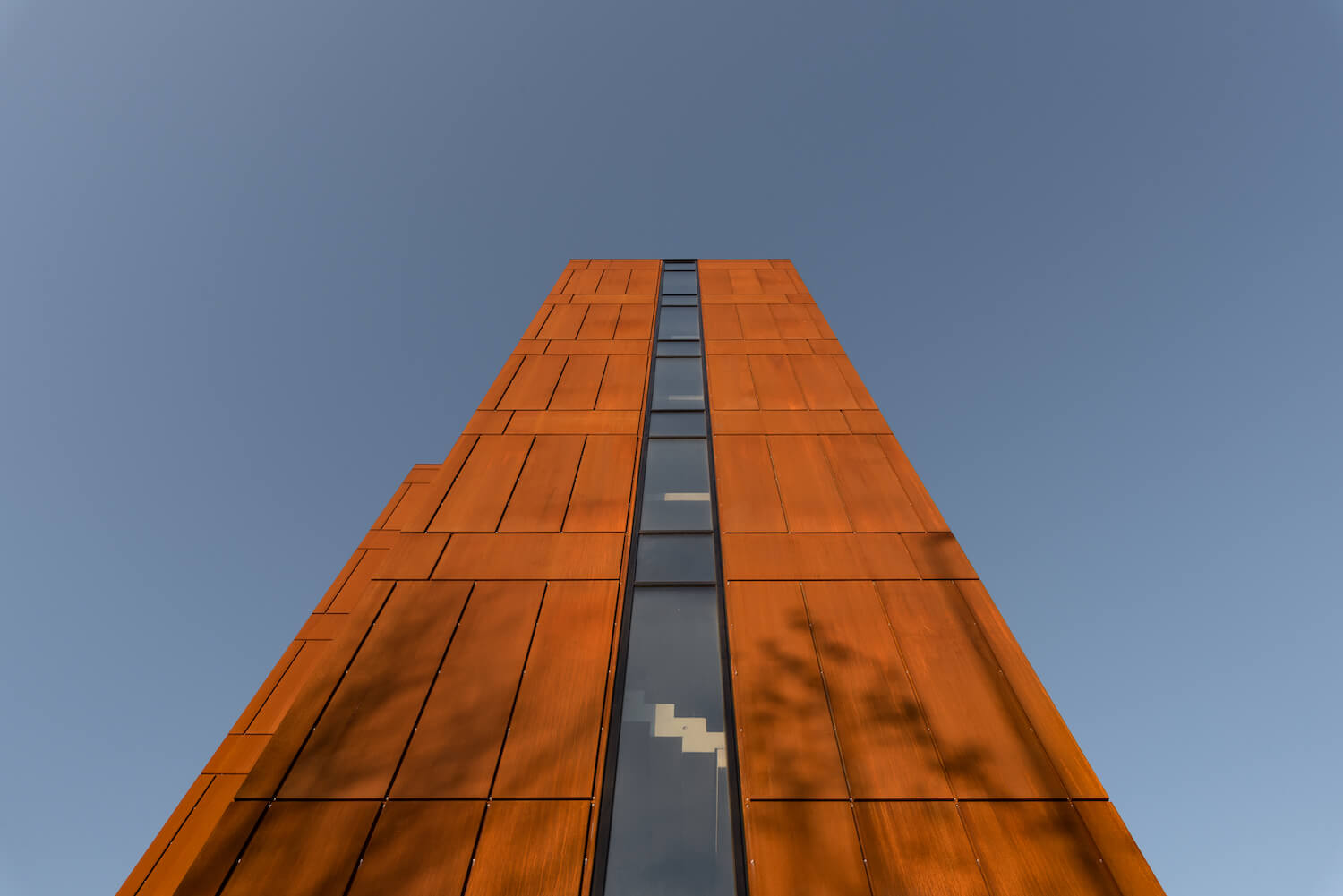 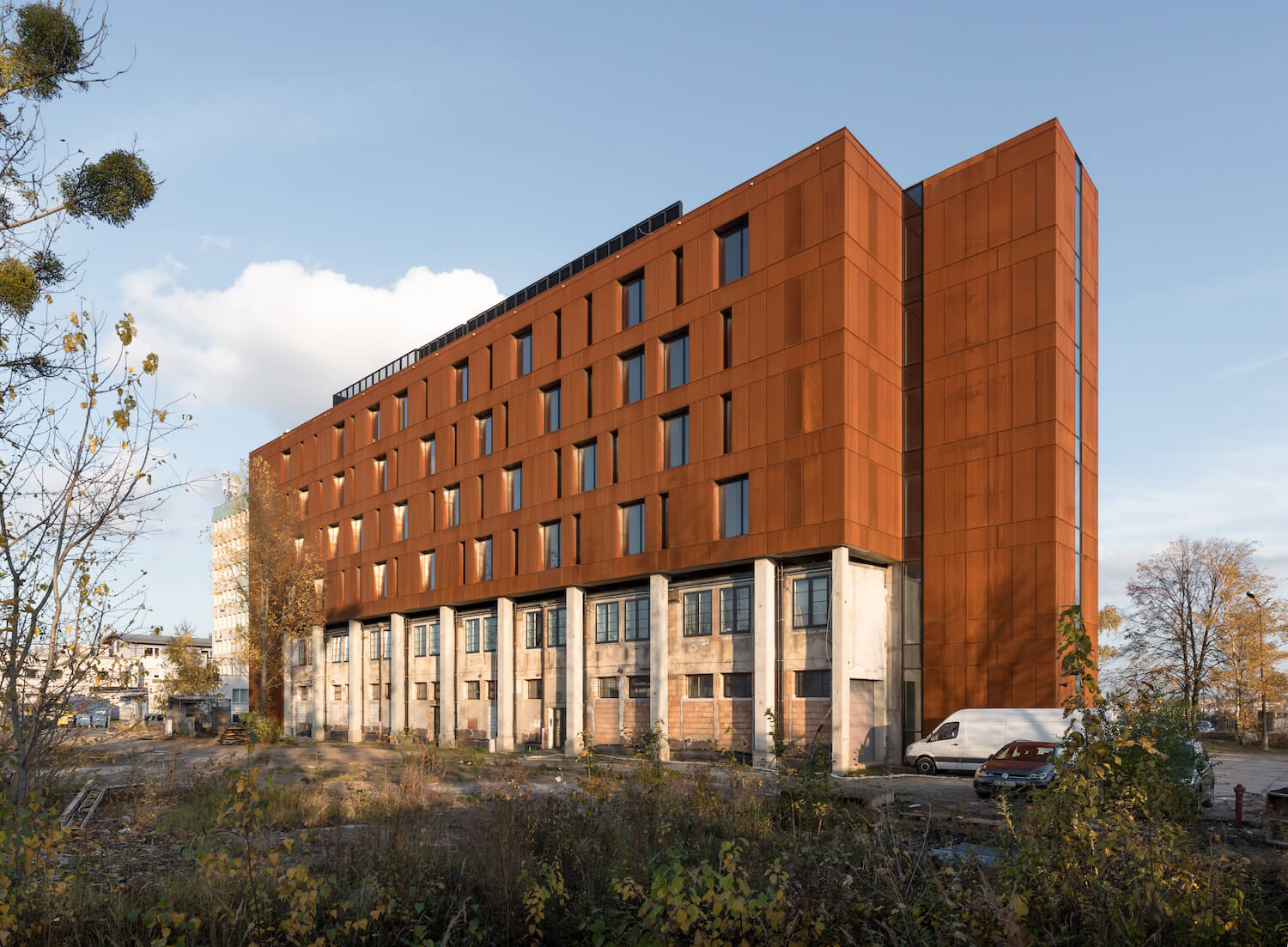 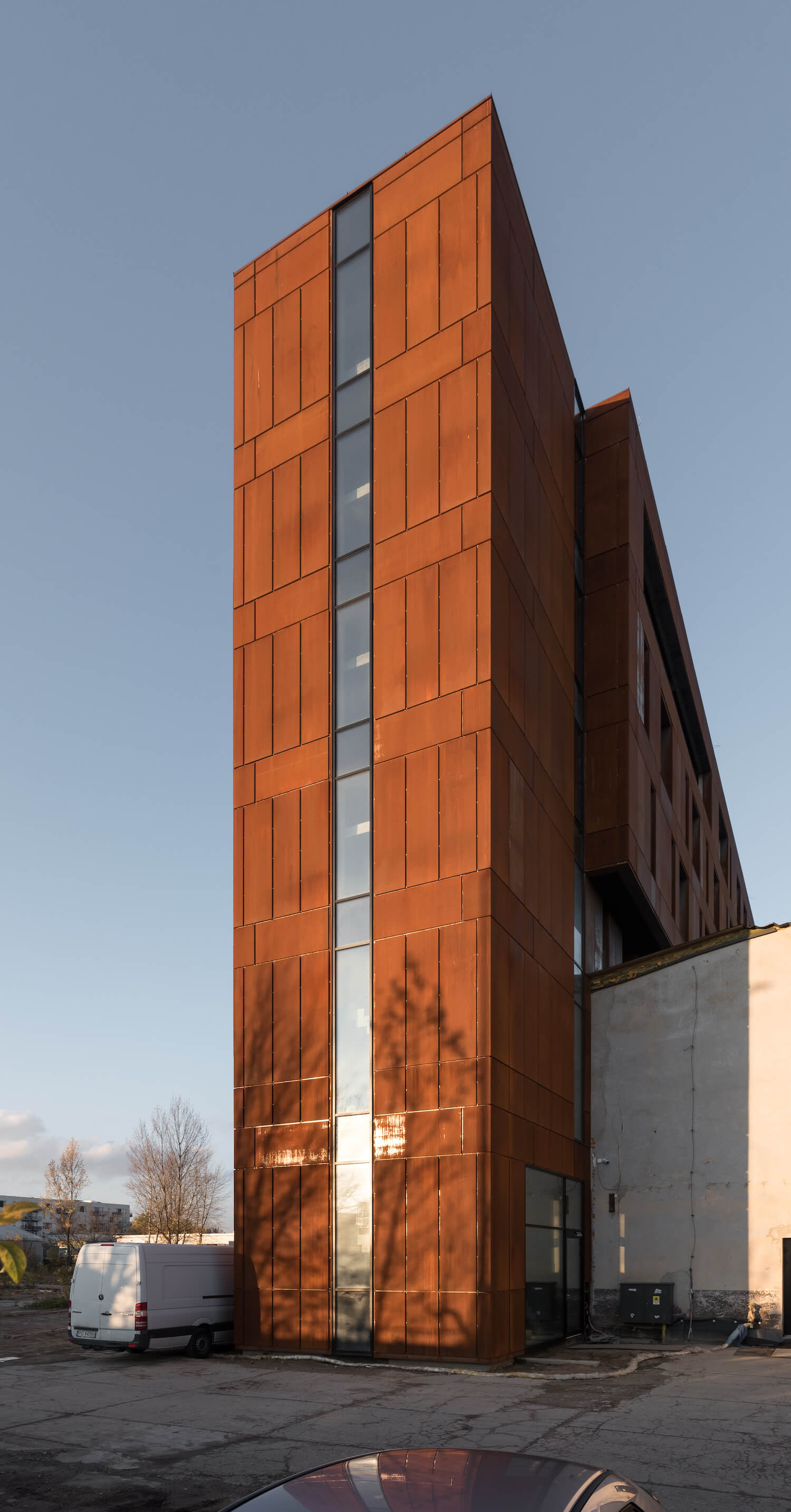 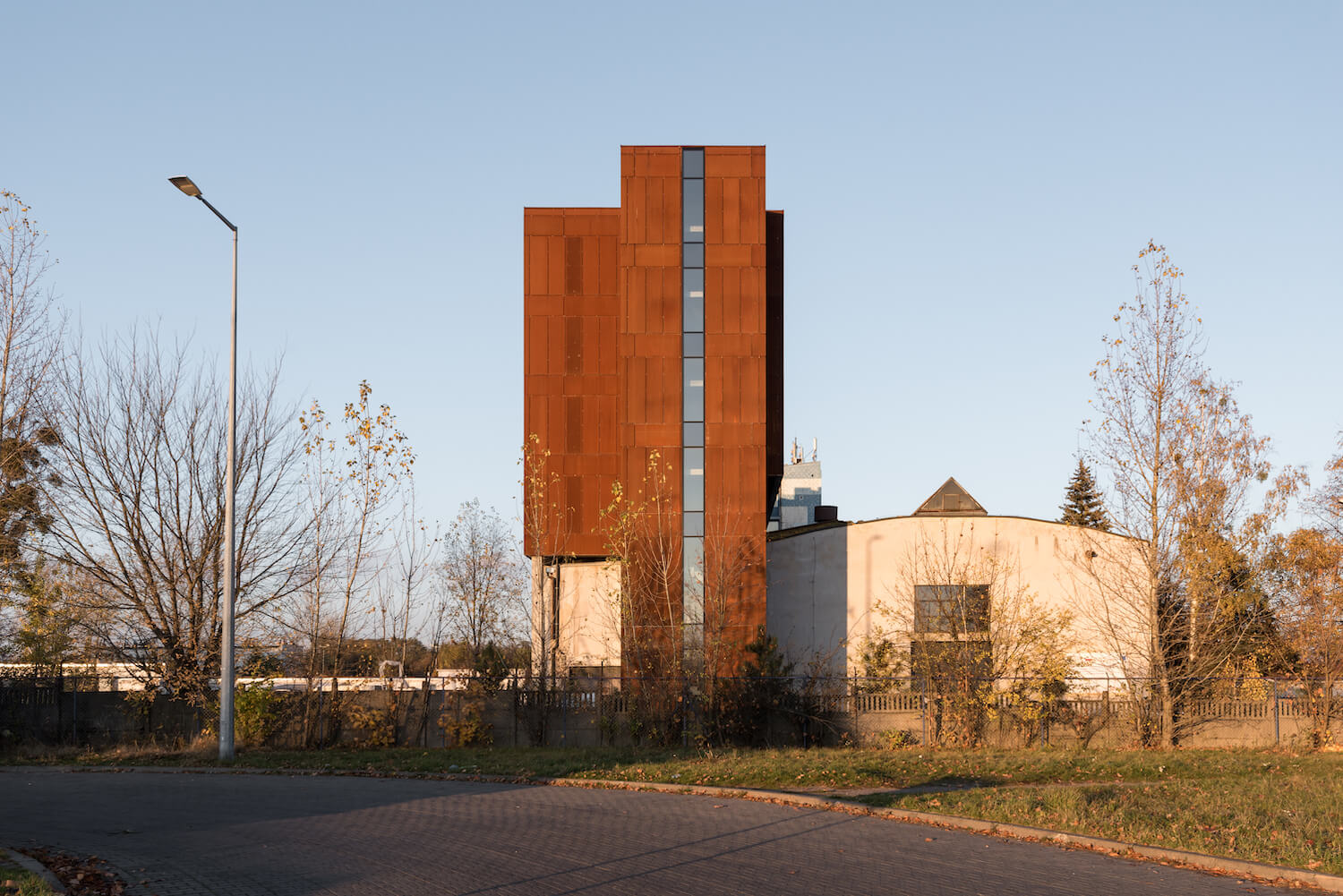 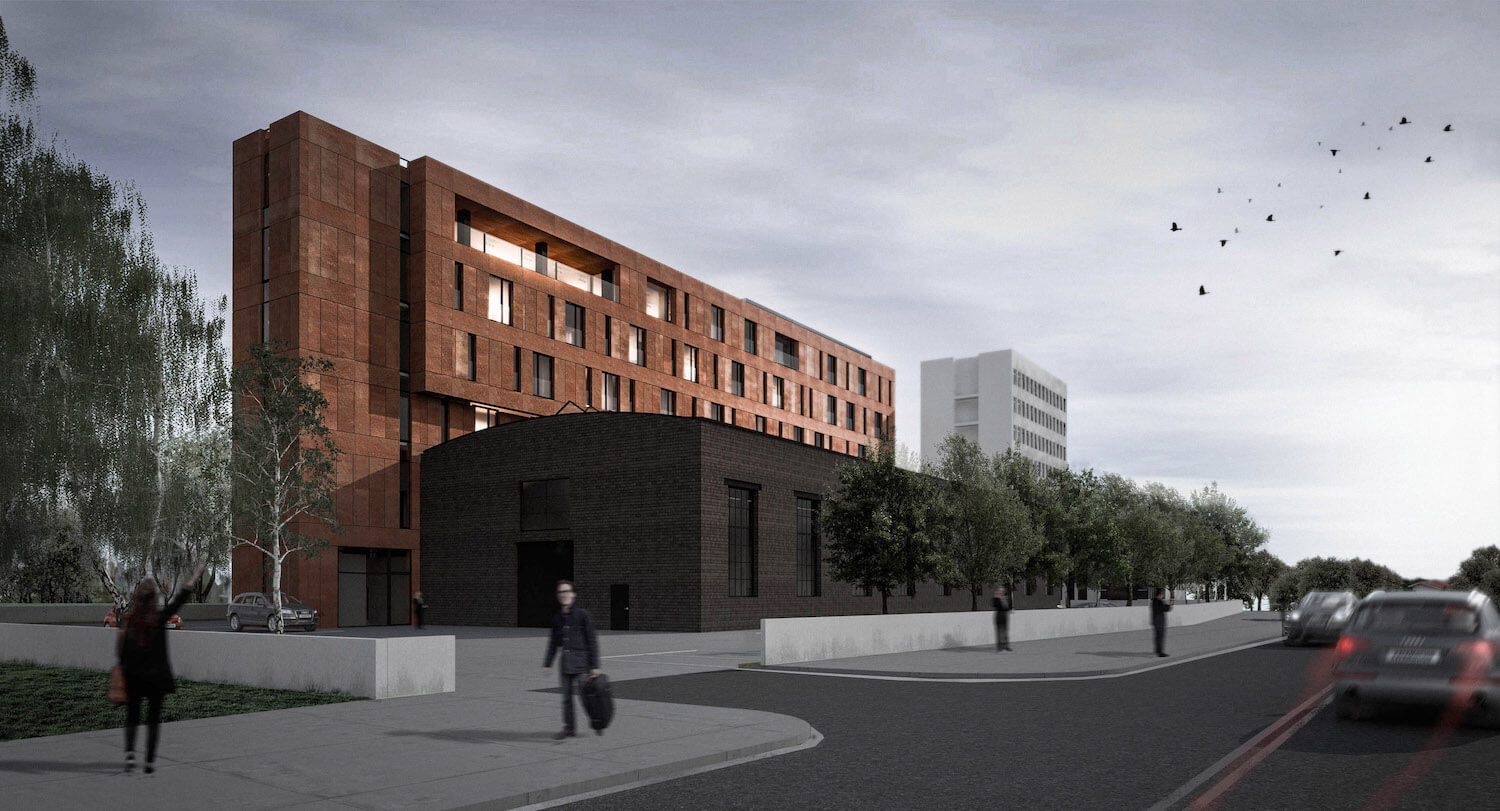 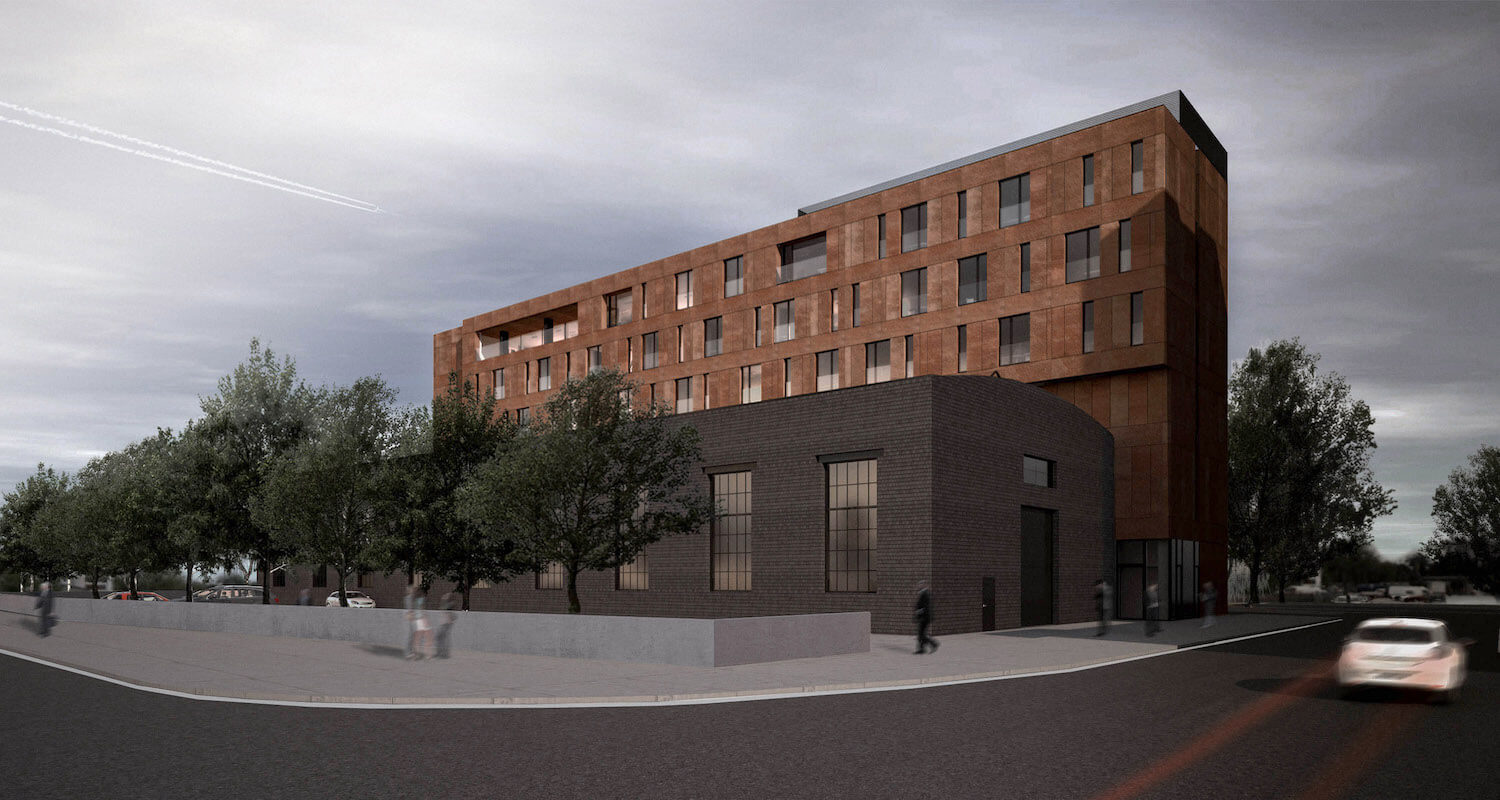 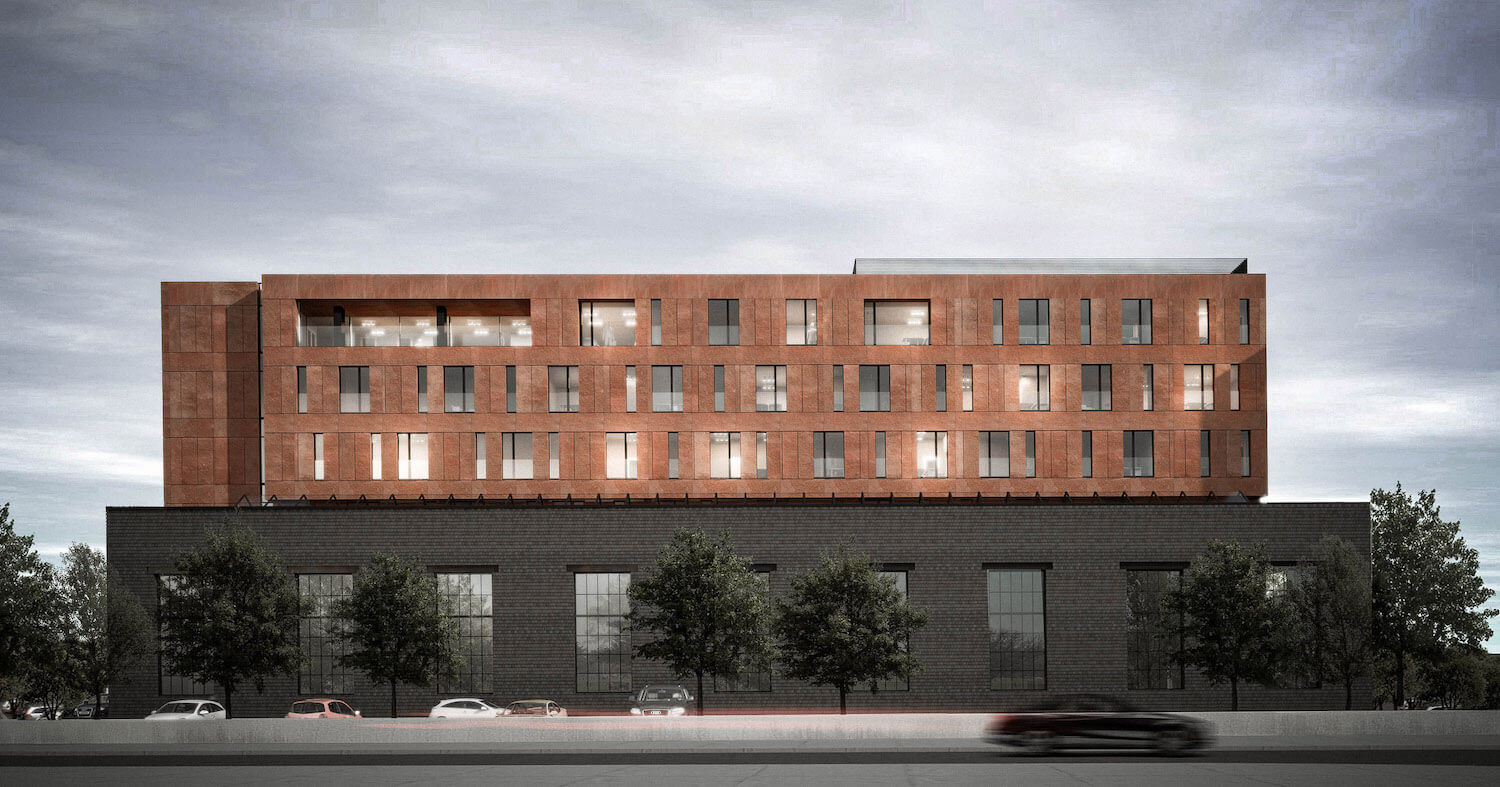 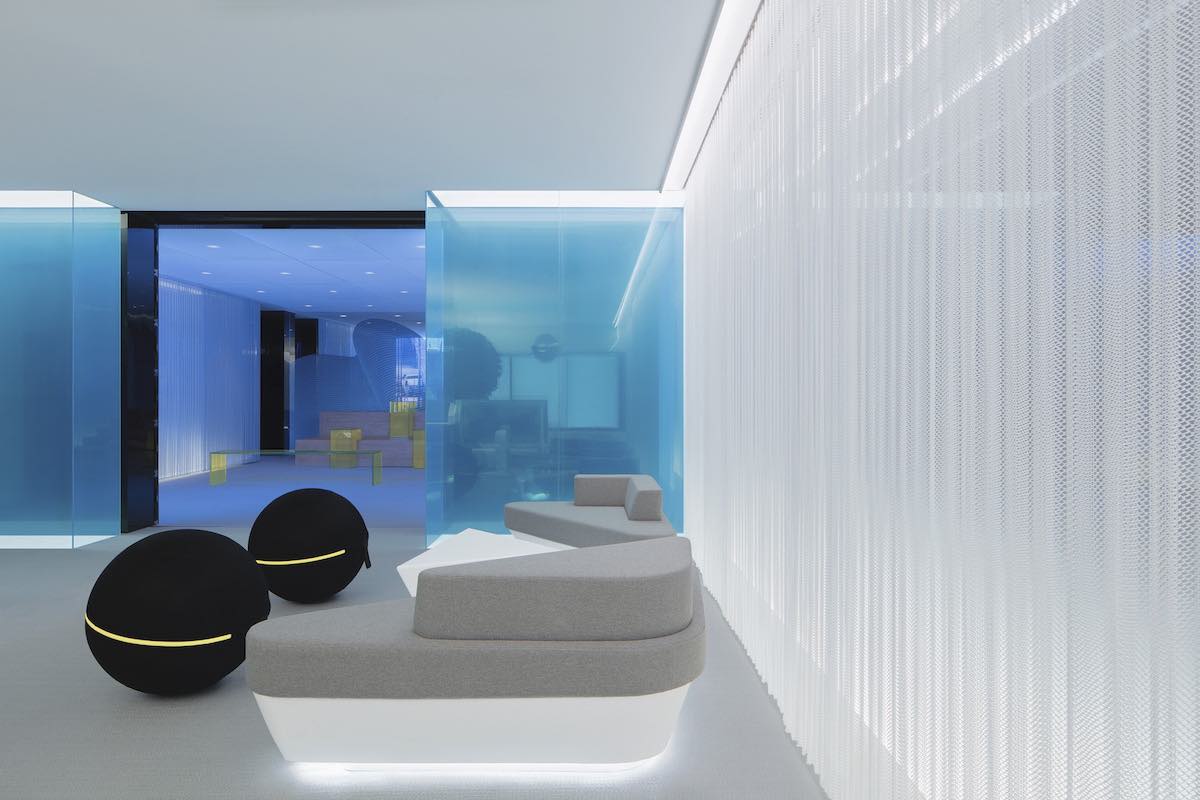 The City Next futuristic showroom by anySCALE 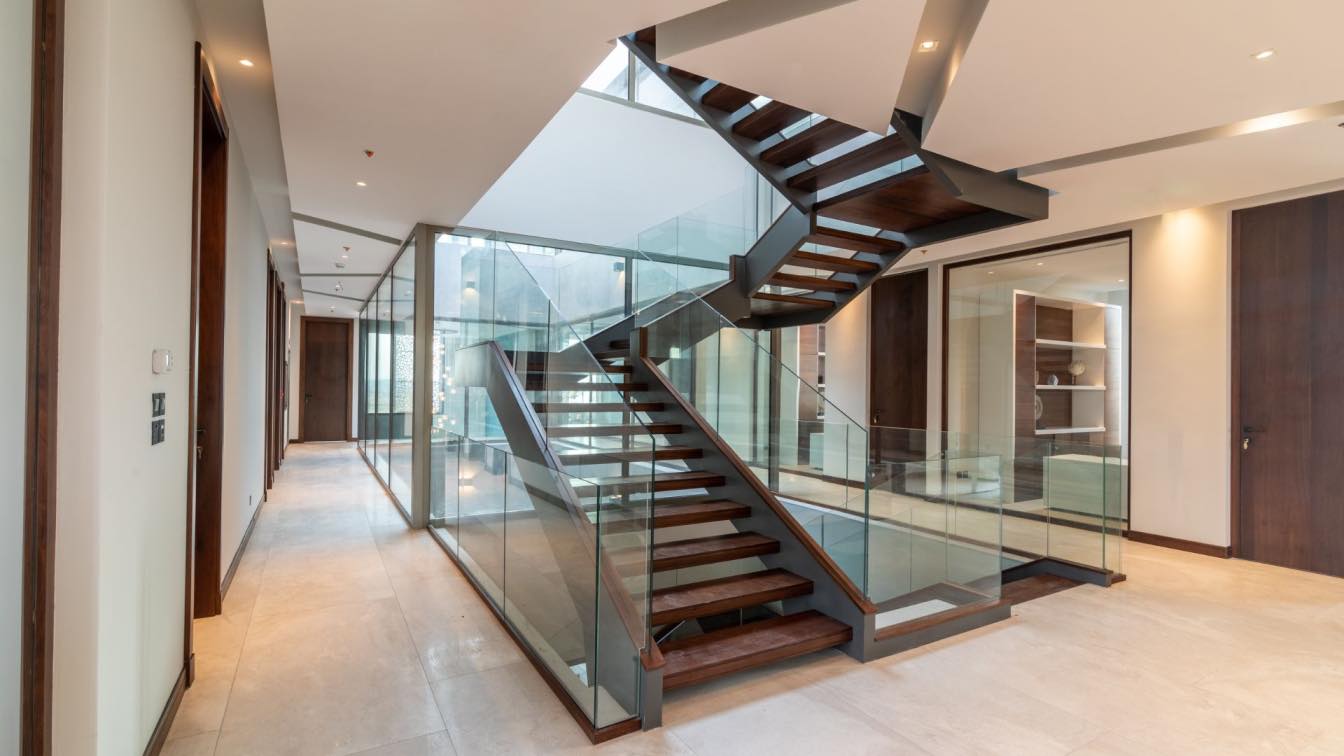 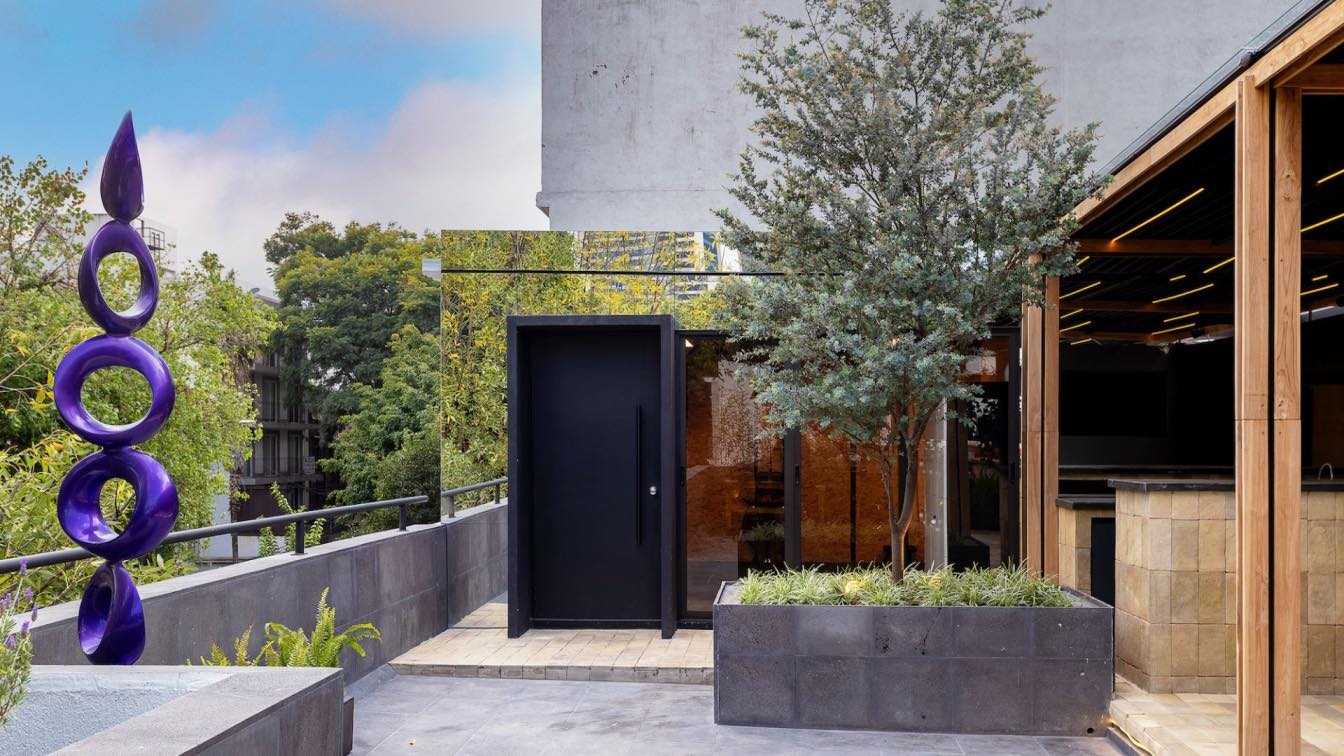 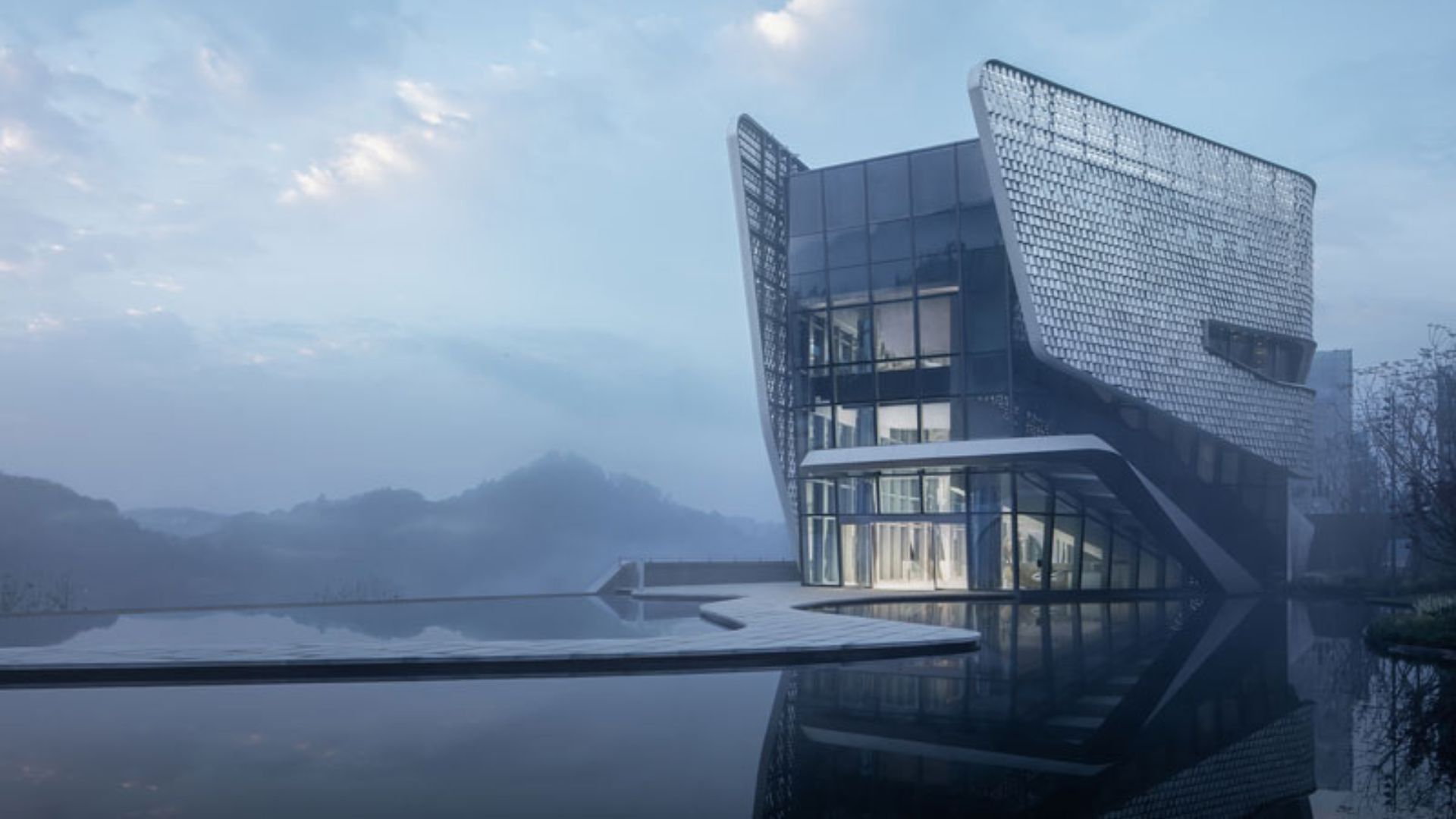