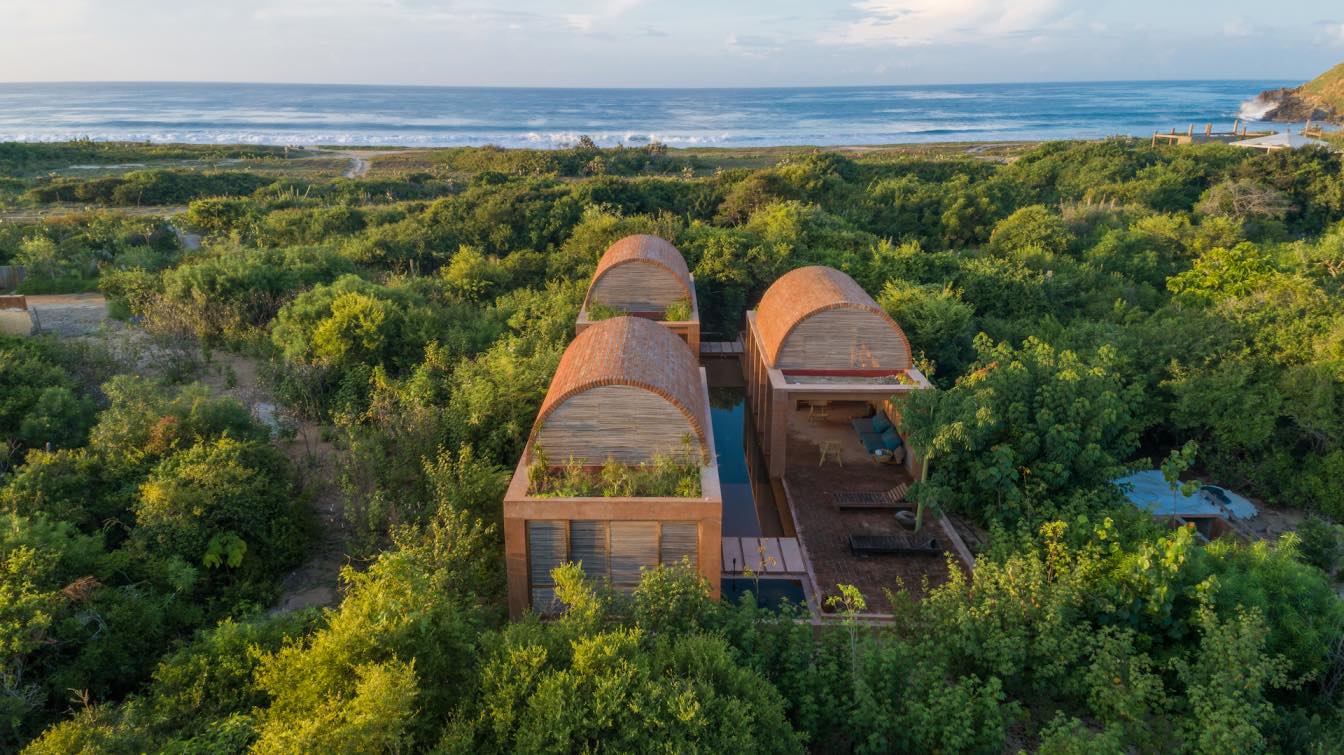 Ambrosi Etchegaray: The first thing you see as you approach Casa Volta are three brick vaults floating amidst the dense vegetation of the Oaxacan coast. Perhaps a mirage caused by the profuse and humid heat of the area. Then, following a small path, one submerges in the vegetation and the vaults disappear. The biggest surprise is when, suddenly, a small clearing opens up and a small bench appears next to a long pool of water flanked on both sides by porticoes of rectangular columns that are reflected in it. It gives the impression of having arrived at an abandoned classical temple.

The house has a rigorous, Kahnian order, it is a rectangular plan subdivided into six spaces which are also rectangular where three courtyards and three alternated spaces roofed by the vaults. In two of them are located the rooms with their bathrooms that open and close through wooden and reed doors; in the third, completely open, are the living, eating and cooking areas. And in the center, the water, as a constant presence and a reminder of the proximity of the sea, which although not visible from there, is only 100 meters away. 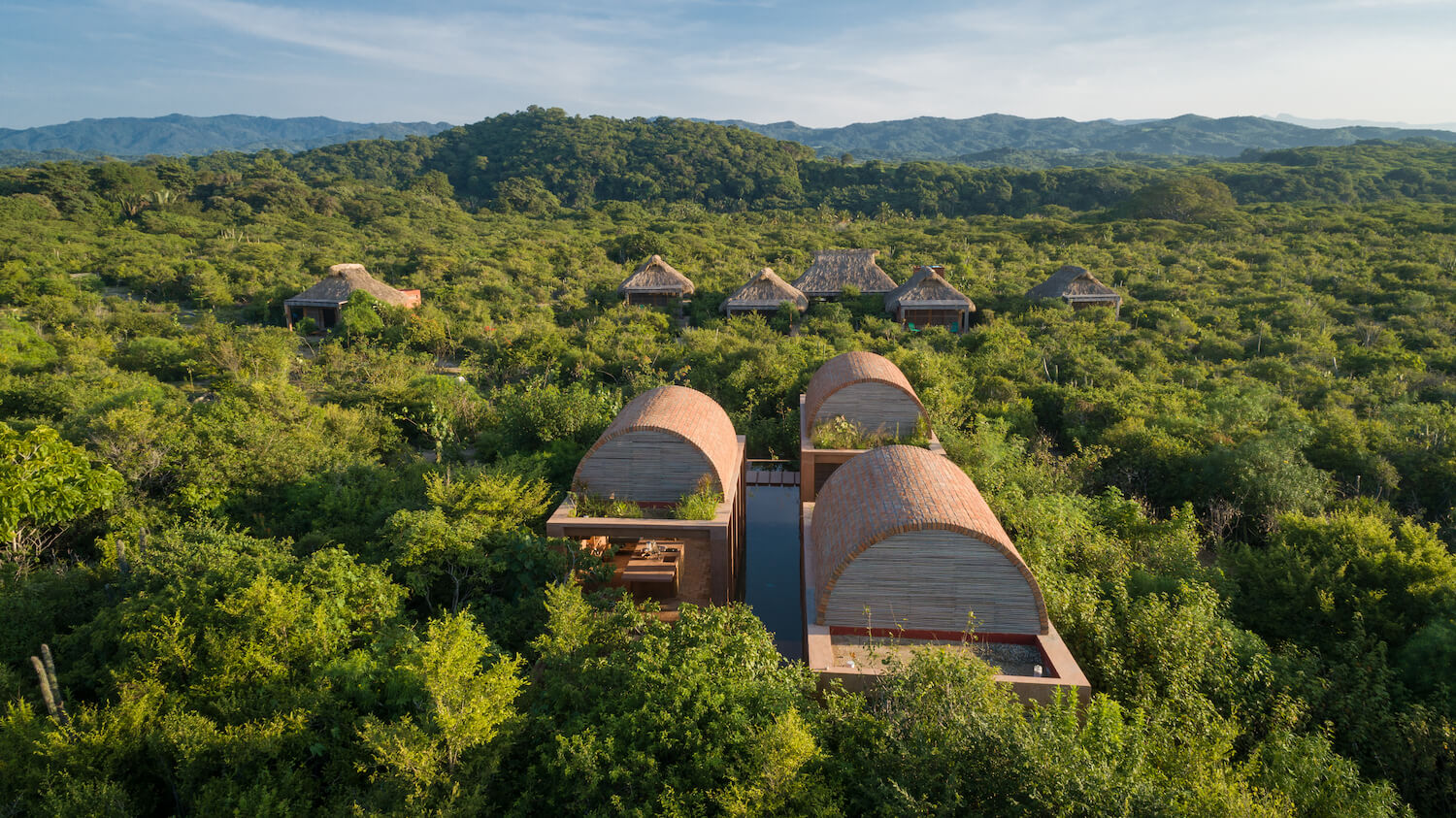 An economical and practical circumstance was what determined the materiality of the house. Nearby is the Casa Wabi Foundation, where clay is baked and where there were available many pieces of waste brick, hence the idea of making reused brick vaults mounted on a concrete structure pigmented with earth tones. A simple construction method that would allow to fulfill the tight construction times that were requested. On the other hand, the vaults, together with the reed lattices, allow the wind to circulate through the interior spaces at all times, while the water cools the exterior, in a climate that is very hot and humid. All this generates an atmosphere of both warmth and freshness at the same time.

The Volta House is a demonstration that with few well thought-out elements it is possible to achieve an appropriate relationship with the climate and with nature, the constructive order does not contradict the apparent surrounding chaos, on the contrary, it complements and blends in; it is also a reminder that simplicity is always elegant. More than a house, this construction is a small haven in the middle of the jungle, the hut where Heidegger would have taken refuge if he had had a more tropical vocation.

The house is designed to offer a lodging experience in a relatively isolated context from infrastructure, the purpose was to offer the user a contemplative space in that context and to push the limits of comfort in contemplation of the natural environment, flora and fauna.

The brick, which arises from the intention of recycling the material previously used in the ovens of Casa Wabi and the concrete that gives the structural solidity and tries to match the chromatics of the brick.

The architectural elements are integrated with the trees and the wild vegetation that surrounds the project. Both interior and exterior spaces are conceived as open pavilions; open to the landscape, to nature, to observe and be observed in the privacy of an environment with minimal human presence. Whether it is a bedroom or a terrace, nature is always integrated and offers different levels and depths to be contemplated and experienced. 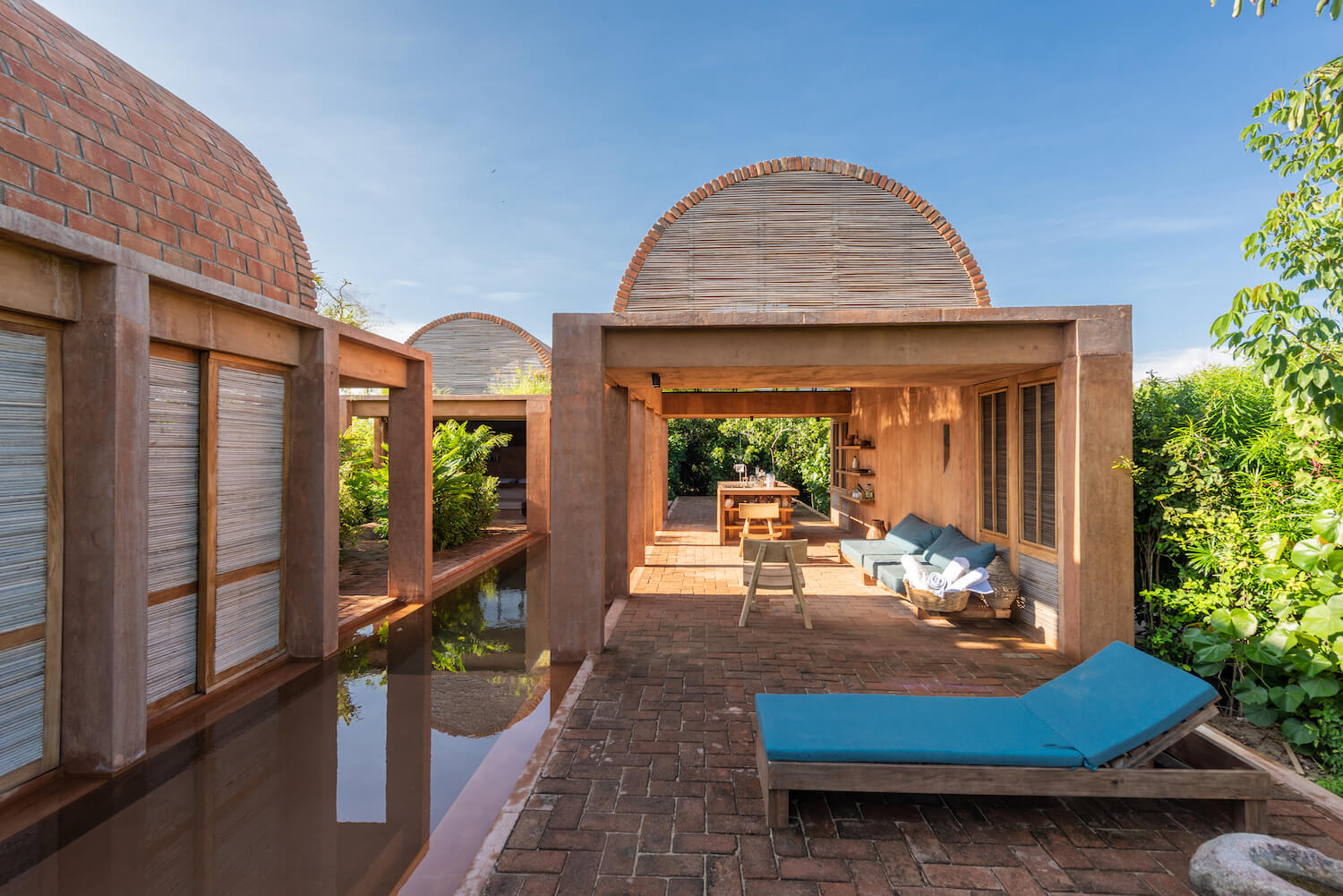 The vaults reuse bricks previously used for sculptures by artist Bosco Sodi at Casa Wabi. This approach comes from the desire to save material, economic and transportation resources. The formal configuration achieves a fresh and authentic space for the context.

The furniture was provided by Década Muebles, and we accompanied the process with Lucía Corredor, who in turn chose to reuse furniture, moving away from the purchasing of new furniture and mass-produced pieces that, in a certain way, lose their essence as generic.

How is the project unique?

From the idea of going into the nature, we decided to play with the pavilions that provide a structure for contained spaces, views and platforms-terraces that create intermediate relationships with nature. This resulted in 6 spaces that alternate throughout the house and are linked by the swimming lane.

We began to think of the modules as unfinished structures. Ruins that speak of passing time. Roman temples began to appear as references to ruins in the landscape and the idea of the column as a transparent solid medium to which the modules relate.

Throughout our profession we have tried to question what is luxury and what is indispensable. The intervention of nature, the freedom to seize a space in such a context and the capacity of the space to embrace you are characteristics that we recognize as luxury.

We seek to emphasize staying in a space that gives you the possibility to feel the sea breeze, the wind, and the freshness of the brick, we understand them as a luxury for a few days near the sea. 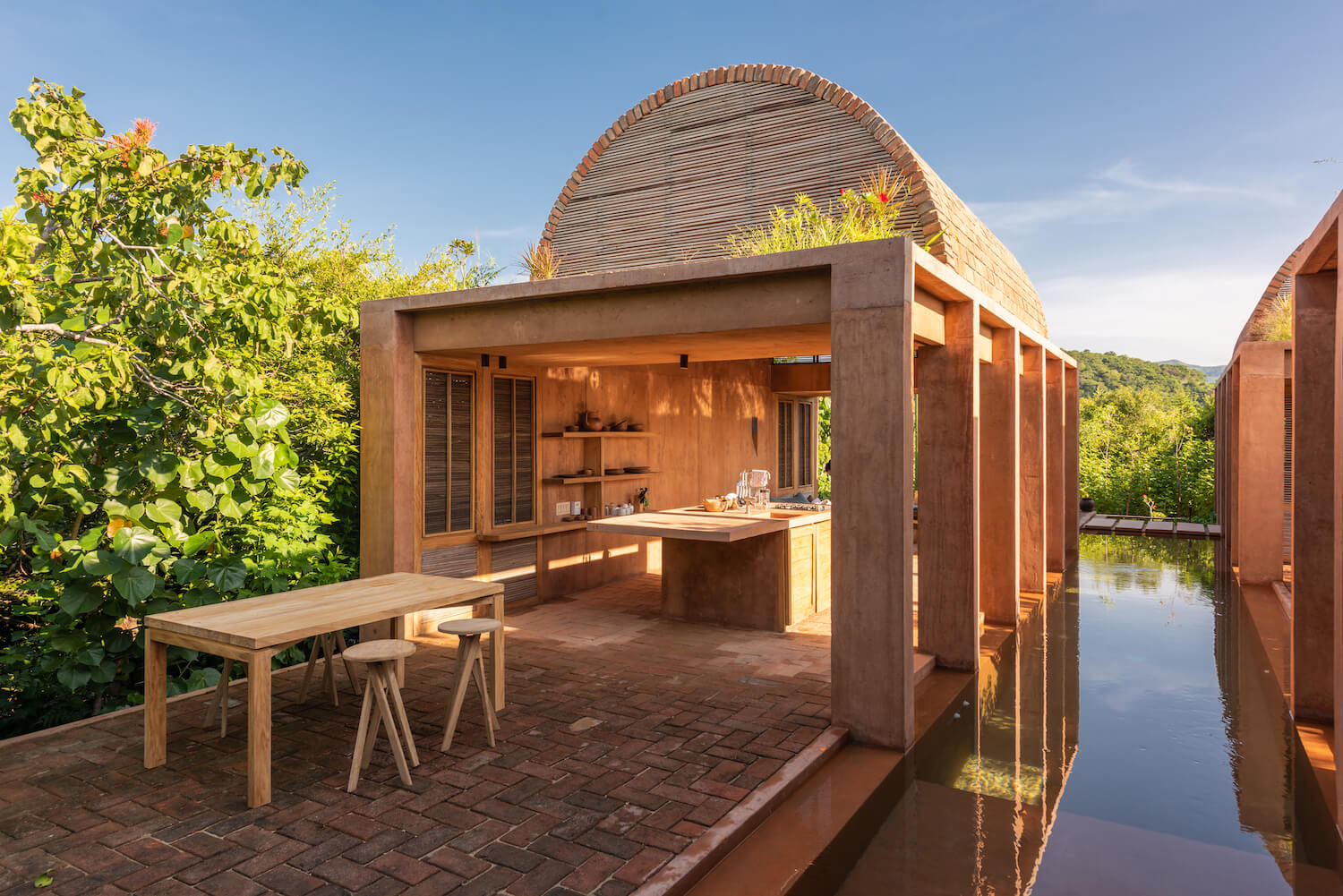 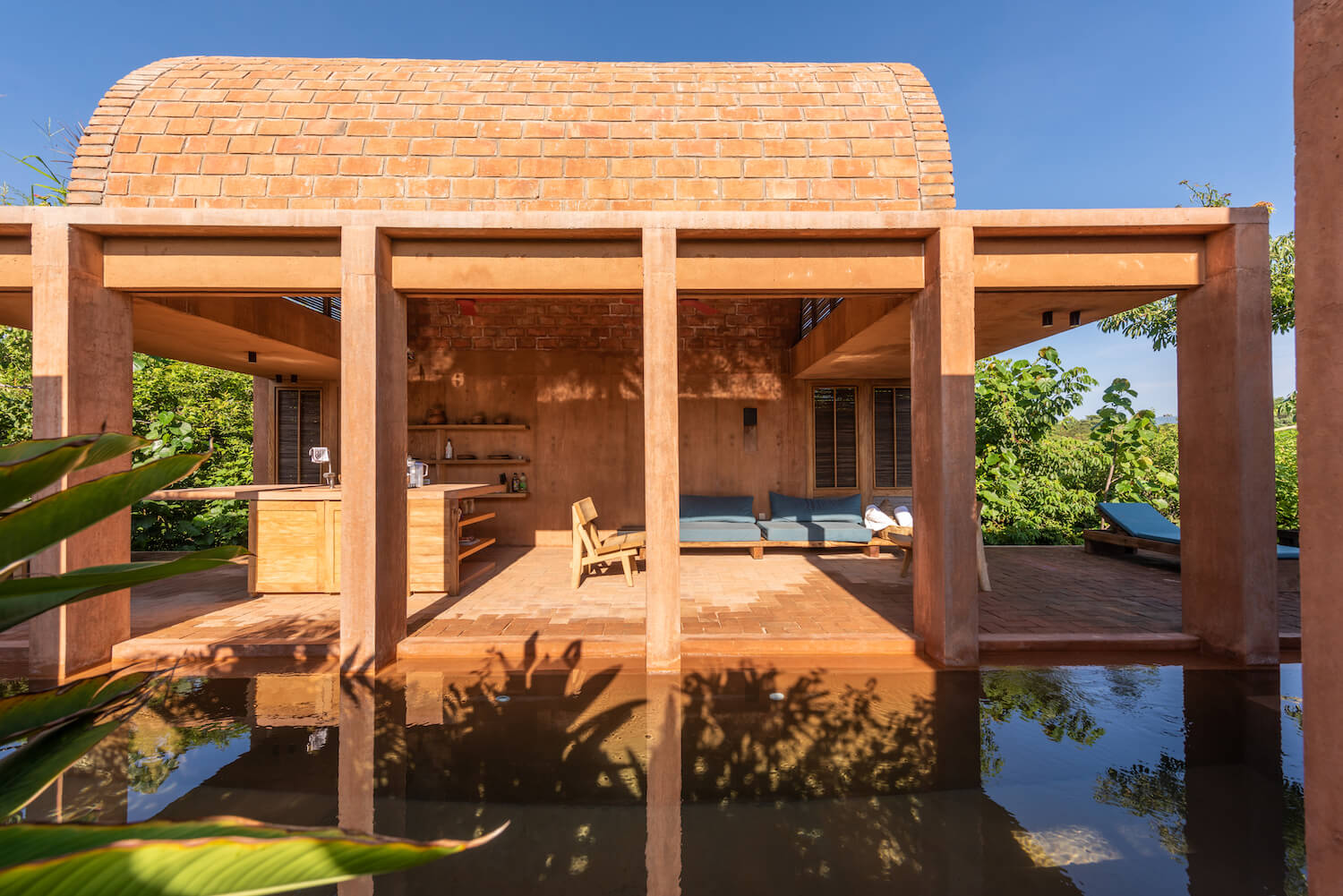 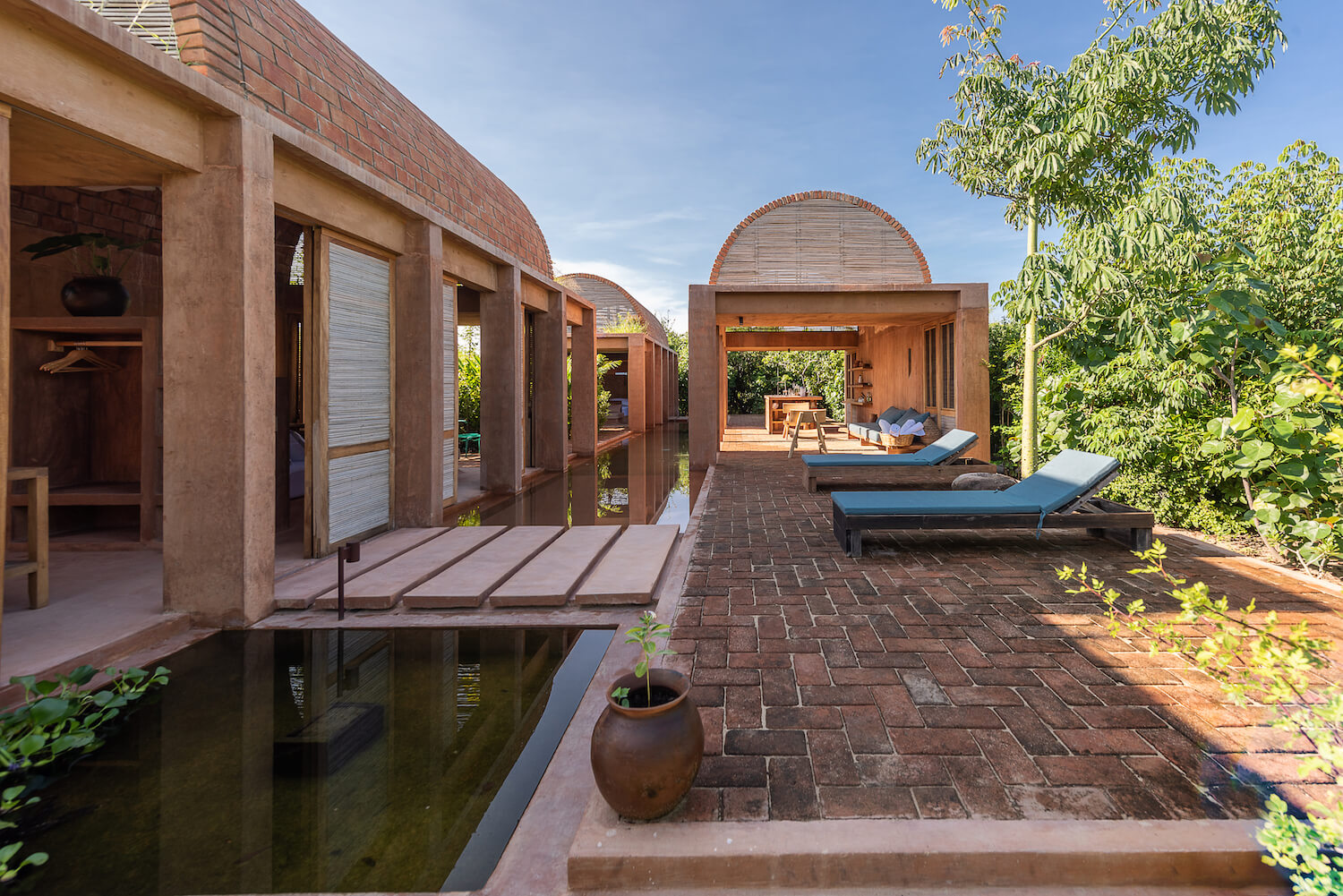 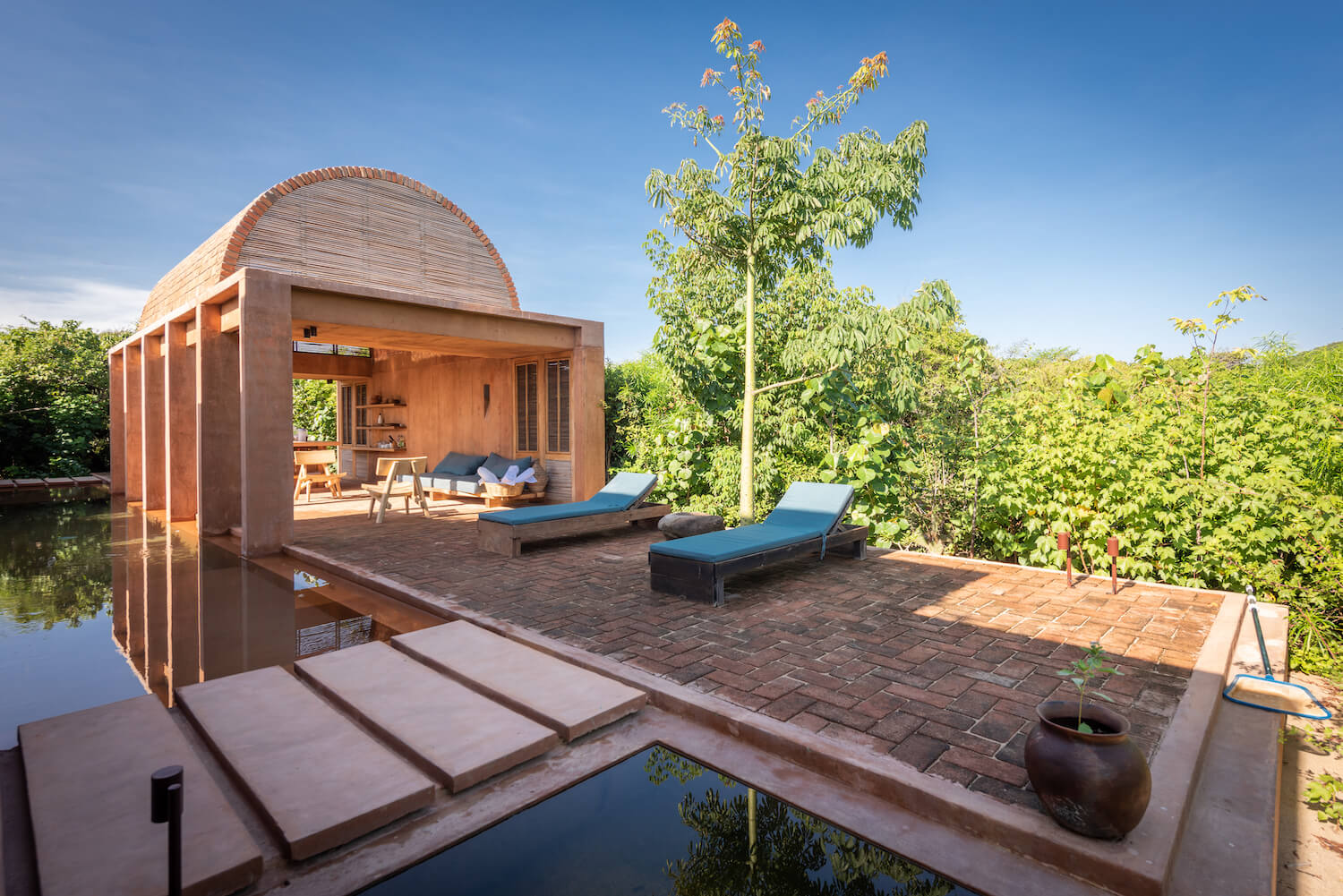 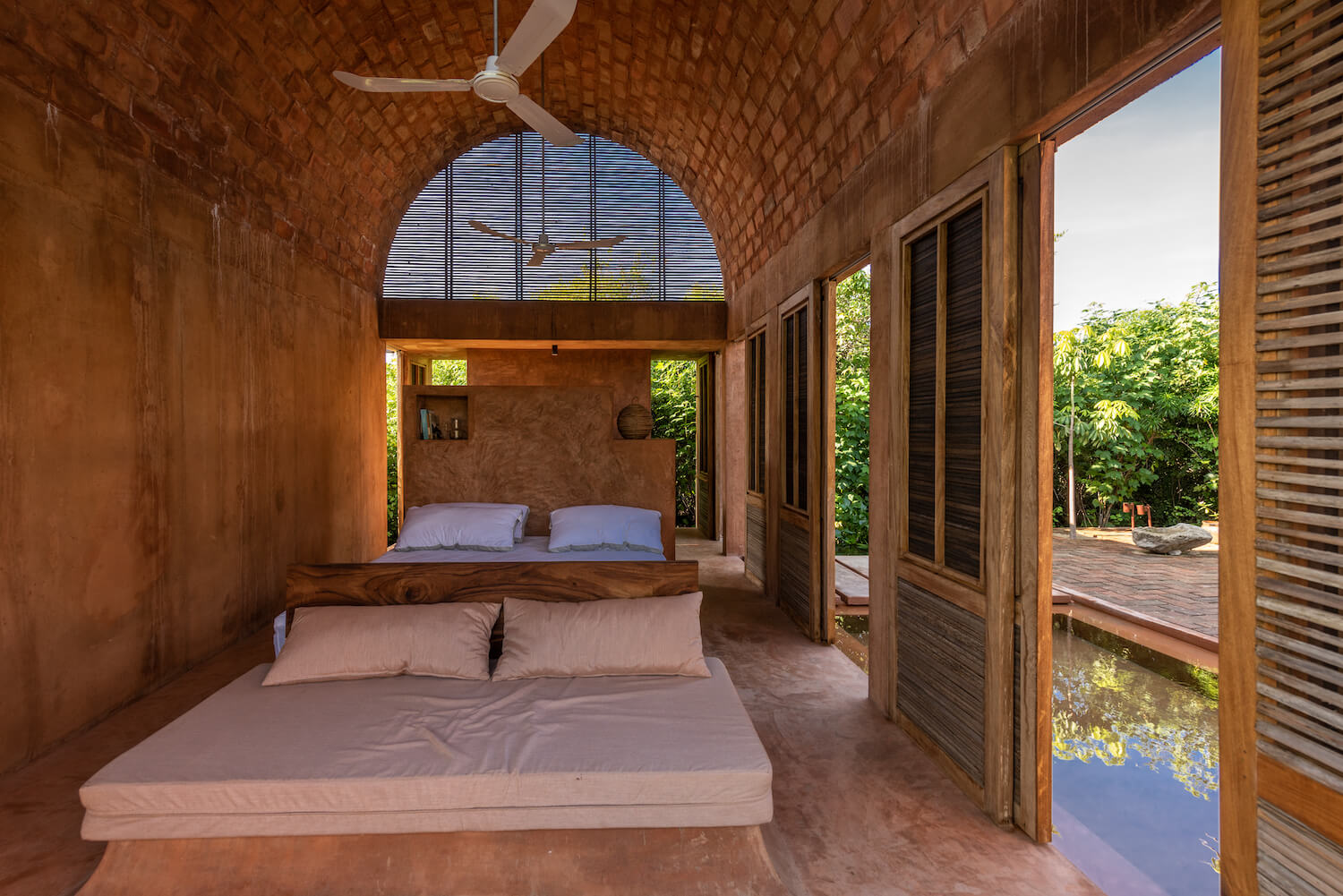 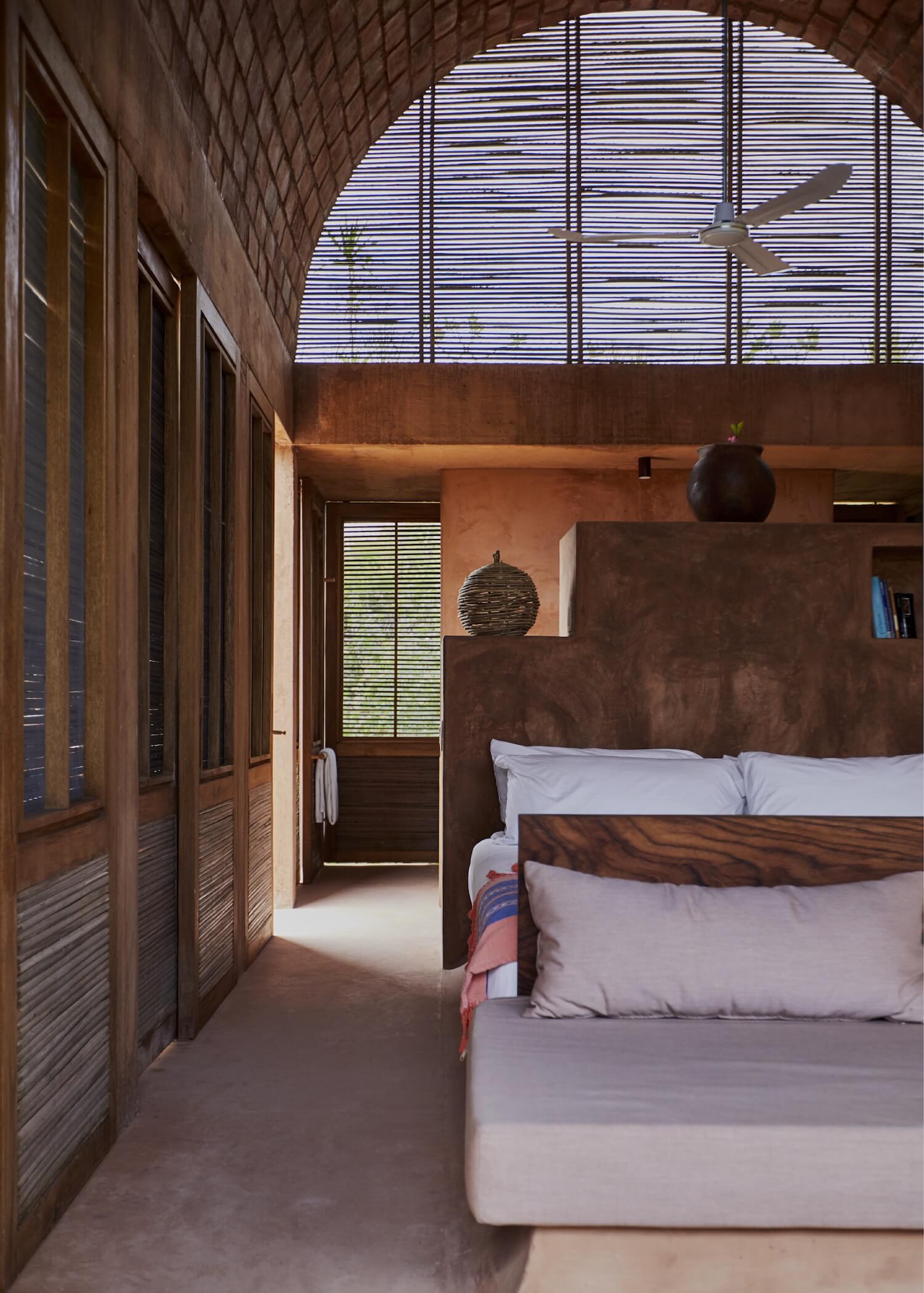 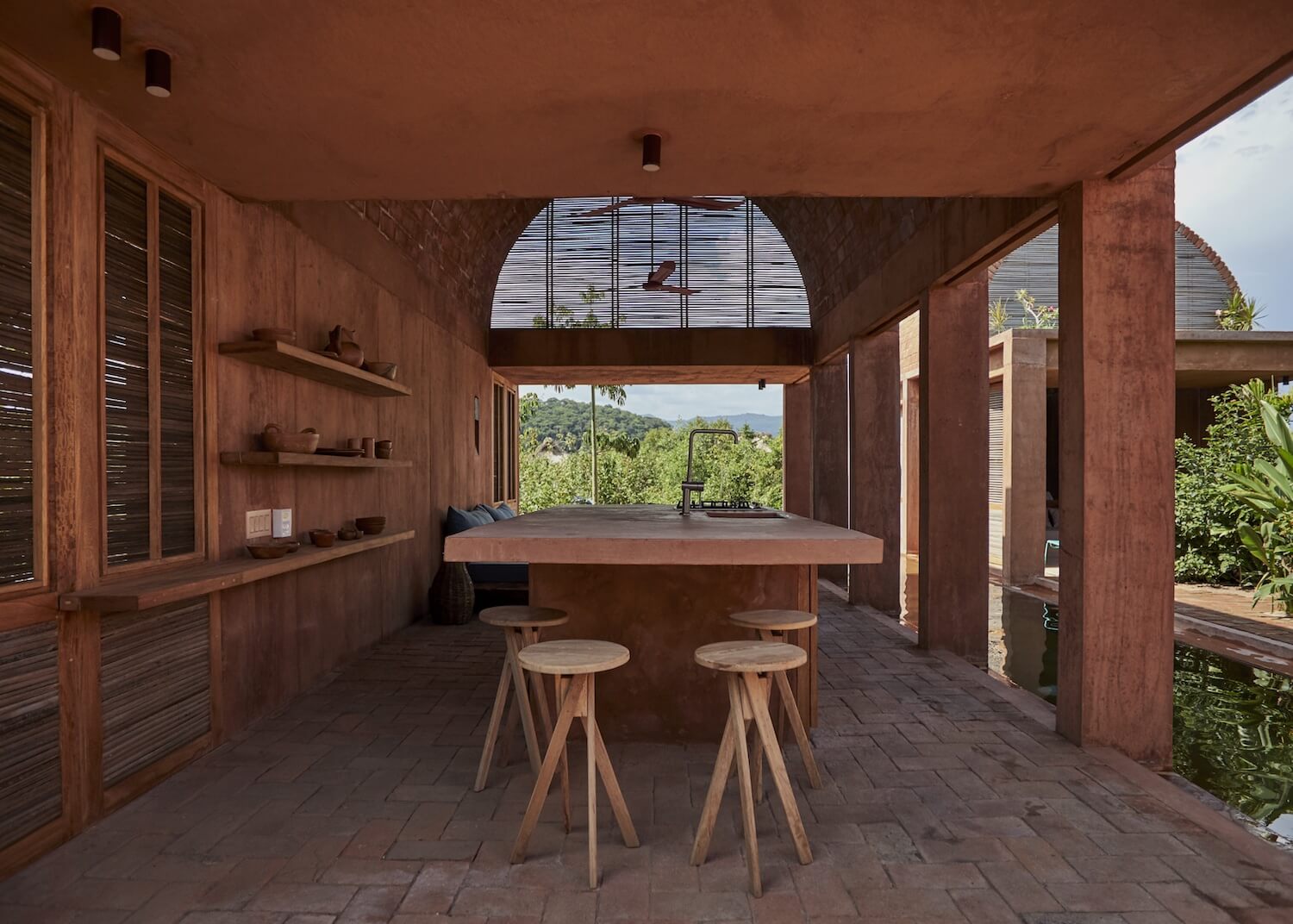 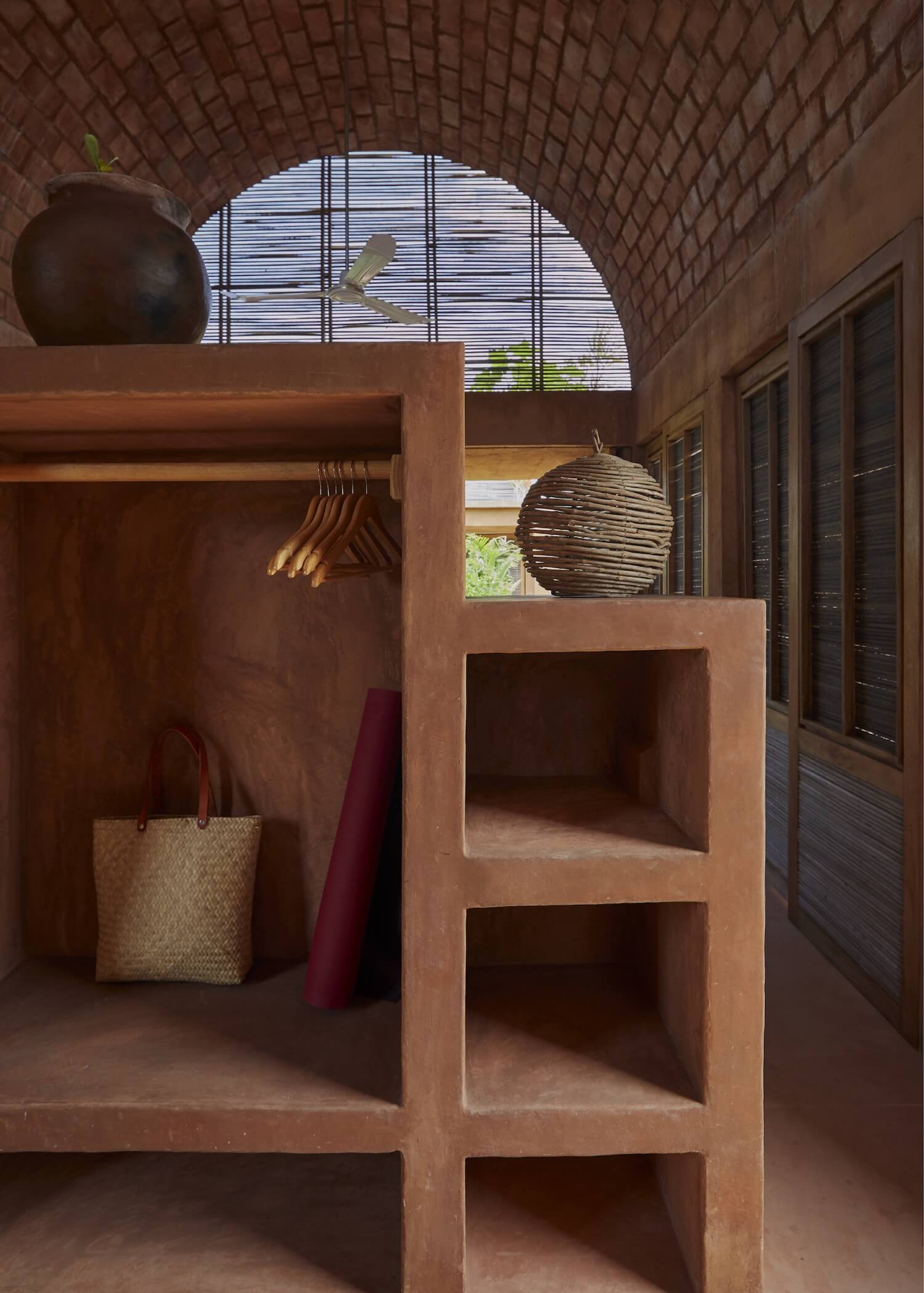 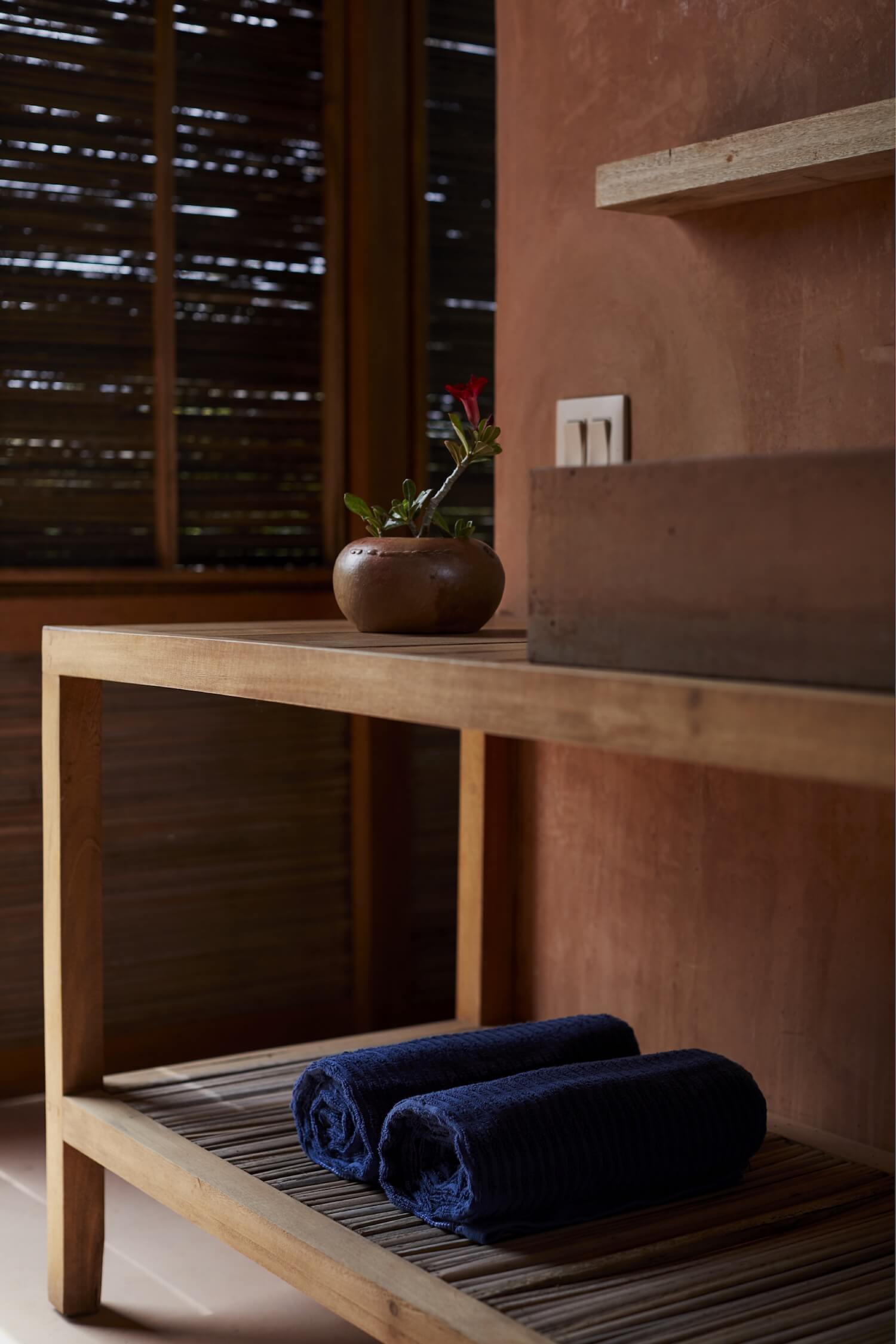 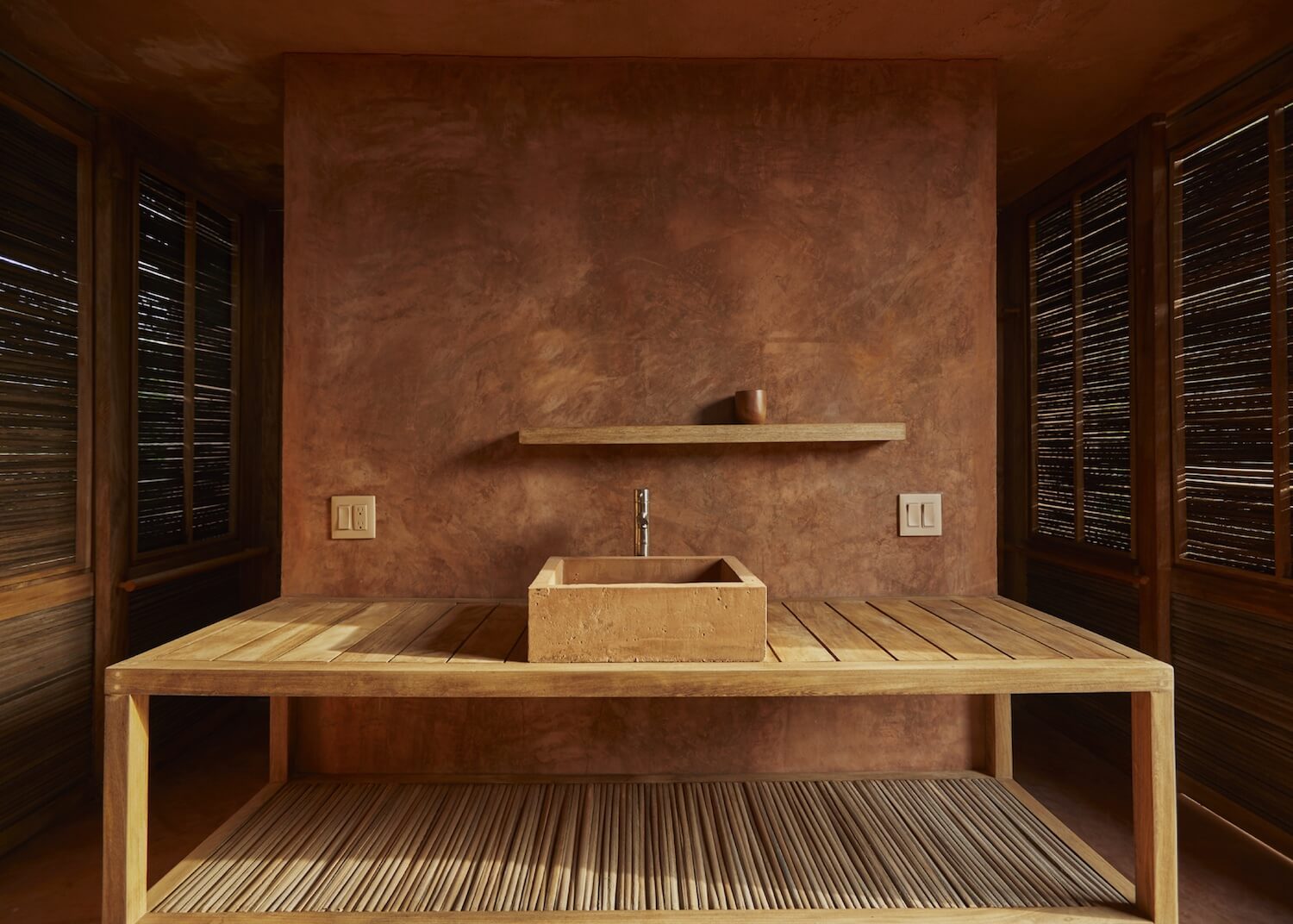 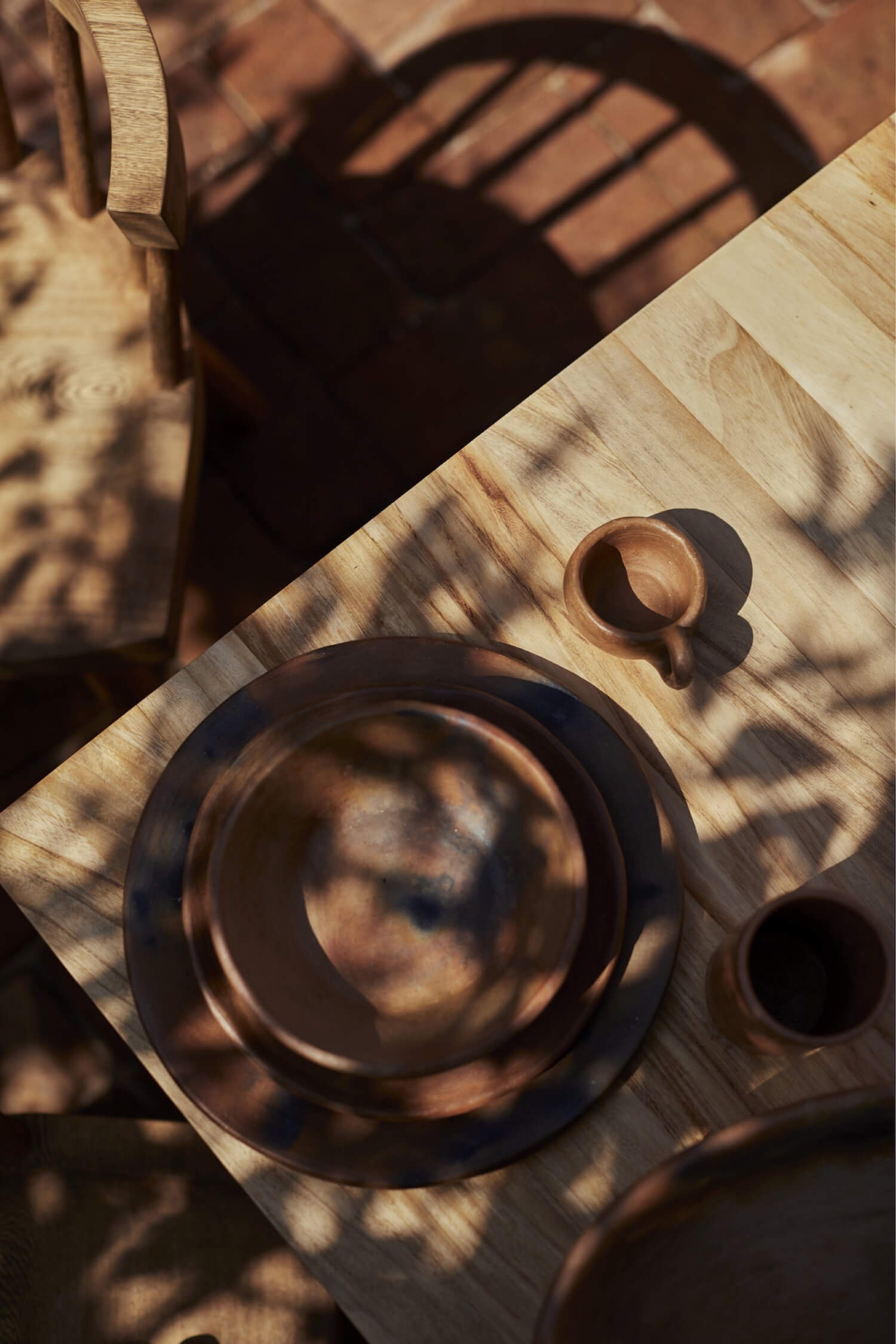 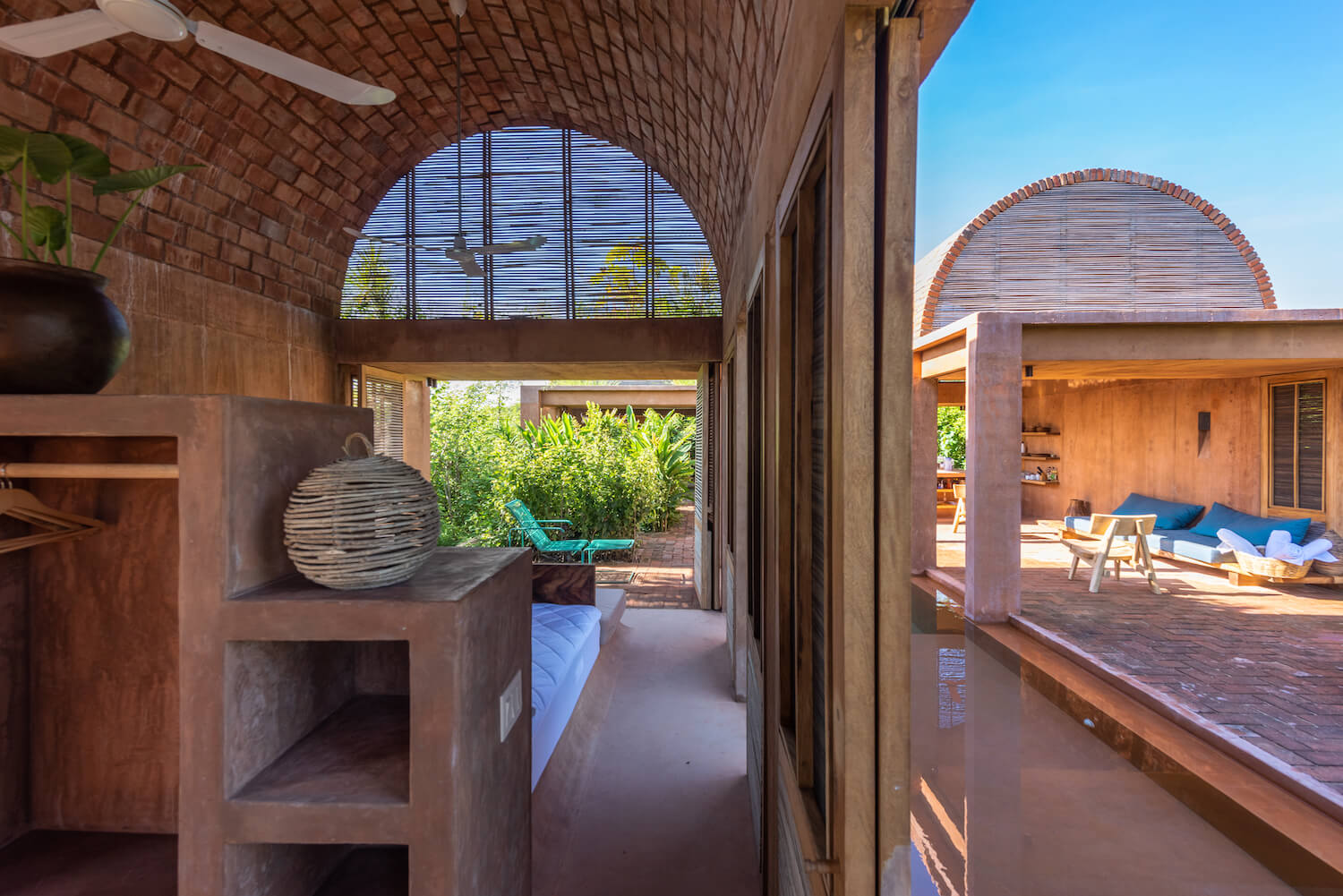 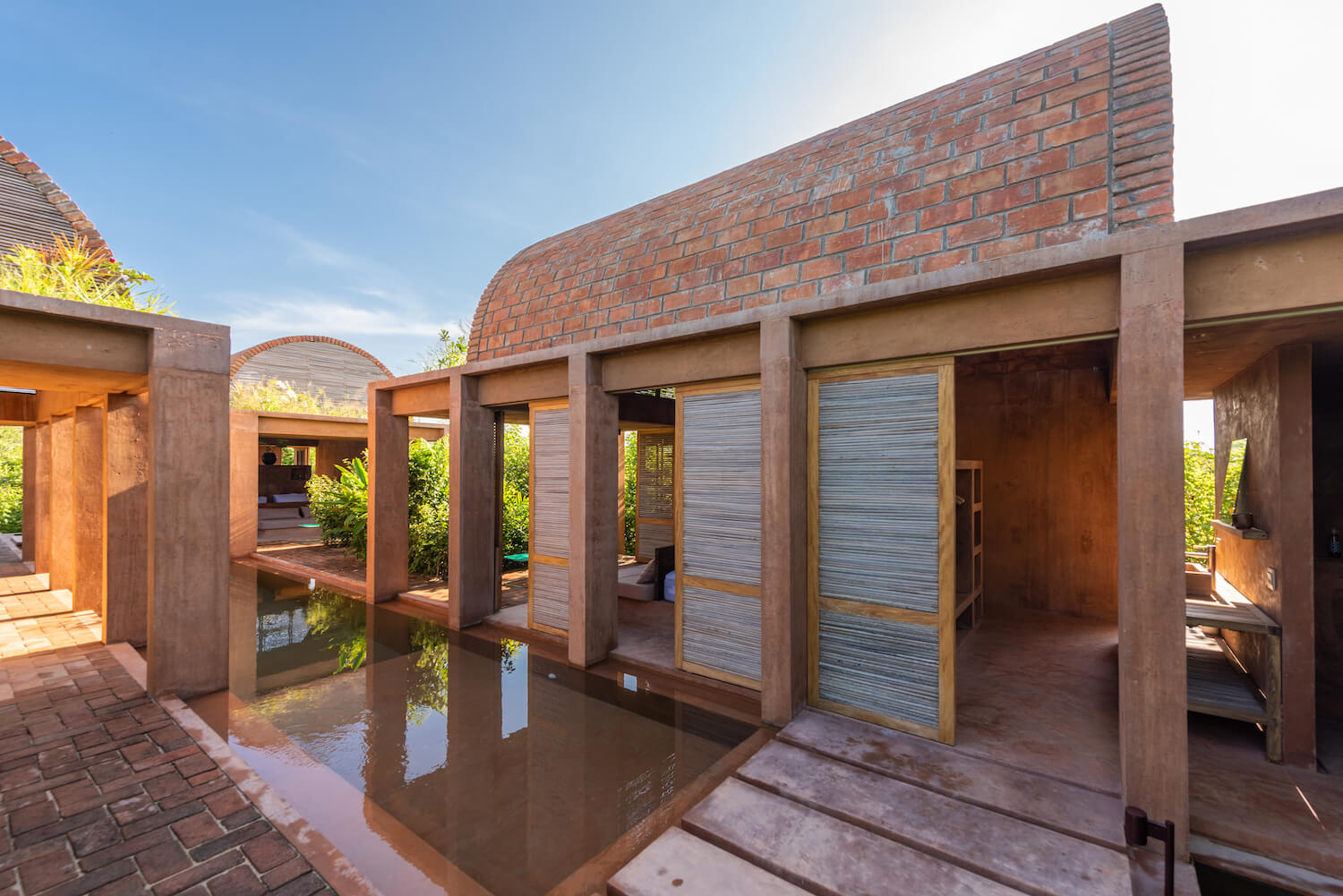 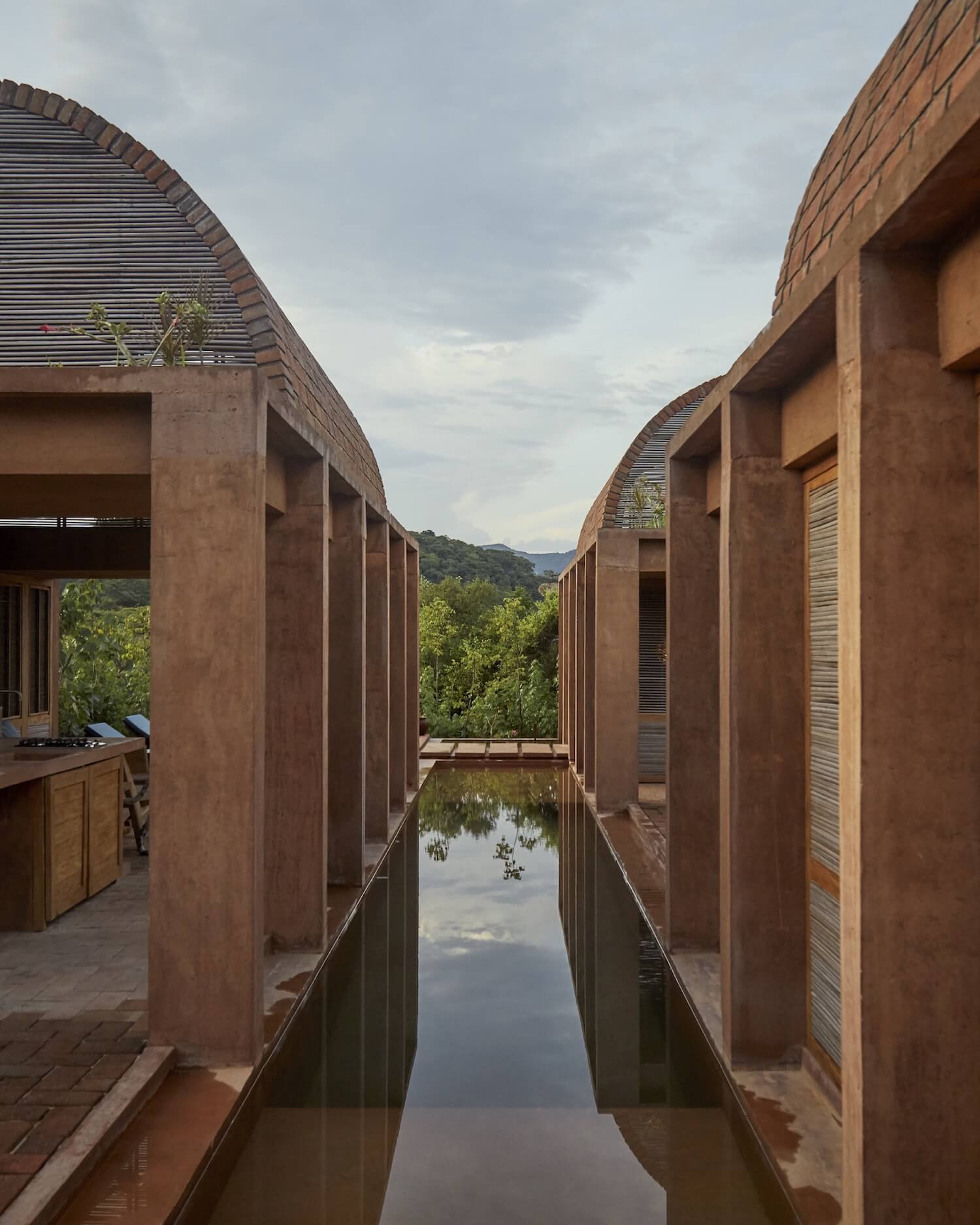 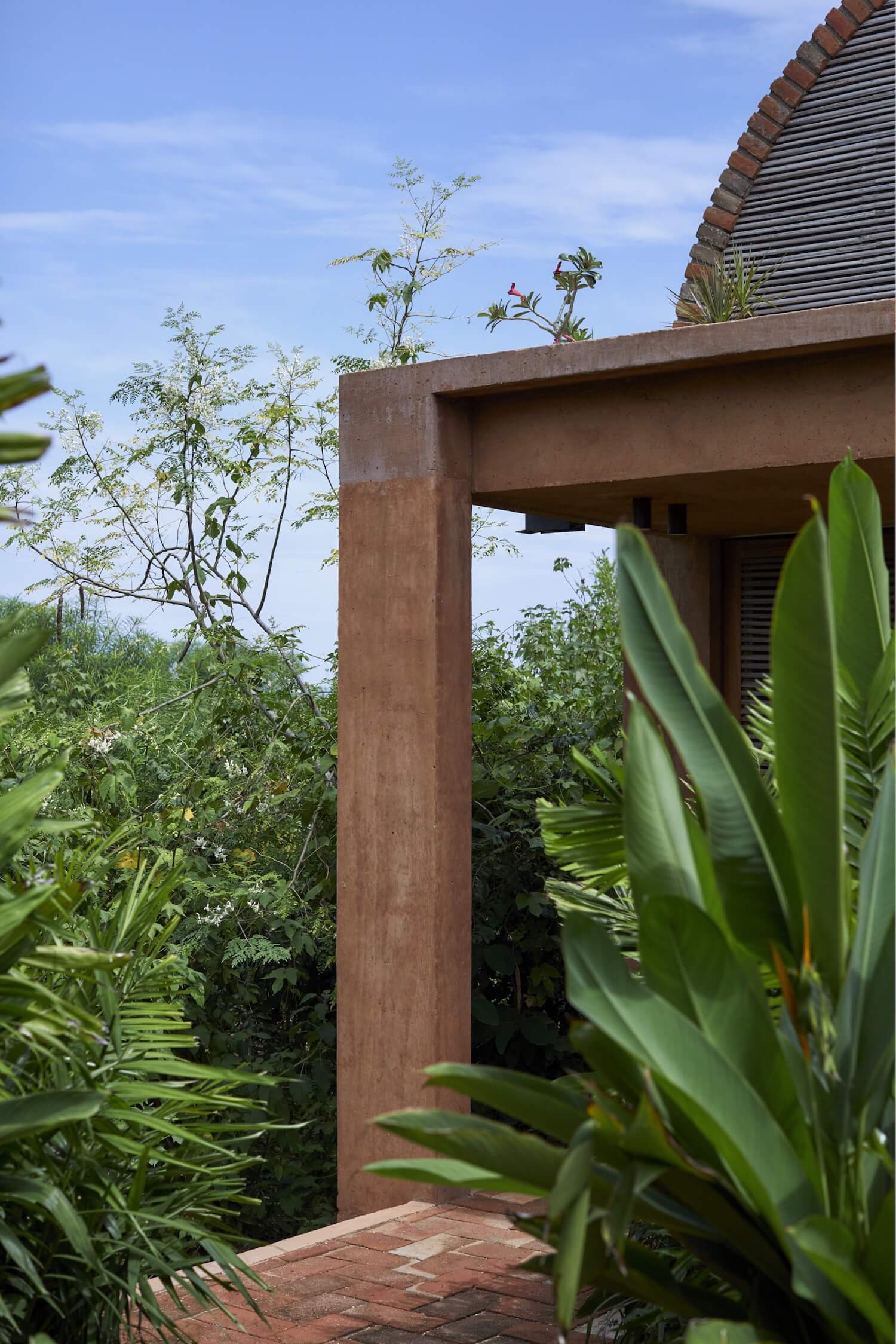 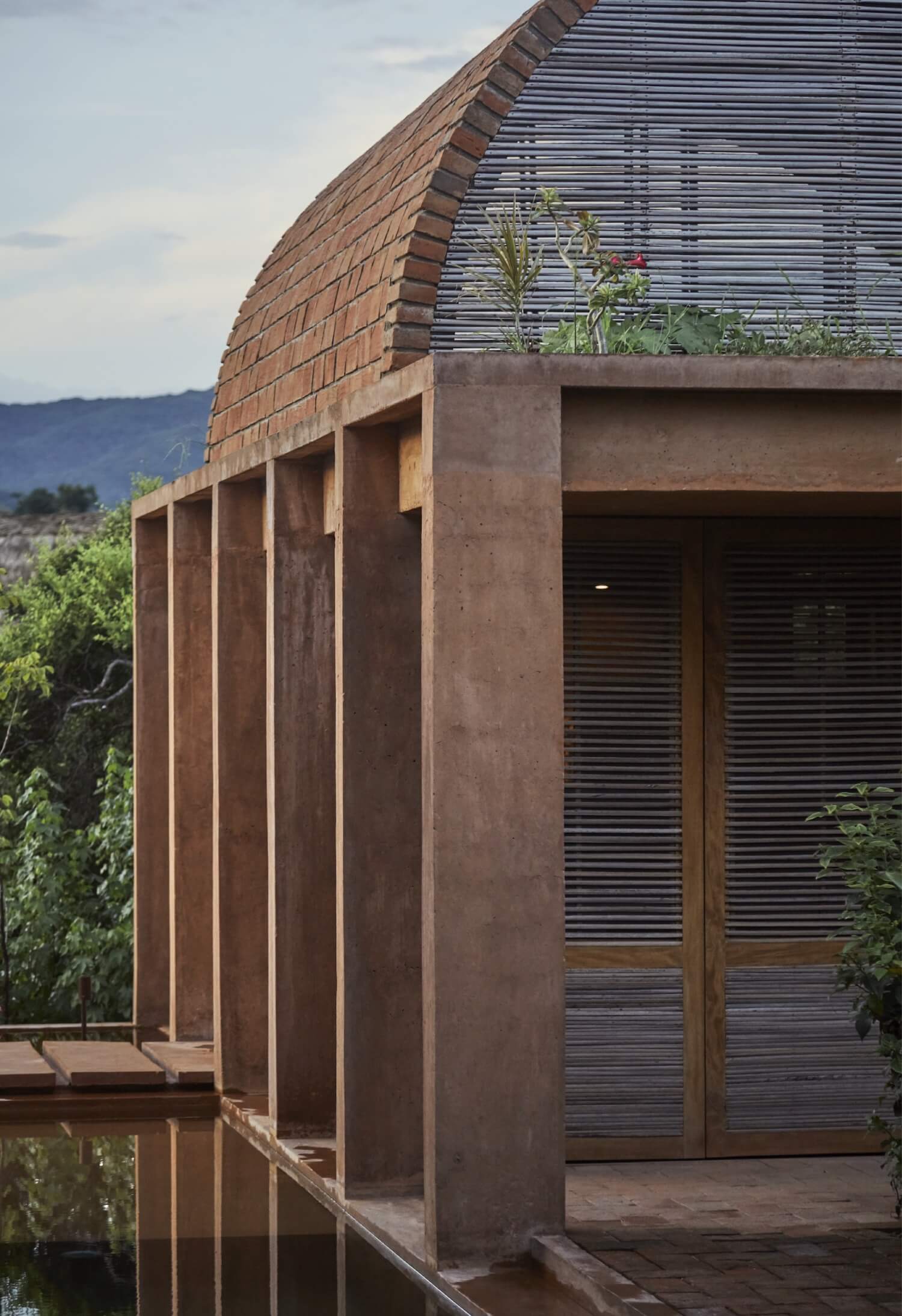 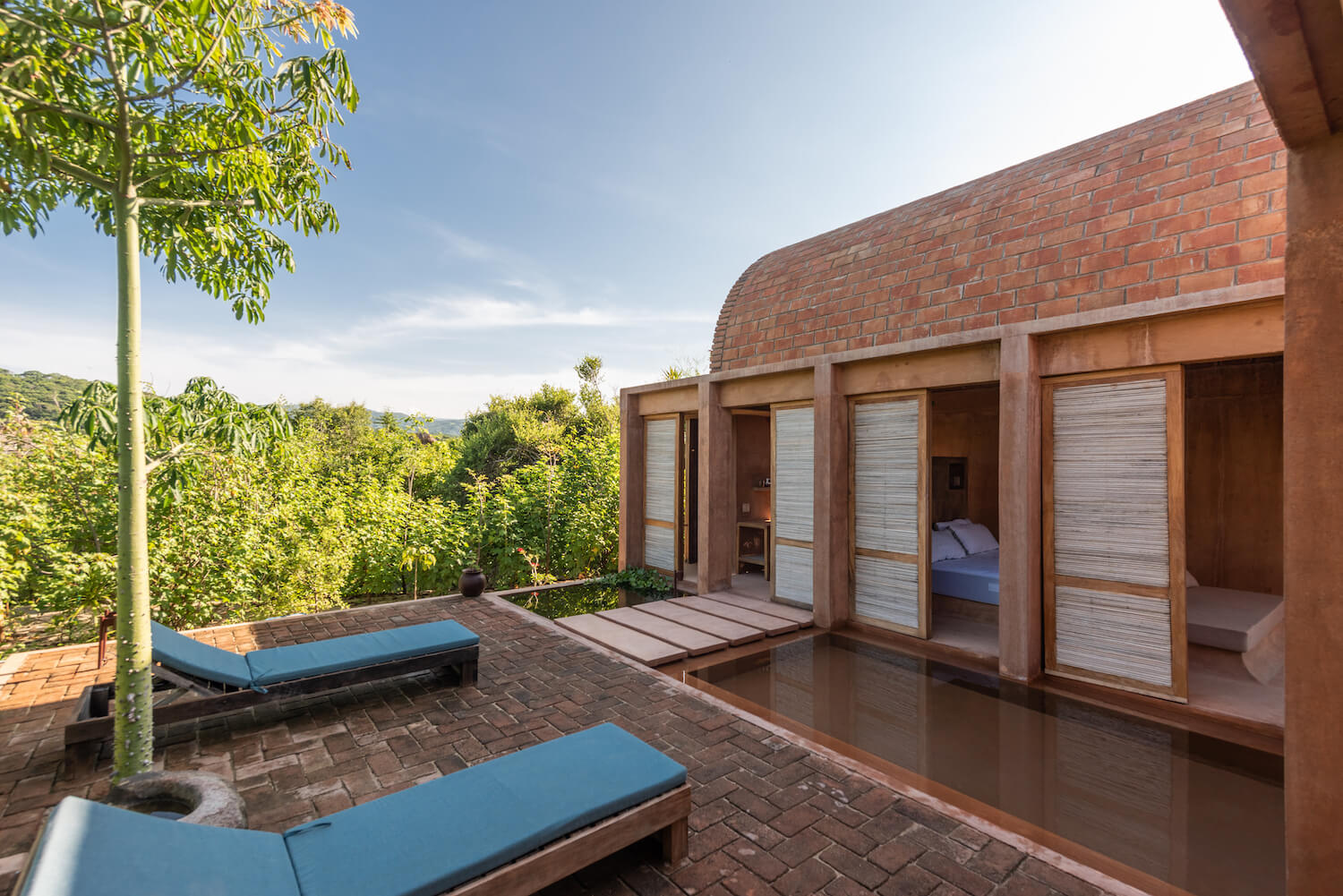 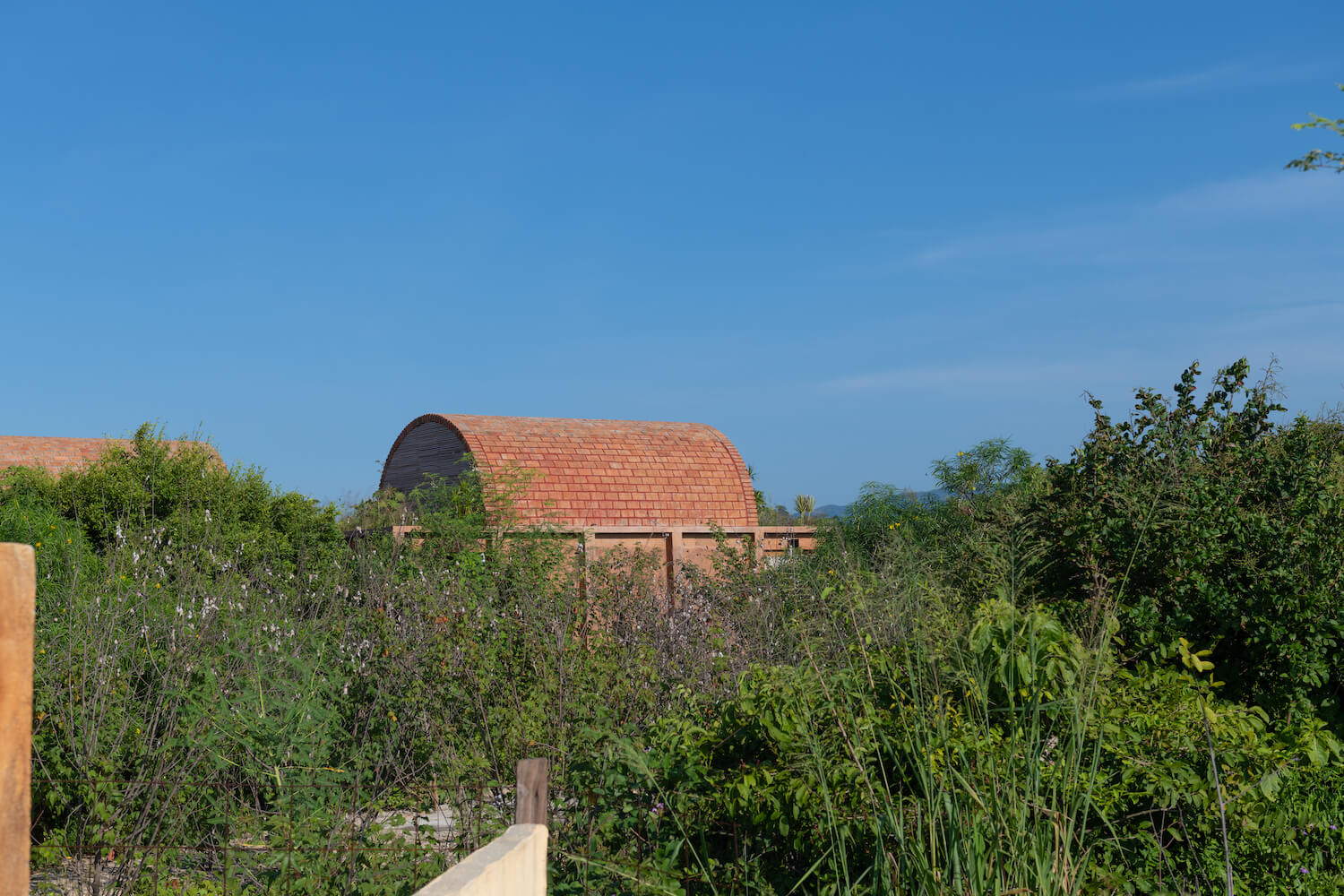 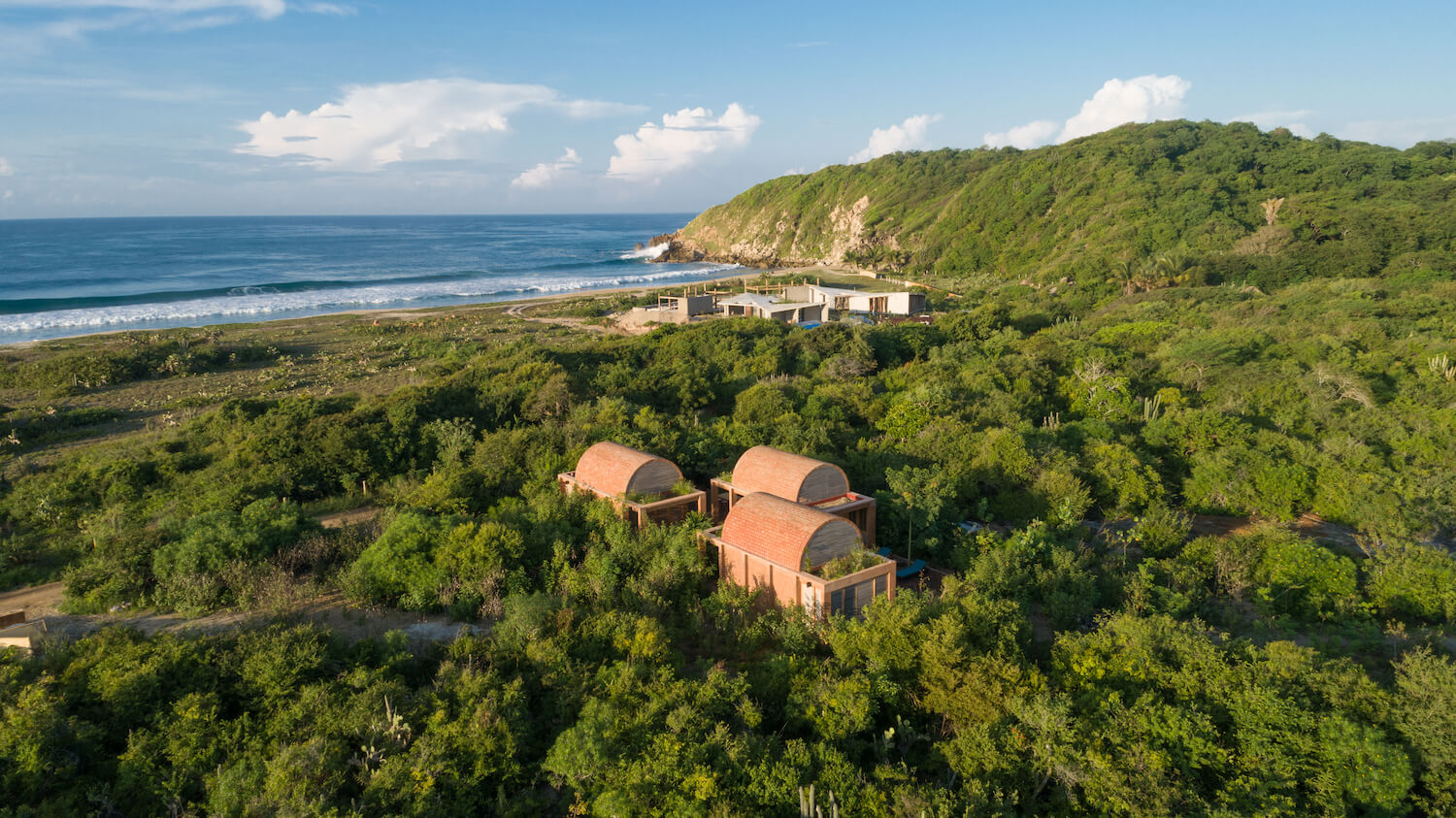 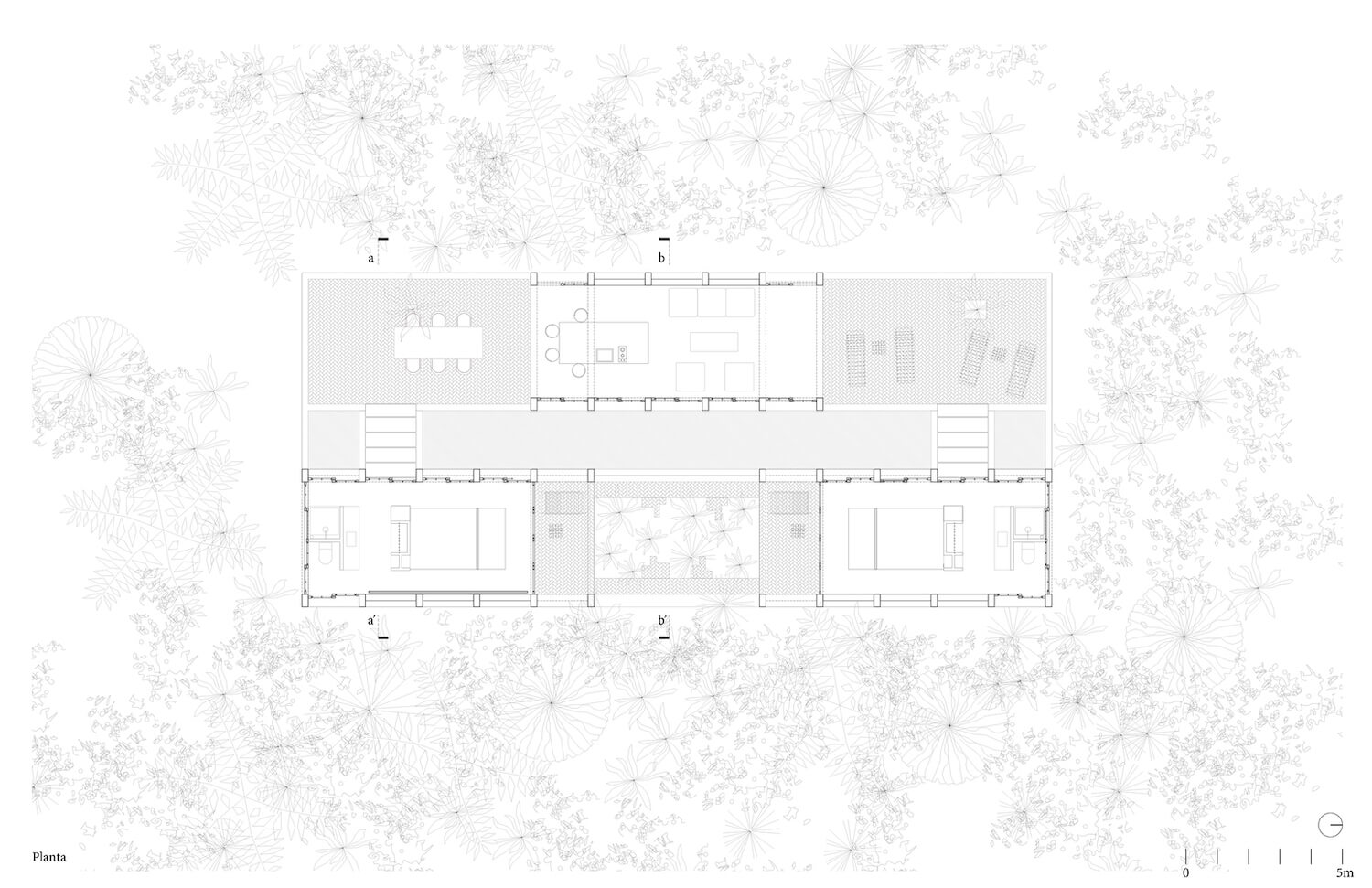 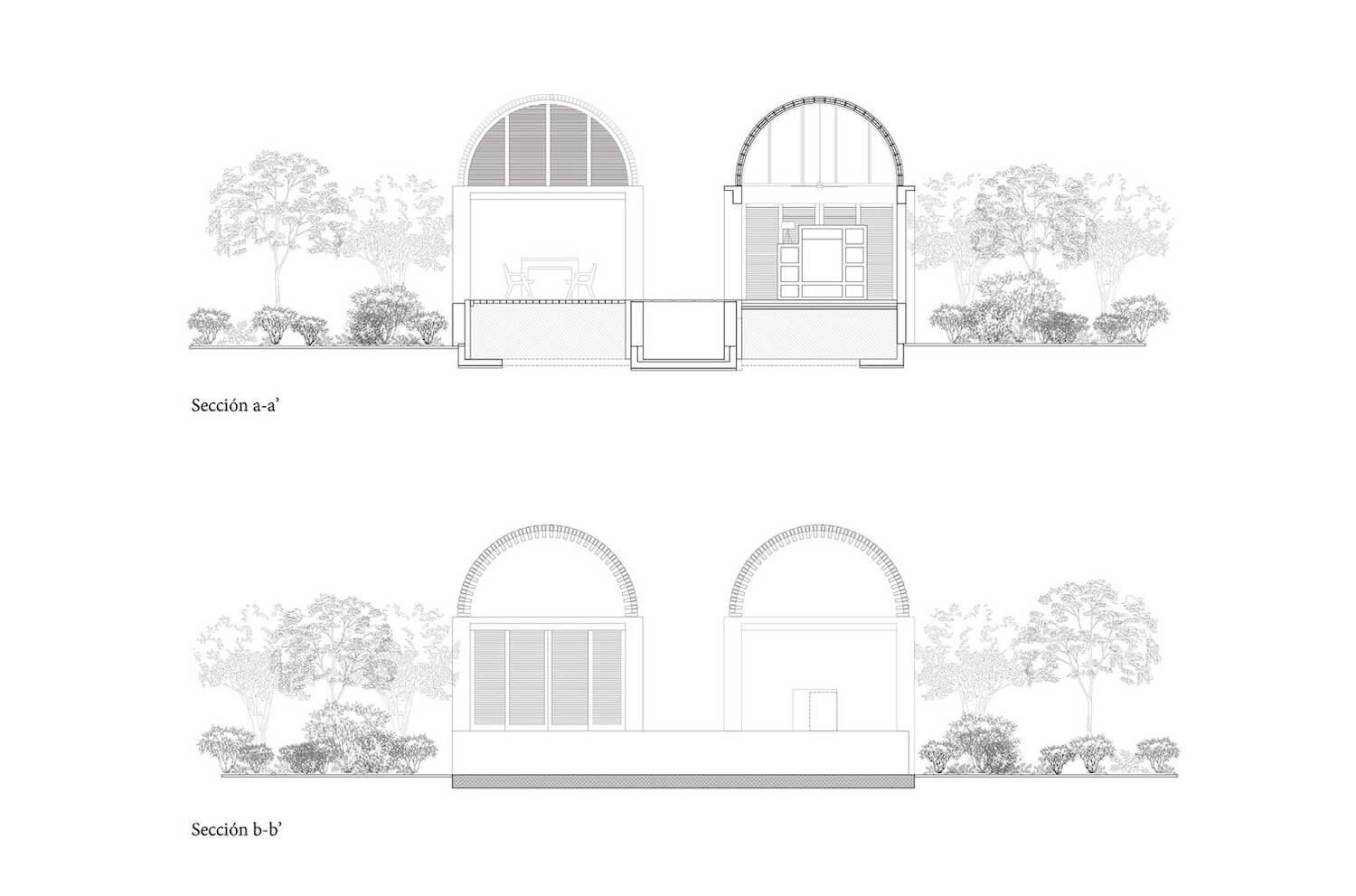 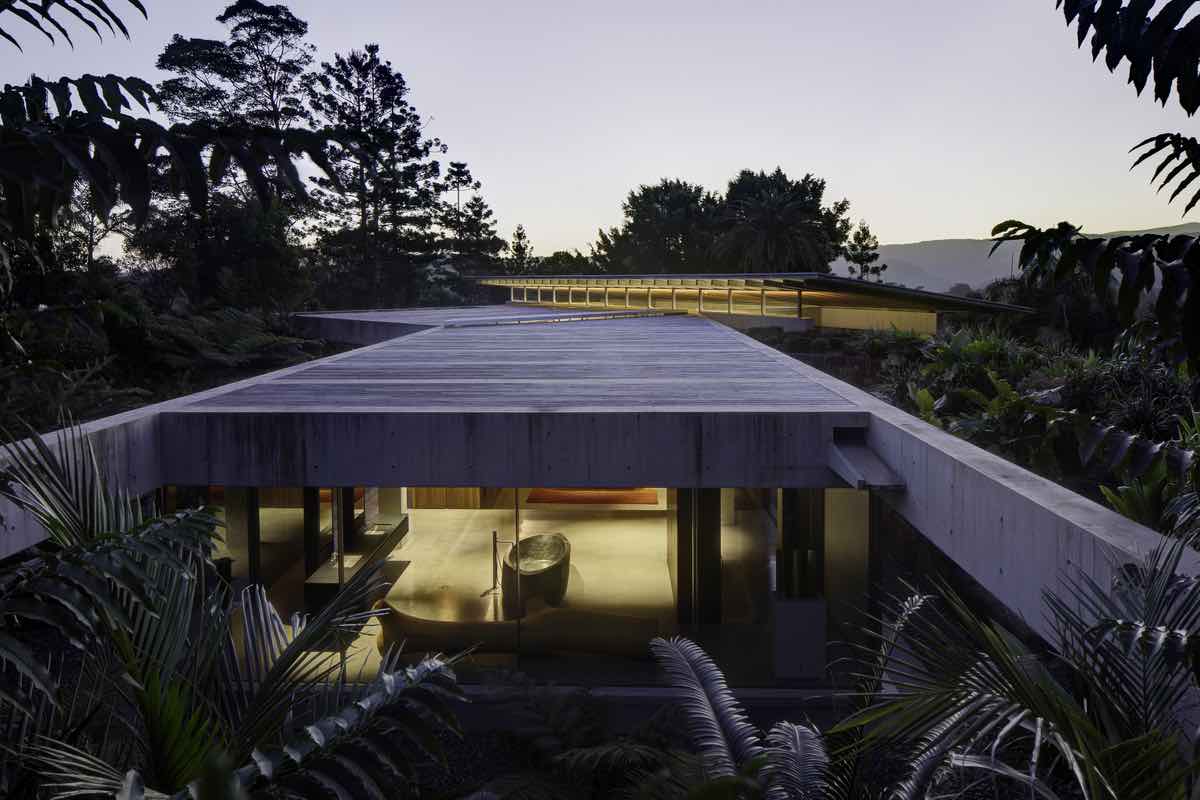 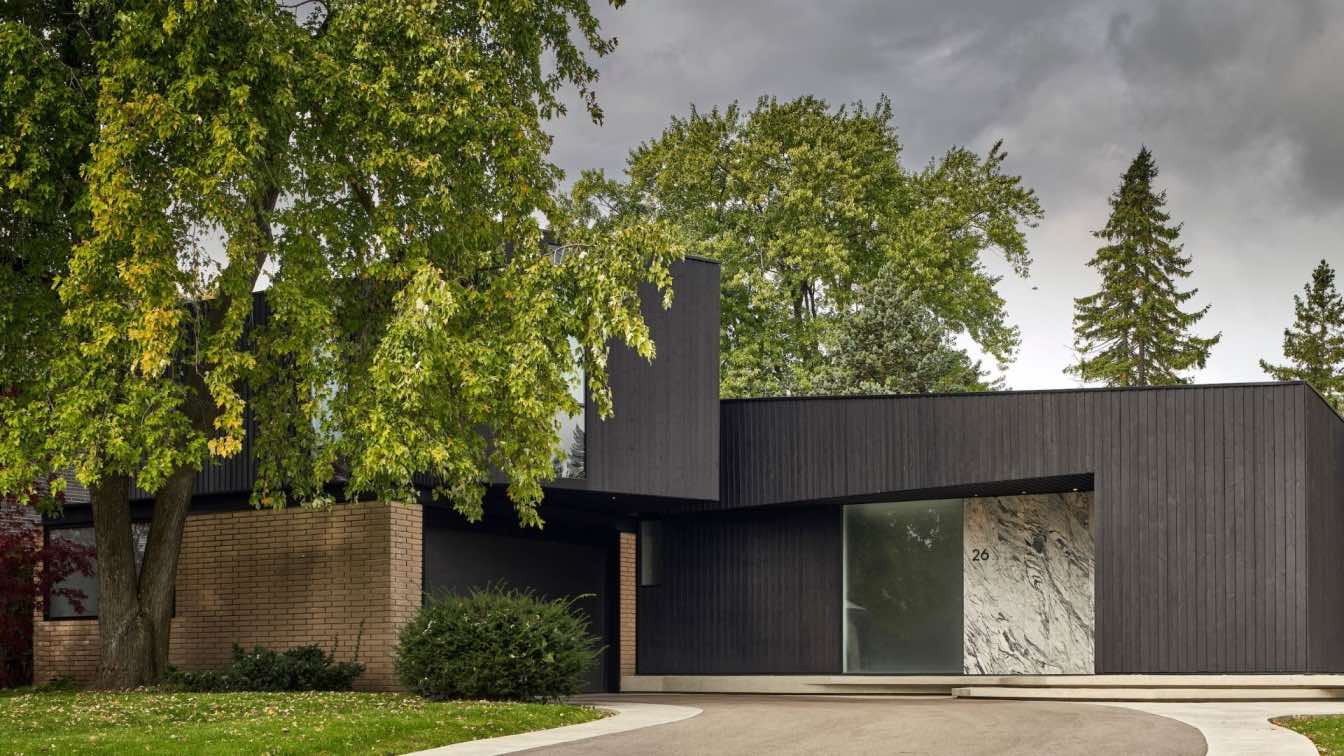 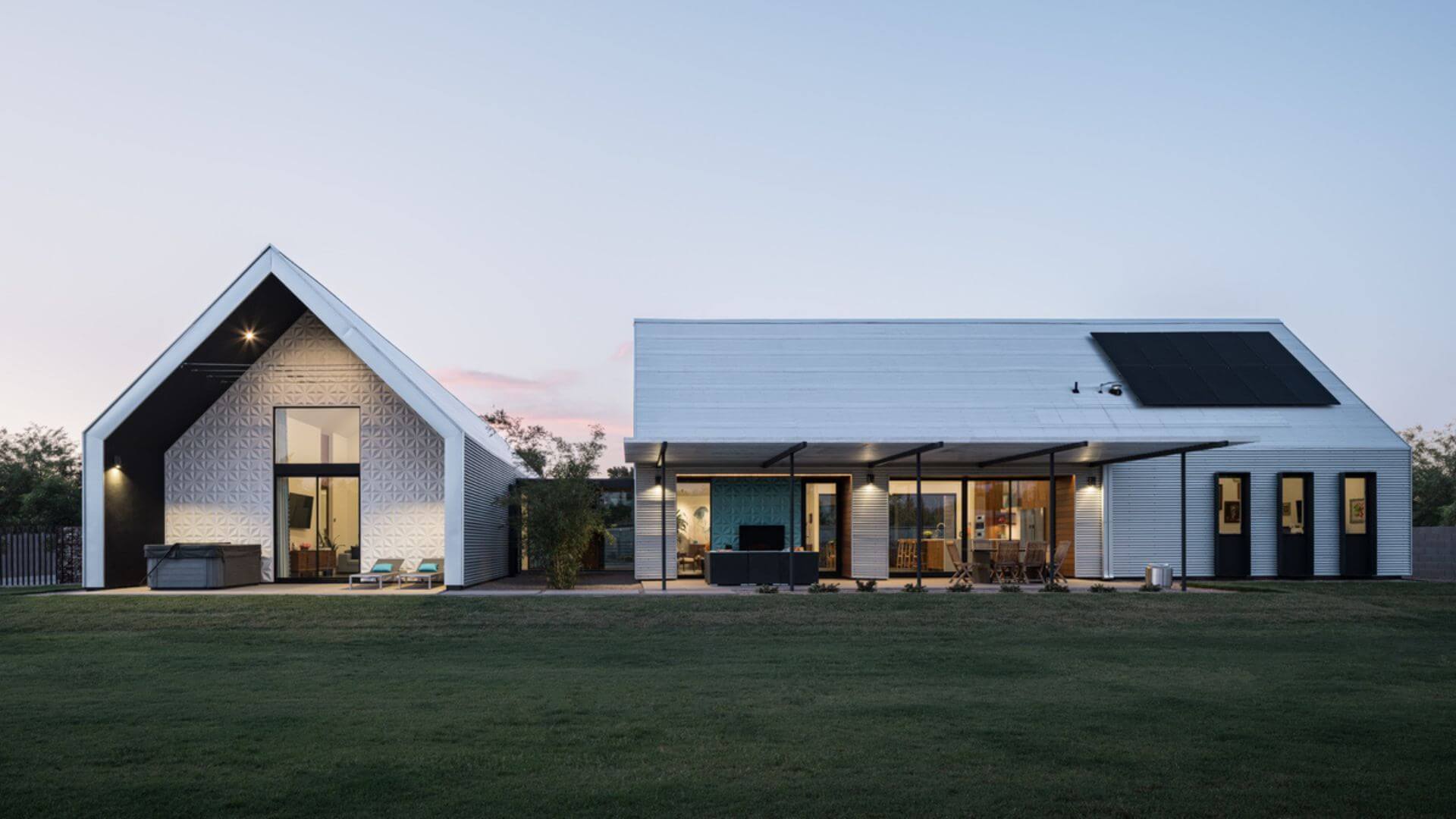 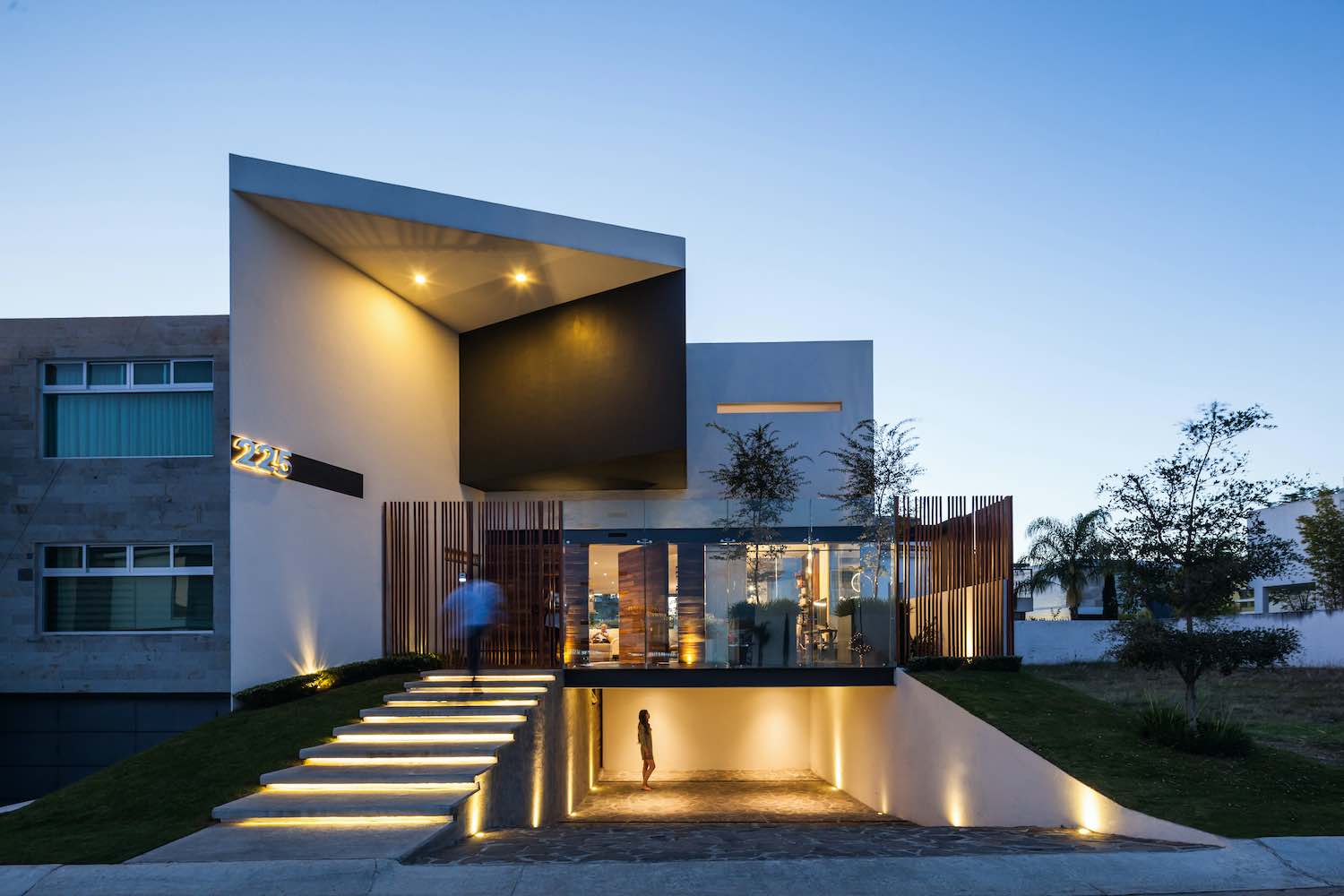 225 House in Jalisco, Mexico by 21 Arquitectos