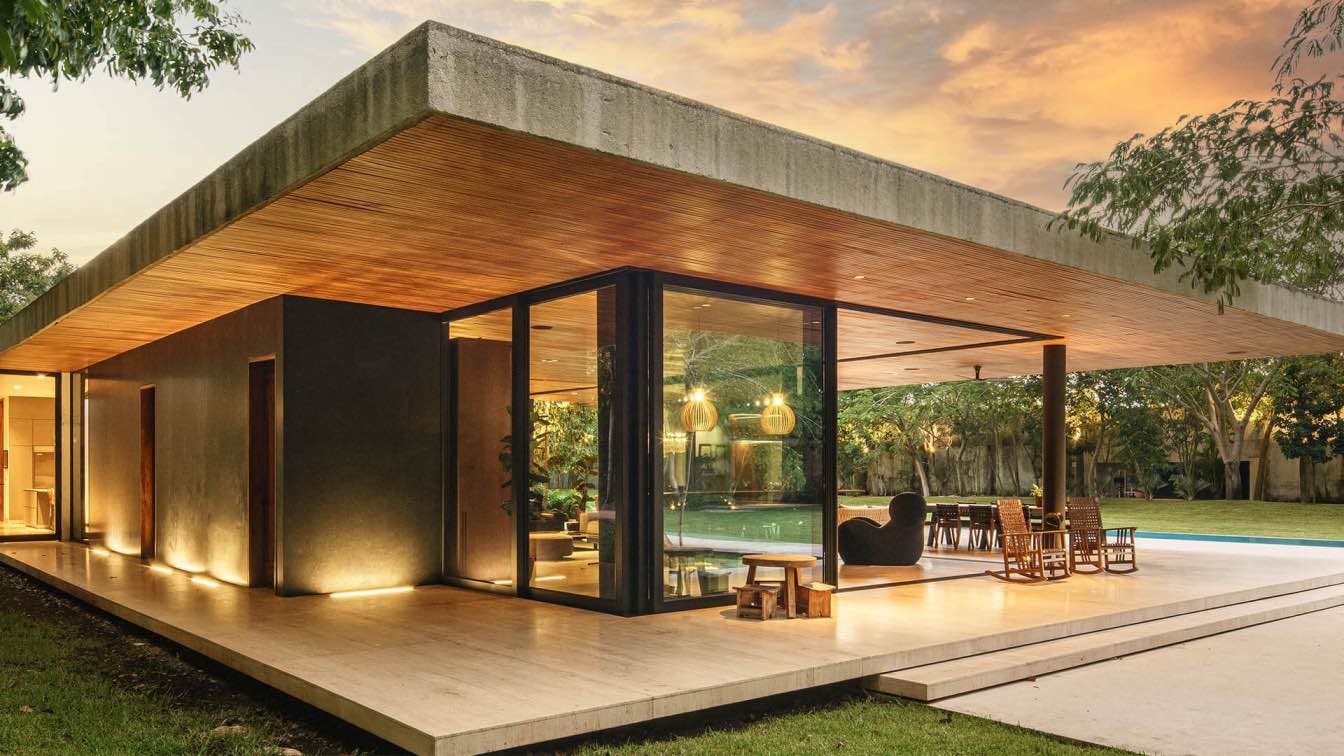 Arkham Projects: It is a project to enjoy Yucatan, its sky, its wind and its vegetation. The footprint of the house is just one fifth of the land extension, always leaving free space and vegetation as the protagonist.

Open in its entirety to the north and south to be able to generate comfort in terms of winds and sunlight in all spaces, and views towards the vegetation, which generates a green barrier all around the property, and as a result, a absolute privacy for users in each space, at all times.

Casa Akúun, or in Spanish “Casa Álamo”, is a house of almost seventy meters in length, which is virtually divided by a tree of this species, located in a patio that is trapped between the public and private areas of the house.

Part of the intention of the house is to be able to join the interior with the exterior, forgetting barriers and ensuring that it can be walked from side to side with total freedom. 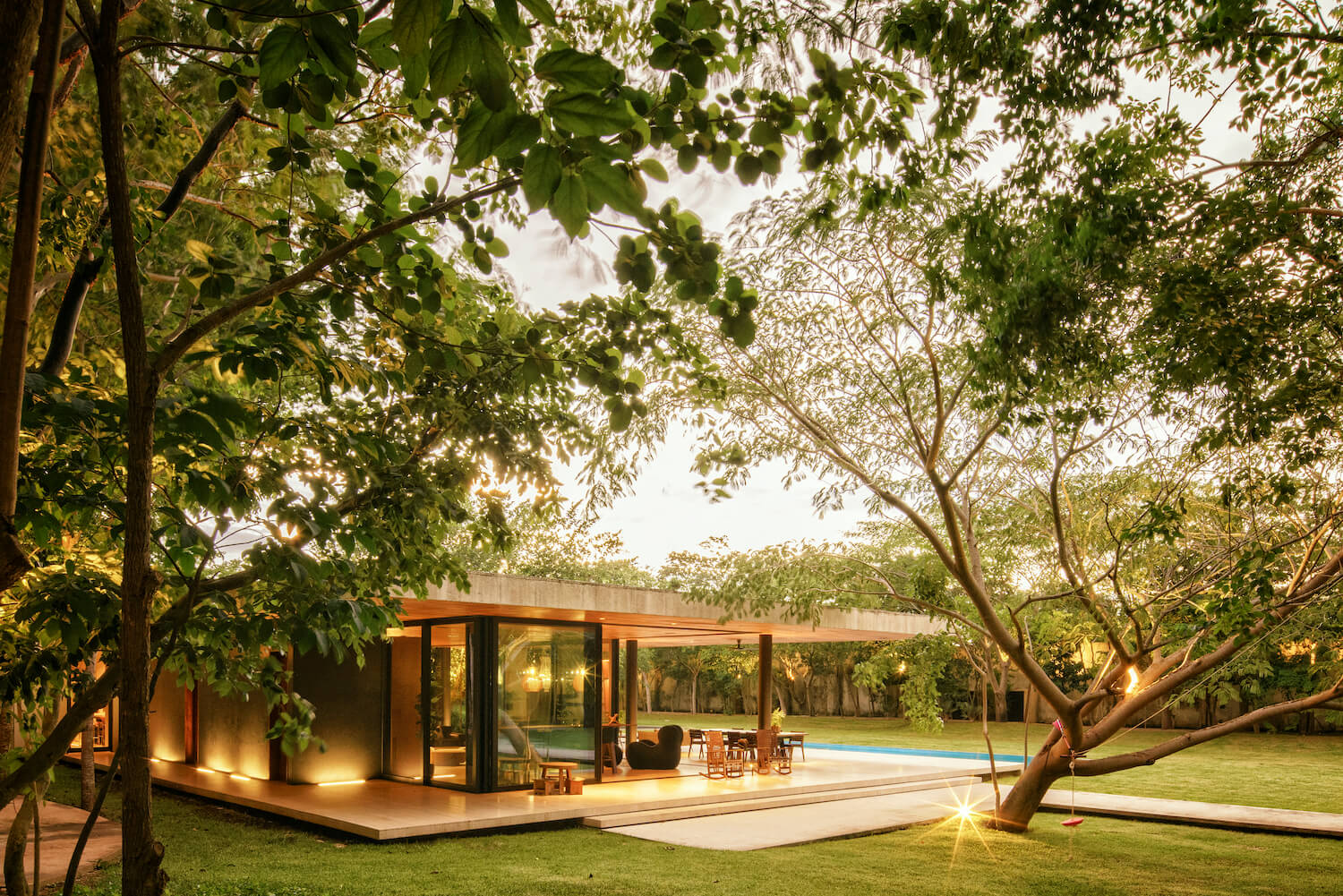 The property has the characteristic of adjoining three roads, which allowed the project to have two completely opposite accesses, both in location and experience of use. The first is the day-to-day, where the garage is located, as well as the access to the private areas of the house, where the route is in the south-west part of the house, a space surrounded by vegetation from every angle, where a green passage welcomes those who inhabit it, hugging them, leaving the city behind. The second access is the social one, from the north-eastern part, which also has a route through pre-existing vegetation, but in more open spaces, which allows the possibility of observing the house from afar; this route ends with a large Pich (Guanacaste tree) located next to the access esplanade, the outer anteroom of the social space. Although Akúun is a house that invites you to walk through it all, the separation of the accesses allows the possibility of not having to do so if it is not considered necessary.

Its volumetry is simple, with a single floor and two horizontal elements, the floor and the roof, Akúun seeks harmony between interior spaces and open areas. 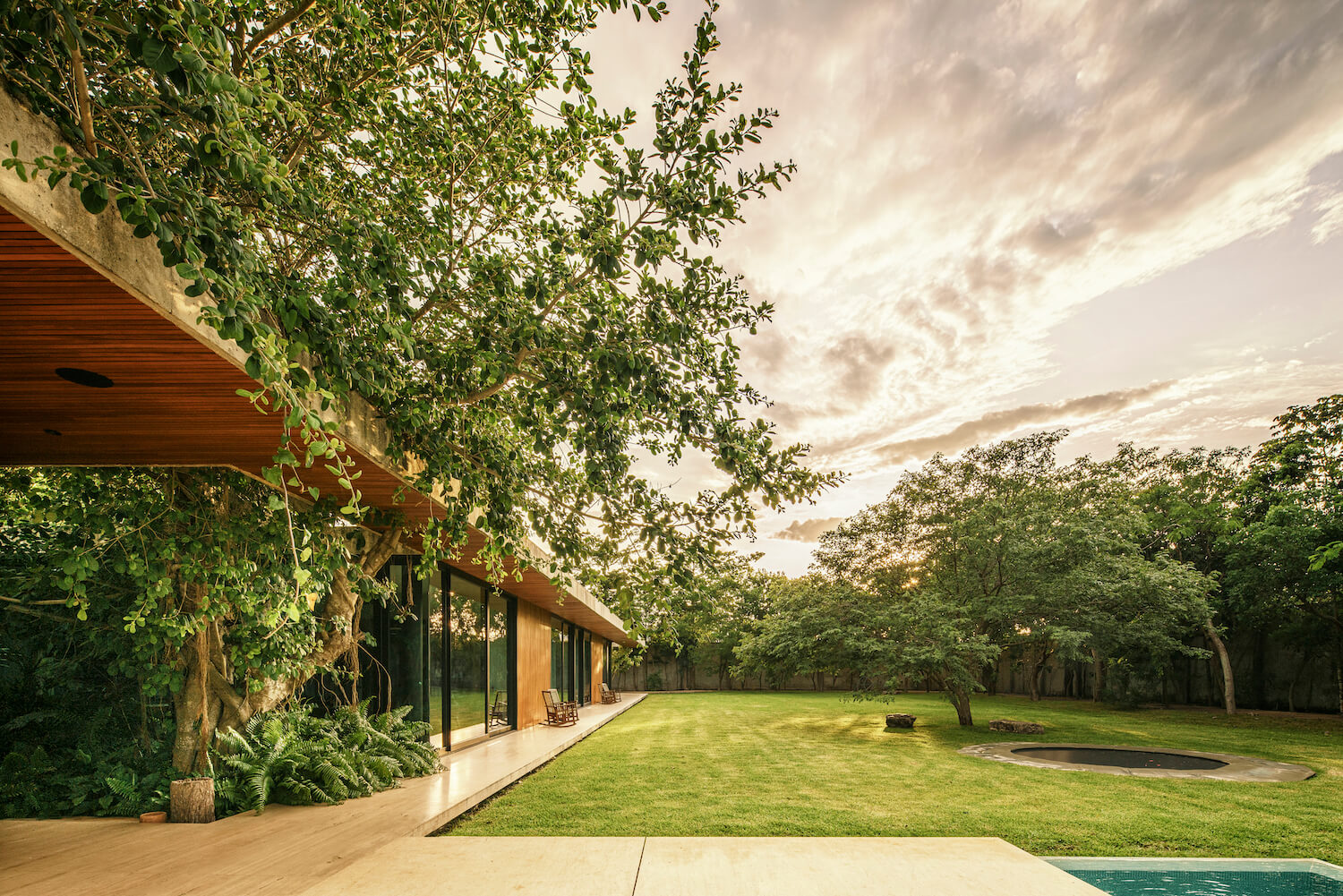 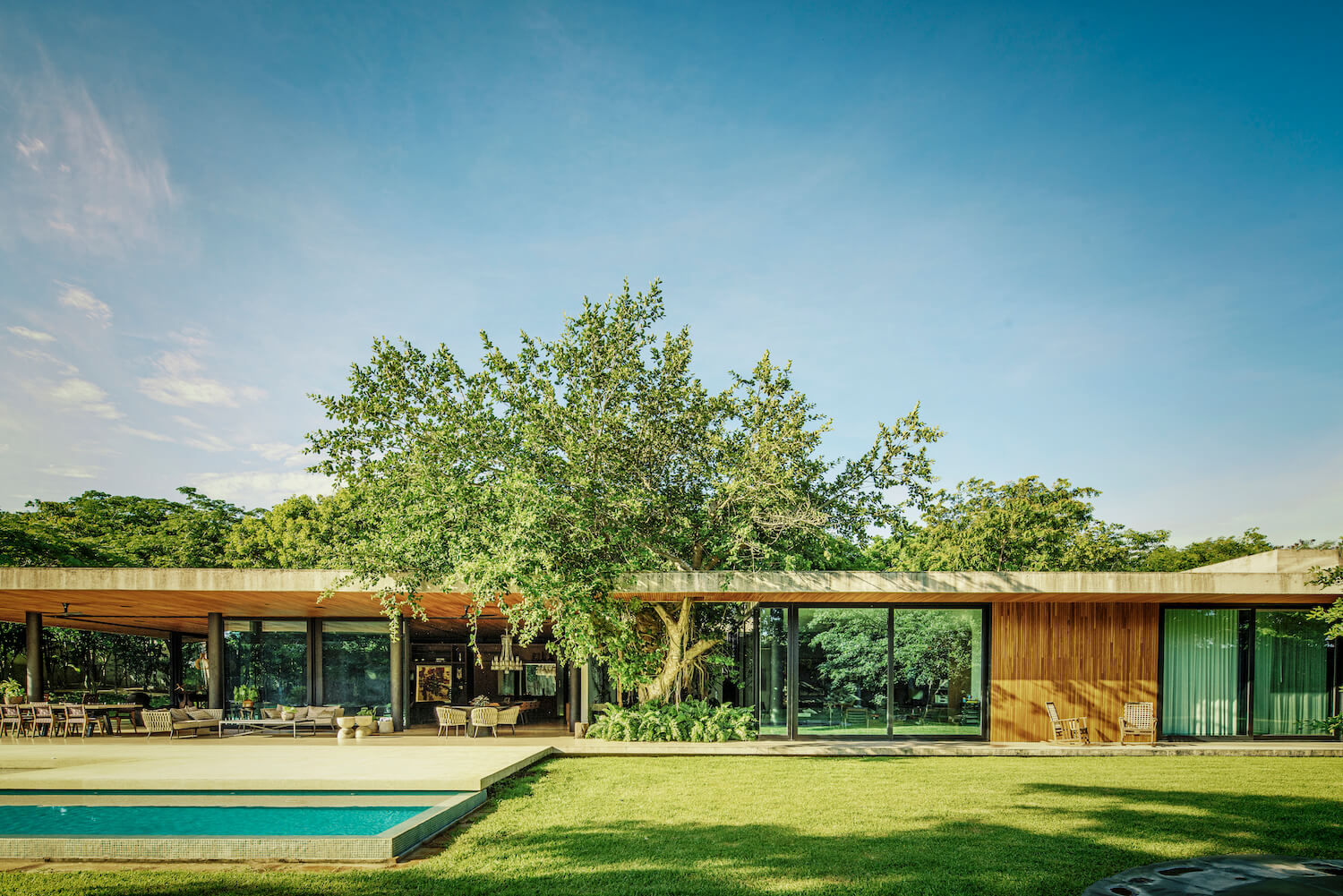 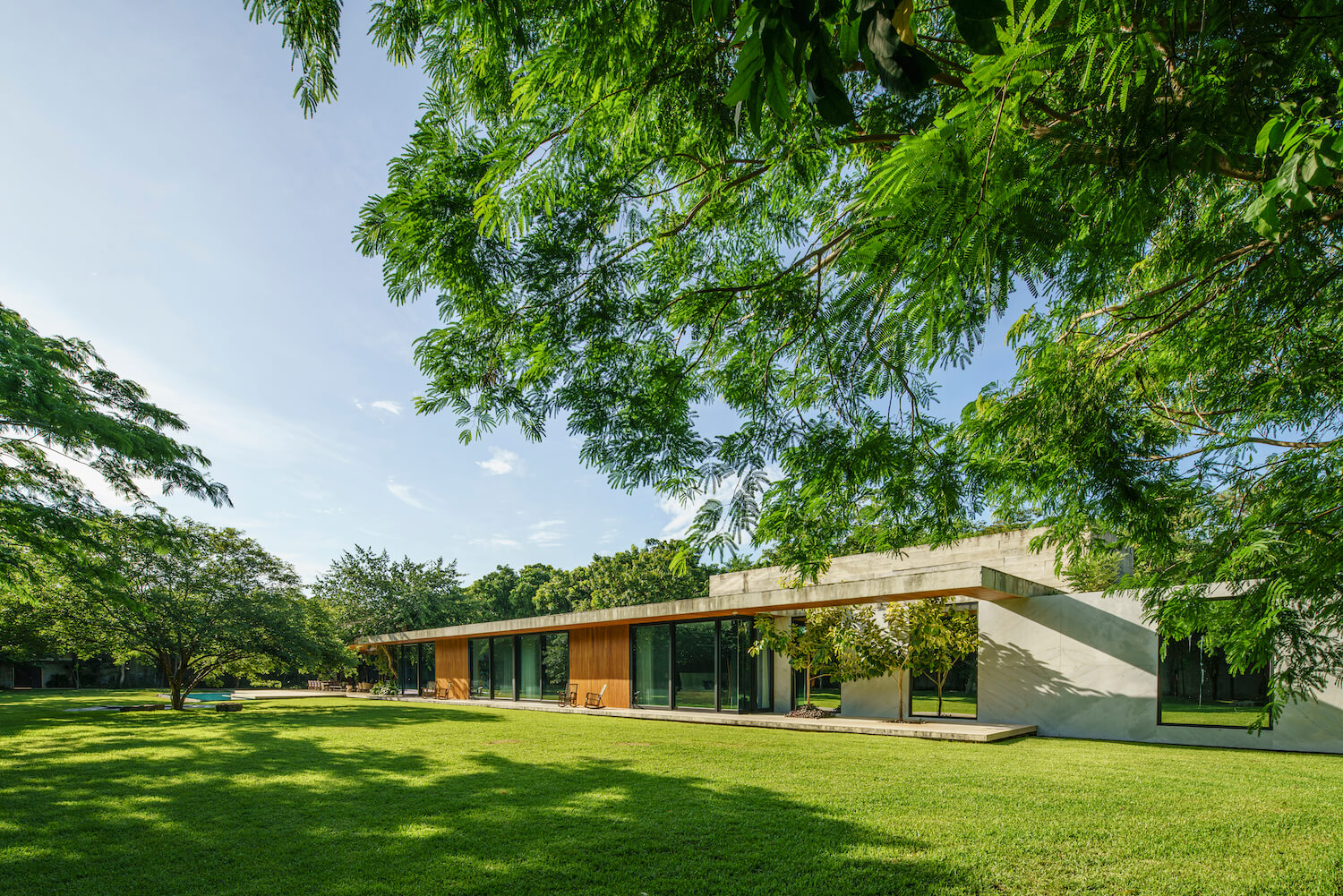 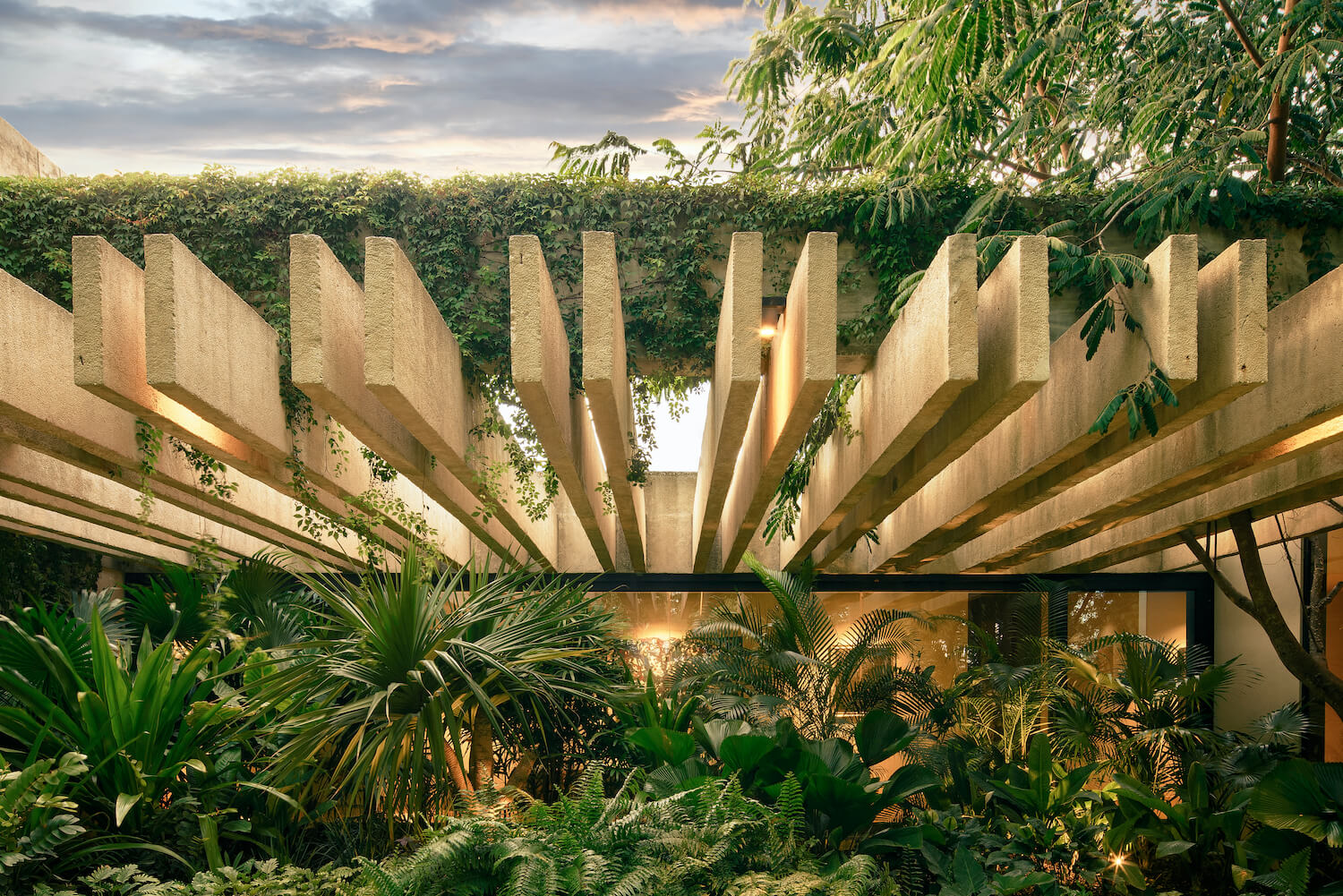 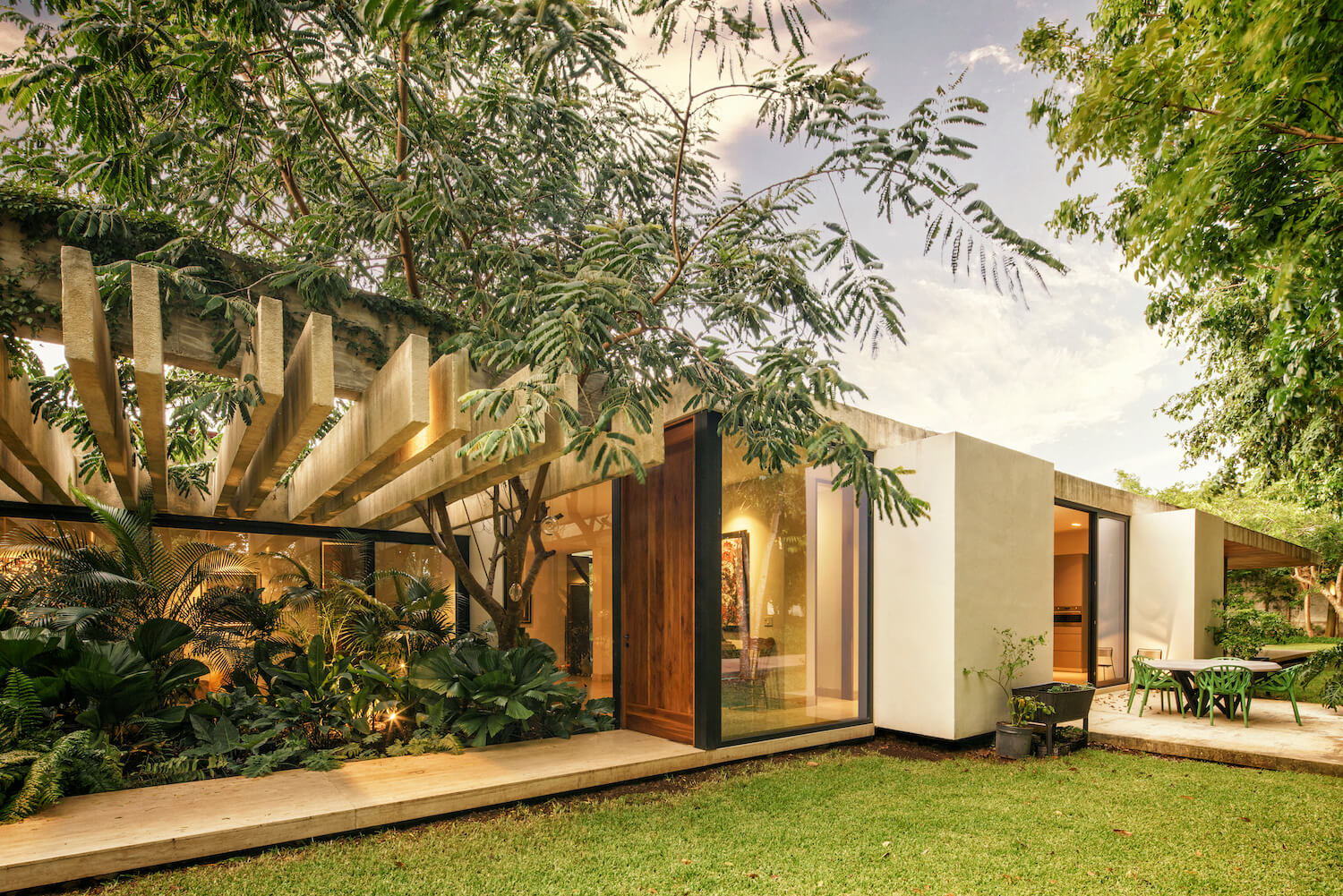 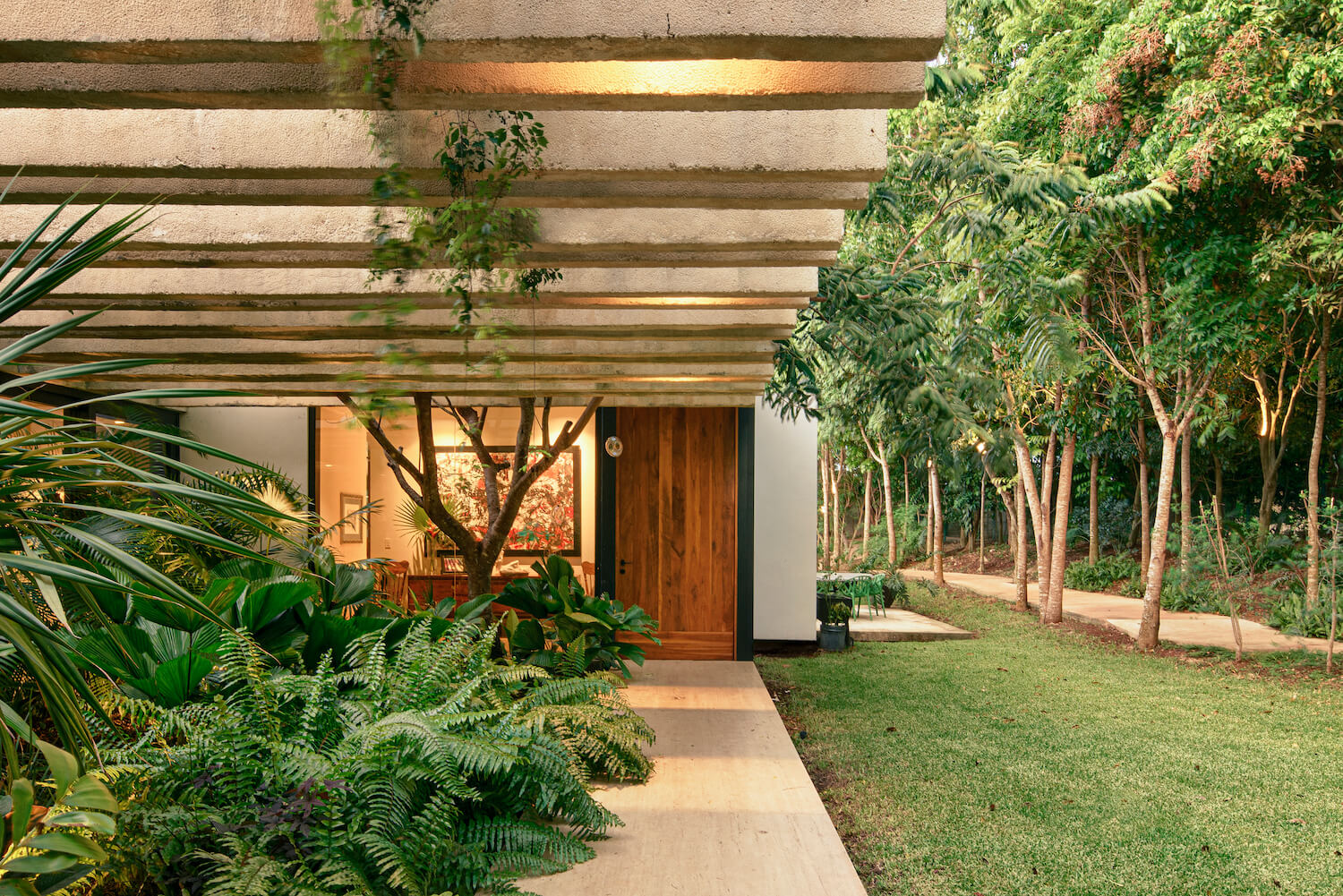 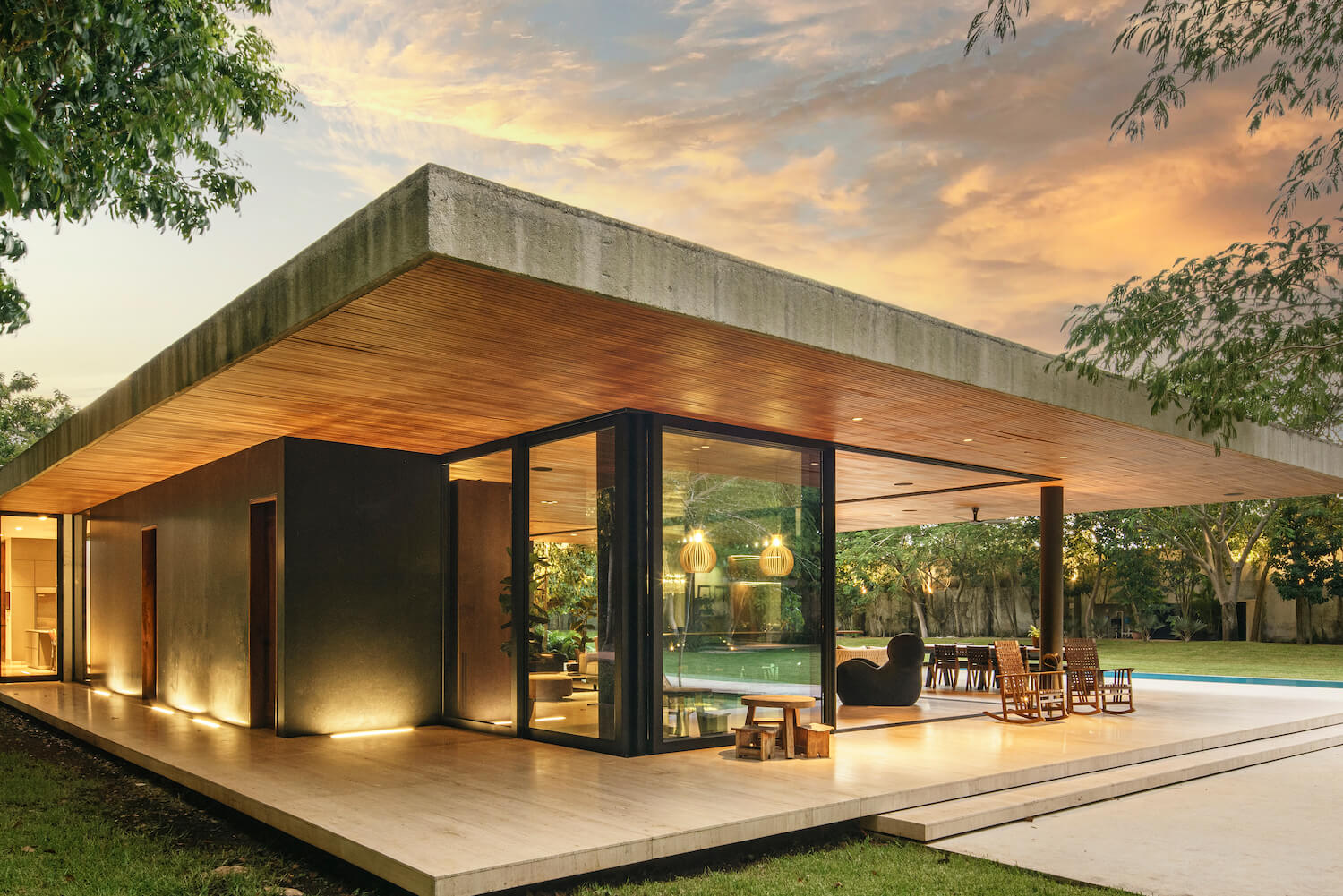 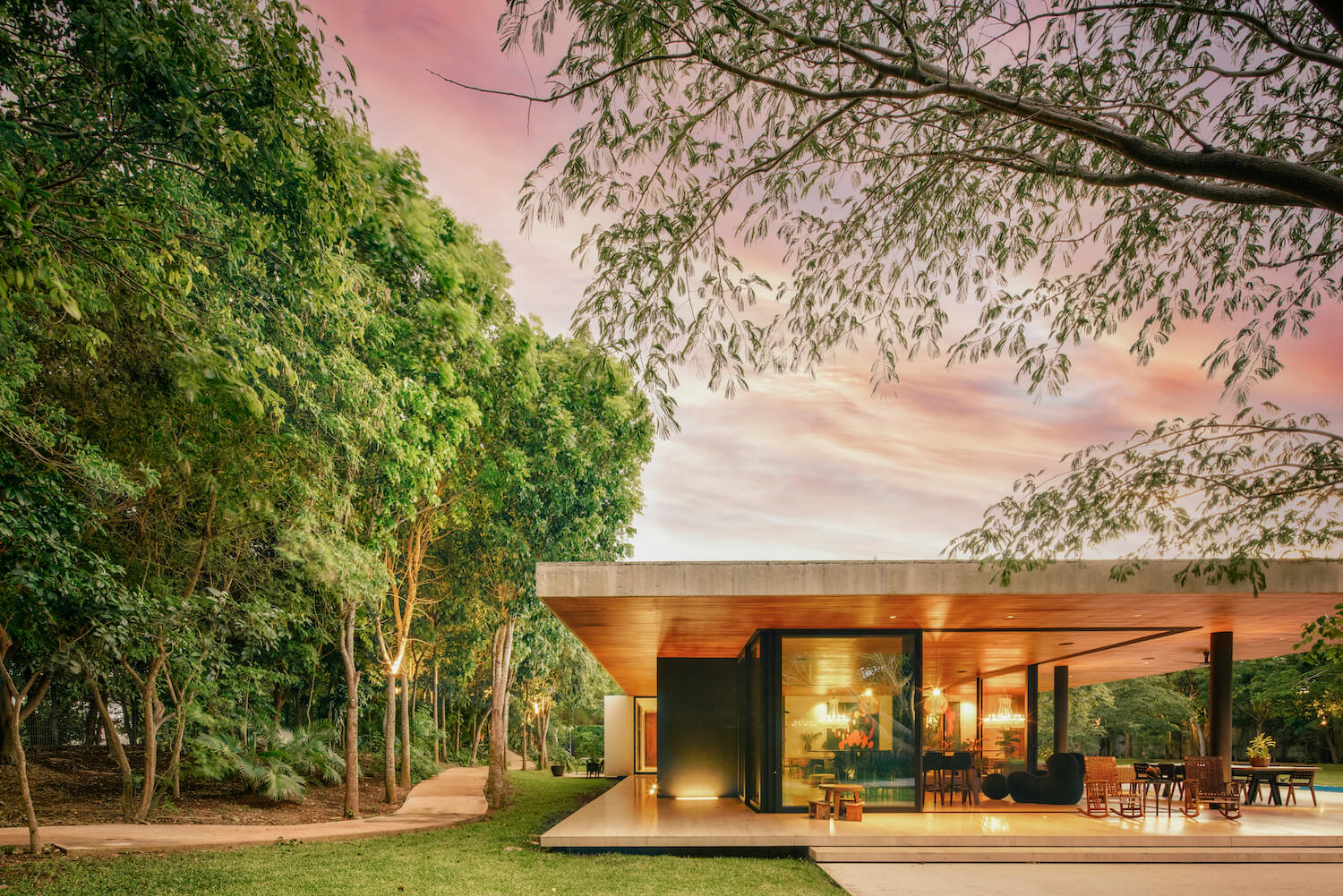 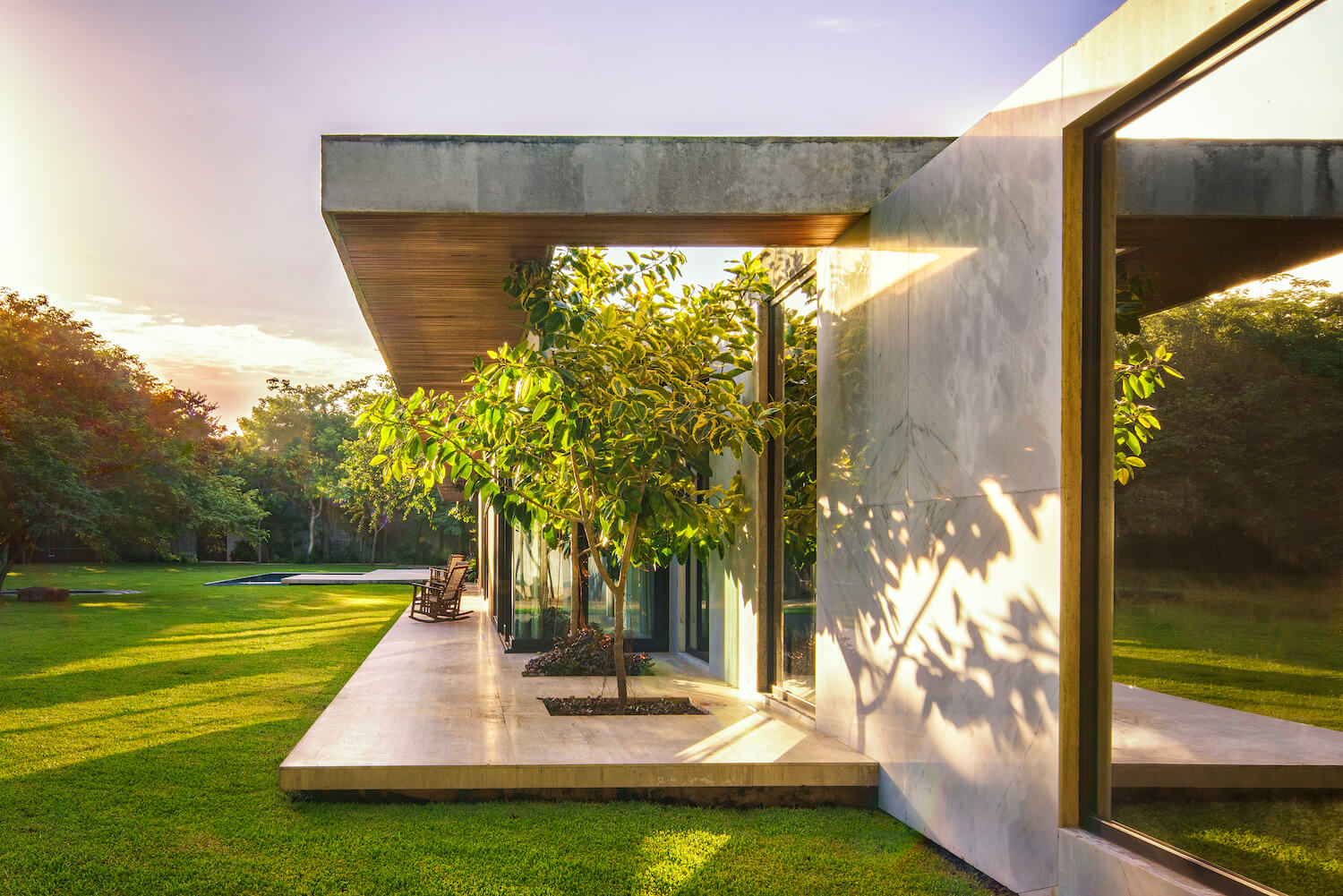 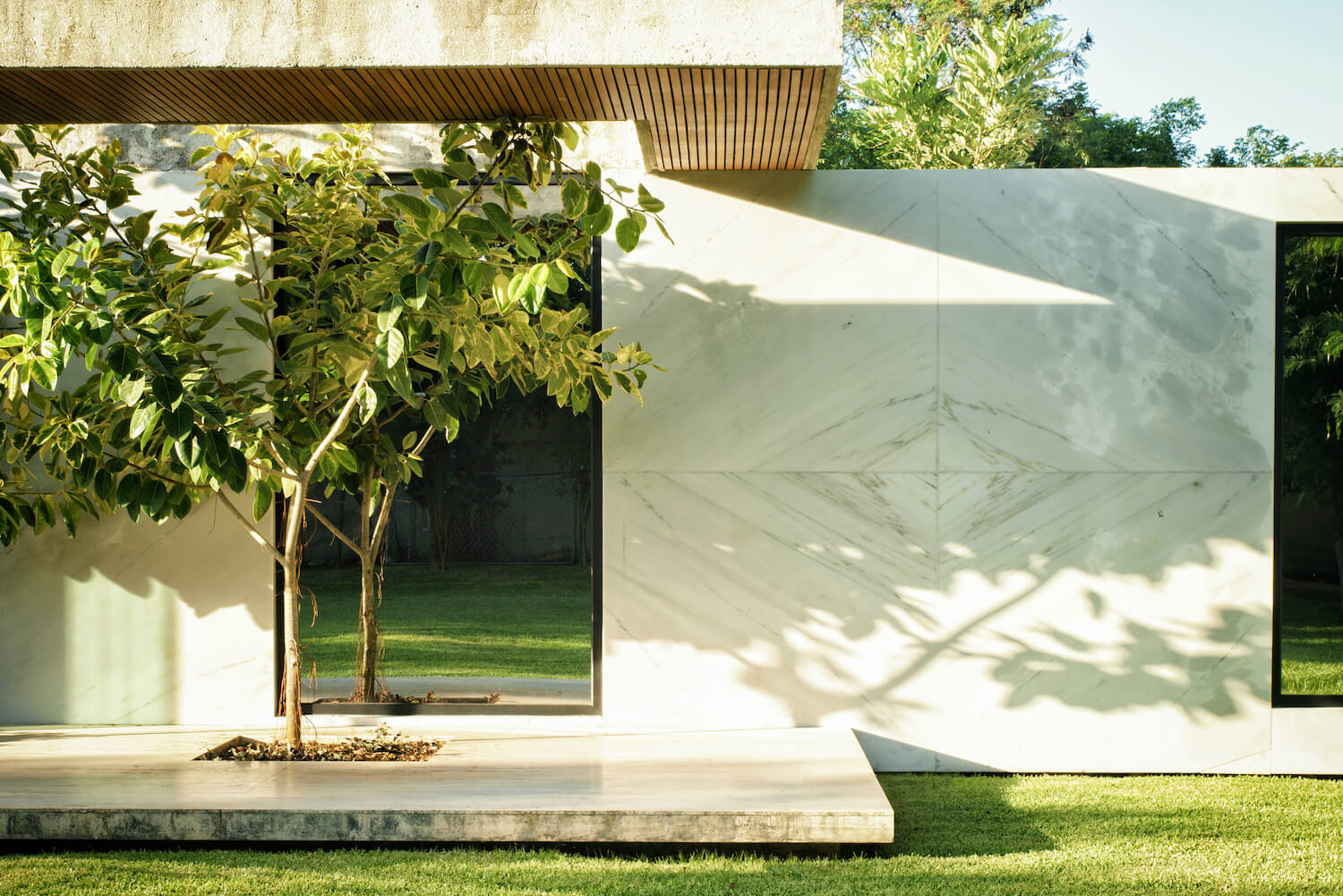 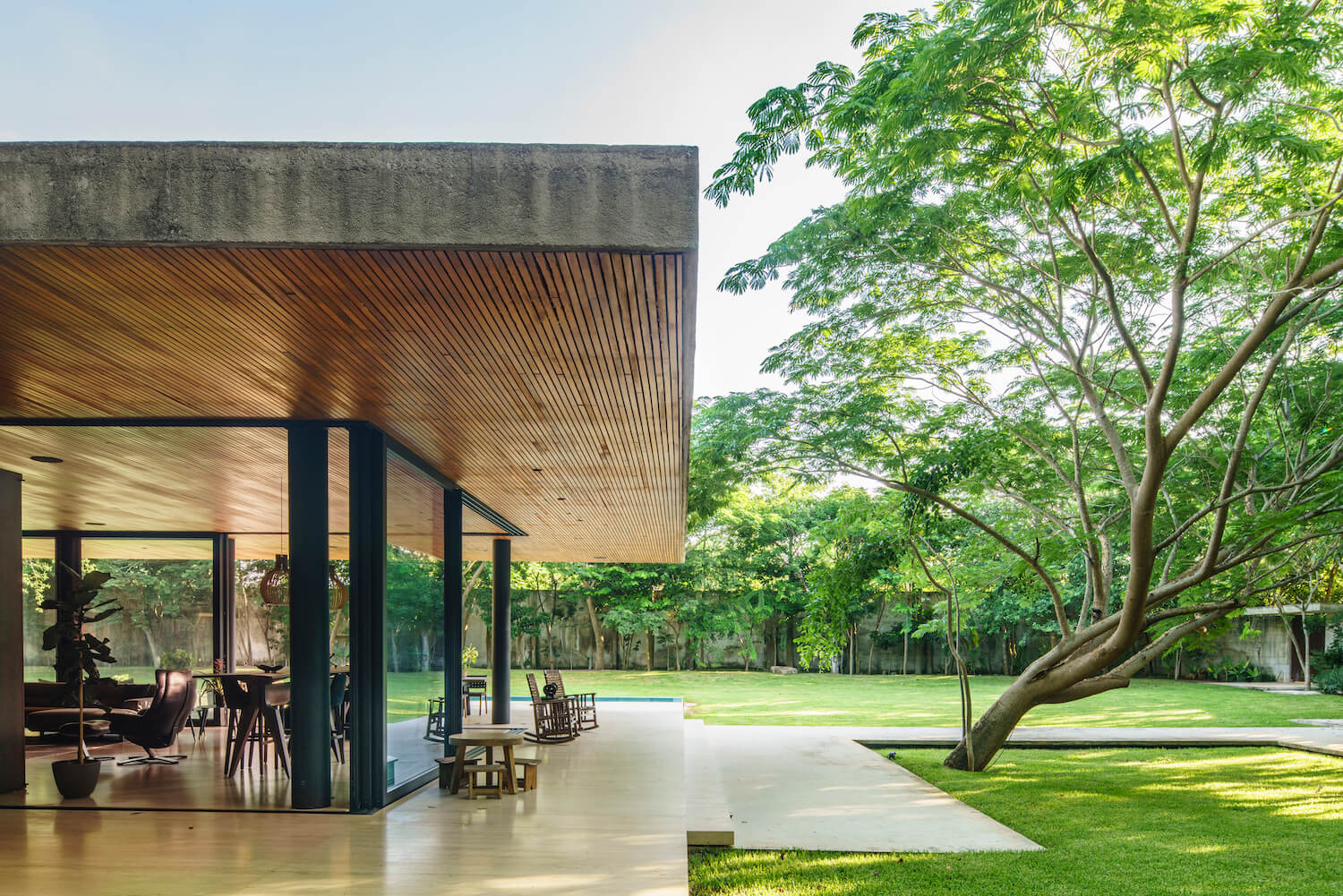 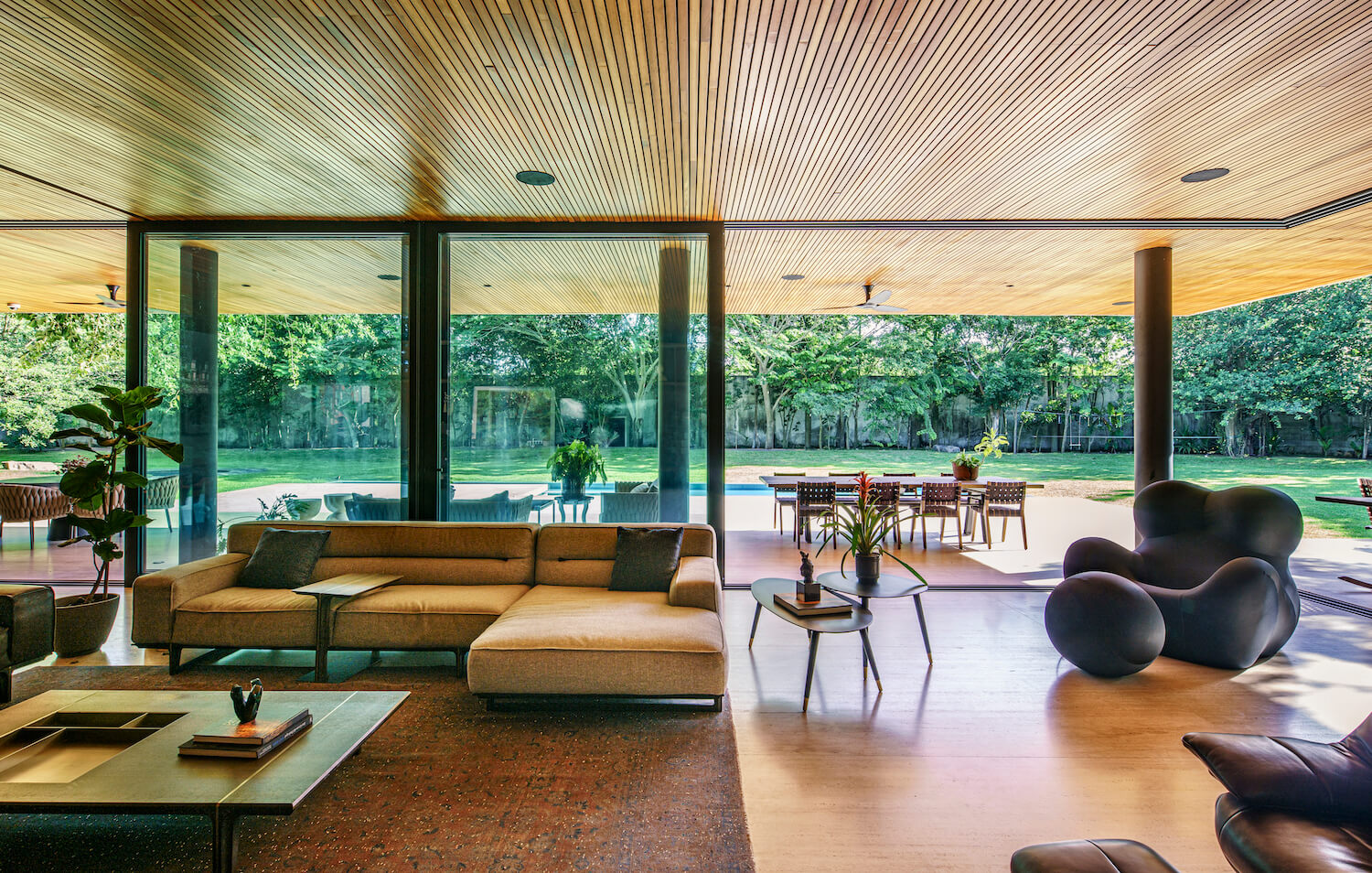 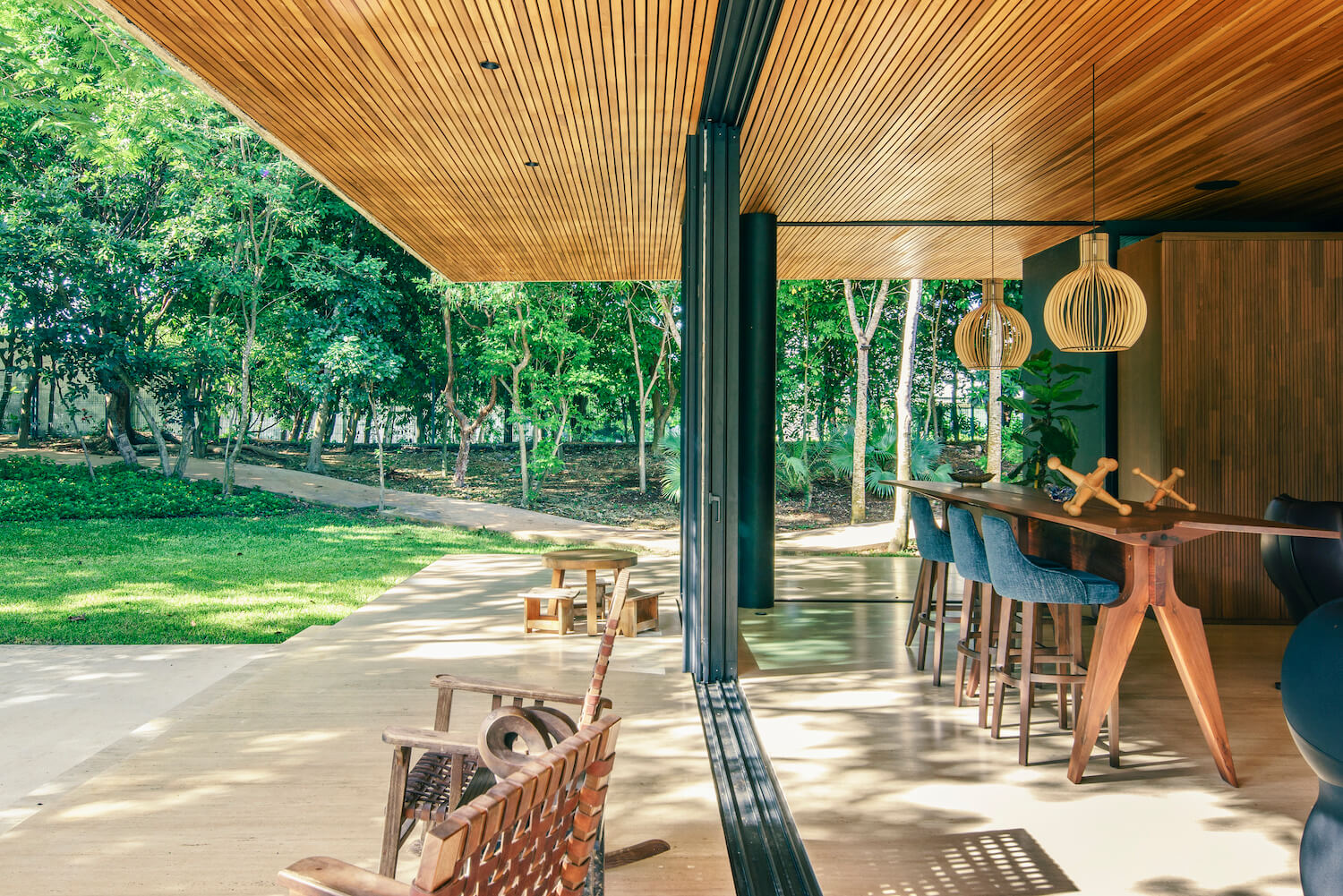 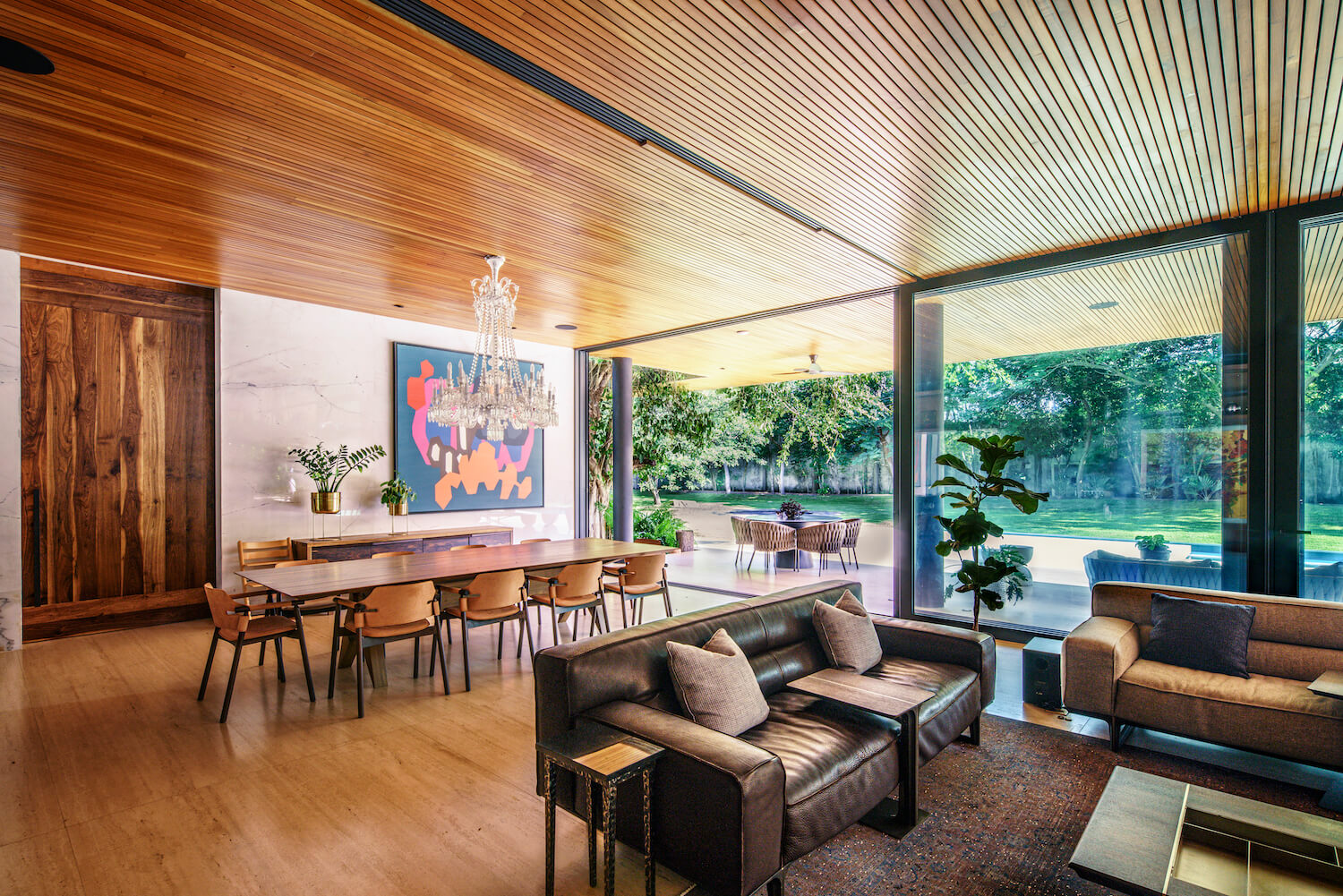 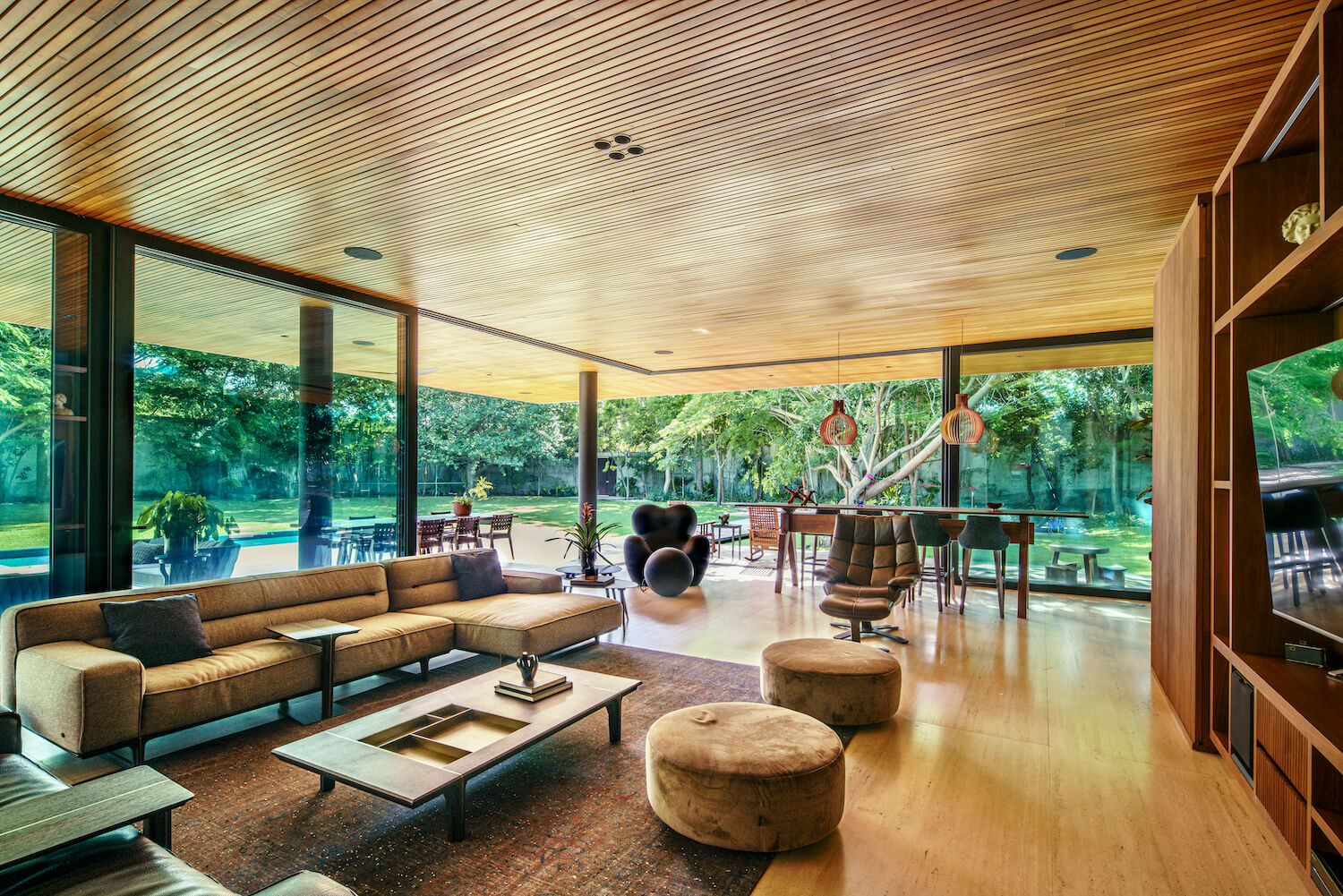 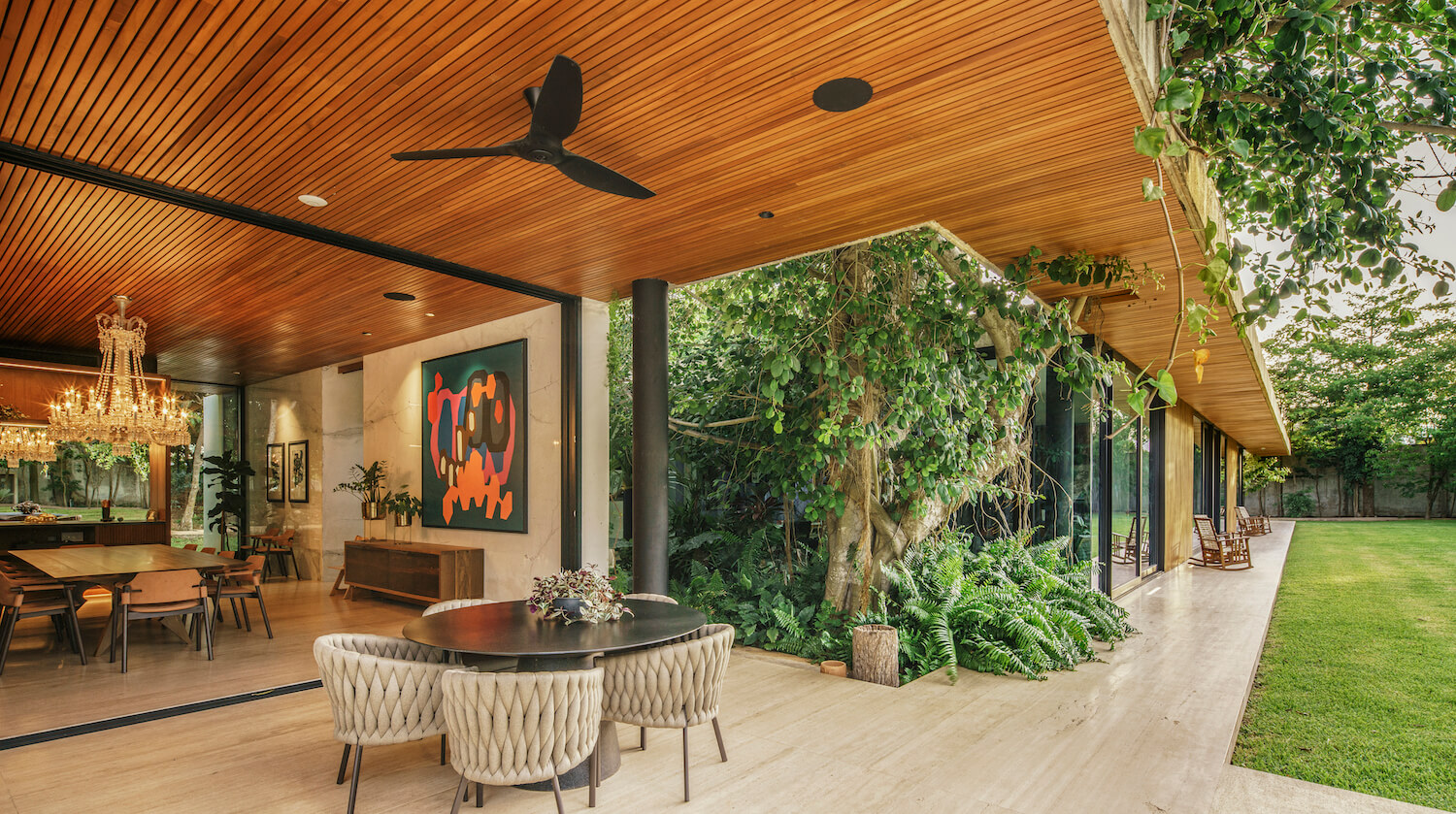 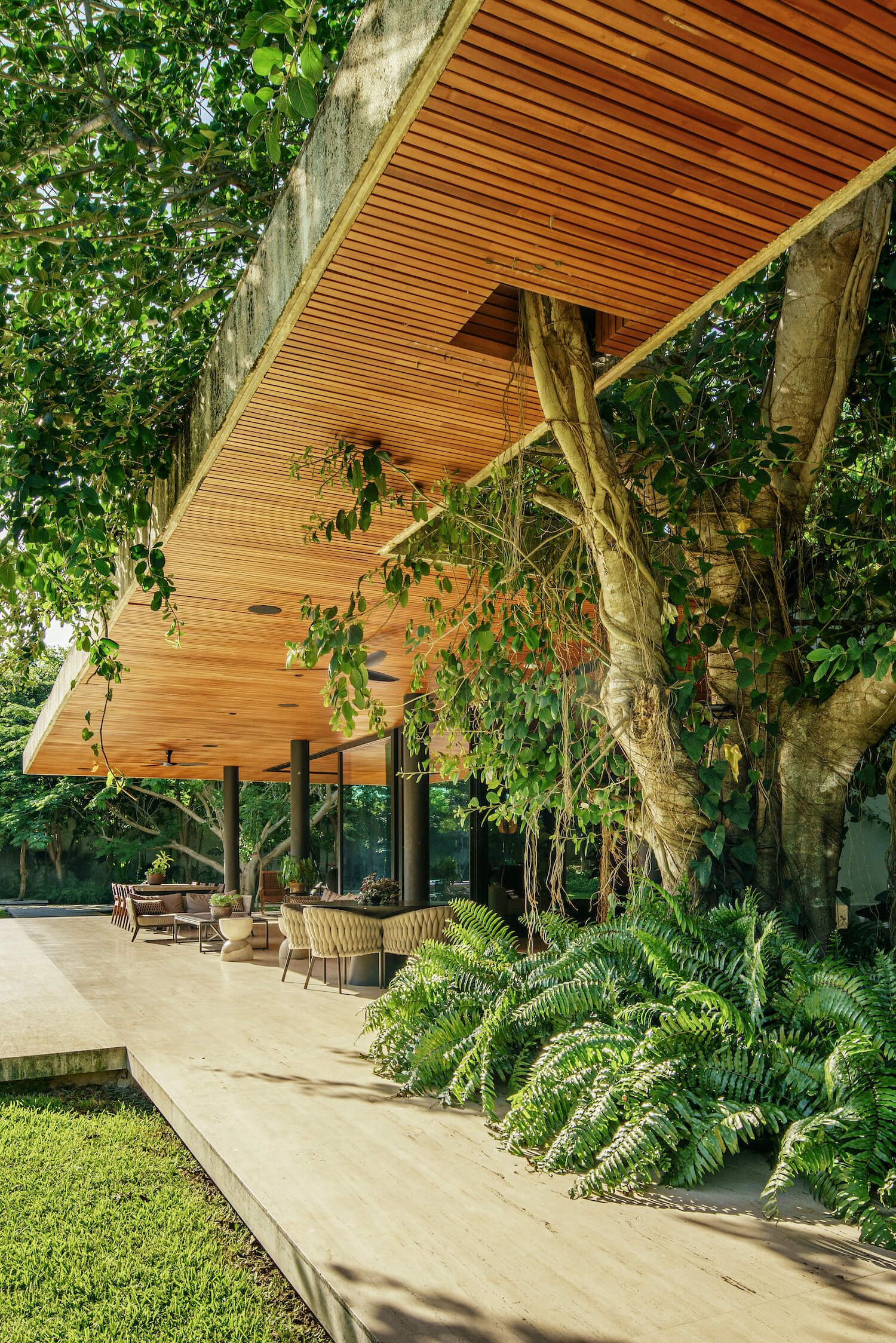 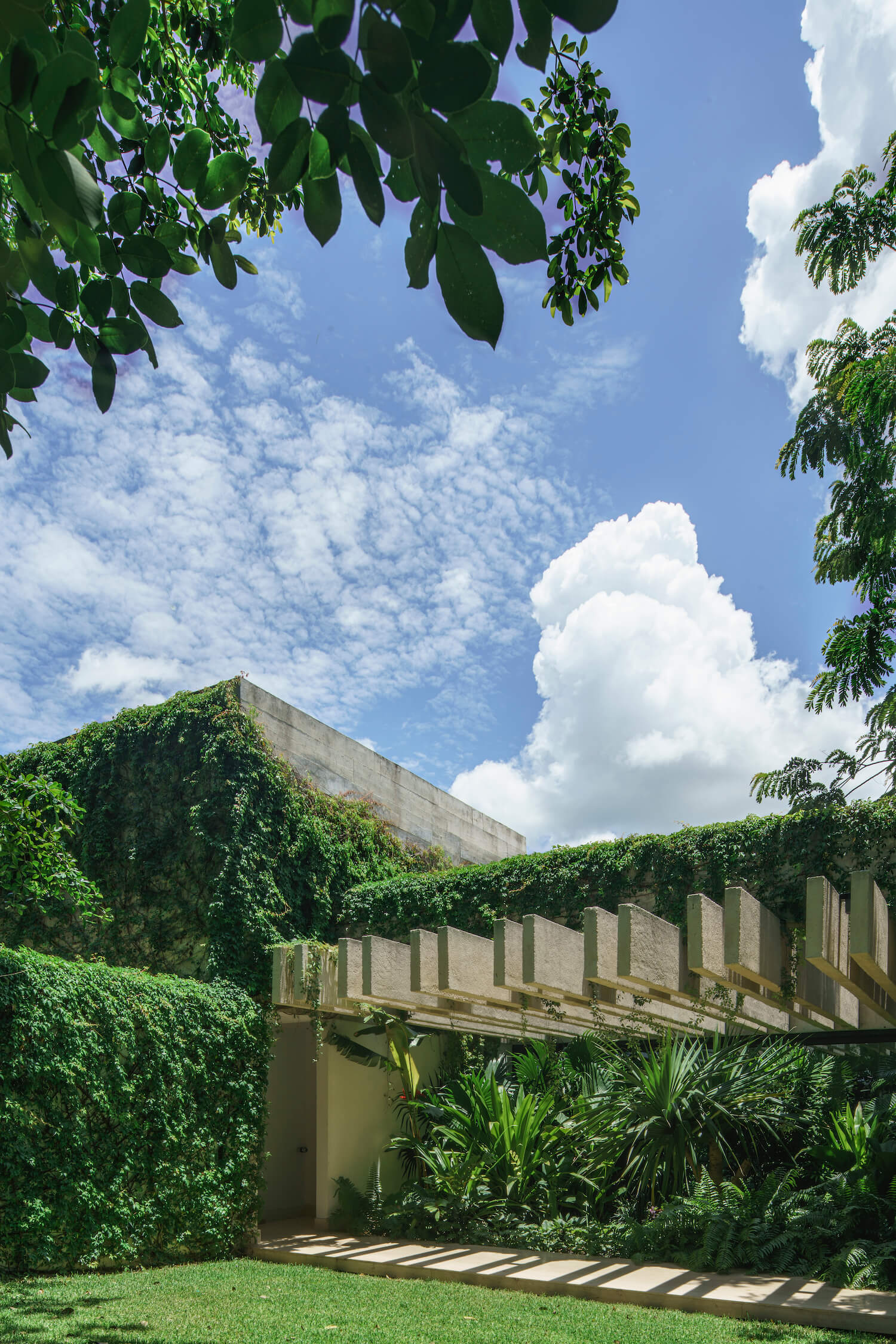 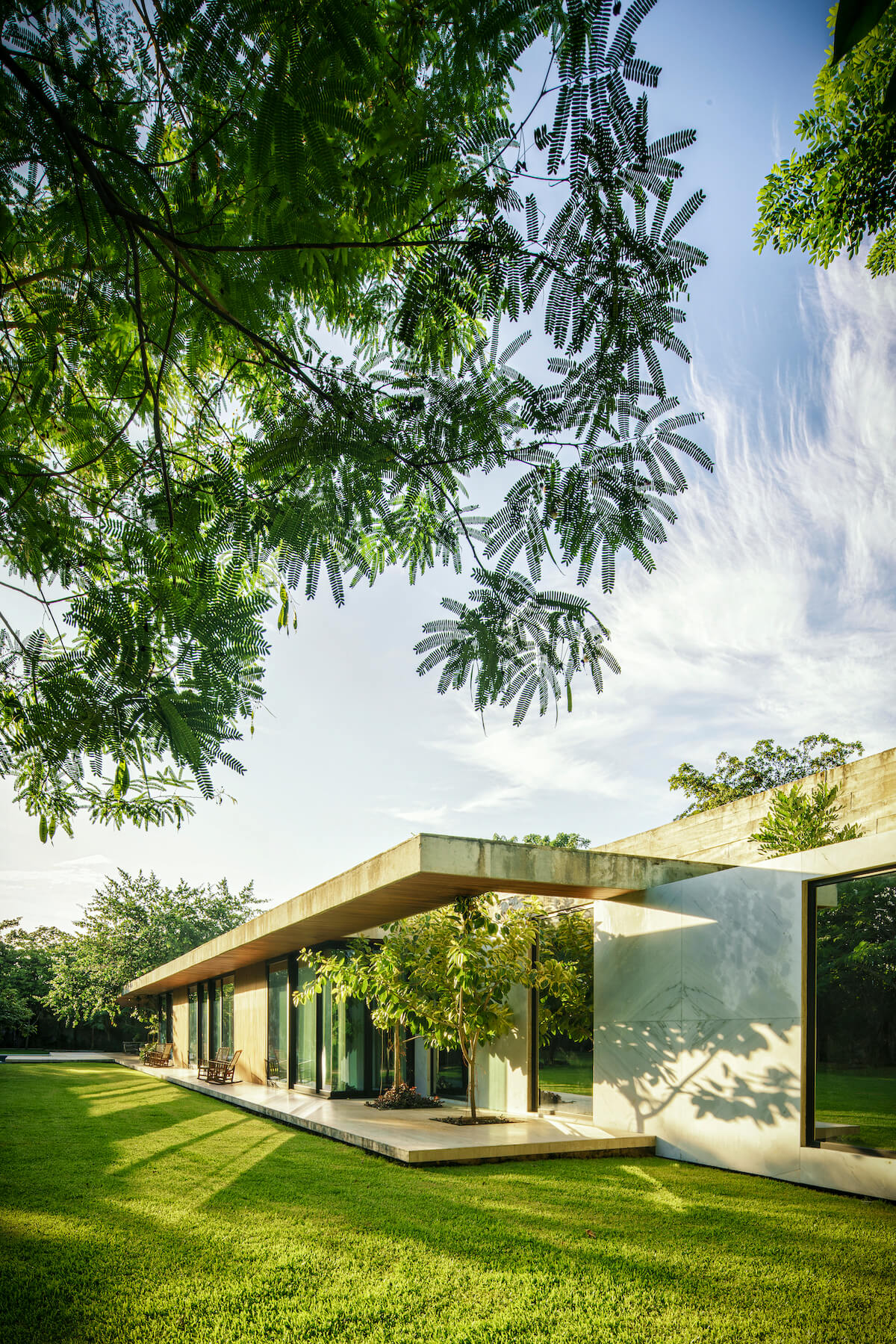 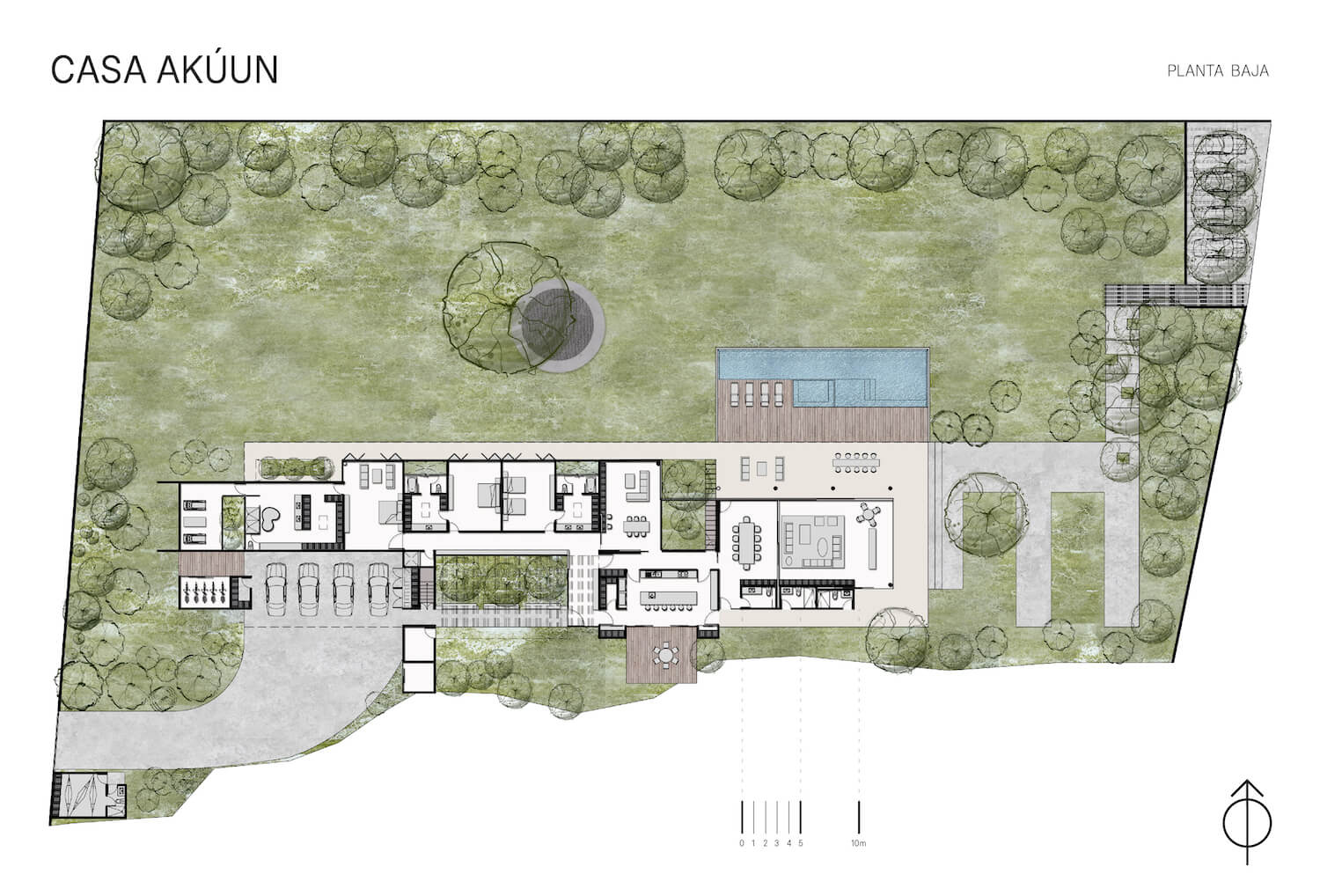 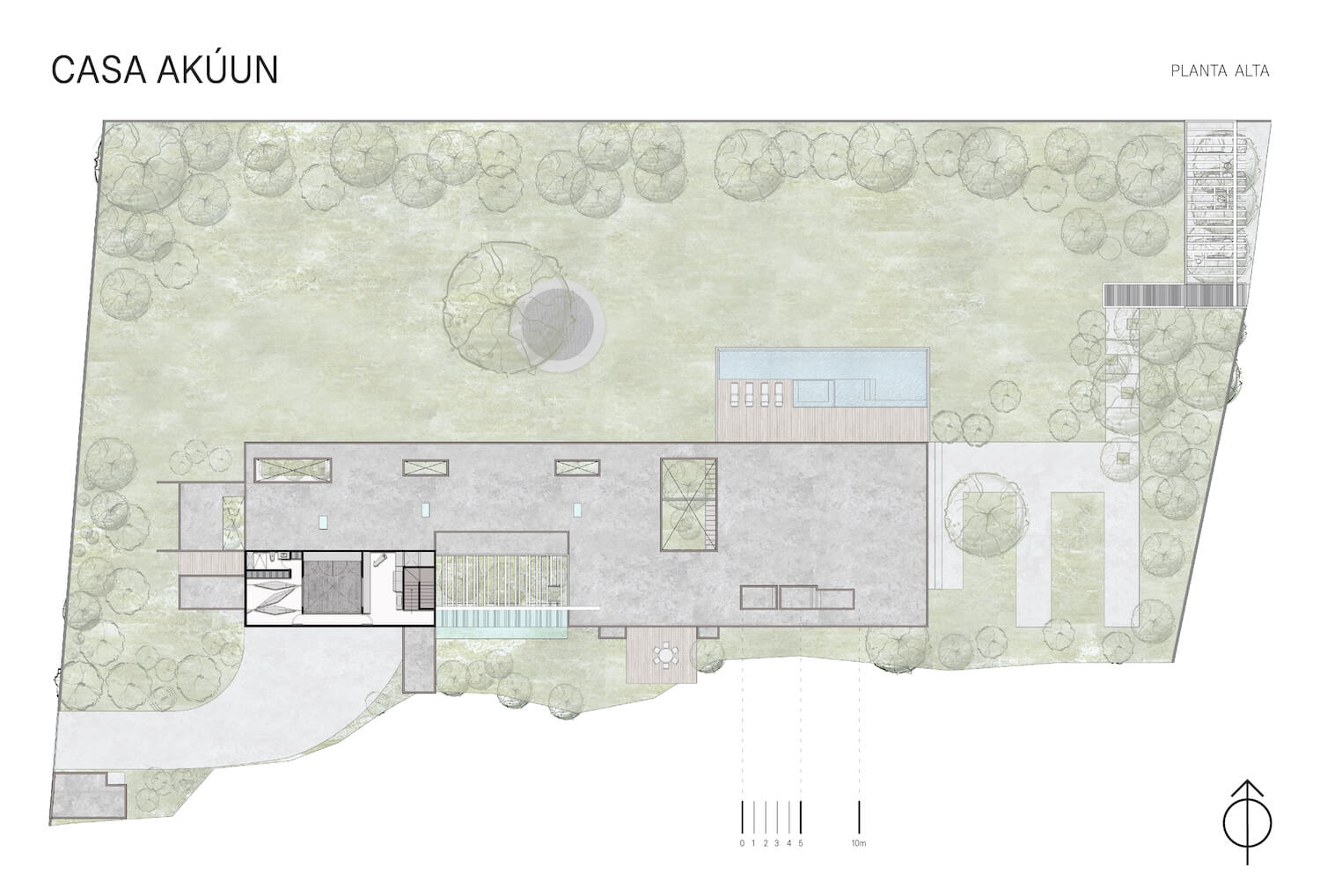 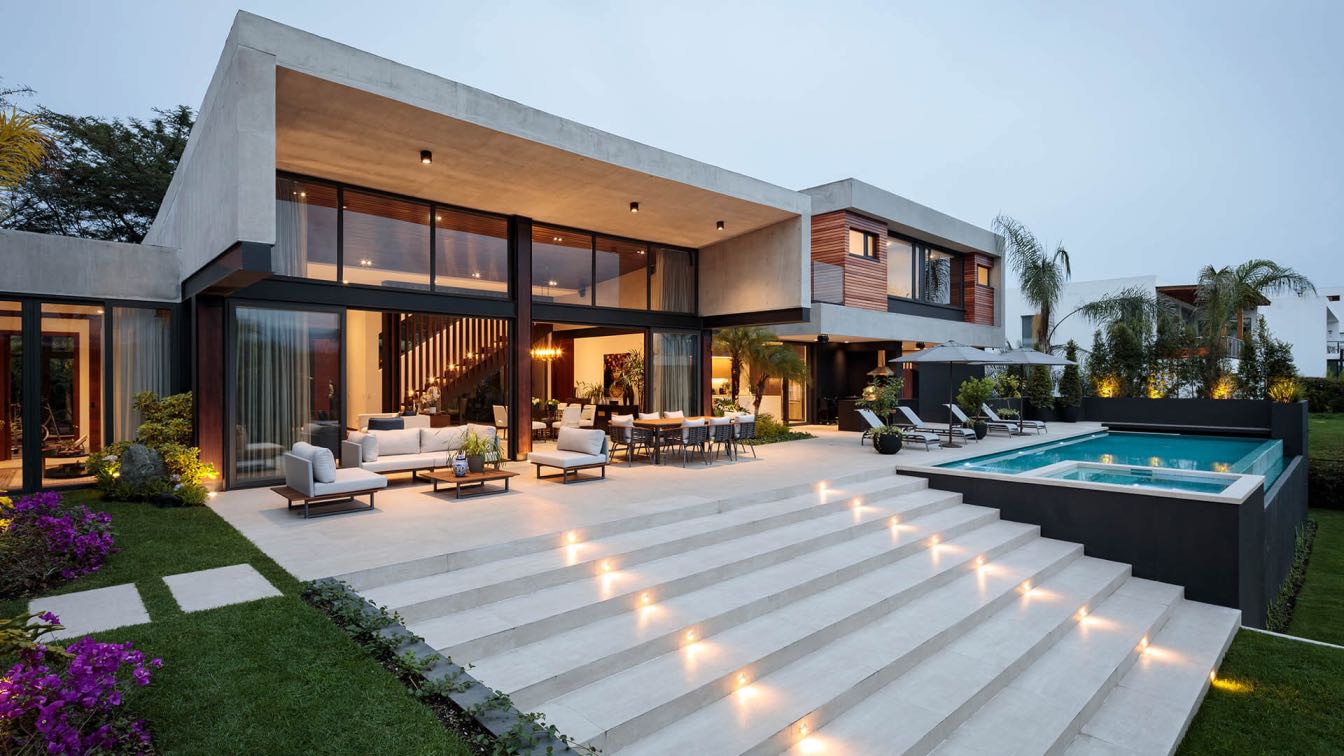 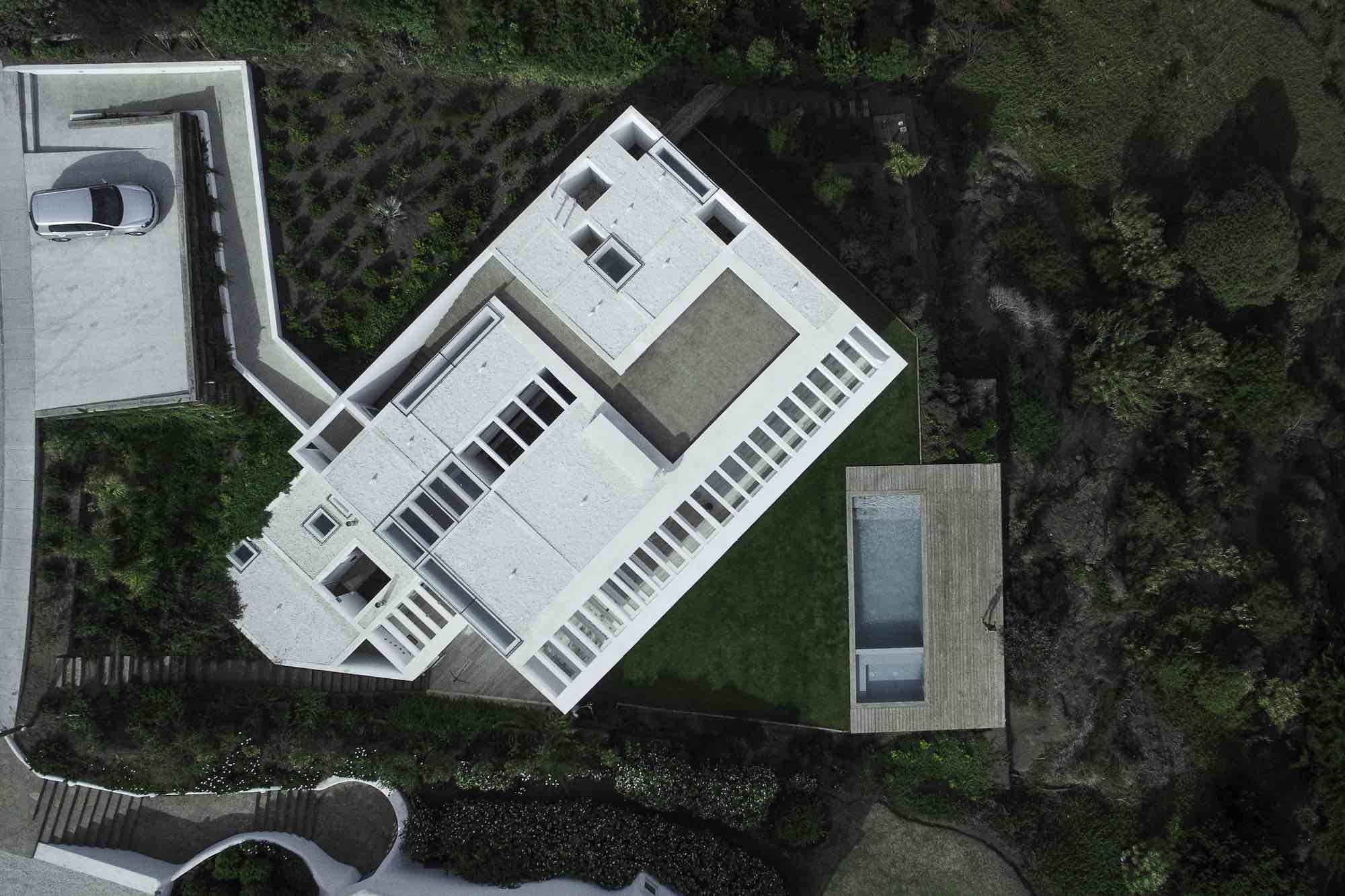 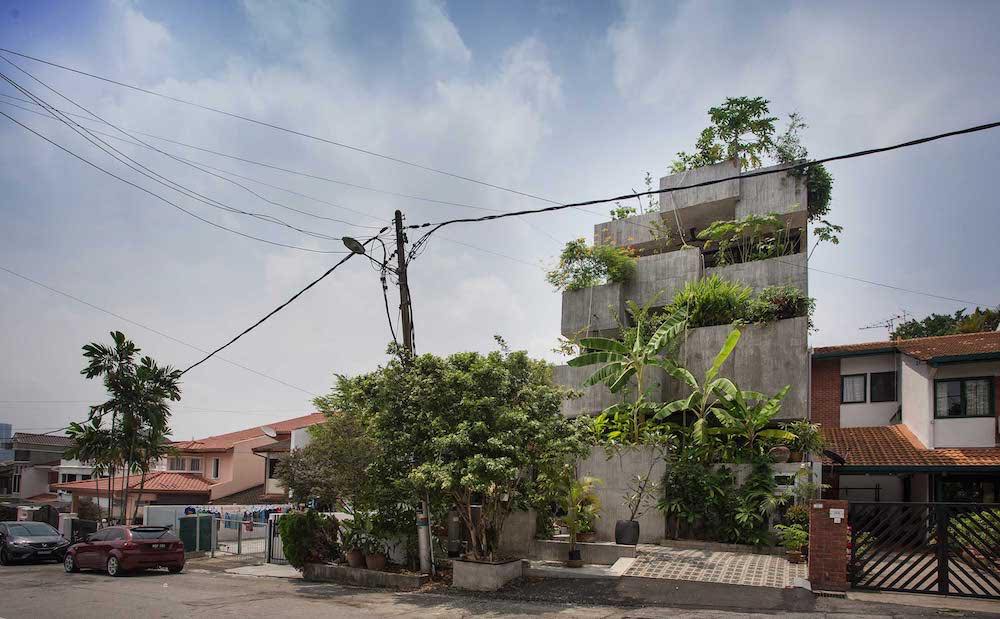 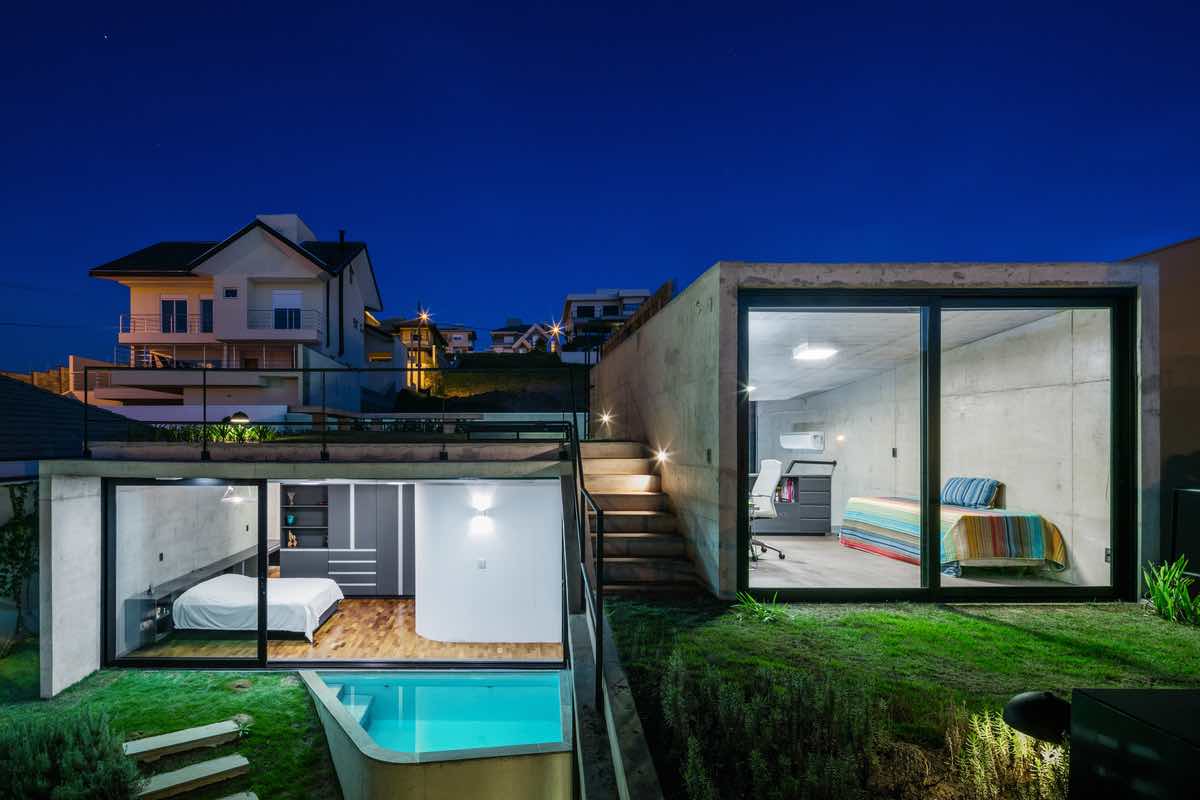