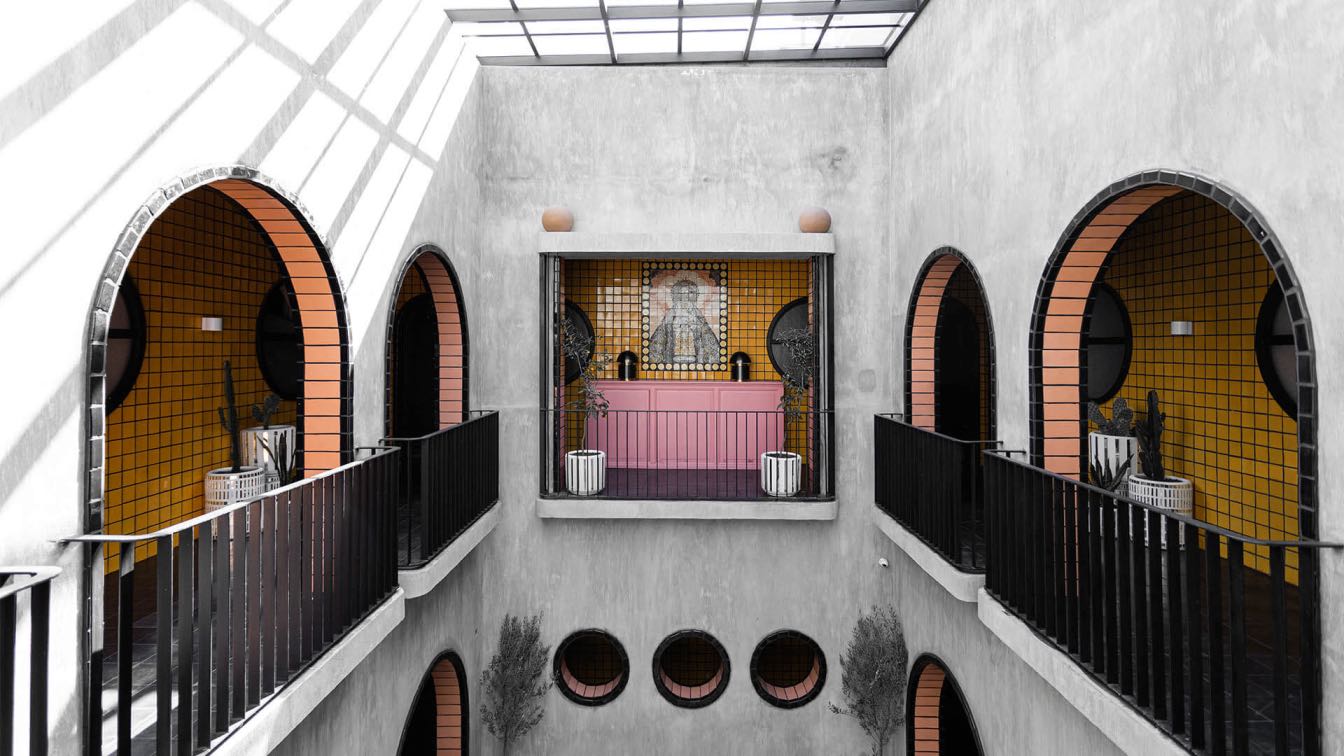 The Overall Project Objective: The history of the colonial building that houses Casa Hoyos is the crucial pillar that gives sustenance to the identity of this new boutique hotel.

The property, located in San Miguel de Allende, was originally acquired by Julián Hoyos at the beginning of the 20th century to make it the first currency exchange bureau in town. Later, Julián and his family decided to start a grain and seed store that would later be known colloquially as “El Banco del Frijol” or “Bean Bank”due to the singular mix of commercial activities.

The sequence of the different generations of the Hoyos family allowed this project to be converted into a hotel rich in details. Today, the iconic building belongs to the fourth generation, who, together with A-G Studio, pay tribute to the family legacy through the conception of this unique accommodation. 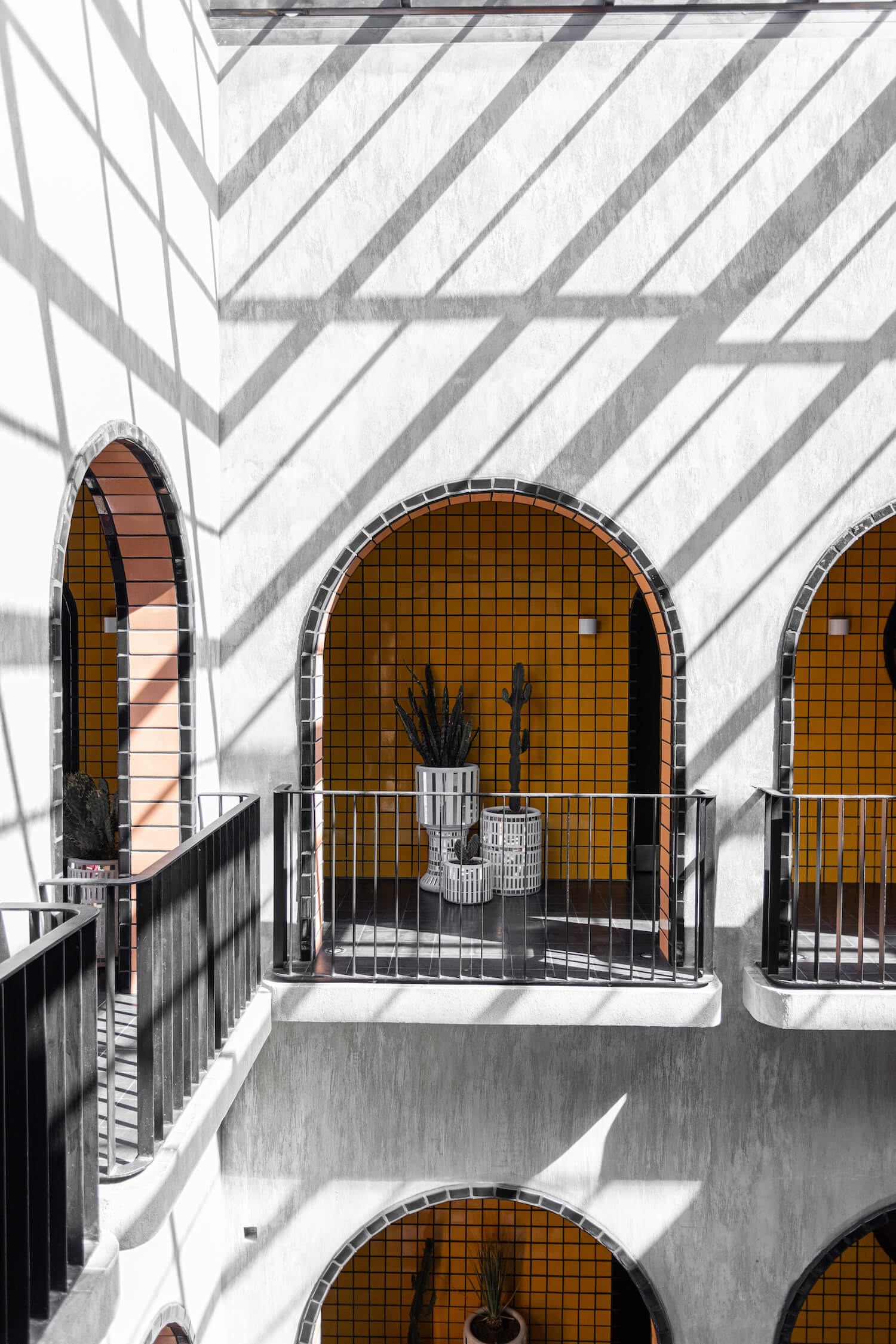 Following the guidelines of the National Institute of Anthropology and History (INAH) to conserve the nation's heritage, the challenge was to restore the main courtyard and build from scratch, on the back, a contemporary space that would strengthen and preserve the original identity of the edifice, giving it the genuine bohemian style that characterizes the essence of San Miguel de Allende.

Being a protected property, every detail of the remodeling had to be submitted to the approval of the institution.

The source of inspiration for the architectural project derives from the encounter between the three key moments in the history of the property: the arrival of Julián Hoyos from Spain and his family life, the opening of the first currency exchange office, and its conversion into a store of grains and seeds.

Each of these moments influenced the selection of materials and decorative elements that converge in the same space, giving life to Casa Hoyos. 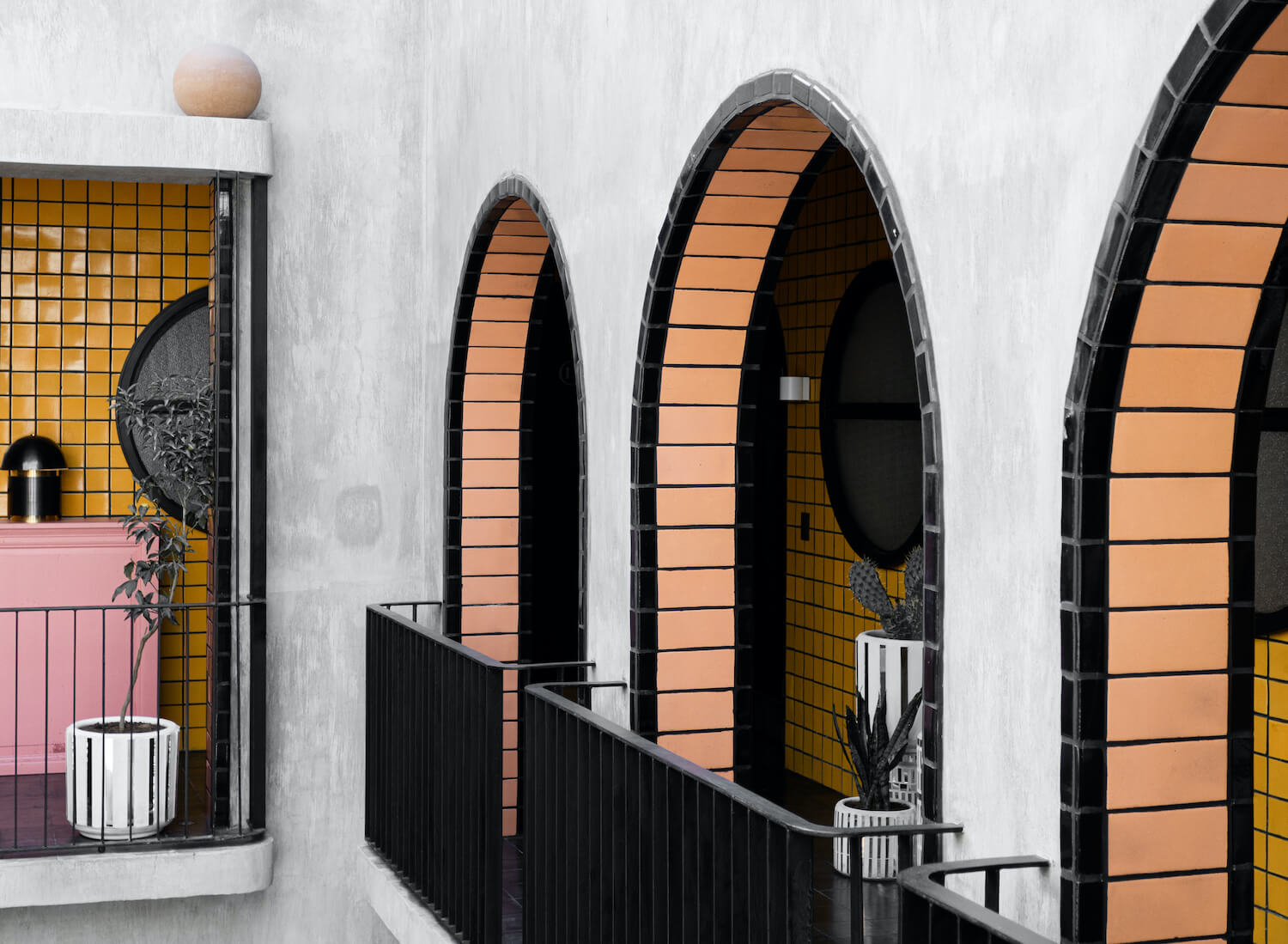 The interior layout is concentric; the spaces of the hotel, located on the ground floor and first level, are distributed around an open central patio bordered by Andalusian- style balconies, reminiscent of a typical house in southern Spain.

At the back part of the first level, the mural of a Sorrowful Virgin of Loreto -- made and hand-painted in glazed Talavera from the city of Dolores Hidalgo -- crowns an altar that reflects one of the most deeply-rooted religious traditions of the Iberian Peninsula, from which the Hoyos family originated.

Just below the virgin is the antique piece of furniture that served as the original counter of the bank. Like this restored piece, various objects that were found in the house for years were recovered to give them a new life within the project, remaining as vestiges and witnesses of the past.

Every piece of furniture within the 16 rooms was integrally designed by A-G Studio for Casa Hoyos. Contemporary pieces combine elements of the colonial baroque, such as the wardrobes Solomonic paws. Also, hand-woven wool Gobelins -- designed by the Mexican artist Melissa Ávila to represent, one by one, the members of the family -- were made using ancient Oaxacan artisanal techniques.

The full project gathers collaborations from various Mexican artists and designers, among which are: the previously mentioned Melissa Ávila, as well as Isaac Cruz, Paloma Layseca, Andrea Flores and Lucía Soto. 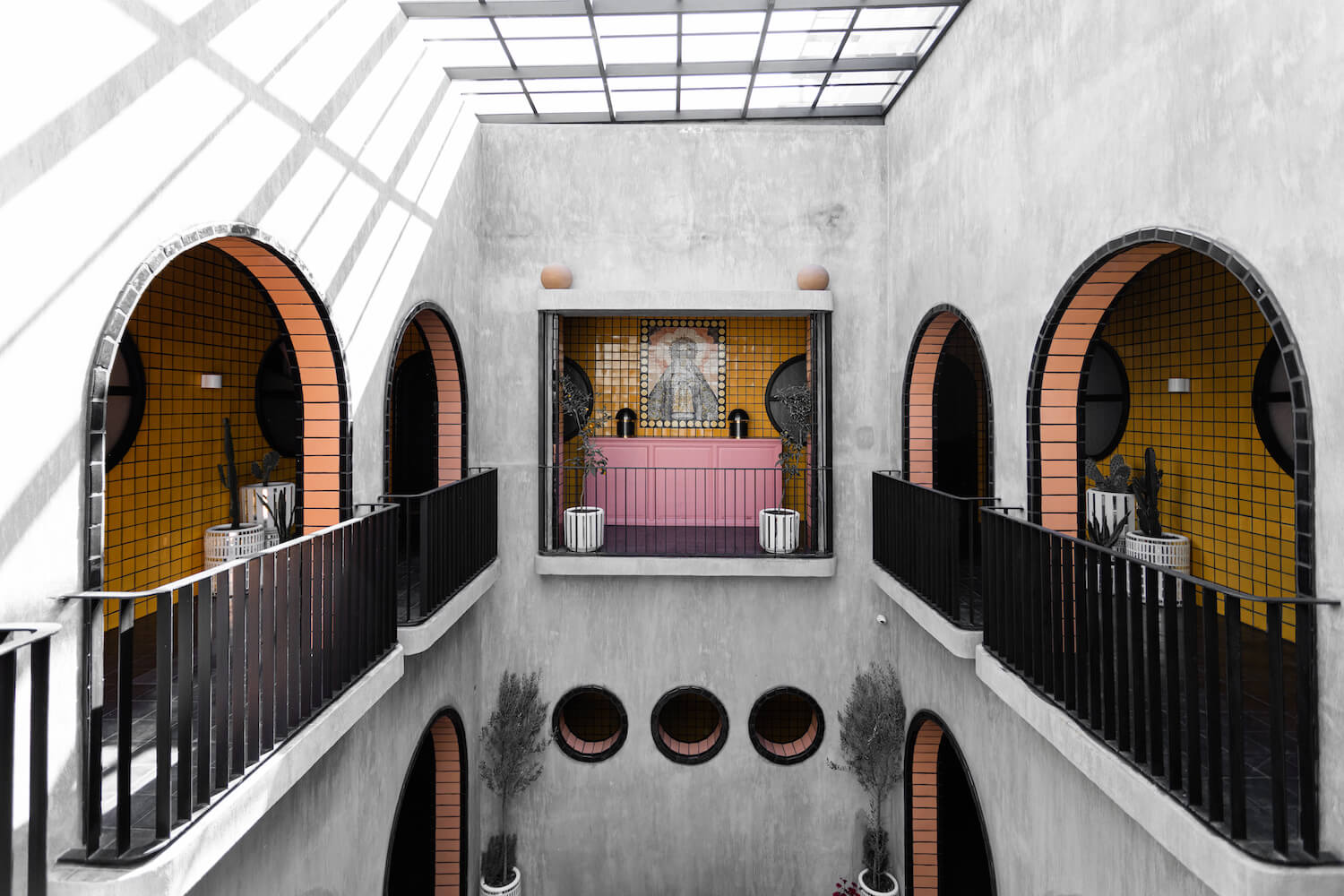 Yellow predominates in the palette; this main color is seen in glazed clay tiles that, placed in a certain way, symbolize a corn cob. A range of ocher and red tones is present on different floors as well as in some wool textiles, which were handmade in the state of Guanajuato.

While salmon-colored clay tiles are found in the inner part of the arches that surround the courtyard -- representing the belly of the snakes that make up the Hoyos family heraldic shield --, black pieces of this same material are on the floors of the hallways that lead into the rooms.

The interior design highlights plaster pots with embedded fragments of mirror, a contemporary reinterpretation of those that originally decorated the house. These authentically Mexican pieces have a Moorish tint that subtly harmonizes with the project's eclectic aesthetic.

All the materials and finishes selected for Casa Hoyos are typical of different states of Mexico. 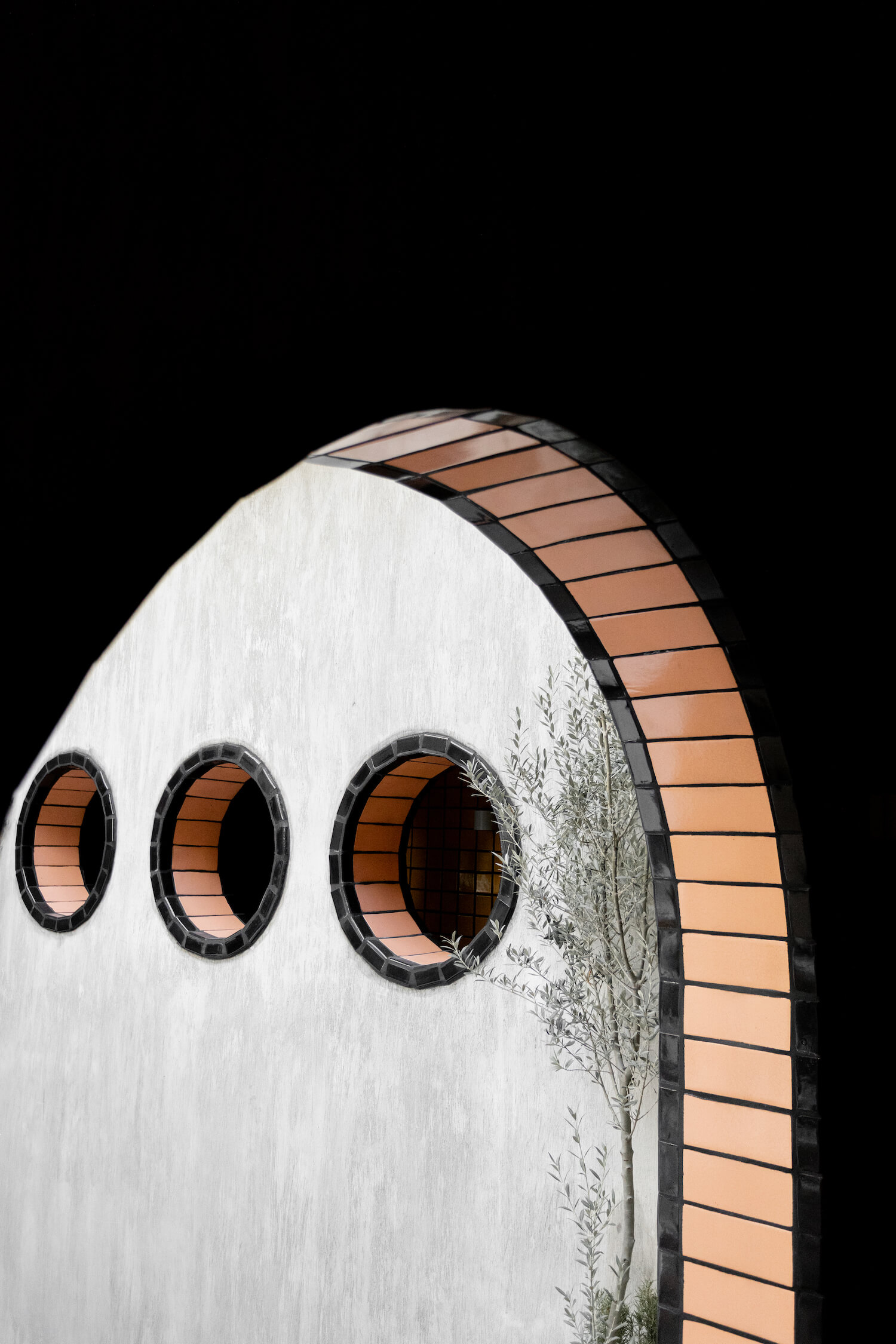 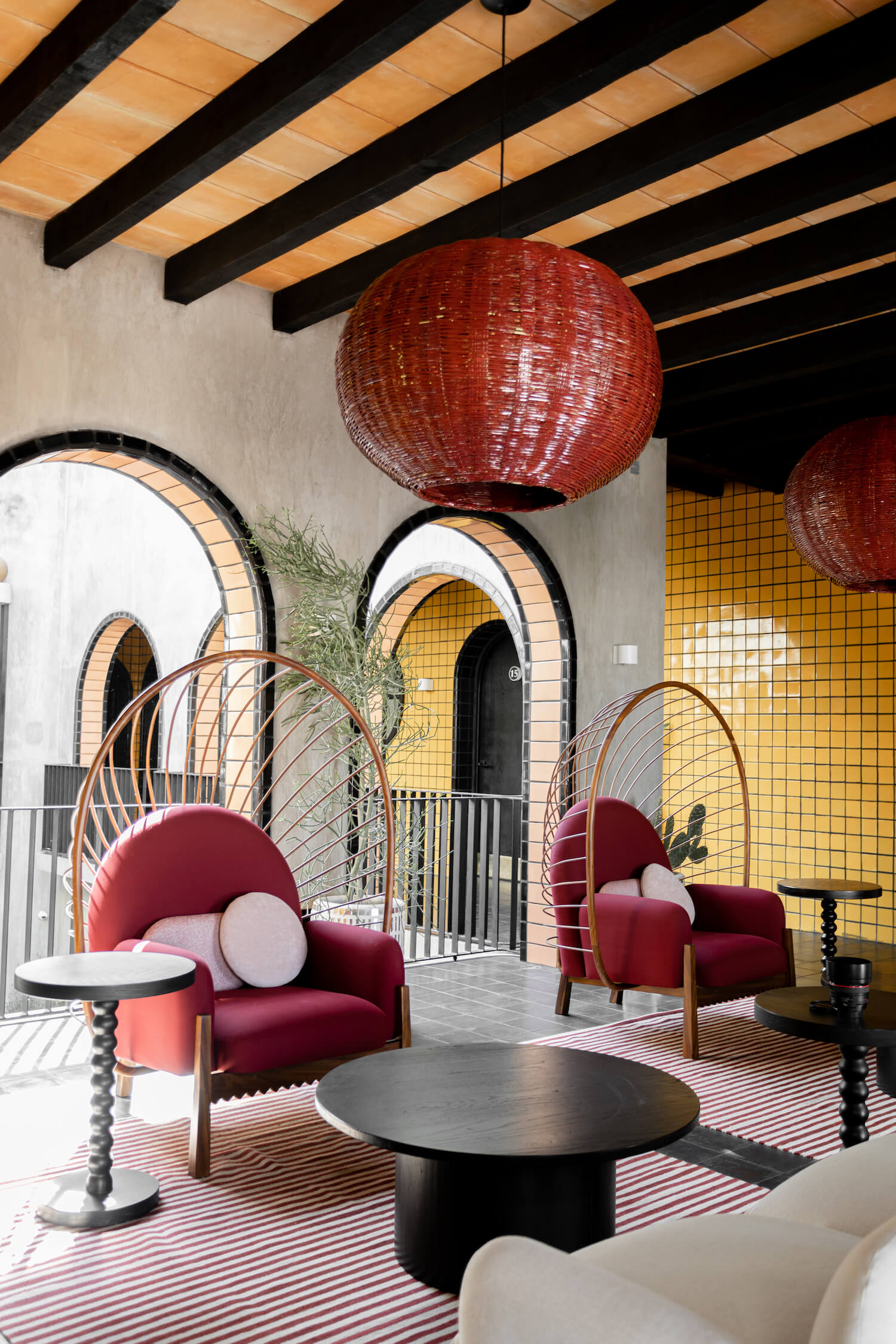 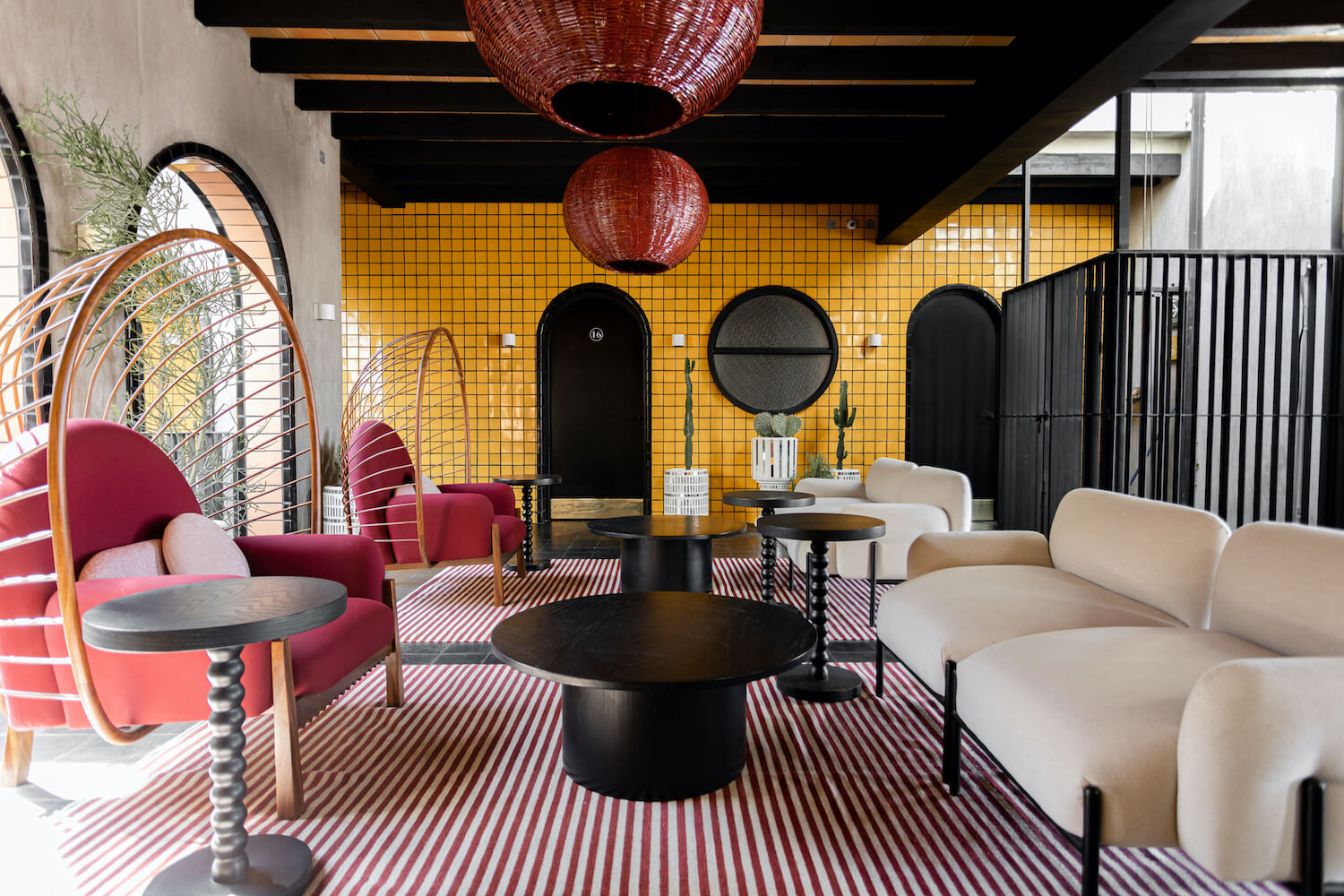 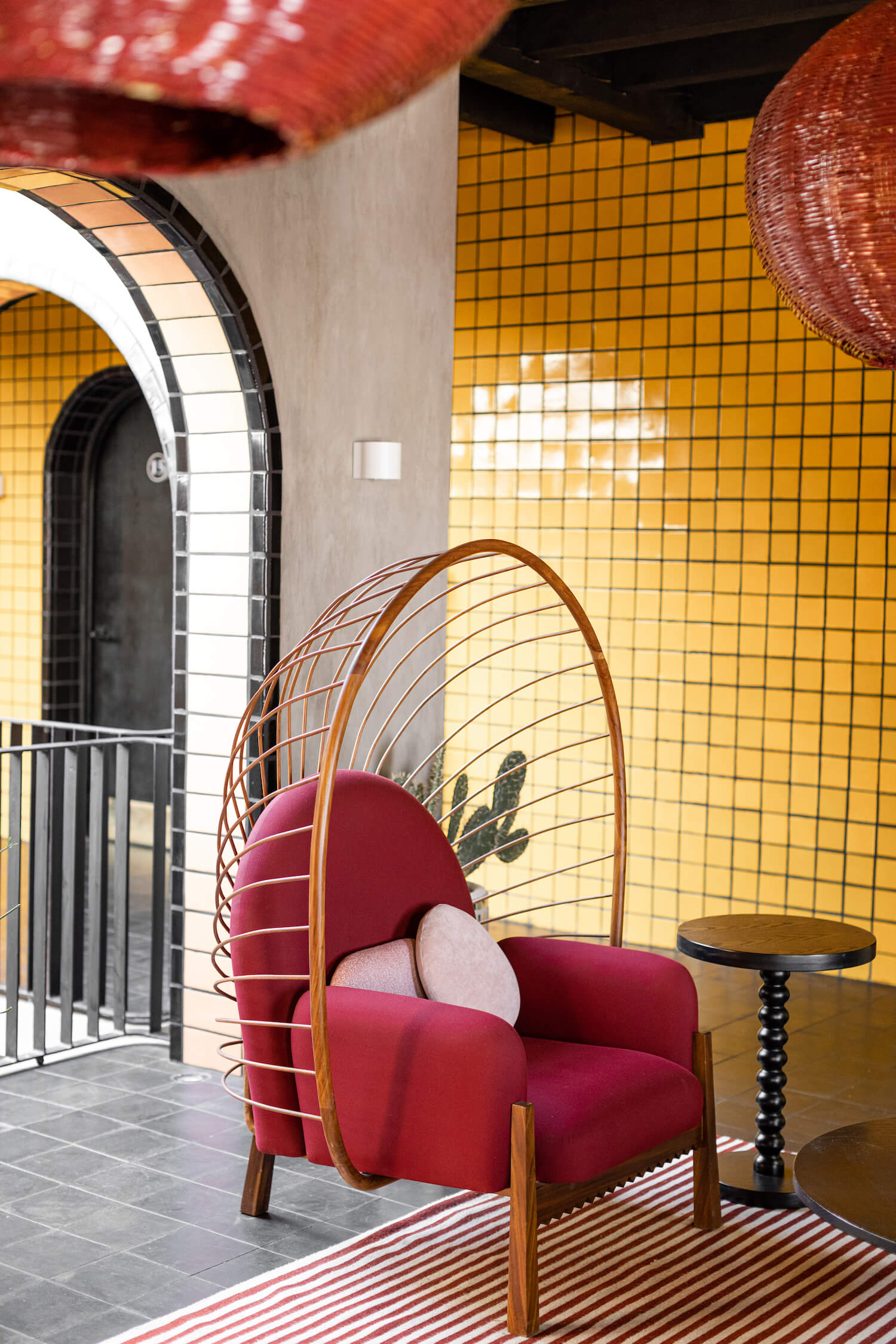 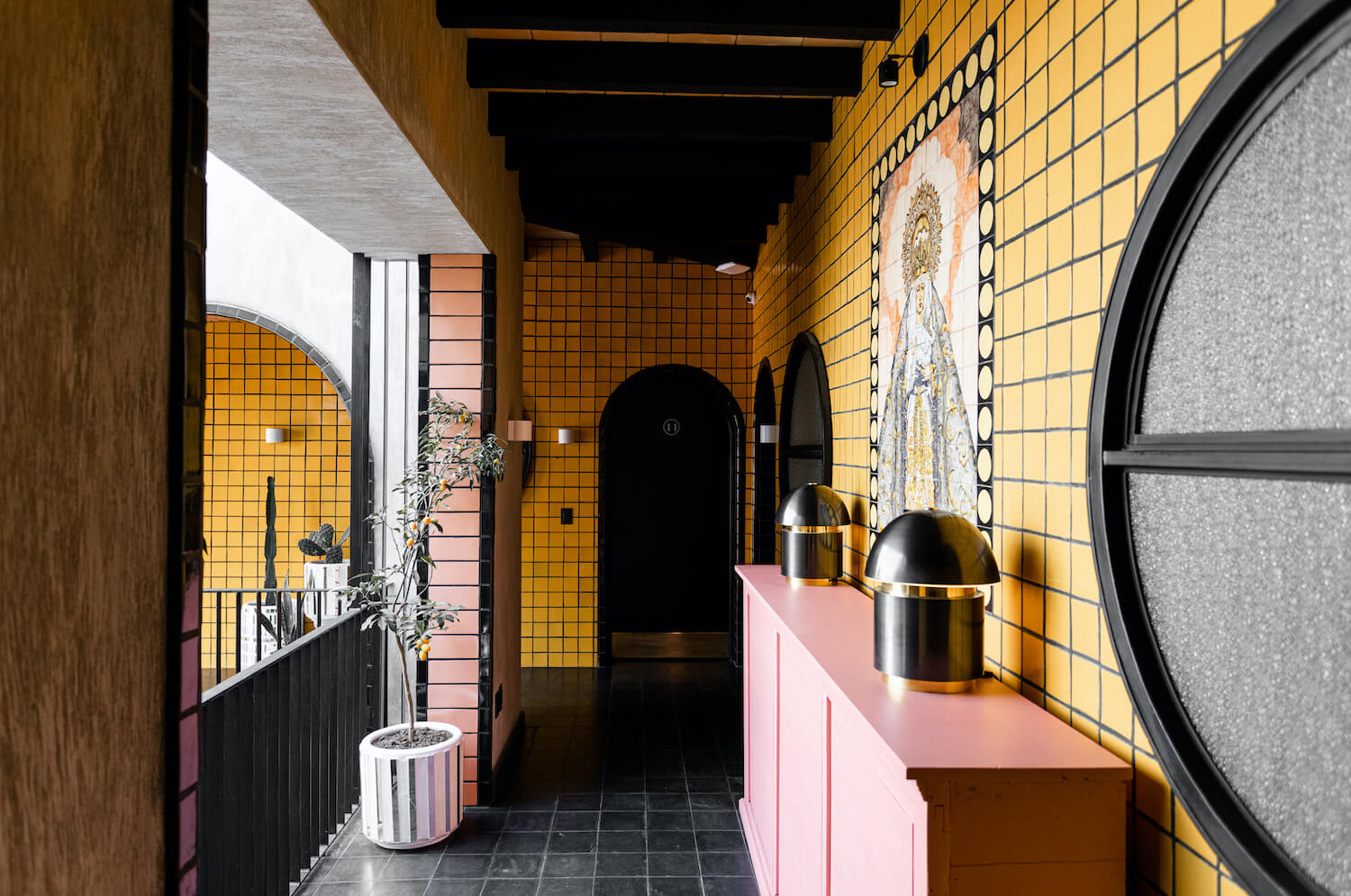 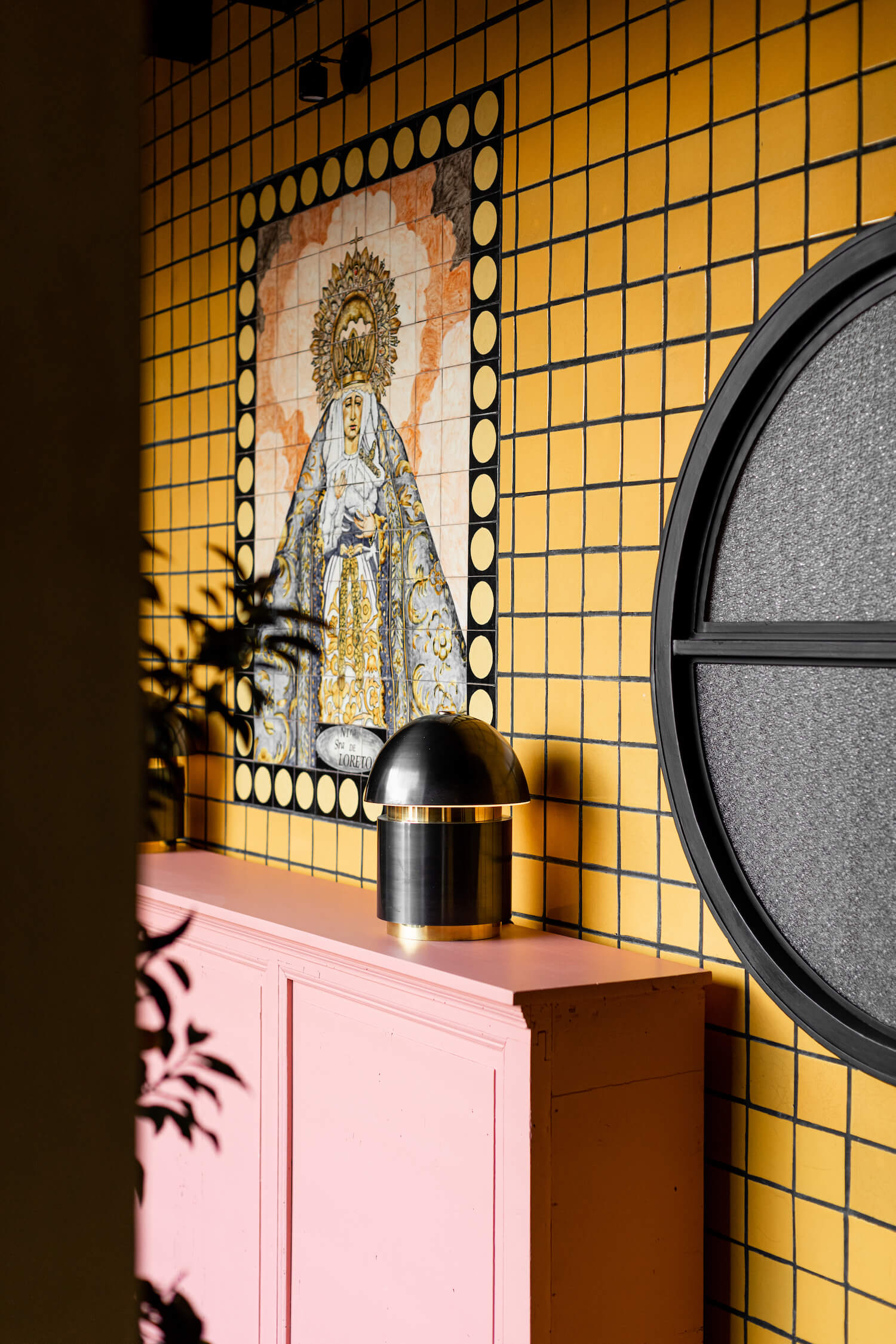 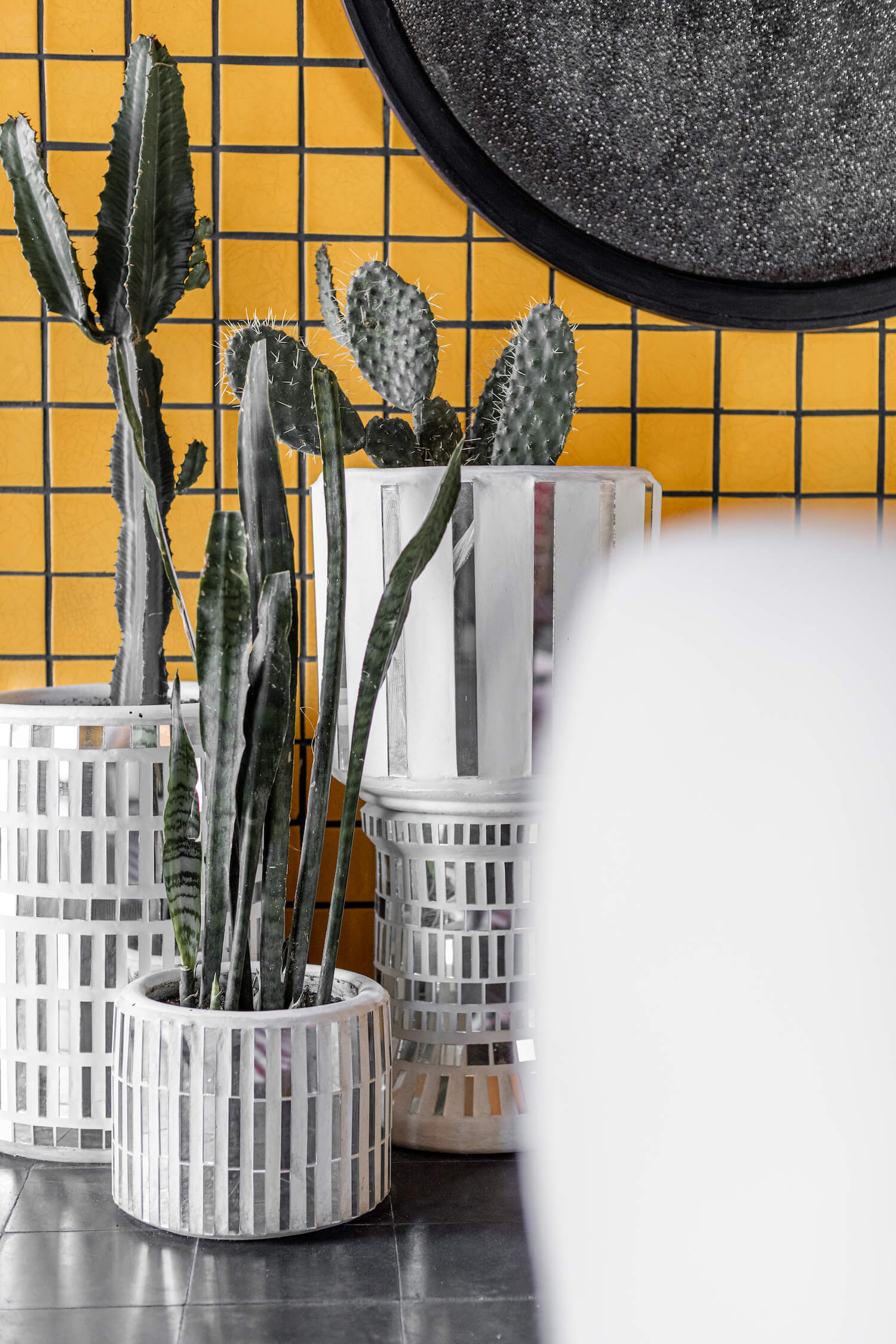 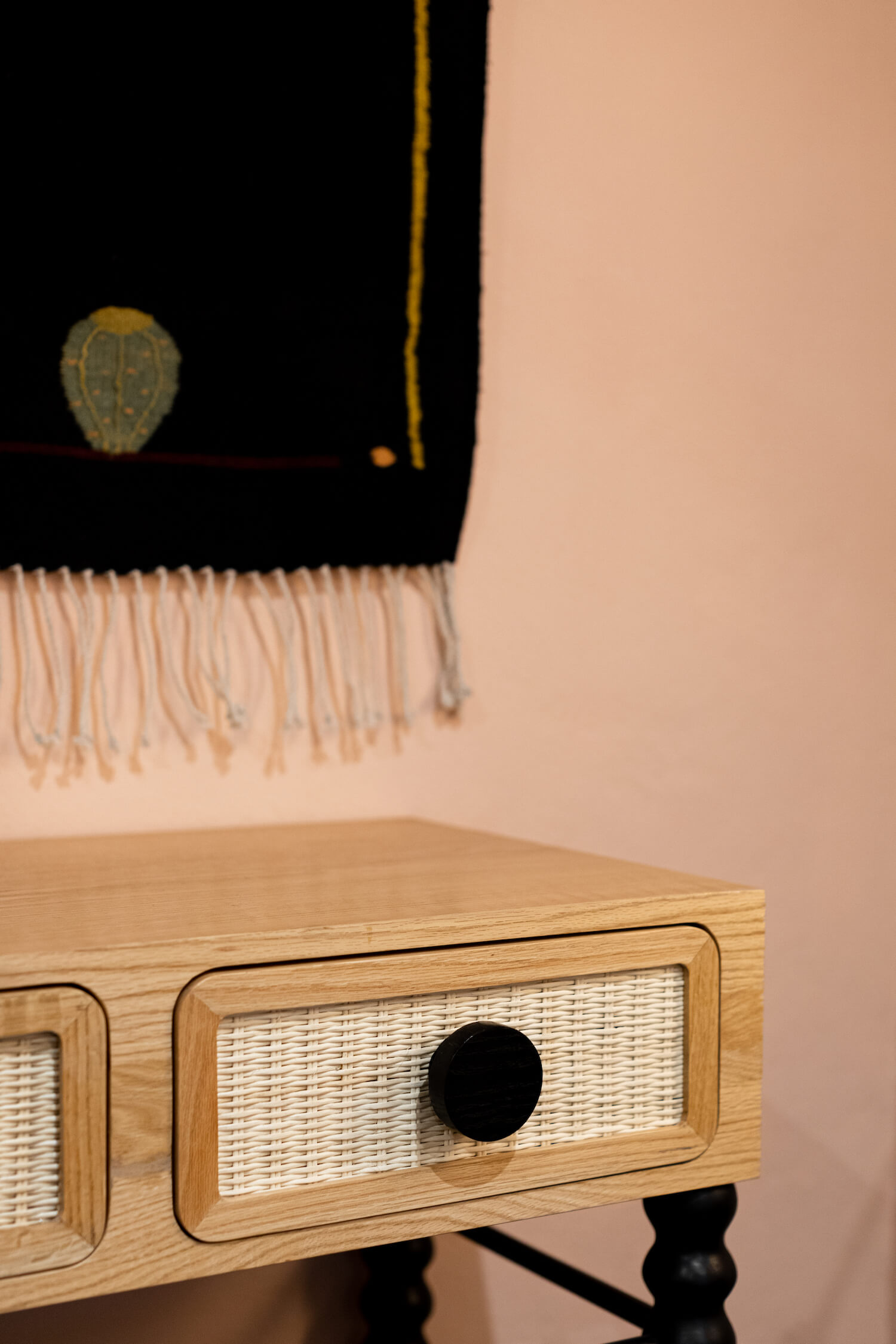 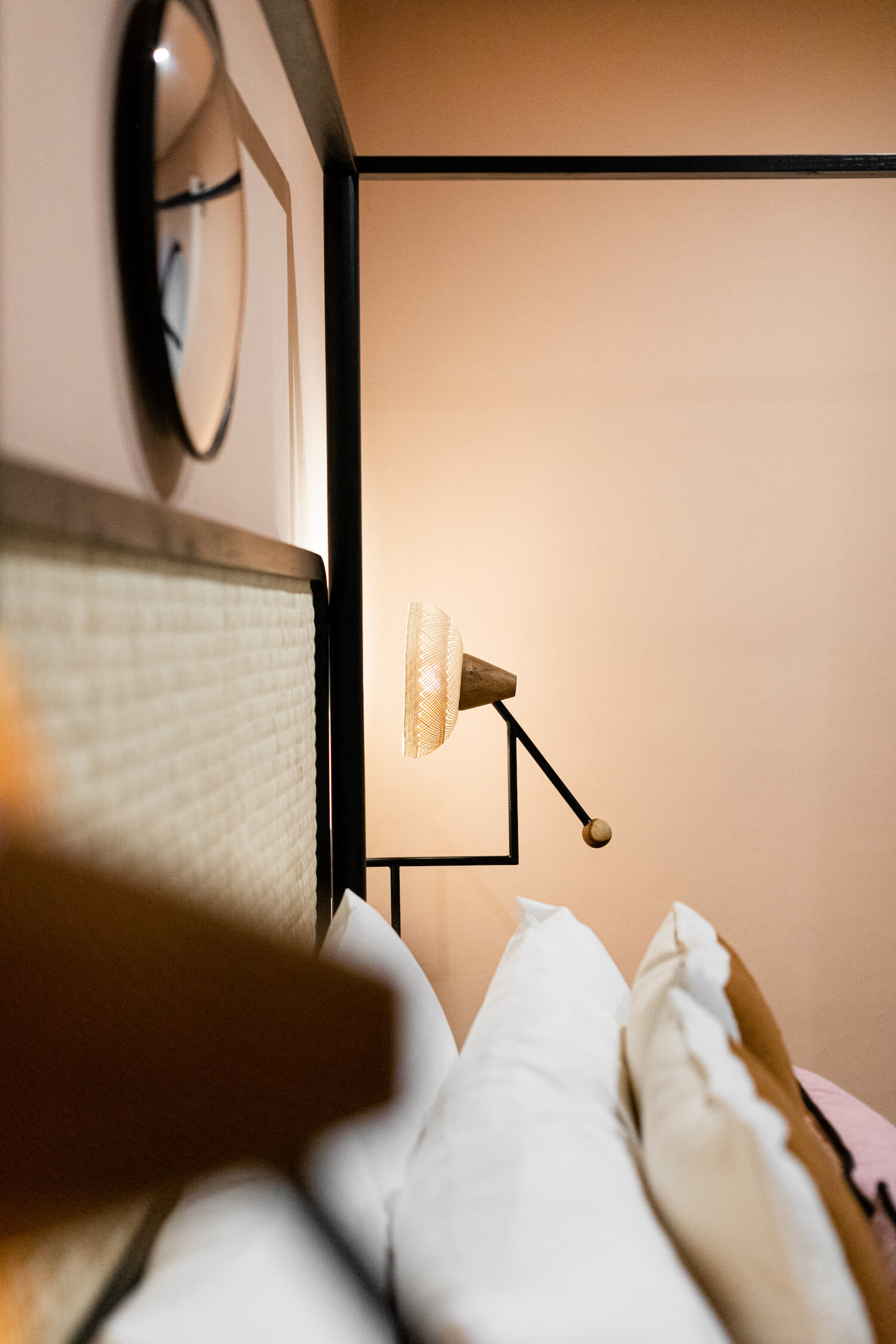 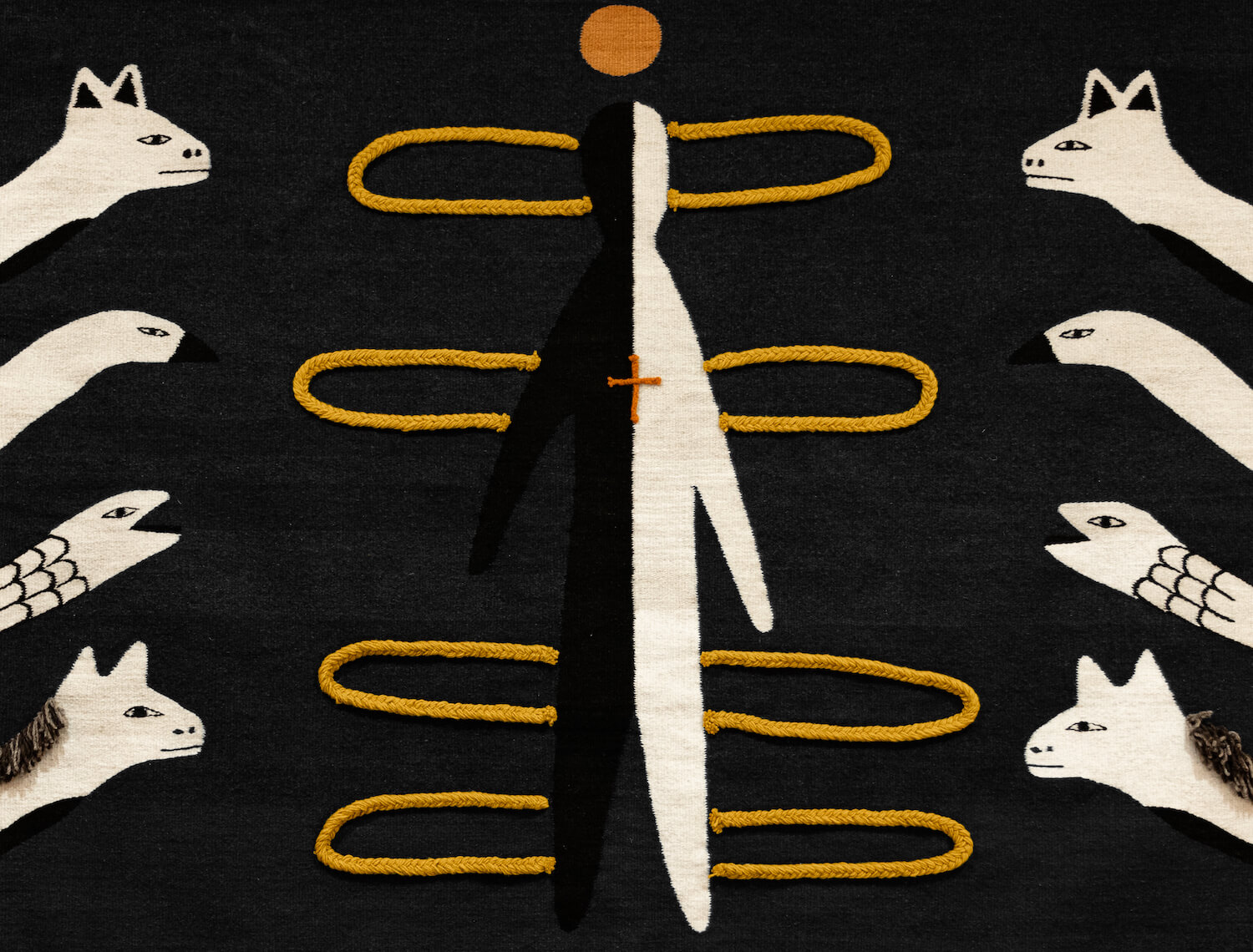 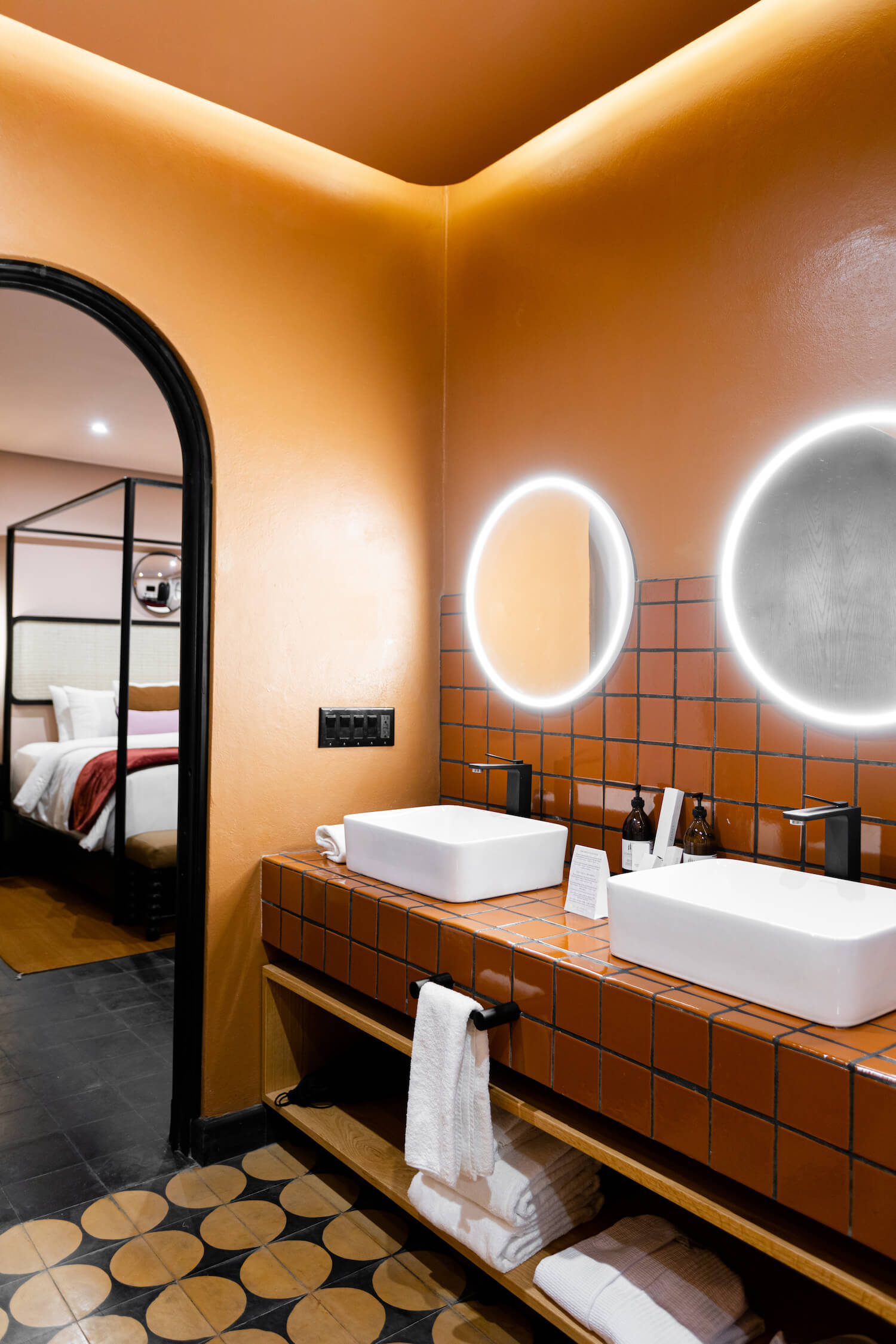 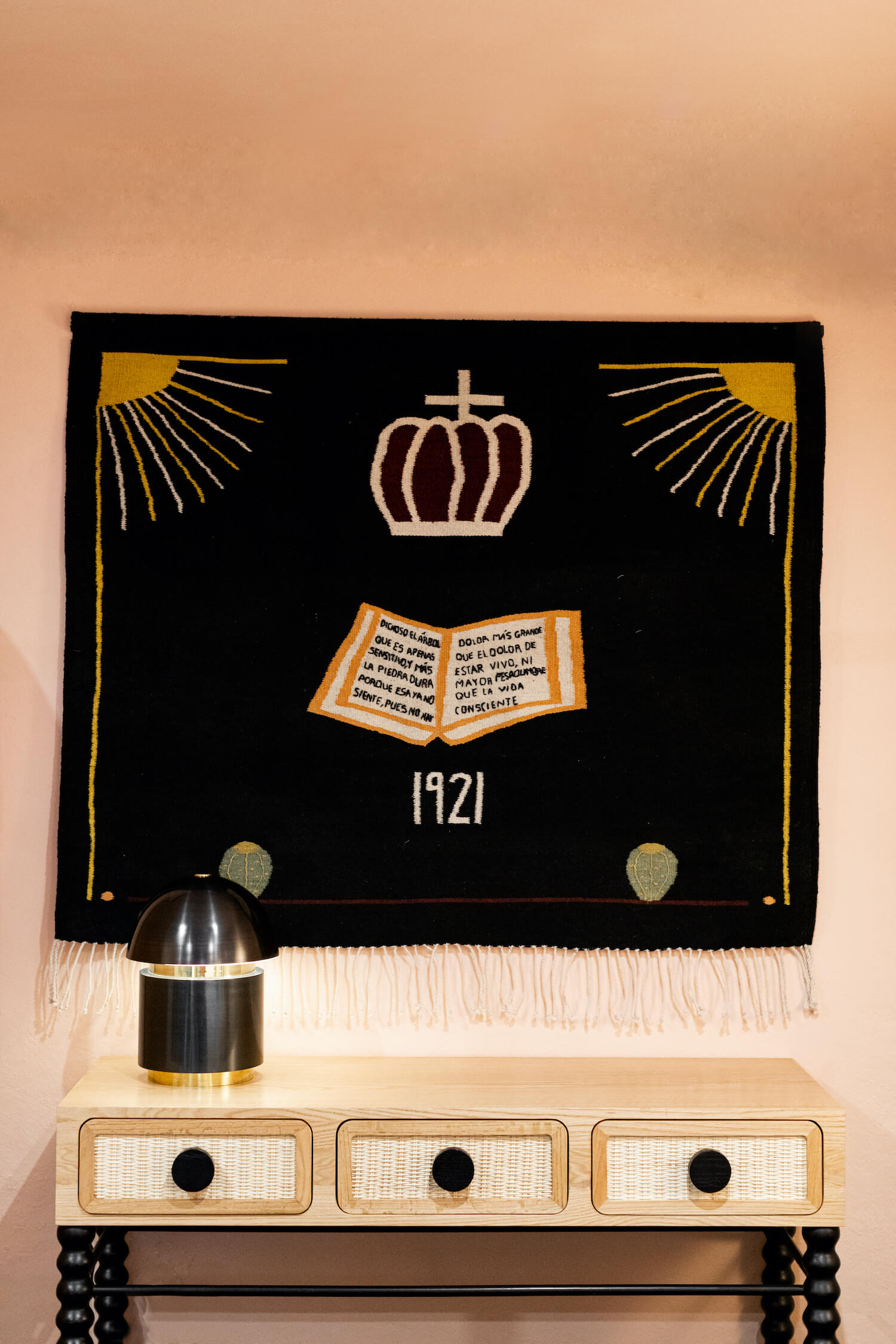 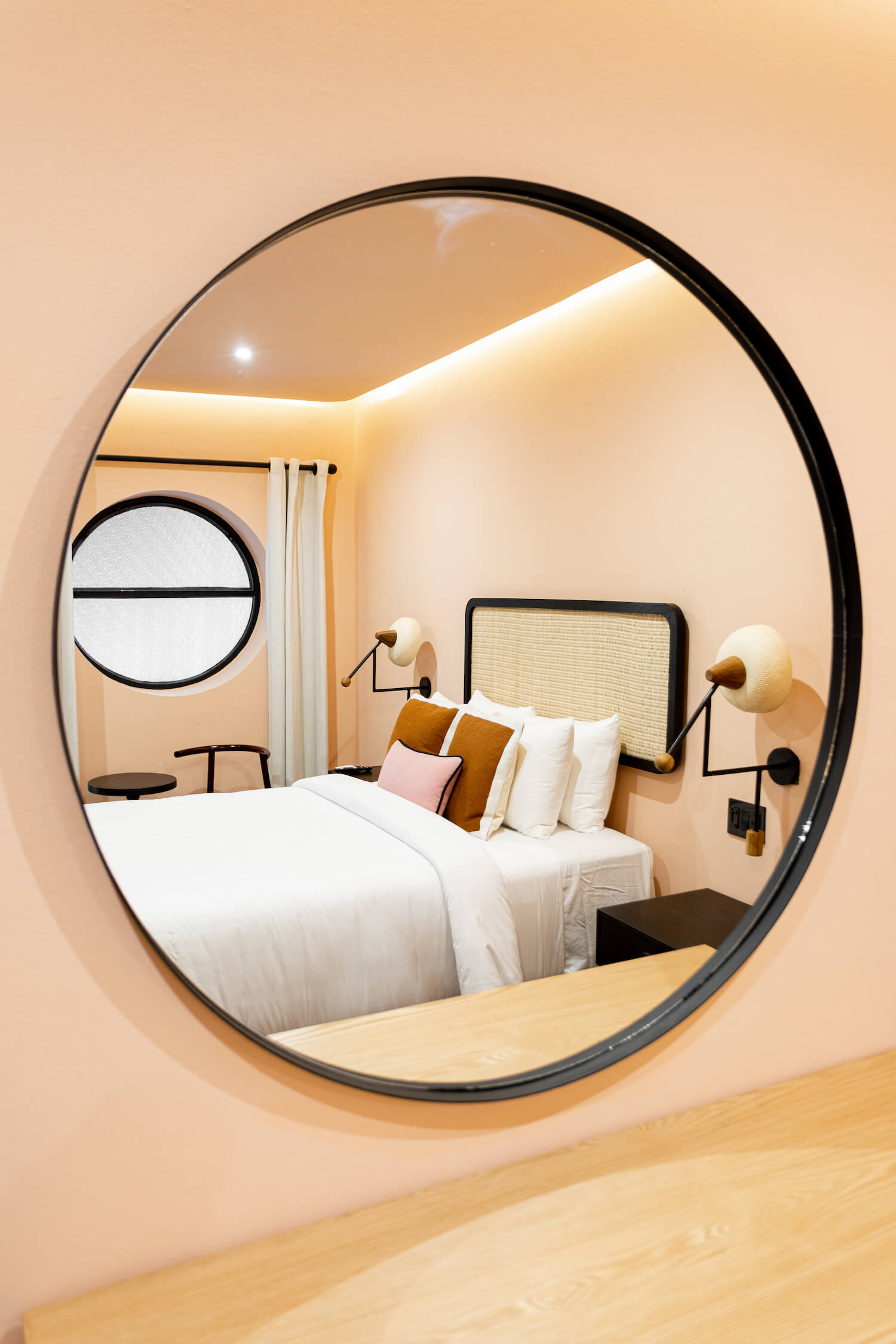 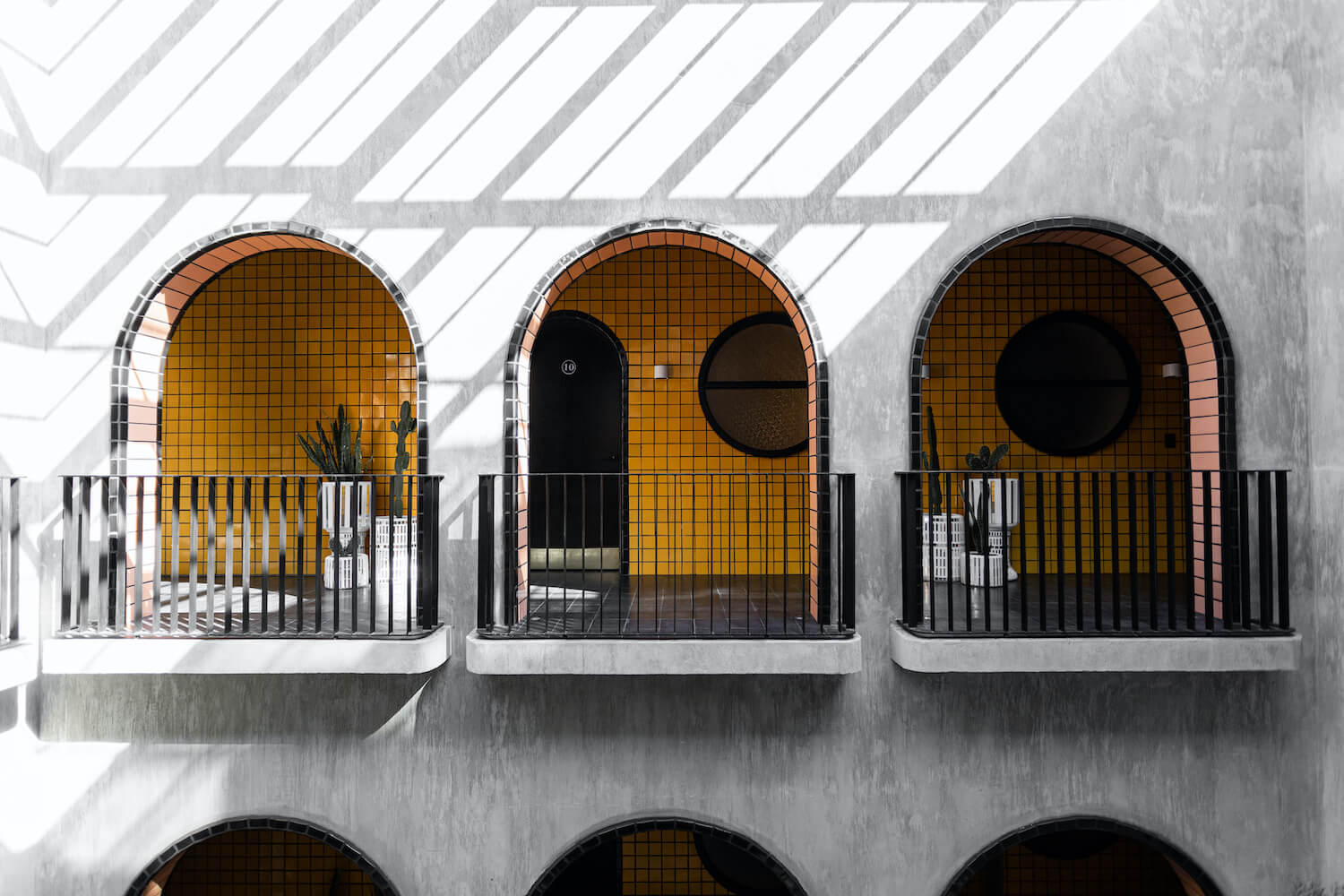 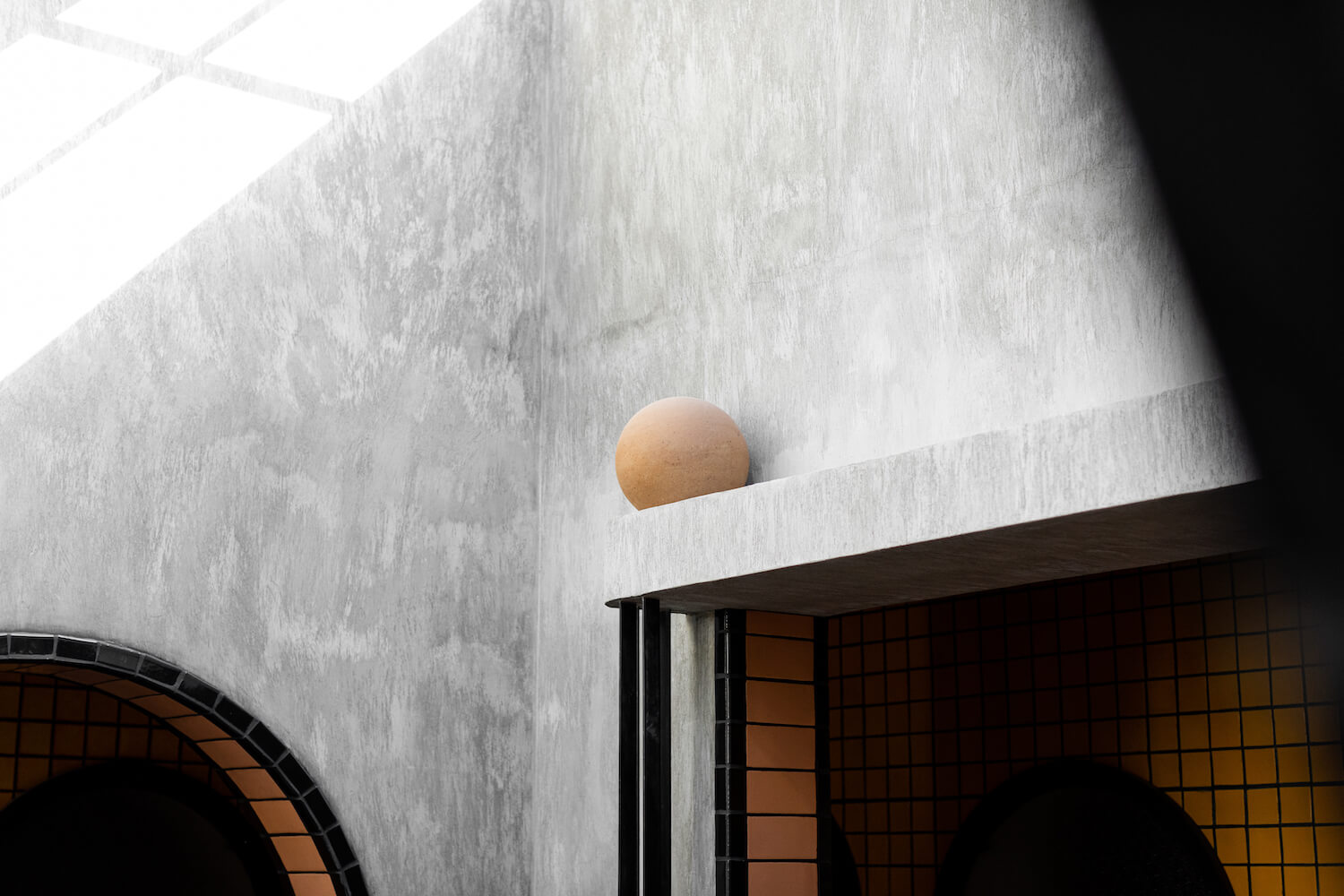 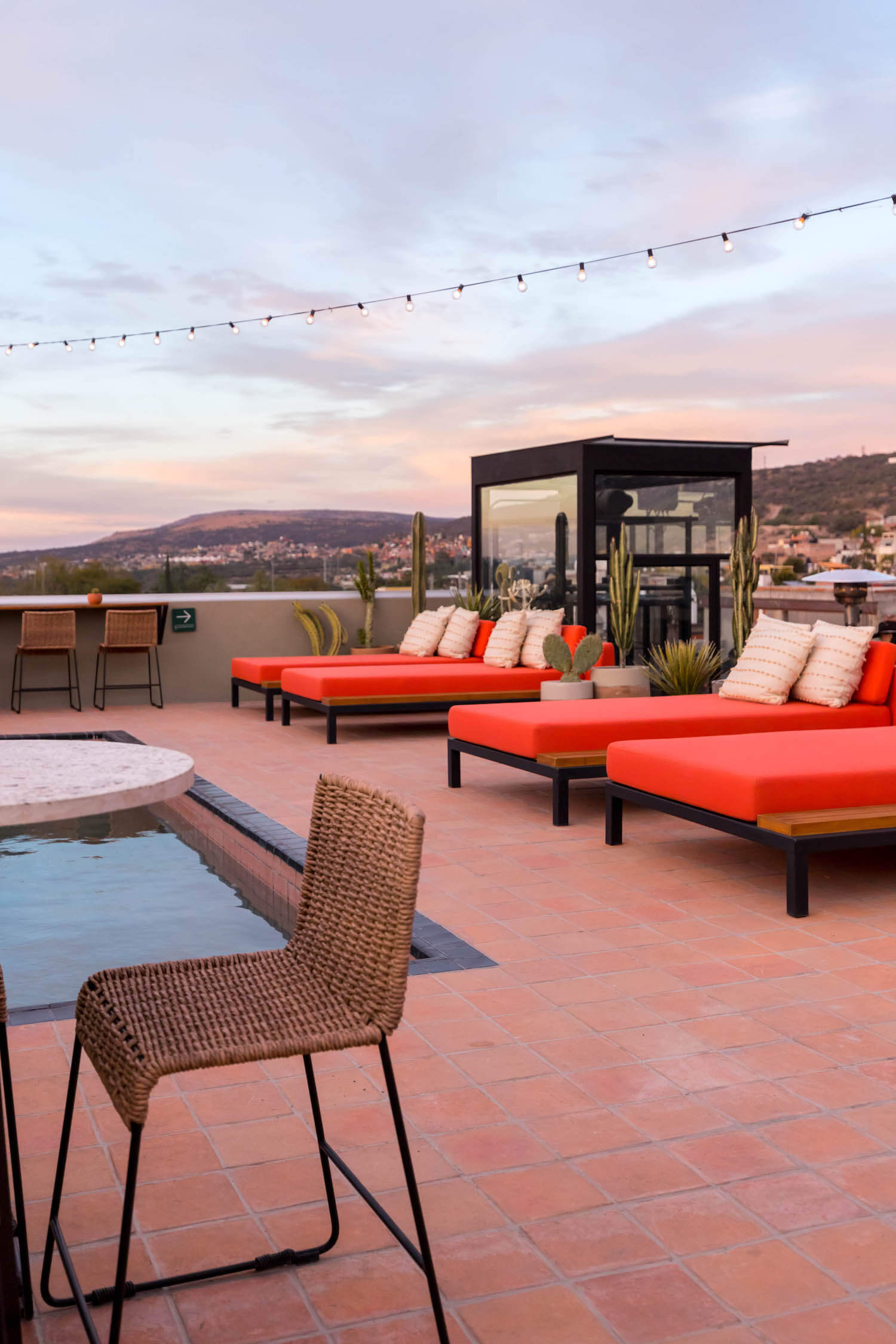 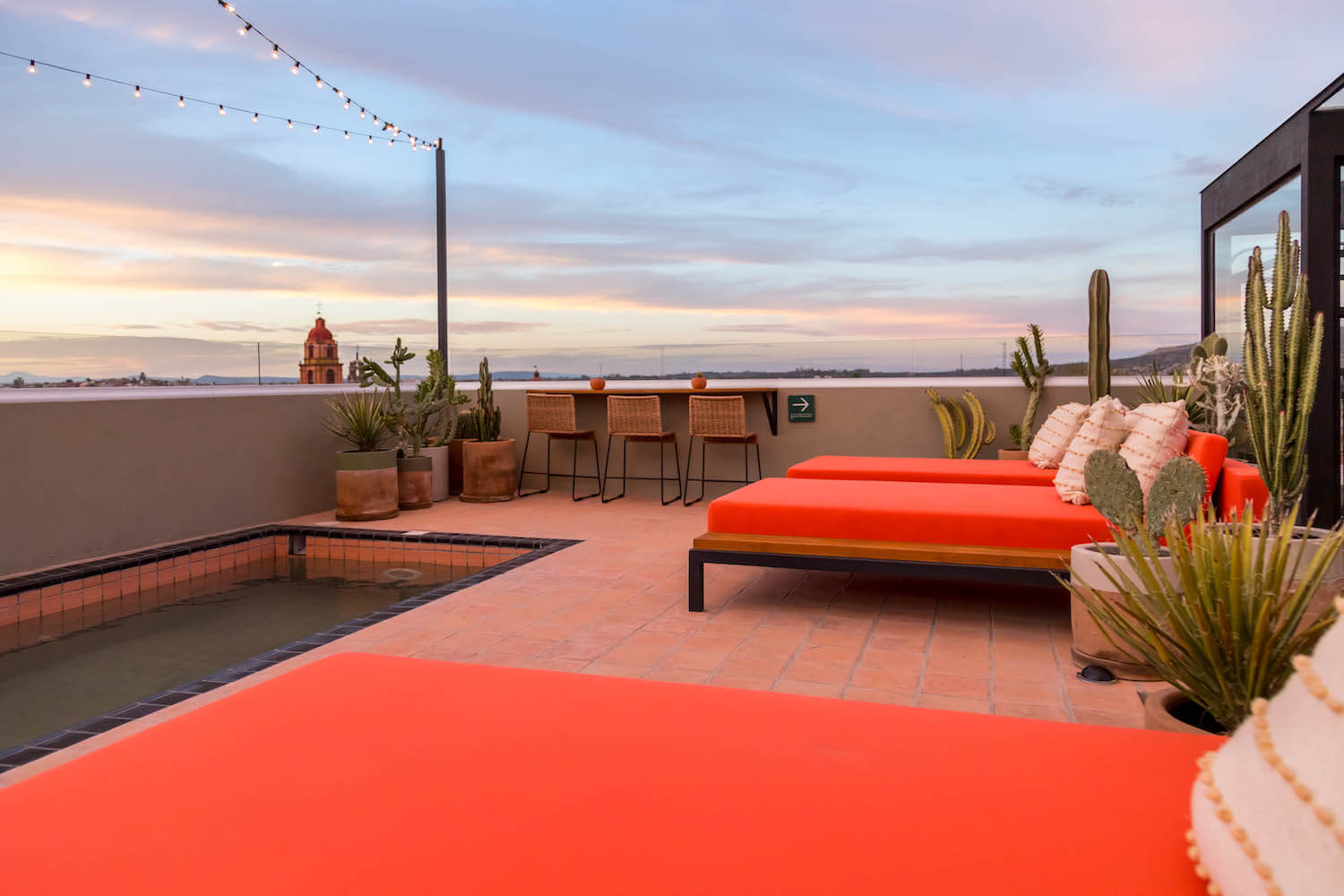 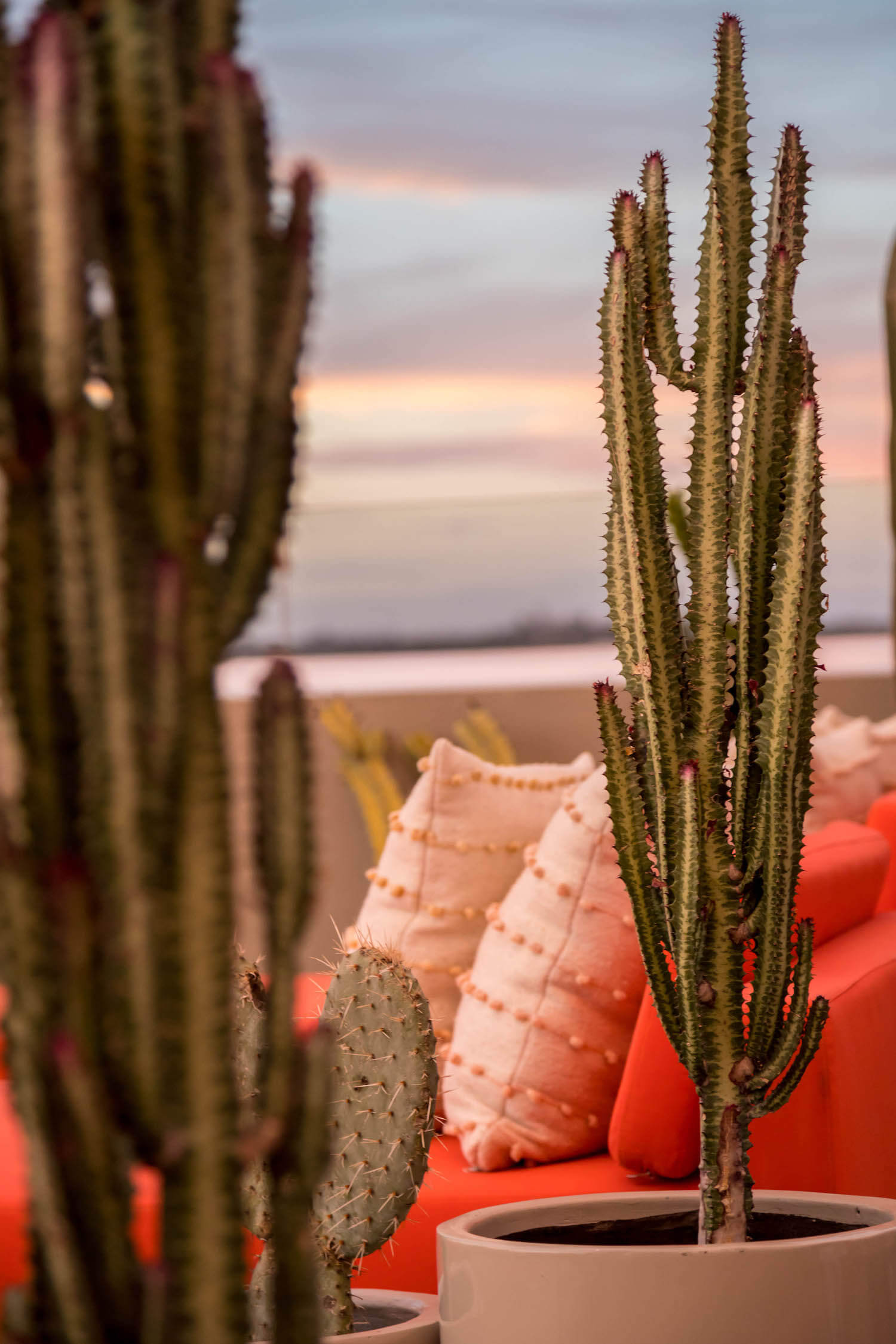 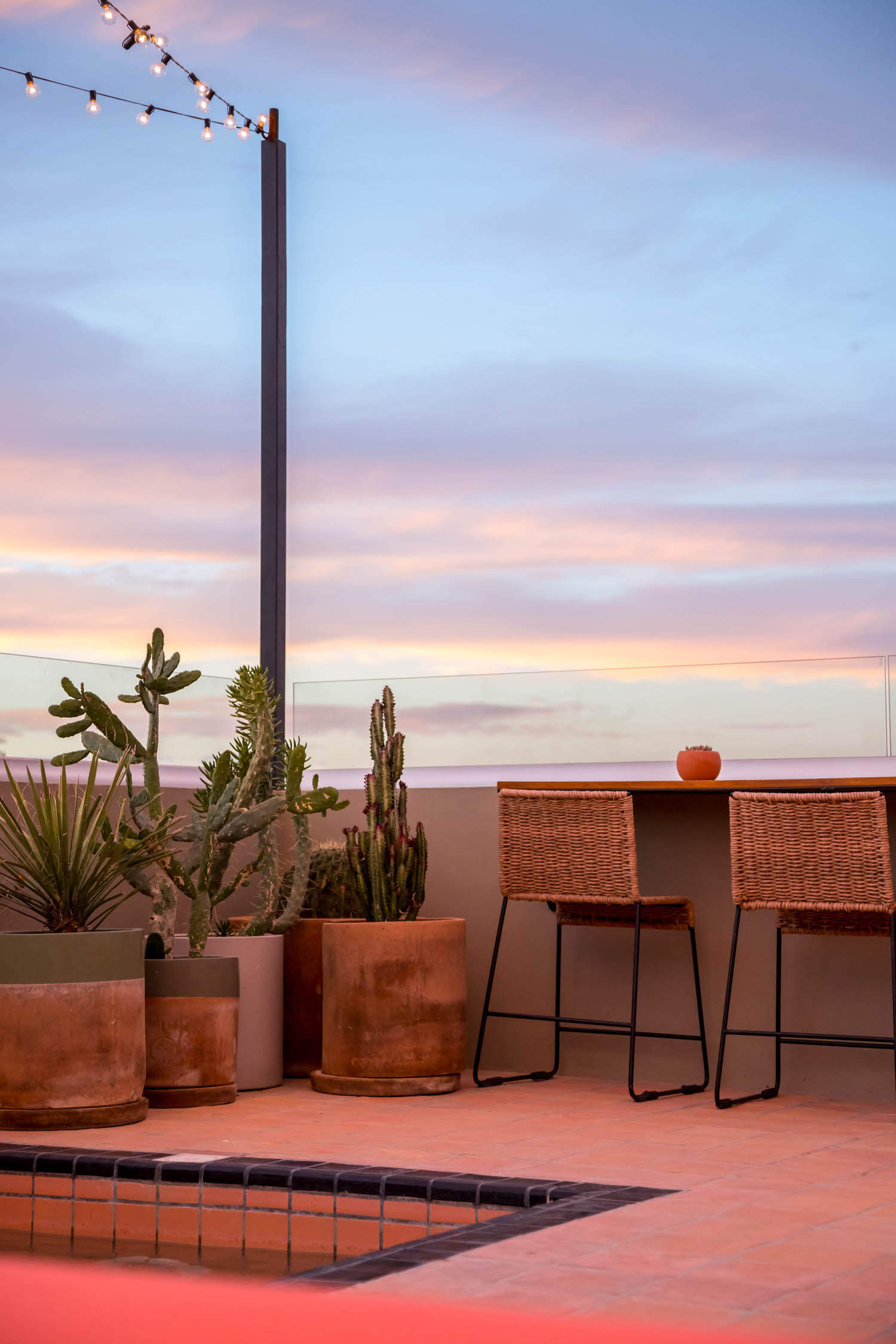 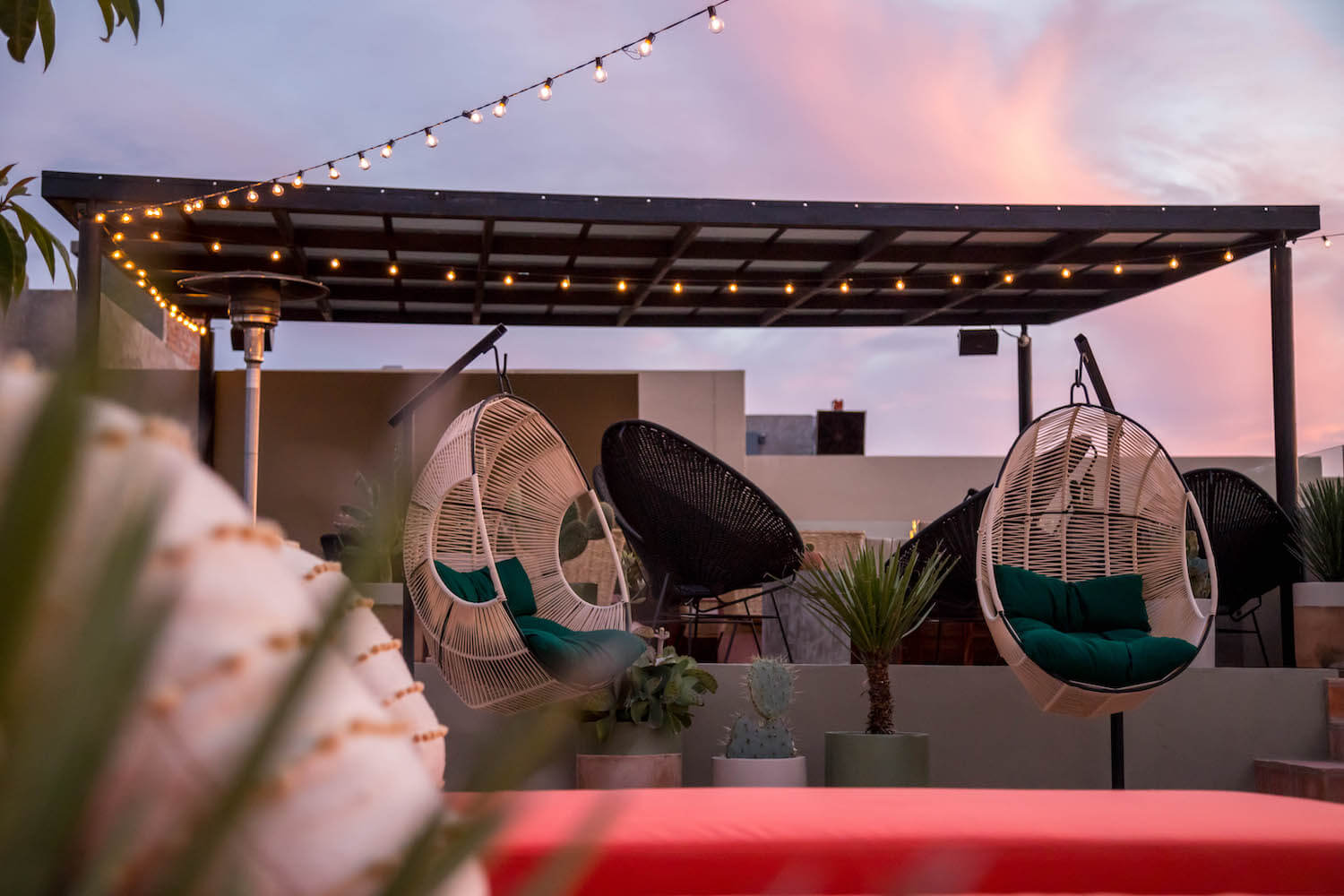 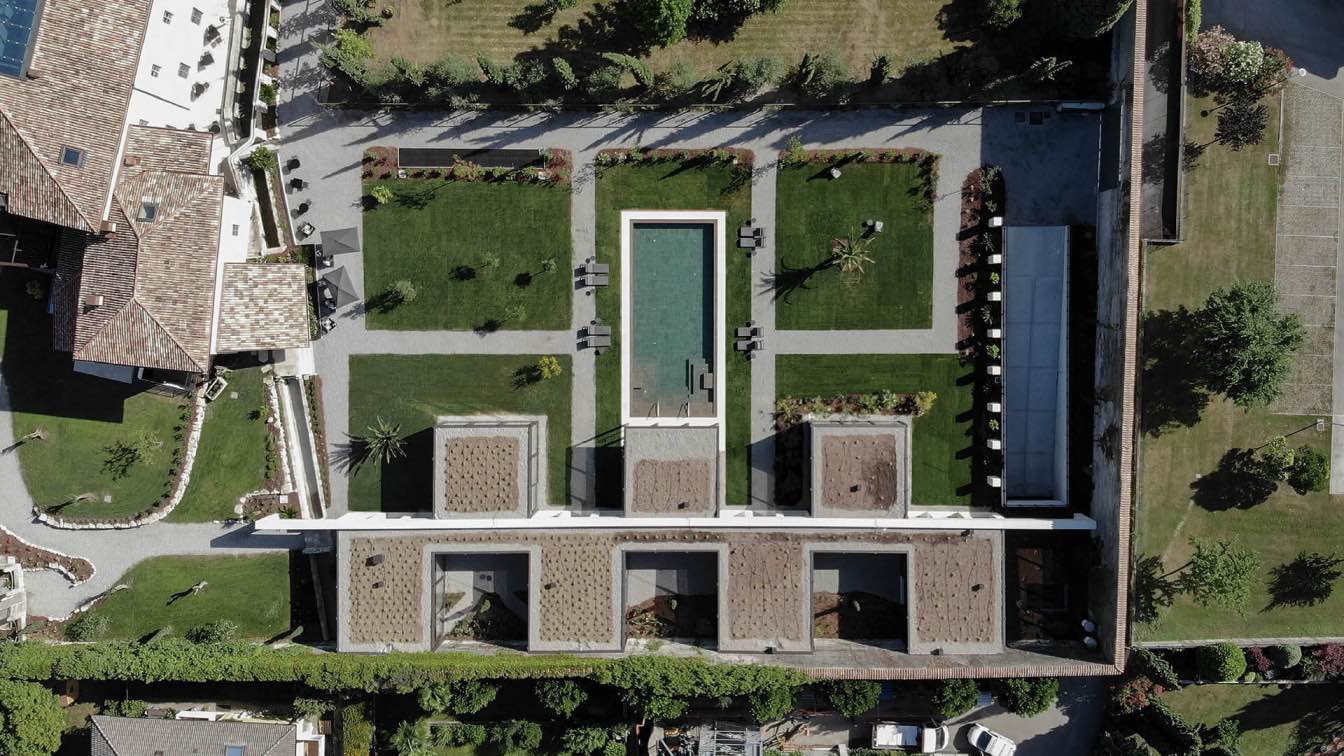 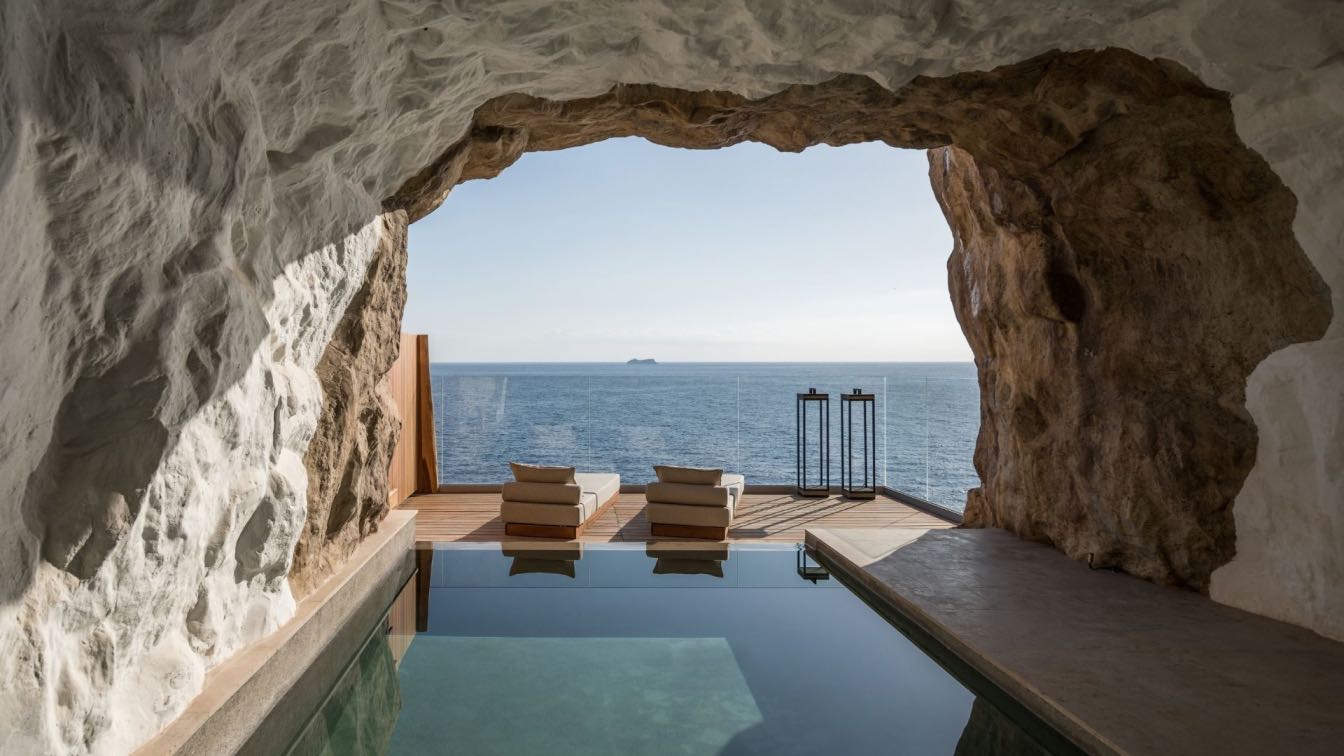 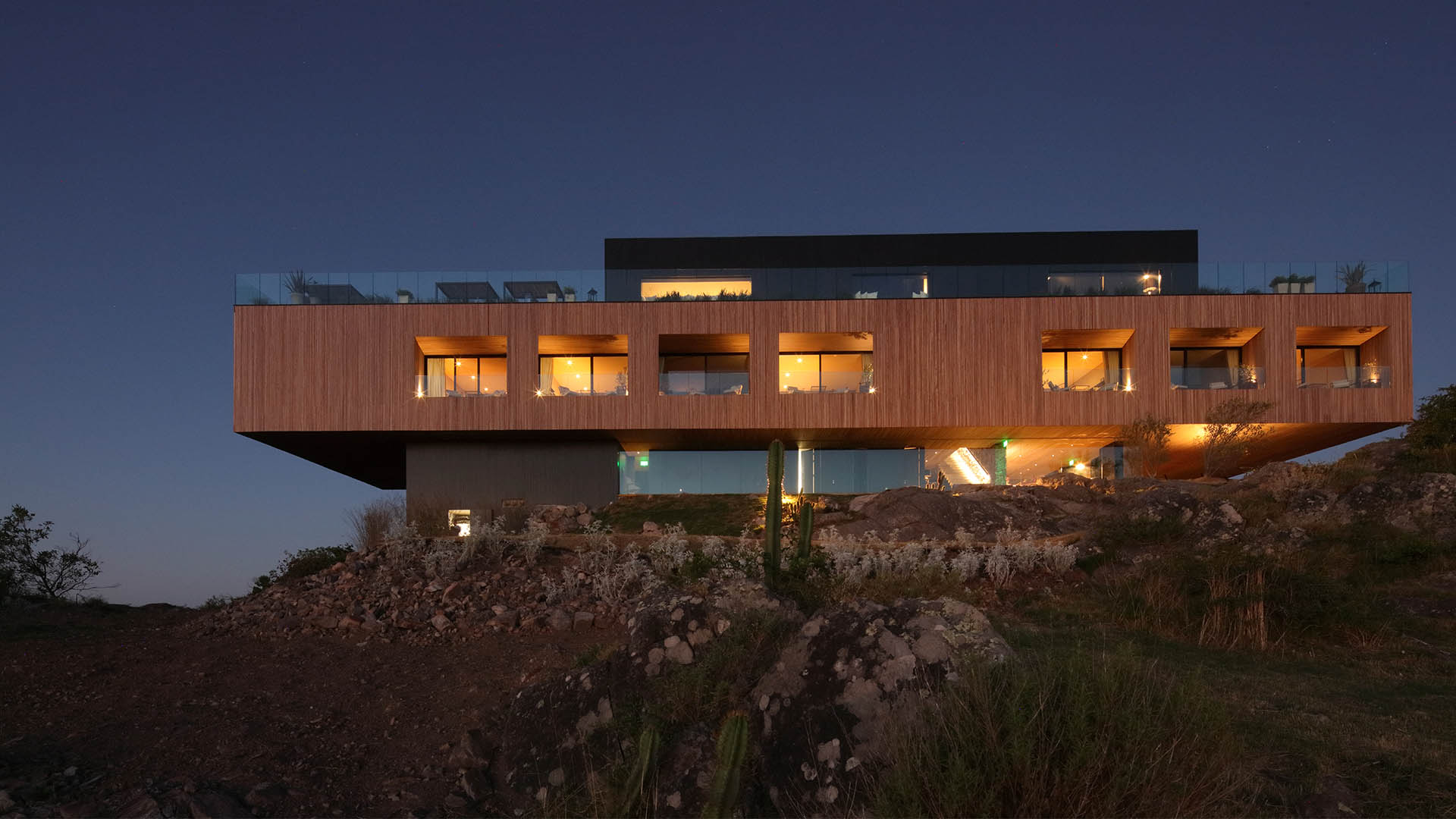 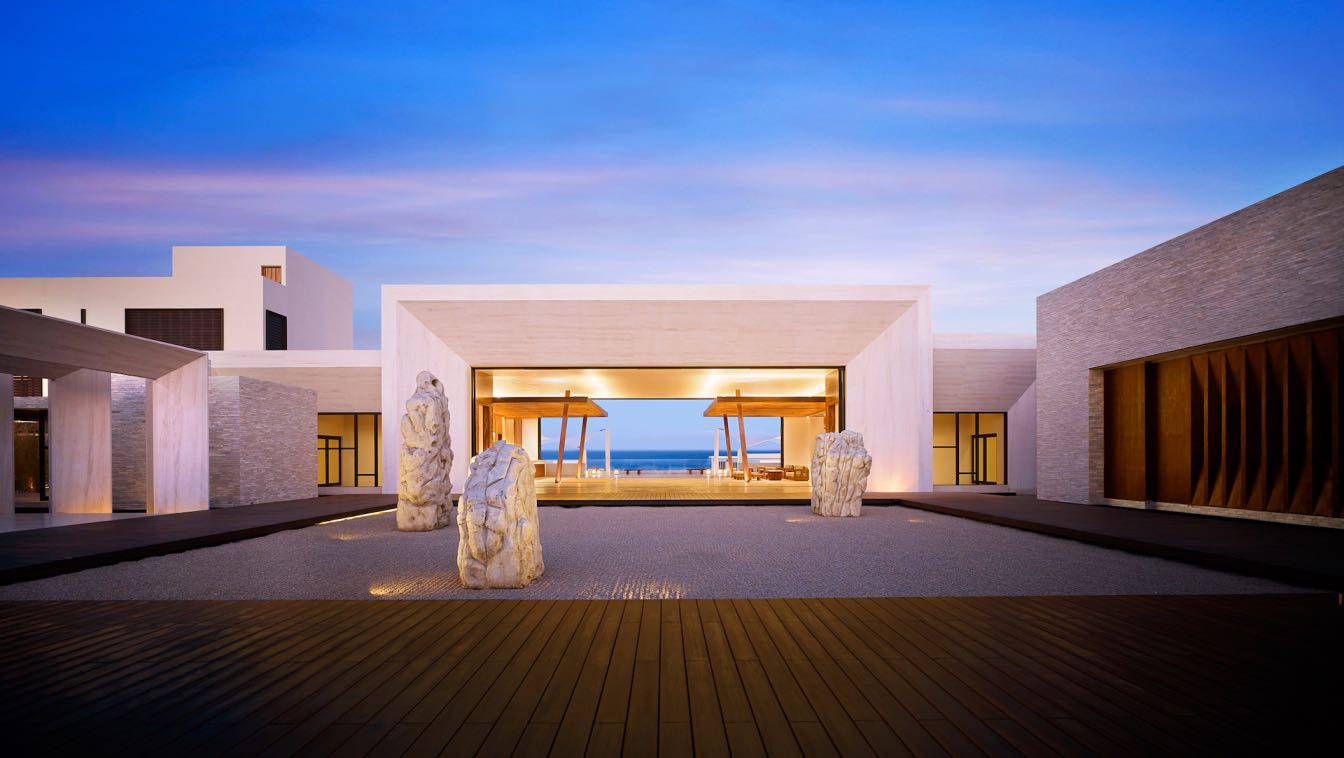