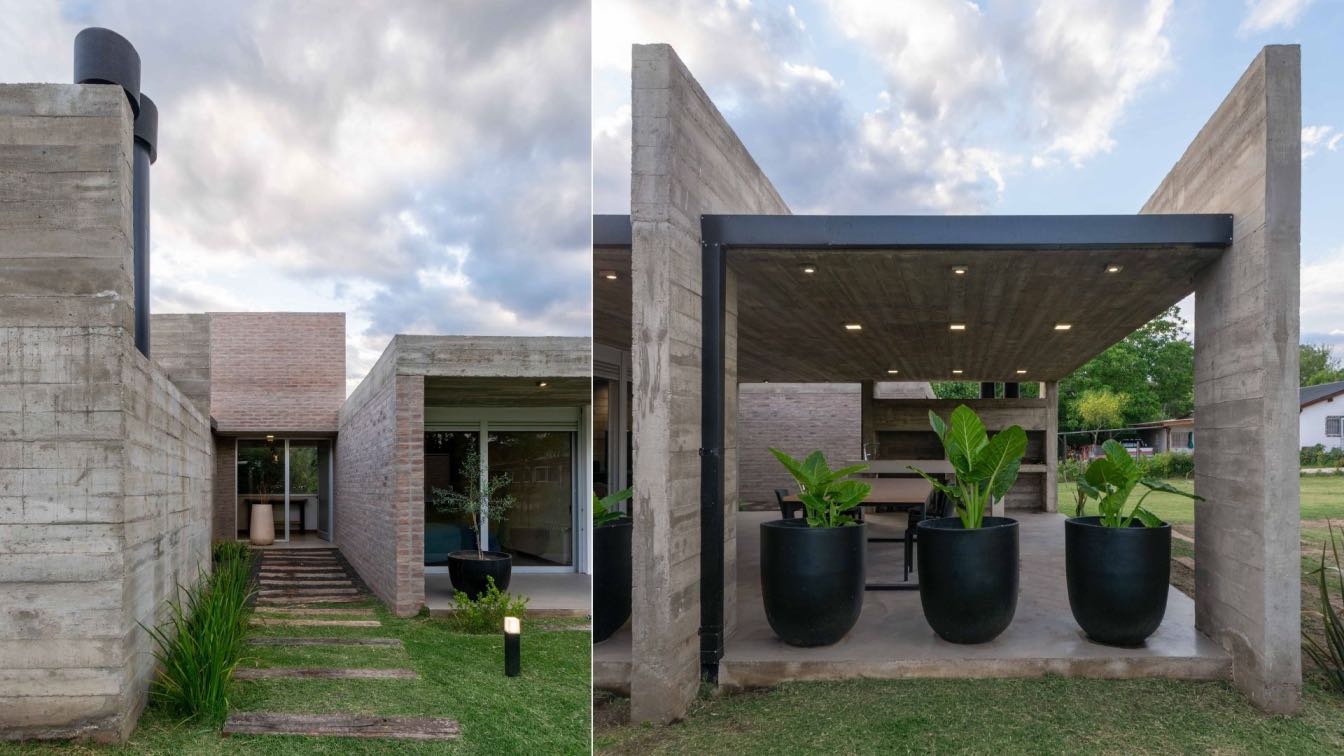 Abadi Arquitectura: Villa Rumipal, a mountain small town belonging to the Calamuchita department. Its large mirror of water and small population transmits an atmosphere of silence and tranquility. House El Encuentro is located on a 1,400 m² lot between party walls, located two blocks from the lake.

The intention of the owners was a space where they could share with the family and at the same time, have privacy, that is why the house is planned in three zones: a suite, a social space where the living room, dining room, kitchen, gallery and finally another sleeping area.

The social area was placed in the center, to be the meeting place between the side areas. In turn, more volume was given to this space.The choice of materiality was a joint agreement. The house was built in exposed concrete and baked clay brick, which contributed to the economy of its maintenance.

Pine wood boards were used for the formwork. This decision was based on the intention that the size of the table and its rusticity would express the craftsmanship that would be carried out in the assembly of the walls inside and outside the house. Looking for a dialogue in harmony with the type of construction in the area. The house was constituted as three compact blocks united by a glazed corridor that accompanies and shows the land at all times, where the vegetation will “intertwine” with the house. 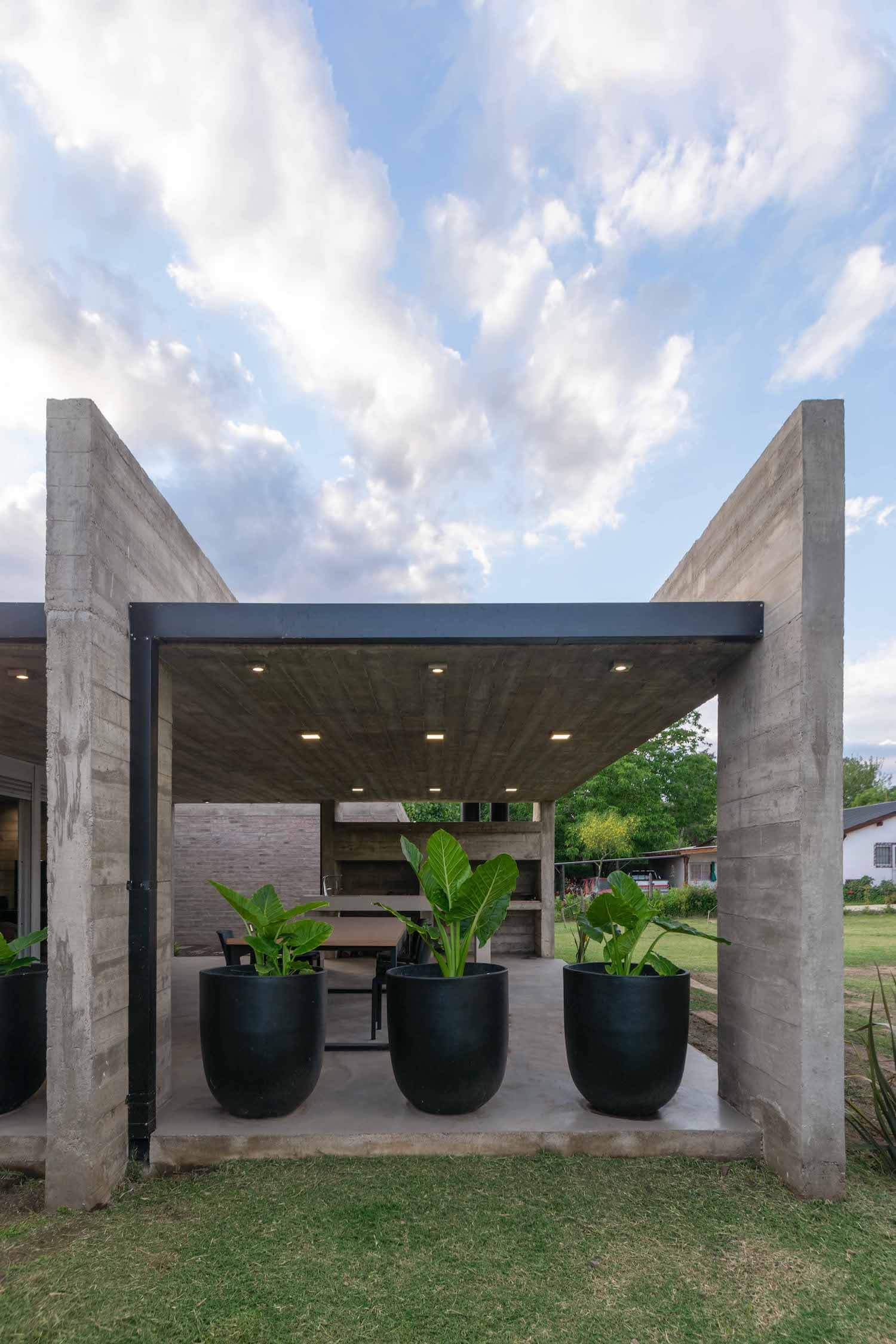 Each volume has a different use; to the left a bedroom suite. In the center, the social space. On the right side, the remaining bedrooms. In the living room, dining room and kitchen, a longitudinal bar takes center stage and becomes an iconic element. The kitchen is placed on that bar so that when you cook, you can share that moment with the people who are gathered around.

The volumes differ in size and materiality and are also separated to achieve the privacy required by the owners.Each volume has its private place, with covered balconies that overlook the park to have a view, and protect from the sun and rain. The entire house opens to the north with floor to ceiling and side to side openings. The intention was to conceive this floor as a space capable of being experienced as an interior environment that, when opened, could become one in continuity with the exterior.

“Encounter: Coincidence or meeting of two or more people or things in the same place.”

This is how “El Encuentro” was shaped, this house where rustic materials meet the place, brick meets concrete, the park meets the house and where family and friends meet. 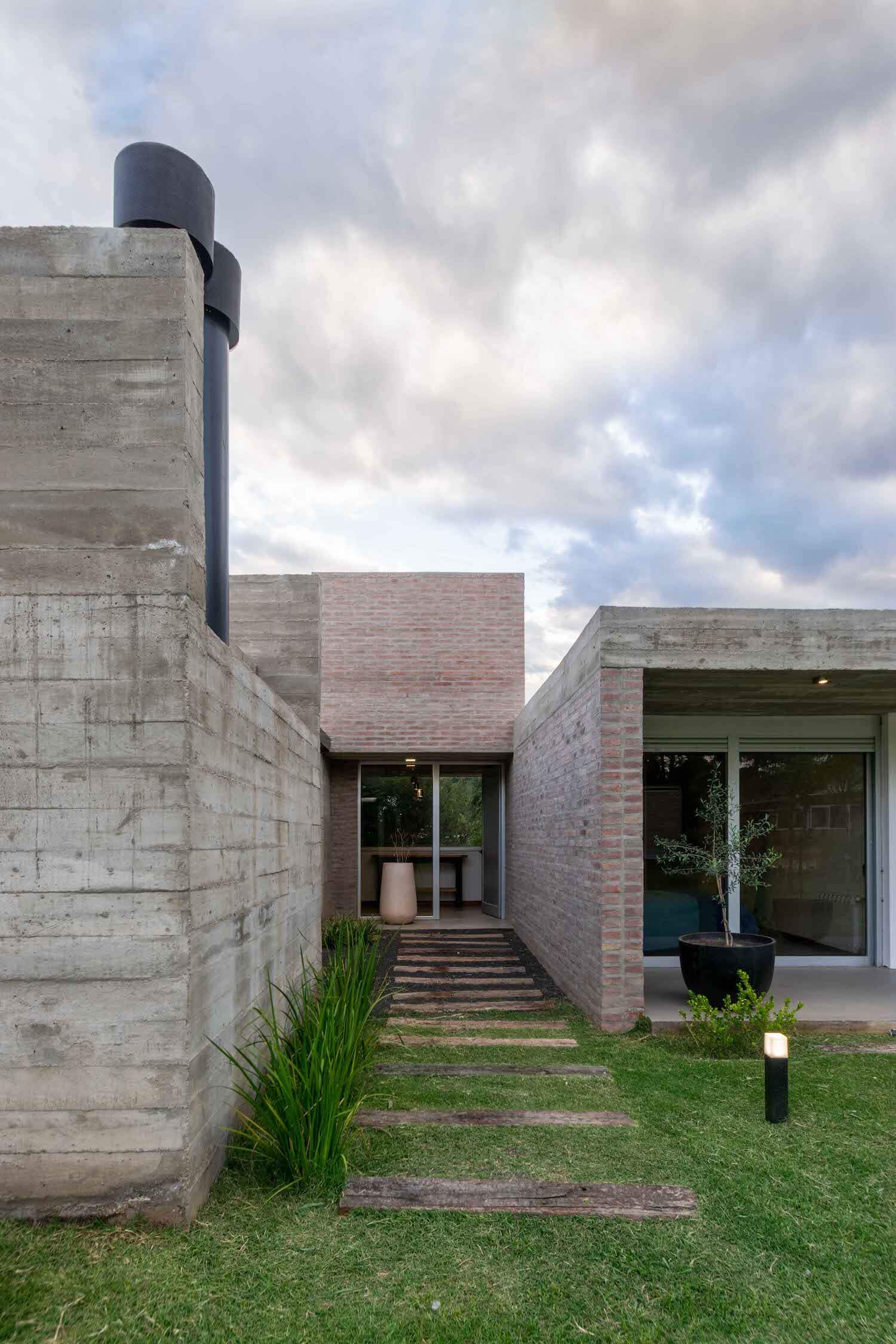 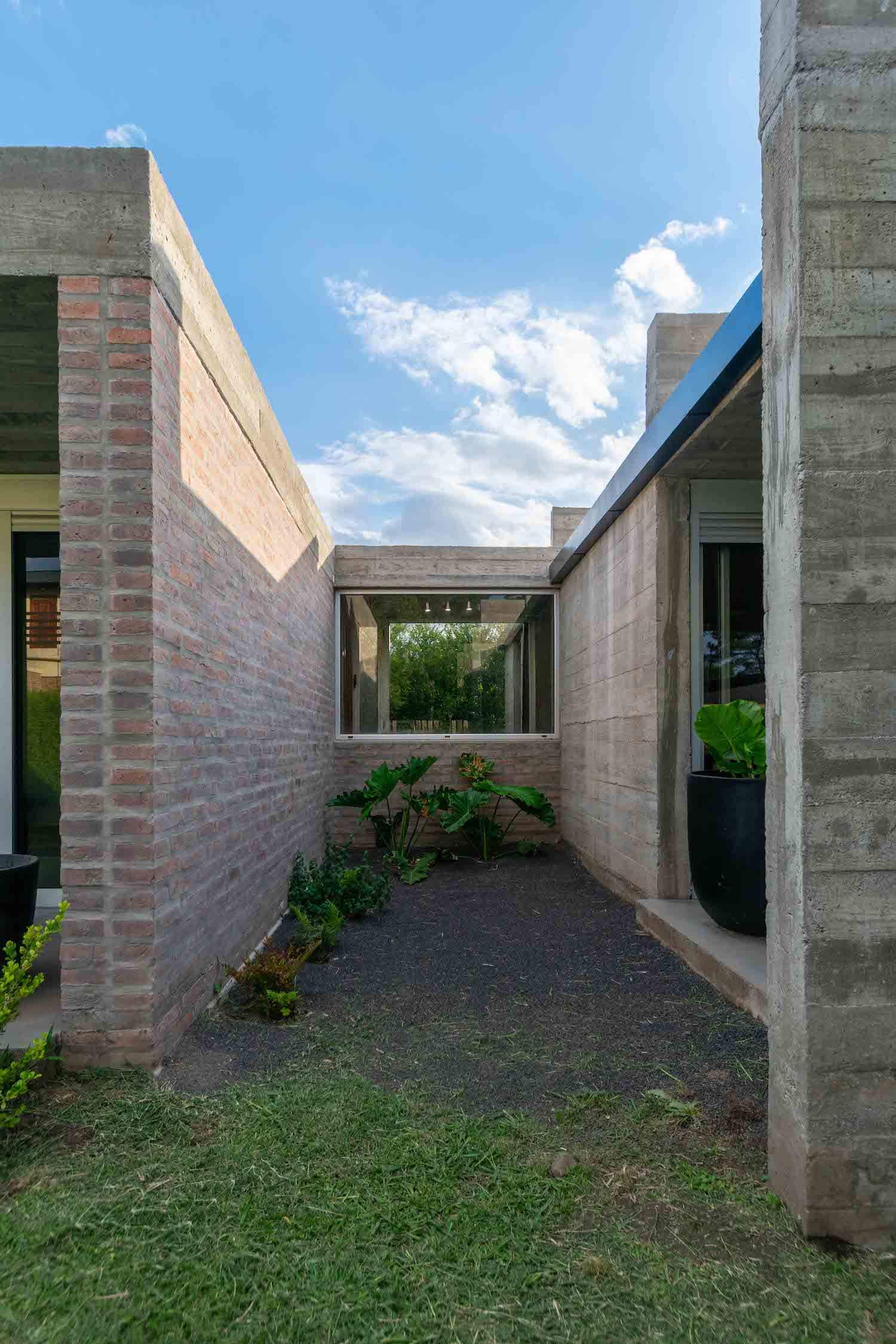 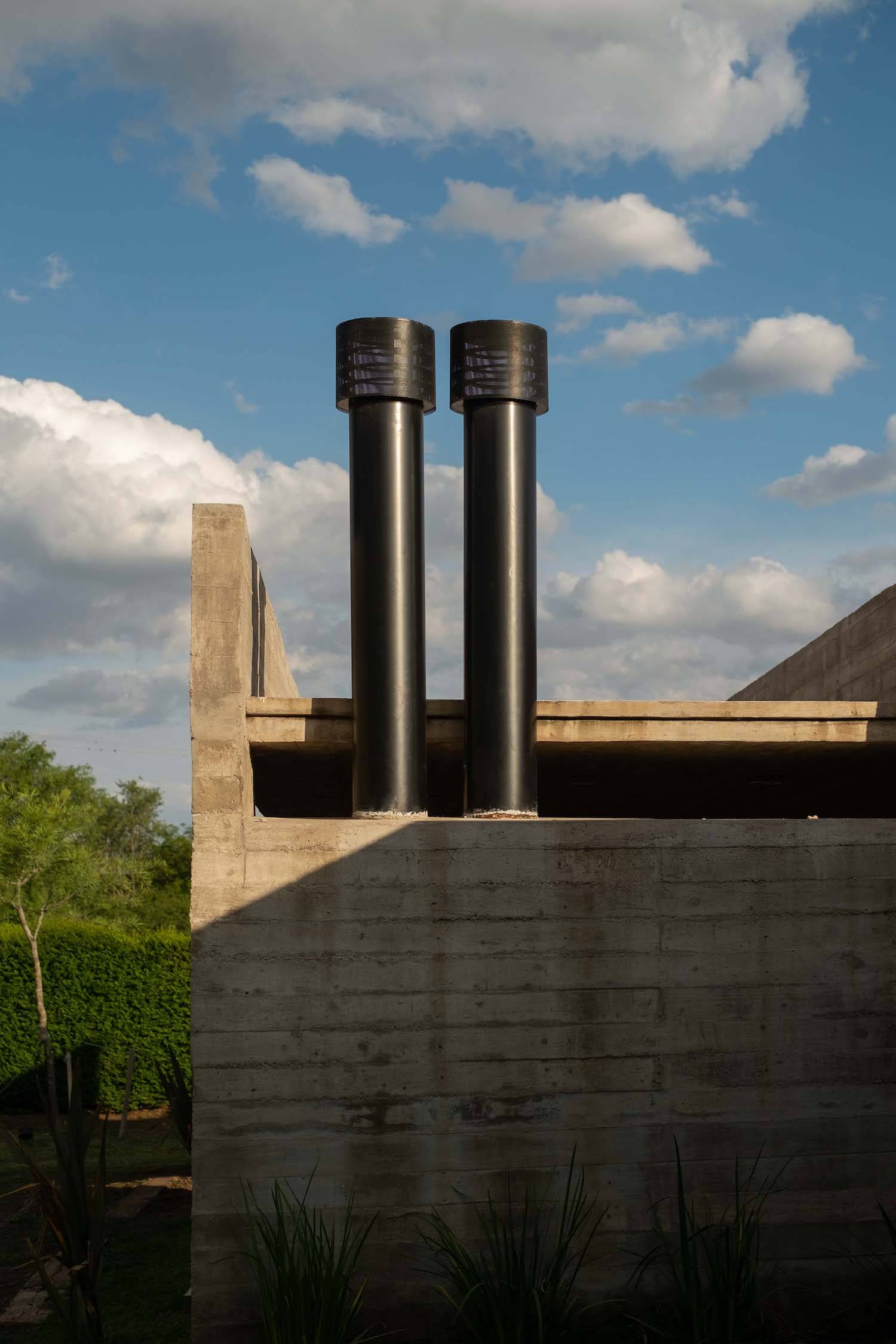 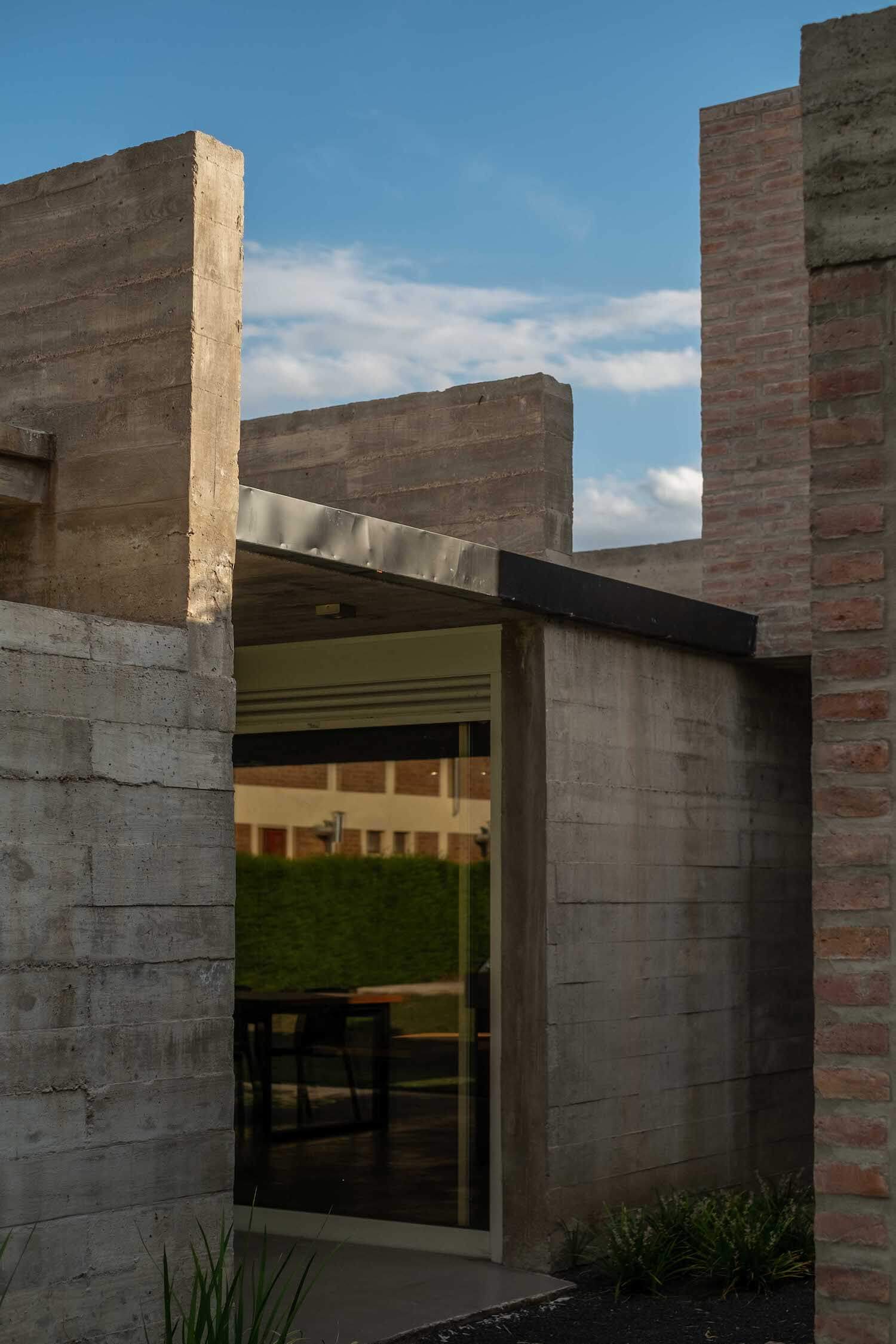 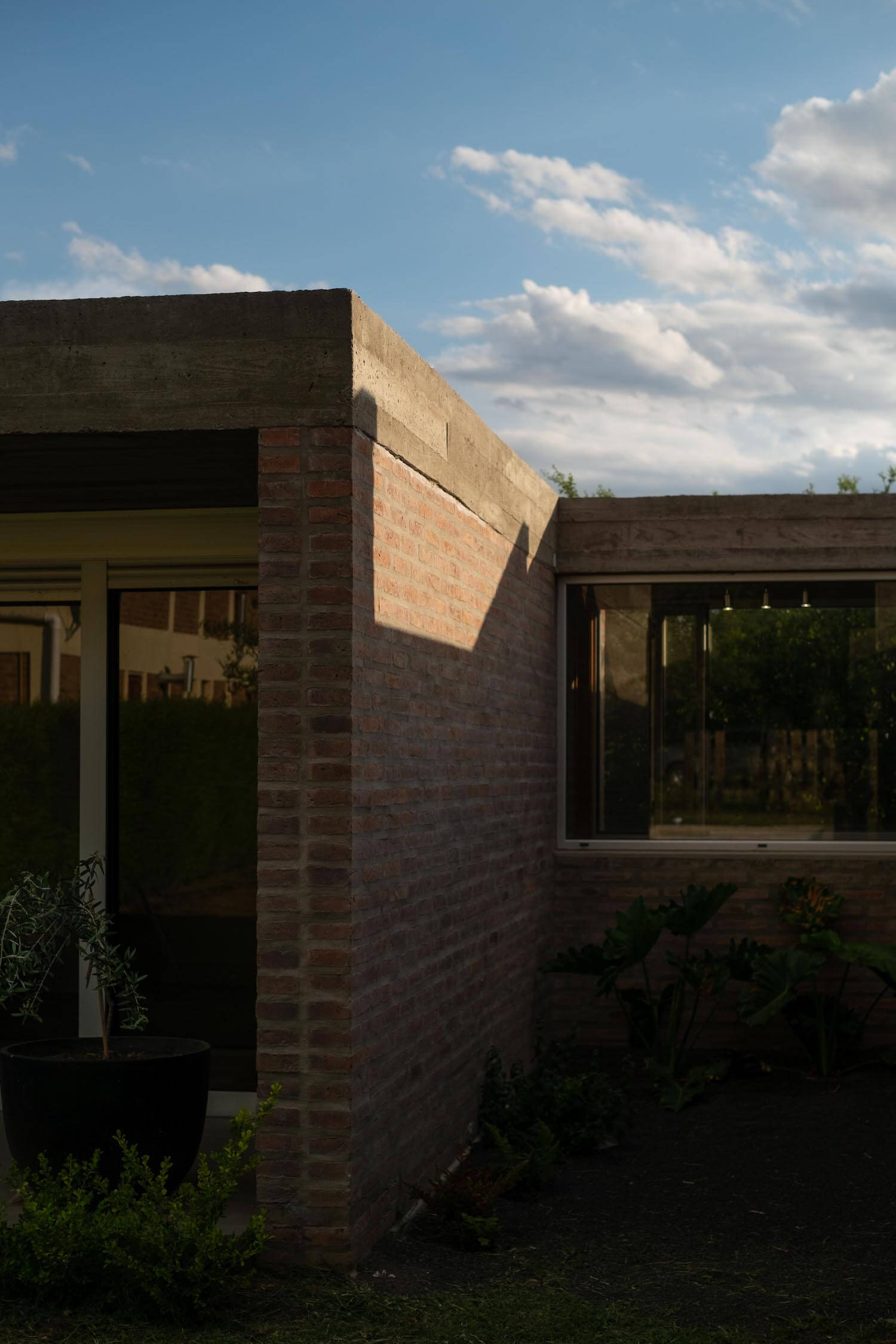 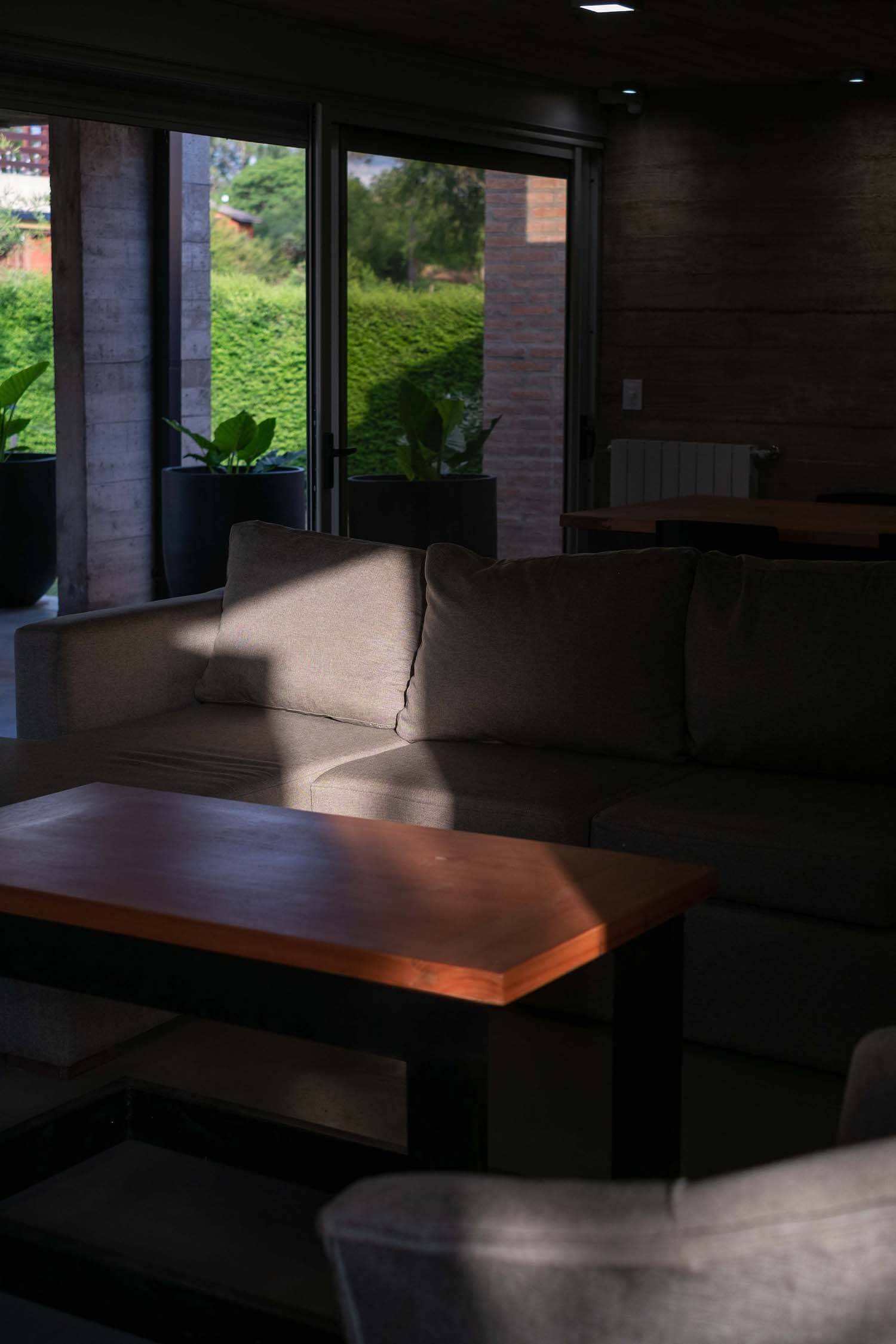 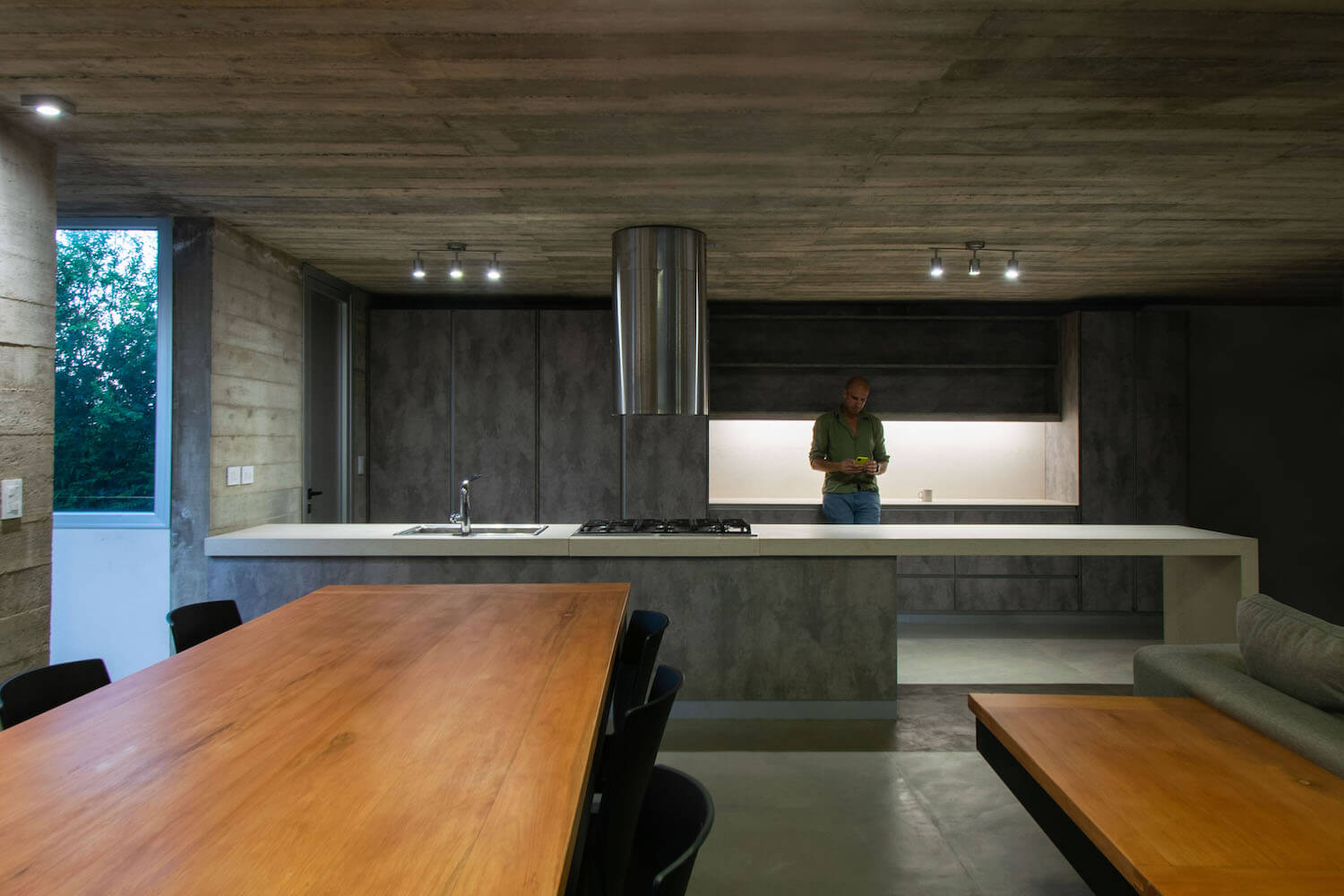 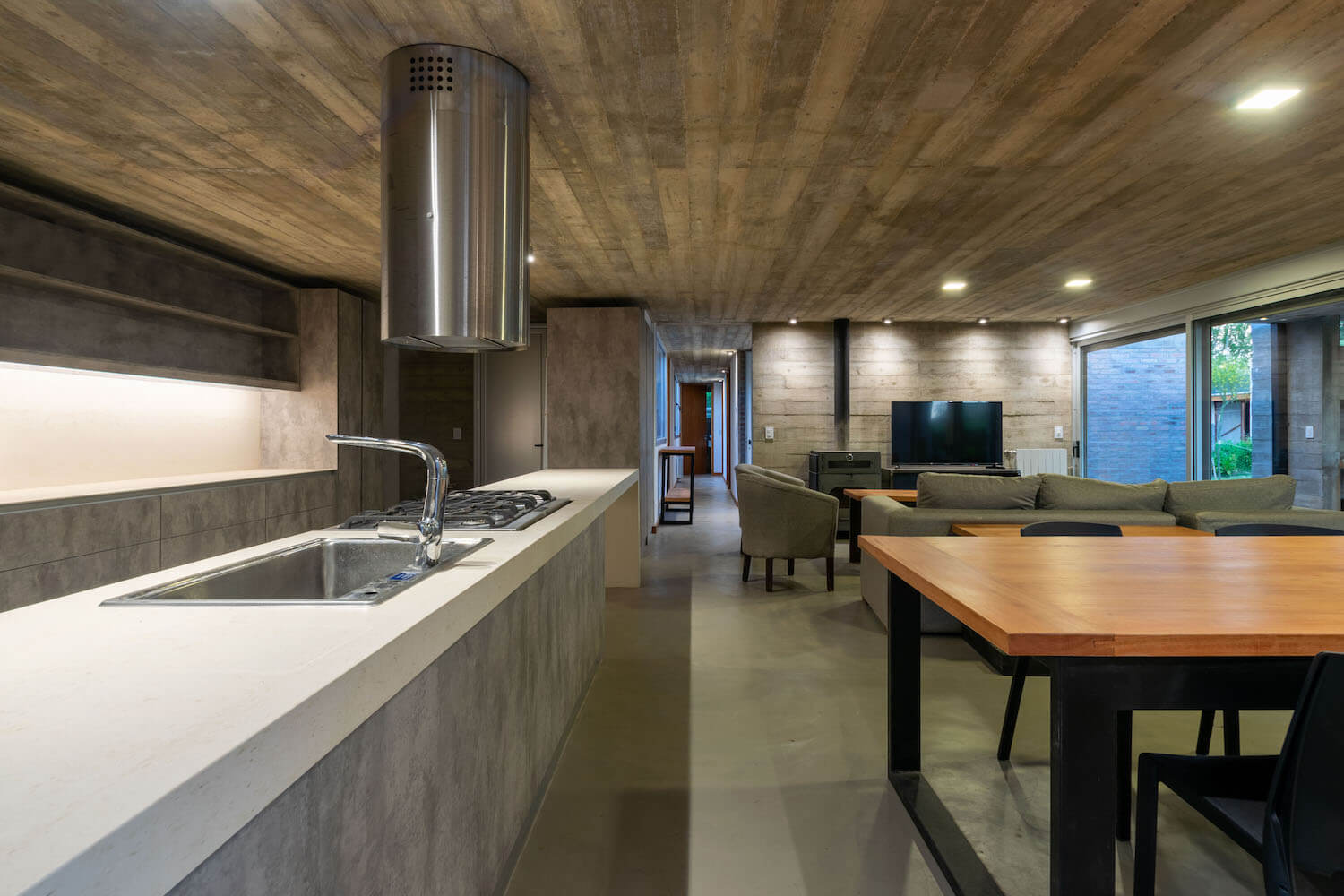 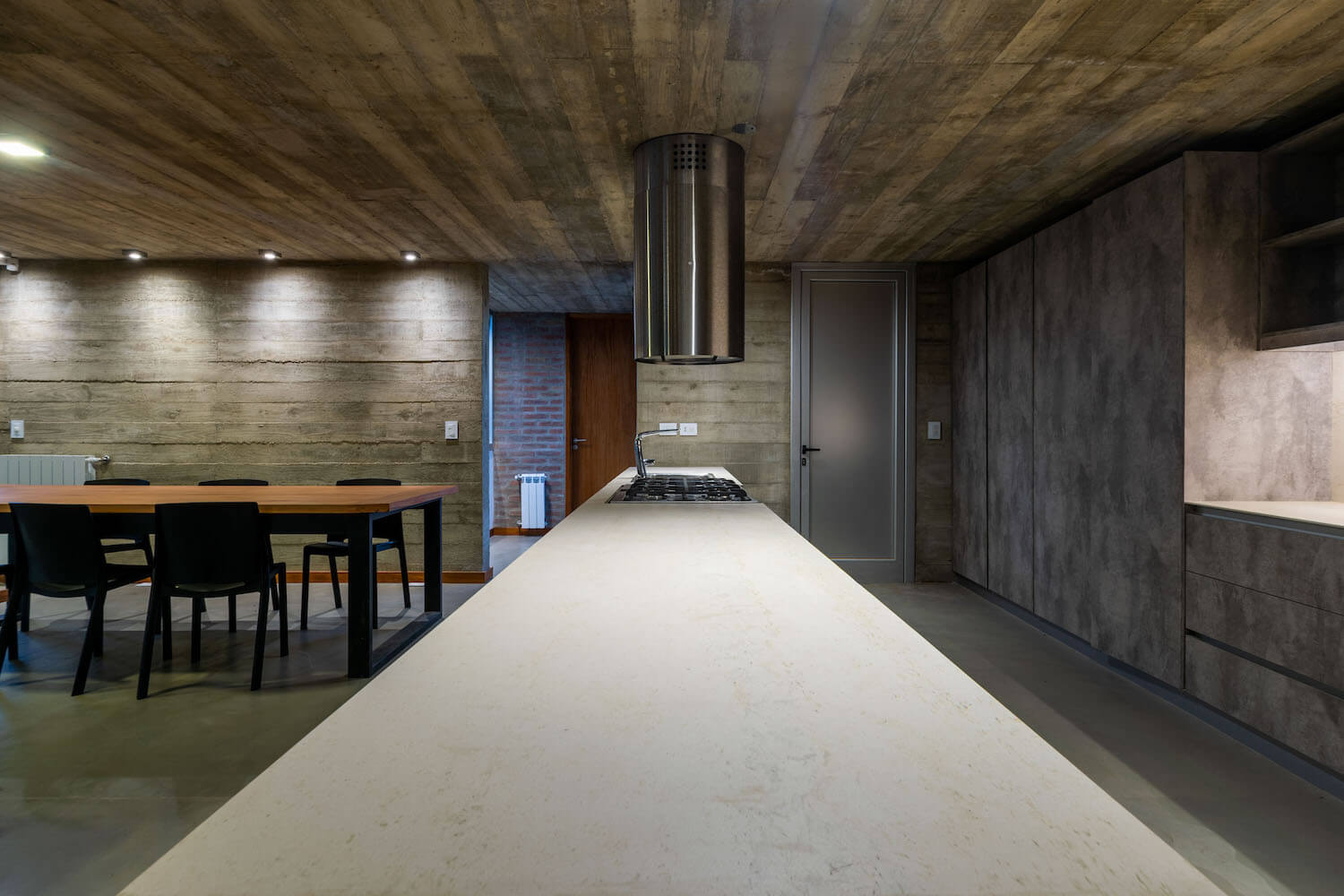 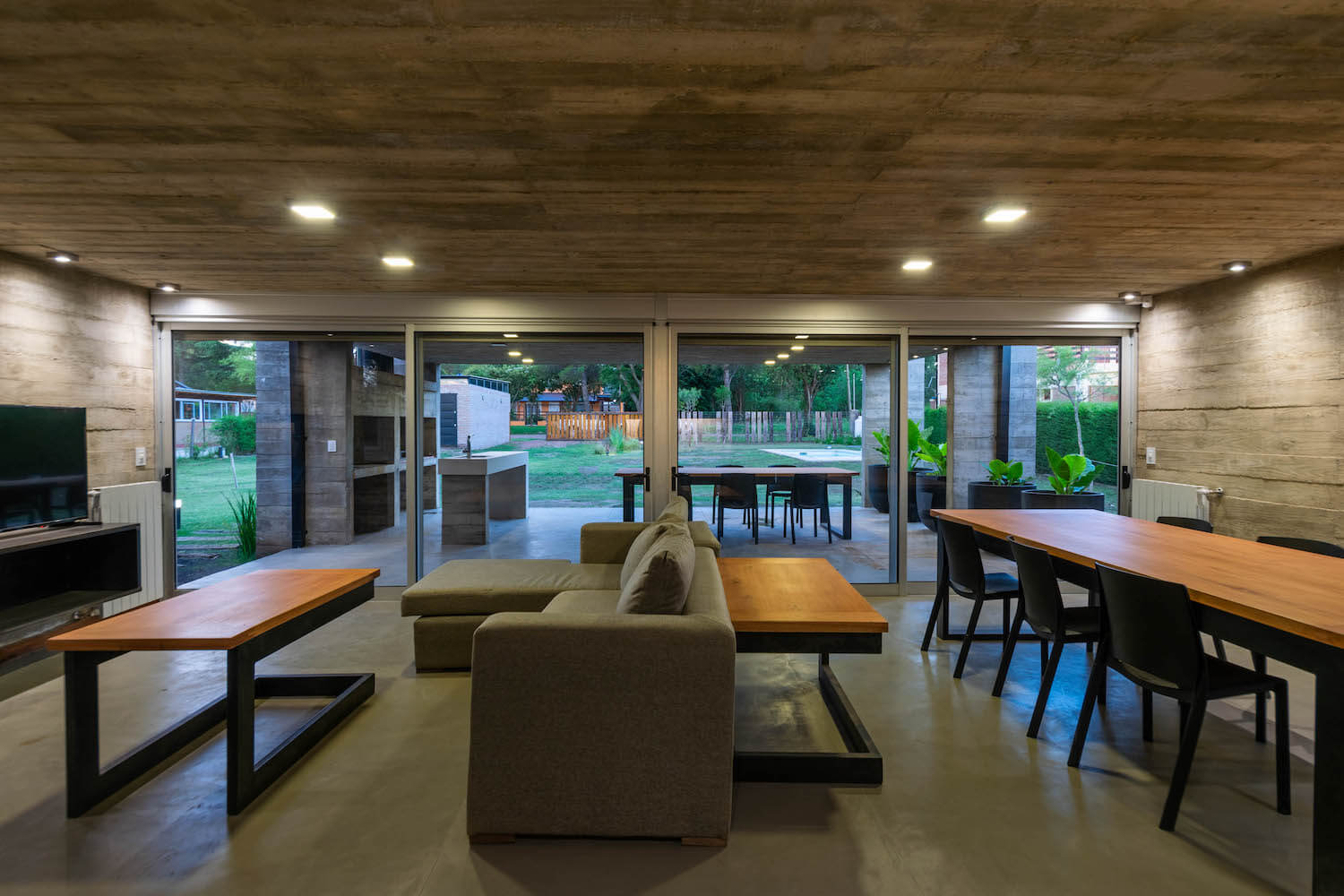 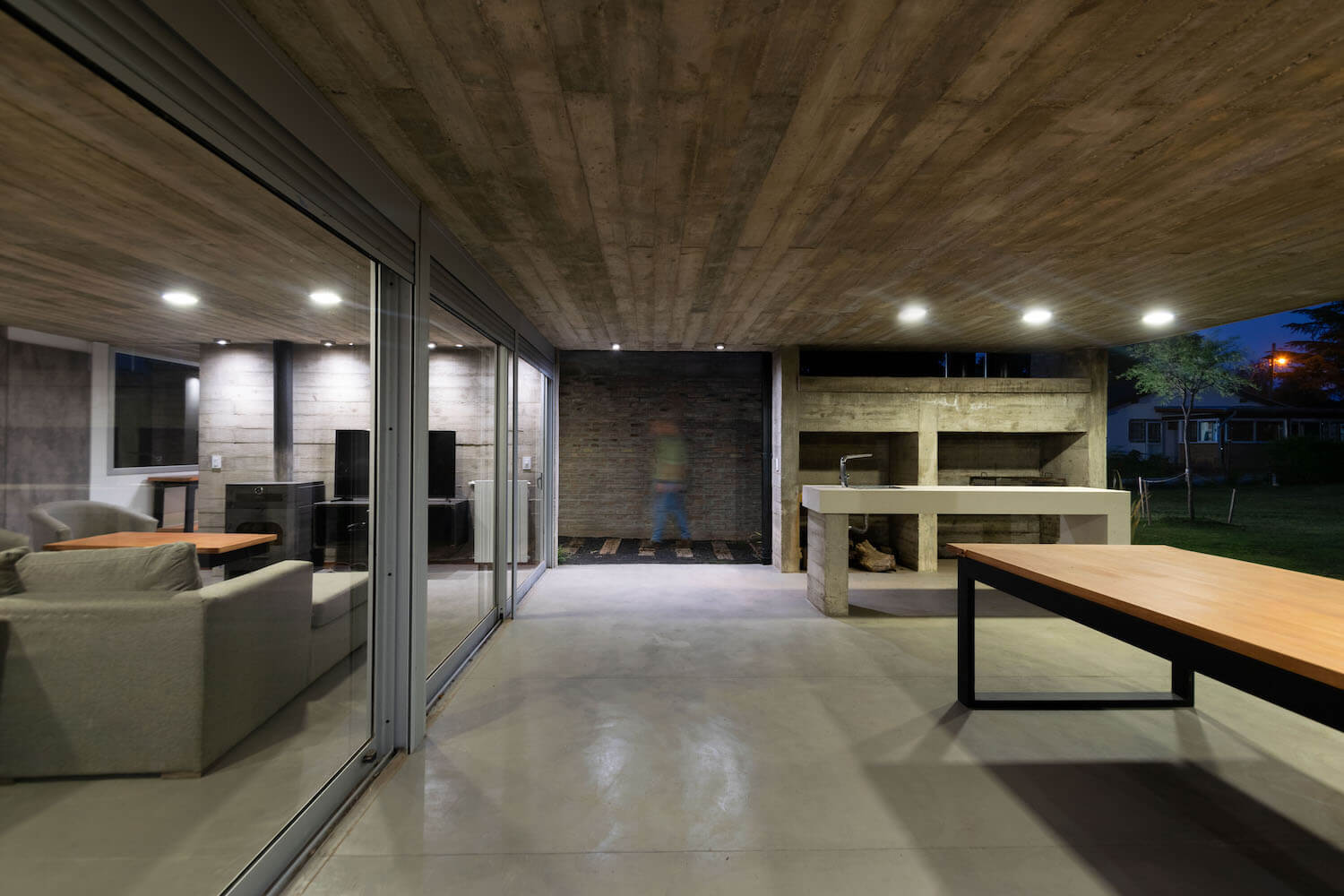 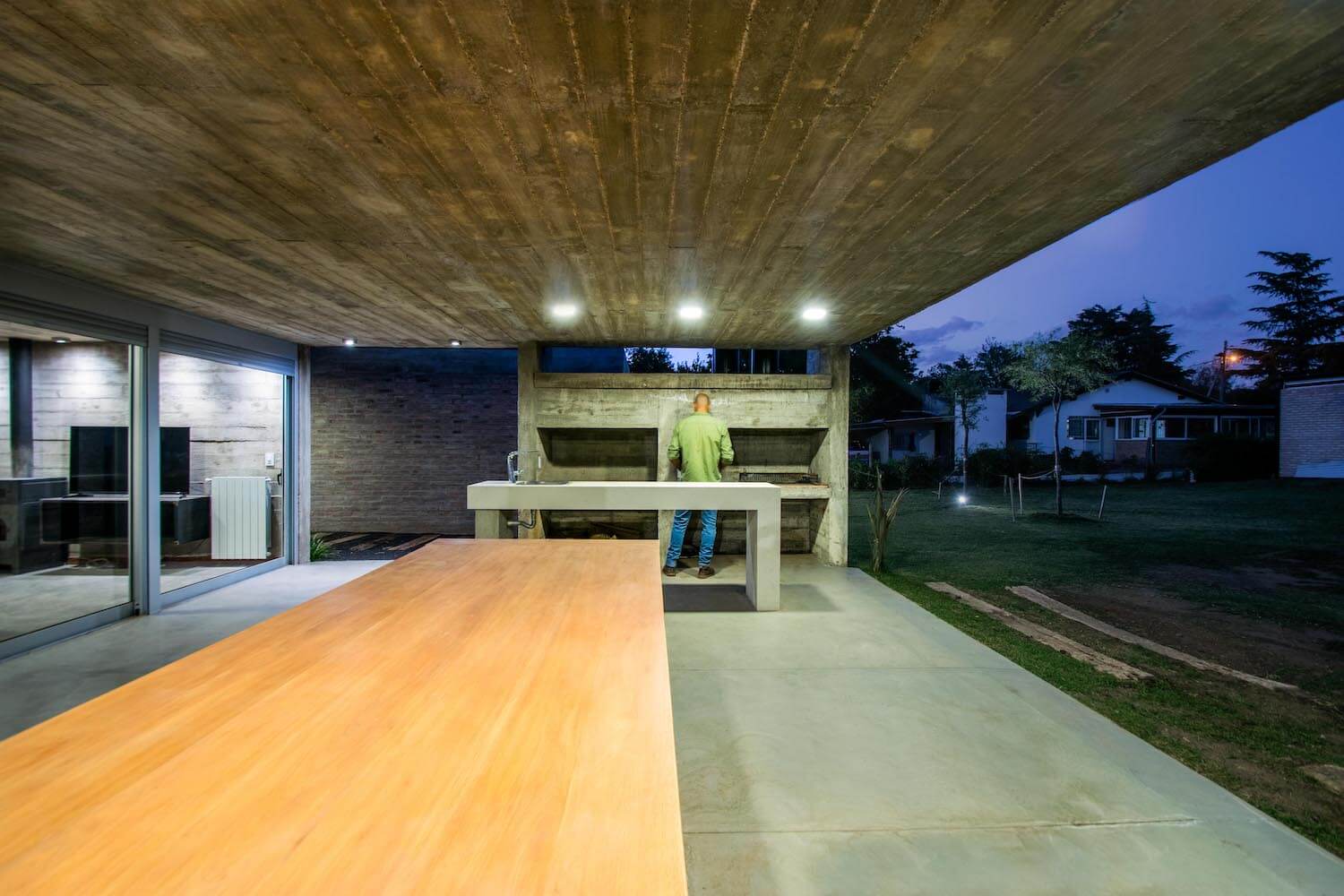 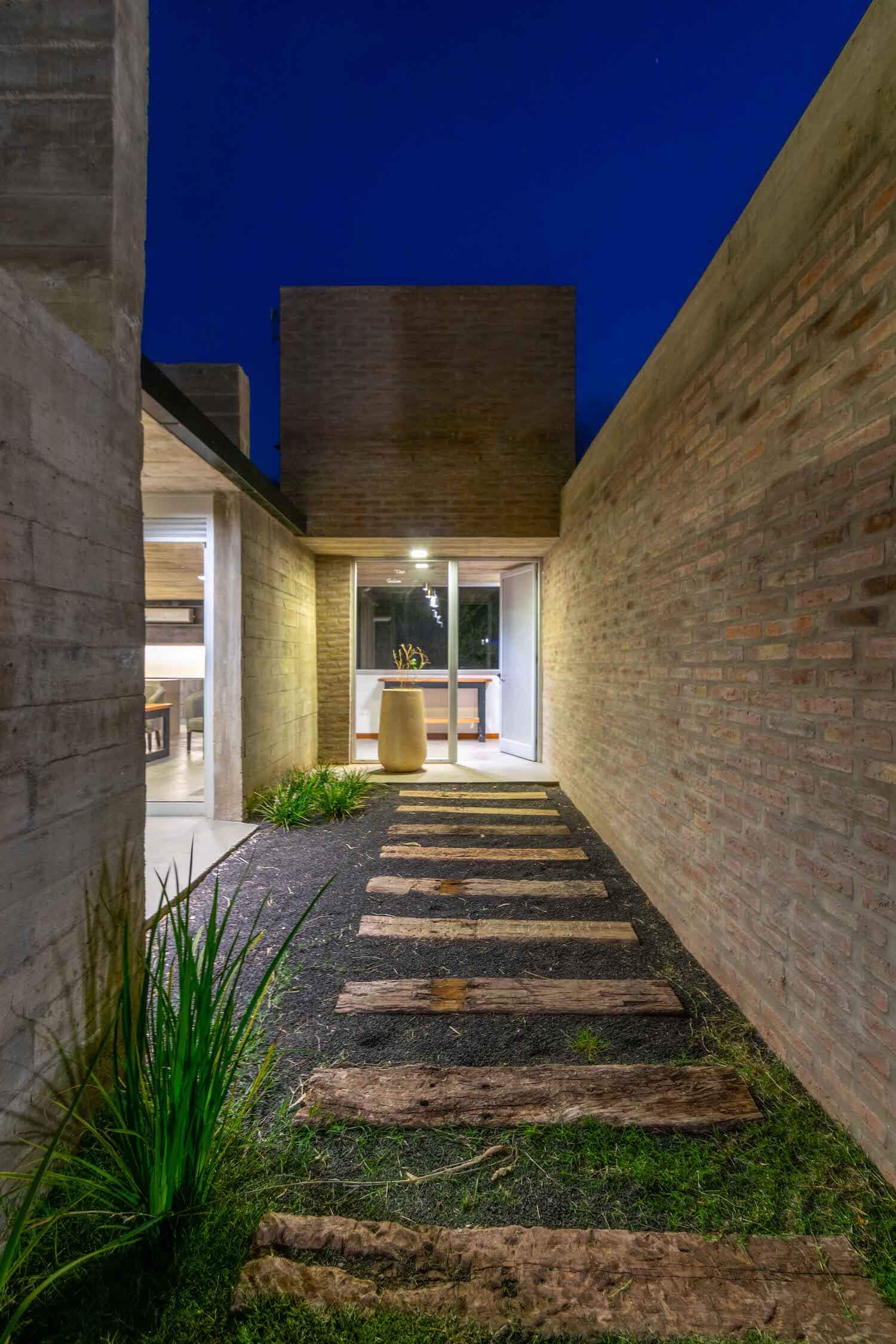 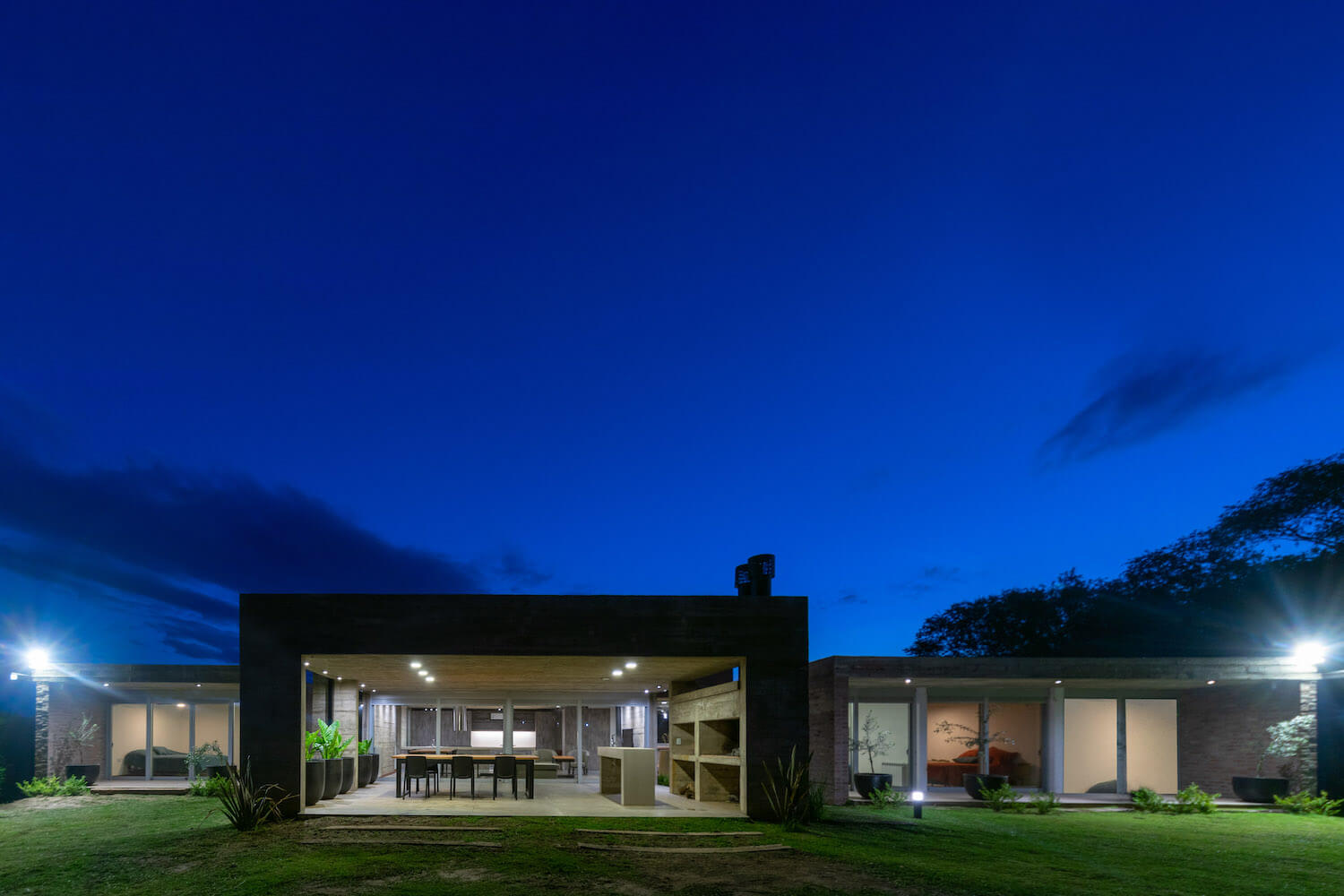 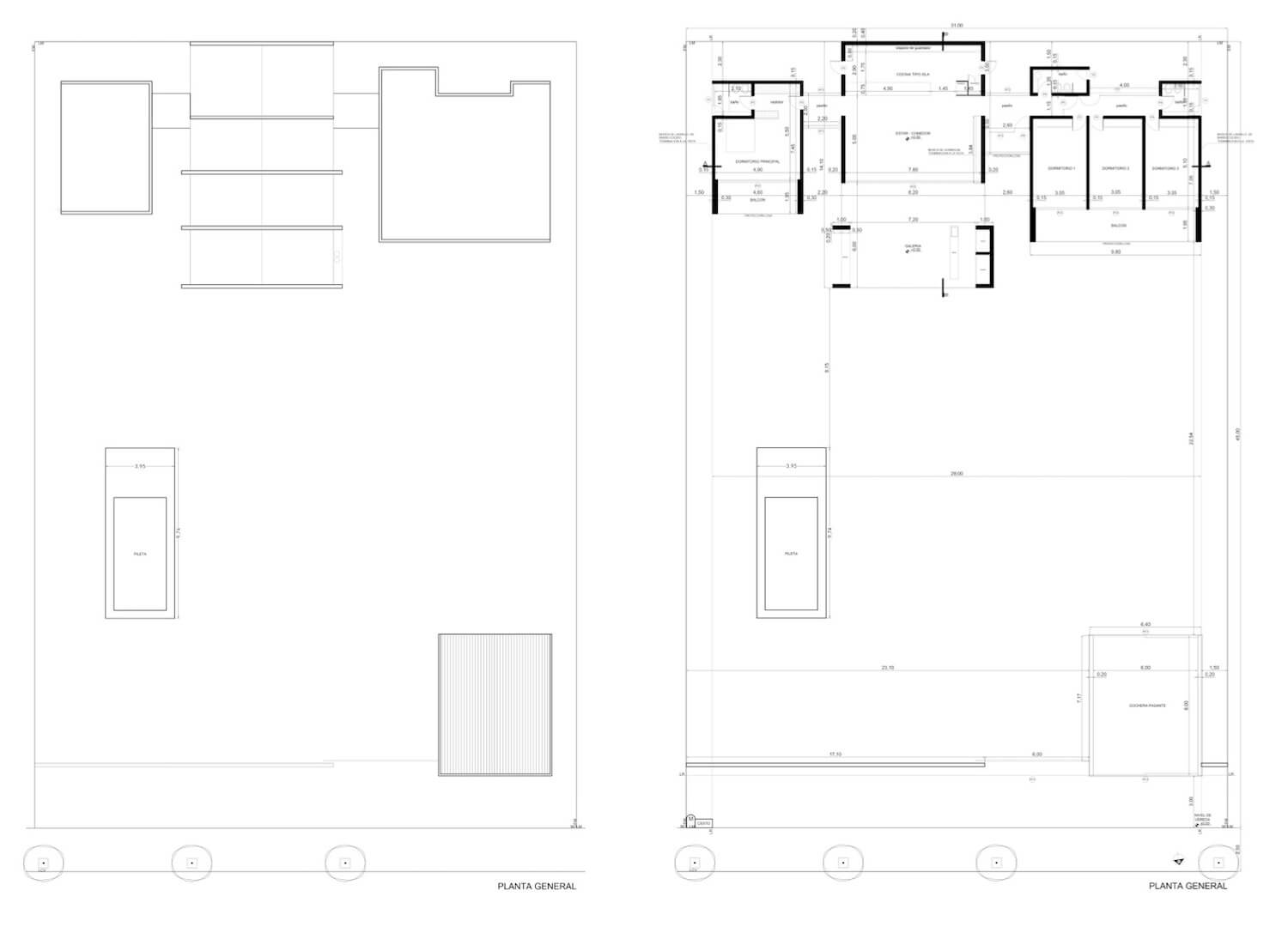 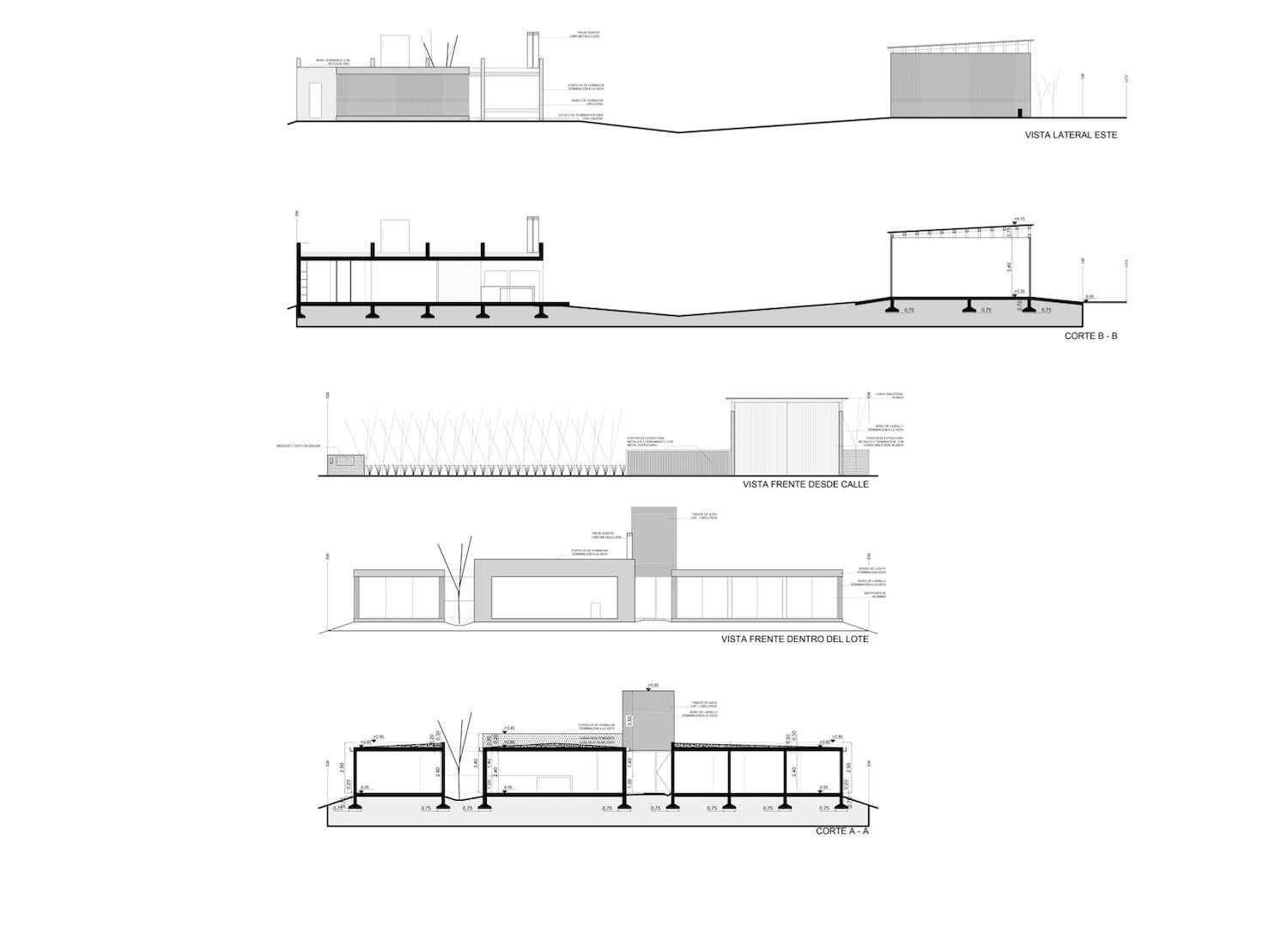 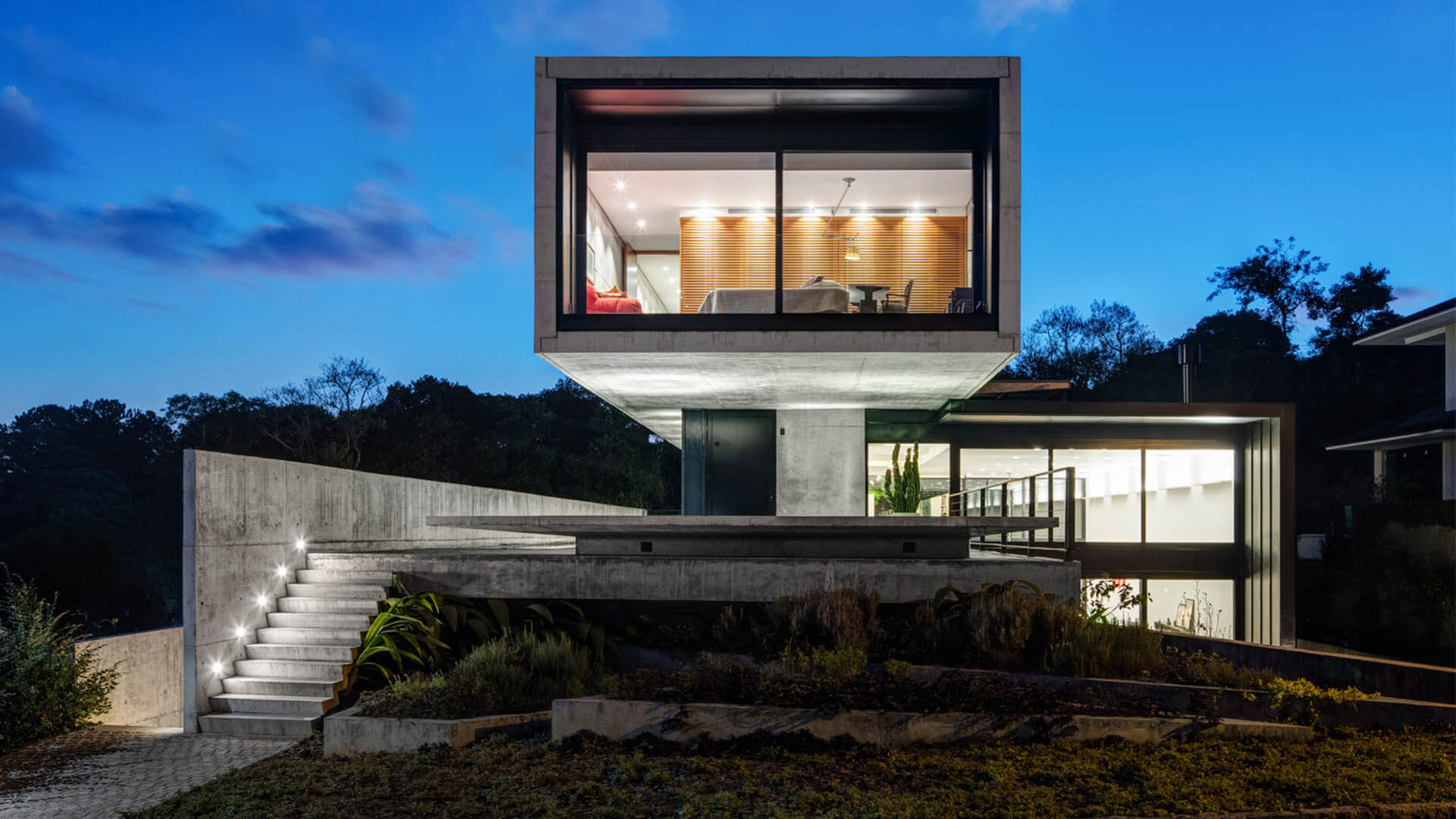 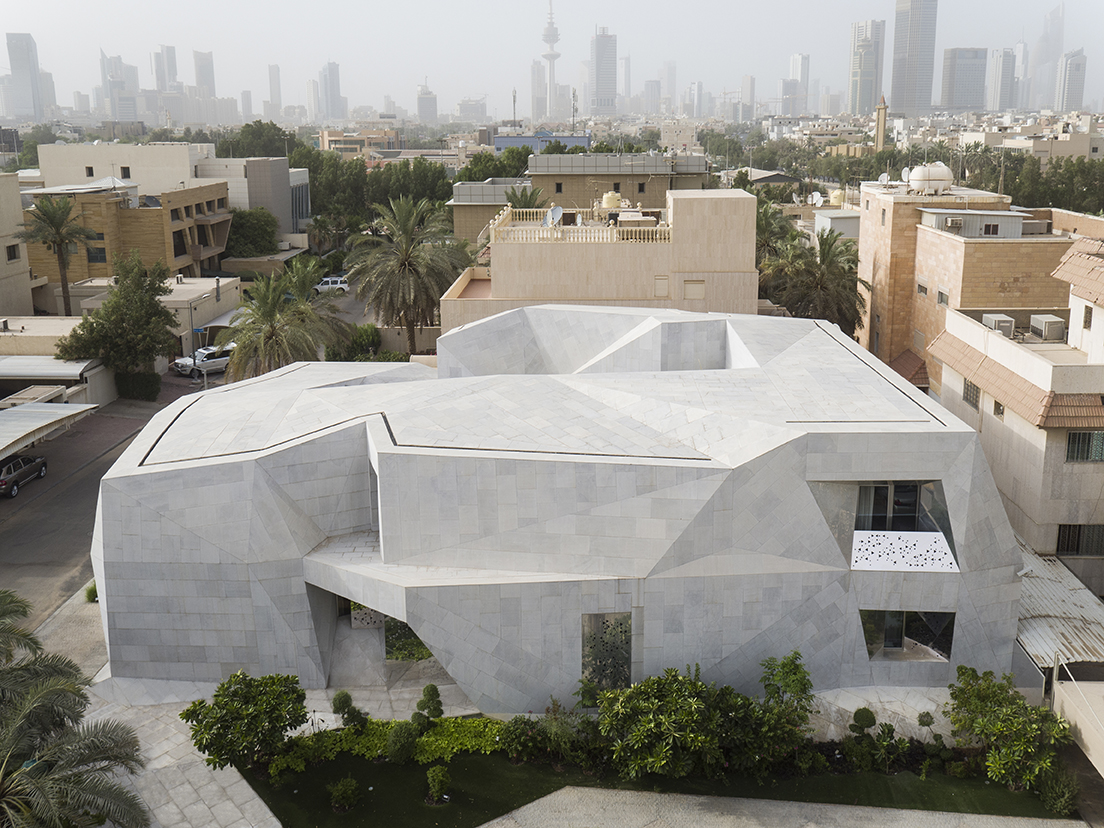 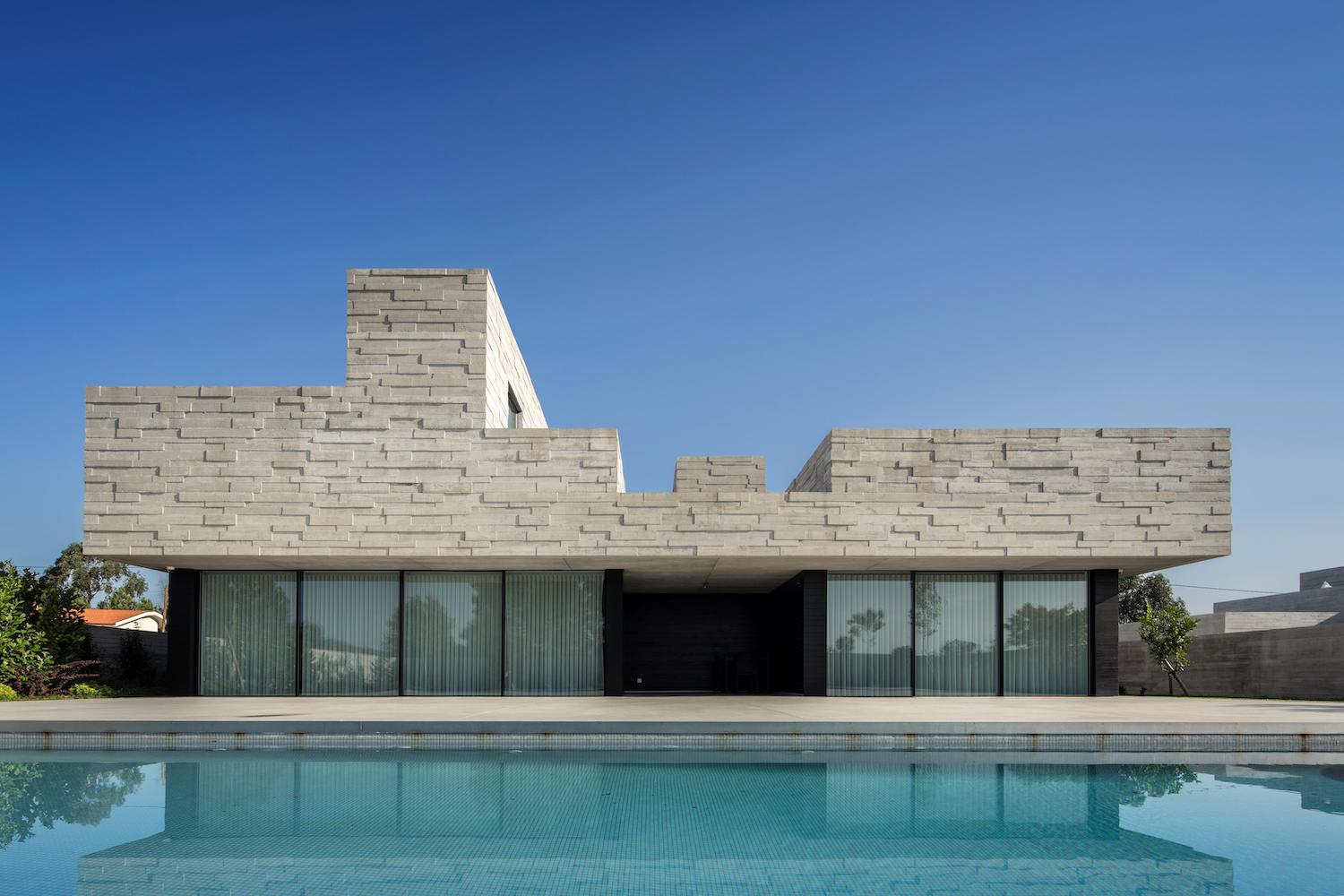 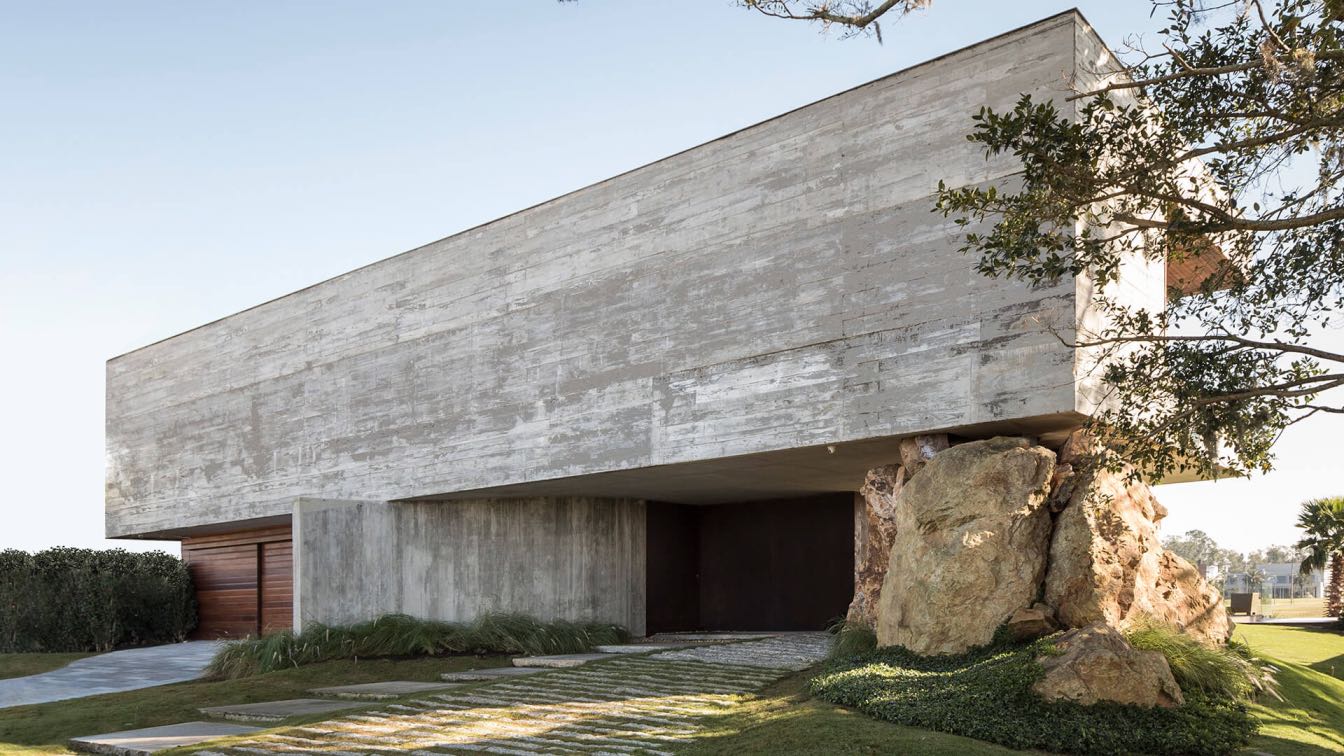