For its 2020 edition, the “Hut Festival / Le Festival des cabanes”, an international architectural competition, awarded a prize to the“Exercice” collective. The festival aims at the construction of twelve ephemeral wooden structures in the Lake Annecy region (Savoy, France), selected upon the dialog and relation they create with both their surrounding environment and the greater landscape.

Collectif Exercice: Founded in 2016 by three architects (Vincent Vergain, Nicolas Vallée and Nicolas Bien), the collective aims at questioning, exploring and grasping the field of both the natural and built environment. By means of architects’ traditional tools, or through using art installation techniques, the collective’s works provide specific and mindful answers to found situations. Each project is profoundly rooted to its territory’s historic and current context.

In the frame of the festival, the Exercice collective designed and built “la Charbonnière”, implemented by the shore of the Ire river in Chevaline.

Along with the eleven other sheds built for the Festival nearby the Lake Annecy,” la Charbonnière” punctuates a large-scaled pathway throughout the region, that was open for hikers and strollers between June and November 2020.

The wooded slopes of the Ire Valley formerly were the main charcoal supply for the local blast furnaces, so much so that, by the end of the 18th century, the charcoal industry was thriving in the region.

Throughout Chevaline, coal markers, also known as colliers, were chopping young oaks and beeches into meter-long logs. They were then carefully arranged into concentric circles around a rudimentary triangular-based chimney forming a mound, then covered with moss, leaves and soil. This charcoal pit allowed the wood burning process to last several days, requiring the constant supervision of charcoal burners. The location of the pit

was carefully chosen, preferably nearby a river.

The collective drew its inspiration from the charcoal pit’s construction methods which could once be found scattered across the Ire river.

By the banks of the Ire river, deep within a dense forest, stands a primeval-looking shed. Slender, mildly conical, its lopsided shape tells the story of a precarious balance.

A stacking of upright and tiered logs forms a “cloak”, wrapping around it.

Walking around the object, one singles out an entrance. It gives access to a dark gallery - the “hearth” - whose walls are made of soot-blackened timber. At the heart of the shed, the open top of the tall chimney draws the visitor’s eyes to the sky.

The collective entirely designed and built the shed thanks to the local wood industry. They jointly worked with a sawmill and local lumberjacks from the Lake Annecy region for wood prepping.

The structure is made of coniferous rafters that were evenly treated using the Japanese technique of “wood burning” involving torches. Rafters are stacked following the process of openwork beam constructions which are then bound and screwed together. The structure is then covered by a layer of logs called the “charbonnettes”. Of various wood species, these logs echo the wide range of trees of the surrounding forest from birch and ash to beech. Methodically sorted out according to their diameters, the charbonnettes are then tiered into five rows of decreasing sections. They are assembled to the beam structure thanks to hooks and wires.

Connect with the Collectif Exercice 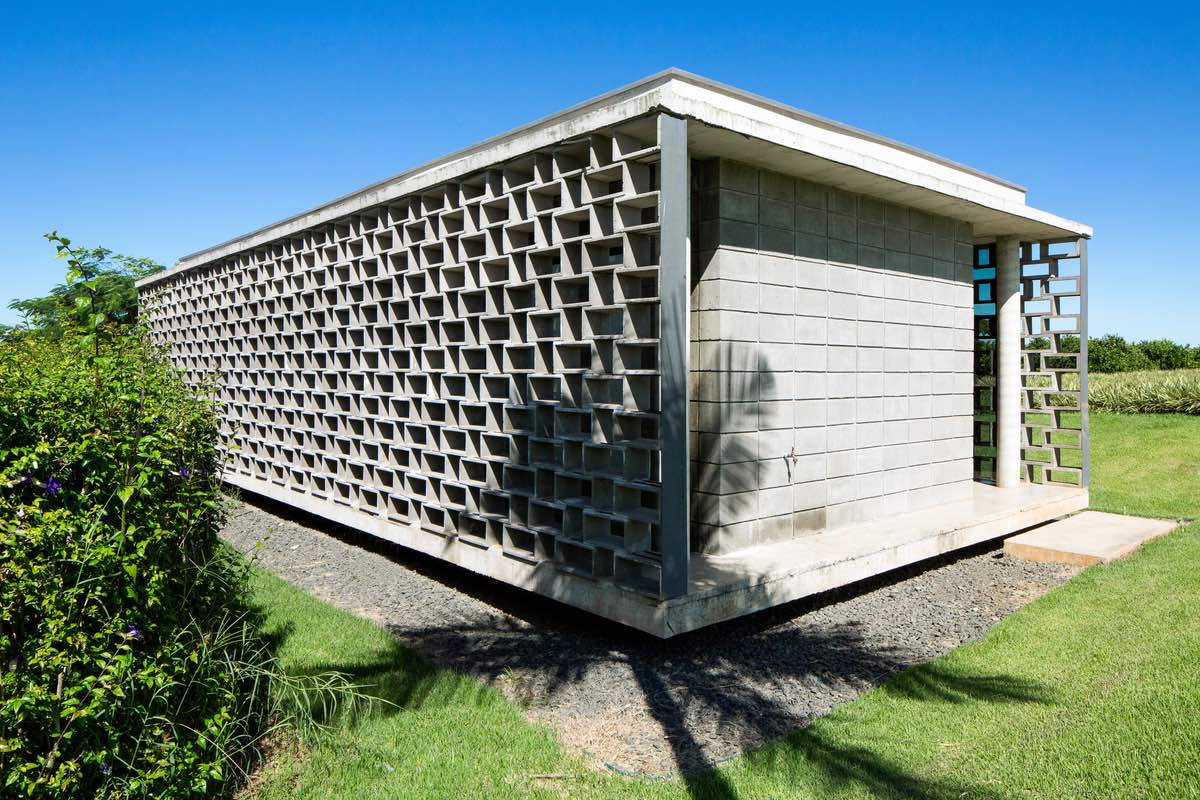 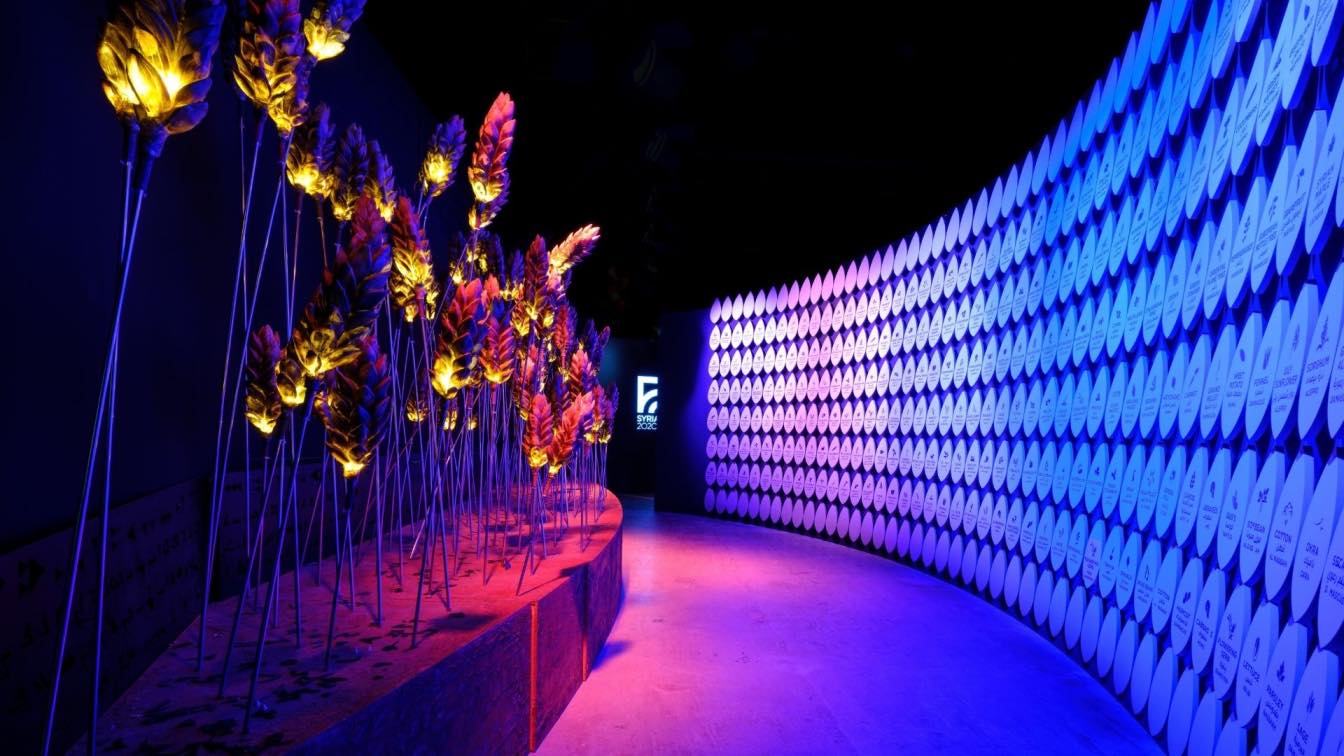 The Syria Pavilion at Expo 2020 Dubai by XYZ Designers 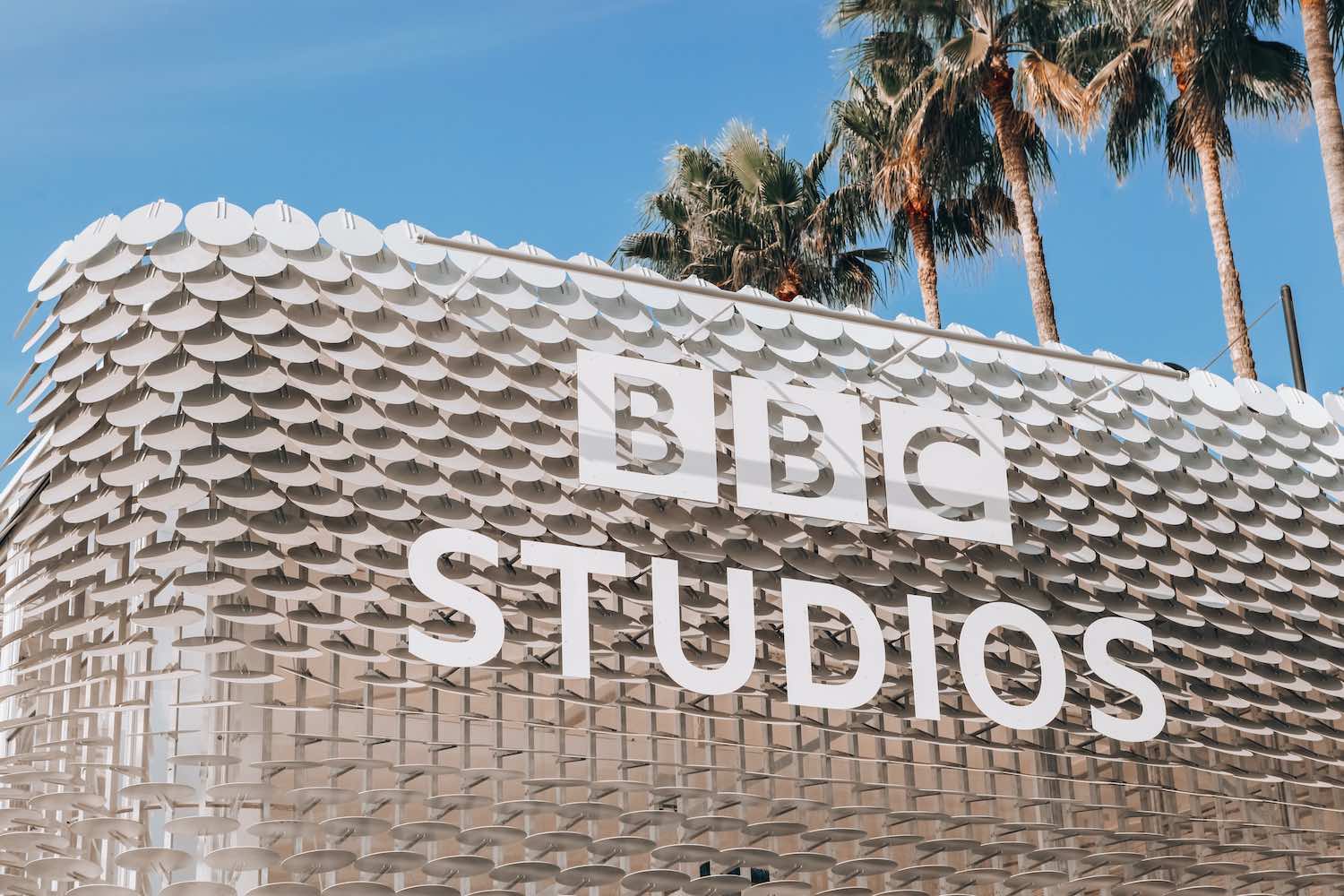 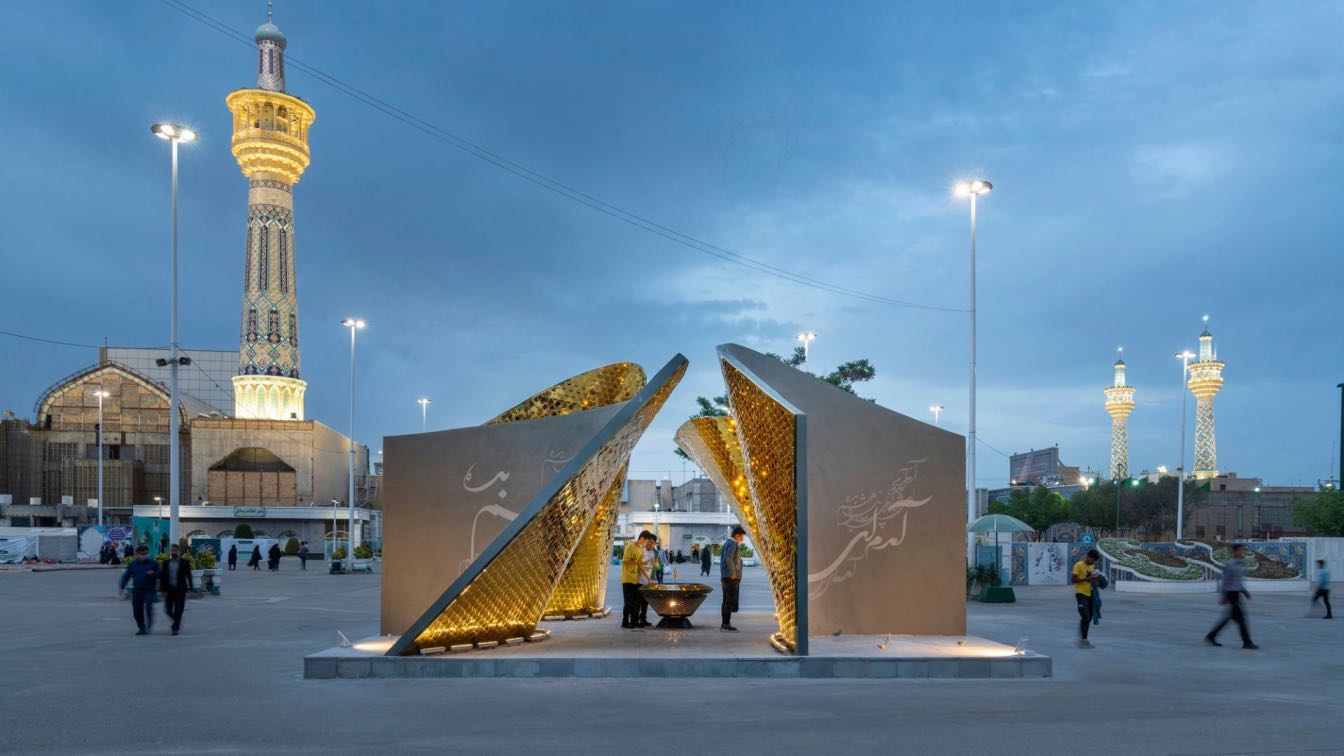