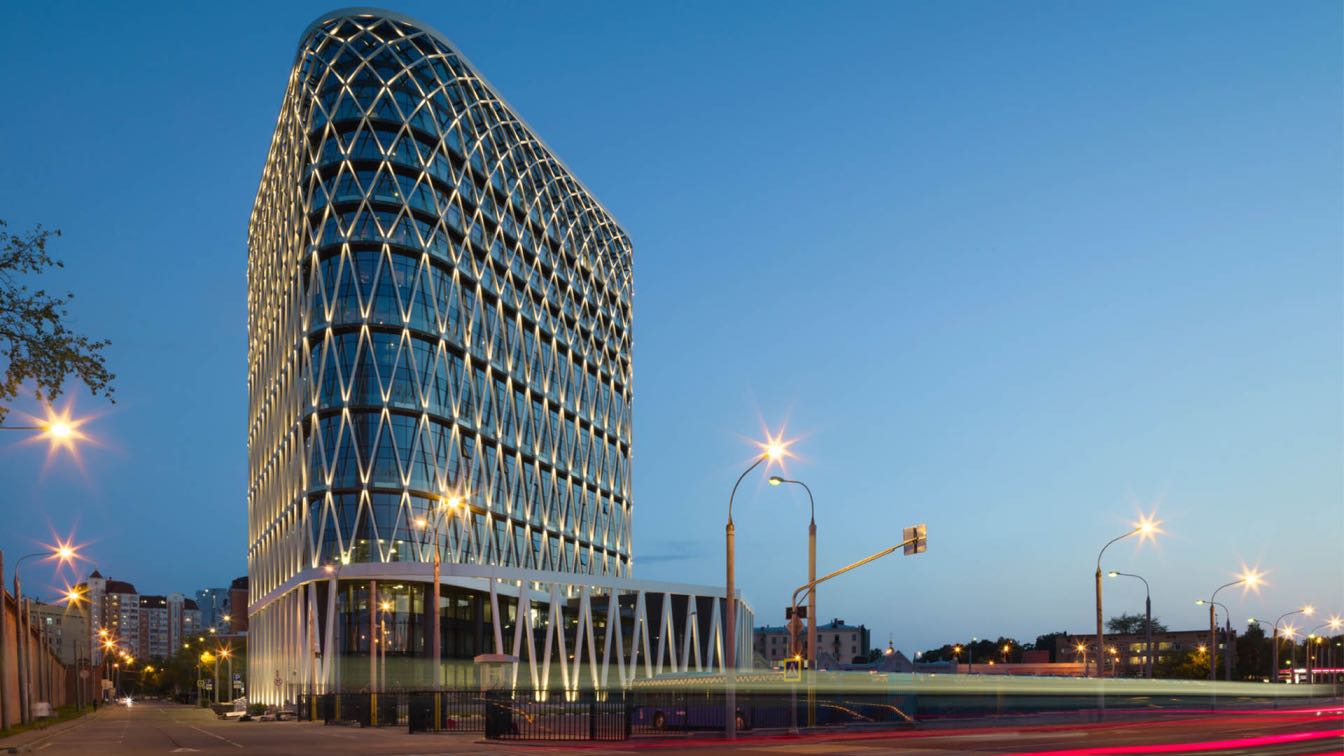 UNK architects: The most northern building with a green facade in the world. The Zemelny business center is located close to the Moscow subway station named Ulitsa 1905 Goda. The building is surrounded by XX-century industrial architecture, three kilometers away from the Moscow City business district. Zemelny has become a ‘green’ alternative to it.

The tower with a total area of 39000 m2 stands on a three-floor stylobate. Its facade is wrapped in a fishnet-like diagonal metal shell. As a precedent for the elevation, the UNK team used hyperboloid structures designed by Russian engineer Vladimir Shukhov, the author of the Shukhov Radio Tower in Moscow.

The new office building will become an ideal place for those who value the functionality of the workspace and its harmony with the surrounding nature. 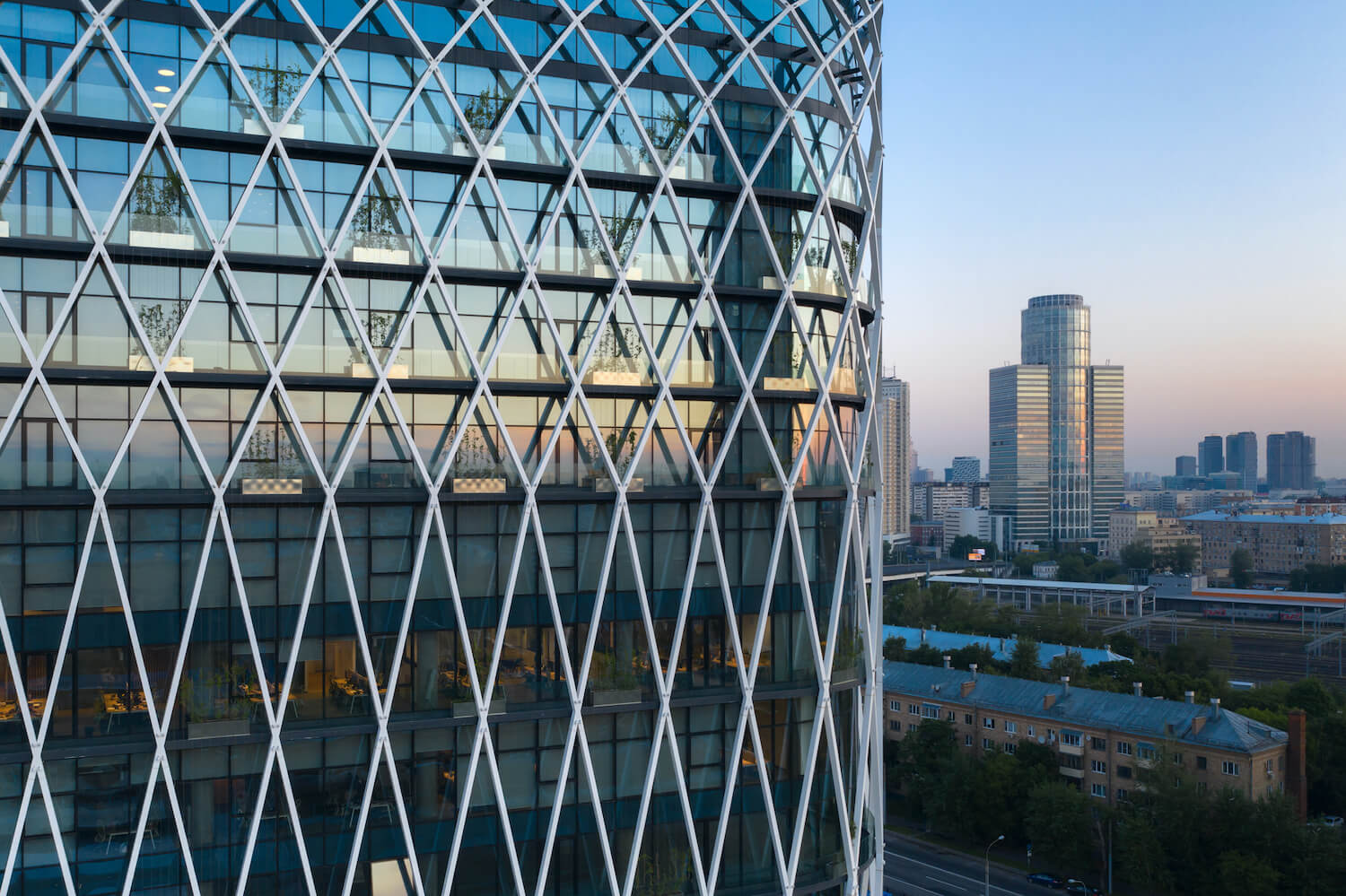 UNK architects wanted the building to remind of a private house that is though located within the city boundaries. Its architecture features a lot of glass framed by the delicate snow-white metal outline. There is Virginia creeper (flowering vine in the grape family) planted on the balconies. Every season it will transform the tower's visual comprehension: paint the facade with bright green in summer, add a red splash to it in autumn and fully expose it in winter after the leaf fall. The external metal lace shell has an uneven rhythm thus imposing the effect of an ‘artificial perspective’. It visually thinns the building and makes it more elegant.

The main volume of the building has the shape of an isosceles triangle. Elevator lobbies and egress stairs are located in its central part. Every floor is divided into six independent spatial blocks. The site is fenced and has an individual recreation area. The underground level accommodates a parking lot with 370 spaces and is equipped with charging units for electric cars.

The triangle plan helps to achieve a very high building area efficiency factor. The major challenge during the construction was to erect a building that occupies most of the site. To solve it our team used the top-down construction method, where underground levels grow down from the street level. 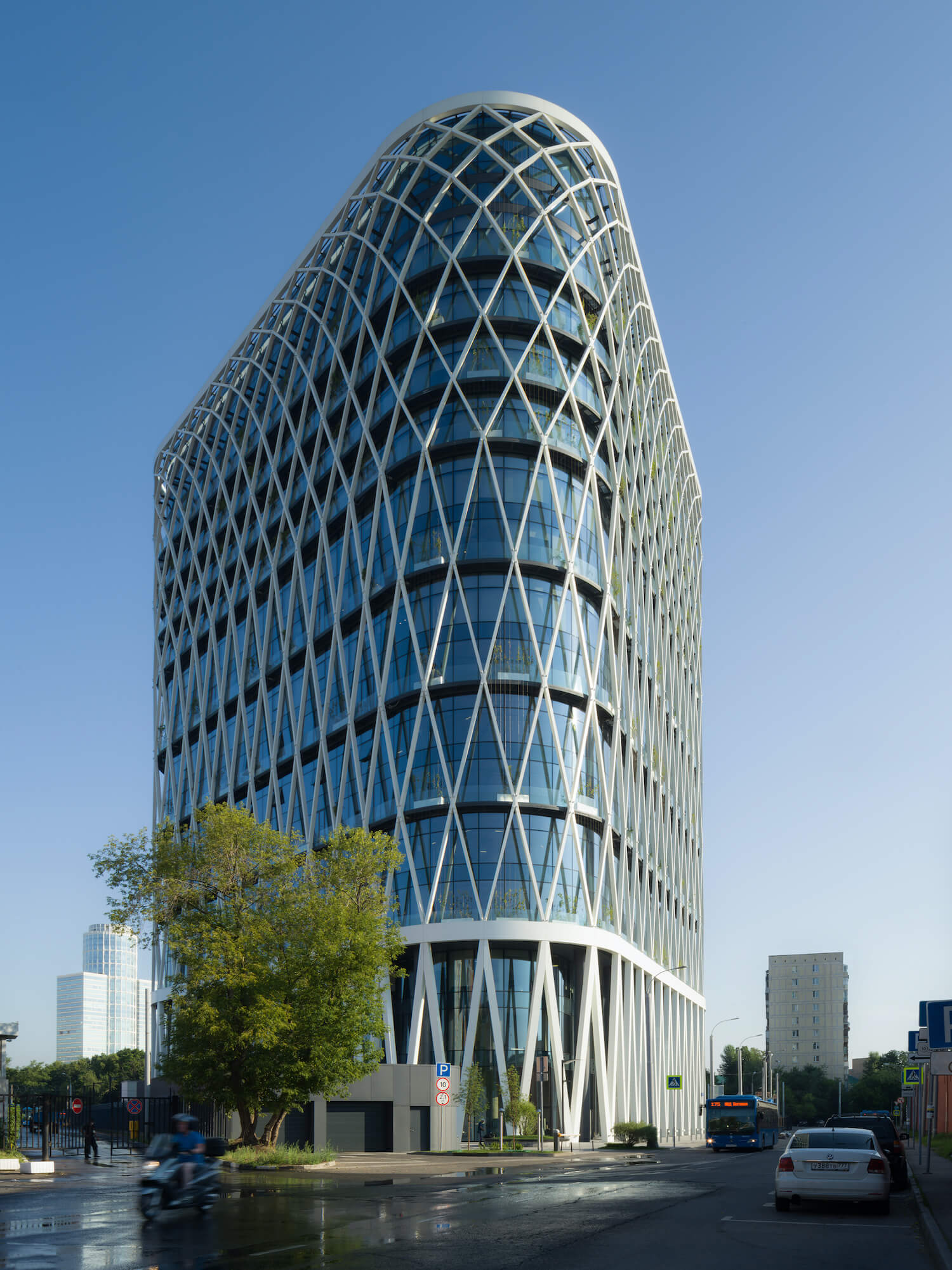 Zemelny is located on a three-story stylobate that accommodates infrastructure, event halls, a café, and multiple shops – all those can be used both by the offices’ tenants and residents. Through the use of vertical planting, the building provides another green area to the citizens. Zemelny's infrastructure is public and available to everyone which turns it into a new point of attraction of the district.

In the evening Zemelny is decorated with light that is being poured along hyperploid structures featuring the lacy external envelope.

Over time the Virginia creeper vines that are planted in tubs behind the transparent facade structures will make their way around the building's envelope and become an additional source of oxygen for the city. The unique architecture of the building stimulates new development for this industrial area and provides additional objects of urban infrastructure for the residents. 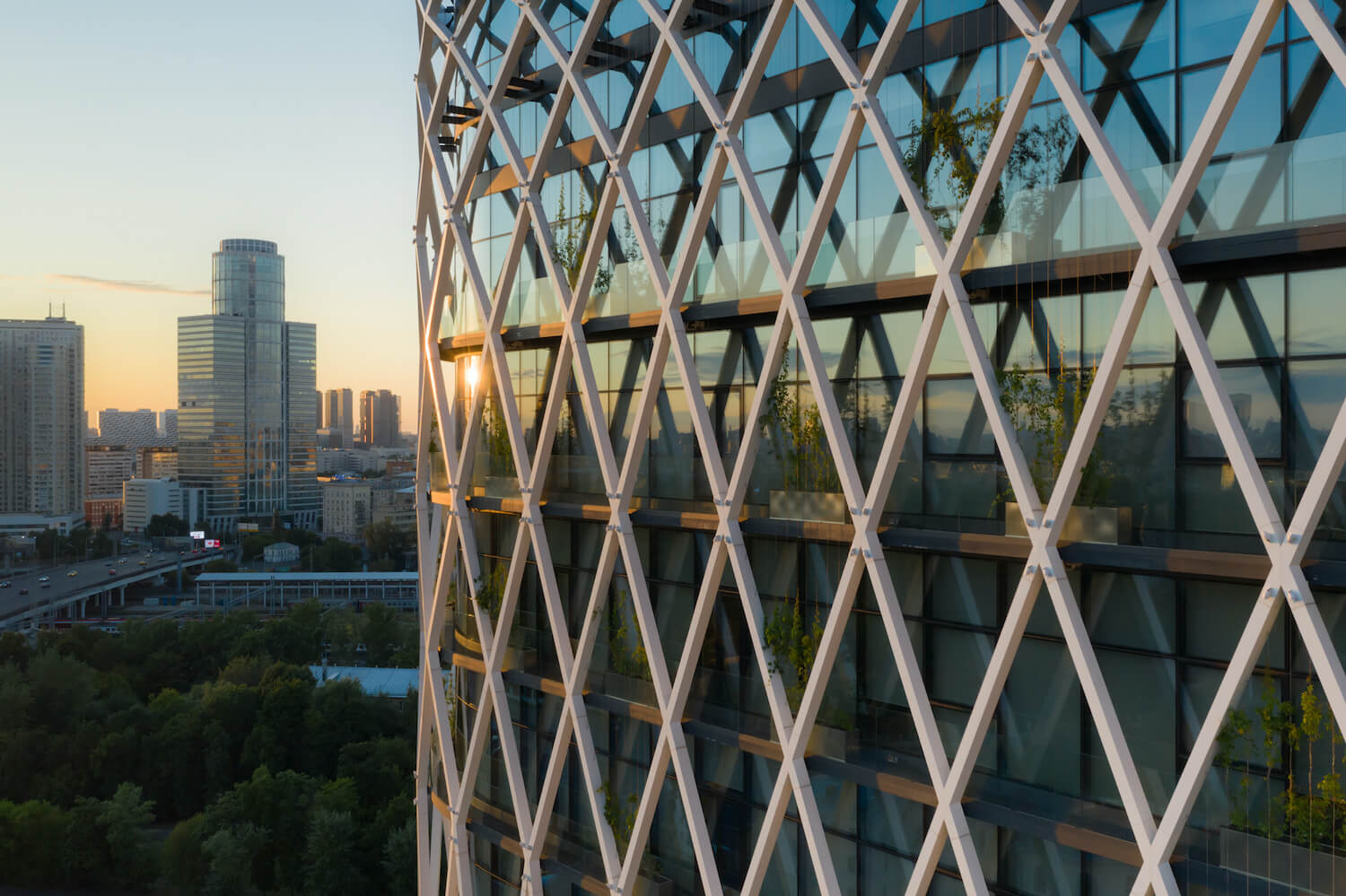 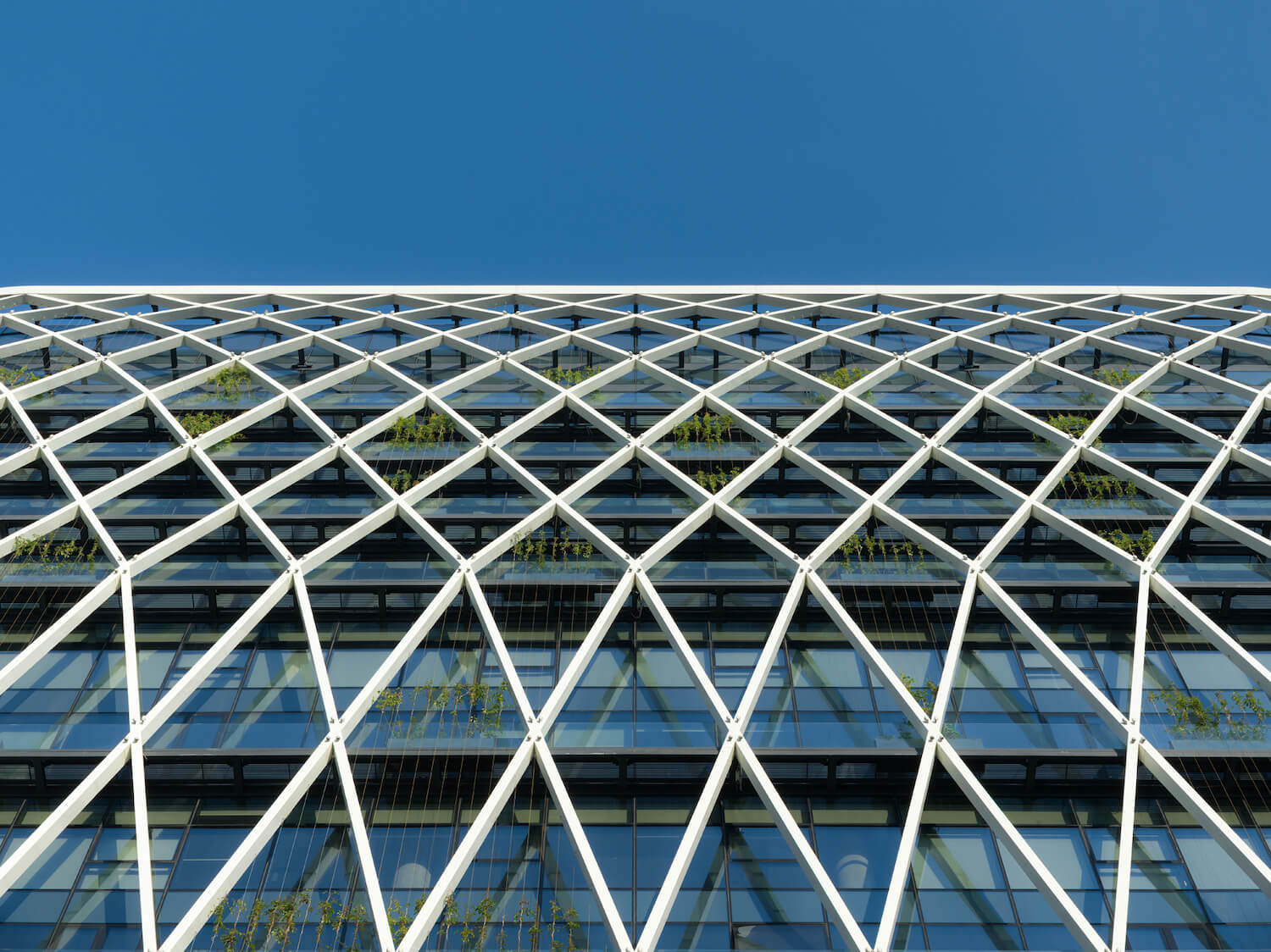 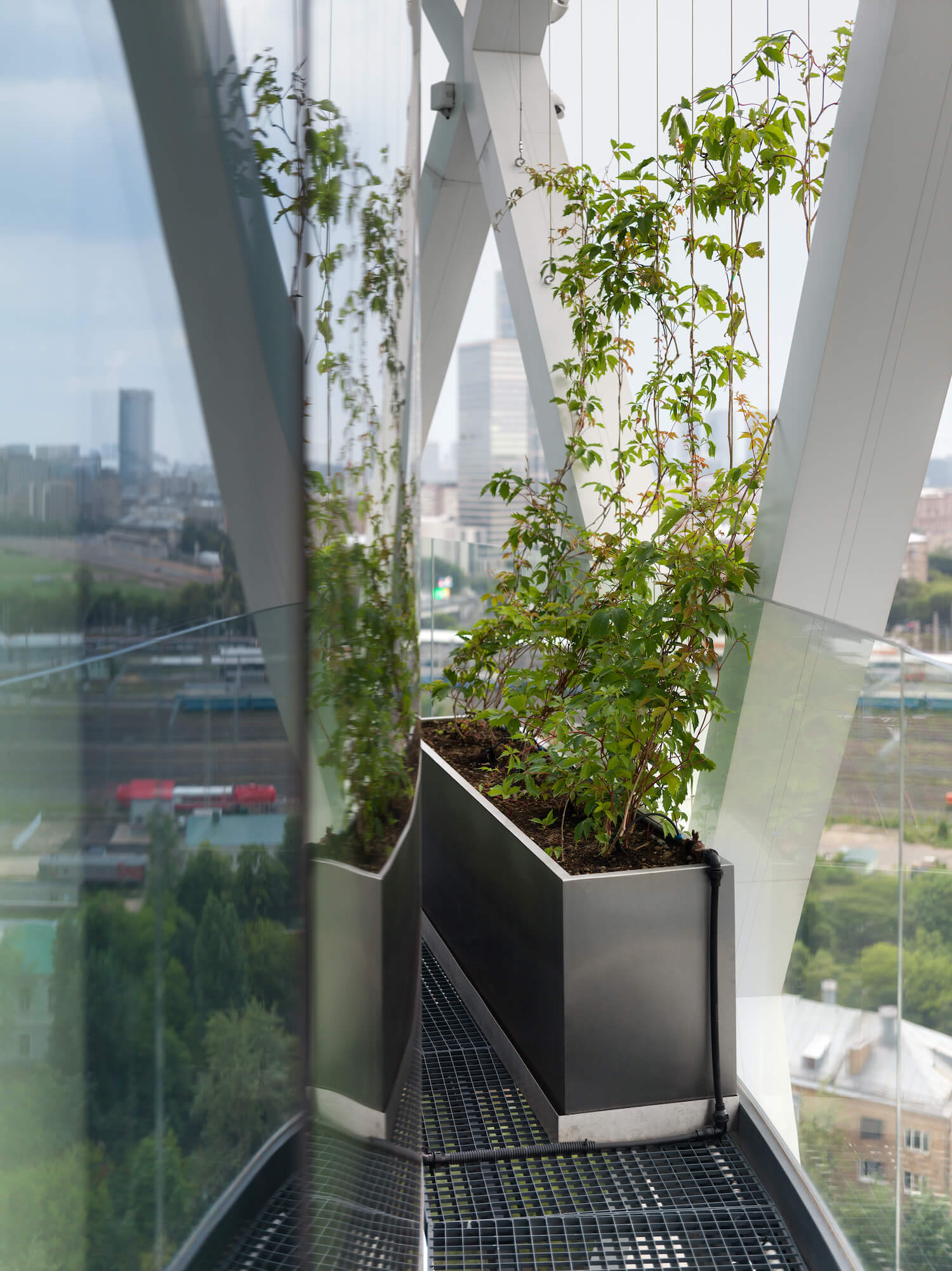 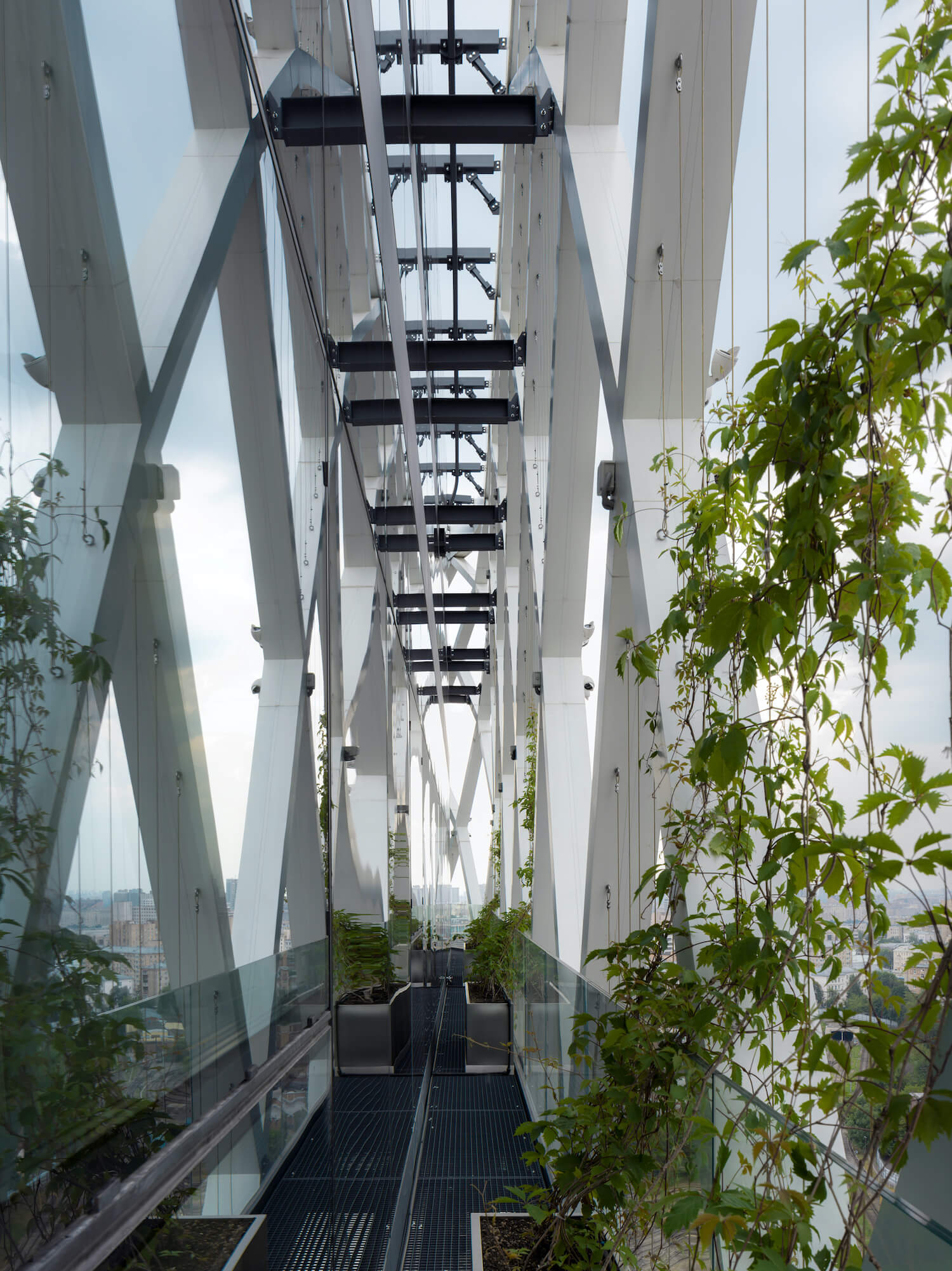 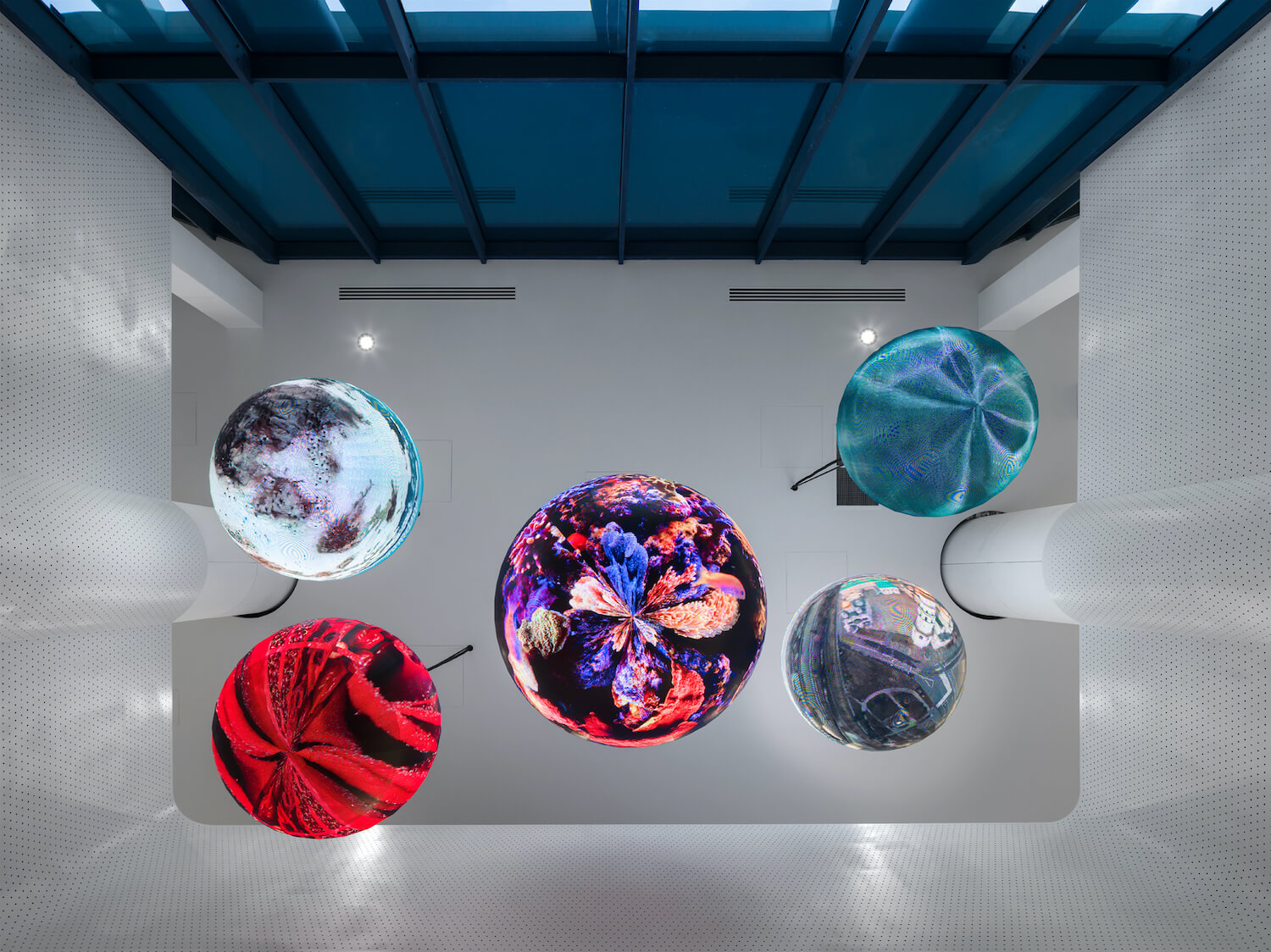 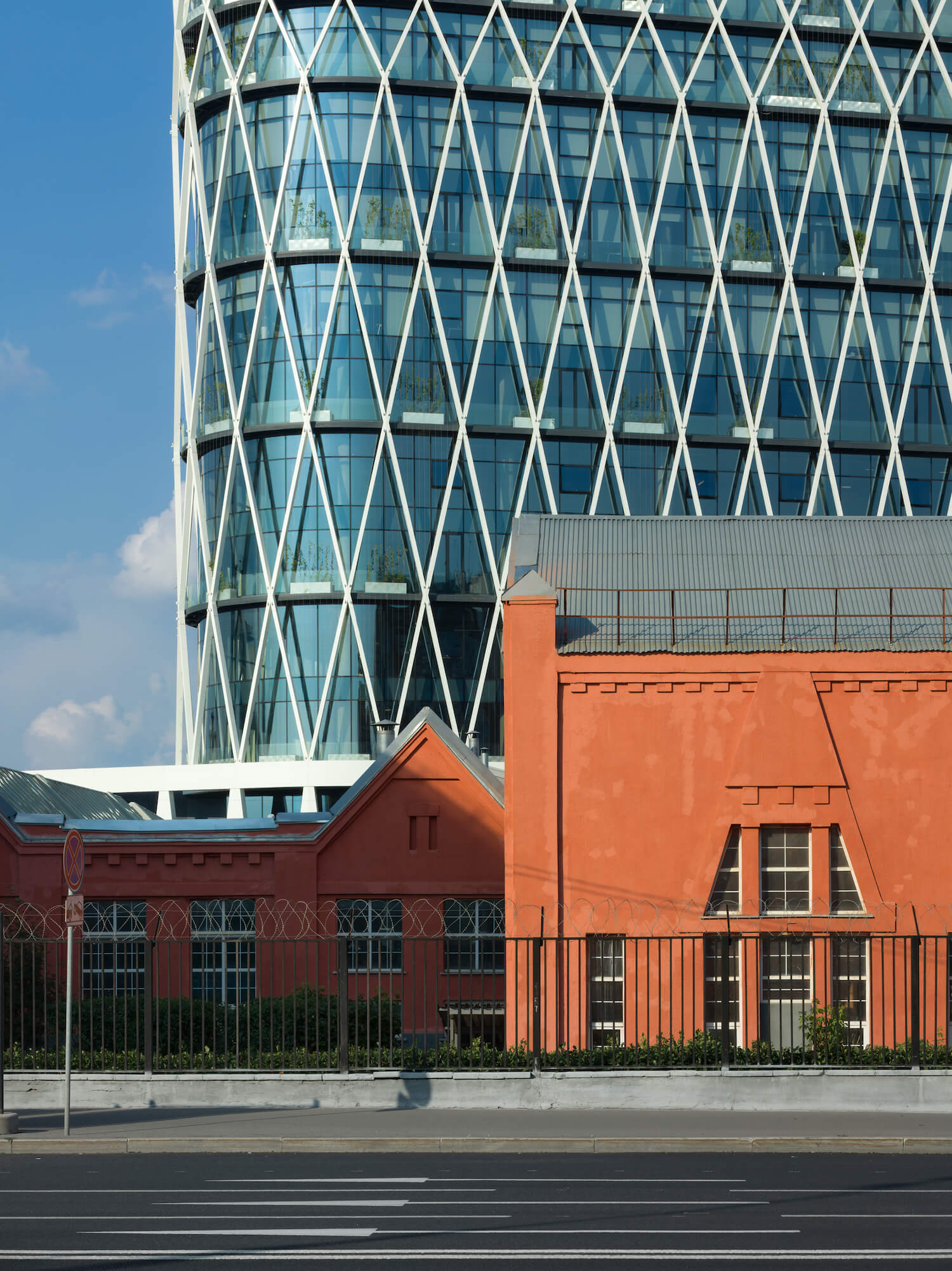 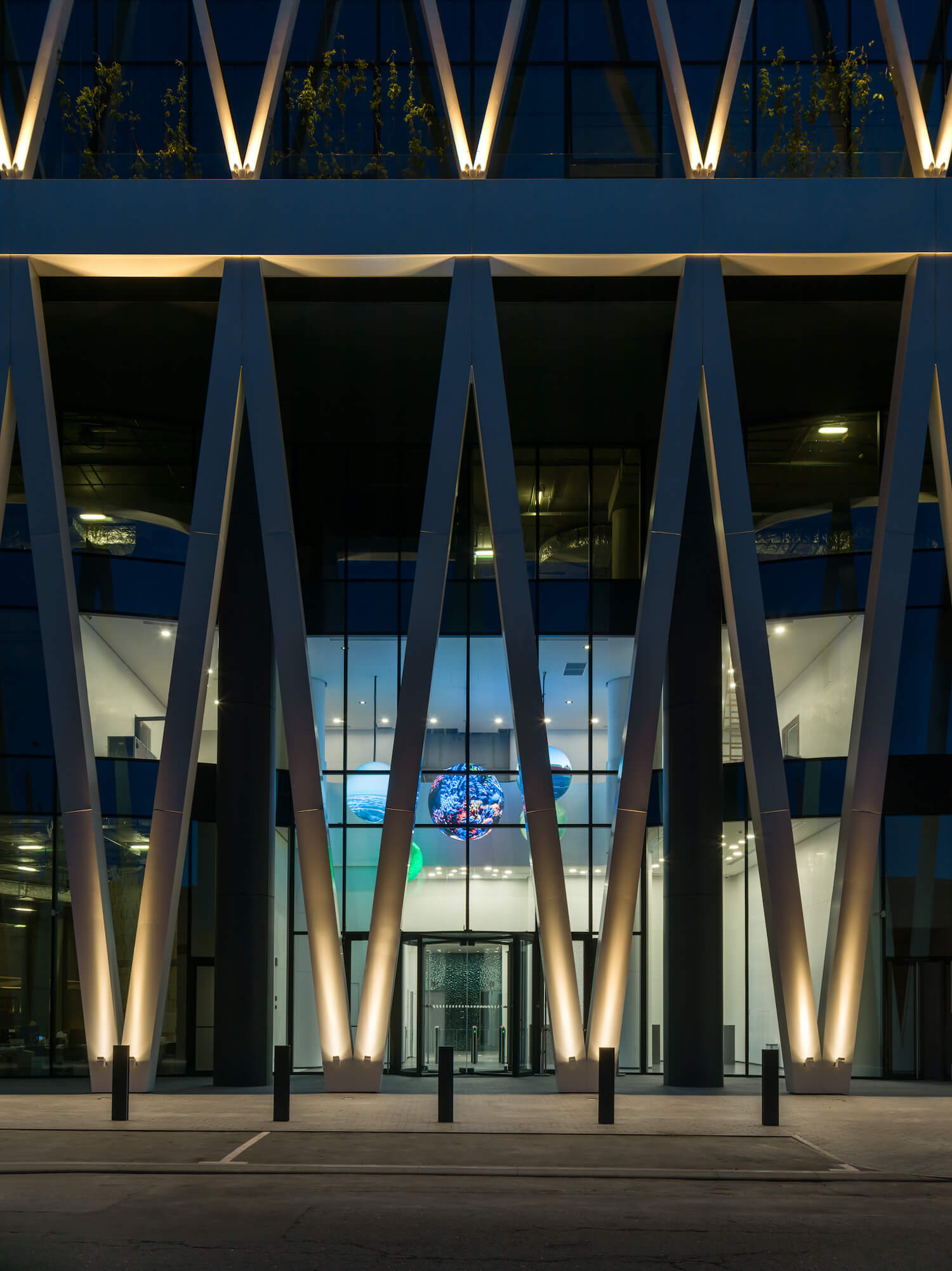 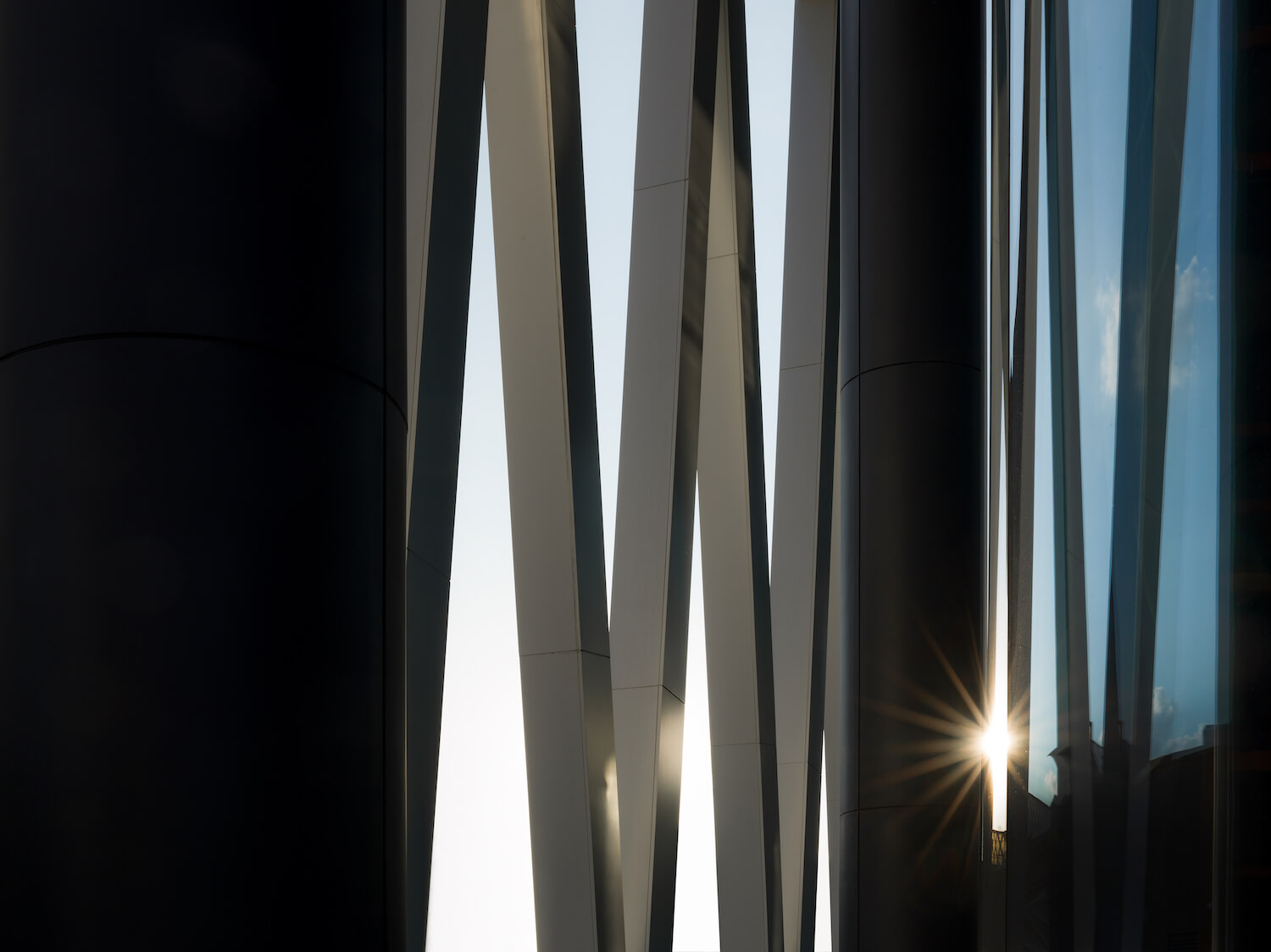 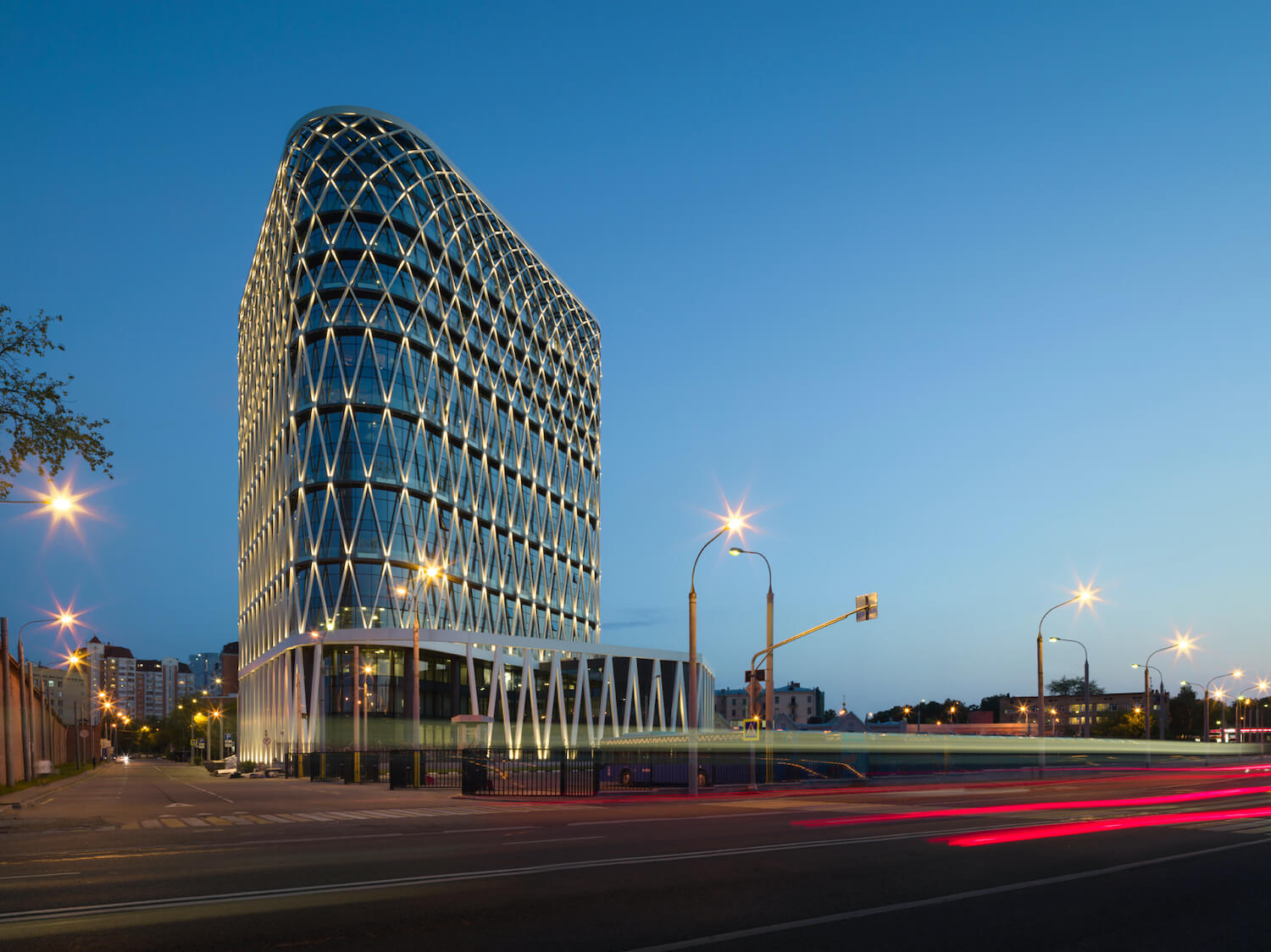 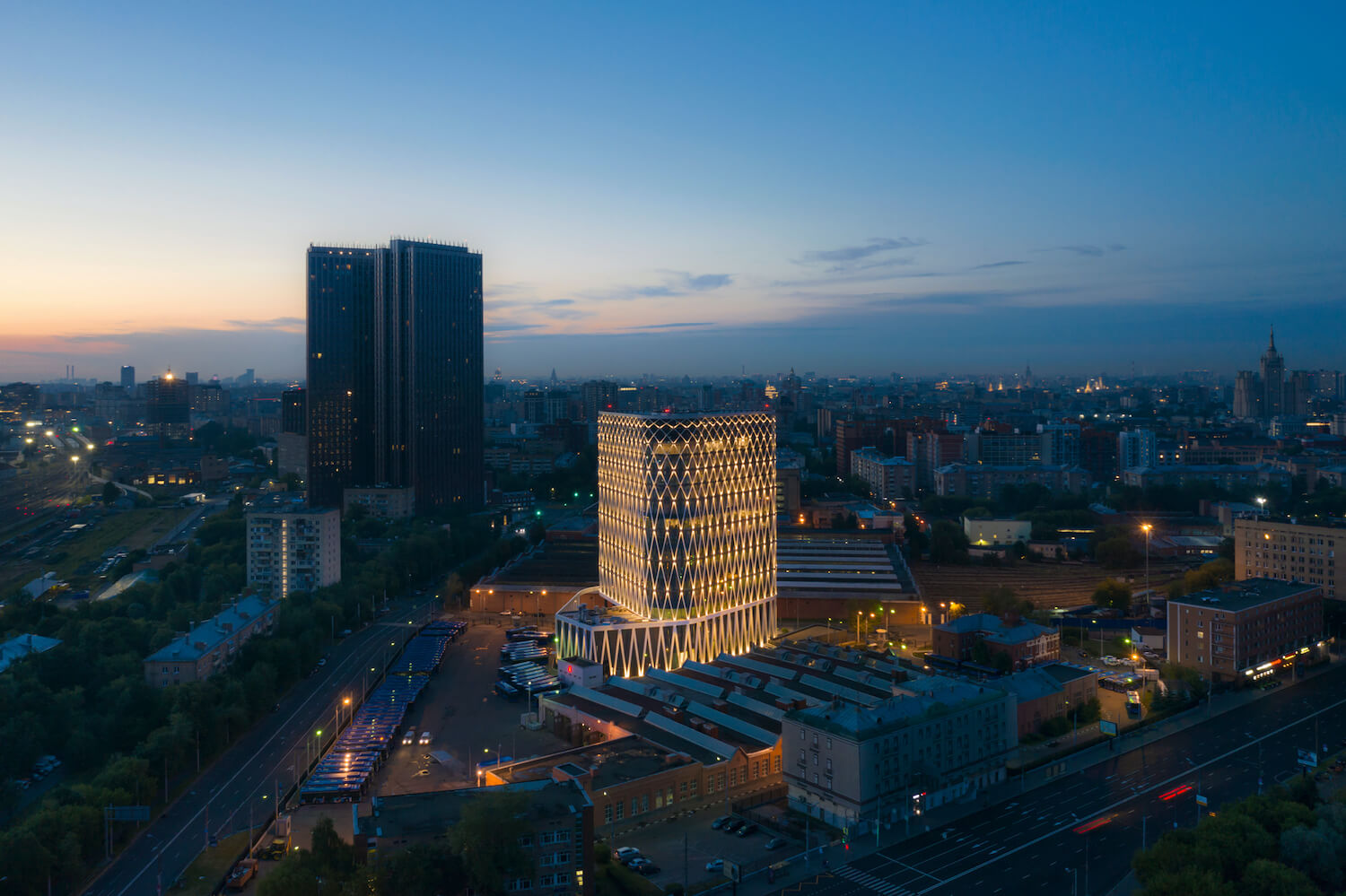 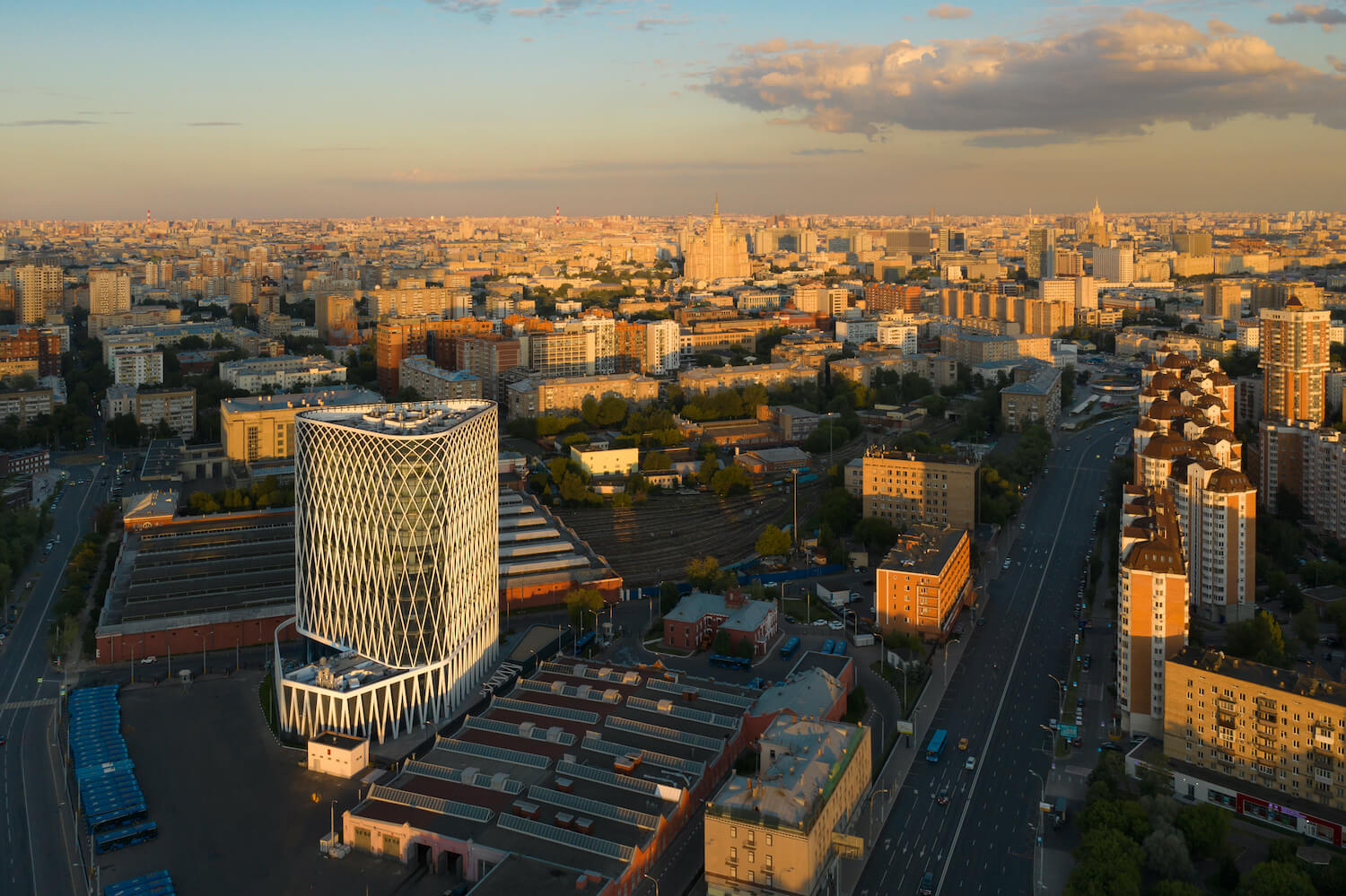 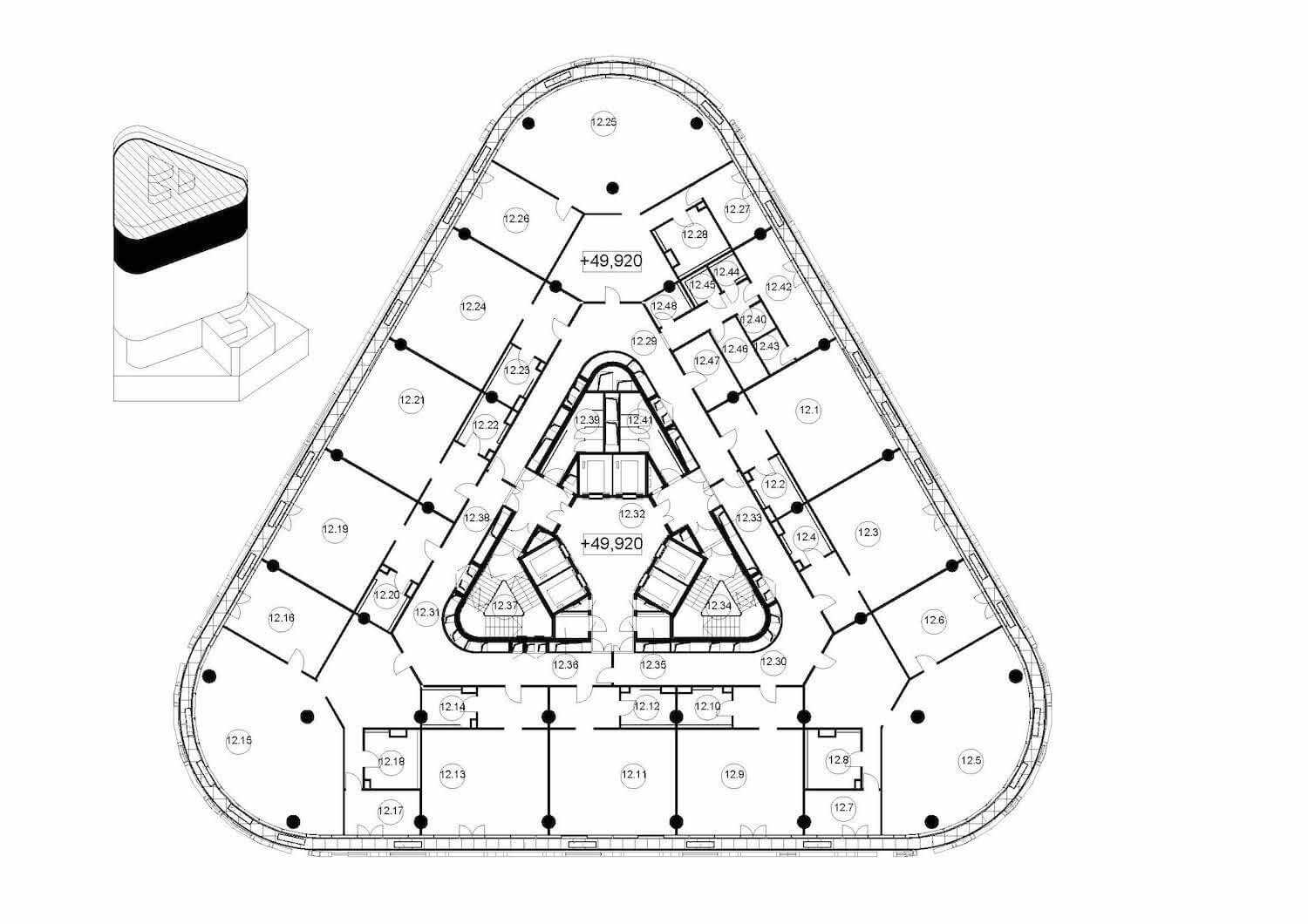 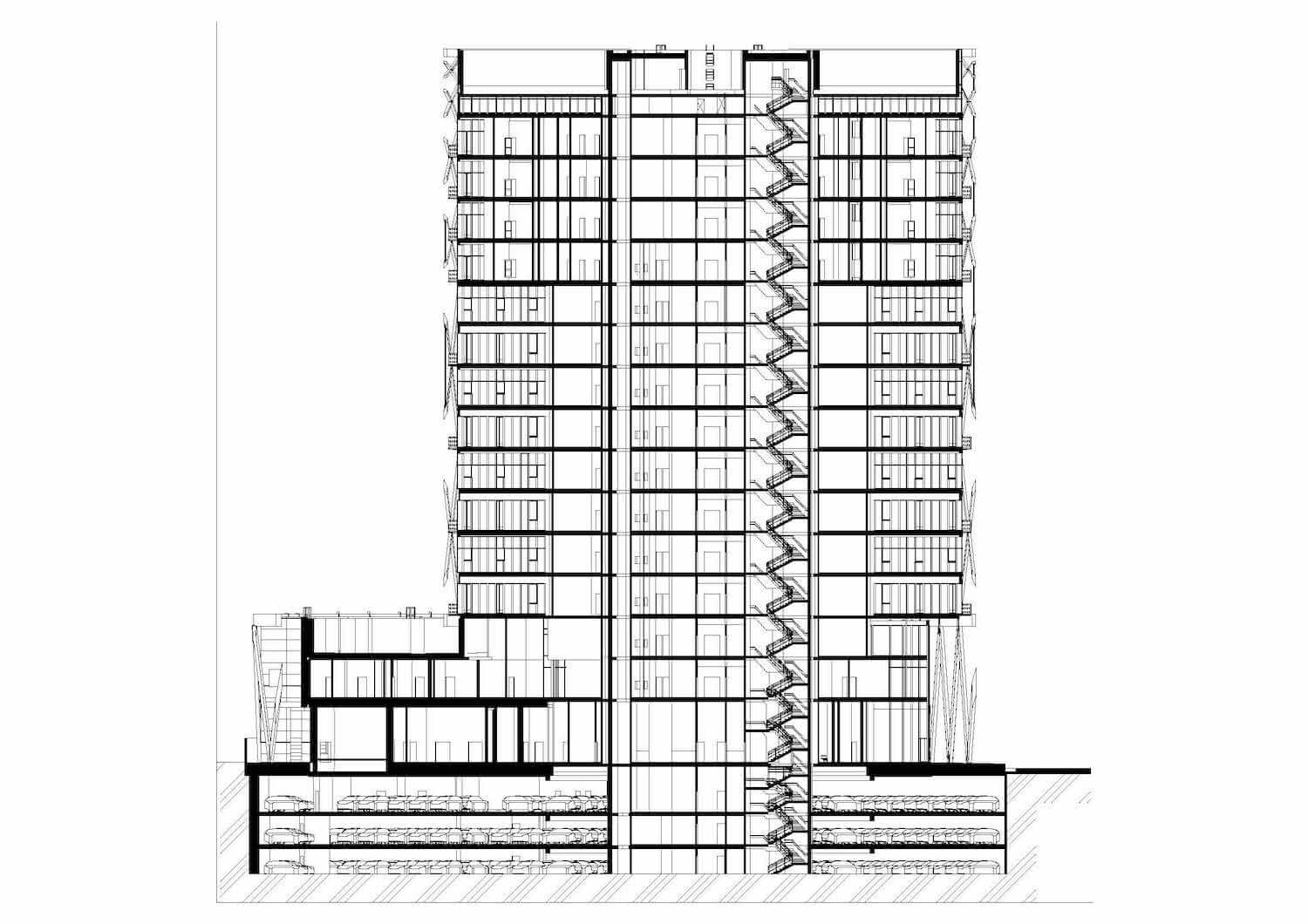 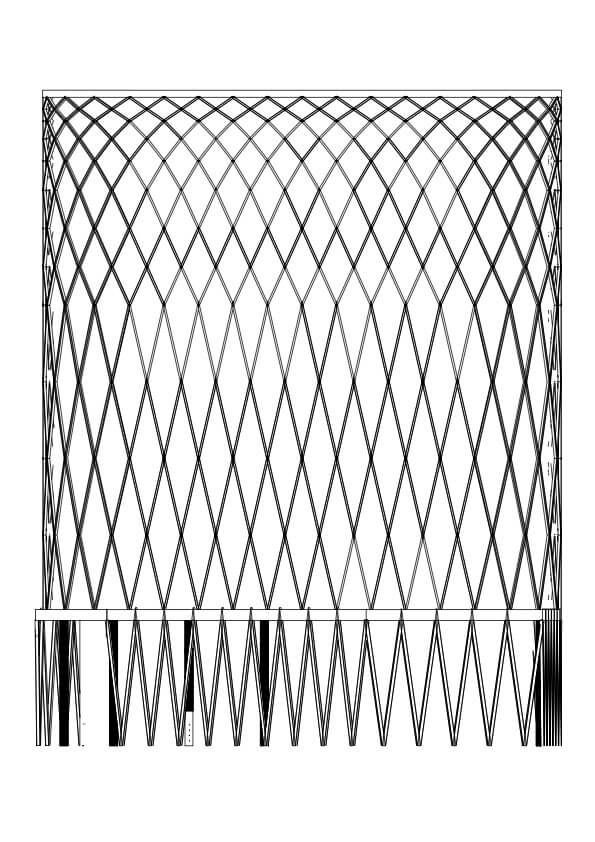 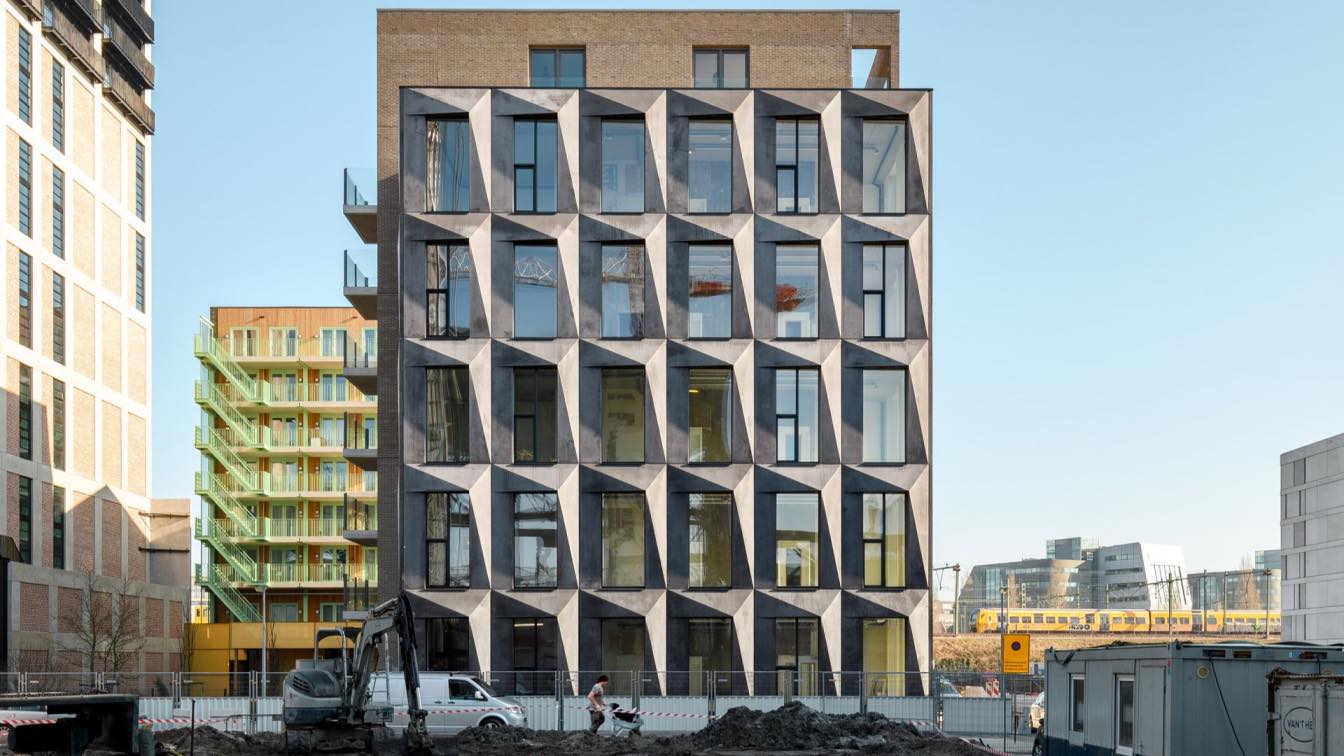 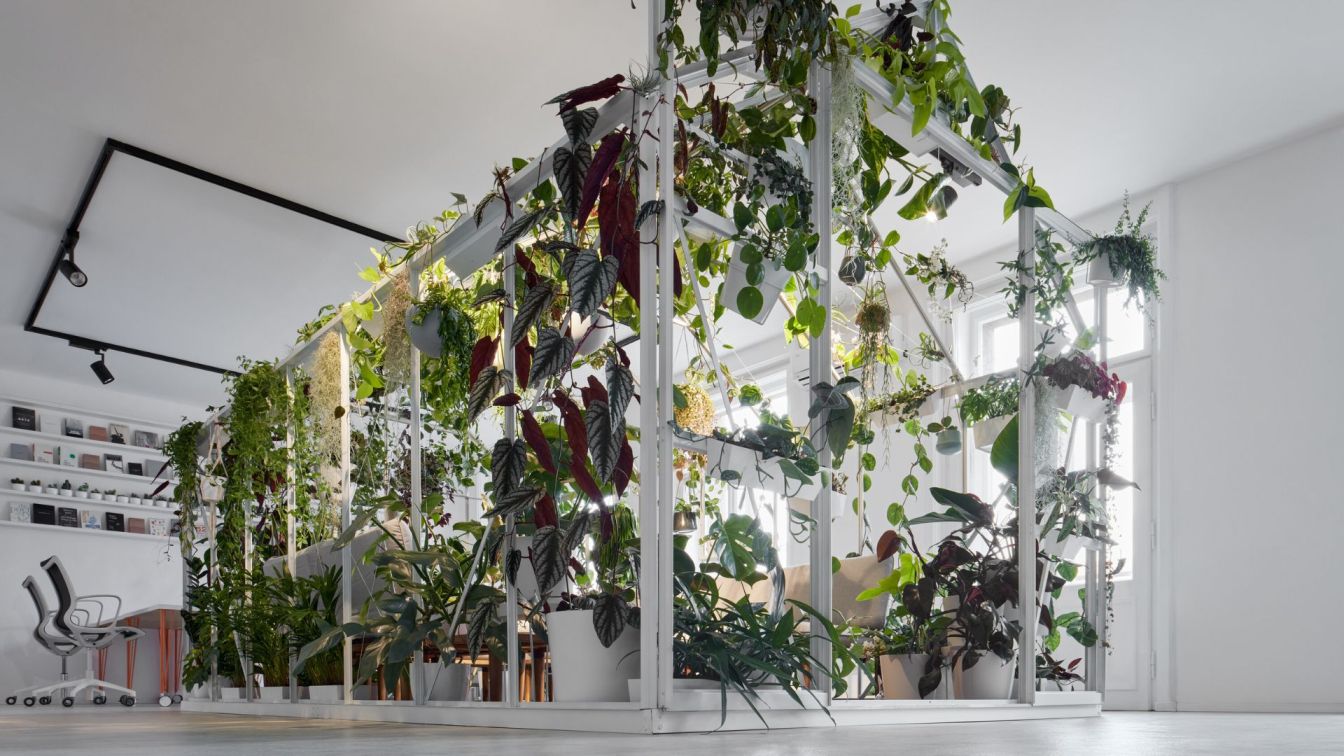 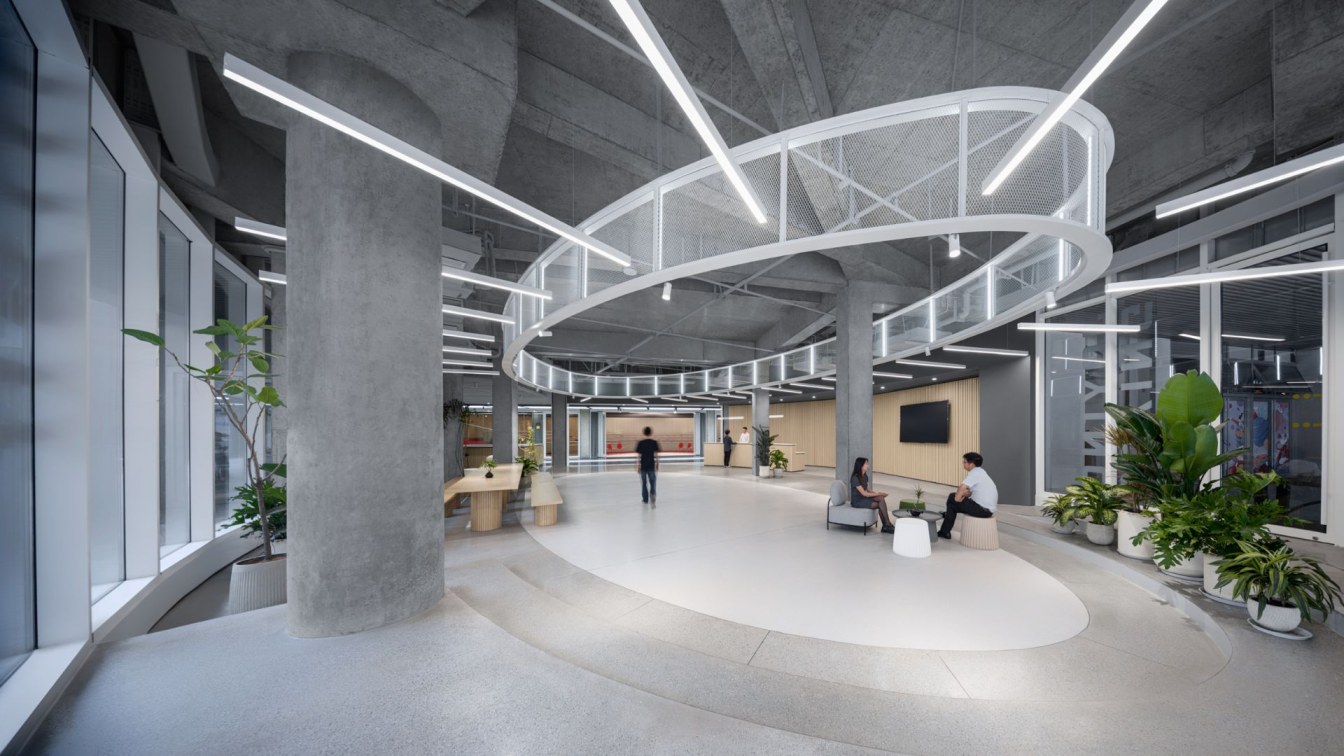 The Arcade Conference Center in Hangzhou, China by Superimpose Architecture 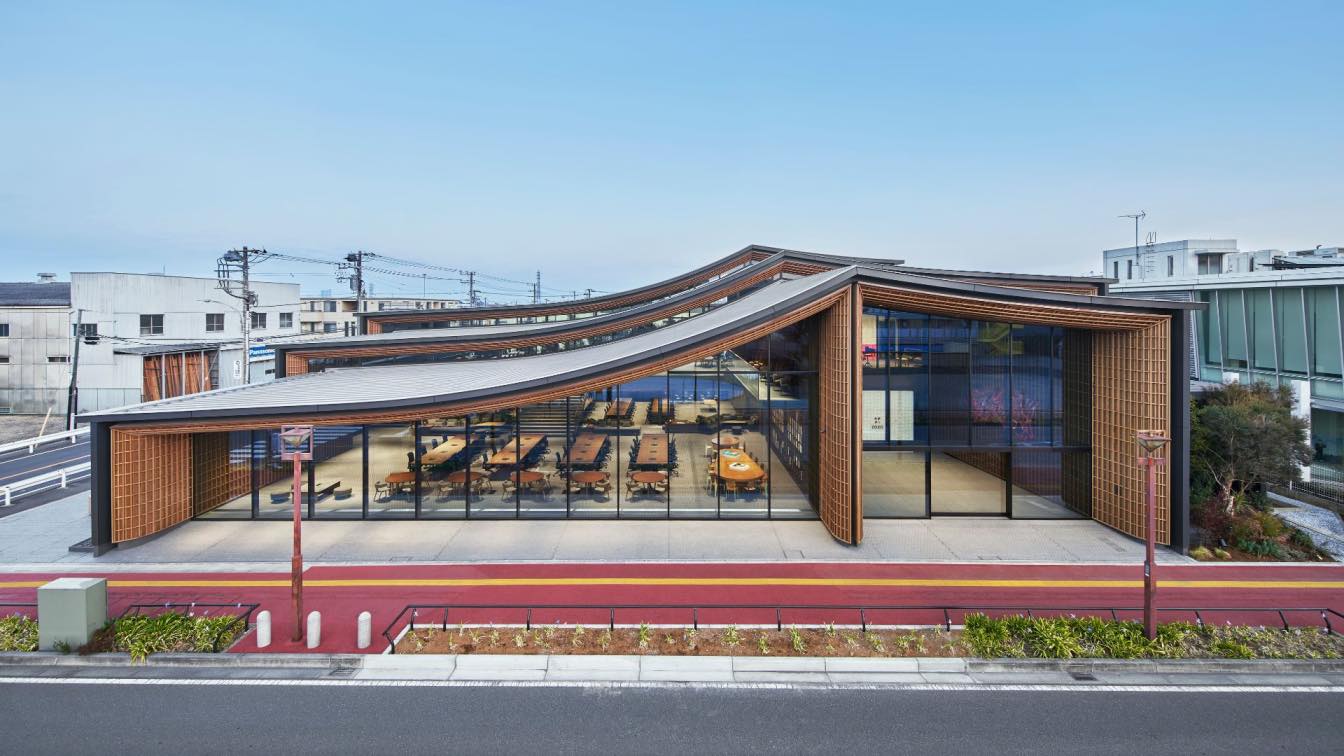