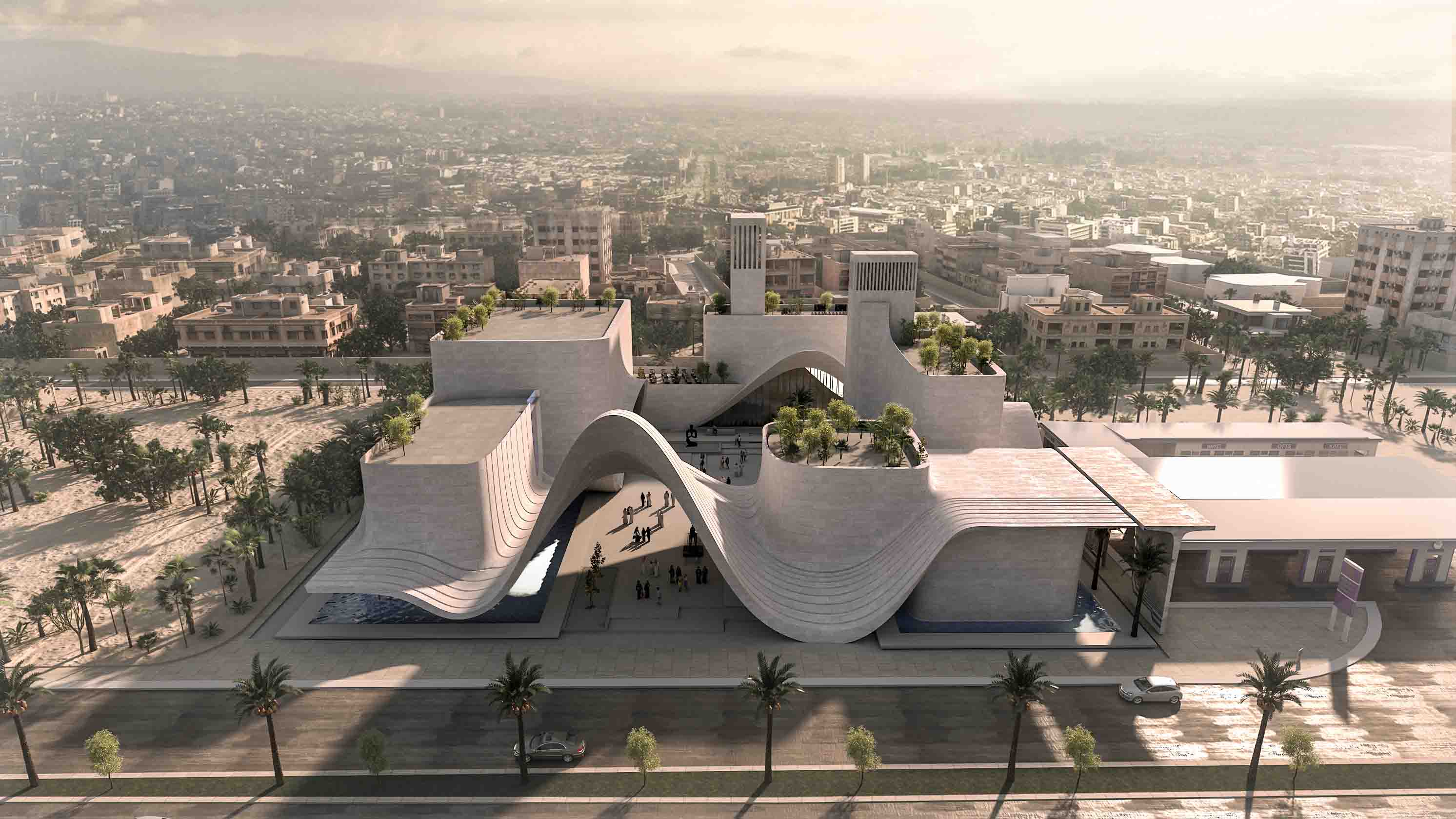 The Giza-based Architects (Mohamed Samy, Tarek Ali, Mohamed Sarhan and Sama Abdelkarim) from Cell Studio has recently designed a proposal for ''Barjeel Museum'' a modern Arab art museum in Sharjah, UAE, that connects the past with the future.

And this was reflected by designing public plaza inspired by the idea of the ancient Arab courtyard for cultural and artistic events in turn to reverse the current image and open to the sky to be connected with nature the main source of inspiration for art. 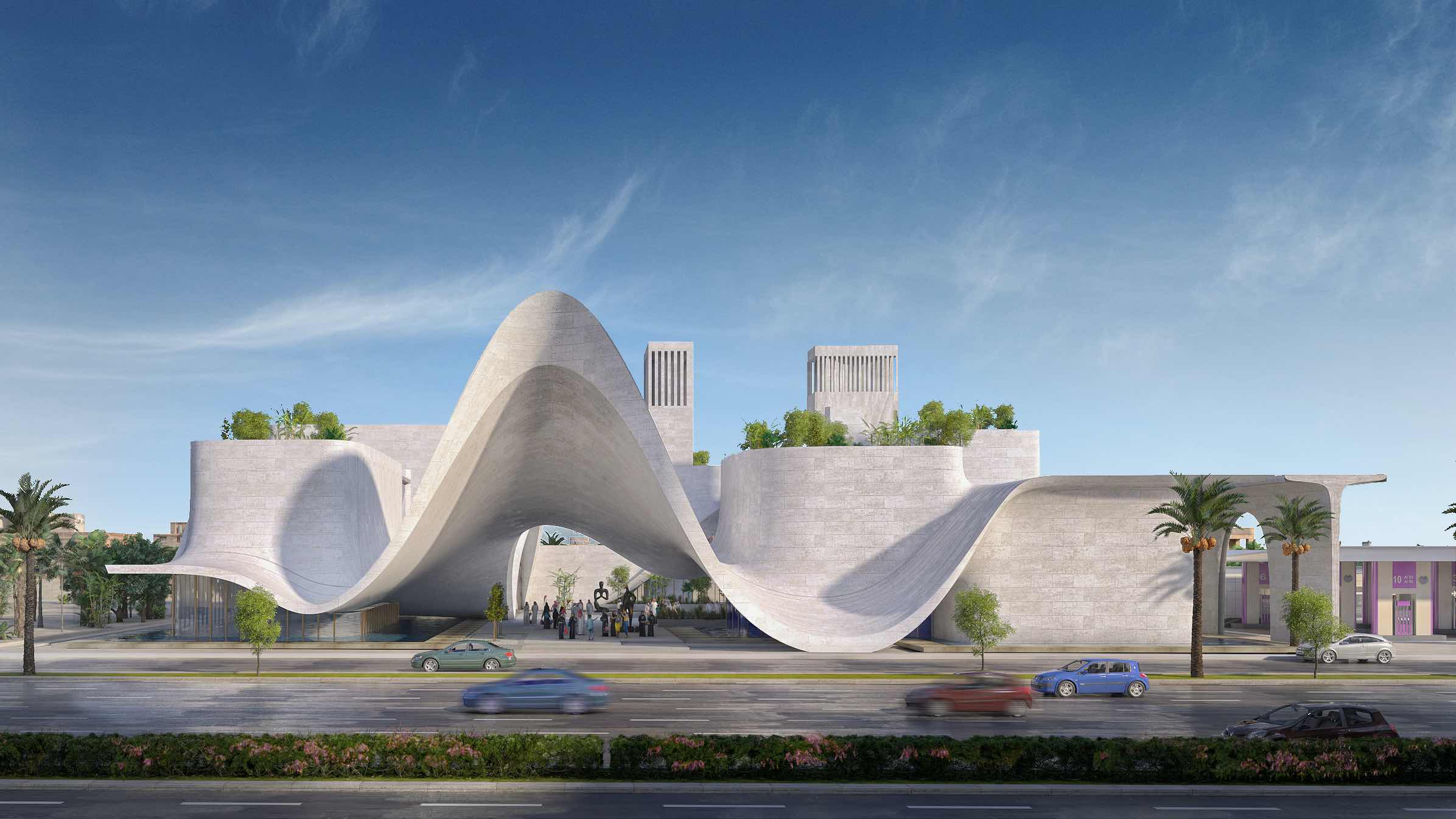 Modern art is largely symbolic and expressive, as the Arab region has undergone complex political events that have influenced art the external effects on identity appeared so that it develops with the events although the identity remains influential and strong and remaining. 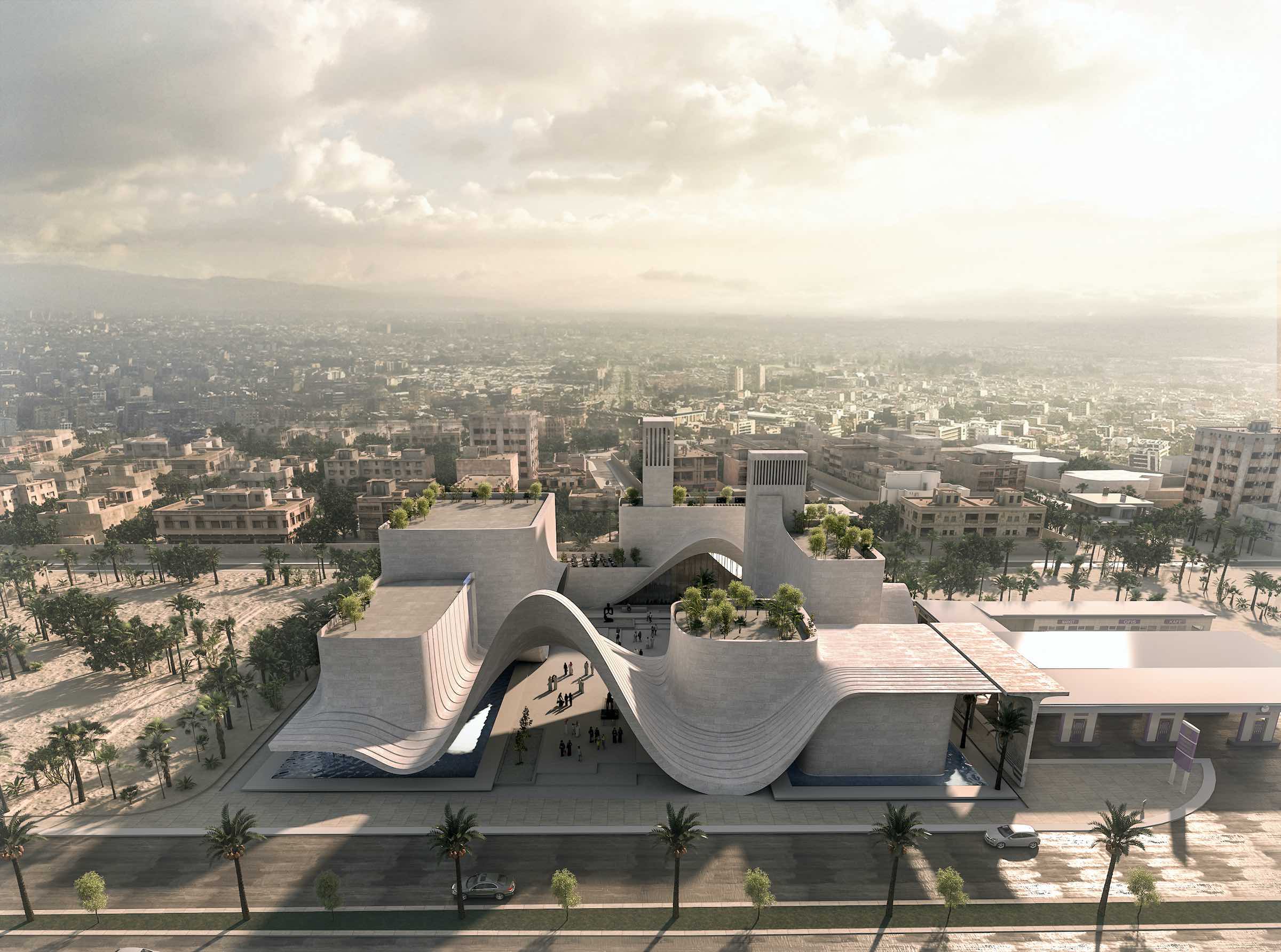 The spatial experience expresses this by transitions from the external arena and move within the galleries connected visually or implicitly the inner courtyard and gradient levels to reach the highest point open to the sky again to overlook out over the courtyard and see the project completely to reflect the full picture of art.

The Museum of Modern Arab Art reflects the Arab identity in a contemporary way where the main entrance is emphasized to penetrate the traditional skyline that preserves the Arab identity and Sharjah in particular to announce its modern personality Which is commensurate with being a museum incubator of art of lines that simulate the flow of Arabic fonts (calligraphy) and by adding water features at the entrance as a witness of the Arab history and their companion throughout and a common starting point for Arabs and a real influence on their lives. 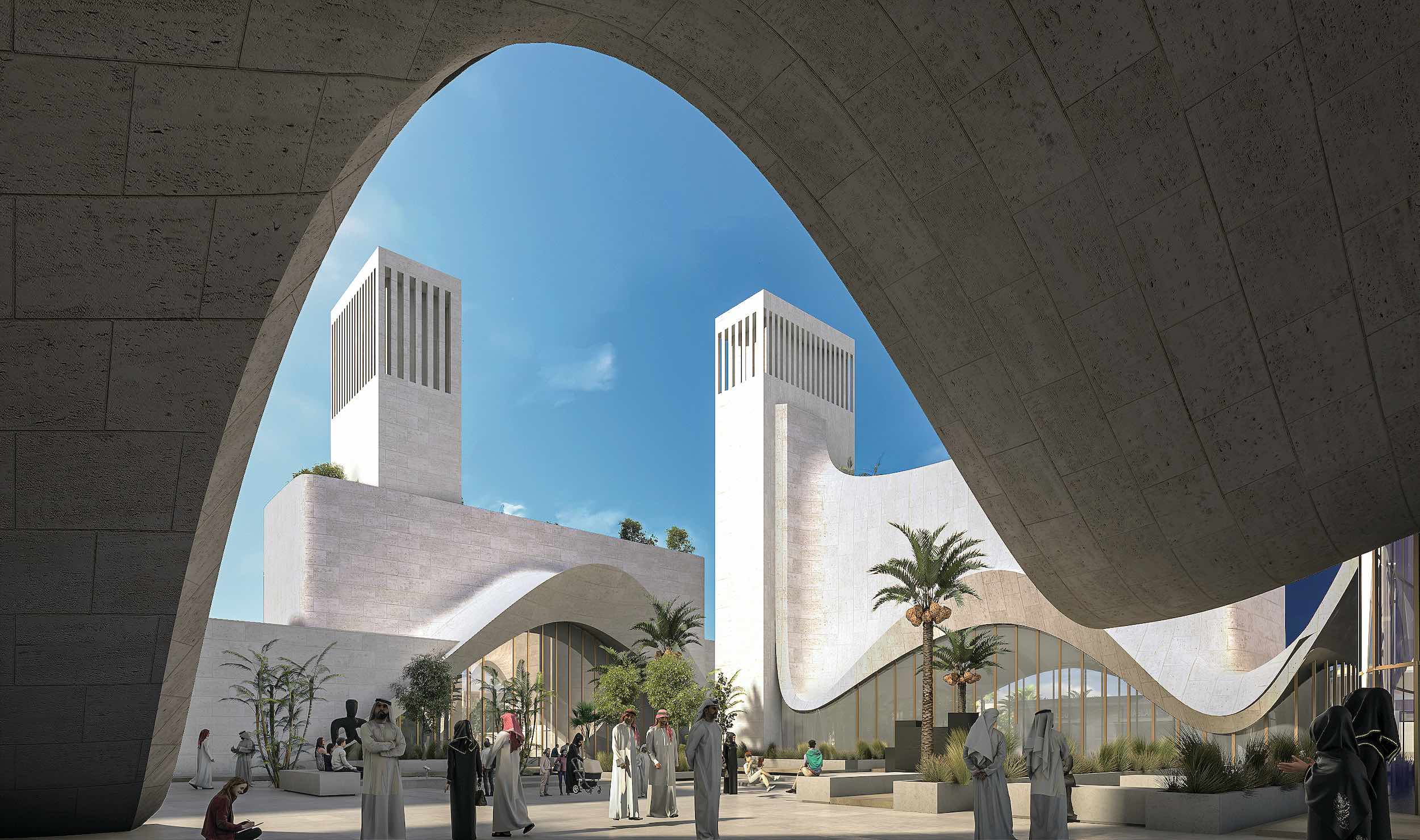 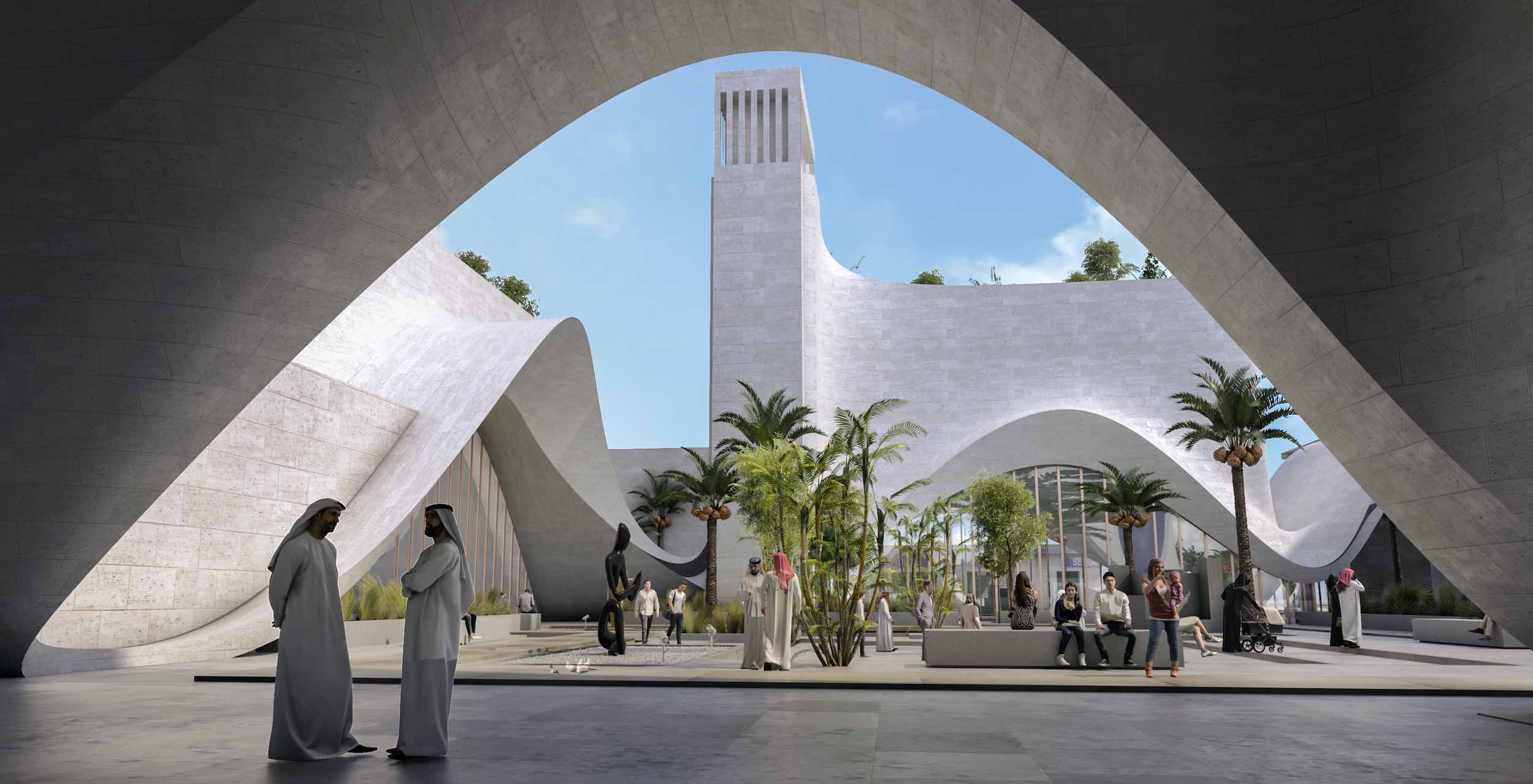 “This project fulfils the competition brief in an original and exciting proposal that melds the historical with the contemporary and addresses numerous other issues, such as regional verses international, as well as traditional verses contemporary. It connects the past with the future, and the idea of the Arab art house is clear in the spaces.
​
“Overall, the project proposes a very strong landmark and an iconic picture. It fits the context perfectly and could not have been placed anywhere else.” 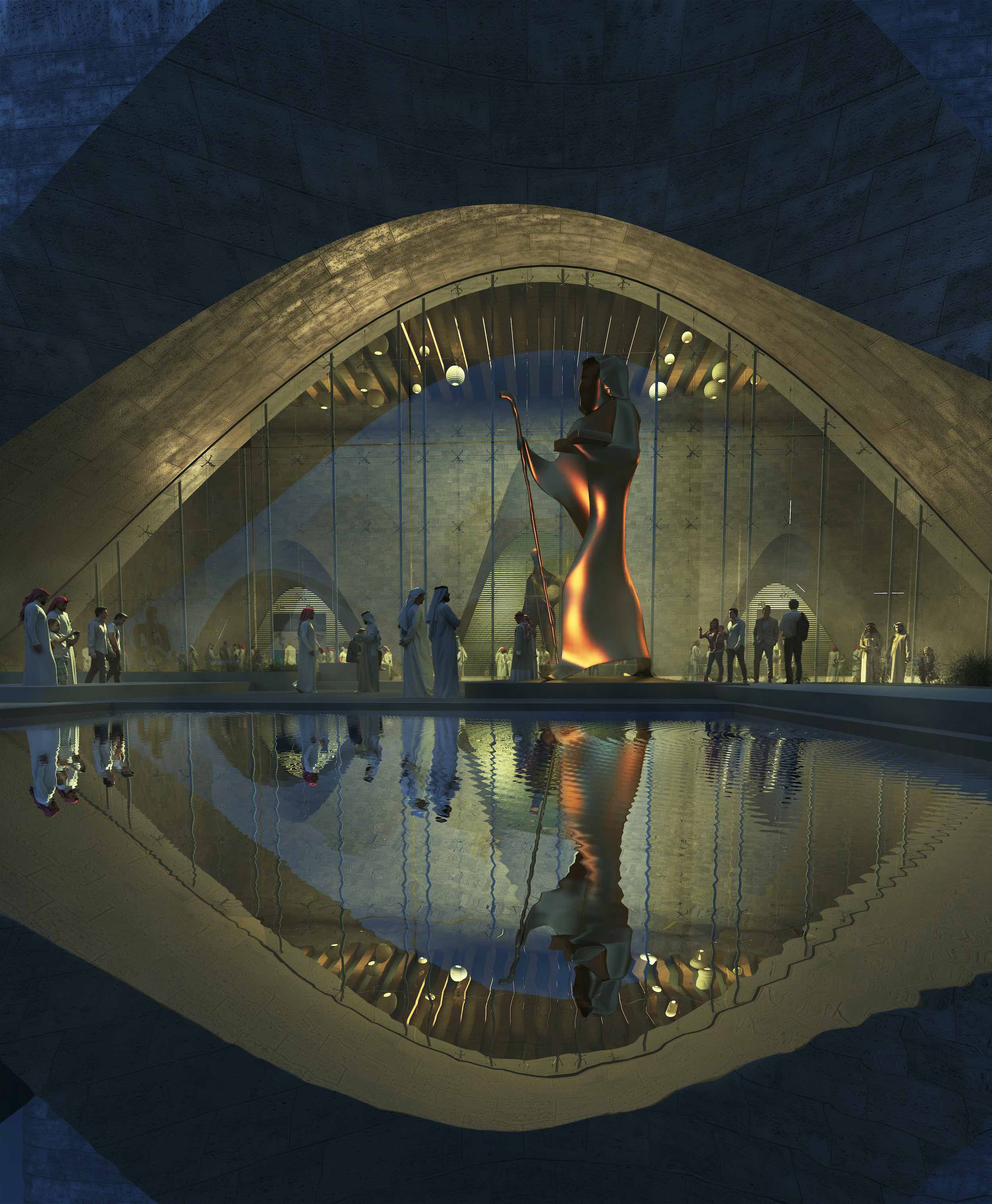 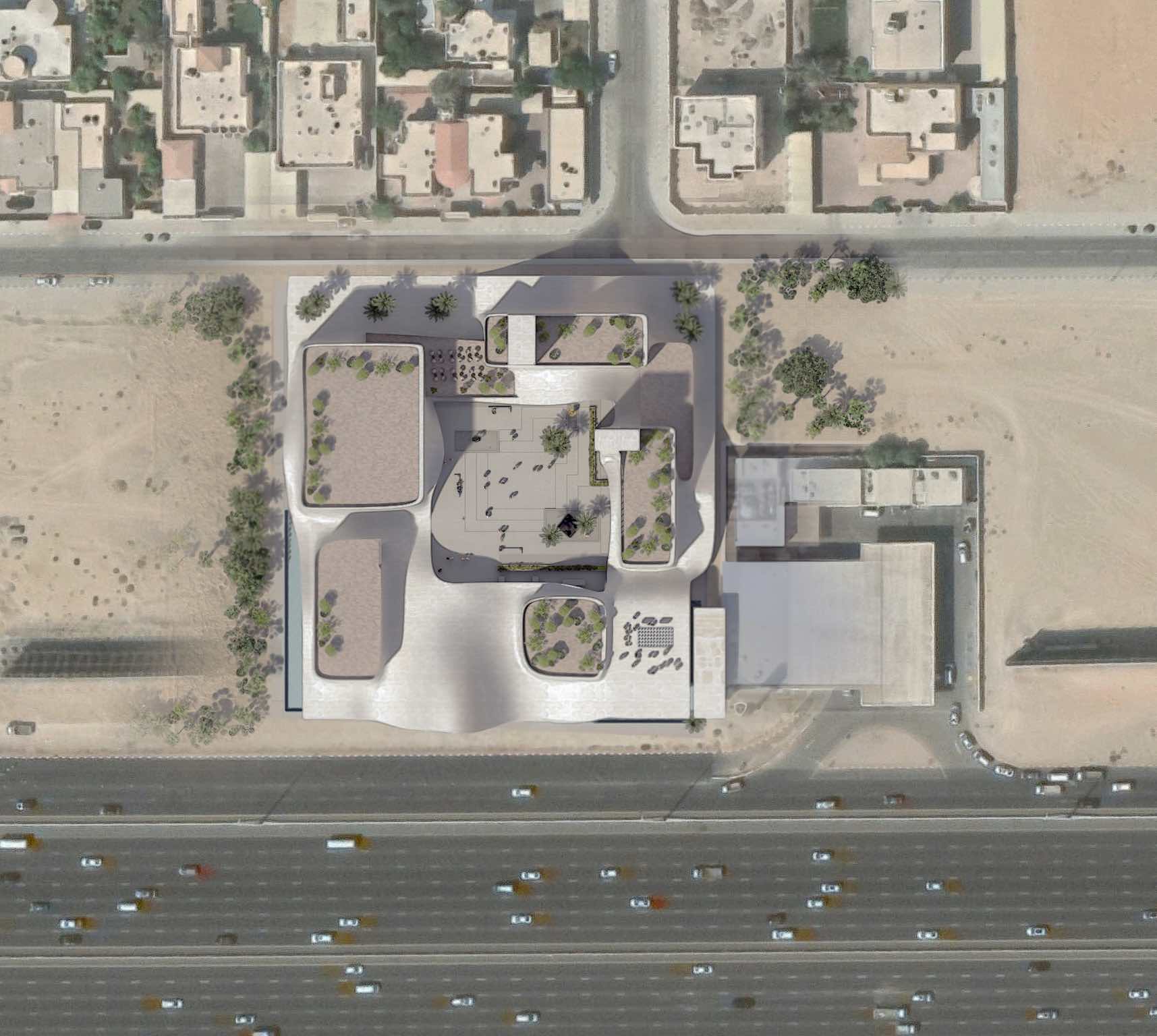 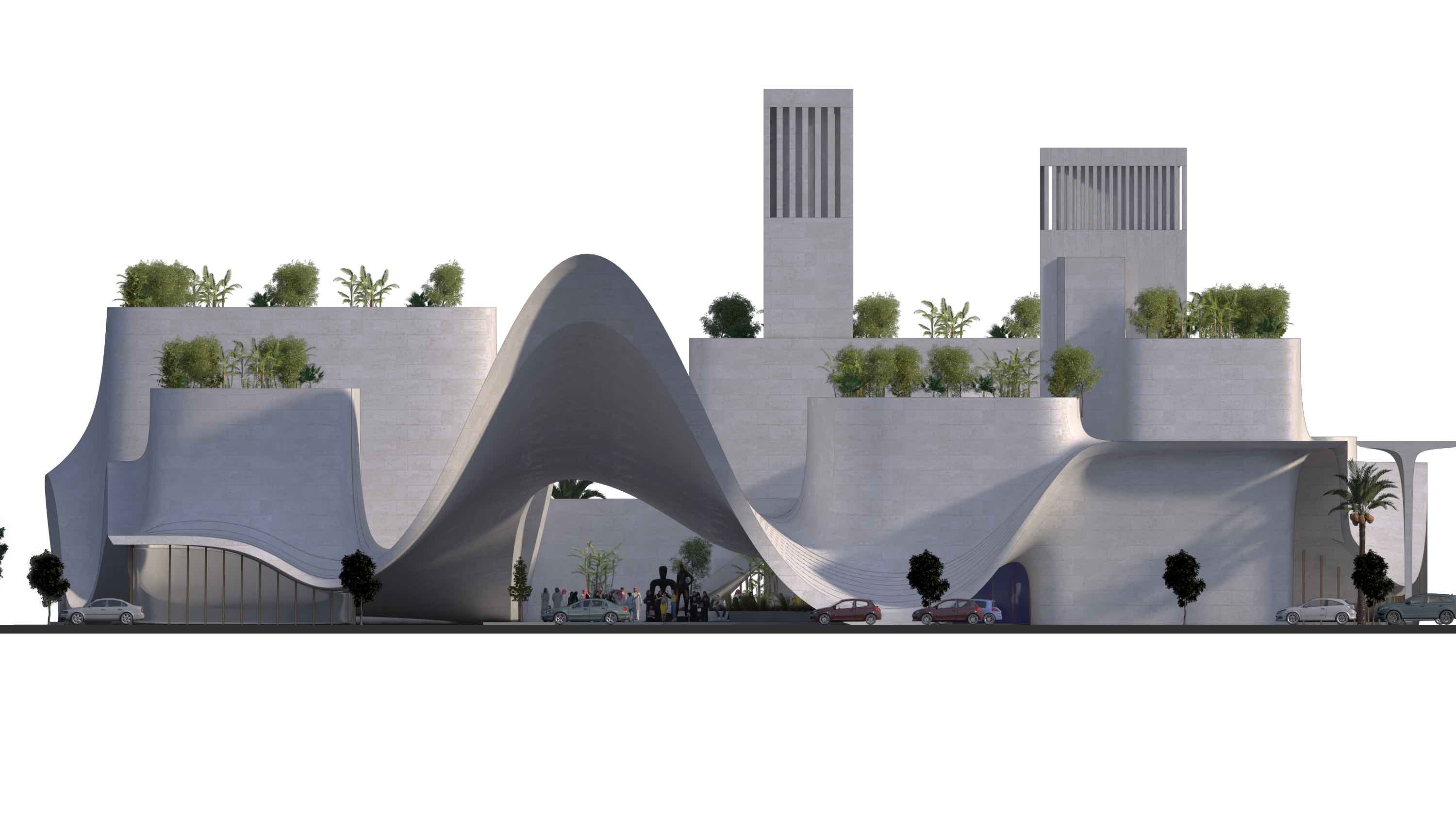 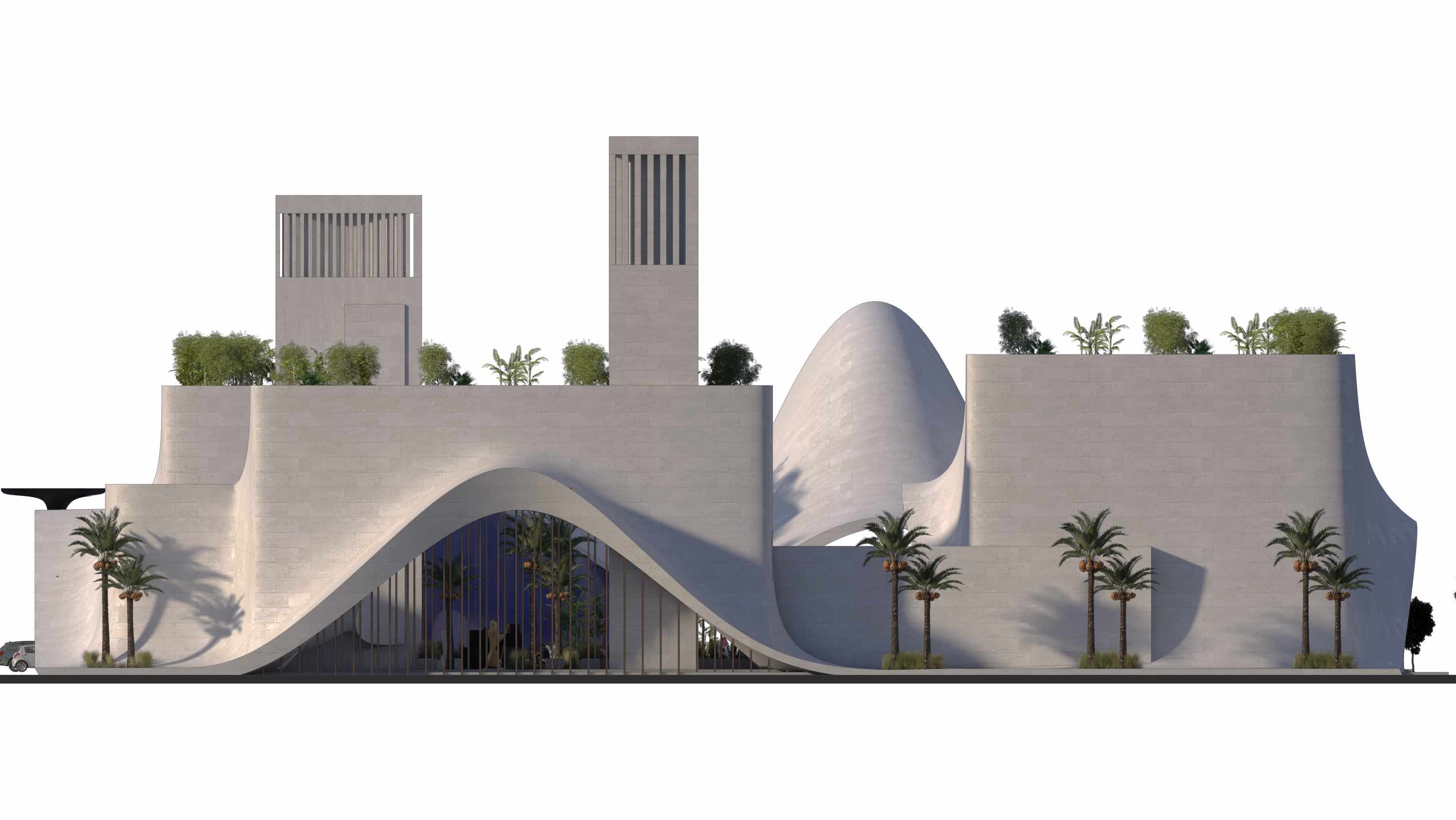 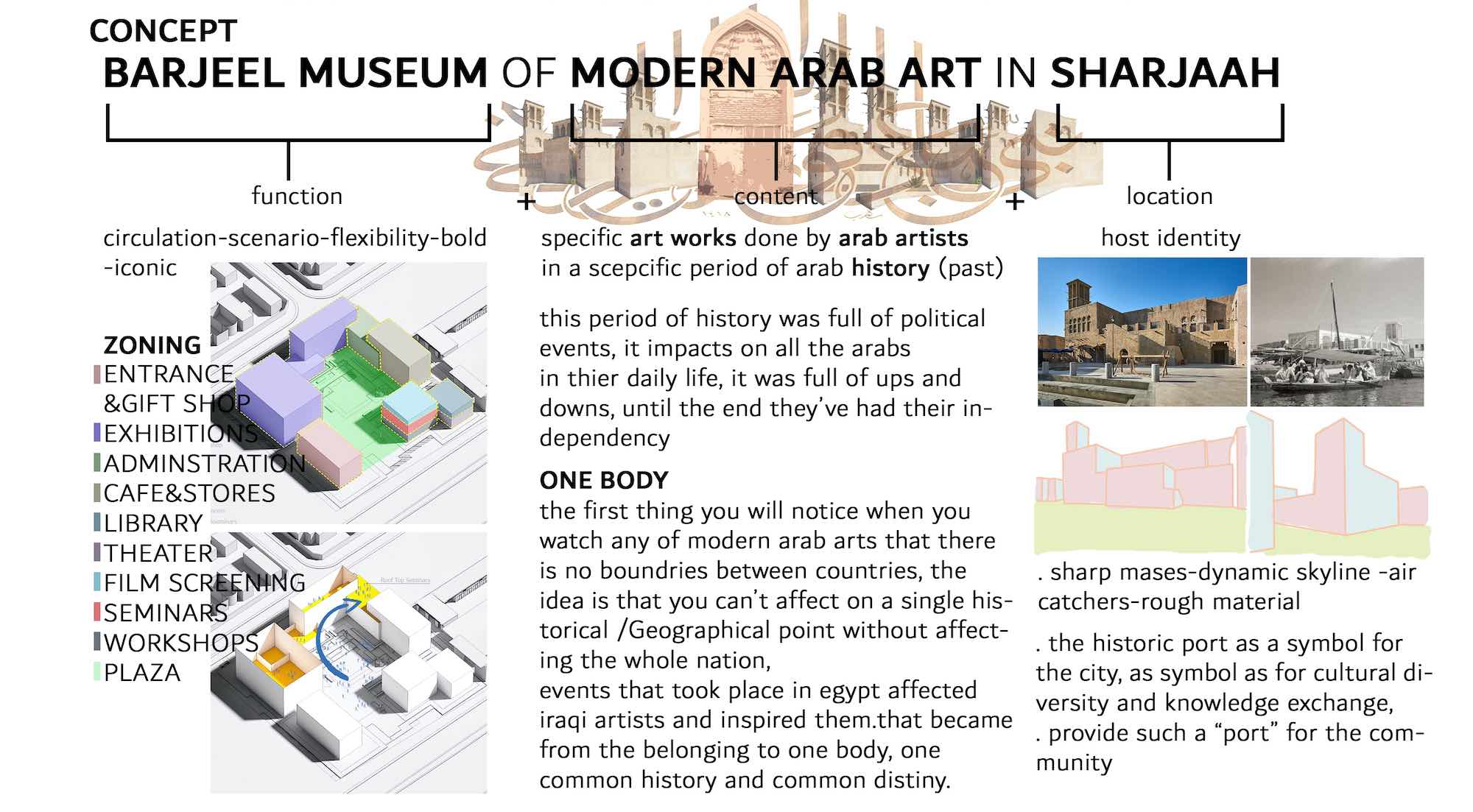 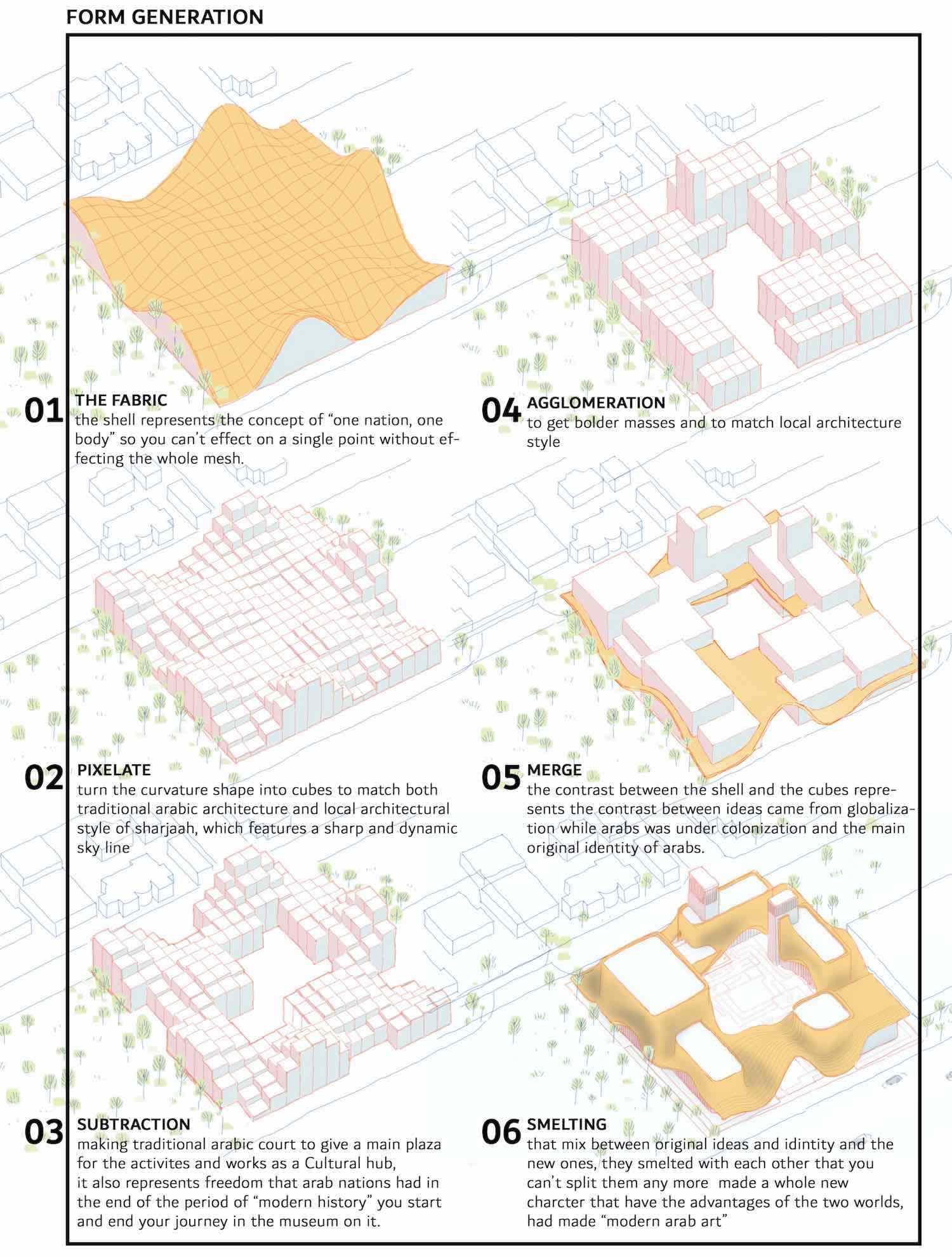 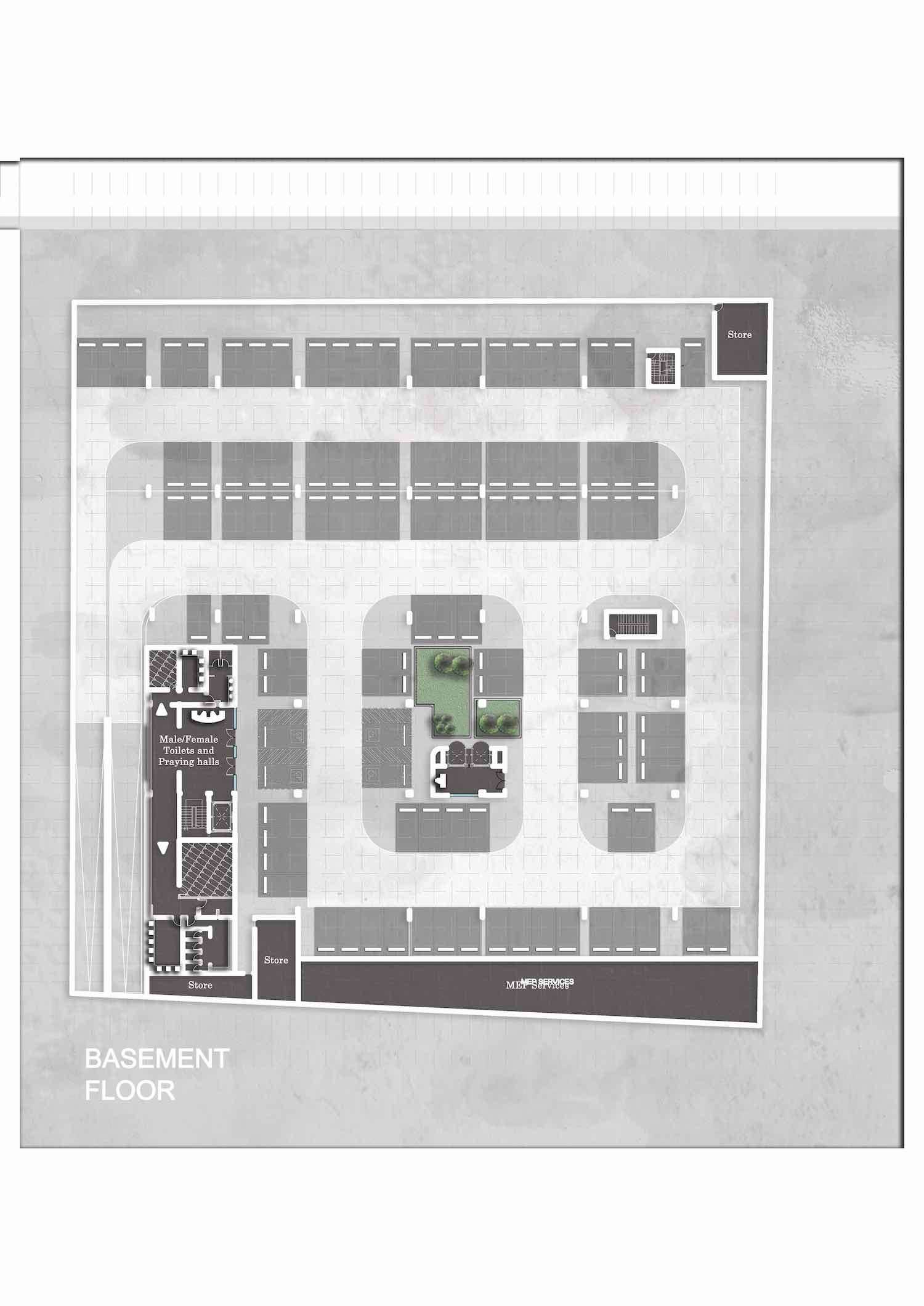 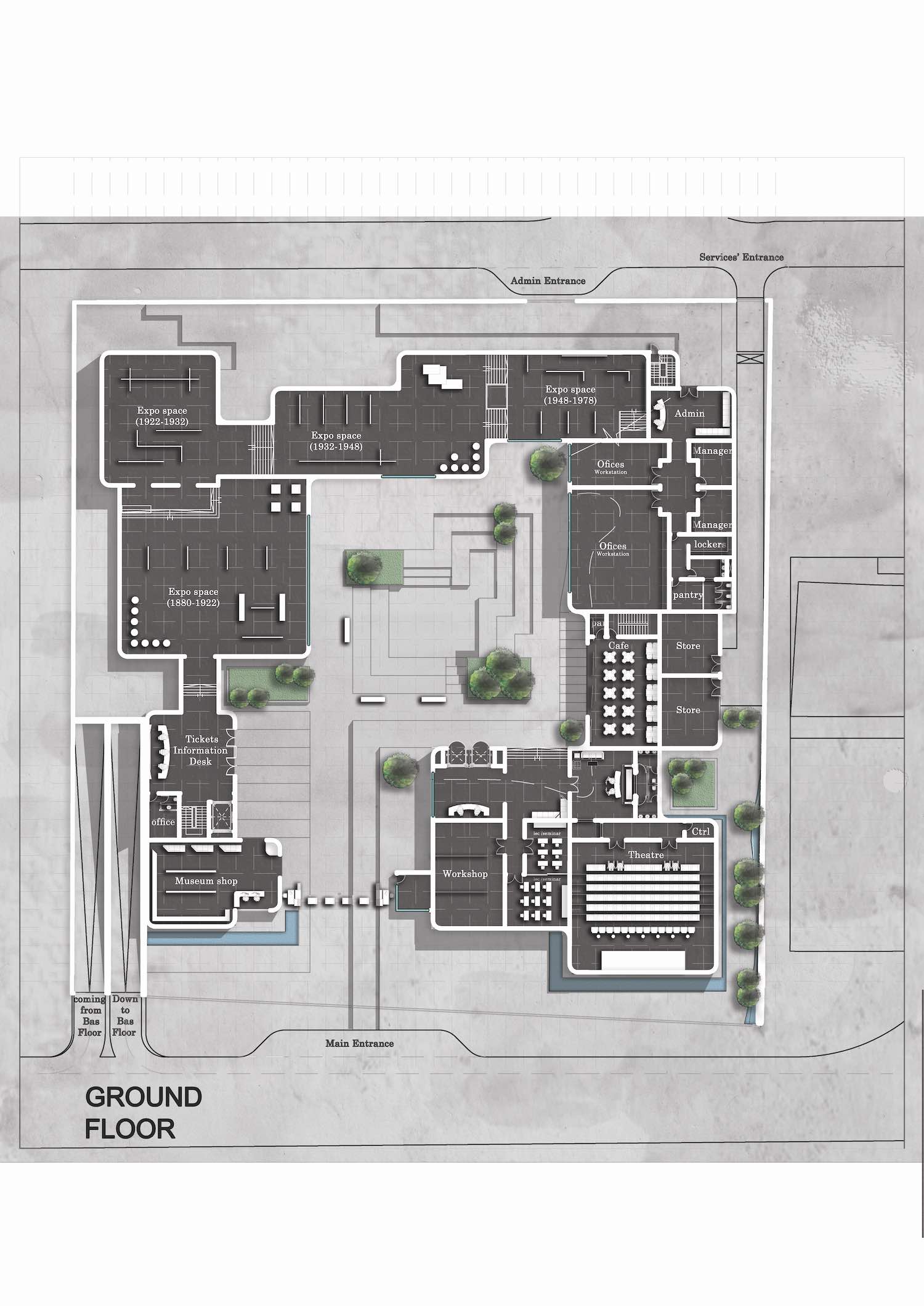 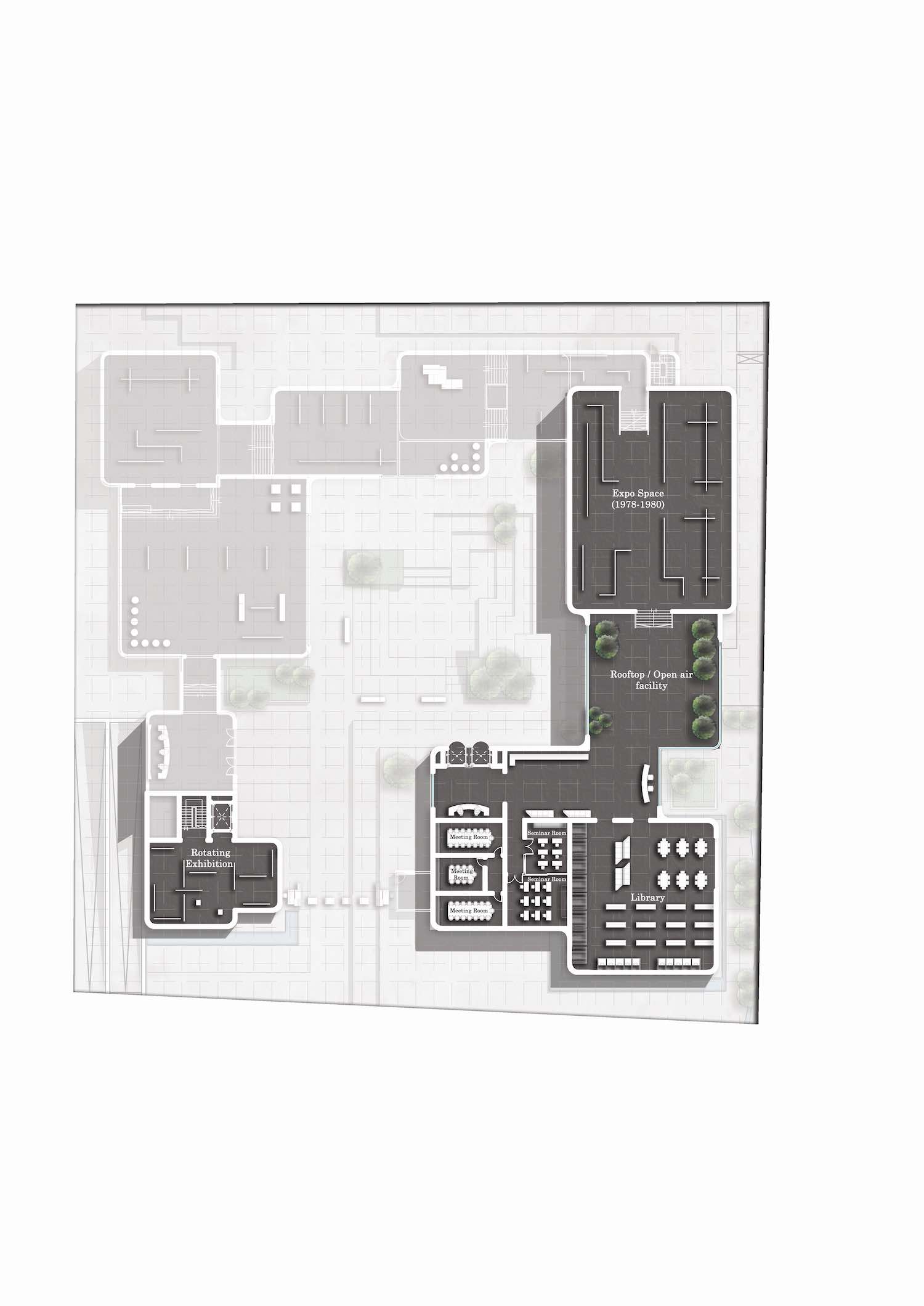 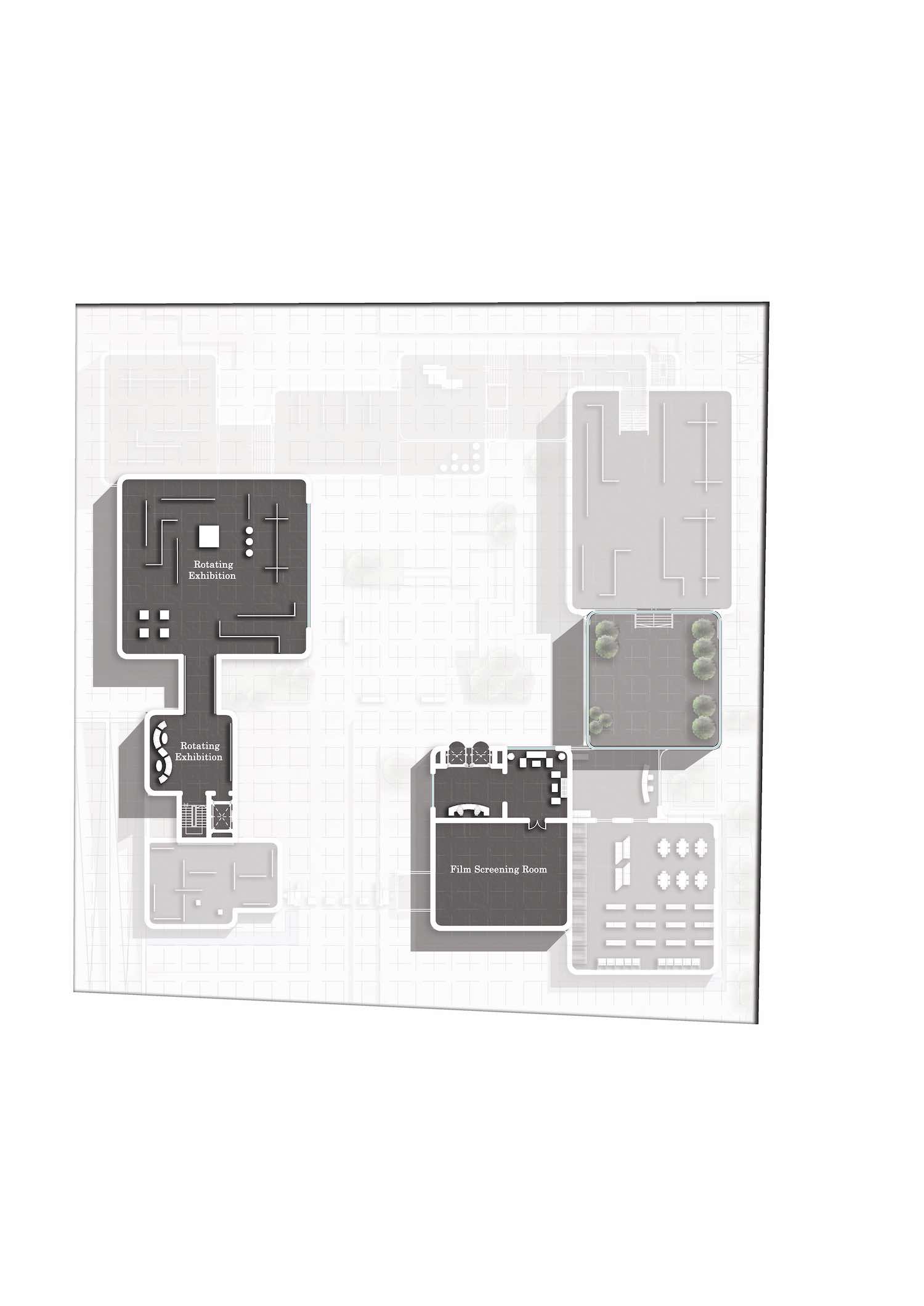 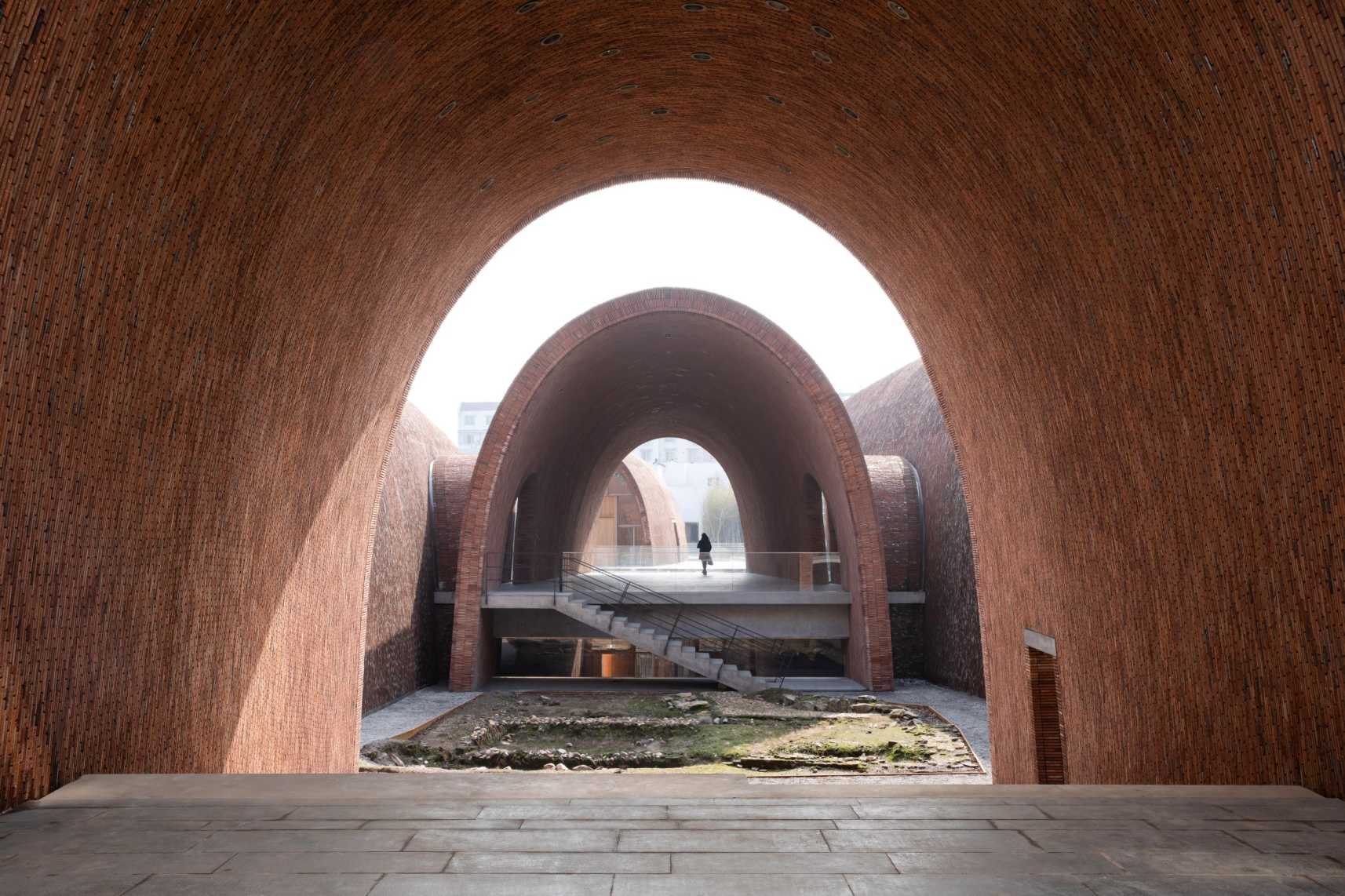 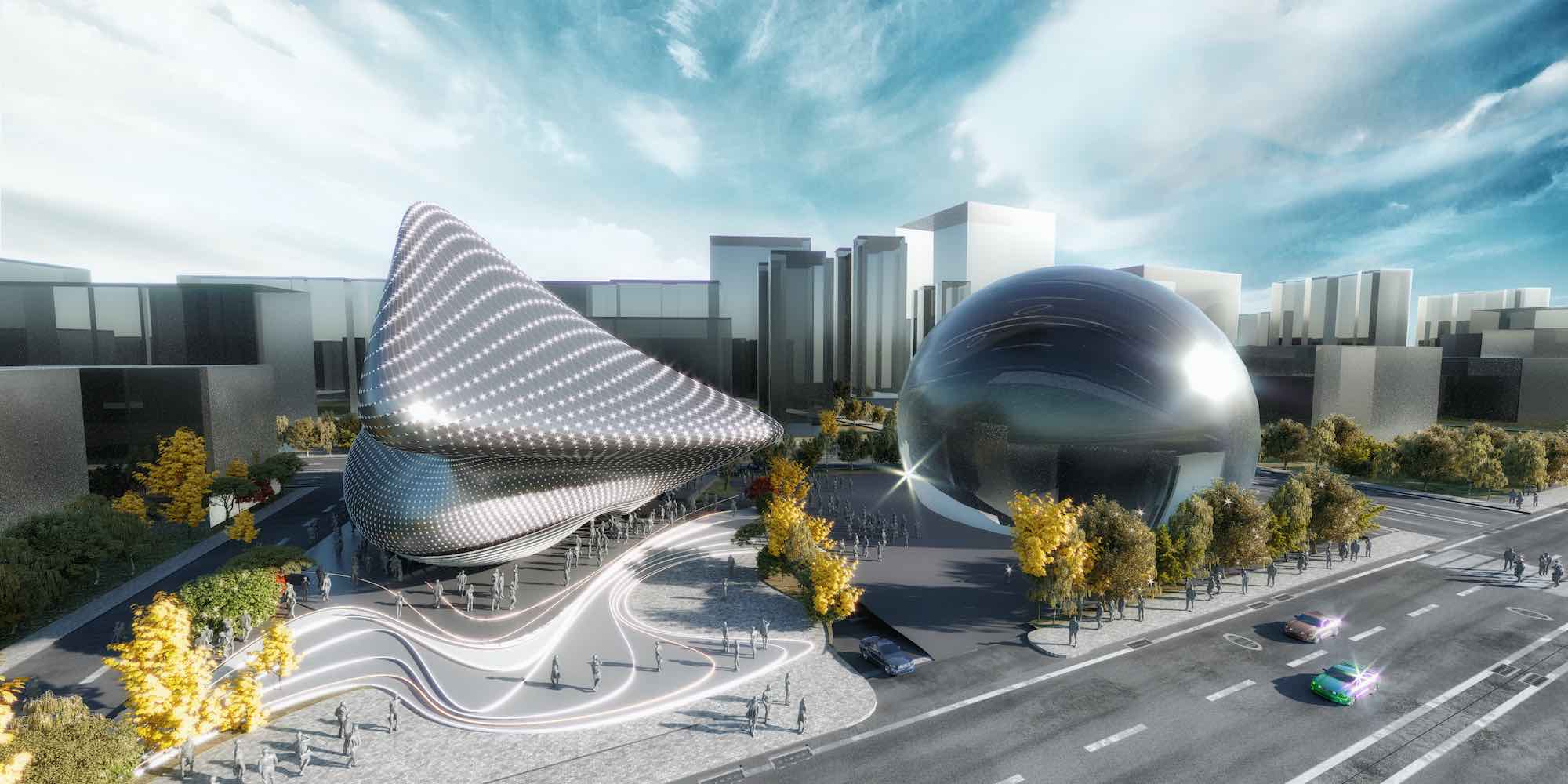 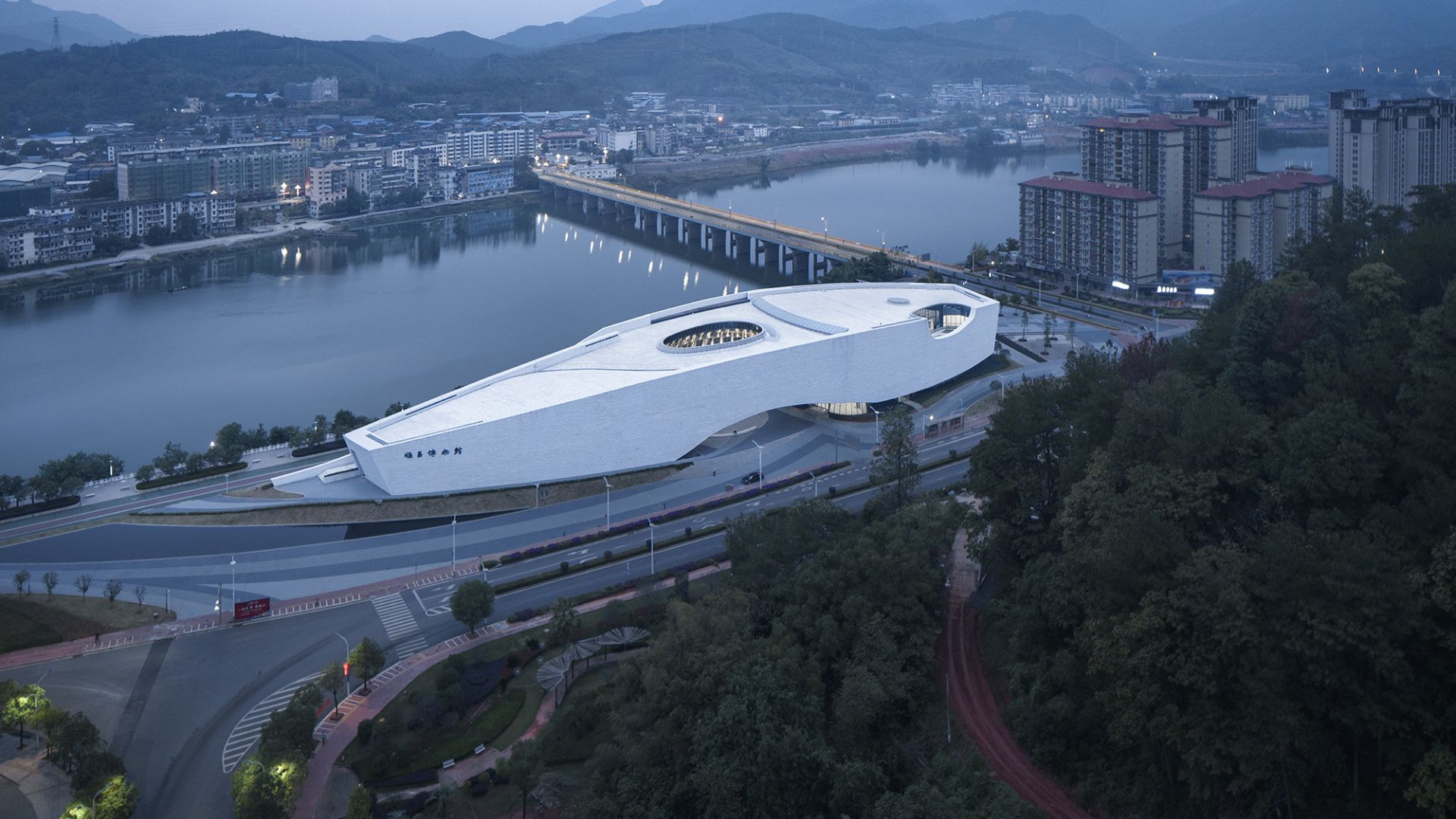 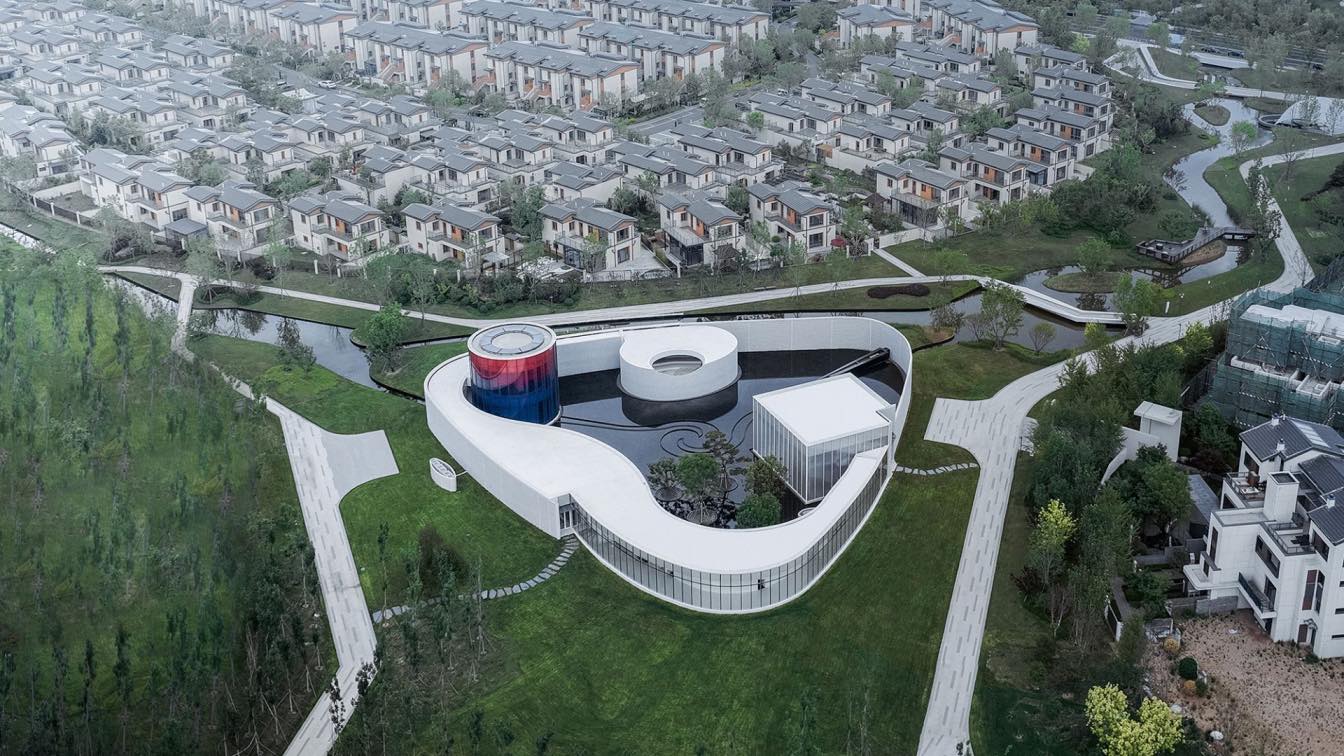