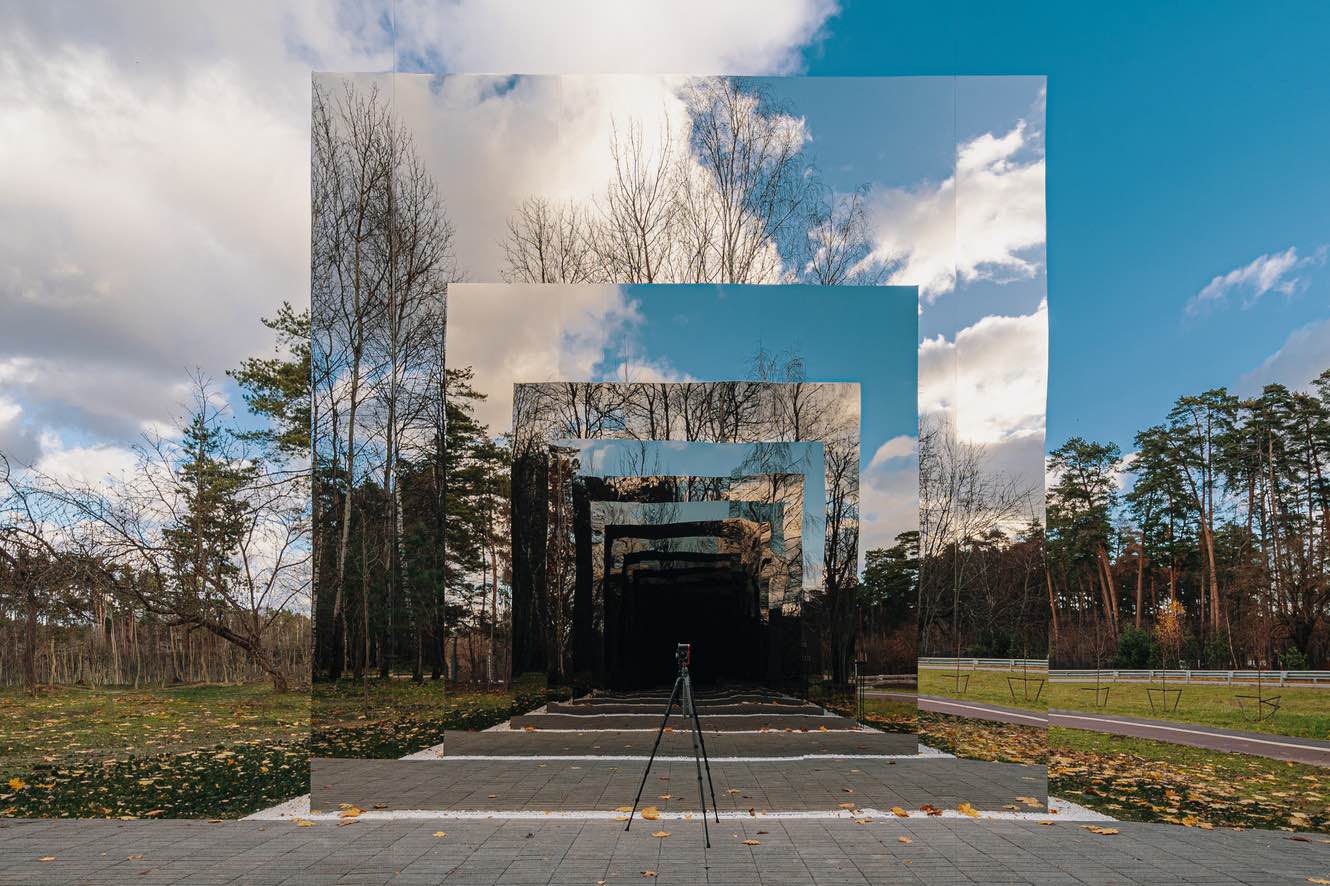 Located in the Moscow region, near the settlements of Barvikha and Nemchninovka, a park named after Kazimir Malevich has opened its doors to the public. These countryside landscapes were not only the artist’s favourite vacation spots, but also served as inspiration for his later acquired figurative style, which marked the beginning of a new chapter in his art. One of the key elements of the park is a site-specific sculptural work of the same name “Malevich,” created by Gregory Orekhov.

Orekhov’s “Black Square” is the first large-scale monument created in memory of Kazimir Malevich, and a unique example of a contemporary Russian sculpture. Orekhov considered the sculpture’s captured volume and intentionally preserved its “unnaturalness” against the backdrop of the park, which is the most important characteristic of the object. Orekhov masterfully integrates the work of art within the built environment, all the while connecting the viewer to the architectural space of the landscape.

Divided into two parts, Orekhov’s “Black Square” acts as a passageway into the park. The object itself is quite utilitarian in its nature. According to the artist’s idea, once we enter the “square”, we find ourselves at a crossroad — to either enter the park or enter infinity, a crossing between what occurs in real-life and hundreds of its unfulfilled variations.

Orekhov was able to achieve this by placing two full-length mirrors made of polished stainless steel into the two halves of the cube. The steel sheets made in the artist’s studio have no analogues in Russia, while the surface polishing was achieved with the highest level of processing. Nevertheless, the technique is applied against itself, against the course of historical time, against progress, as a means of overcoming history and returning to the beginning of nature.

The idea behind the creation of this work derives from and continues the philosophy of the most notable cultural figures of the avant-grade era of the early 20th century. The invasion of industrial production into the traditional way of living was perceived as a destruction of unity within nature, on which the millennial cultural tradition was based upon. The emulation of nature has long lost its’ value, as the world has gradually grown unstable. At the same time, the advancement in technique, not only deprived art of its claim to truth, but changed the way artists defined their creativity — not as a reflection of the world, but as its real transformation. The representation of sculpture and painting has since been regarded as something “real” — not as duplicates of real things existent in an idealistic space.

“The viewer turns into an accomplice, falling into an endless corridor of reflections. The dynamics of the viewer’s movement become intriguing inside the static figure. The spatial development of the “Black Square” lies within the structure: the transition from Malevich’s two-dimensional form to the three-dimensional form of Orekhov. Yet, a different universe emerges inside the sculpture — a multidimensional space that resembles a “laughing room” or the sci-fi/horror “Cube,” writes curator and art critic Mikhail Sidlin. “Gregory Orekhov is perhaps the only Russian sculptor that works in true post-minimalism spirit: he combines a crude form with a theatre of emotions that ultimately draw one in.”

Lives and works in Moscow. From an early age, Gregory studied under his father — Yuri Grigoryevich Orekhov, an outstanding sculptor, Academician and People’s Artist of Russia.

Gregory Orekhov’s work can be found in the collections of the Russian museum and MAMM, as well as in private collections in the Netherlands, USA, Italy and Jordan. In 2017 Gregory presented his work at the Saatchi Gallery in London.

Gregory Orekhov is known for his public-art projects in Russia and abroad: on the eve of 2018, Orekhov installed a 4-meter high sculpture titled “Agatha” at the main entrance of home department store GUM on Red Square. In December 2019, the sculpture organically blended into the architectural ensemble of Stoleshnikov Lane and now adorns the city- centre. In 2019, Gregory Orekhov became the first contemporary artist, whose work was exhibited in the historical space of the Peterhof State Museum-Reserve. The sculptural composition entitled “Eternity” was dedicated to the 220th anniversary of the birth of Alexander Pushkin. In 2020, a seven-part marble and fibreglass sculpture entitled “Ovoid 7.1” is exhibited in the Moscow Kremlin Museums as part of the exhibition “Carl Faberge & Feodor Ruckert.”

As part of the 58th Venice International Biennale, held in 2019, Gregory Orekhov presented a site-specific installation titled “Salvation,” placing several dozen mirror lifebuoys in the garden and on the facade of the Scuola Grande della Misericordia. Additionally, “Agatha” took part in the framework of the parallel program of the Biennale — a group exhibition “Personal Structures- Identities” hosted by the European Cultural Center in Venice. 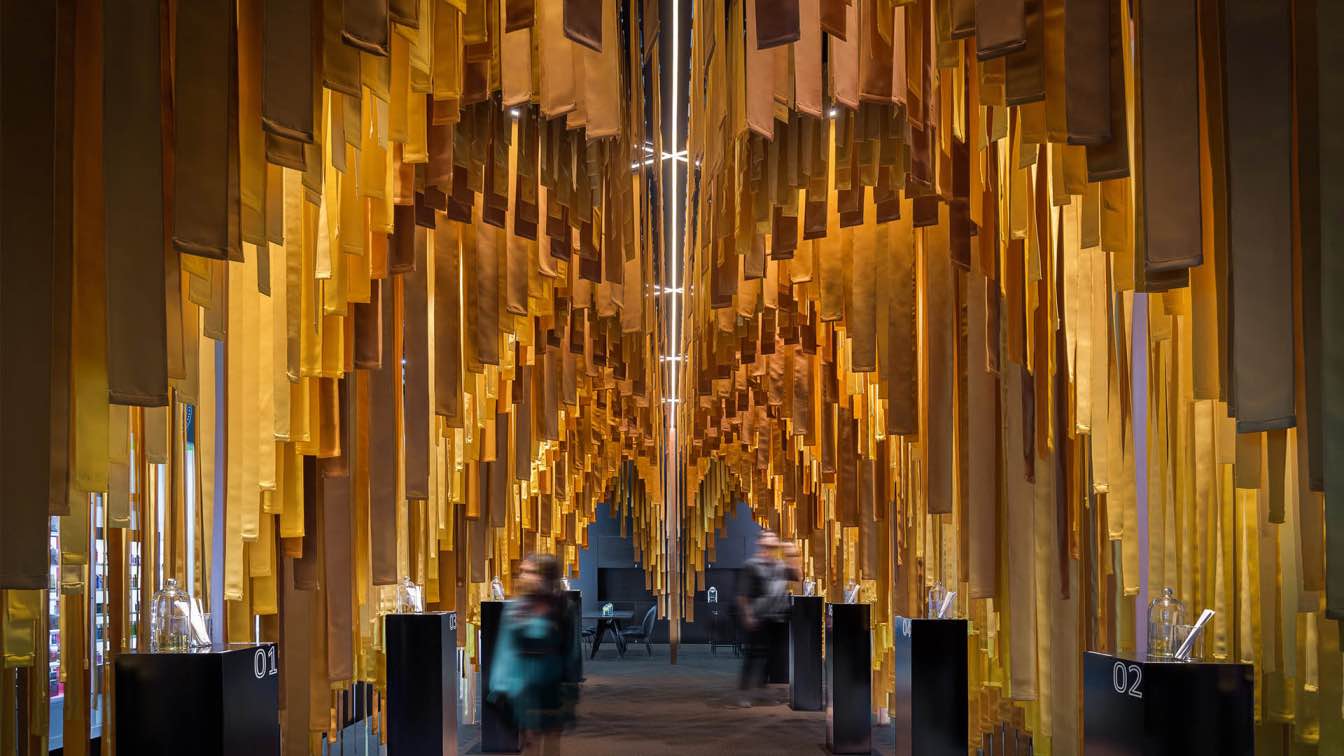 Ötzi Peak 3251m in Italy by noa* network of architecture 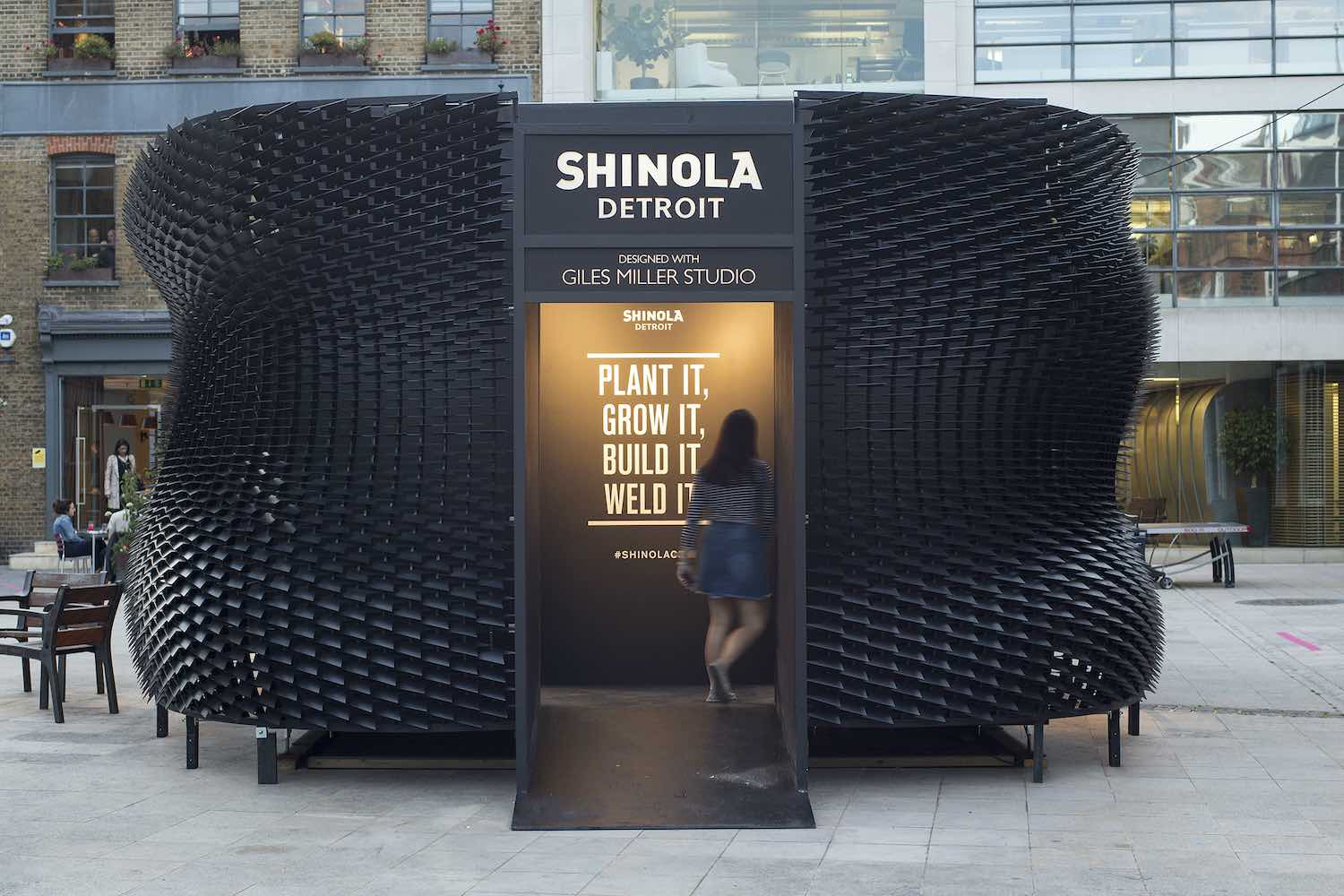 The Bolt by Giles Miller Studio