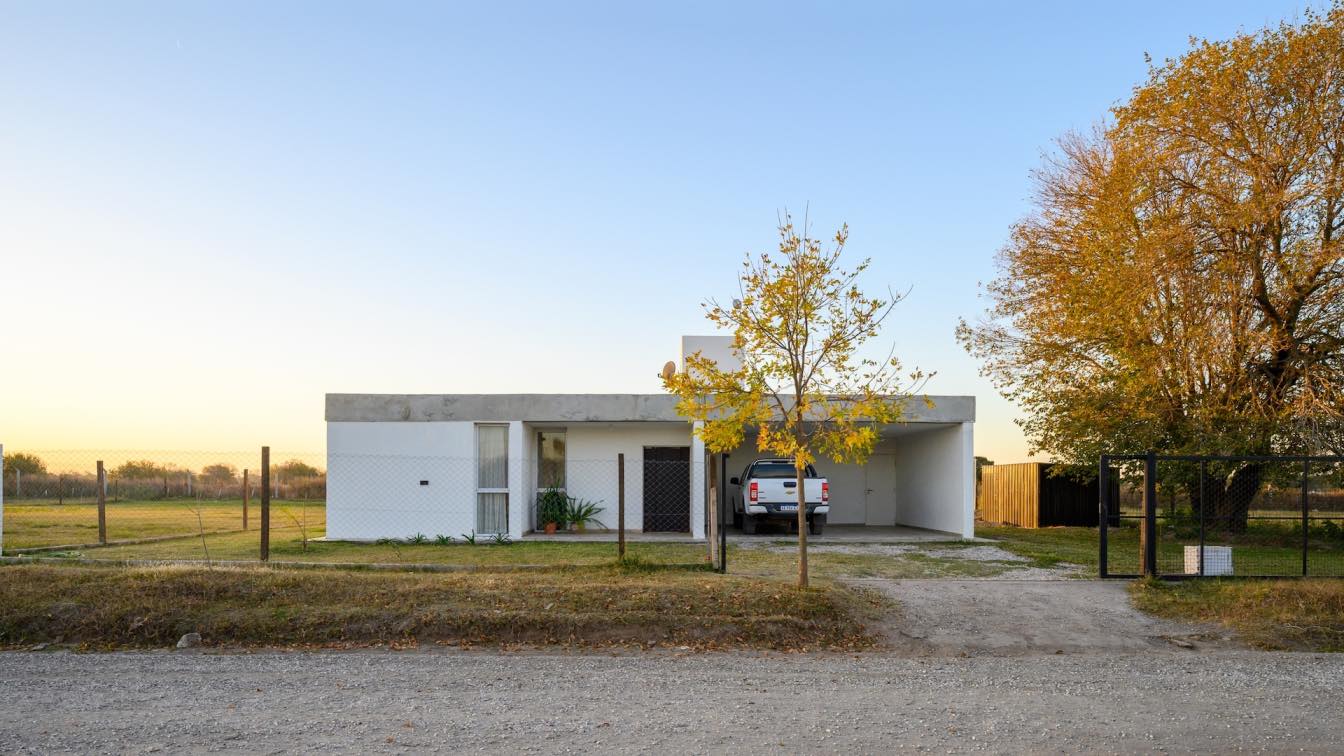 Tomás Gastaldi Arquitecto: The house is located in a peripheral area to the south of the city of Córdoba, in a new urbanization far from the city, surrounded by farms for agricultural production. The challenge when facing this project was: How to intervene in the productive plain landscape of the suburbs of large urban agglomerations?

For this reason, when choosing the construction system, we proceeded through a superficial foundation of reinforced concrete stalls, in such a way as to intervene and damage the productive soil as little as possible. The elevation walls sit on it, crowning with a slab composed of four edge beams and four interior beams that distribute and order the program of the house.

In turn, the land has the presence of two large blackberry trees in one of its perimeter axes, which stand out and accentuate its verticality in the infinite plain landscape, therefore, at the time of implanting the house it was decided to generate a rectangular volume of a single plant, as horizontal as possible, that generates a constant dialogue with the horizon.

Taking into account the orientations, a less permeable facade to the south was chosen, also generating greater privacy with respect to the street, and a more genuine opening towards the patio, taking advantage of the North orientation.

A fluid and dynamic space was thought for the public areas of the house, in constant relationship with the outside through glass surfaces that direct the views, with the intention of bringing the nature of the land inside the house. The roofed gallery acts as a link between the habitable and the natural of the land, it is an expansion of the common areas, which provides shade and spaces for permanence in the open air. 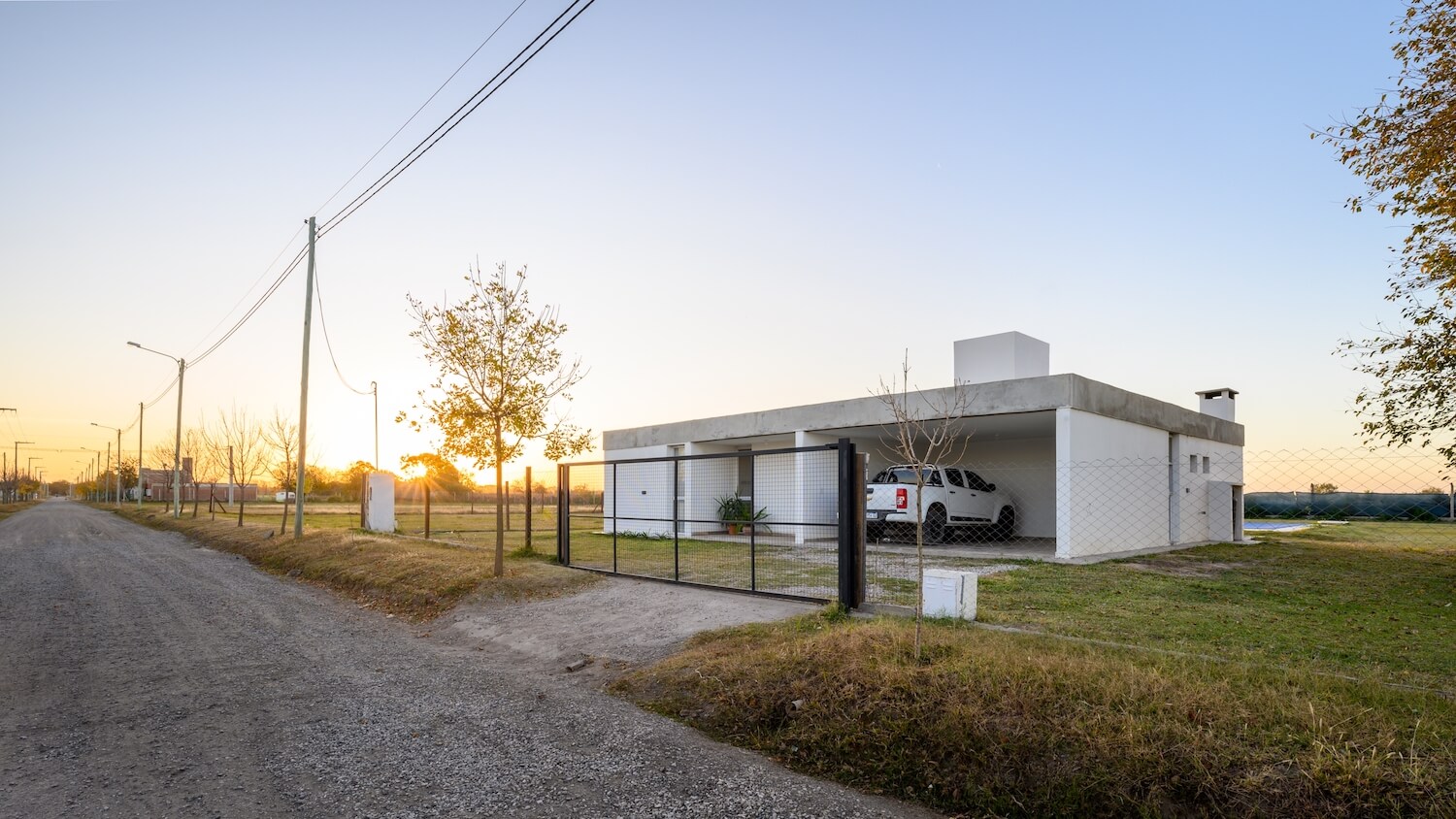 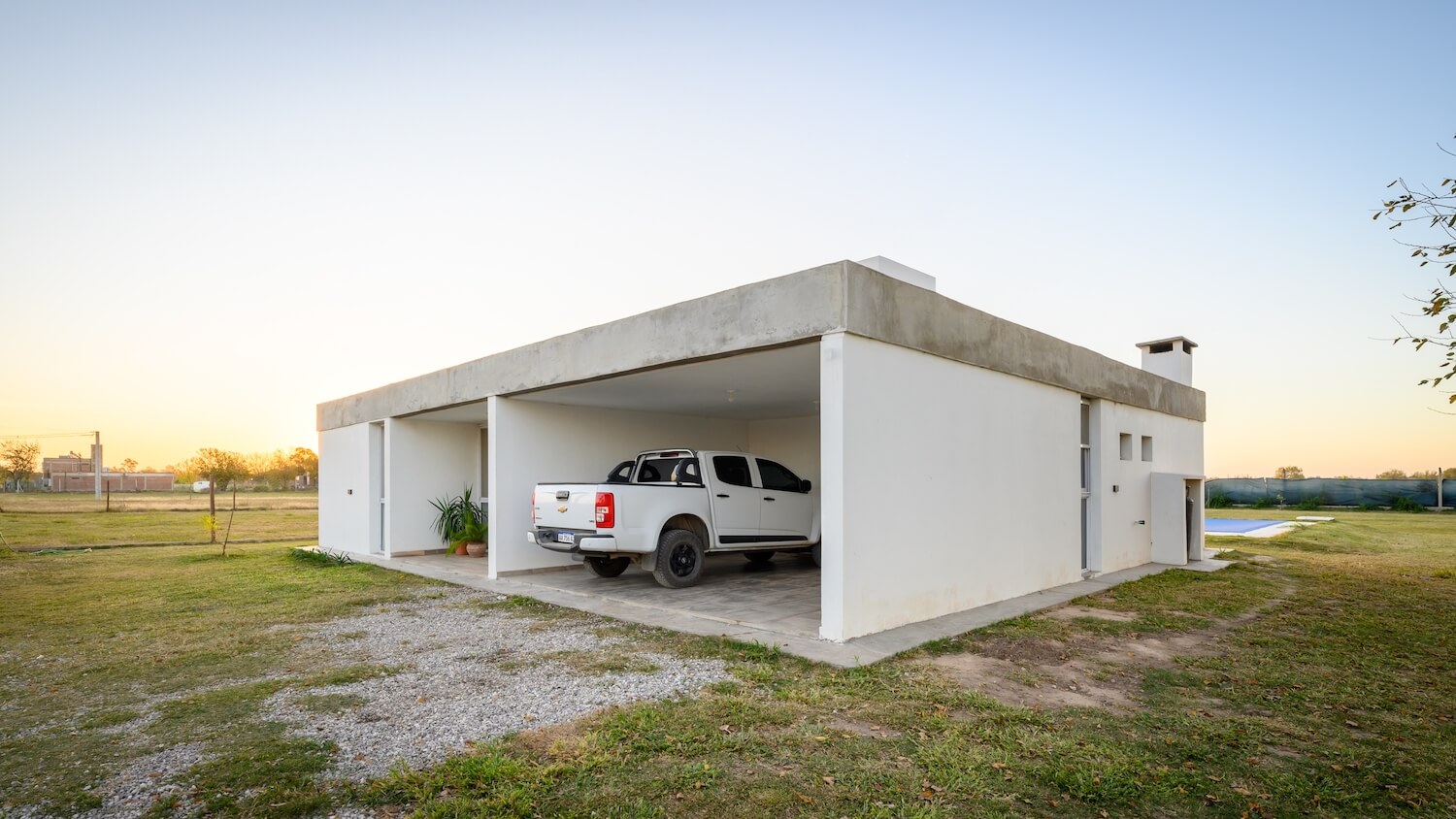 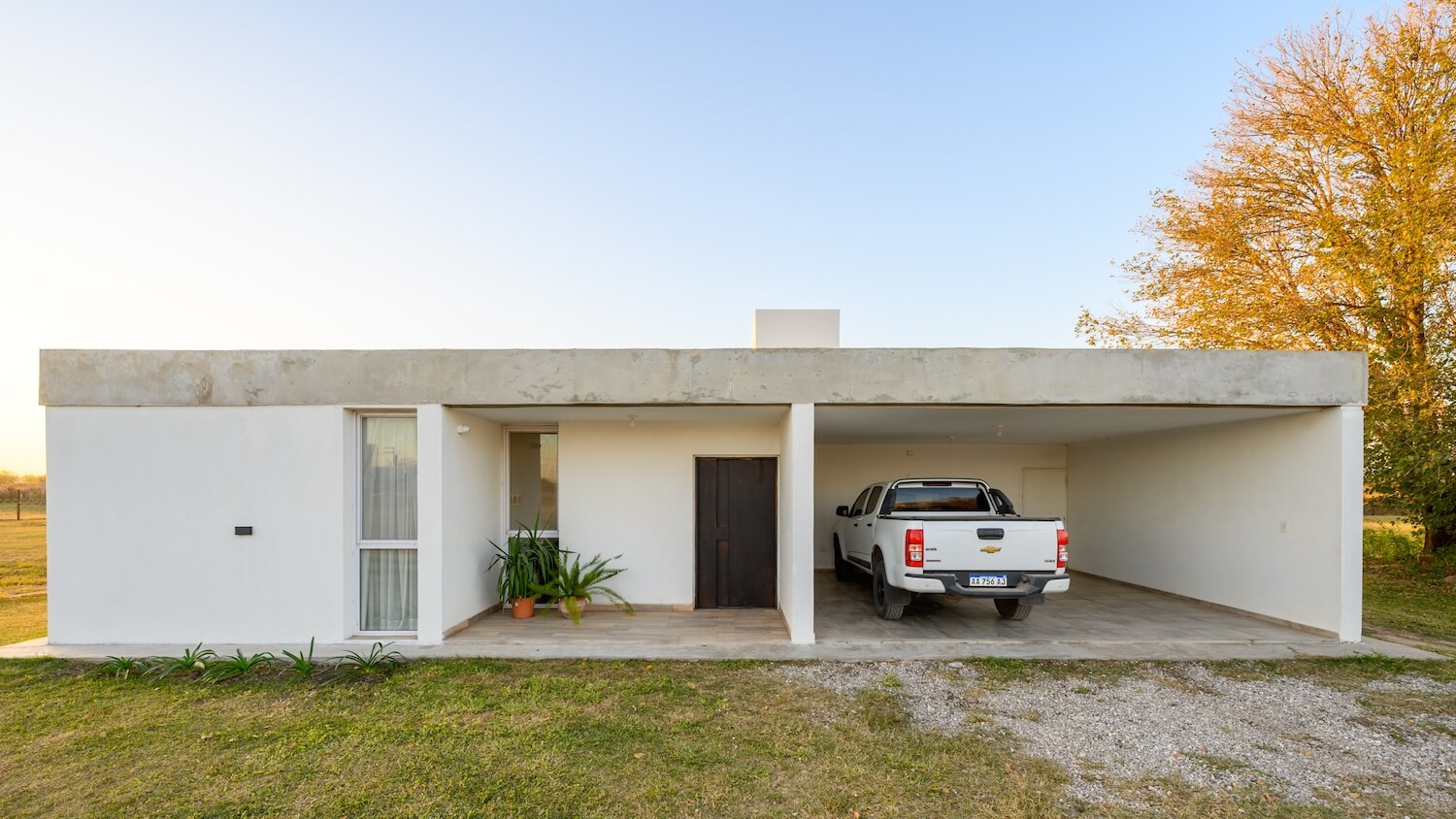 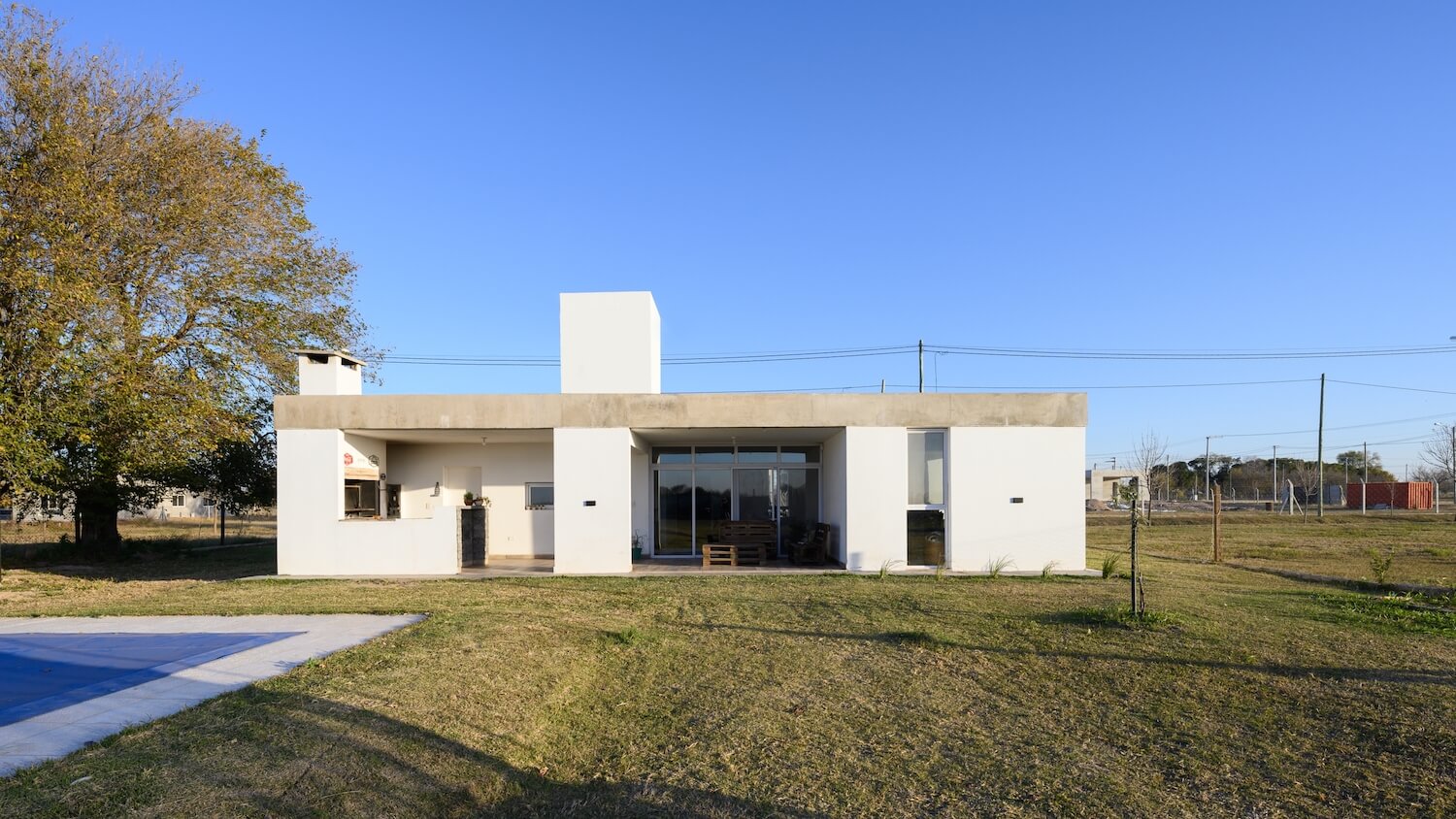 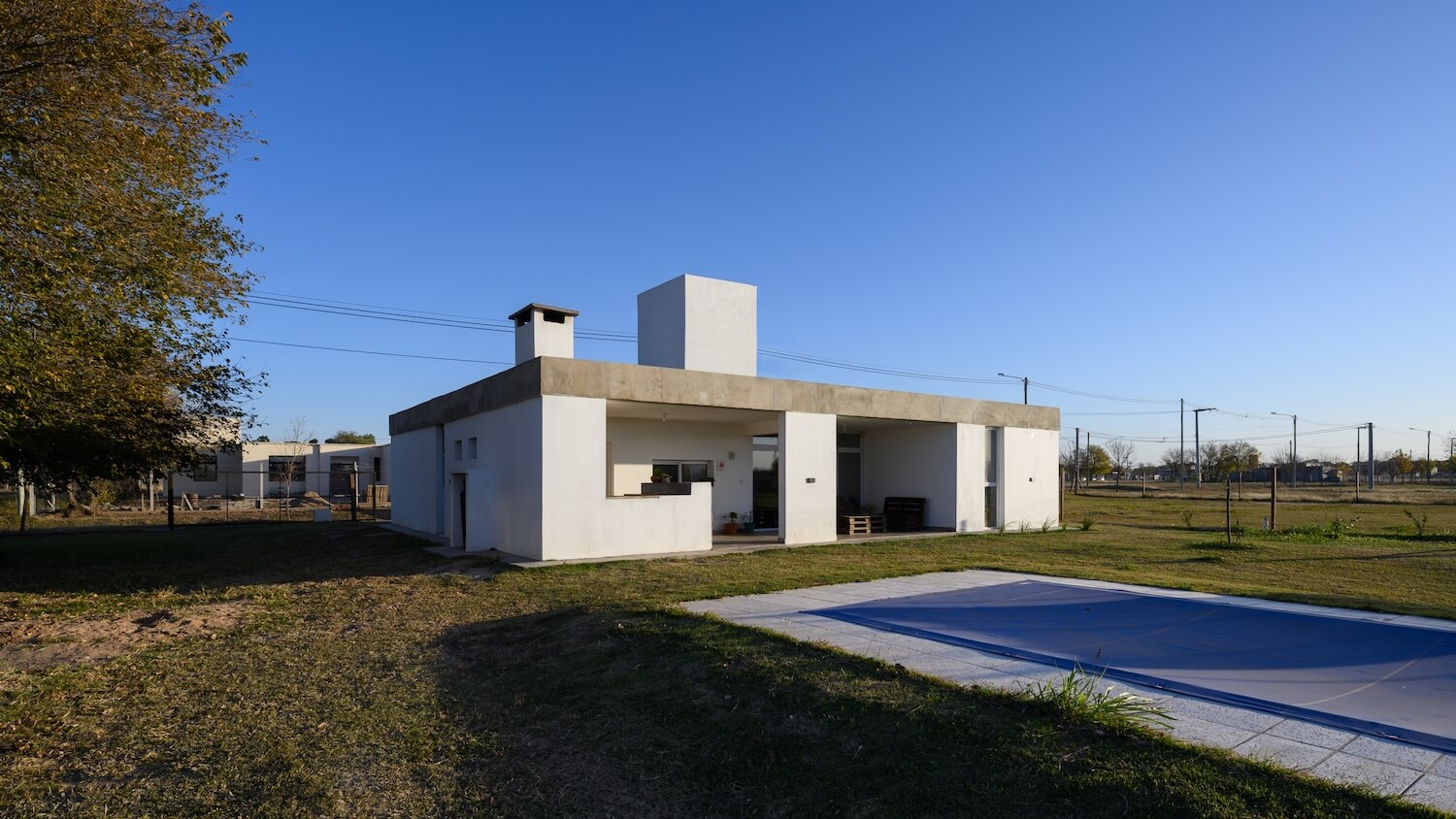 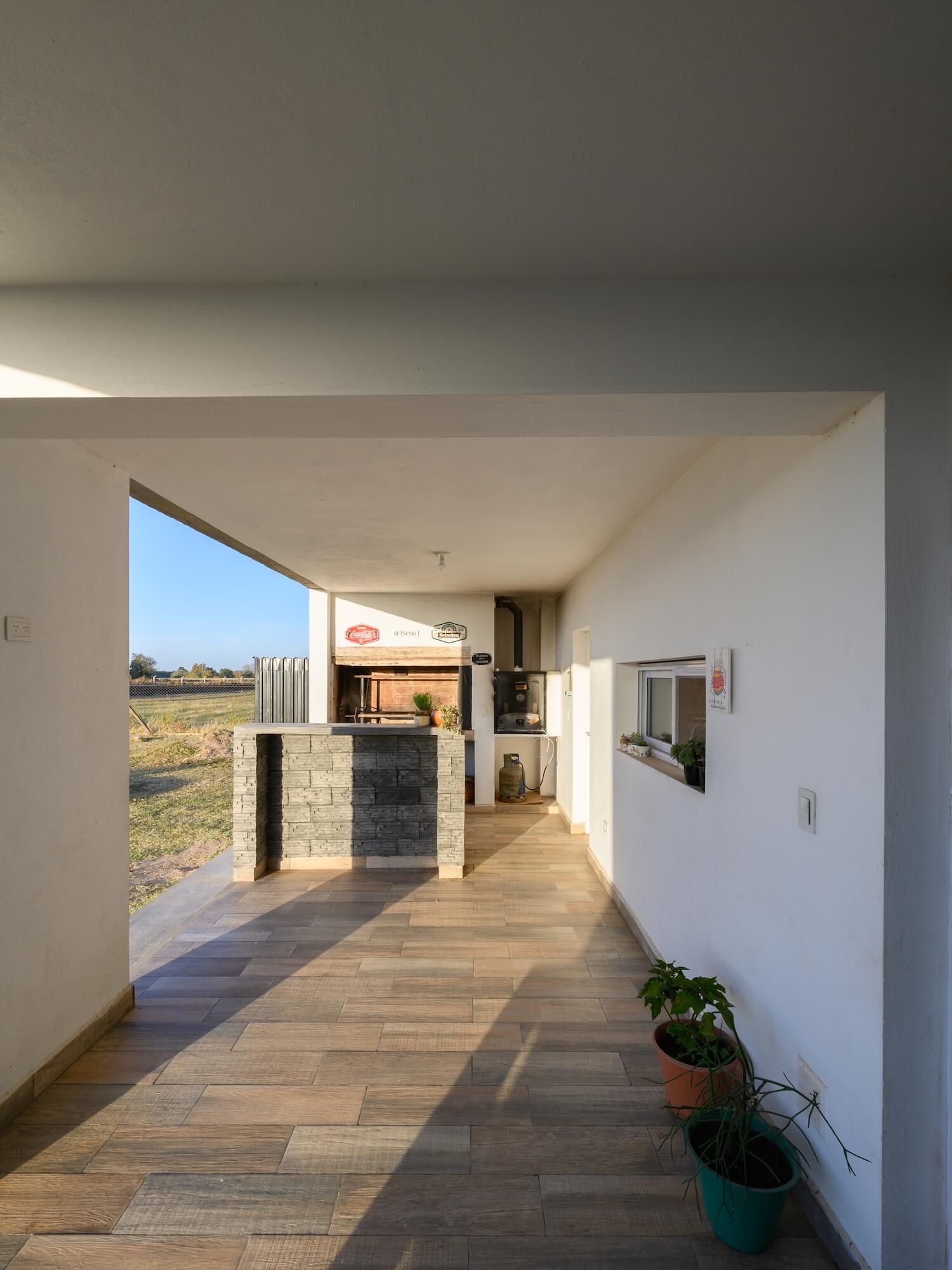 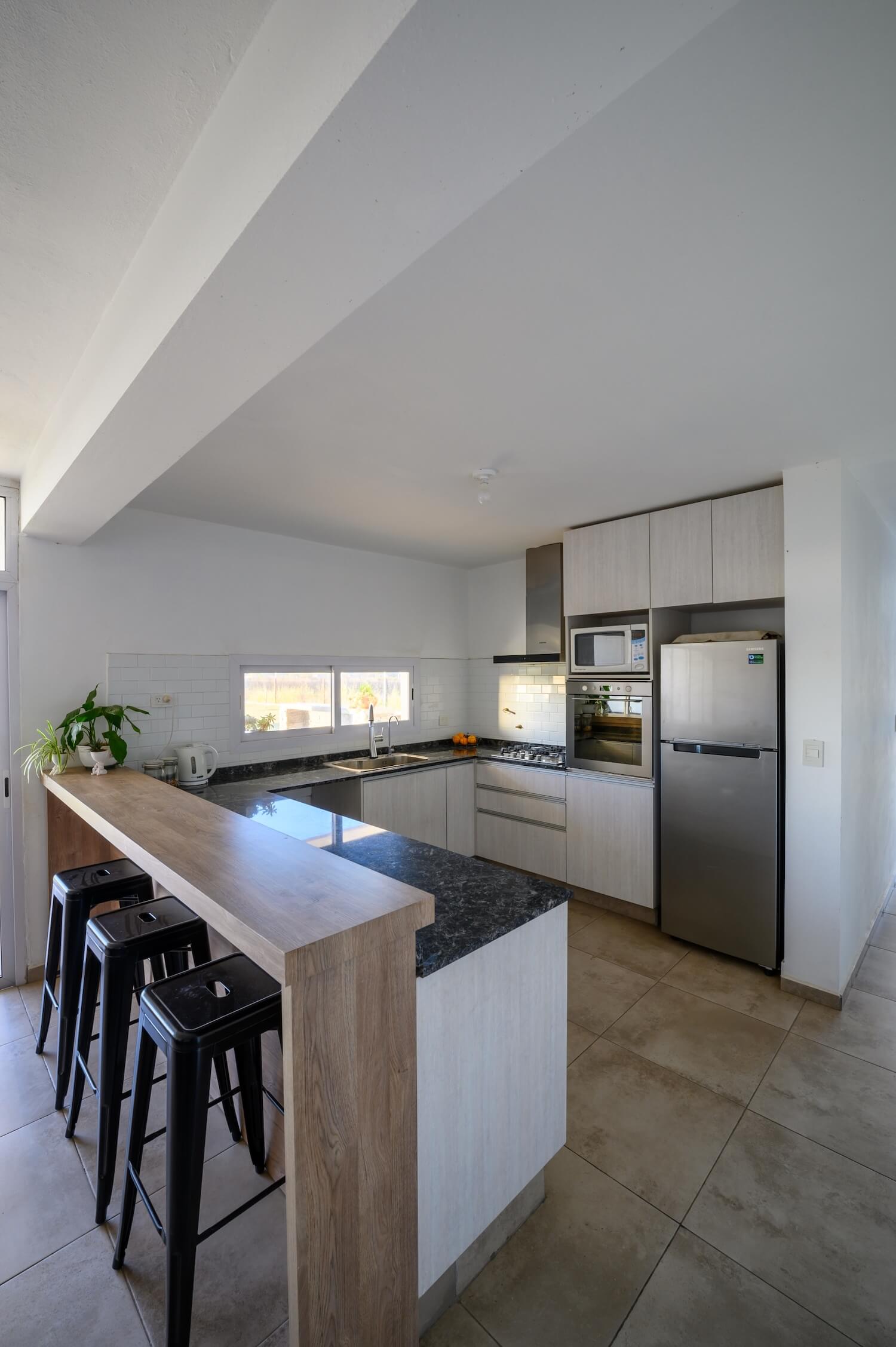 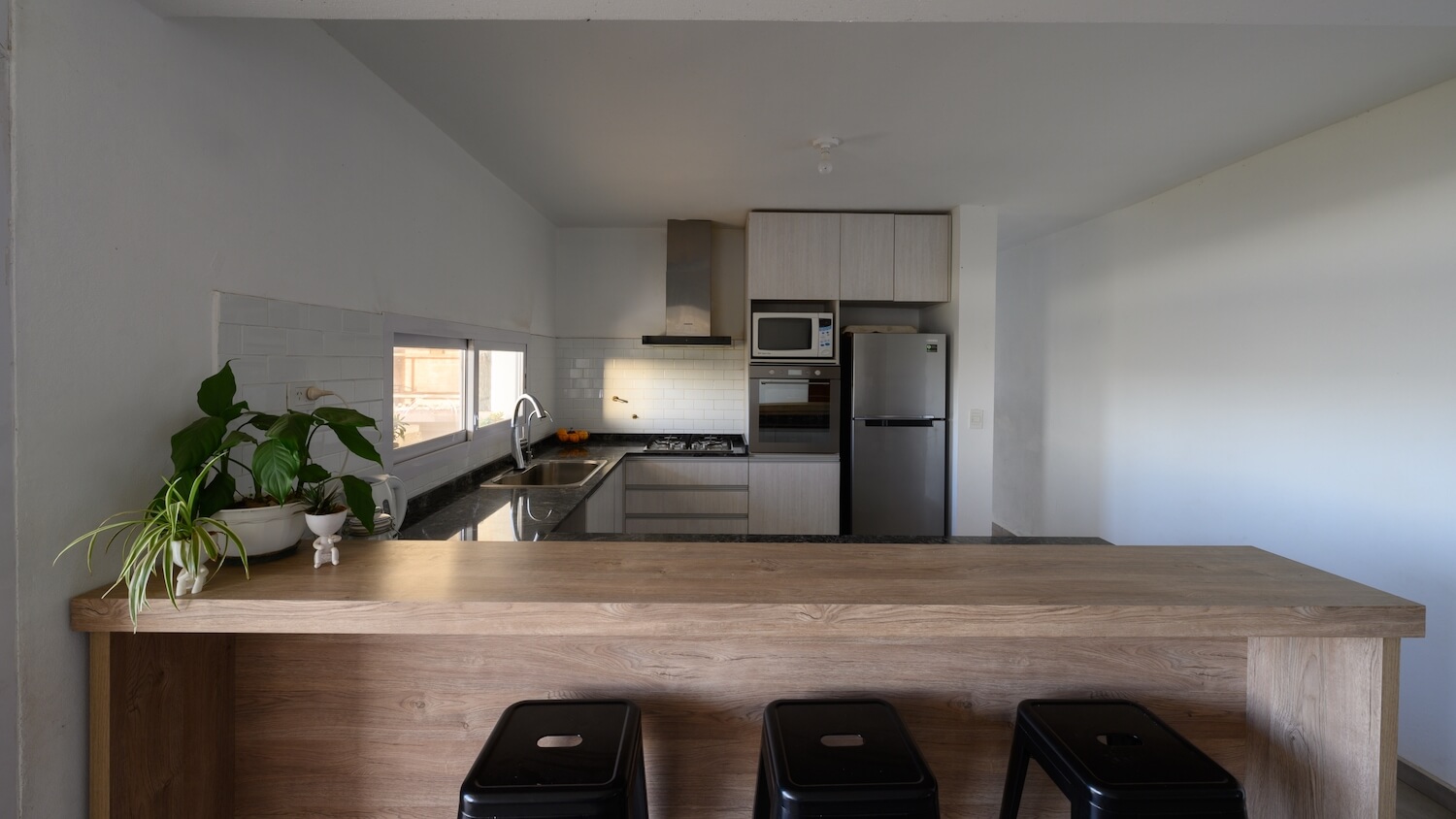 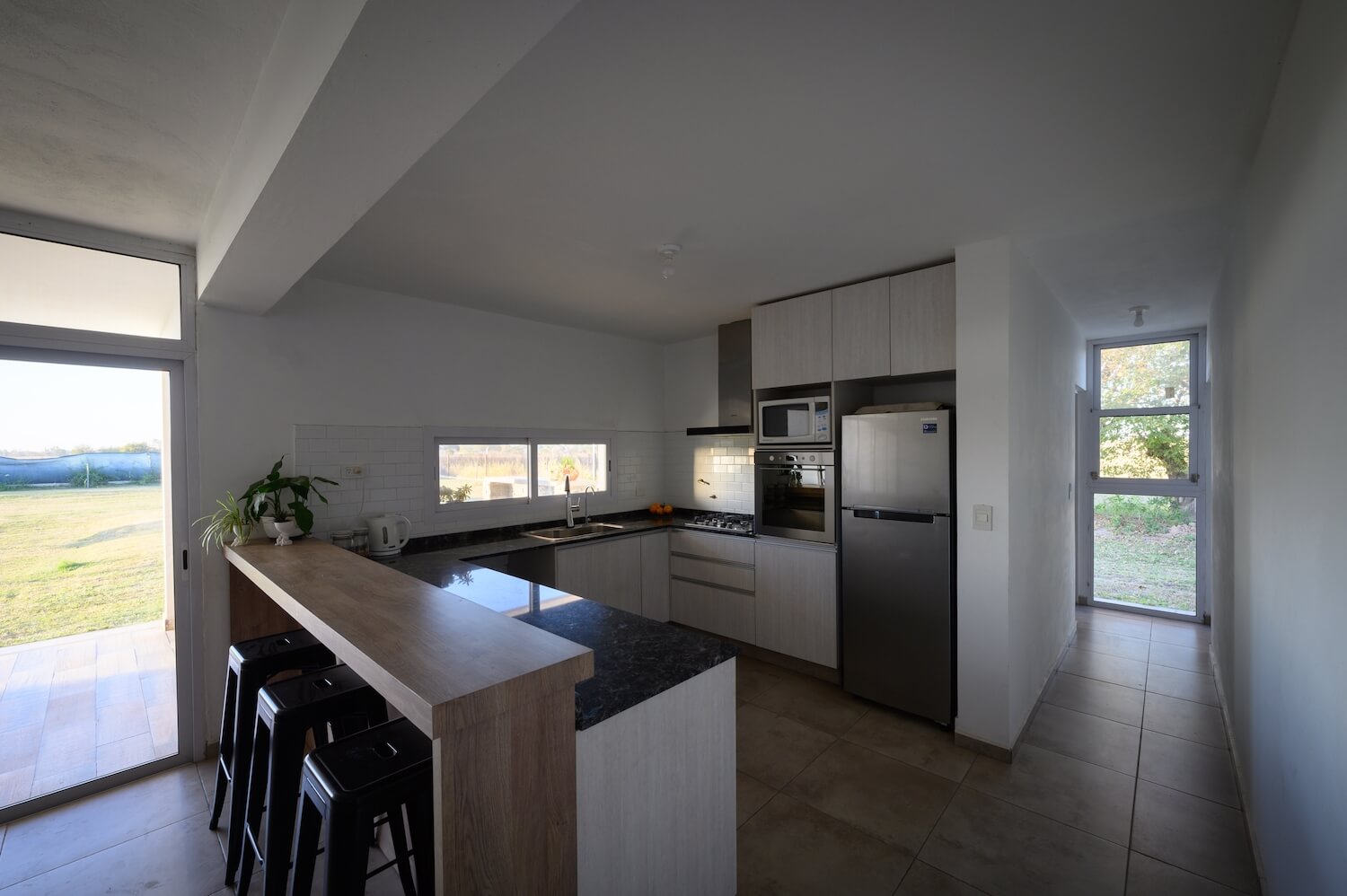 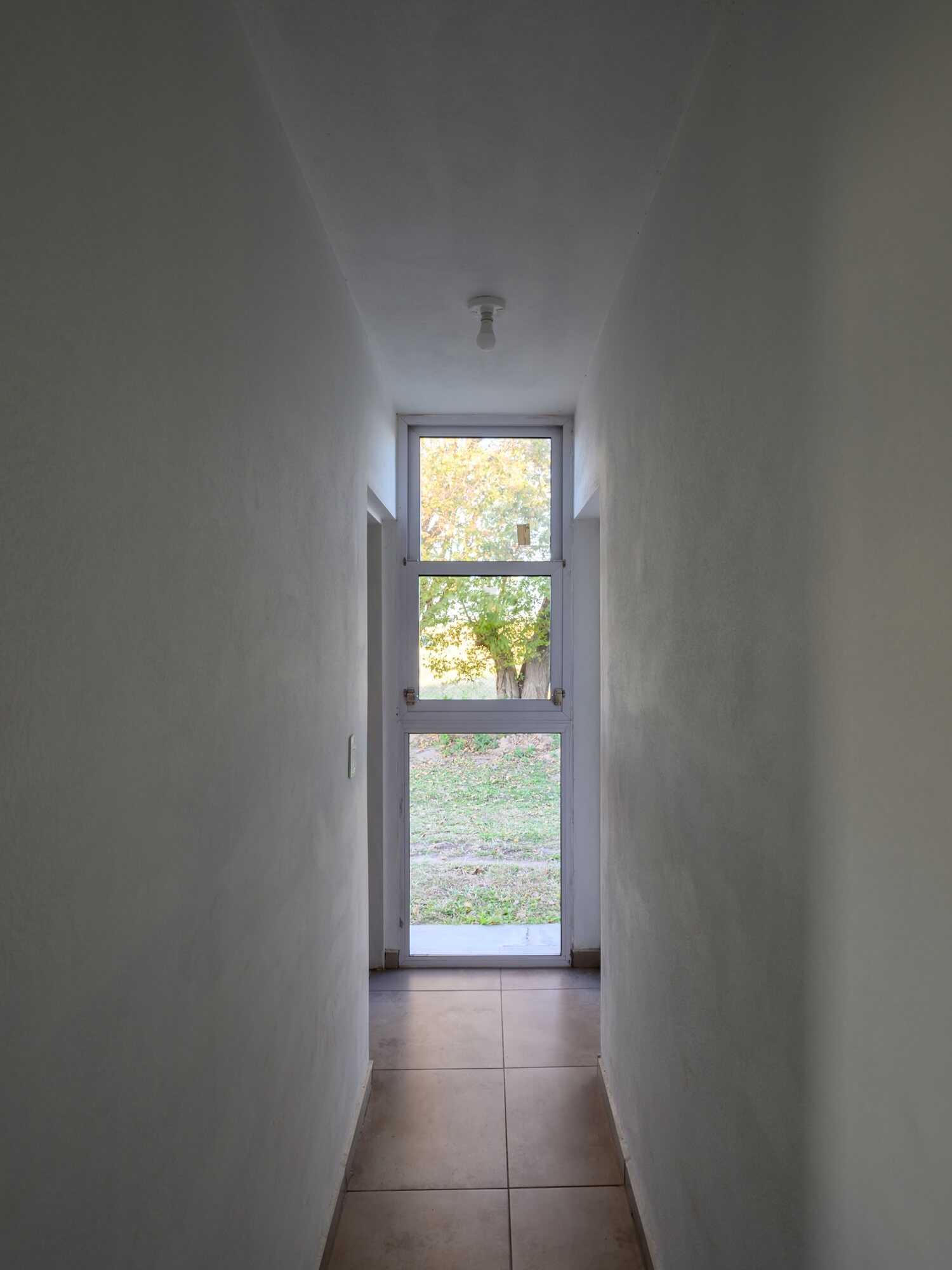 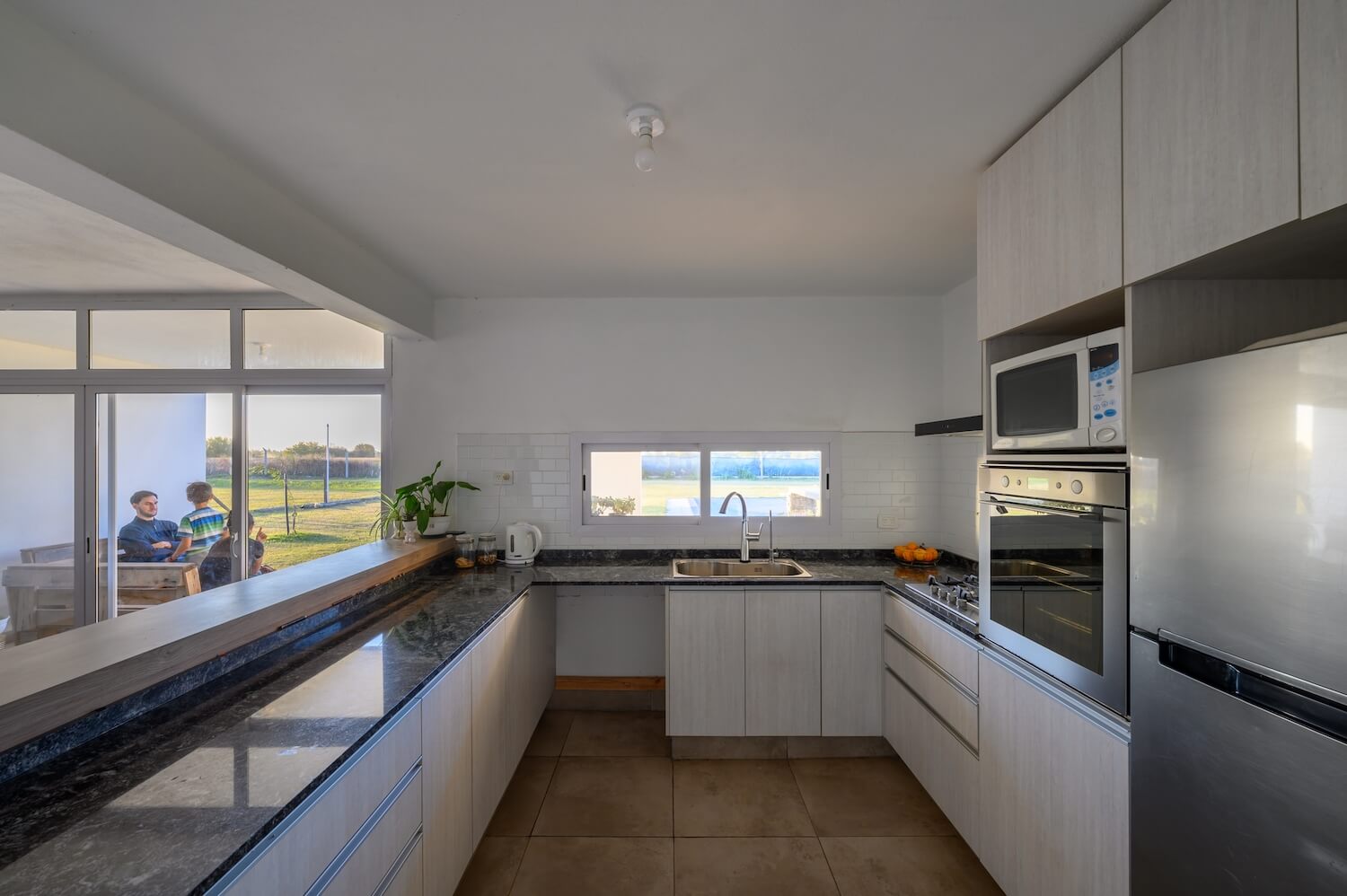 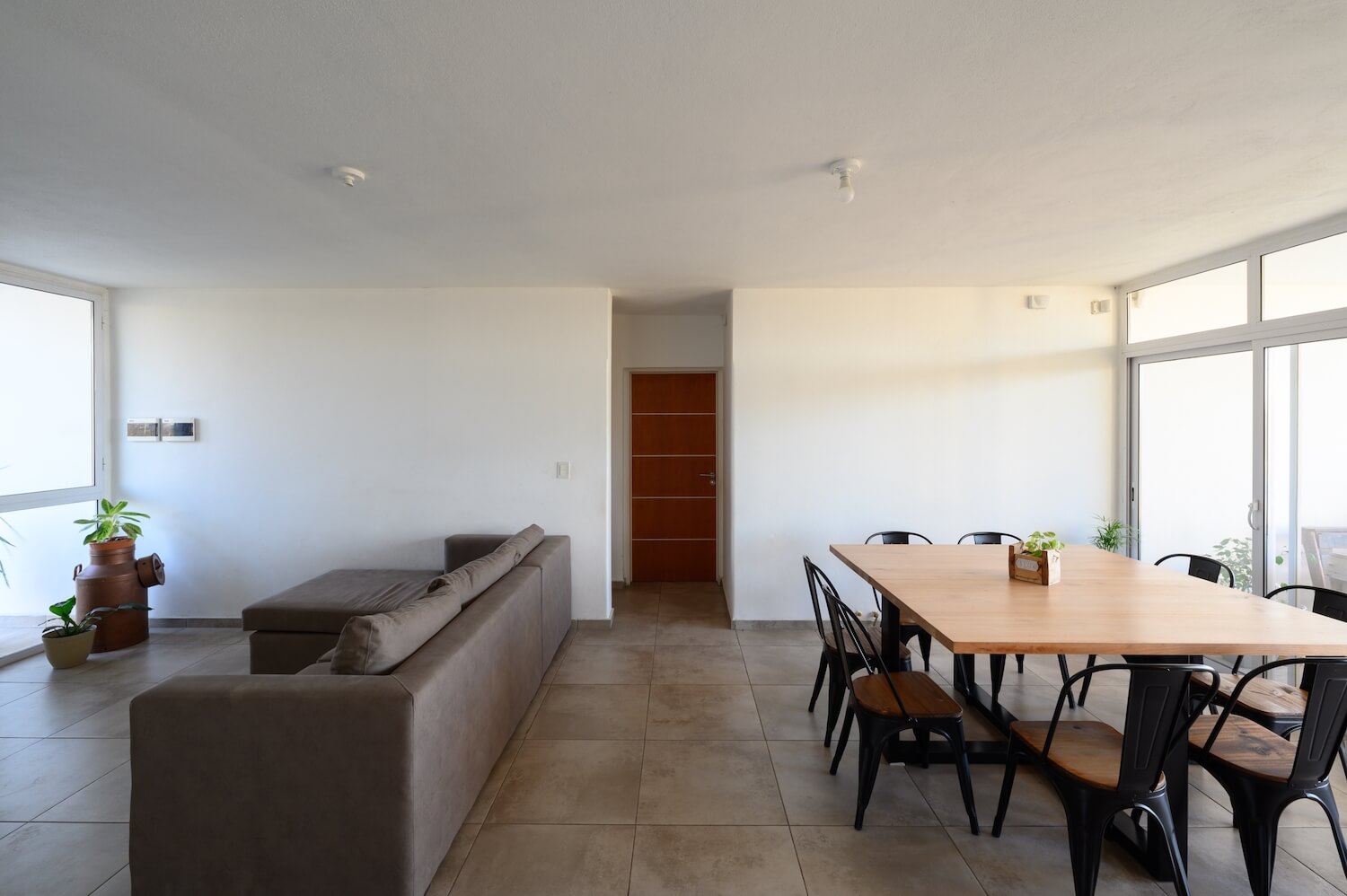 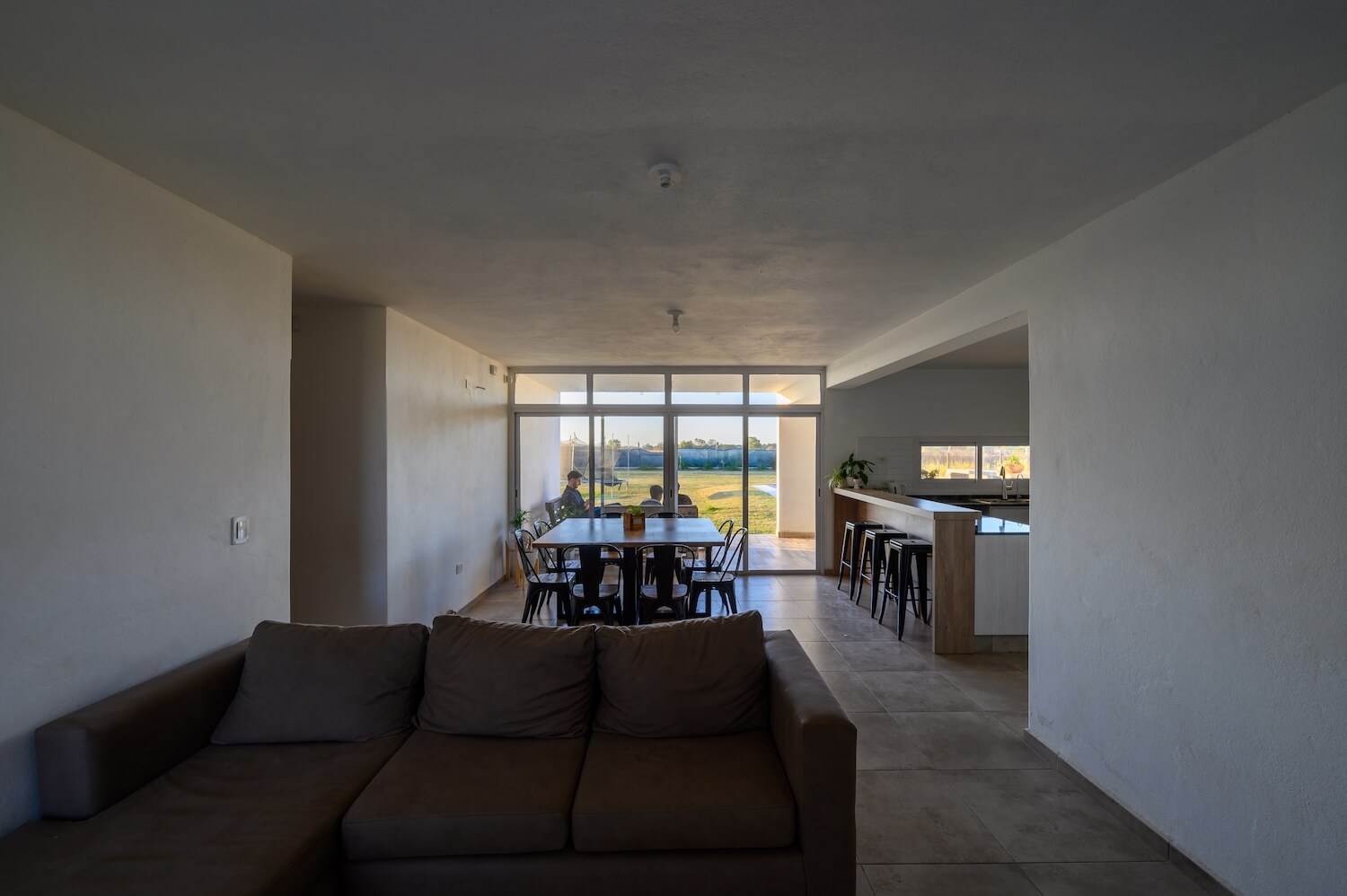 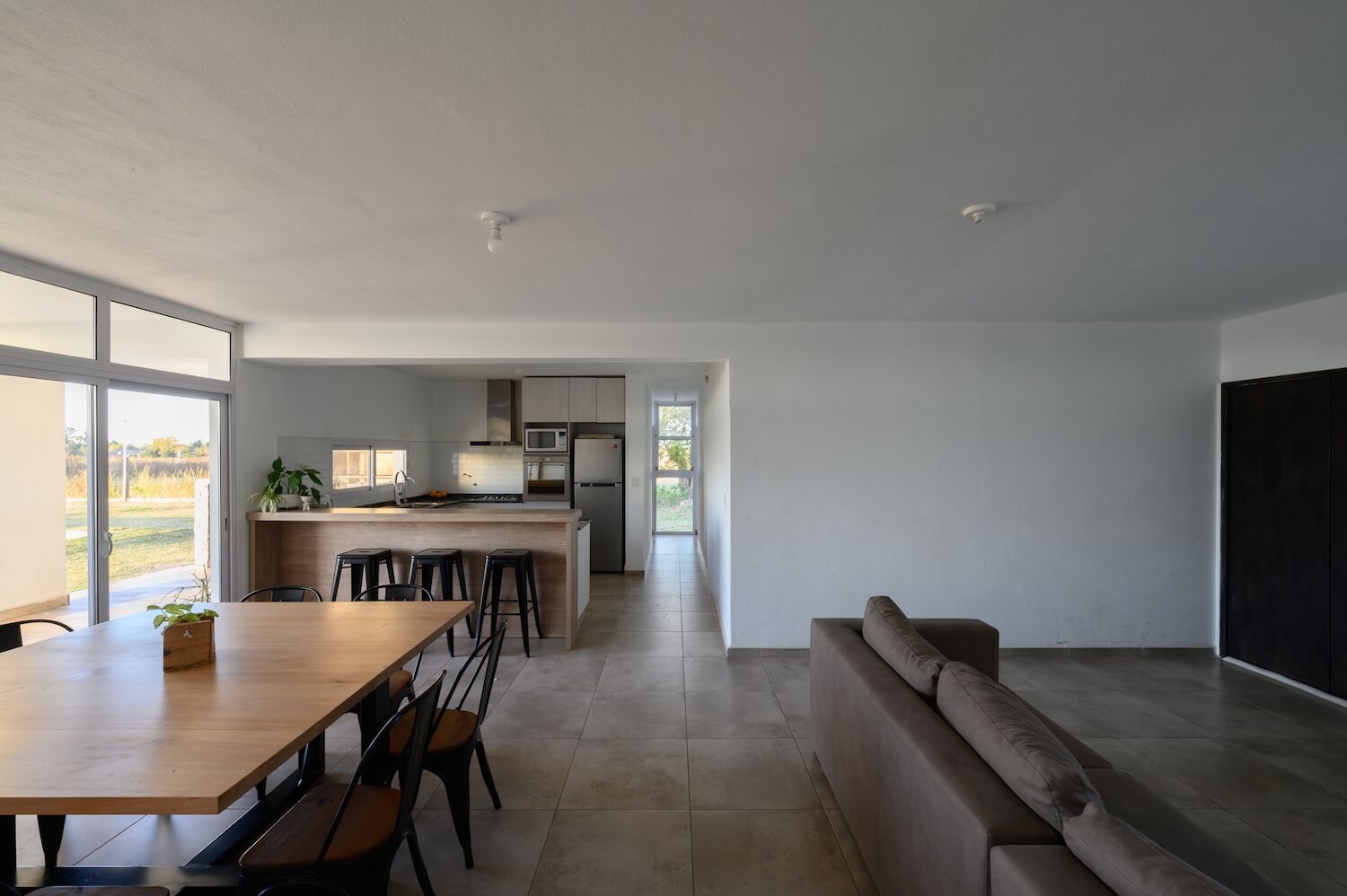 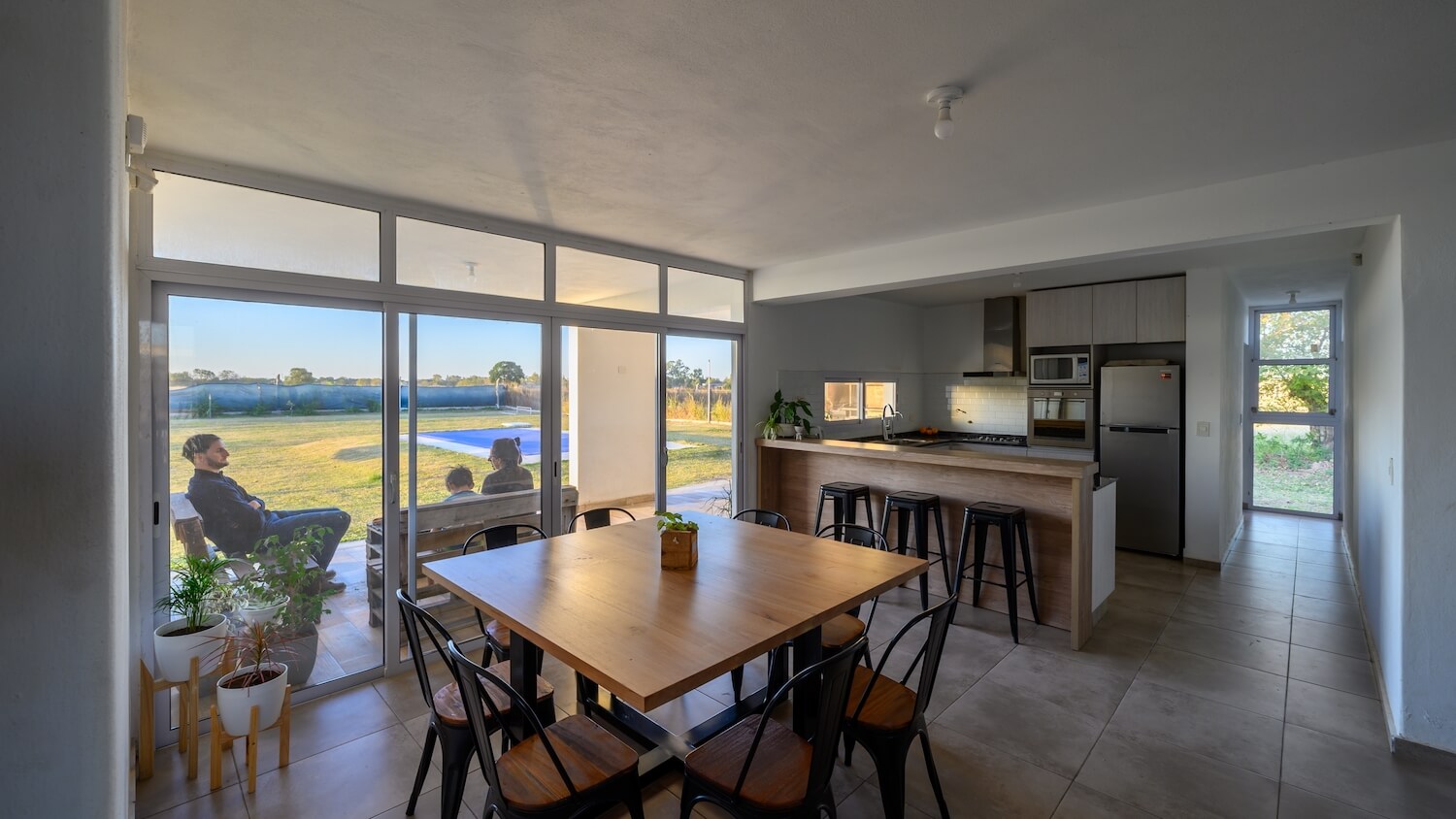 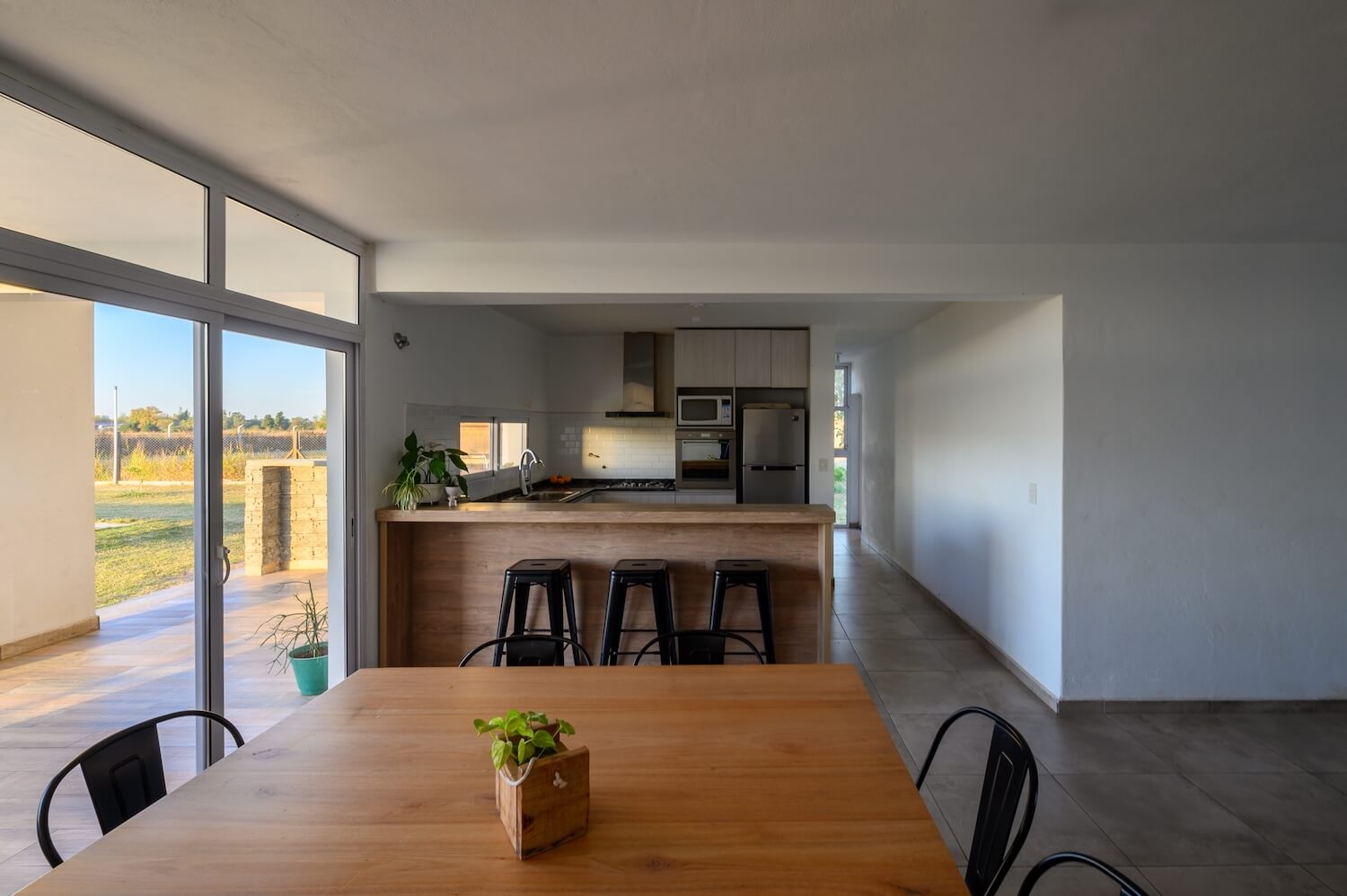 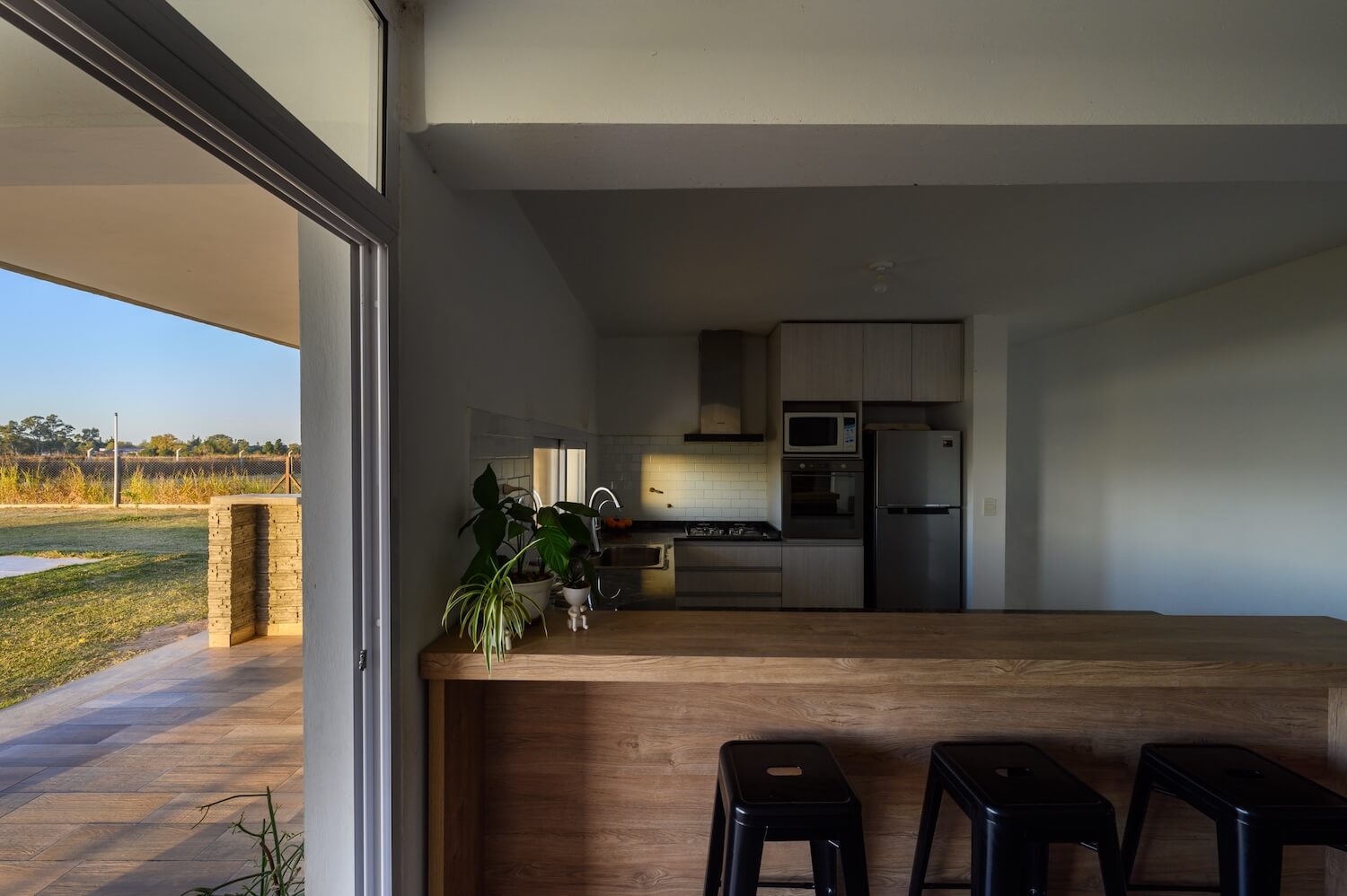 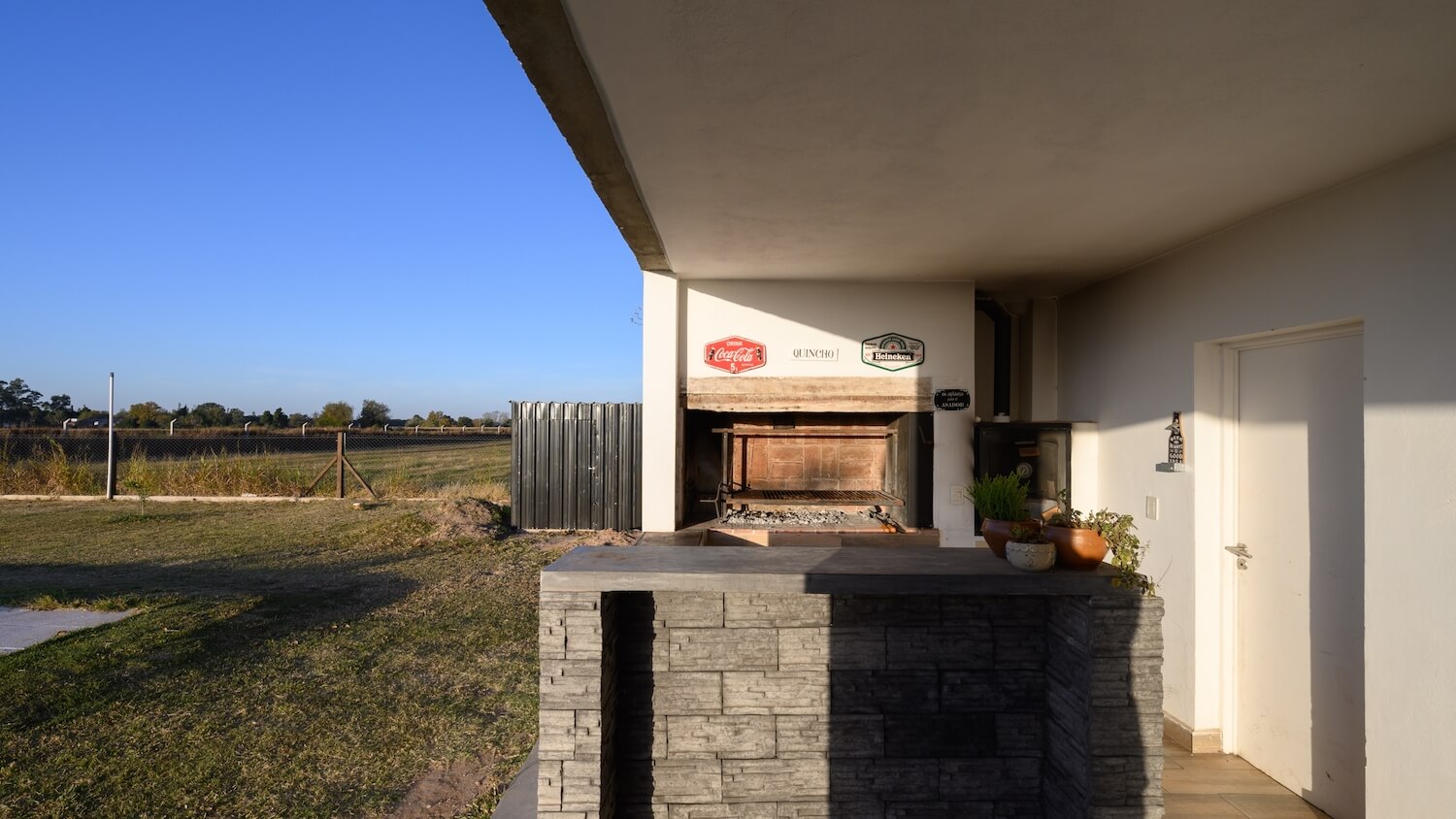 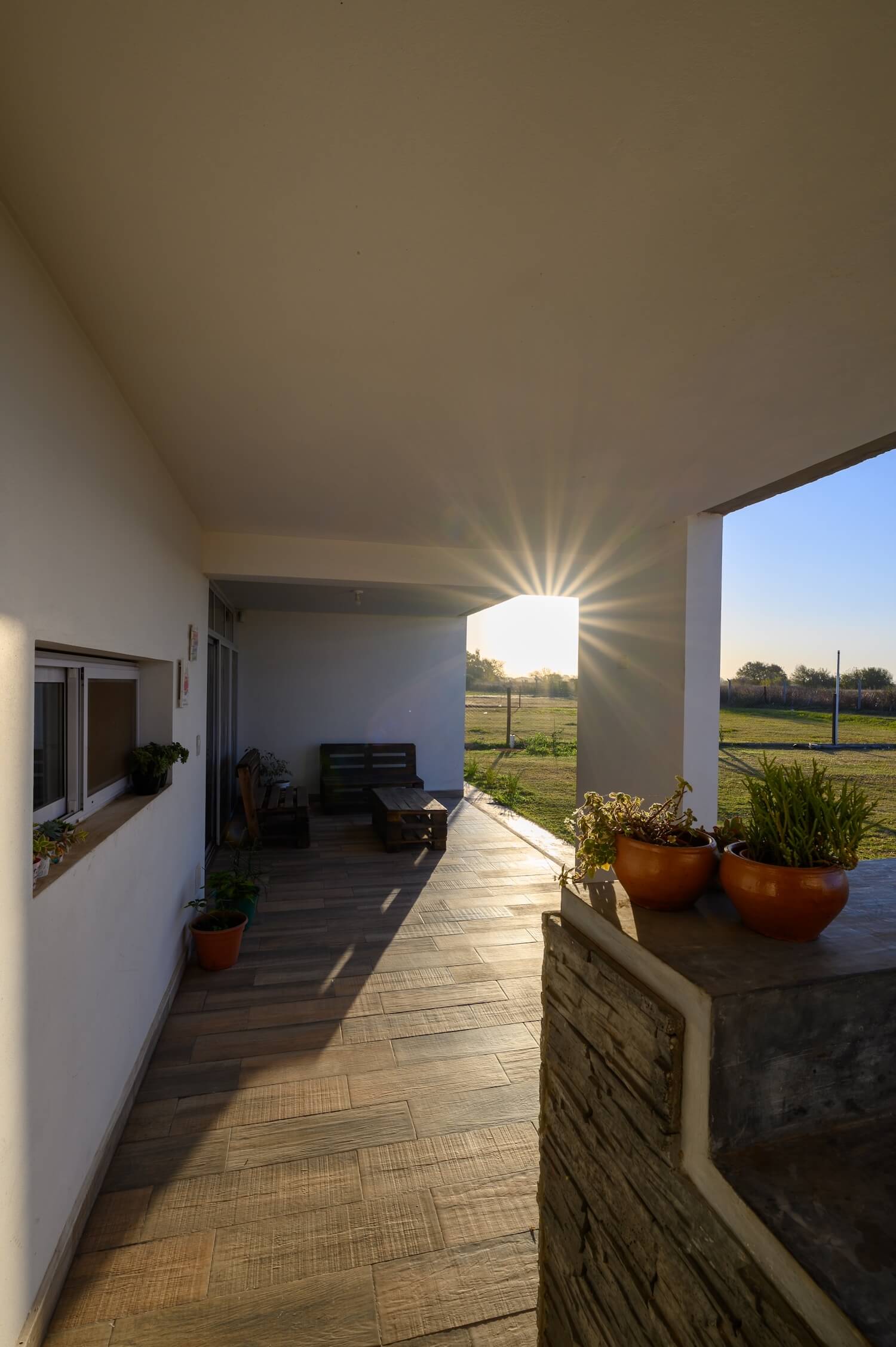 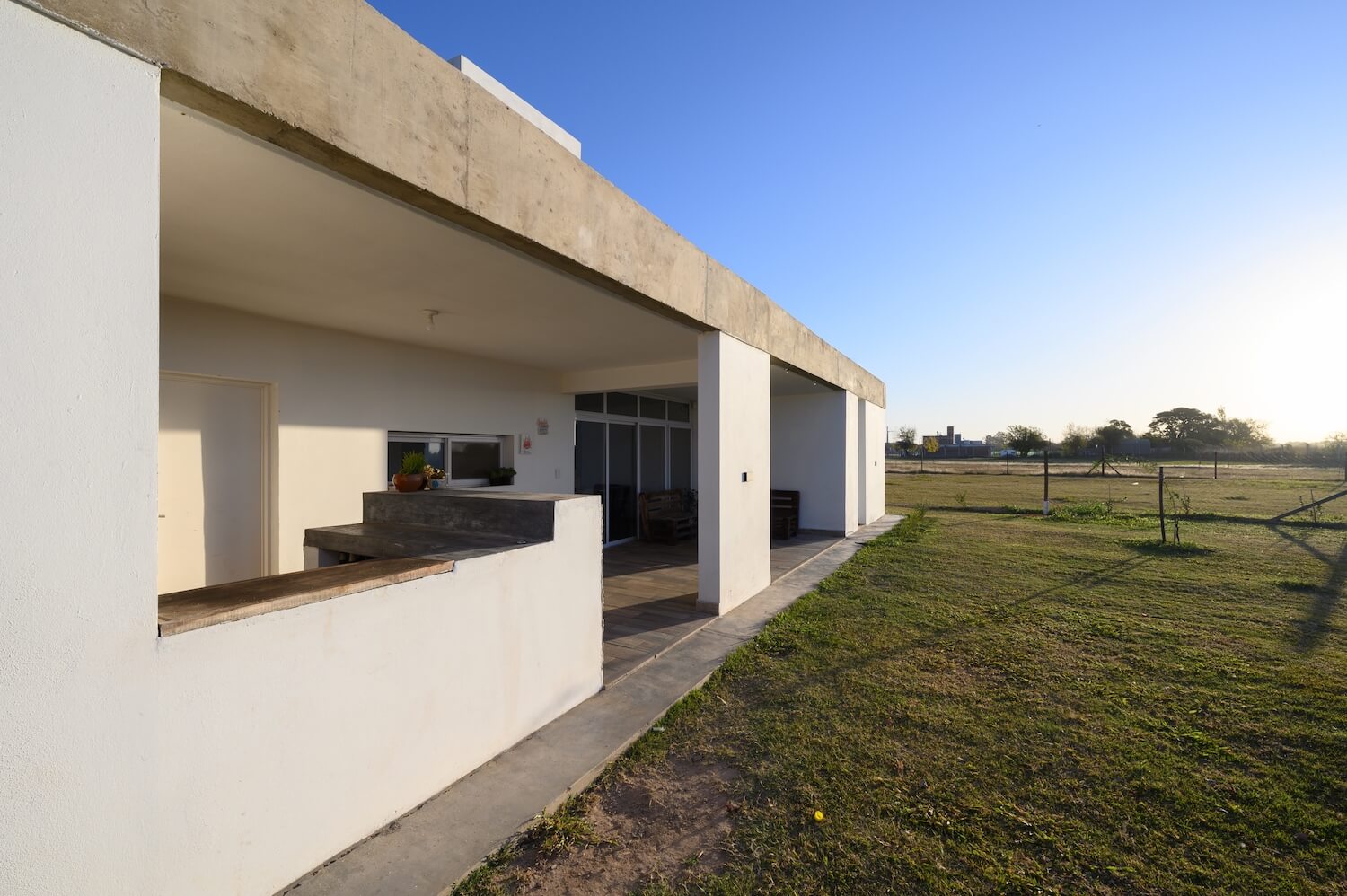 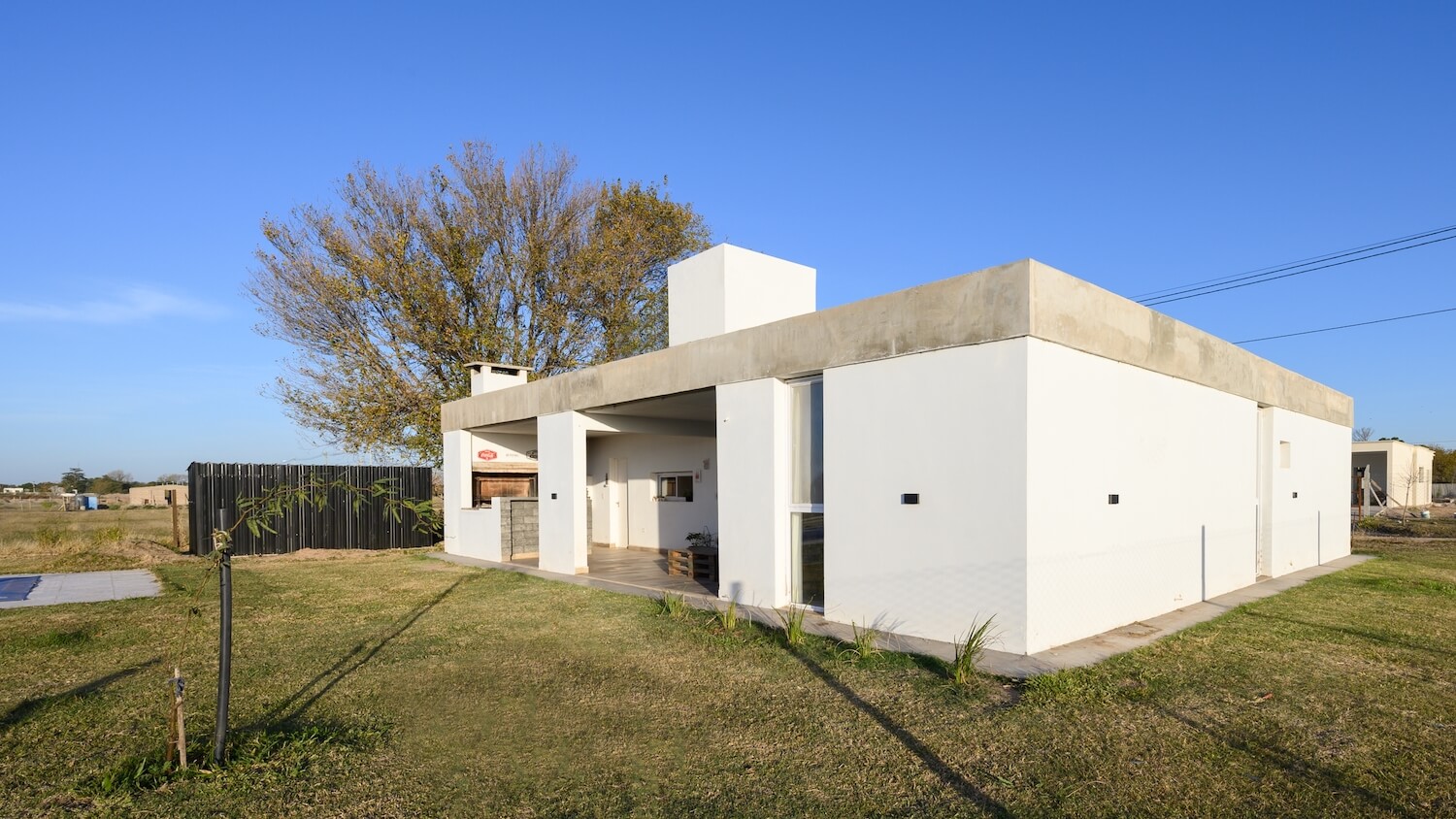 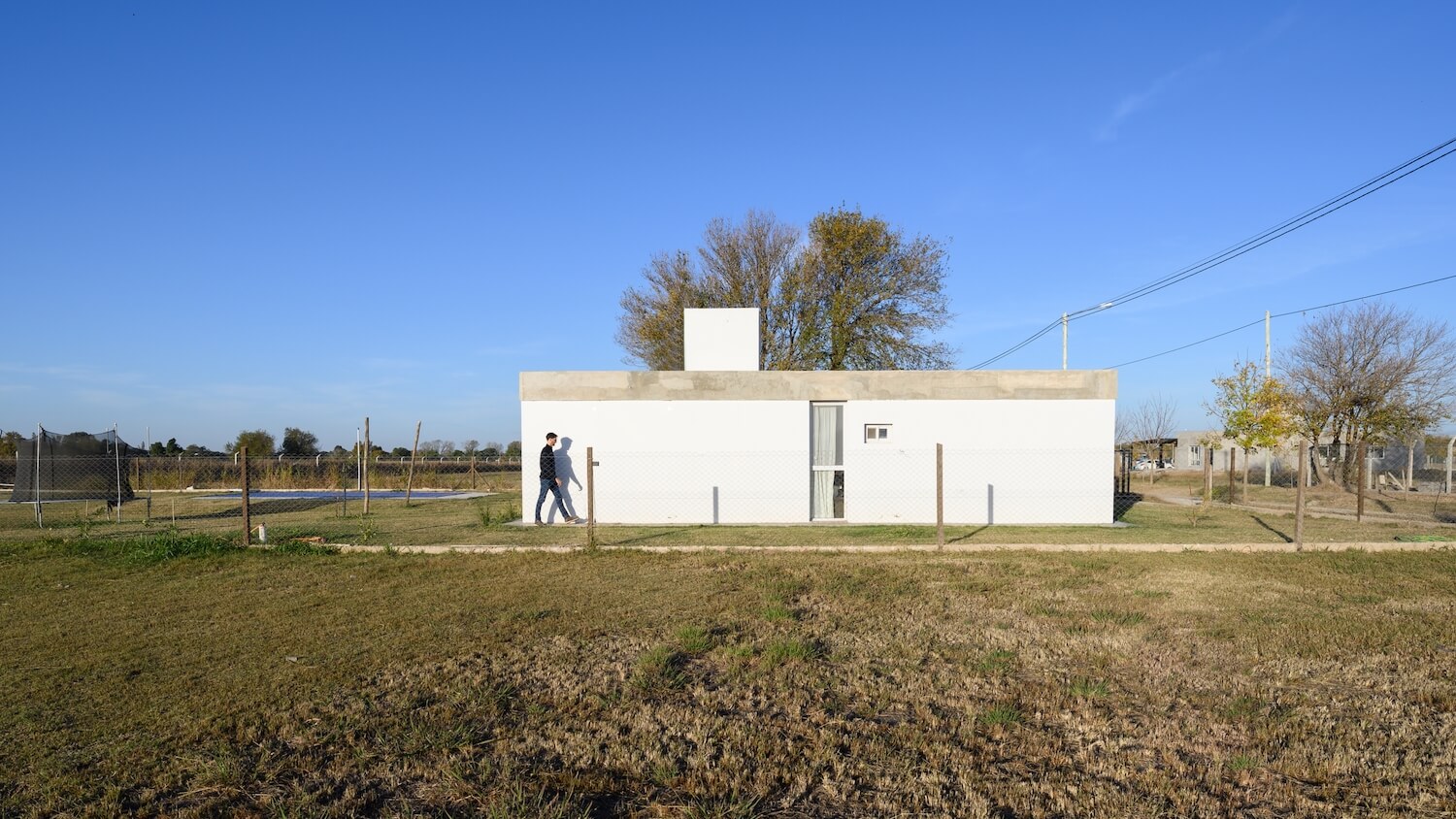 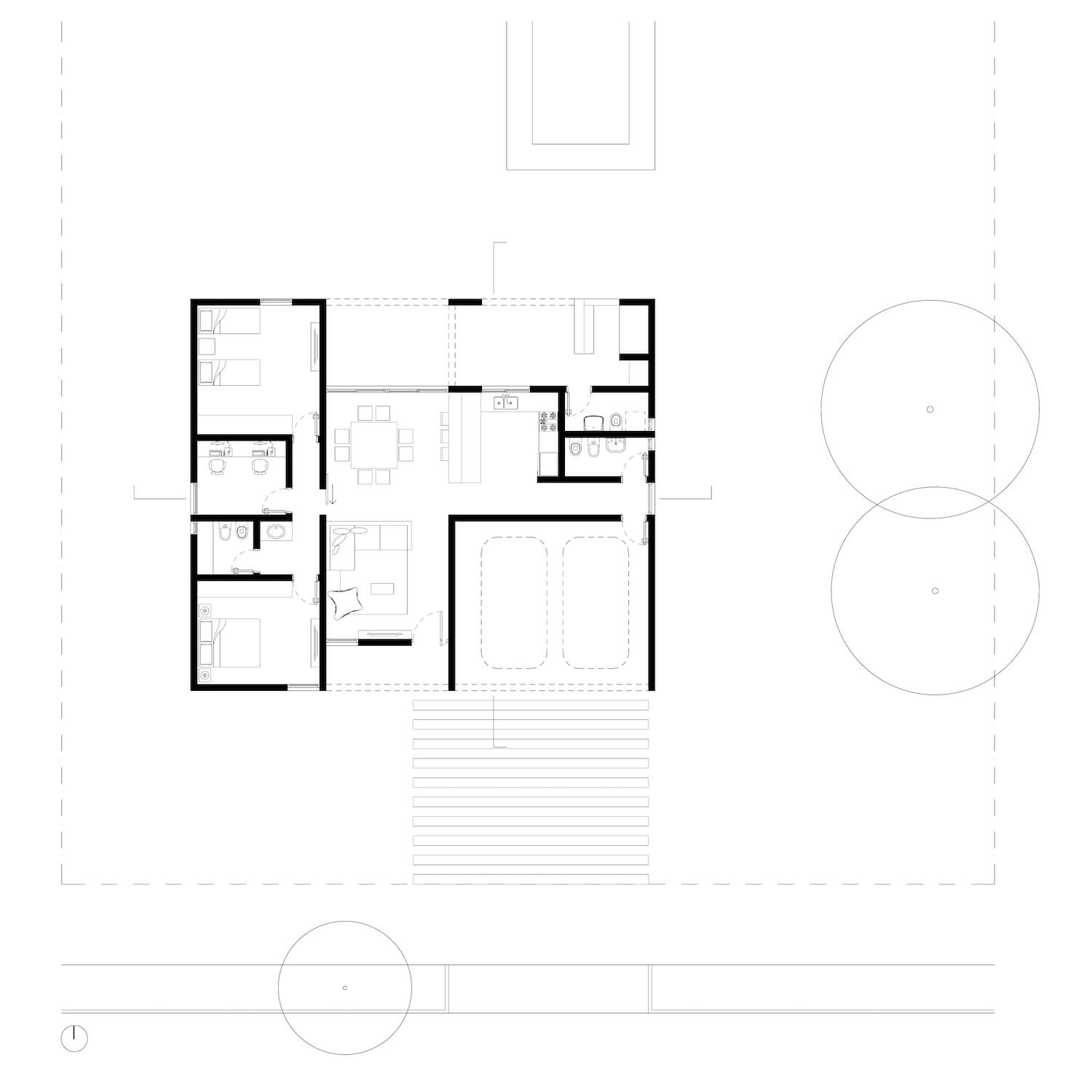 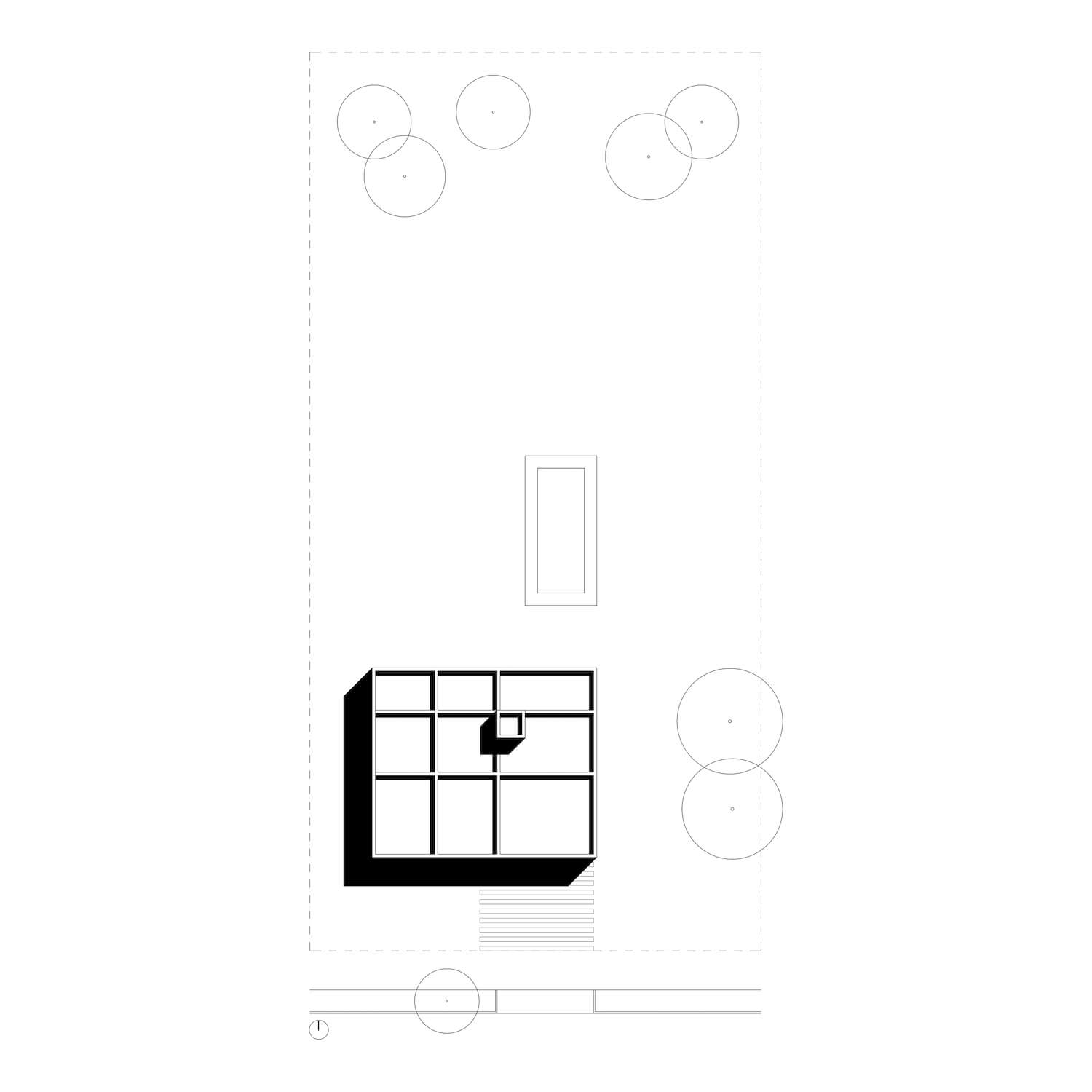 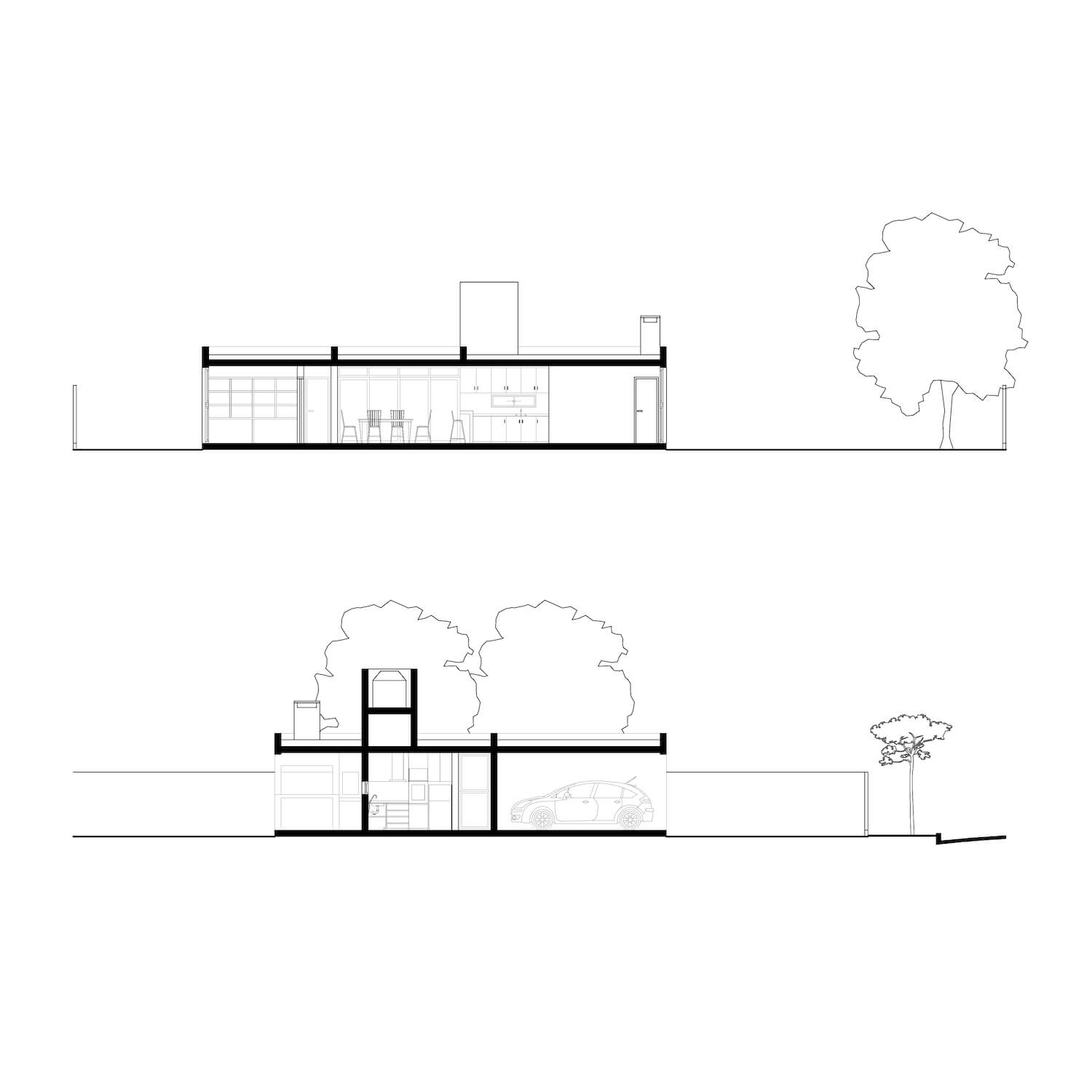 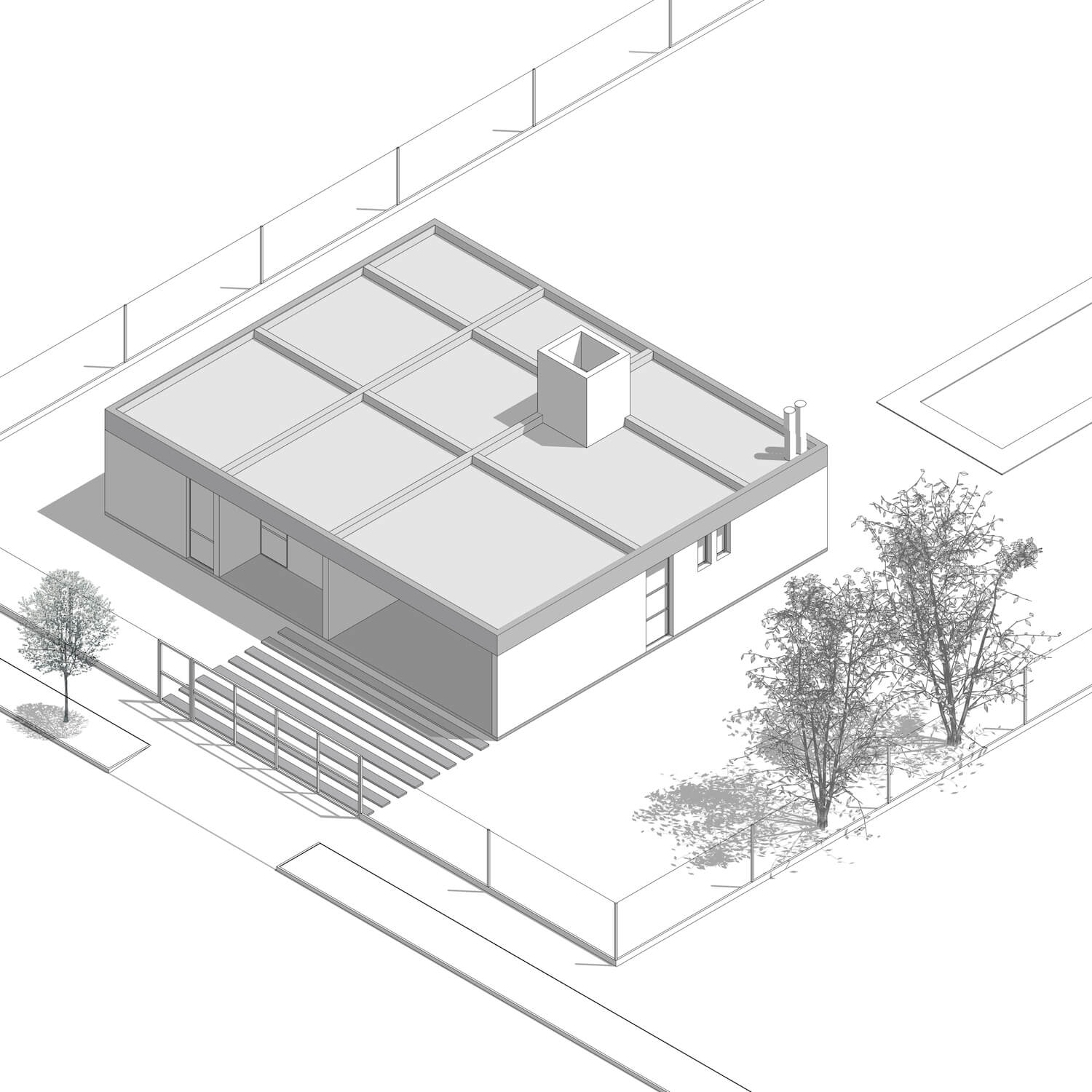 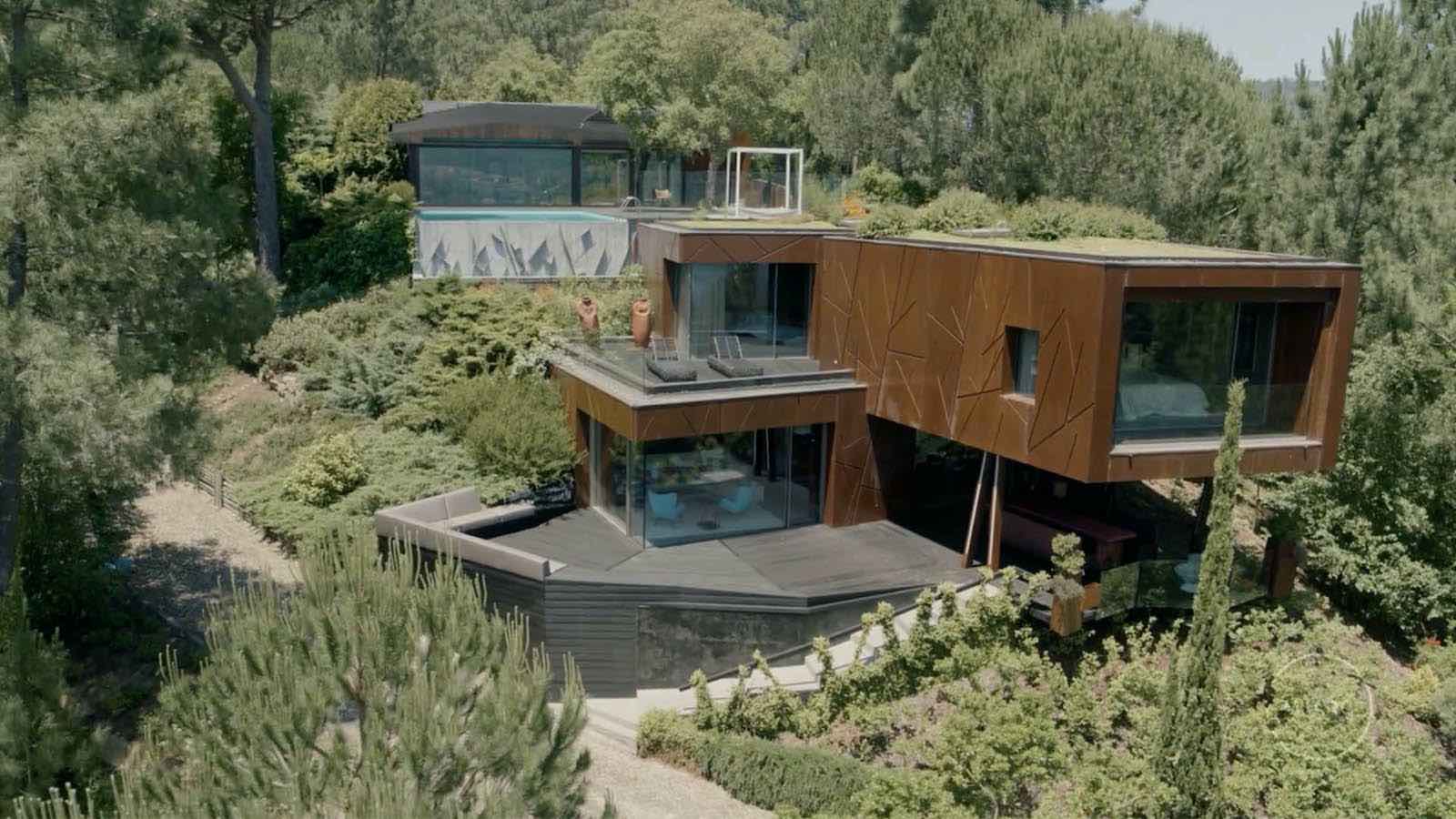 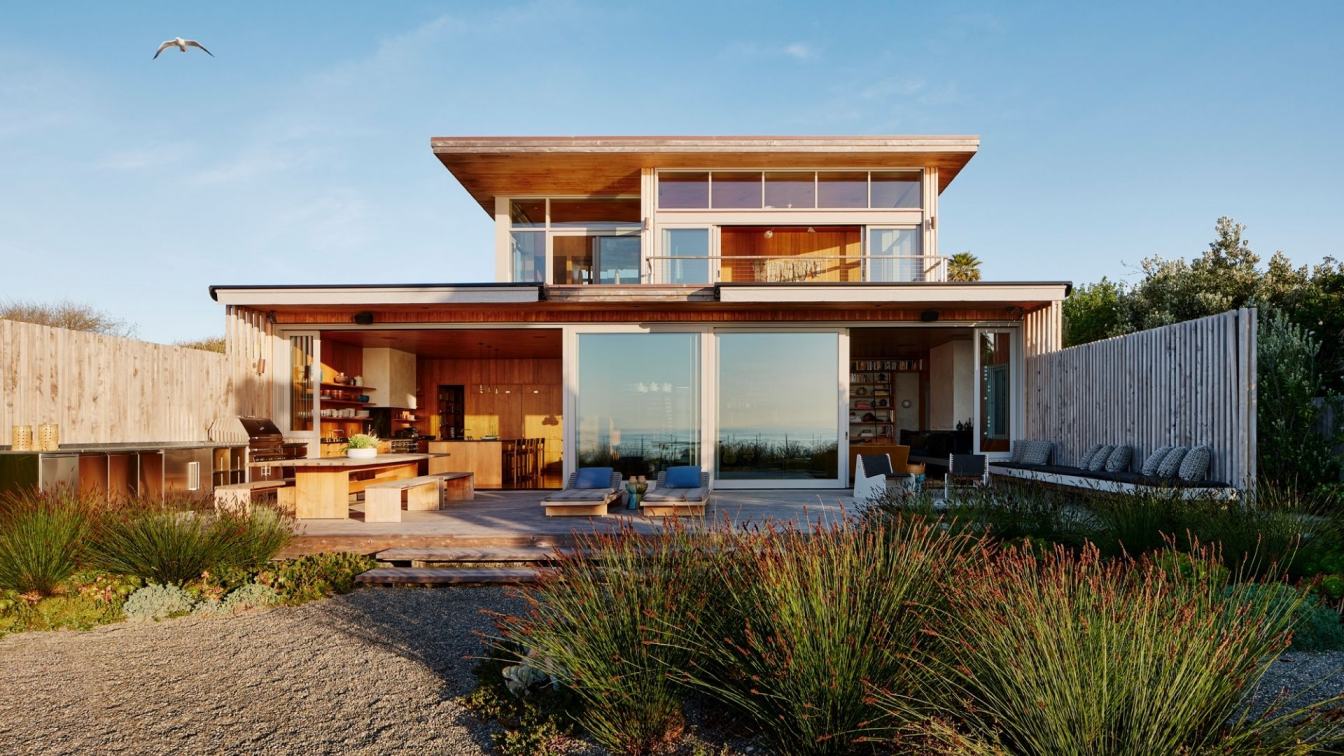 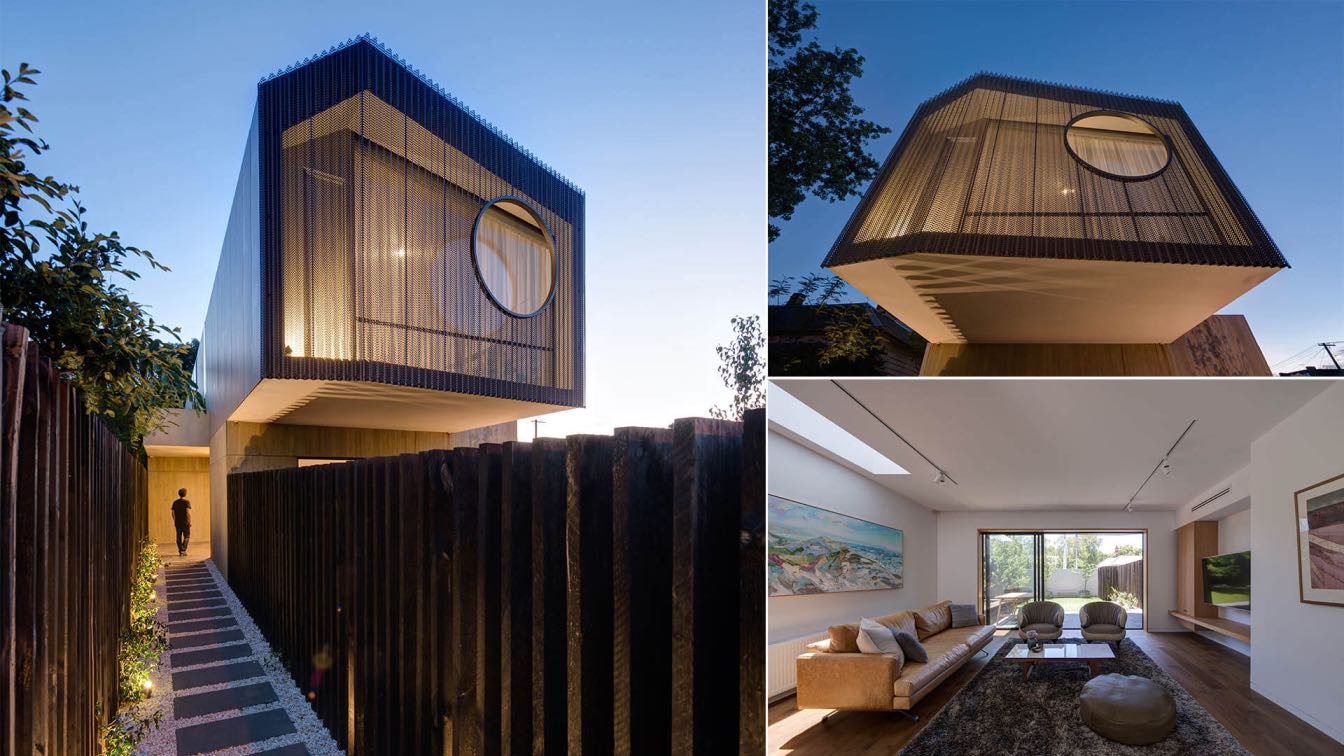