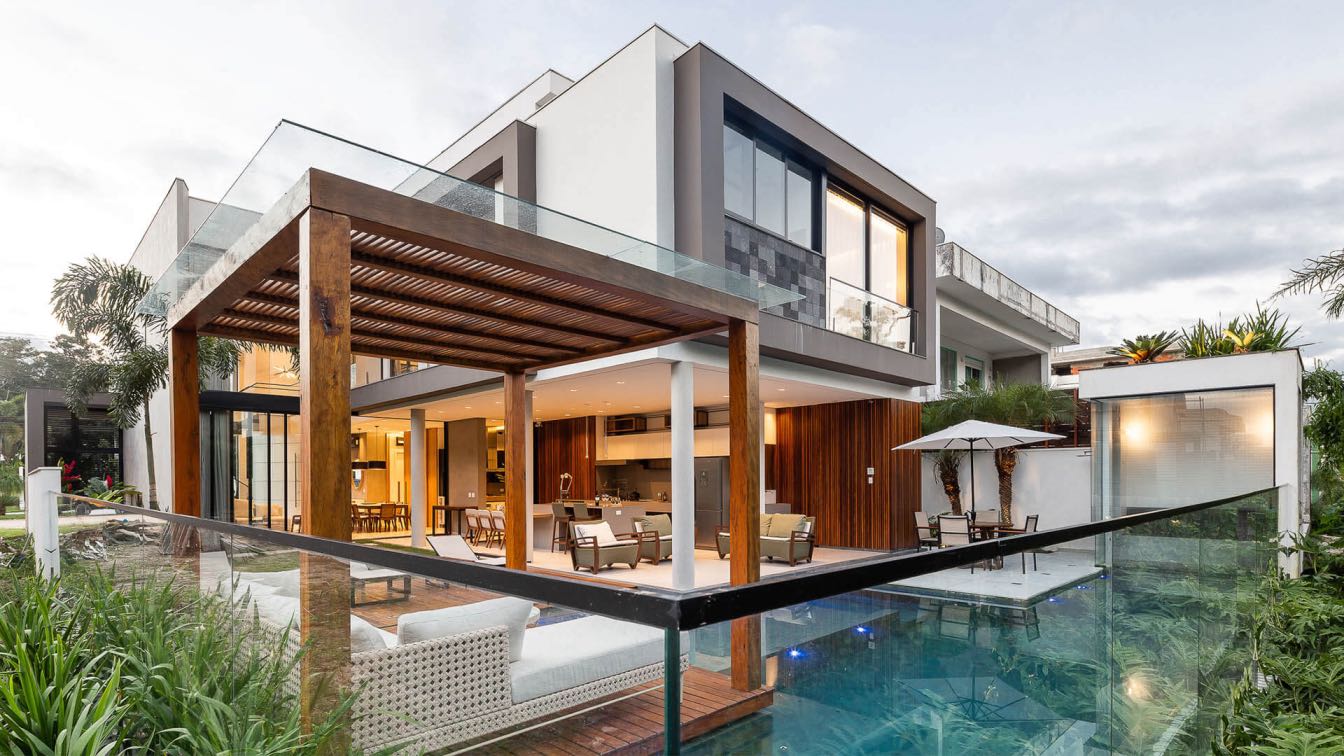 The D21 Beach House, located in Riviera de São Lourenço beach, near São Paulo, was designed as an “L” shaped plan in an area of ​​525.00m² as an architectural feature. The project is signed by Raiz Arquitetura, led by the architects Alexandre Ferraz and Elias Souza, who have in their portfolio several high-end houses at the brazilian coast.

Designed to house a young couple with two children, the purpose was to bring leisure, rest and contact with nature for the family. The program prioritized the integration and the view of the Atlantic Forest, present on the side and bottom of the lot. Thus, the ground floor allows integration with the vegetation, along with the pool, gazebo and gourmet space, while the front face houses the areas of social use.

The upper floor, intended for private areas, has five suites. In the deepest part of the block, the family suites were inserted, leaving the guest rooms to the front and side of the house. The front suite had a slatted panel as a differential, as it encompassed the frame in this space and “camouflaged” it on the facade when closed. 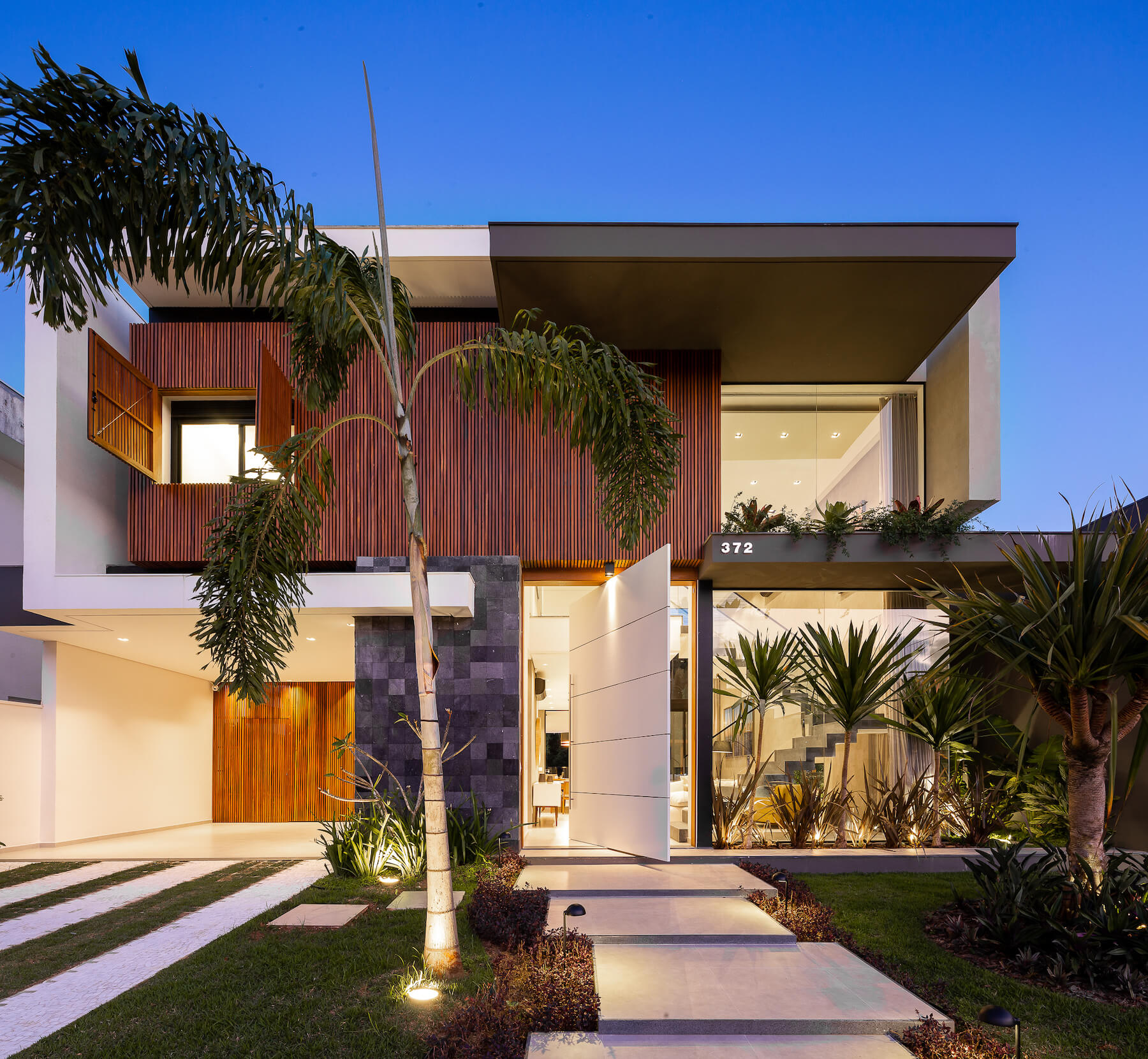 In the front block a double height was created with a gable on the right, serving as a screen to protect the West side, with an opening that provided integration with the garden, which goes from the front to the back in the social part of the house. Thus, all the glass frames of the social area were established from the floor to the ceiling in order to bring a lot of lighting and visual communication to both the external and internal environments of the house.

In order to bring more vegetation to the residence, the office have created a large vertical garden on the left side facing the openings of the kitchen and home theater, and also sliding panels that allow the integration and isolation of this ambiente, providing a beautiful view of the landscape. The external lighting highlighted the landscaping, especially in the foreground in the large plants and facade, while the shrubs and small plants gained less intensity in the lighting project. 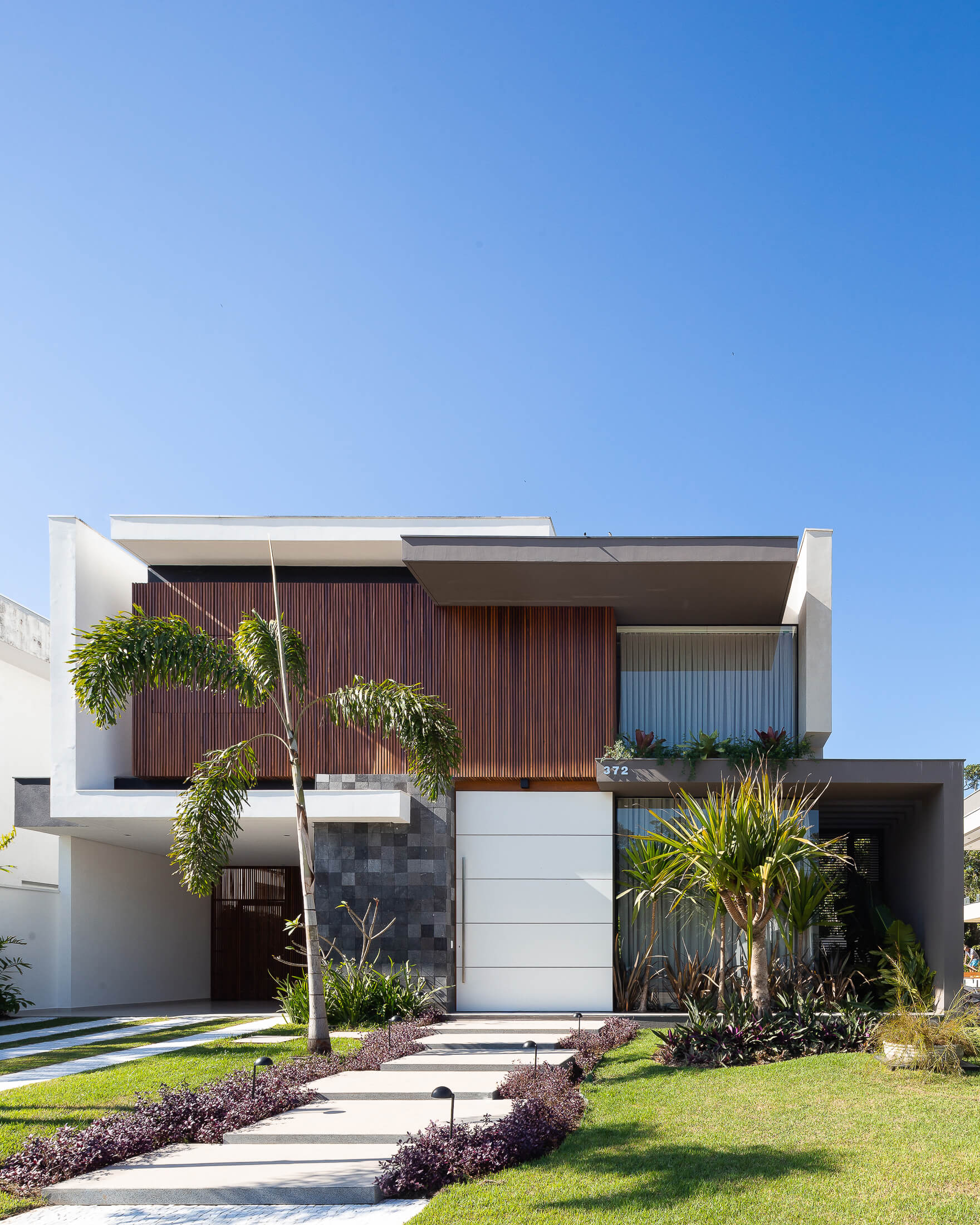 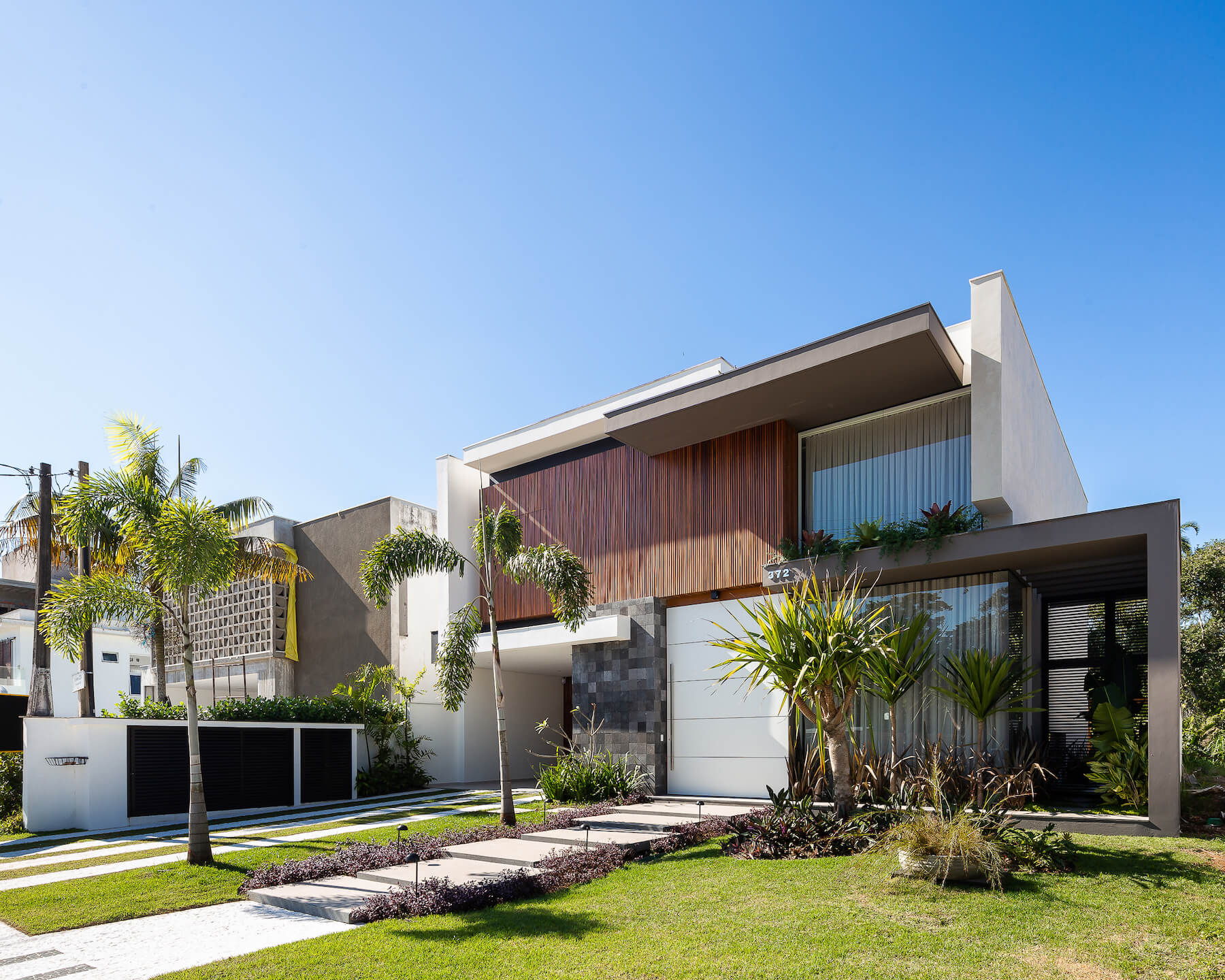 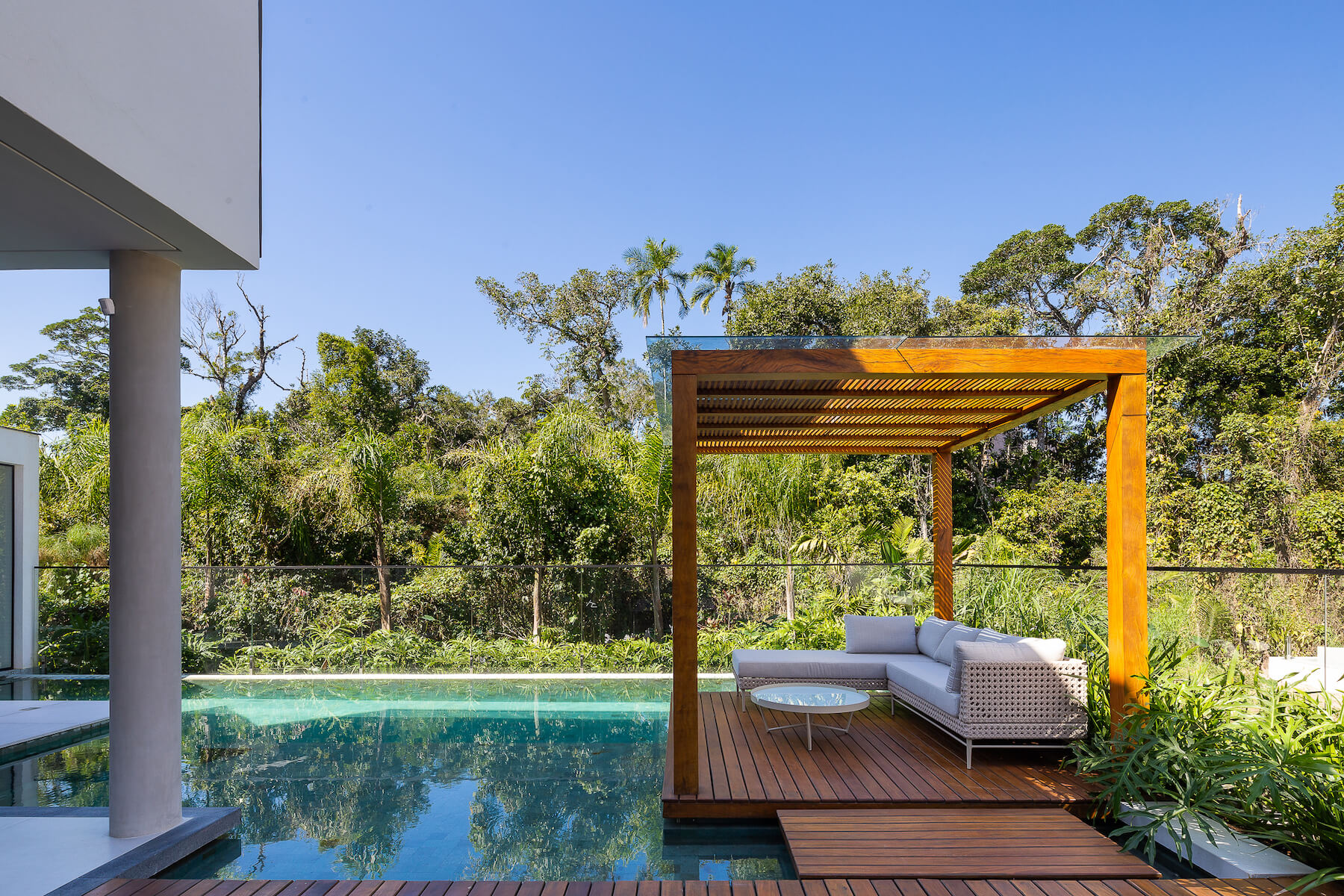 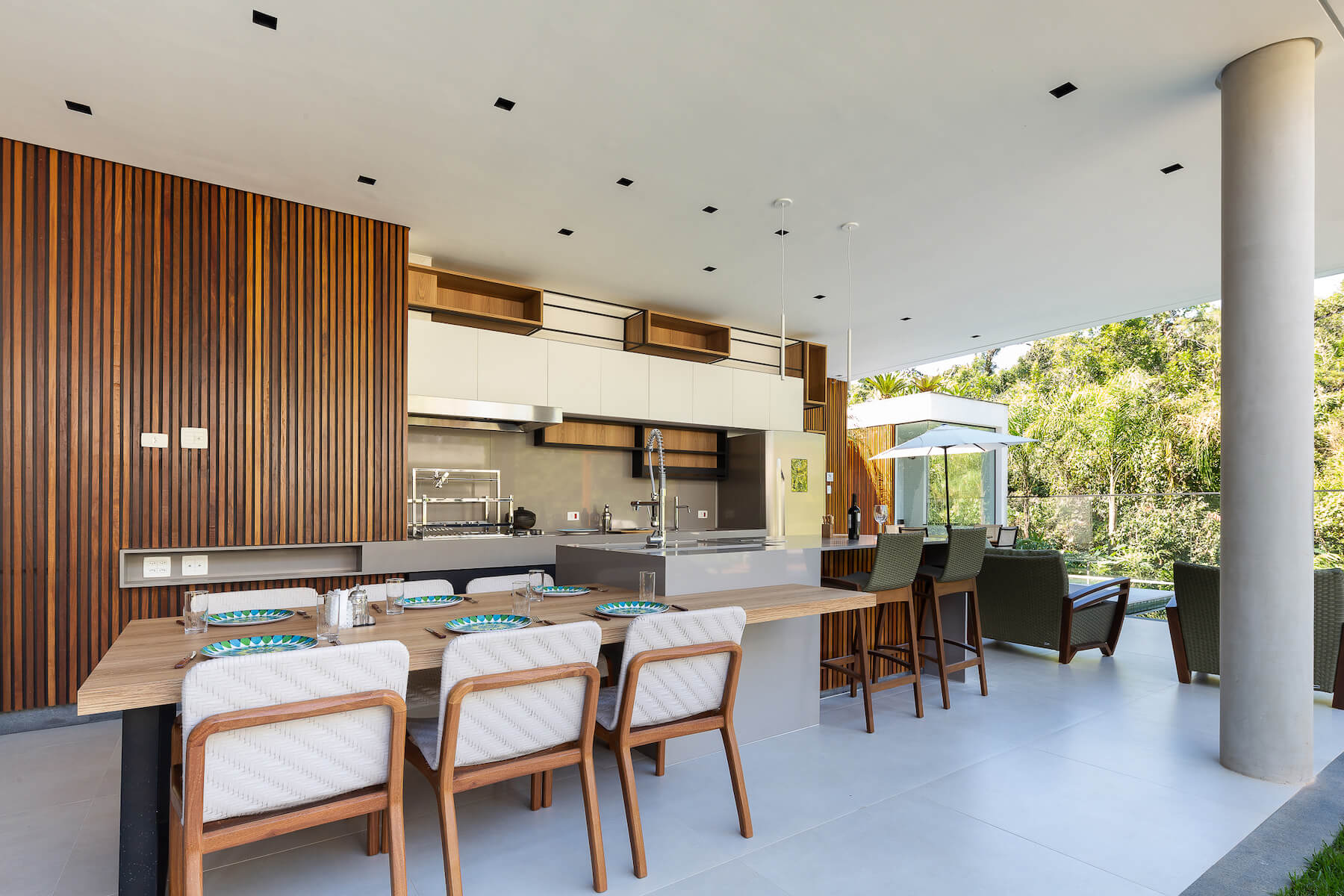 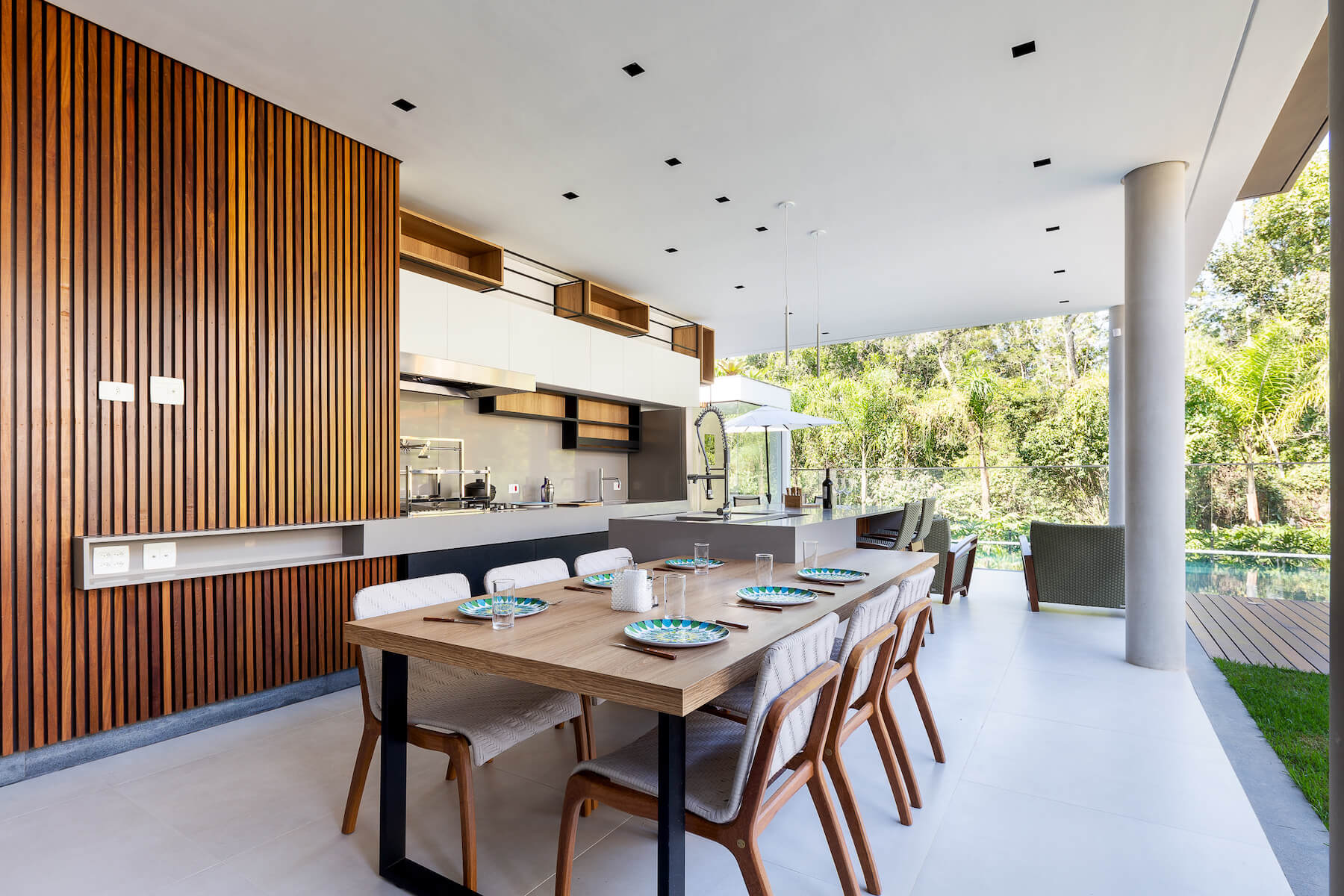 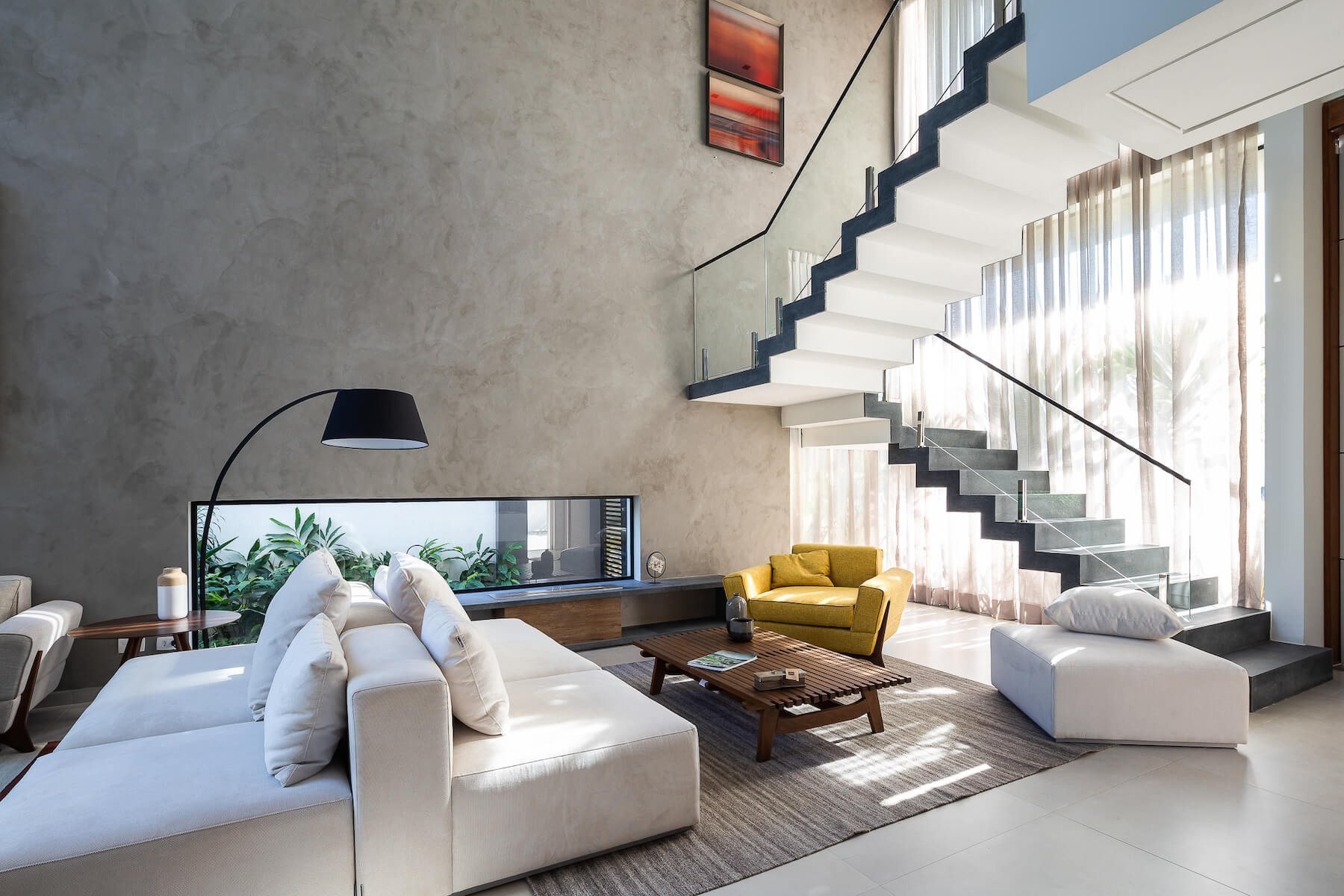 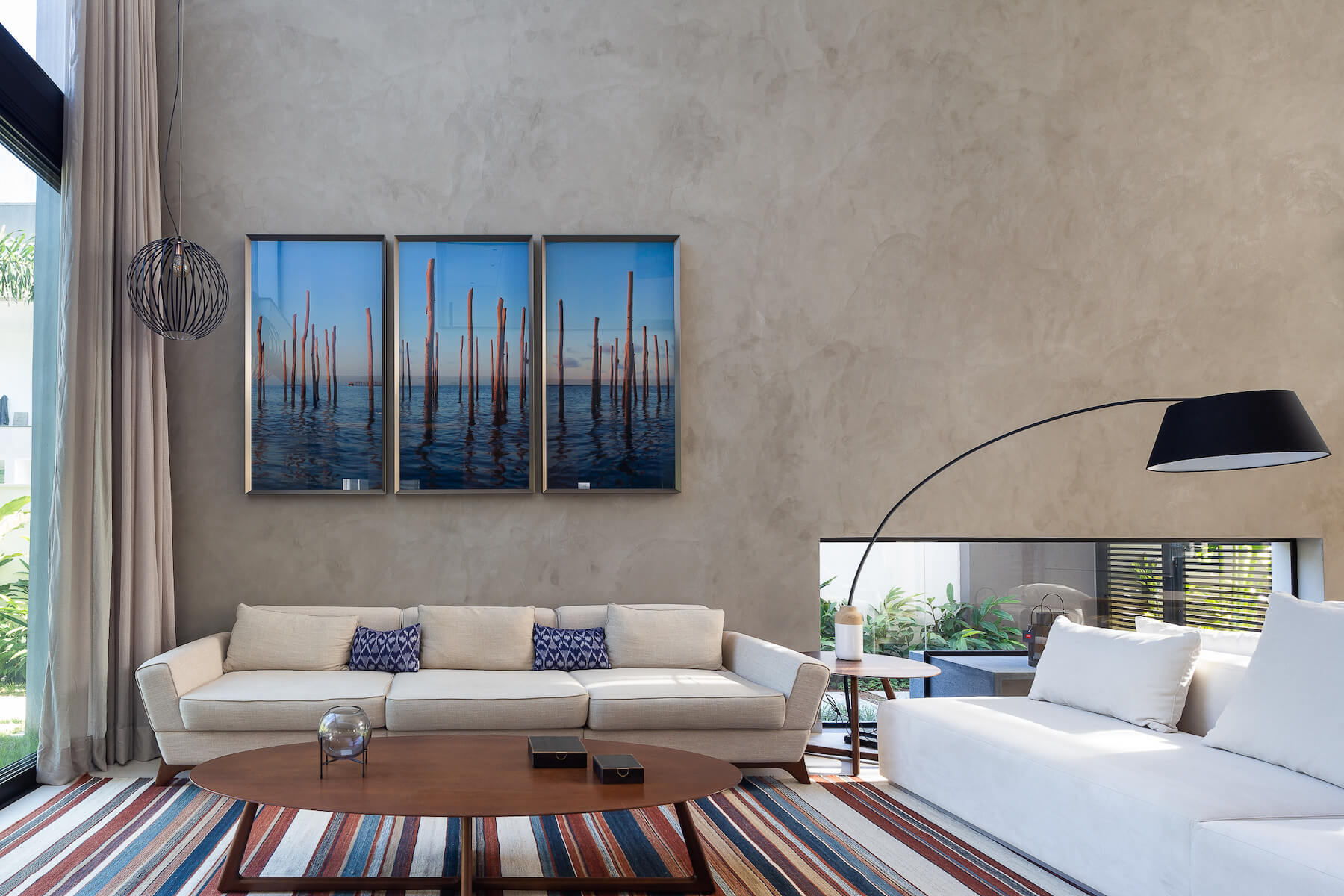 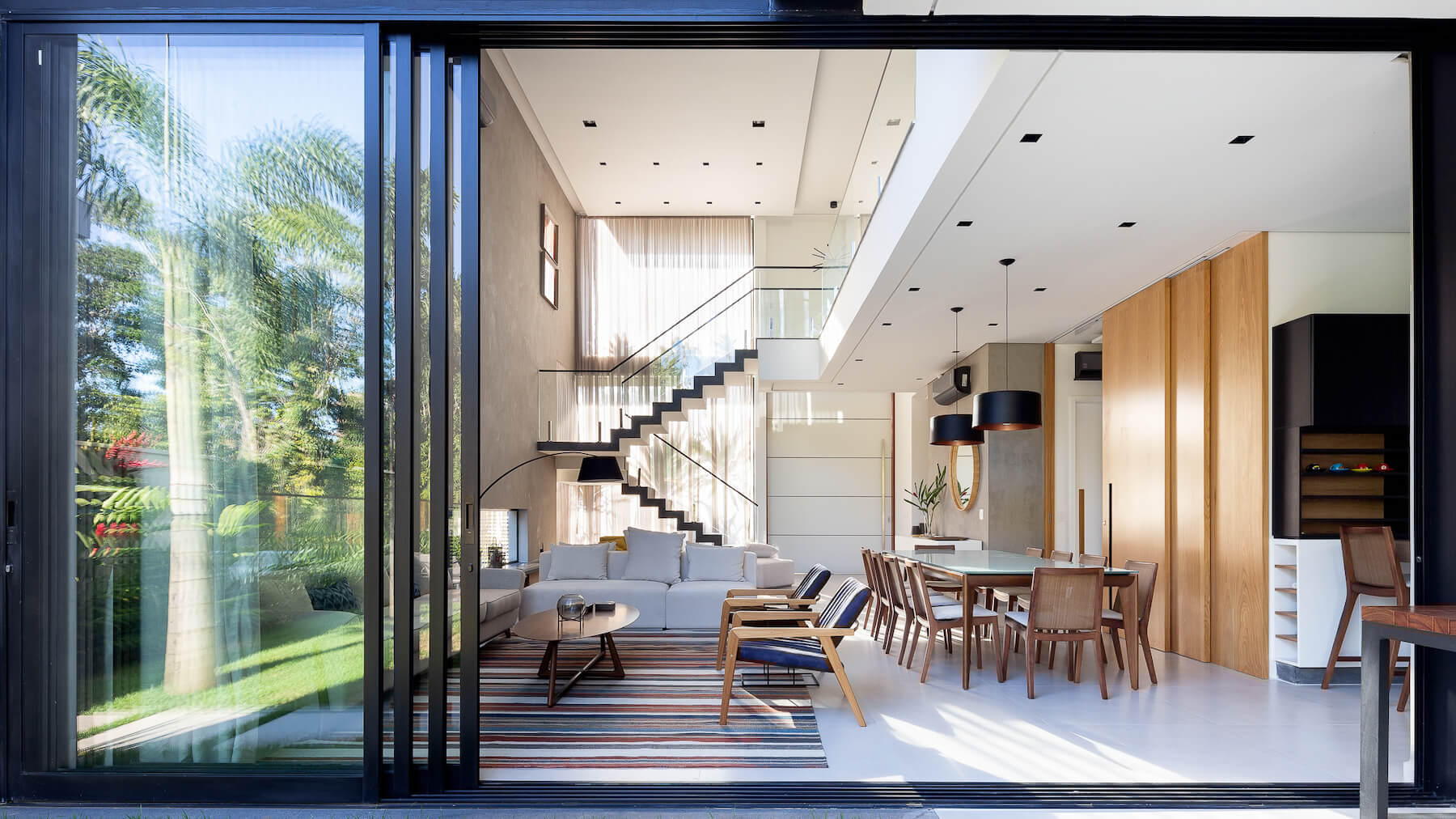 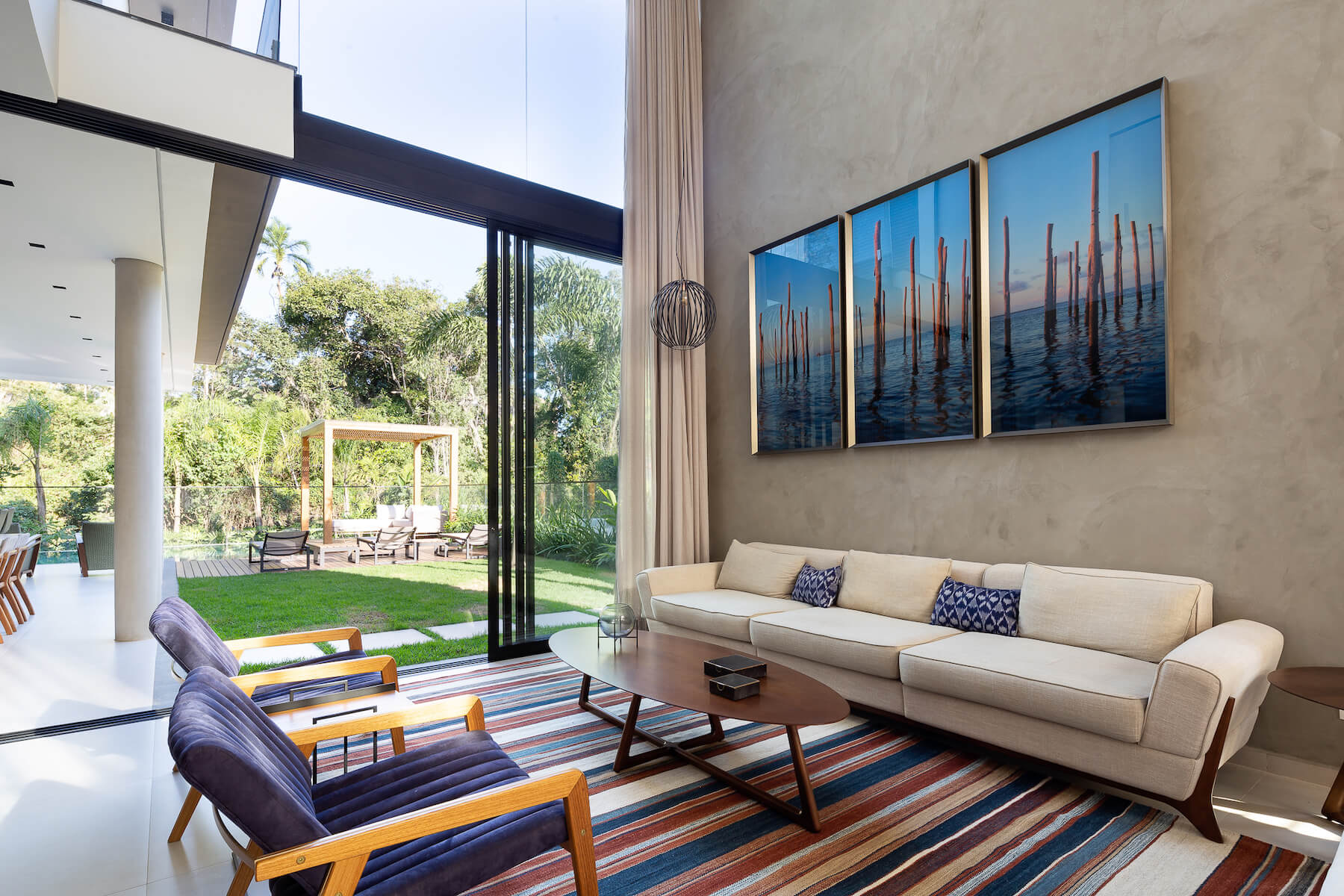 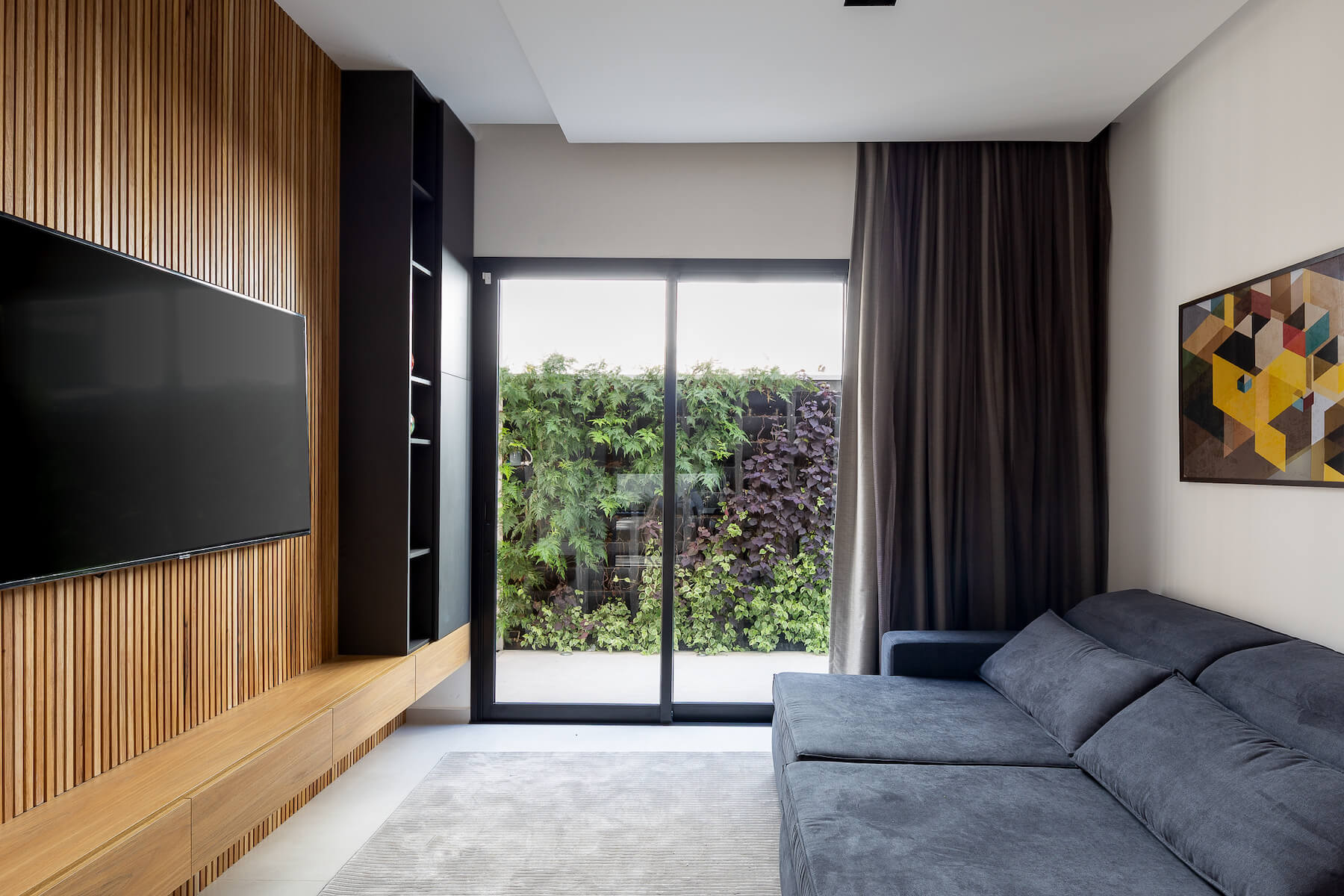 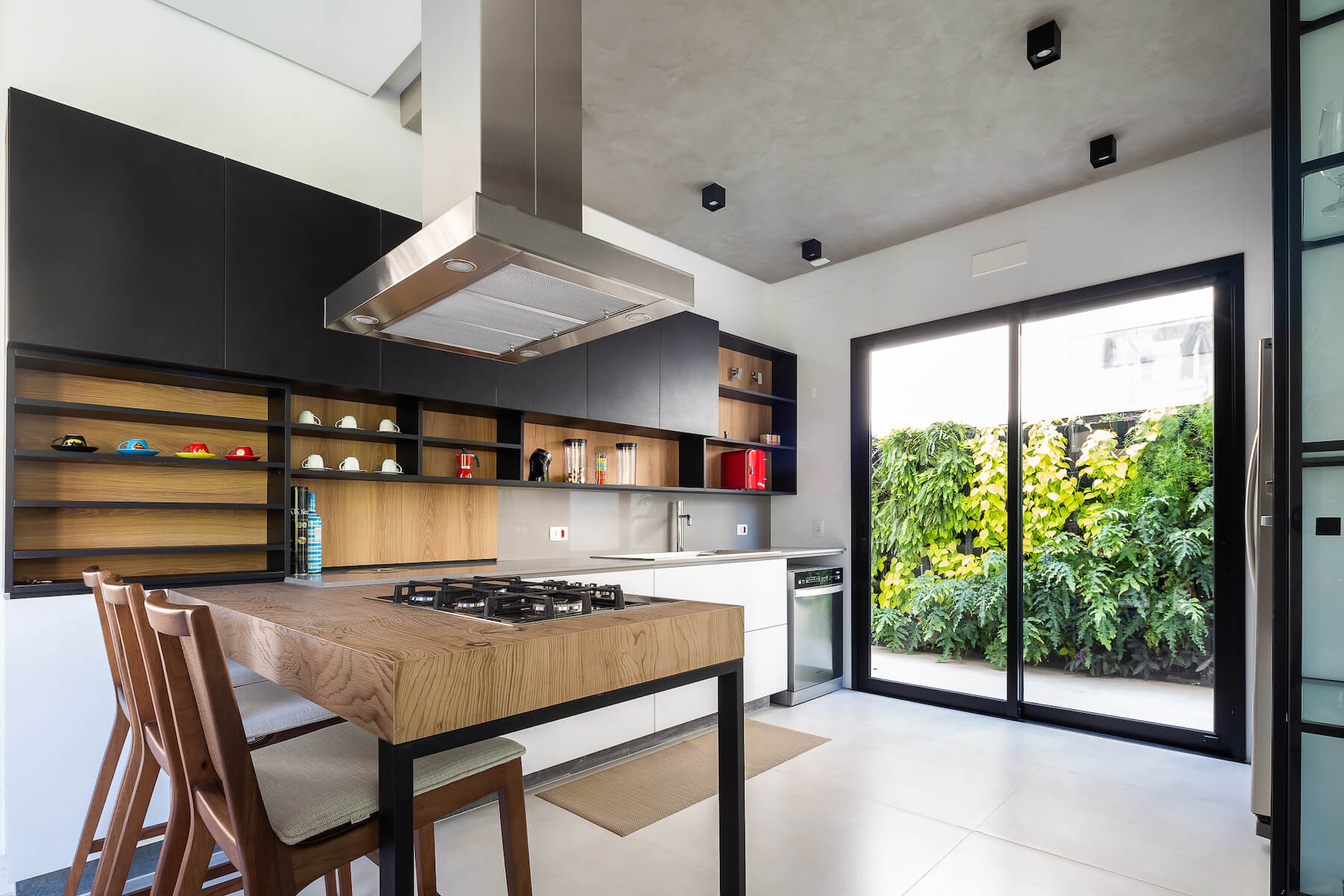 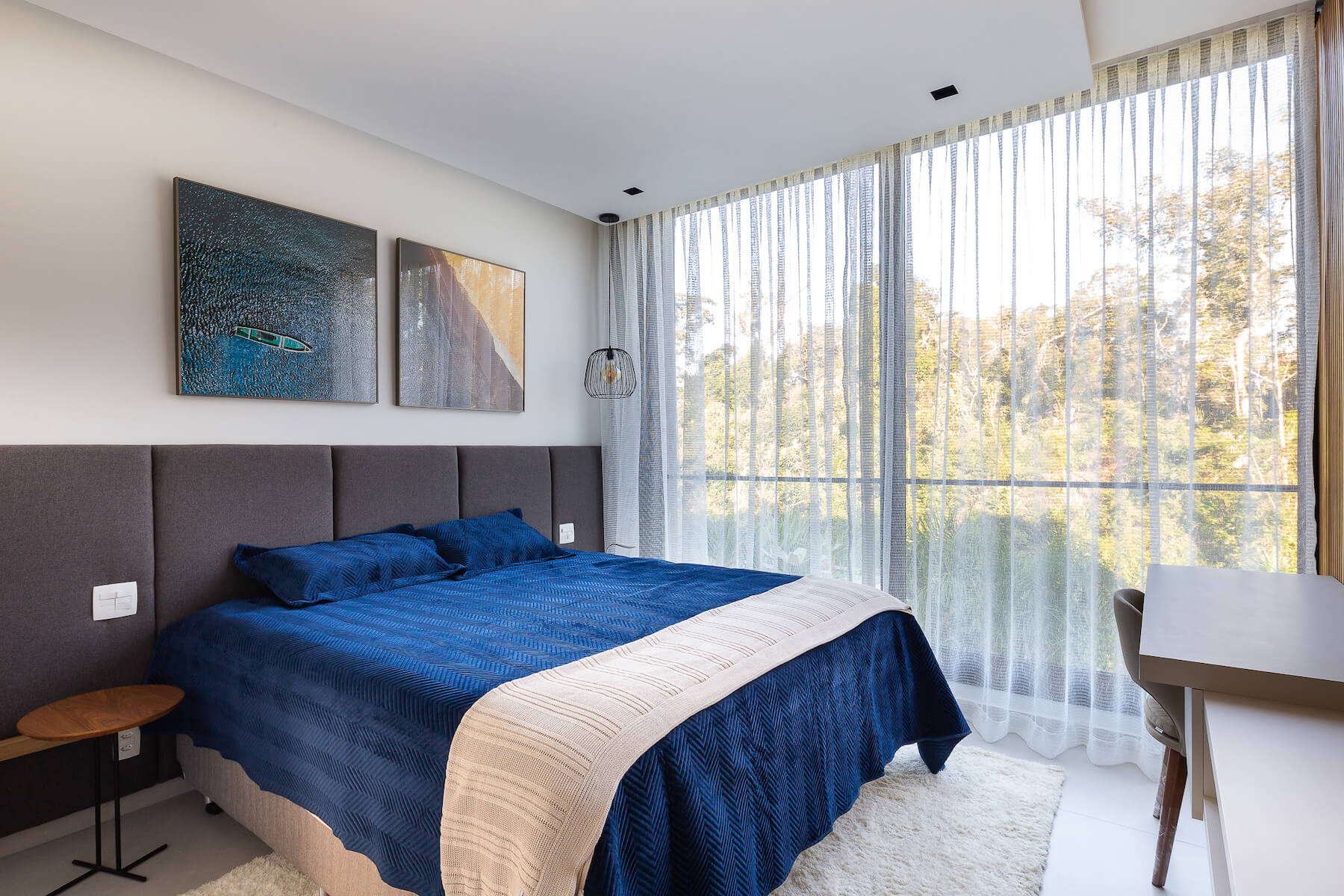 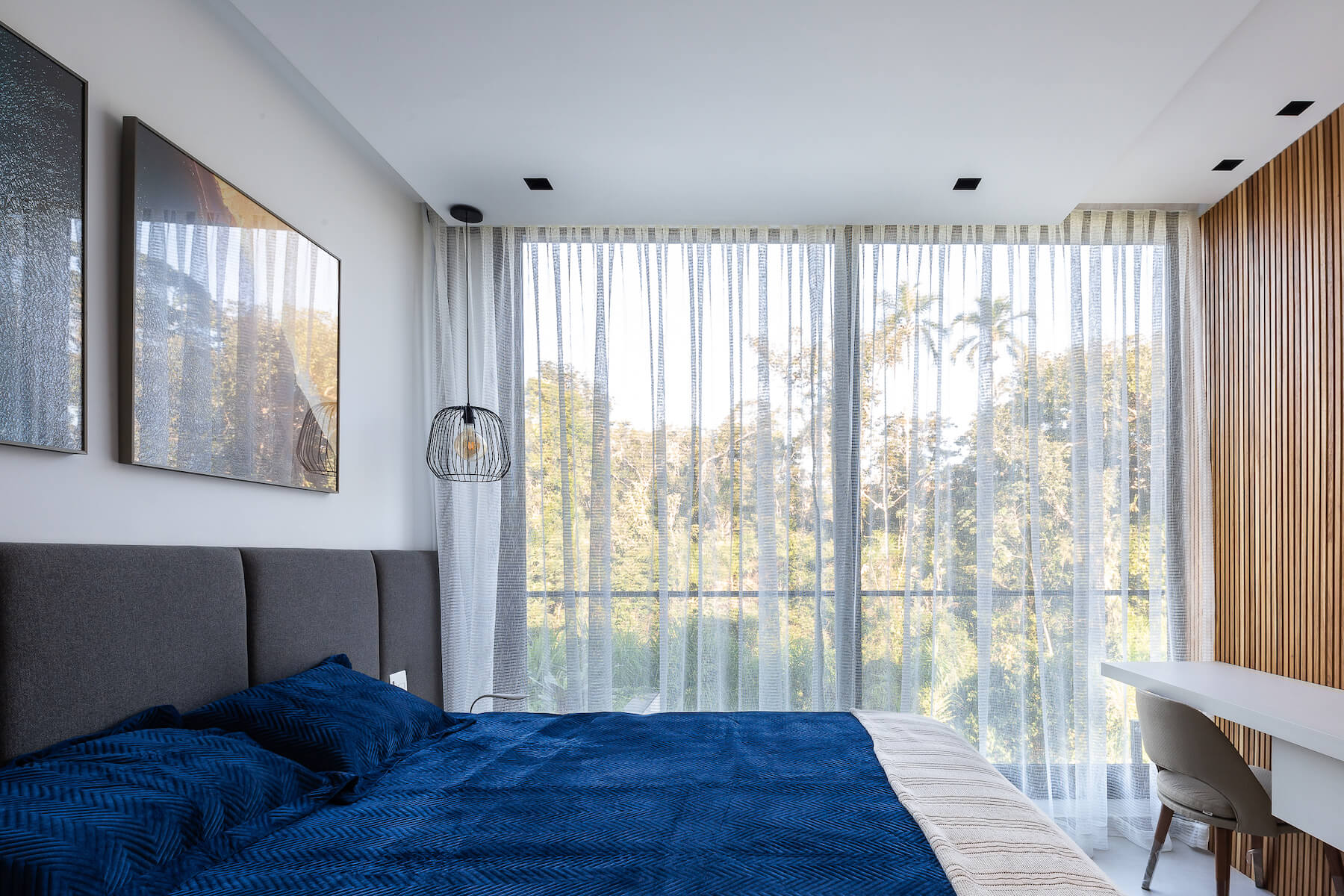 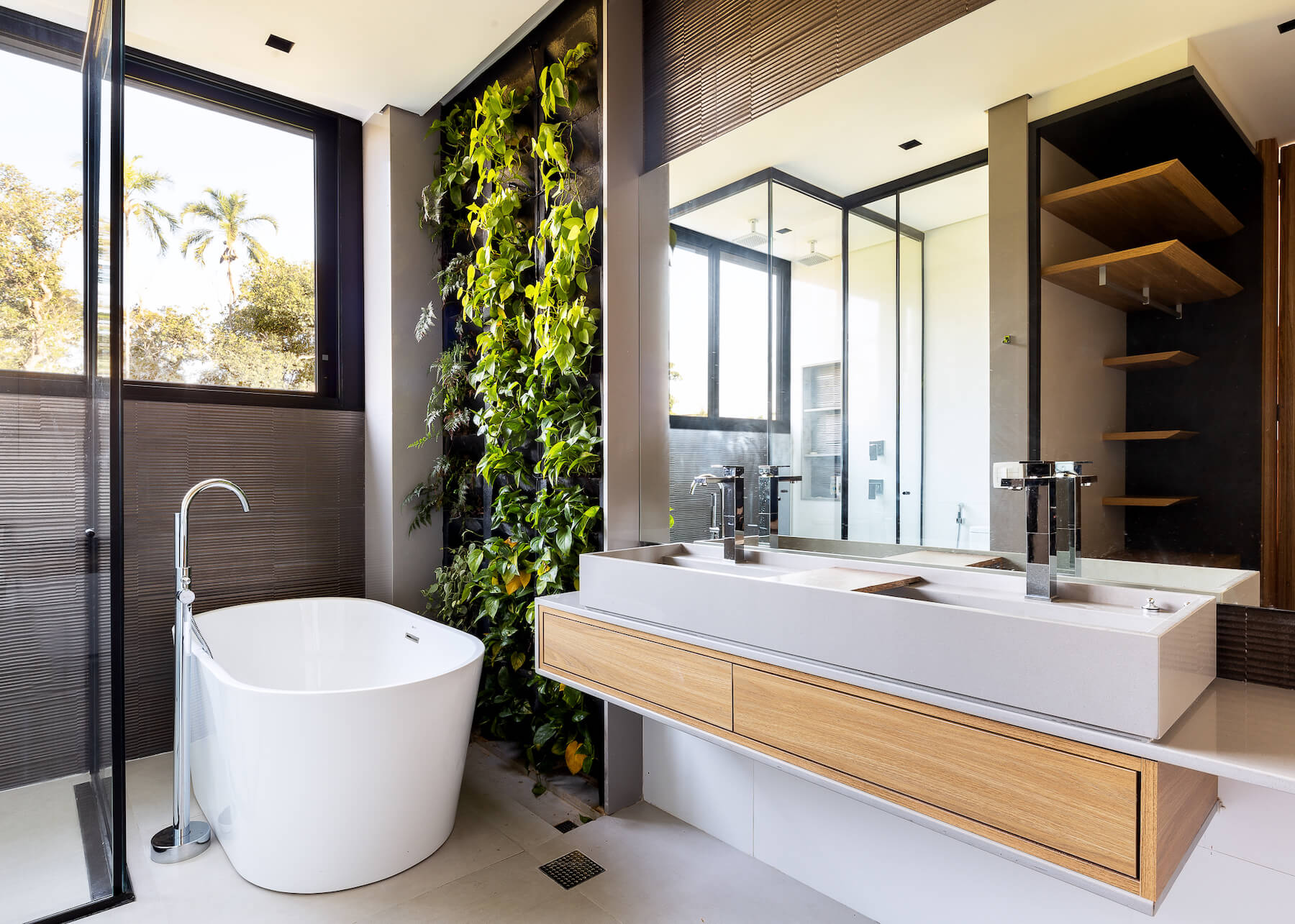 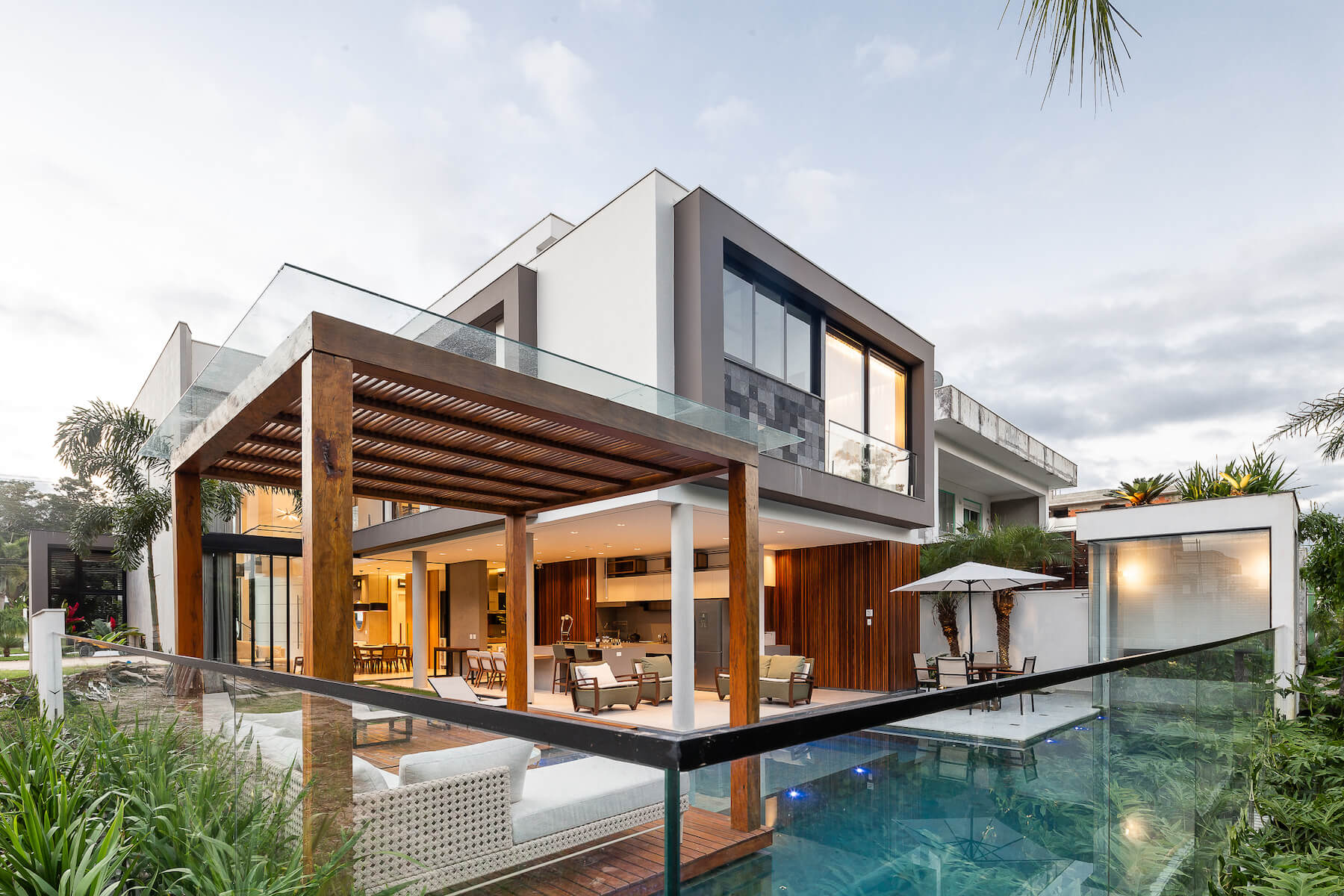 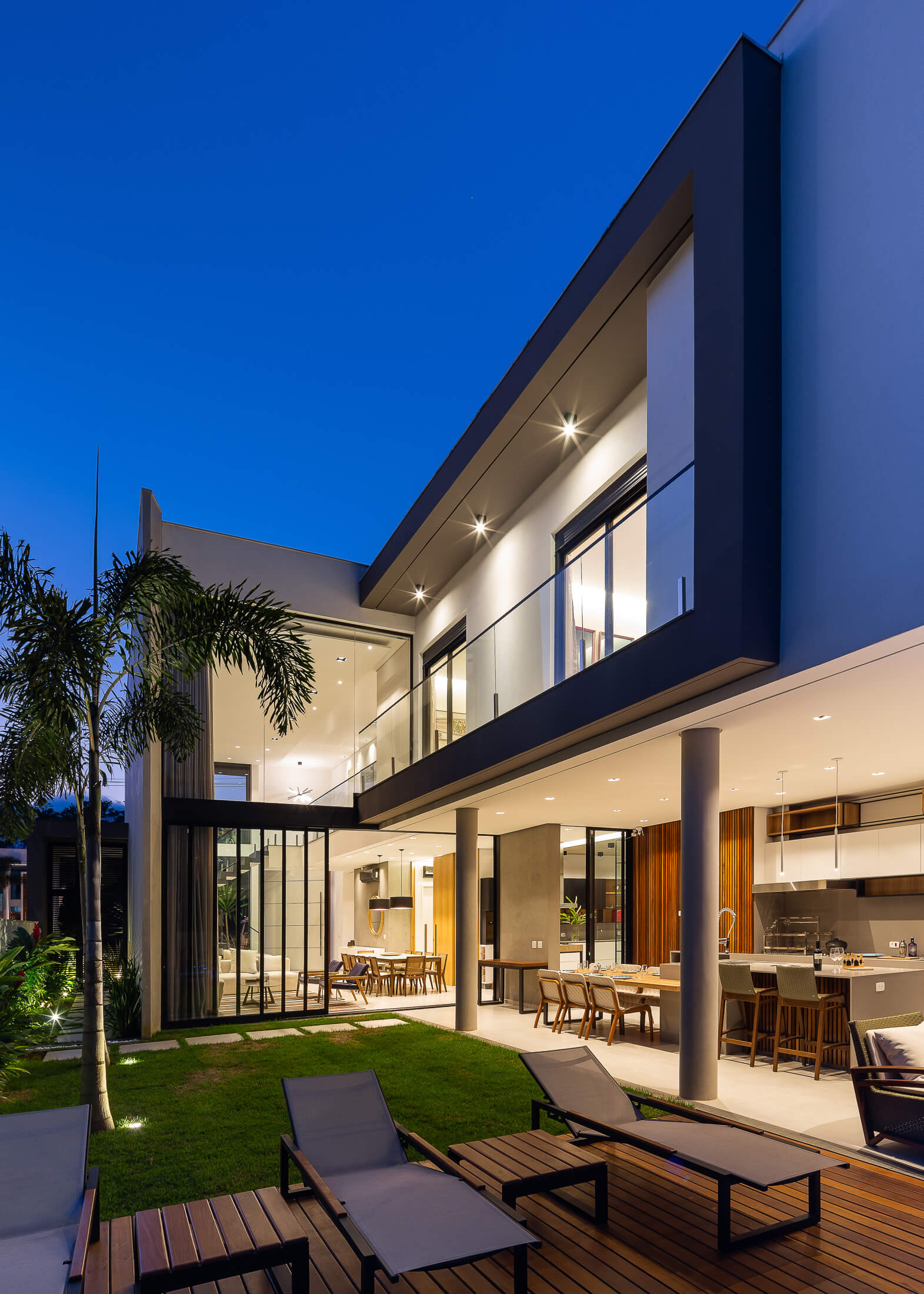 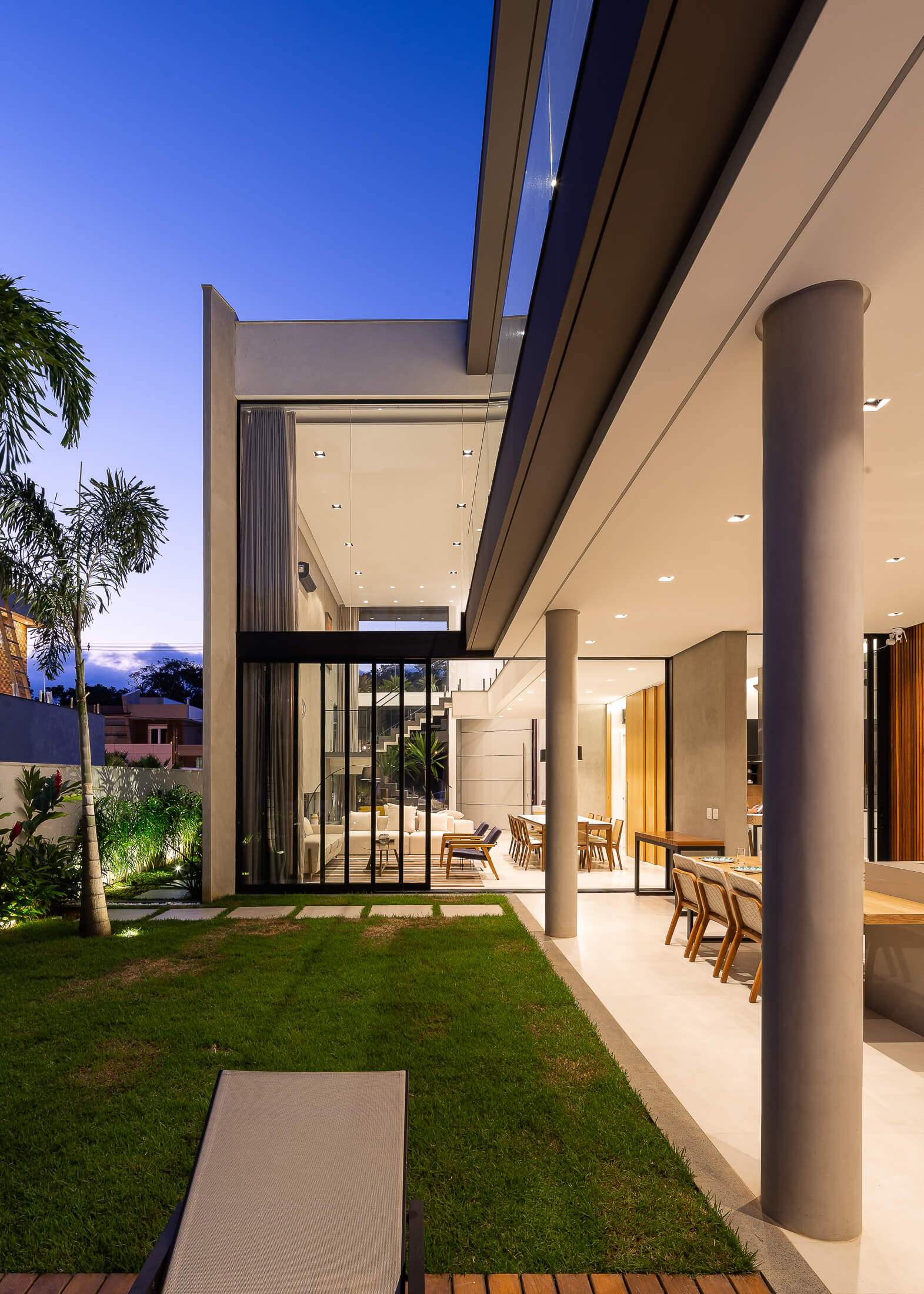 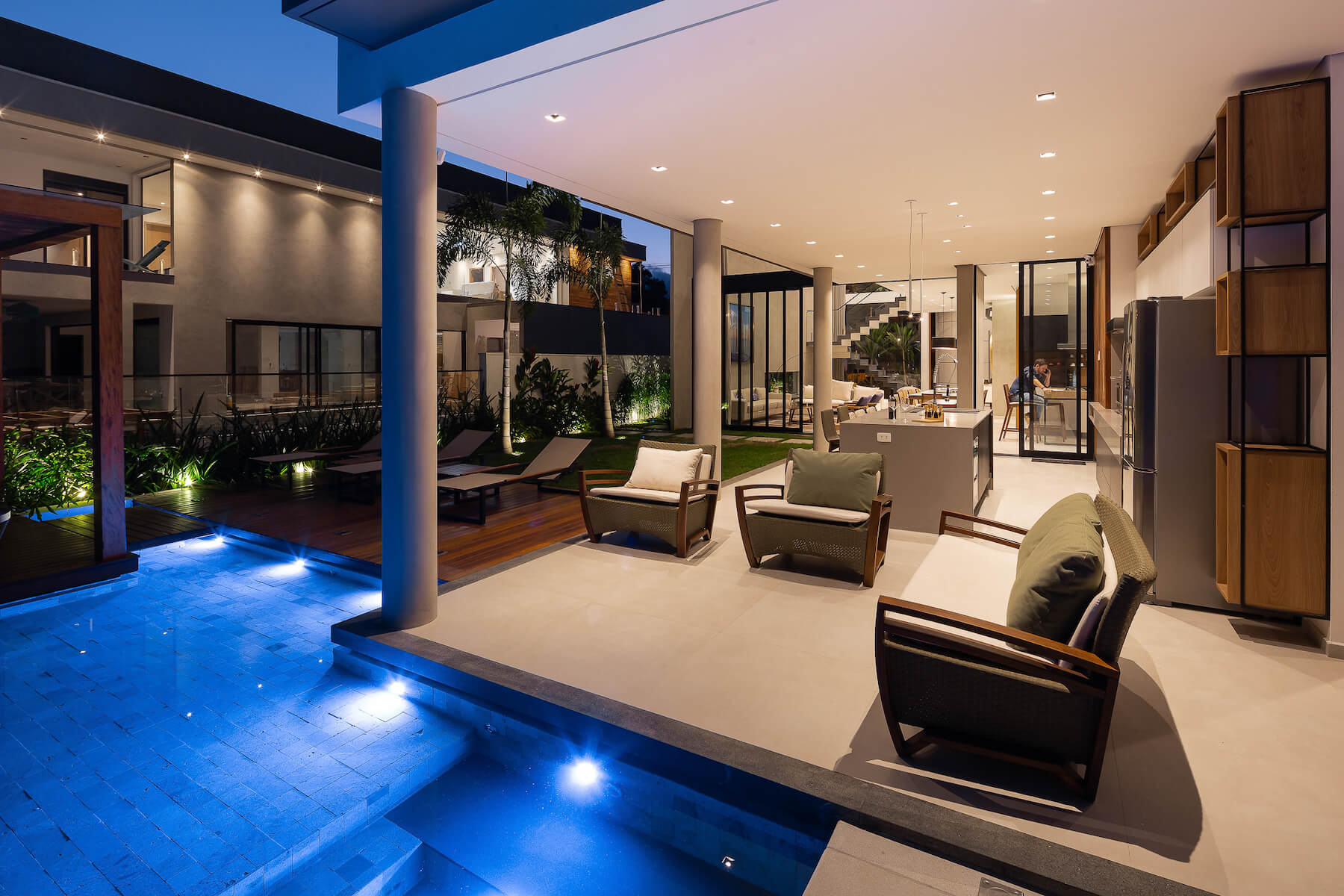 Connect with the Raiz Arquitetura 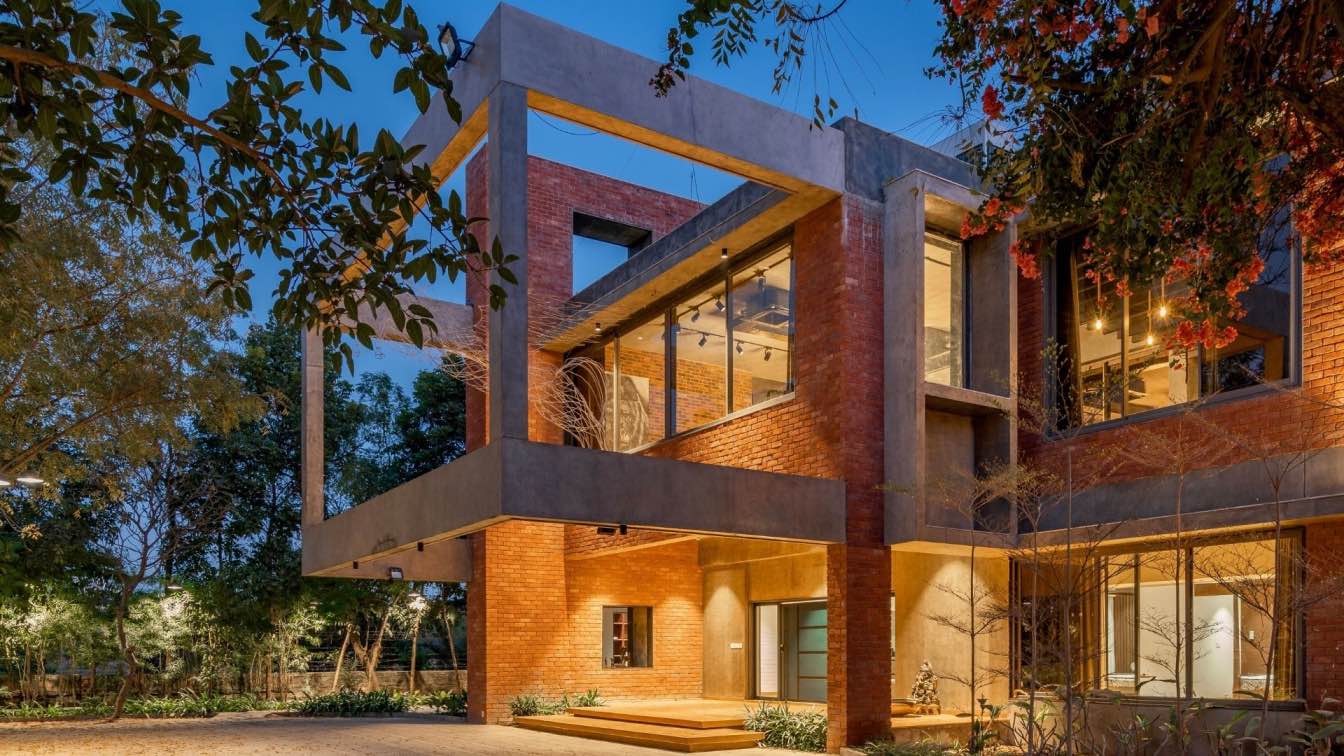 The Epicurus House in Ahmedabad, India by Vihar Fadia Architects 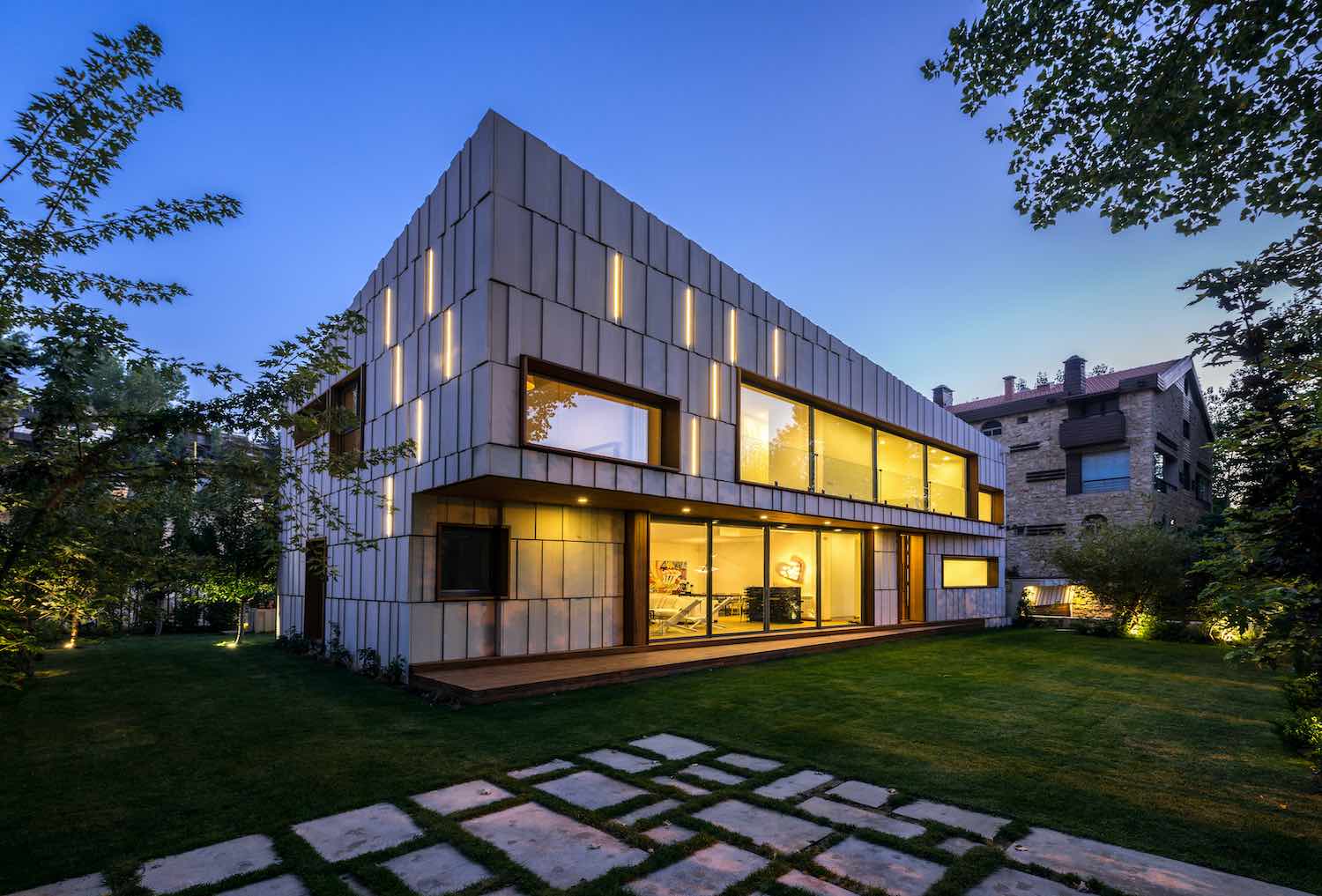 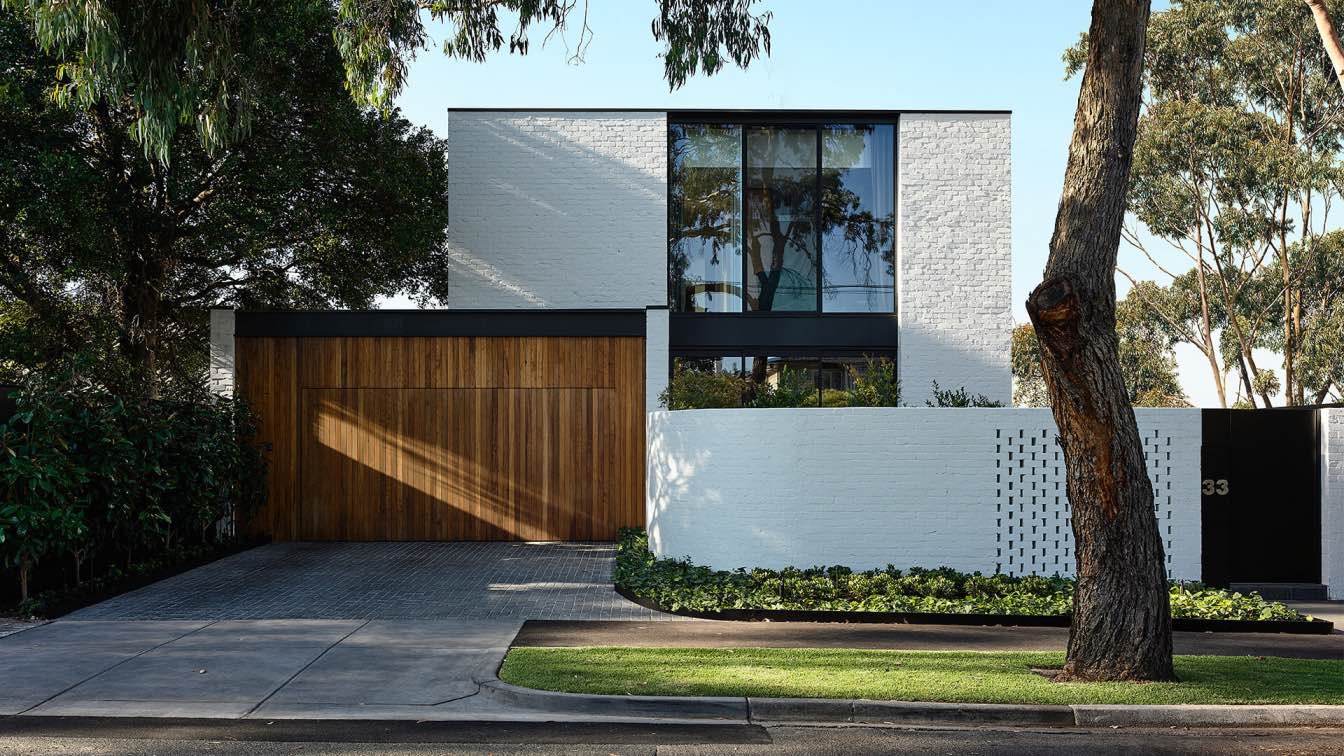