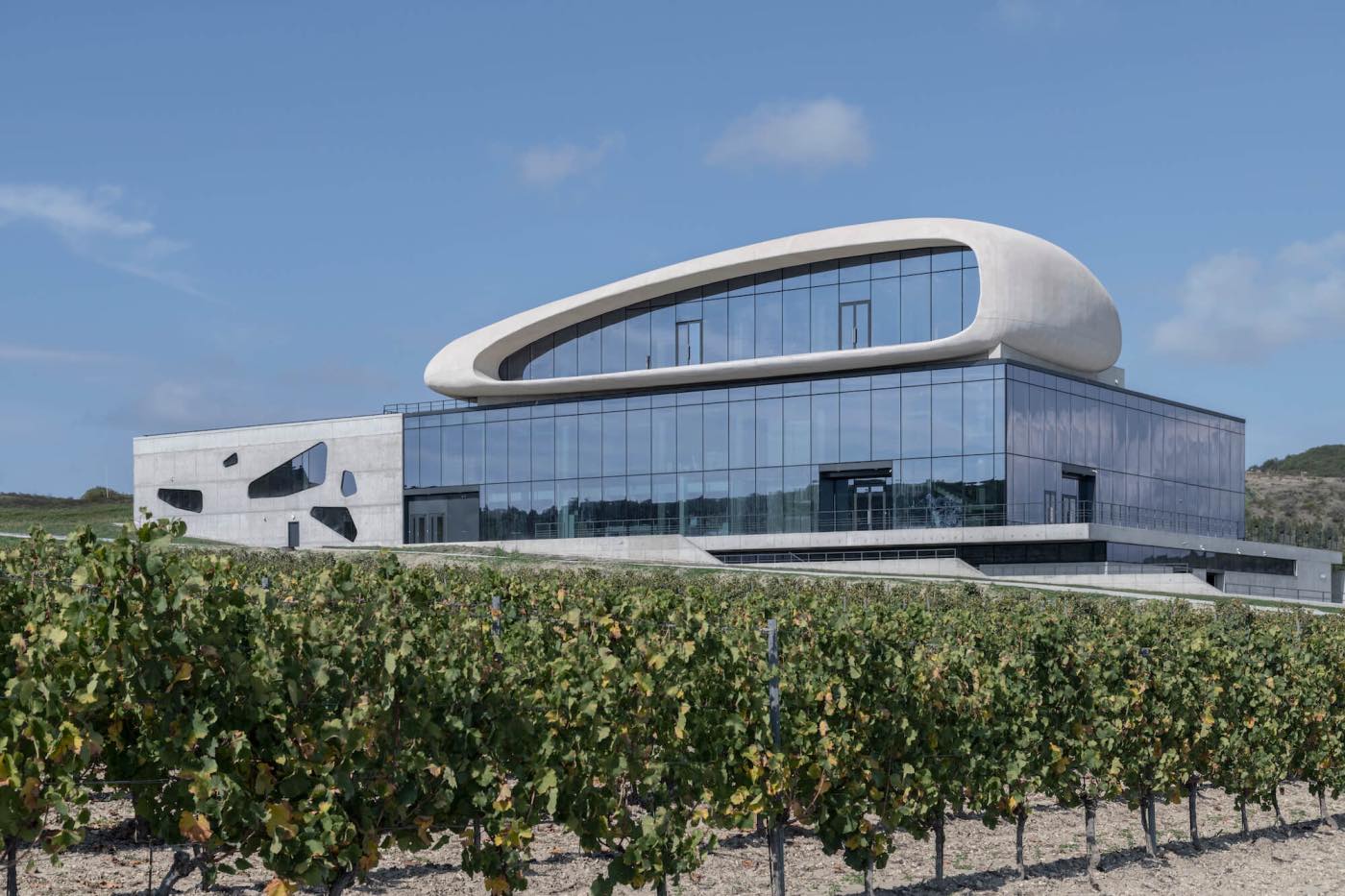 Settled into the picturesque hills of the Krasnodar region in the South of Russia not far from Anapa, a new winery under the Cote Rocheuse label is designed by architect Alexander Balabin - founder and chief architect of Severin Project architectural bureau (Moscow, Russia).

A beautiful, quality-oriented vineyard of 32 hectares was planted from scratch, right on the Black Sea coast. Wine production in Cote Rocheuse is based on the principles of gravitational winemaking which drives the winery architectural plan. The expressive form of the winery is based on a strict functional scheme. The main functions of the building are wine production with a cellar positioned partly above ground, tasting rooms and a restaurant.

Alexander Balabin was invited to design the winery when the vineyards brought its first harvest, and the owners decided to arrange high quality wine production. The architect’s work resulted in a modern winery with an eye-catching design. The architecture became an essential part of a new wine brand.

The design idea is based on a free fantasy about landscape and sea and it won the customer over at first sight. Perception of the winery complex is determined by the antithesis "rectangular vs. bionic"  or "technocratic vs natural".

The architect enclosed the whole technology that needs a significant height in a simple rectangular volume, that is integrated into the slope on the site. Gravitational winemaking excludes the use of mechanical means of pumping grapes therefore, tanks of the cellar are filled through gravity - so the production spaces should be on different levels.  Thanks to “unevenness” the grape juice travels by gravity from the first tanks to those in the cellar.

The upper volume with its rounded outlines resembles beach pebbles typical of the local coast.  While the lower volume contains the entire technology of wine production, the upper “capsule” is focused on the public areas - restaurant, cafe and a panoramic terrace are located here.  There is also access to the roof for those who want to catch a spectacular view.

The orthogonal facades of the main volume combine solid concrete panels and large-scale translucent stained-glass windows, while the "cobblestone" volume is created entirely of architectural concrete. The upper volume is located just above the glass part of the main building and is slightly shifted to appear on the main facade with a small console. A panoramic terrace with the cafe is organized in this here.

The building looks completely different from various angles and is also designed for the perception from a bird's-eye view as a helipad is equipped in the neighborhood.  Its perception strongly depends on the time of the day: depending on the light the concrete shell looks either almost snow-white or dark gray - just like pebbles, a stone that changes its colour contacting either with the water, or with the sun.

The Cote Rocheuse winery was completed within a year and a half. The first Cote Rocheuse's estate wine is scheduled for 2021.

Connect with the Severin Proekt 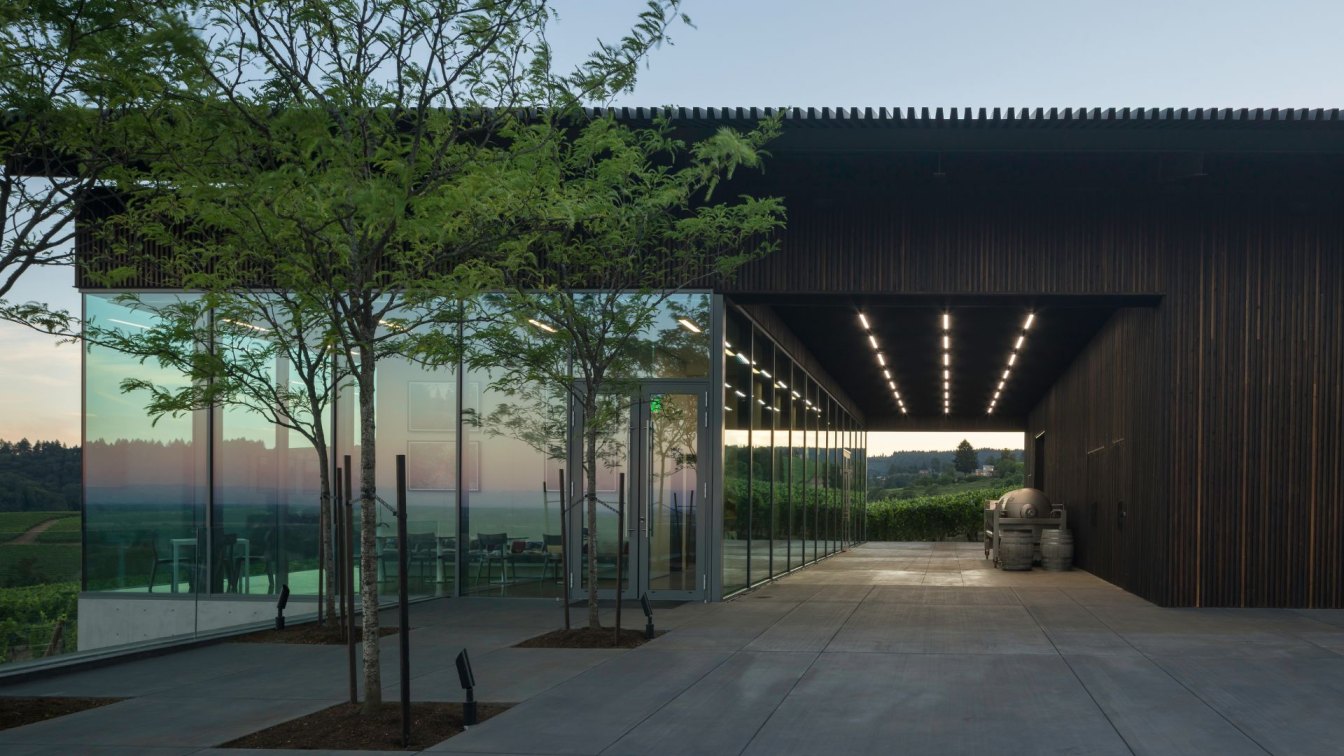 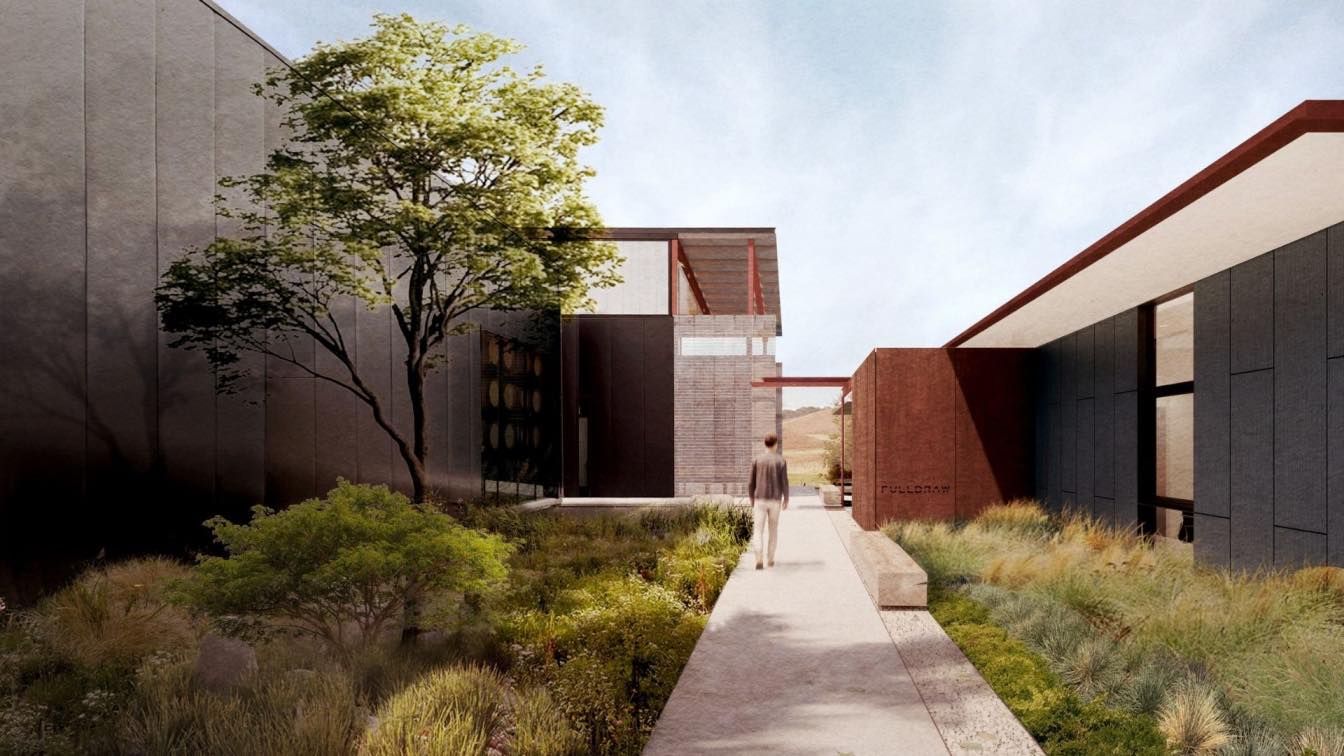 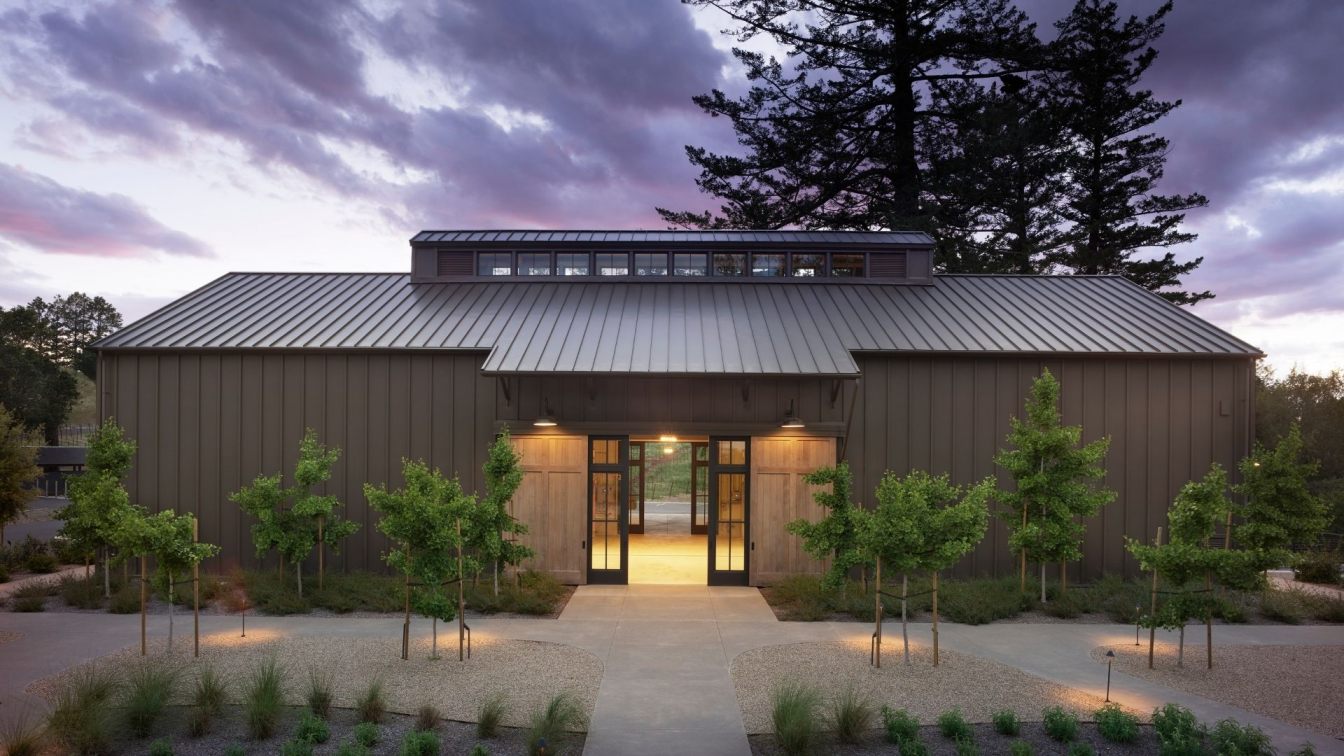 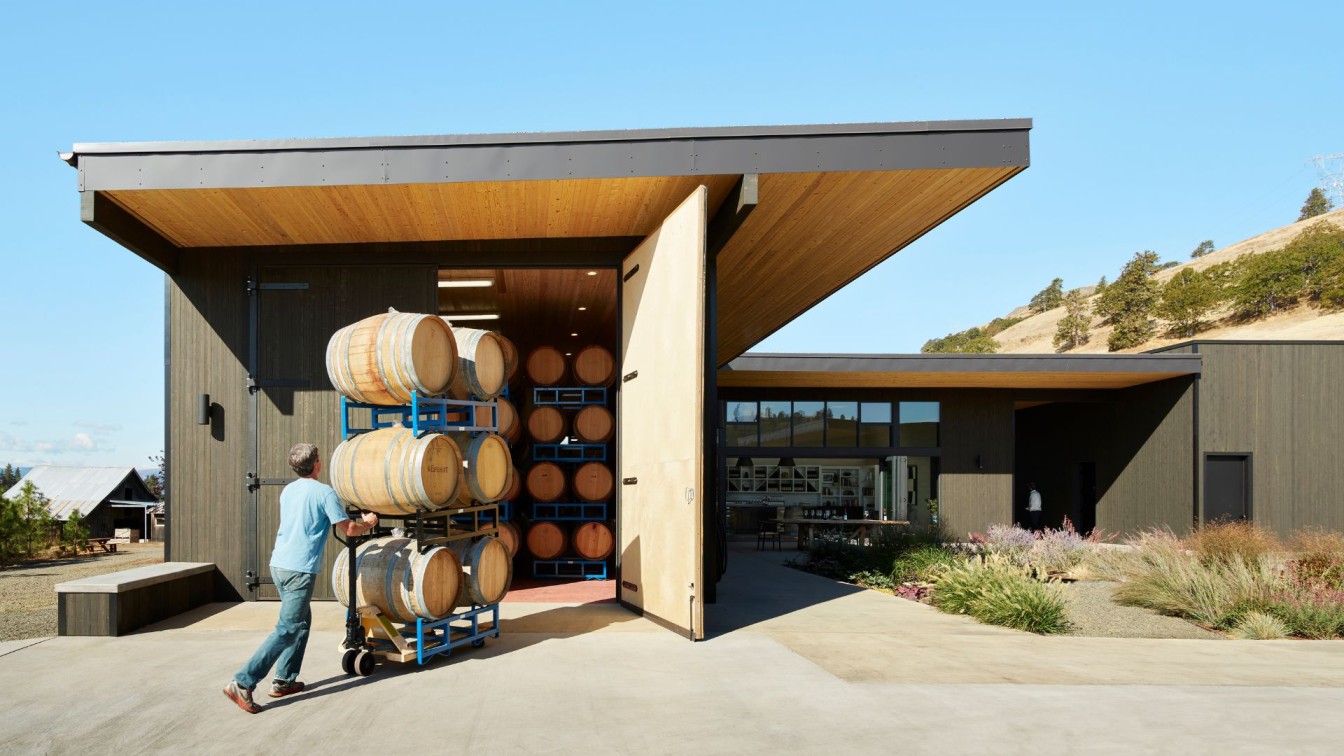