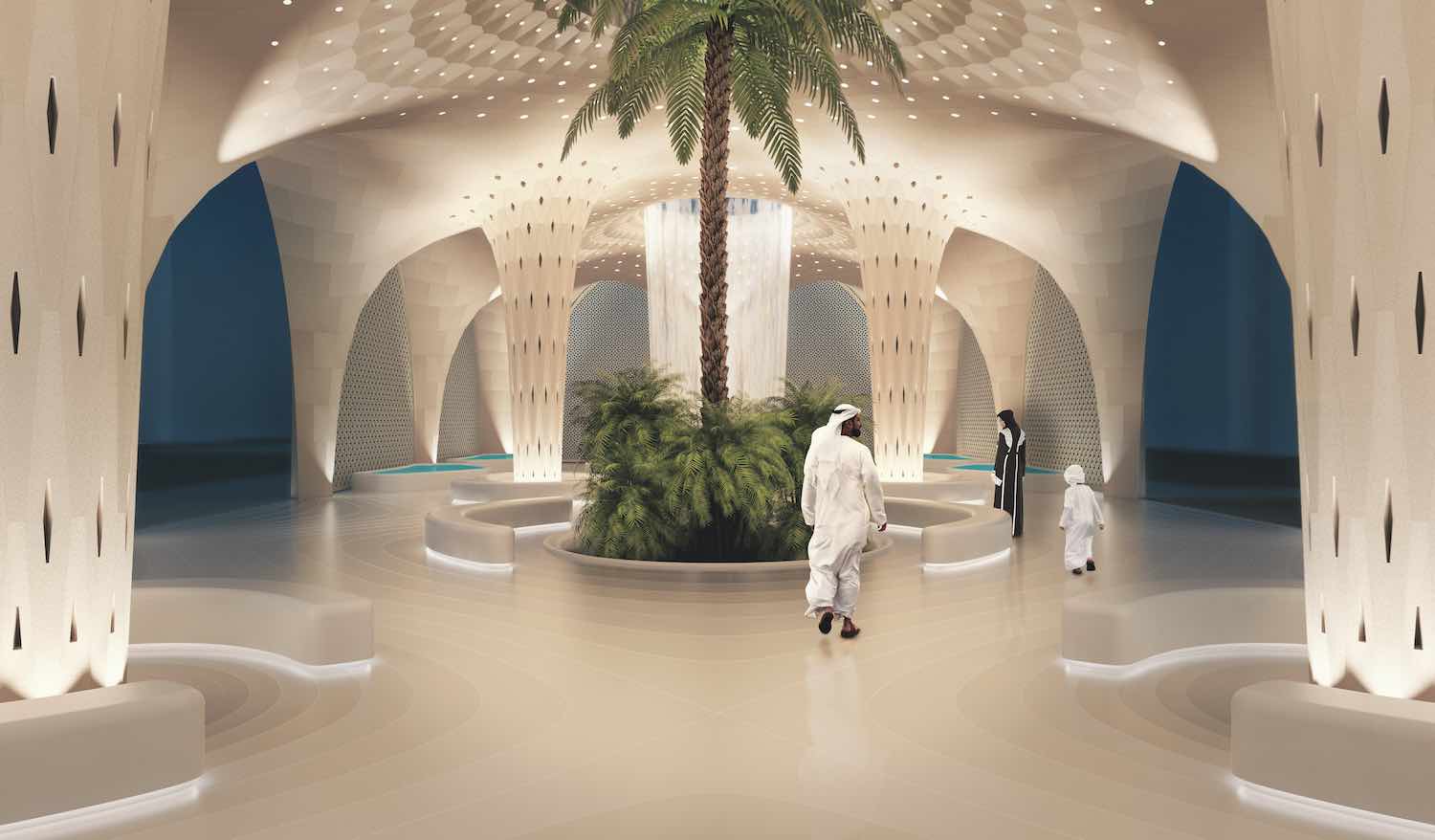 Architect's statement: Urban Dunes is a project which envisions a futurable solution to reduce the heat island effect for an extreme climate such as Abu Dhabi’s, where the harsh conditions felt across significant months of the year reduce the feasibility of normal external activities. The Italian design firm Barberio Colella Architetti with architect Angelo Figliola have elaborated a design proposal that started from the deep awareness of the climatic context of Abu Dhabi's and Emirates’ traditional architecture, such as elegant vaulted spaces, vernacular shading devices, and cold-water basins.

The main architectural idea behind the project is to ideally lift up a thick layer of sand to create an urban “oasis”, which mixes passive and low-tech active systems to maximize the outdoor thermal comfort calculated with the UTCI index. The vault is composed of several stereotomic blocks made of 3D printed sandstone, using the local sand as a primary material. The sand is made solid by using the binder jetting technology, which is capable of fabricating big blocks with a high level of precision. The use of a 3D printed vault with a thickness of 55 cm, permits to avoid the overheating of the urban space thanks to the high thermal mass of the shell, acting as a main passive strategy.

The sand is mixed with a heat reflective cool pigments to increase surface reflectance and to reduce surface heat build-up, thus reducing energy consumption through lower cooling requirements. The space below the vault represents an urban microclimatic space protected from the sun using a vernacular sun shading device, the mashrabiyya, which enhance also the natural ventilation of the space. In fact, the wind meets the perforated surface of the mashrabiyya and increases its speed due to the Venturi effect. This incoming airflow meets and touches cold water basins, spreading a sense of freshness inside the public space. Besides, the space under the shell is also naturally ventilated with the use of a low-tech system as the earth pipes and four mini wind catchers are placed by following the CFD analysis.

Also, the vegetation (palm trees) and the presence of two waterfall fountains work in combination with the natural ventilation of the space, giving a refreshing sensation, psychologically reinforced by the sight of the flowing water. The project features also two active systems to maximize cooling efforts. On the one hand, a high-pressure misting system is used to reduce significantly the surrounding air temperature (up to - 20 °C) by forcing water via a high-pressure pump producing a micro-fine mist. On the other hand, the shell is cooled through a network of tubing through which flows a cooling fluid. The constant temperature of the earth can be utilized to passively cool the fluid. By mixing those systems it is possible to reach a UTCI of 26 °C for August (the warmest month in Abu Dhabi) that represents a comfortable thermal perception for an outdoor space.

Connect with the Barberio Colella Architetti 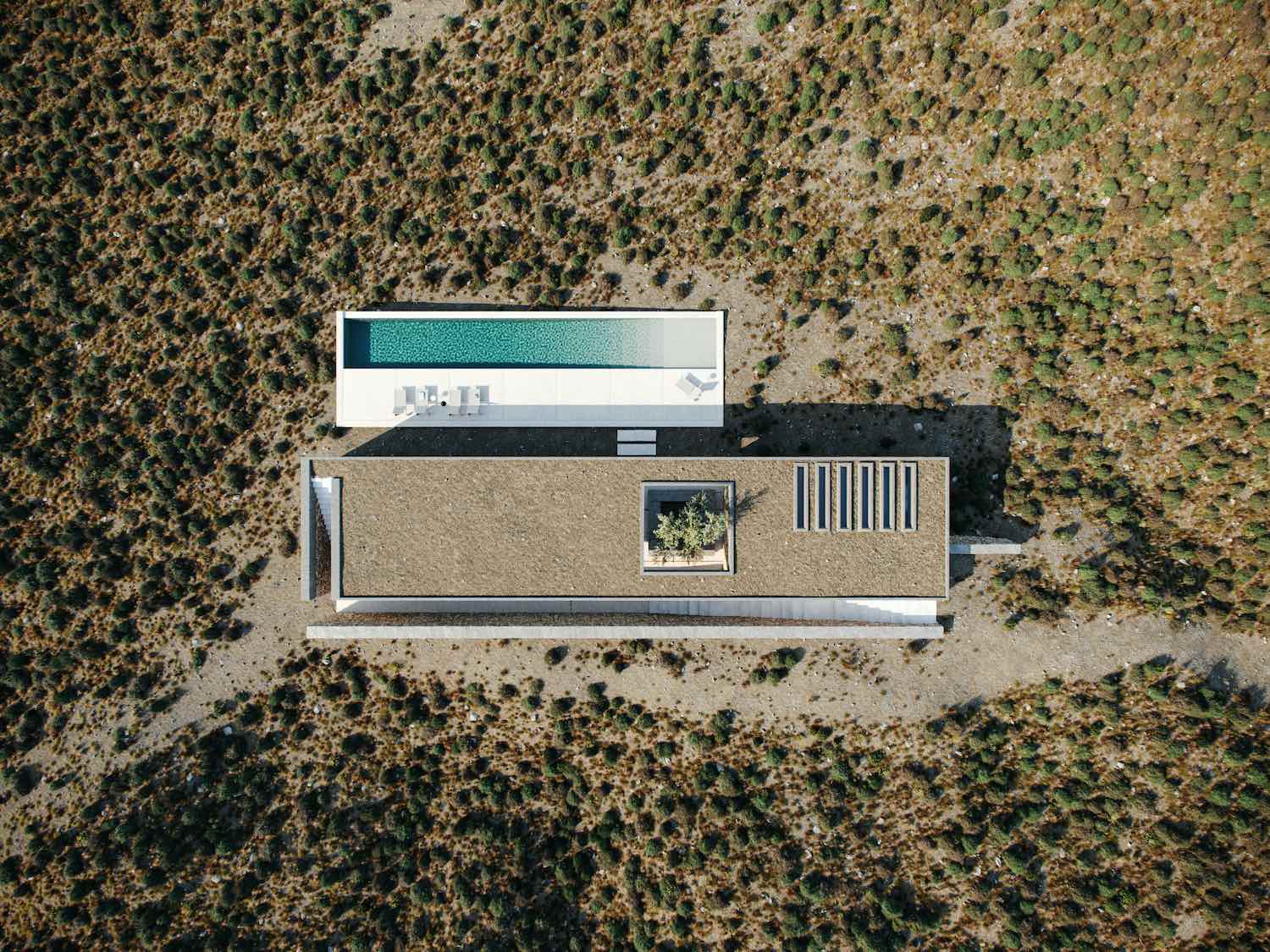 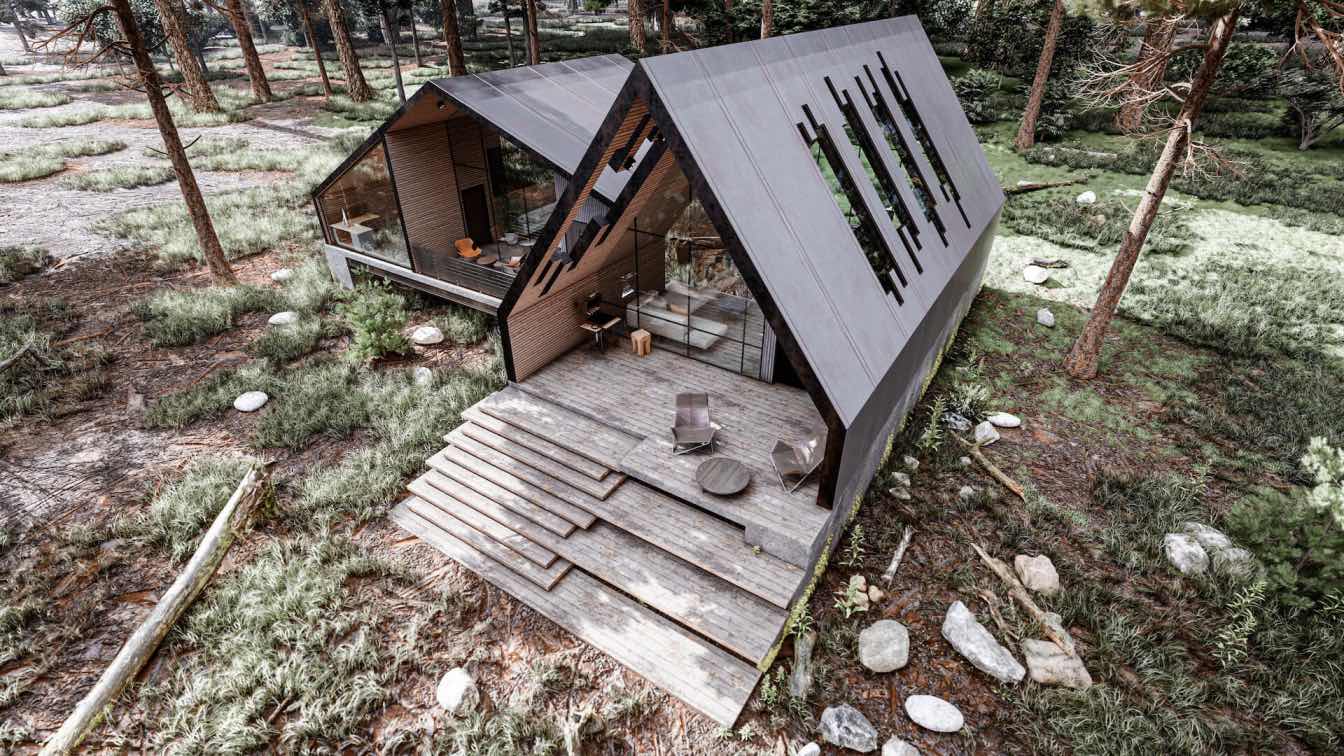 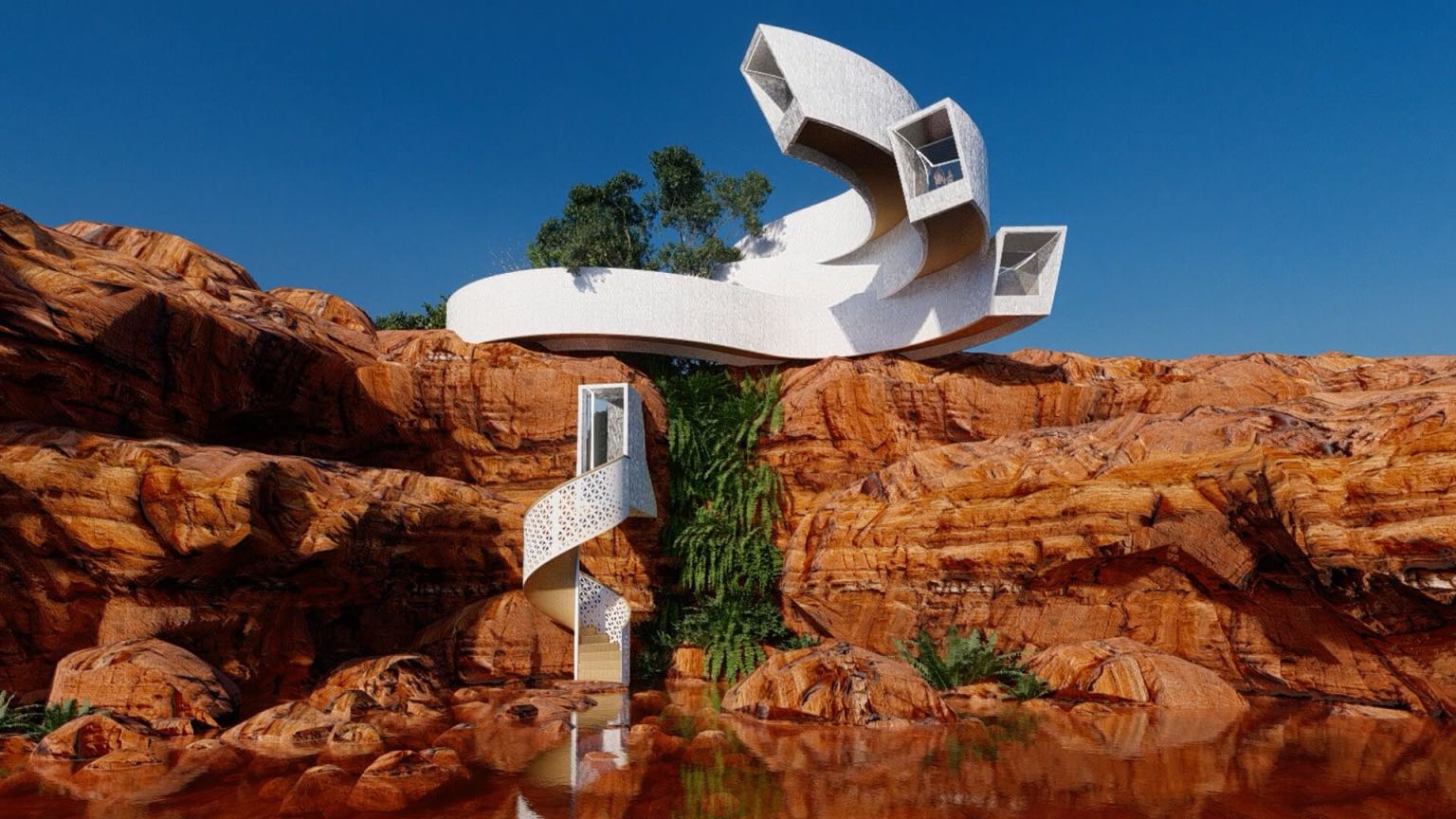