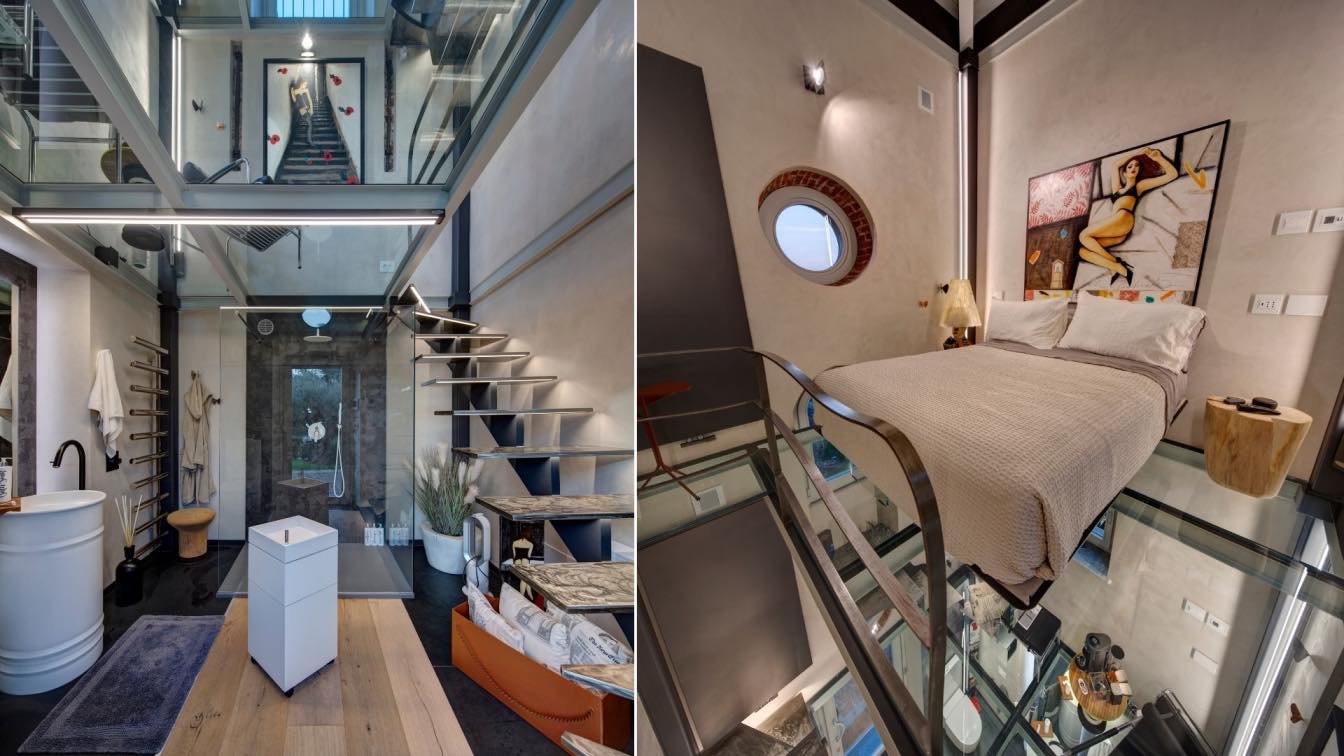 The Tower of Villa Mogna: a stairway to the sky, a tower you can live in on the Turin hill, project by the Building Group, design by Boffa Petrone & Partners.

In Pecetto, the "village of cherries" located on the hill south-east of Turin, stands the historic Villa Mogna, so called because it was the ancient residence of Mario Mogna, the mayor of the municipality in the early twentieth century. He was responsible for the introduction of cherry tree cultivation, essential for the local economy.

The ancient residence, built in the eighteenth century, is surrounded by a park of over 3,000 m2. In the park, not far from the manor house, stands an ancient tower, built in the nineteenth century and recently renovated by the Group Building. The aim of the project was to give new life to the three-storey building, transforming it into a modern, livable space, characterised by innovative solutions and equipped with cutting-edge technological devices: ideal as a guesthouse for accommodating guests at the villa on weekends. 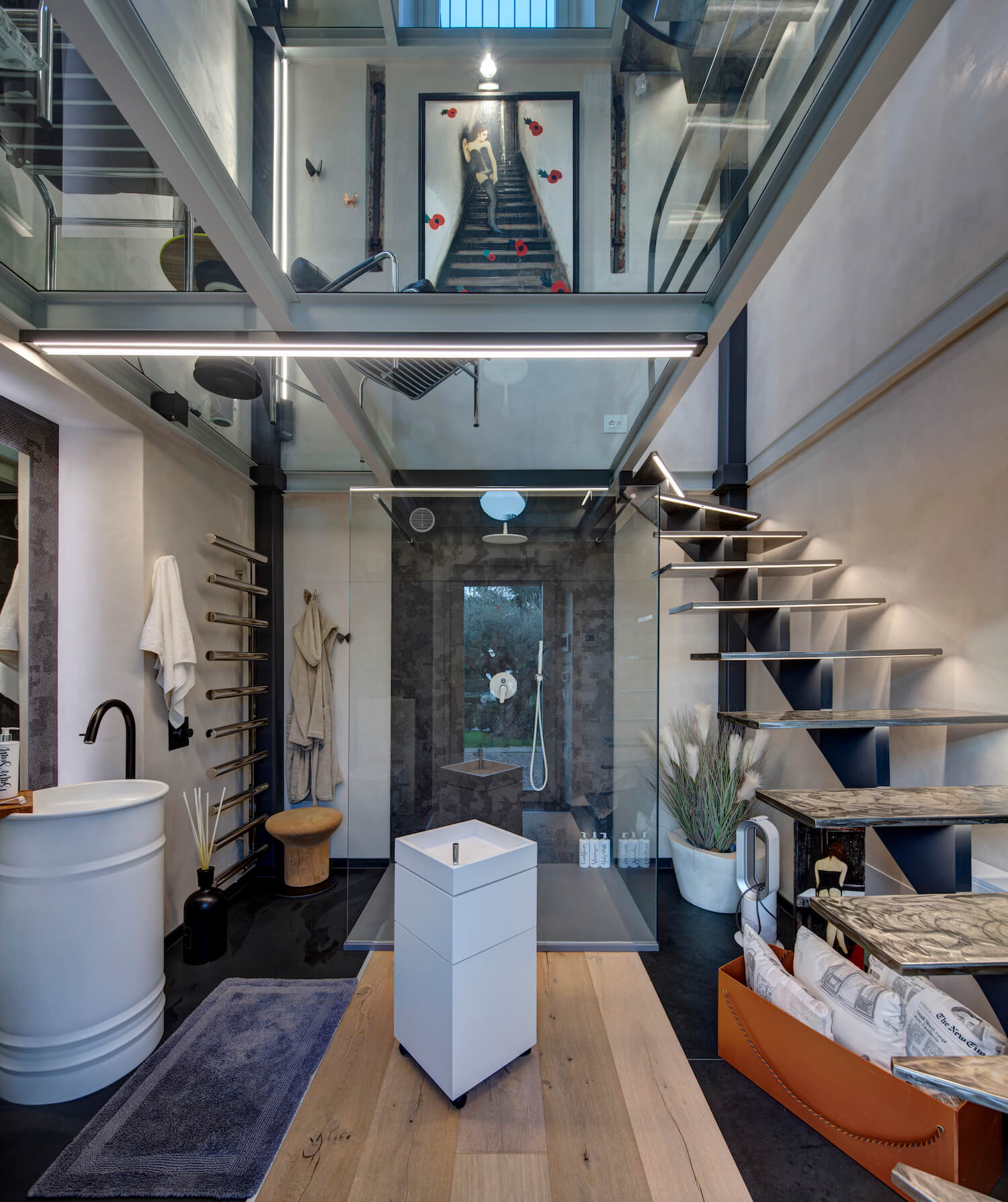 The work, which was carried out by hand and took about eight months, restored the perimeter walls of the tower, using old mortar and bricks and leaving the original bricks visible to match the doors and windows. Mainly iron and glass were used for the restructuring. In addition, the roof, doors and windows, and heating system were renovated in order to save energy and improve thermal comfort, while the electrical system benefited from the installation of home automation and  mobile control.

The work carried out by the Building Group has transformed the small tower (the floor area is 6 m2 per floor, plus the staircase) into a contemporary, functional environment. Its space and perspectives seem larger thanks to an original interplay of transparency and brightness across the three levels of the building, which enables you to see beyond the spaces available.

Surrounded by a 300 m2-garden for its exclusive use, Pecetto Tower has an entrance area with a mirrored door and a bathroom on the ground floor. A relaxation area has been set up on the first floor, with an armchair and a coffee corner. At the top, on the second floor, is the bedroom with TV overlooking the garden. 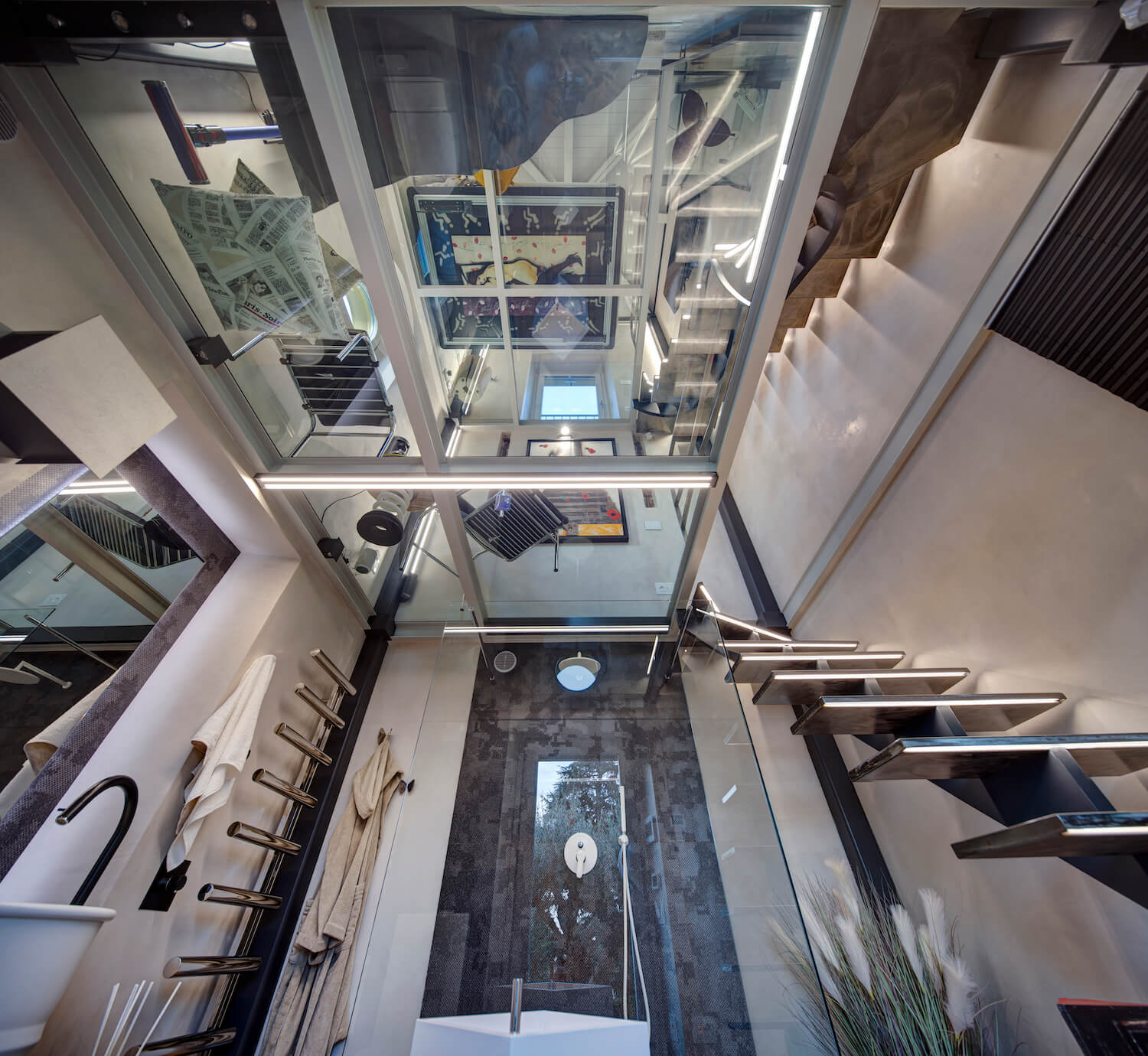 The interiors, designed by the BP+P Boffa Petrone & Partners studio, stand out for their simple, minimalist design, which ranges from elements inspired by the Sixties, such as the Zanotta chaise longue on the first floor, to more modern elements, such as the coffee table (also on the first floor) in the shape of a mechanical suspension, designed by Lapo Elkann. To these elements are added the lighting system designed by Lucifero's and the bathroom design by Agape.

In addition, a real artistic pathway called “A stairway to the sky”, by Fabio Calvetti, leads you vertically up the tower. Designed to add a touch of poetry to the modern and technological soul of the tower, the installation is divided into a series of five paintings (A breath of wind, Those hands, The reflection of beauty, Flowers like kisses, and Into the light) which mark the rhythm of an ideal journey towards light and beauty from the ground floor to the top floor in as many stages, with the female figure as the common theme. Thanks to the transparent surfaces, the route lends itself to different interpretations; it can be read from bottom to top and vice versa, in an ideal alternation of views and perspectives. 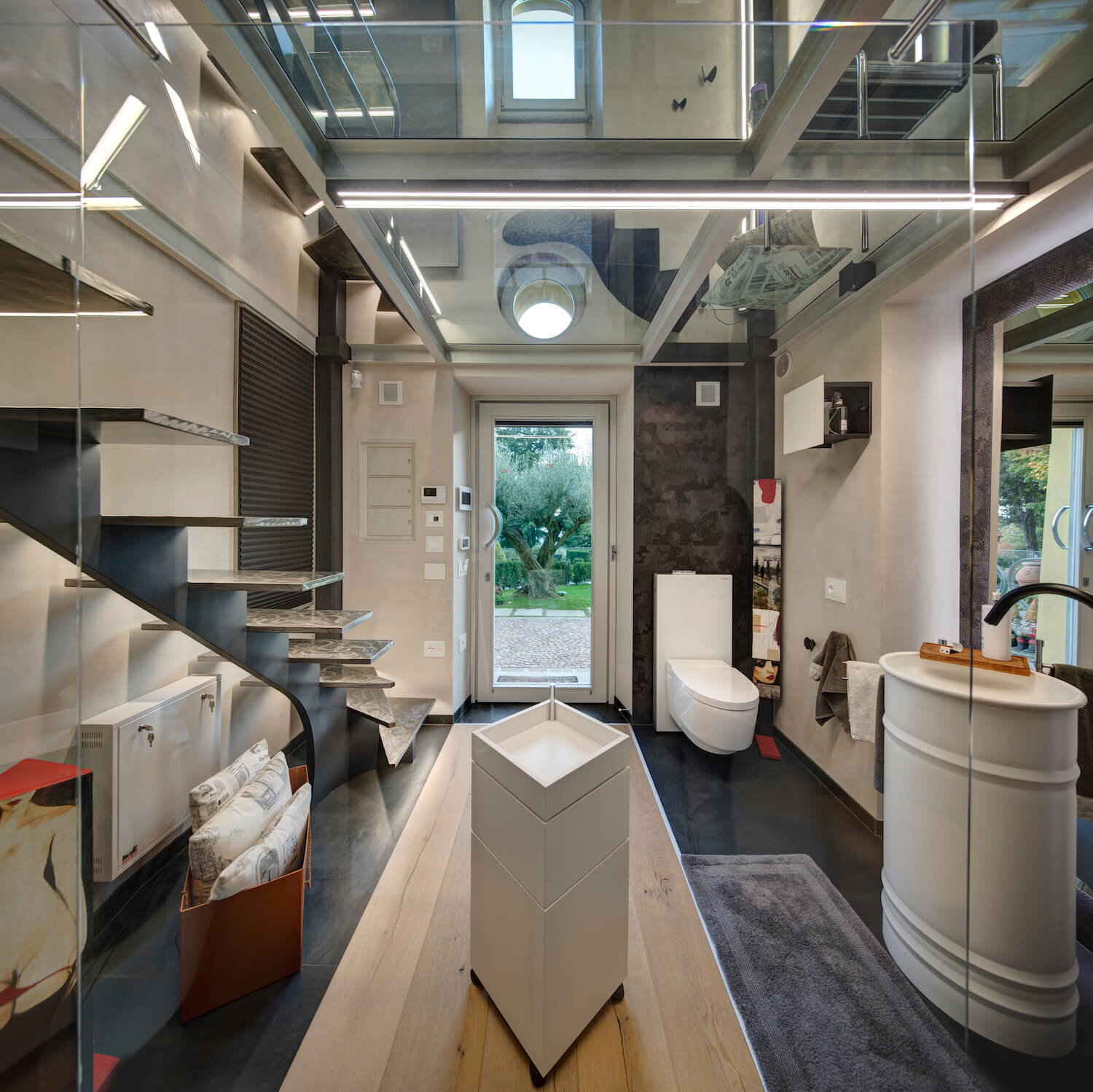 Building was founded in Turin in 1983 to design, build, imagine, and invent urban and living spaces, industrial and commercial premises, and civil, private, and leisure facilities, in Italy and abroad. The BP+P Boffa Petrone & Partners studio was established within the Building Group and specialises in architectural design and feasibility studies, interior design, building renovation, restoration, and construction management. The Building Group and the BP+P studio are renowned for The Number 6, "the most beautiful house in the world": the transformation of a Baroque gem a stone's throw from Piazza San Carlo into a contemporary condominium, which won the ArchDaily Building of the Year 2015 award in the restoration category. In addition to The Number 6, Building was also responsible for other fascinating projects such as Lagrange12, a restored 17th century building at the corner of Via Lagrange and Via Giolitti; Quadrato, the restoration of the Sant'Agostino convent, a ecclesiastical structure dating back to the 16th century in the historical epicentre of Roman Turin; and the work for the new OGR - Officine Grandi Riparazioni, a research and contemporary culture centre supported and managed by the CRT Foundation. Other examples include Domus Lascaris, a reinterpretation of a rationalist building from the 1950s, and the recent Uptown Turin, a conversion of the Villa San Giuseppe student residence. Building is also increasingly active in Milan, where it has opened a second office and launched various projects, such as Forrest in Town, a residential complex designed by DFA Partners; Garden in Town, which continues the redevelopment of the district started with Forrest in Town; Gate Central, a luxury home opposite the Columns of San Lorenzo, designed by the Antonio Citterio Patricia Viel studio; and Bloc Savona, in front of the Via Savona design district. 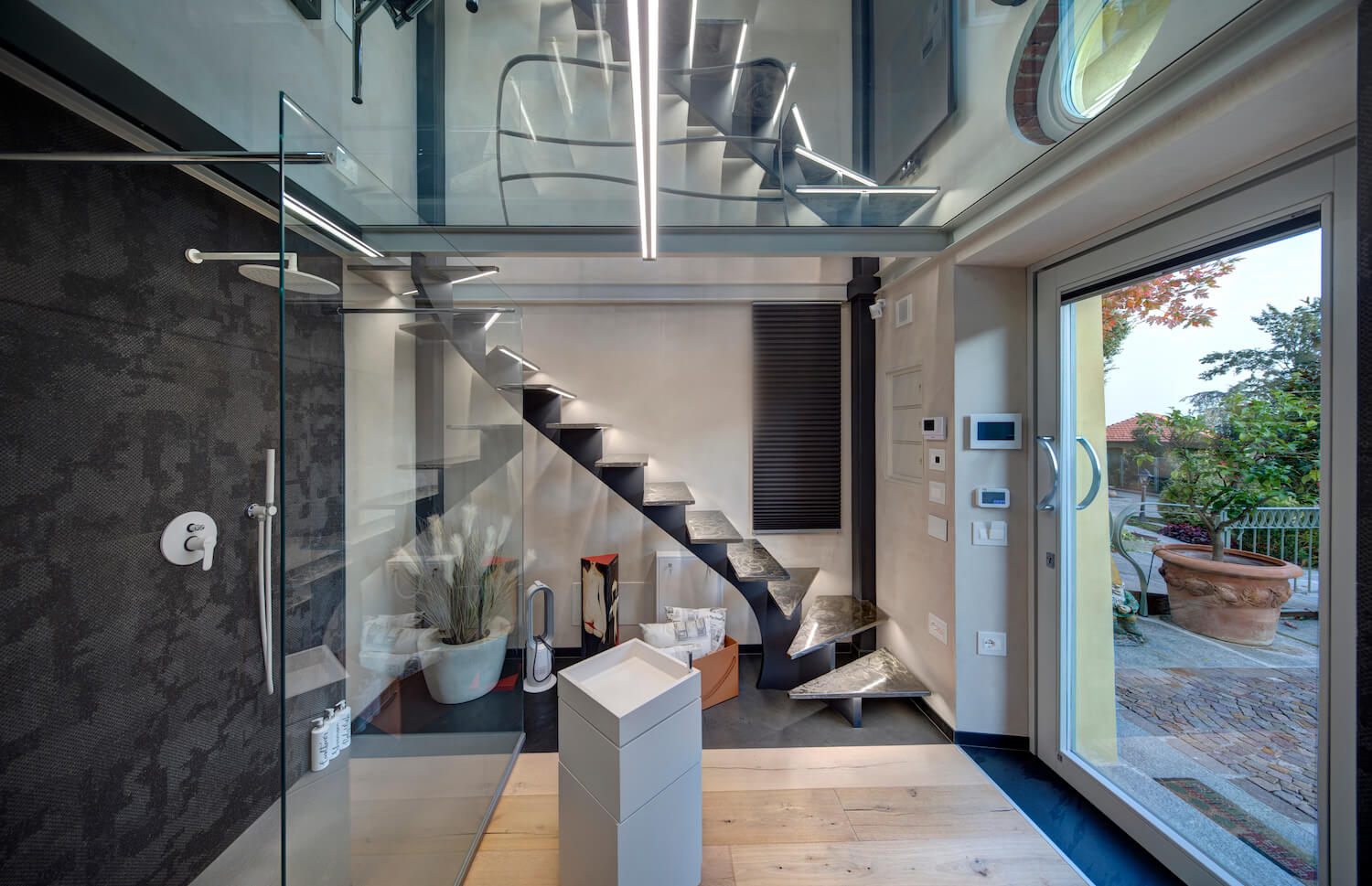 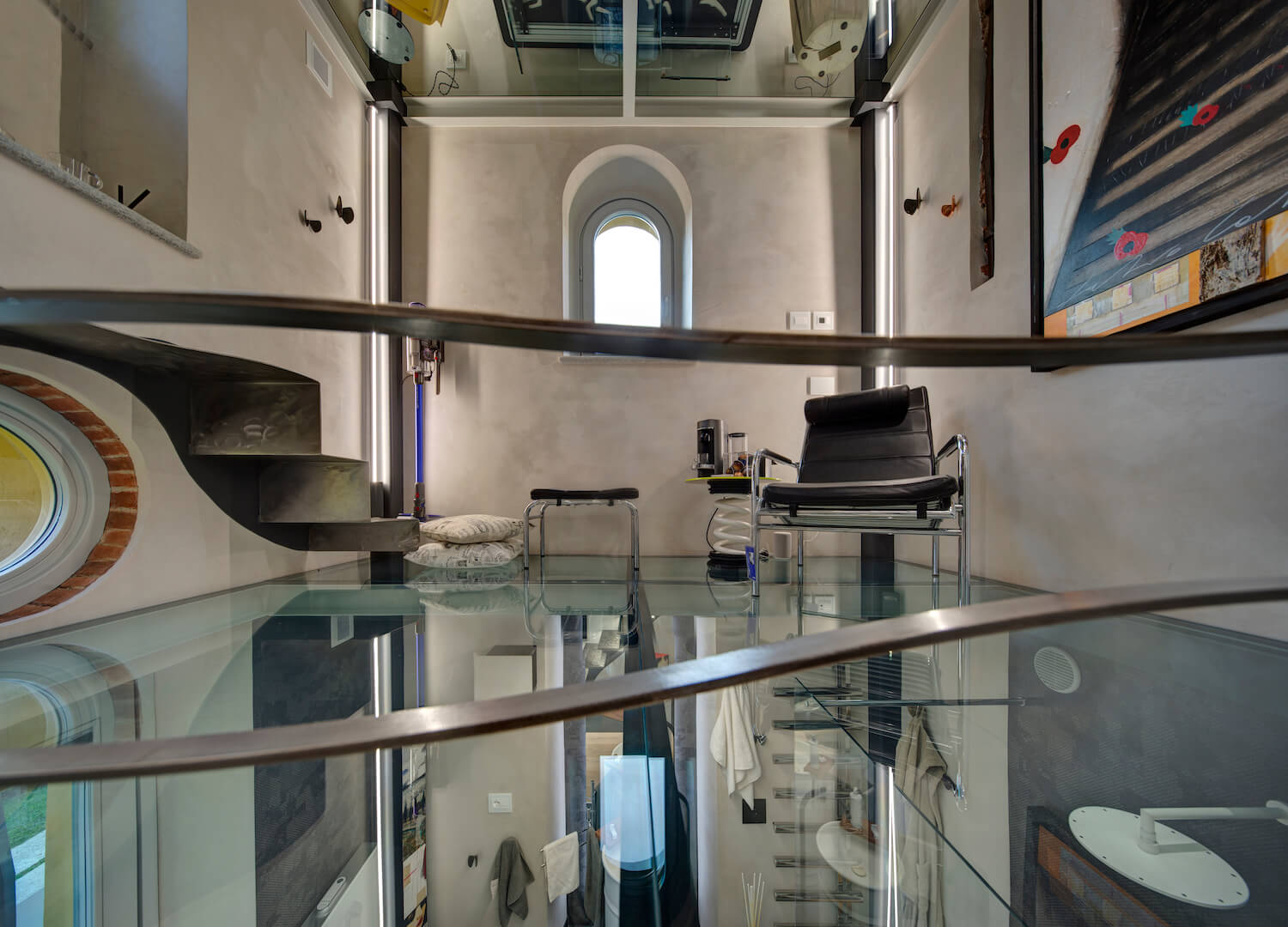 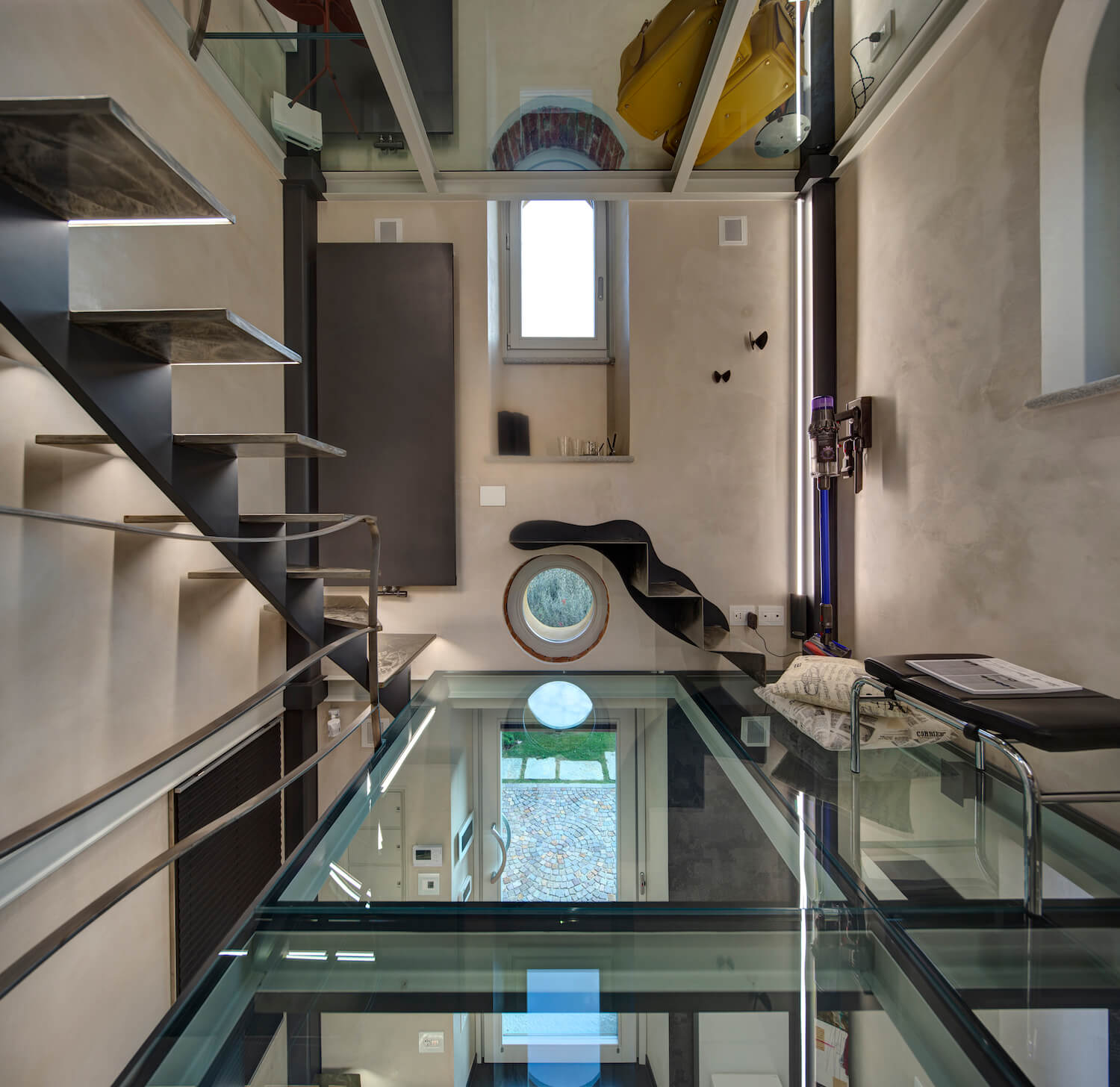 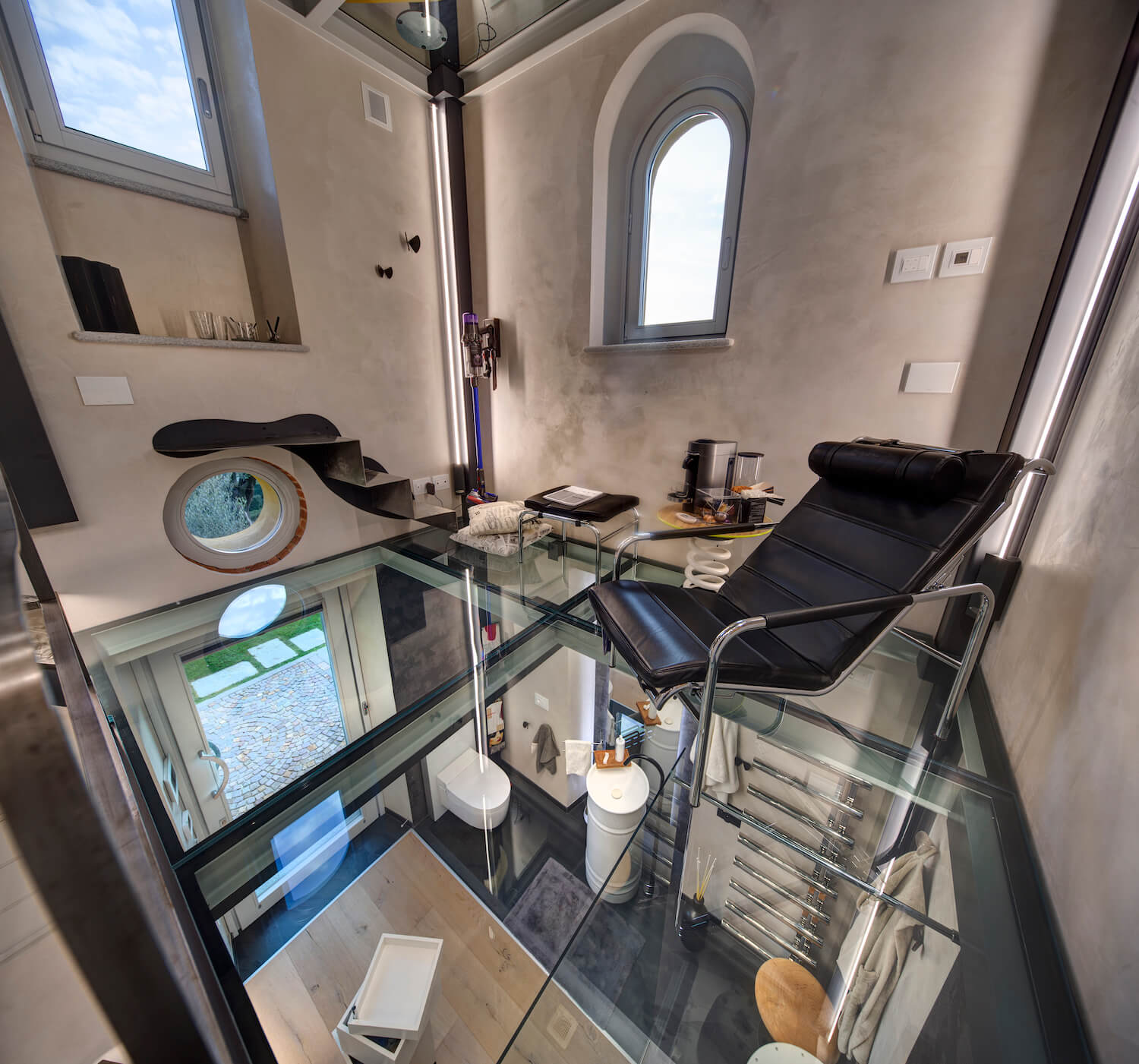 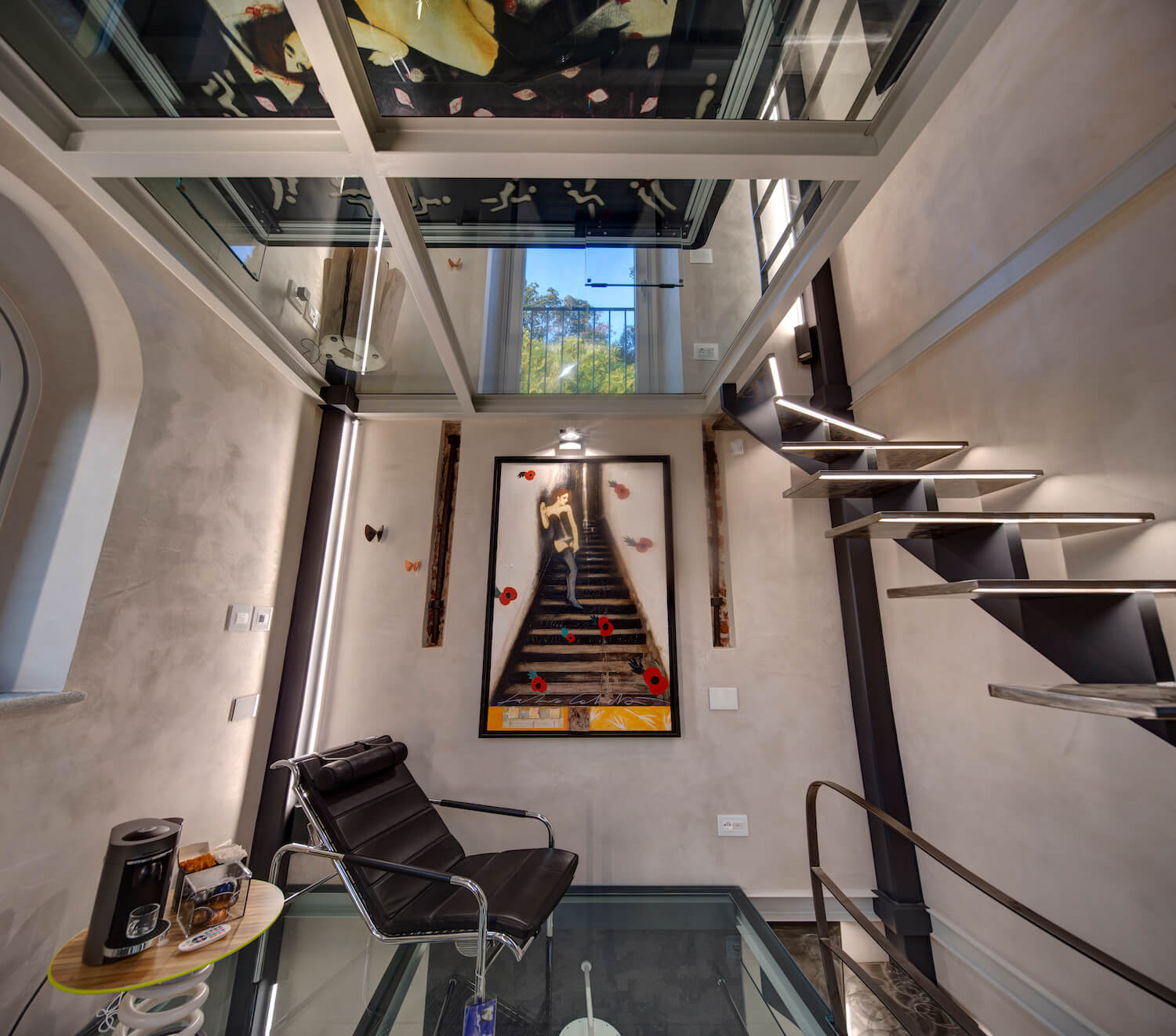 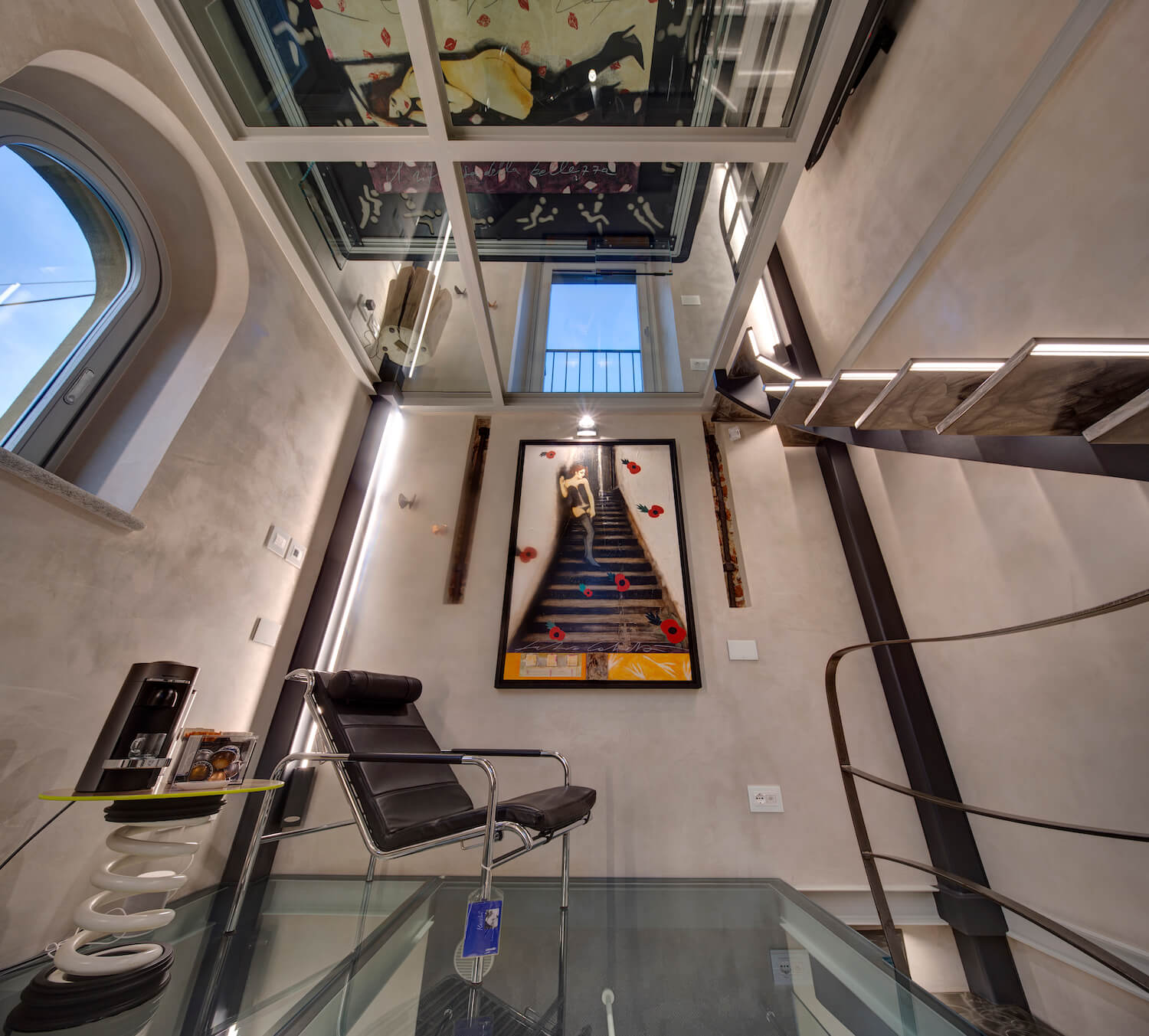 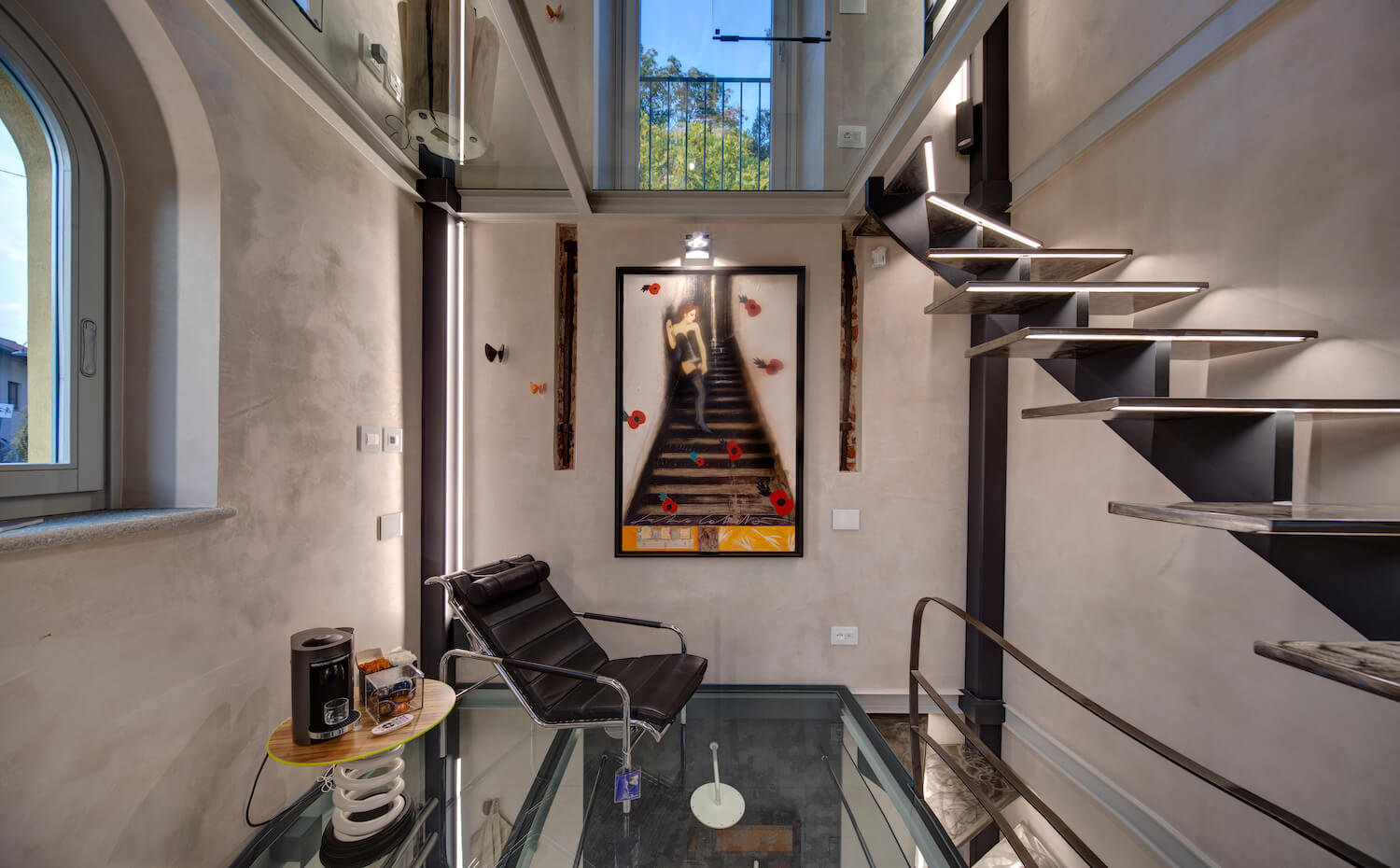 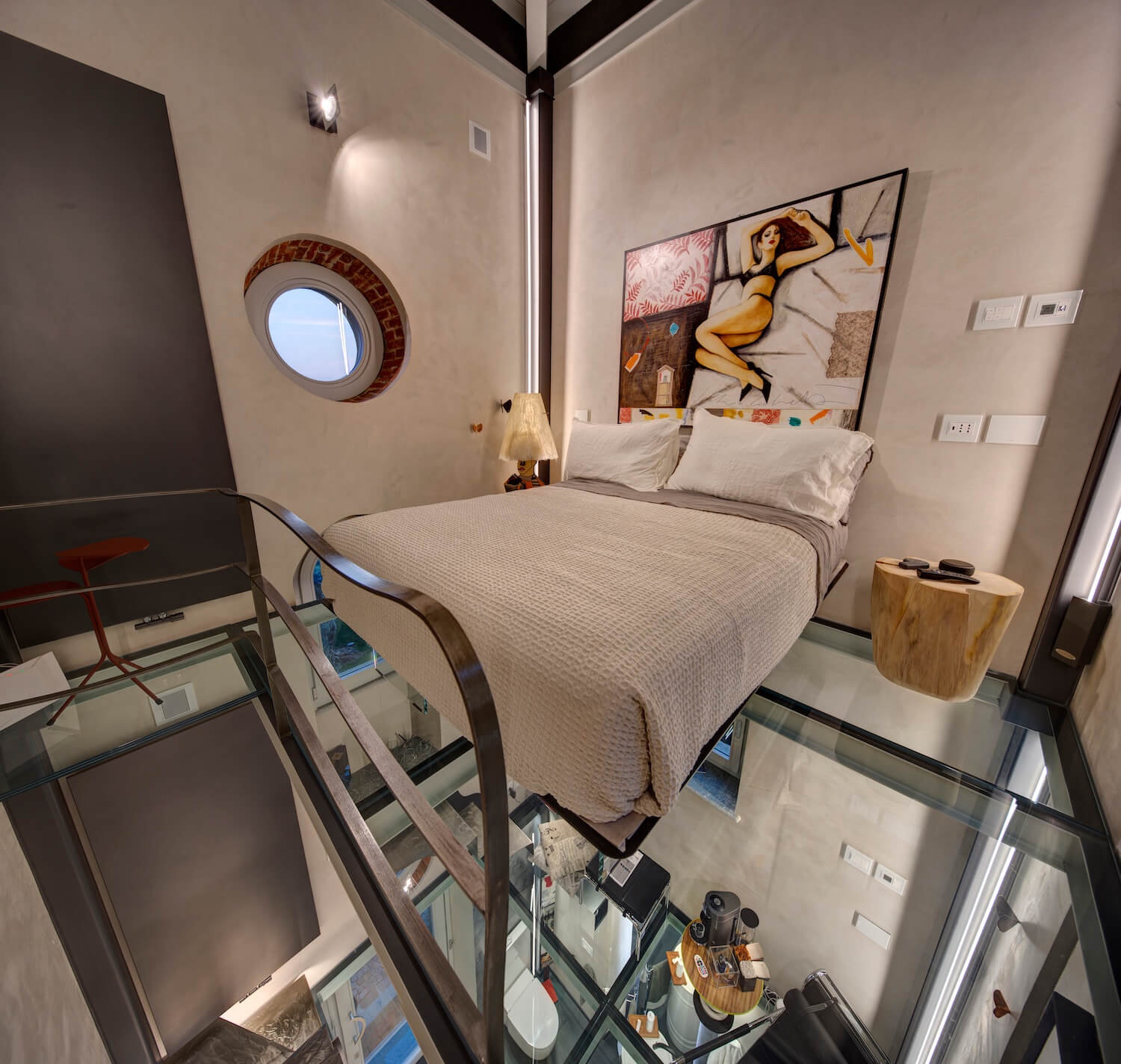 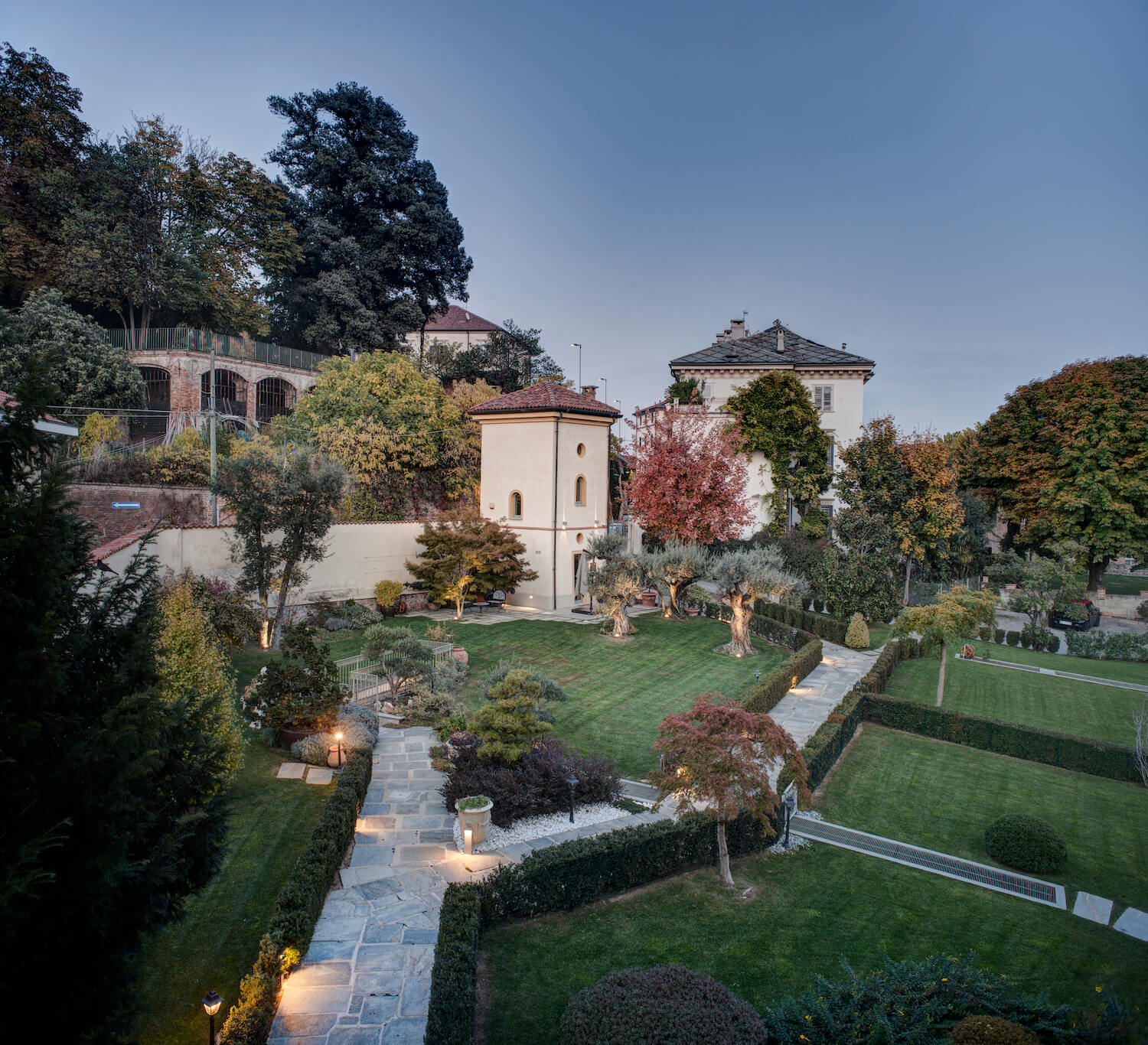 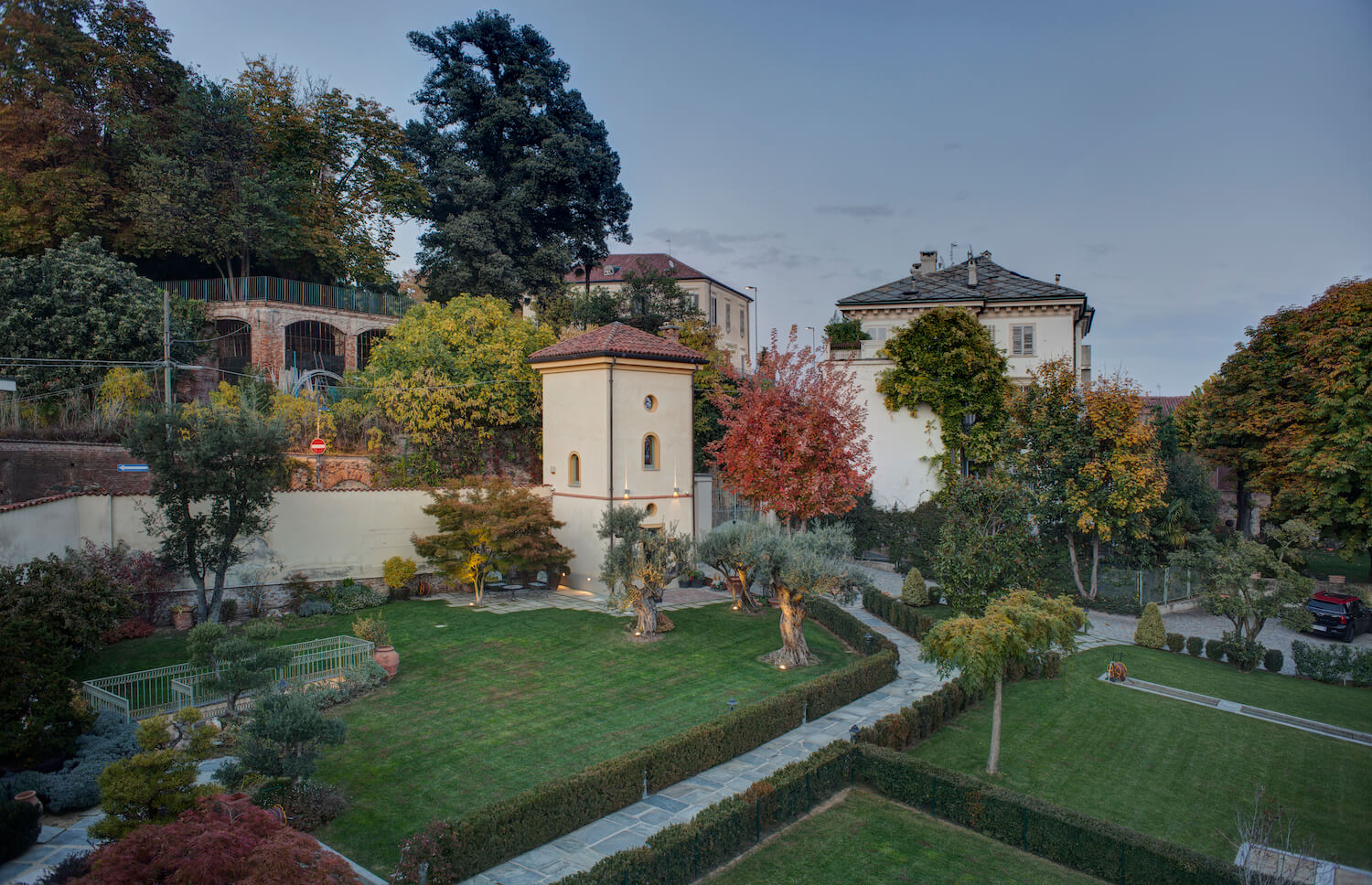 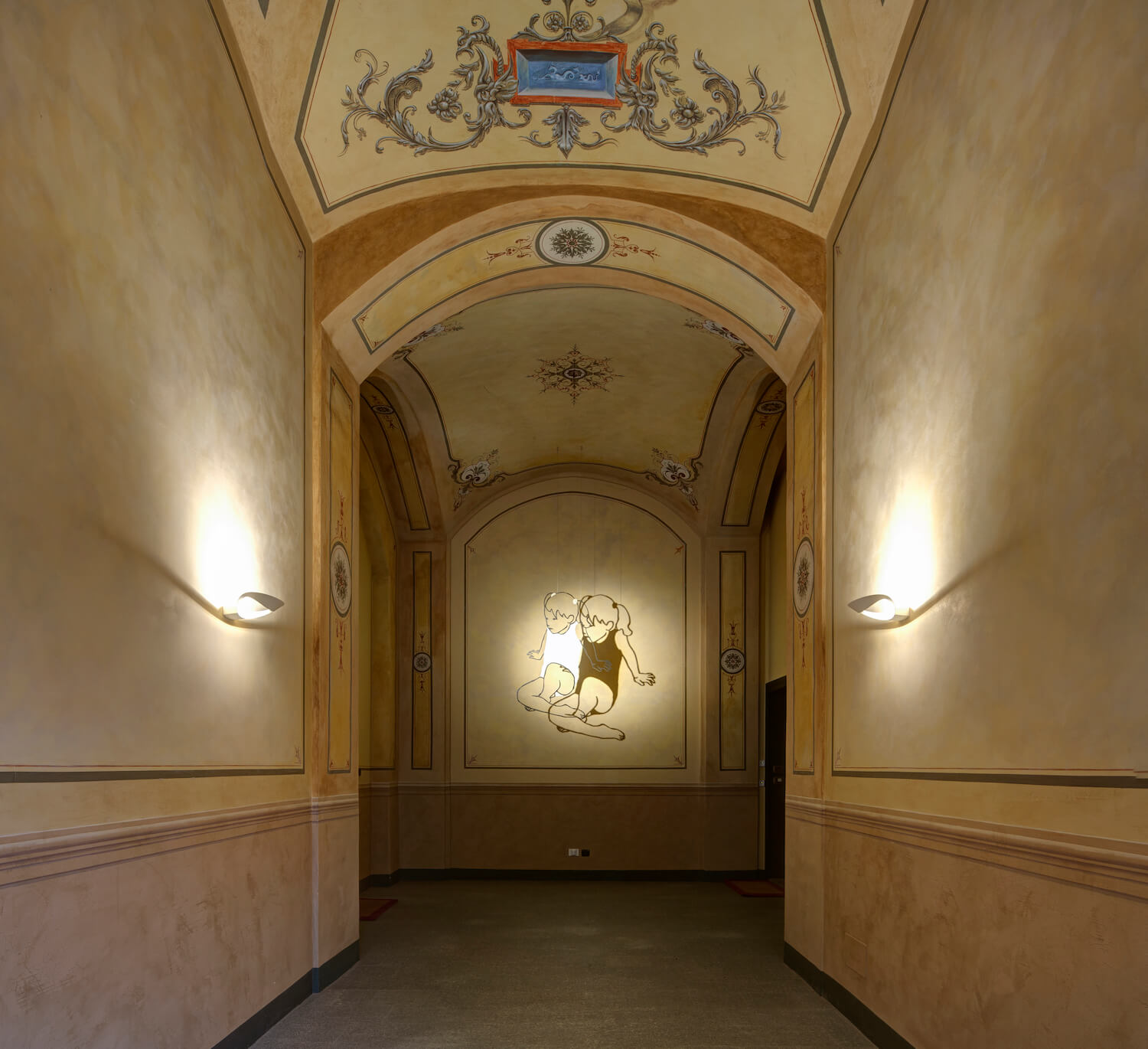 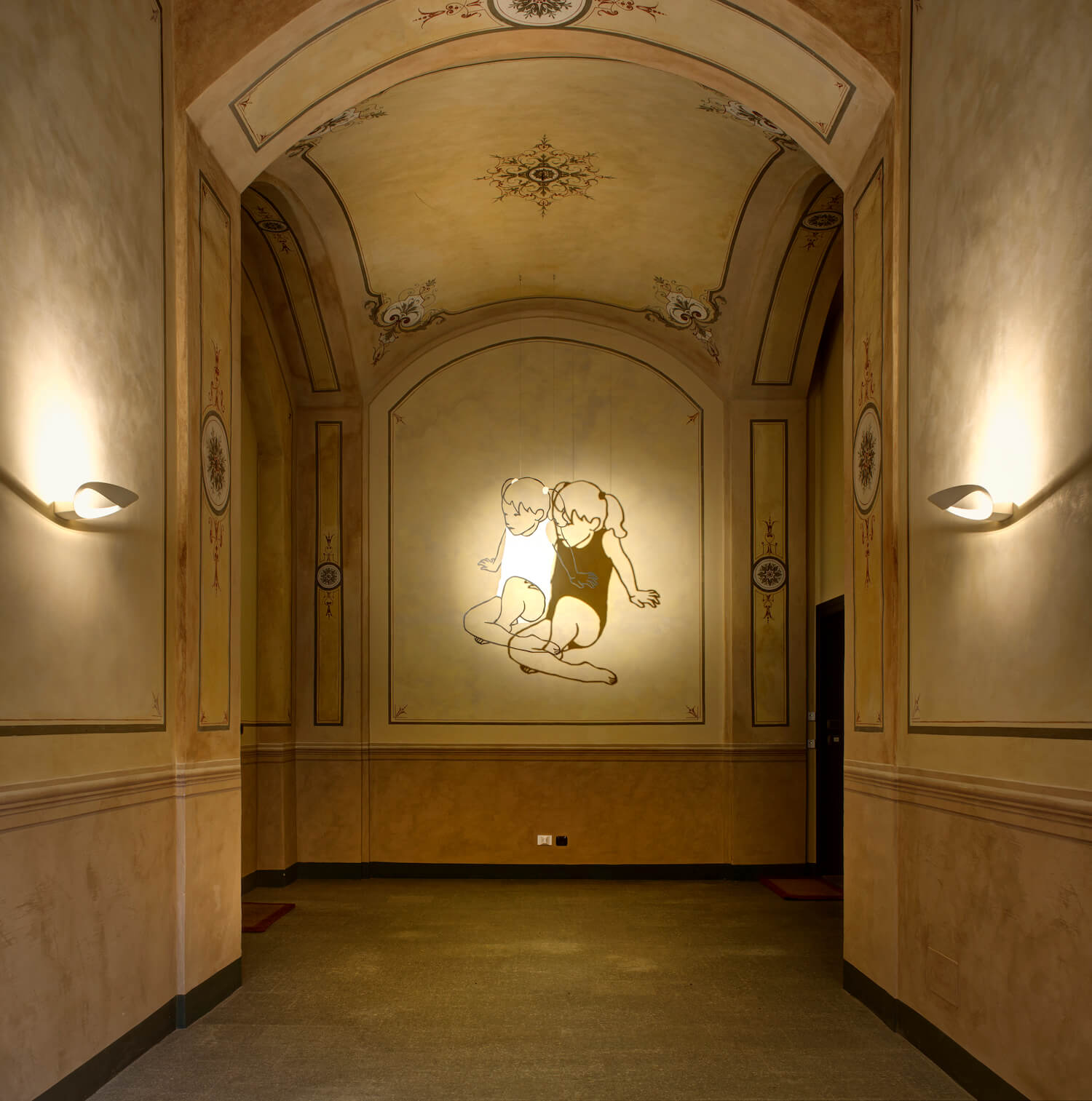 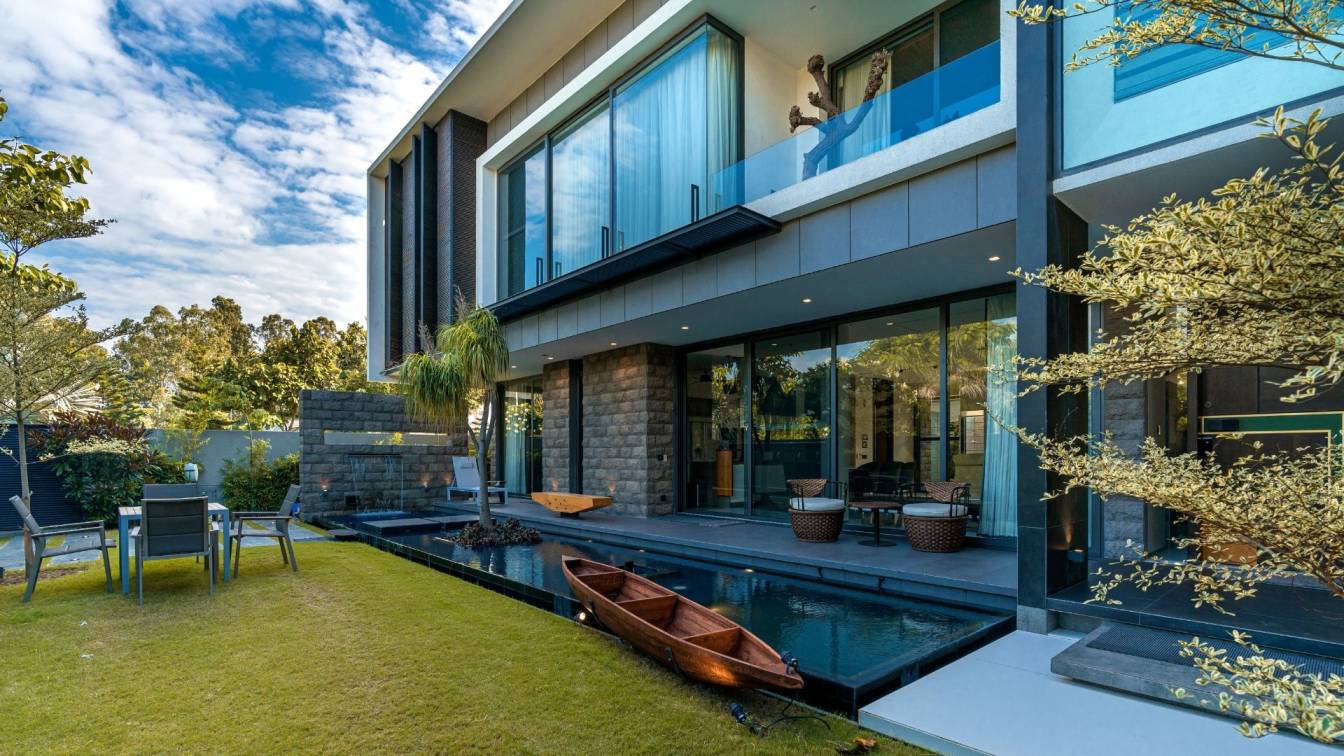 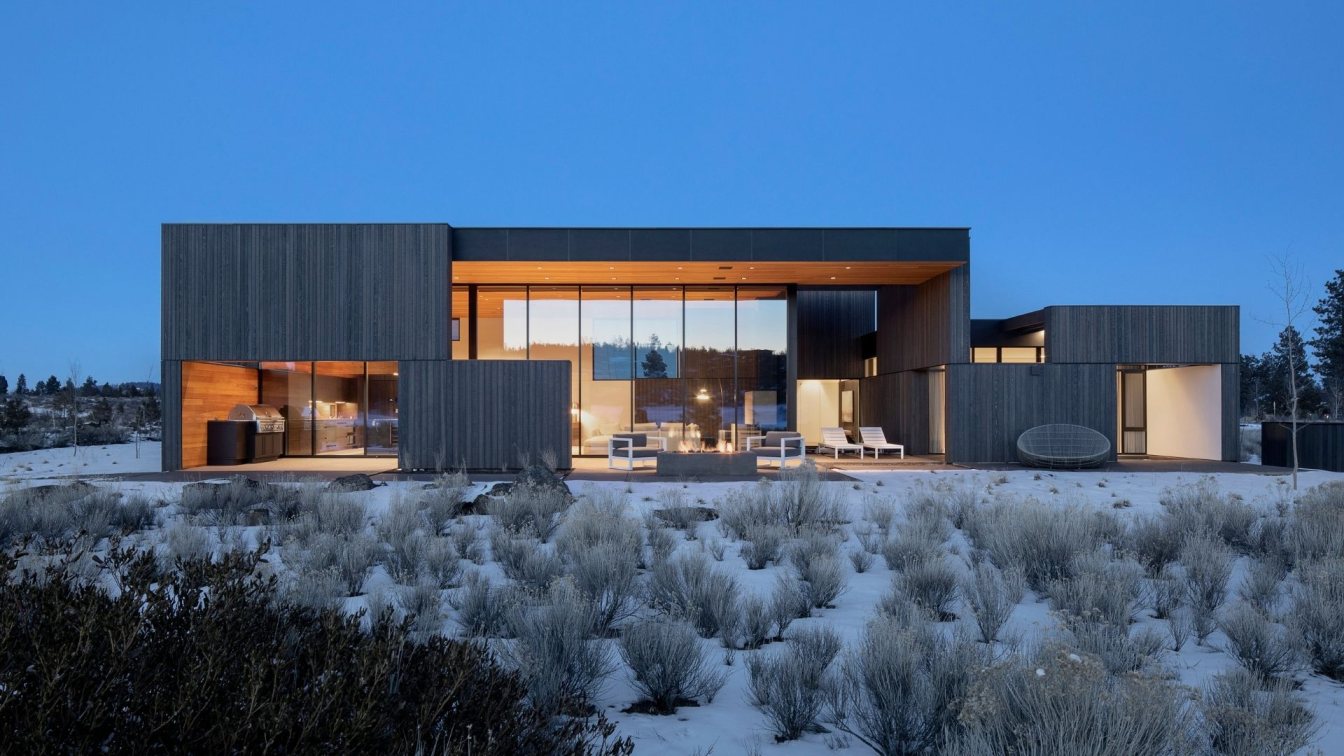 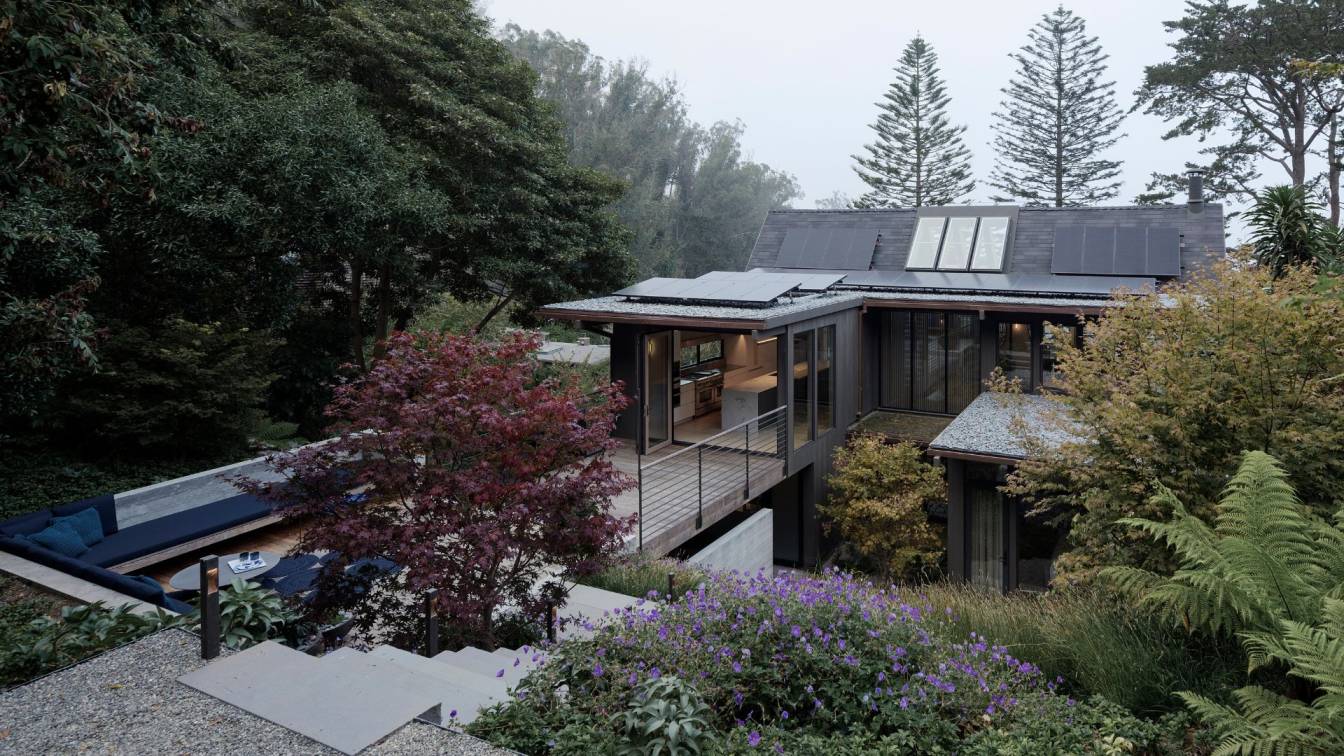 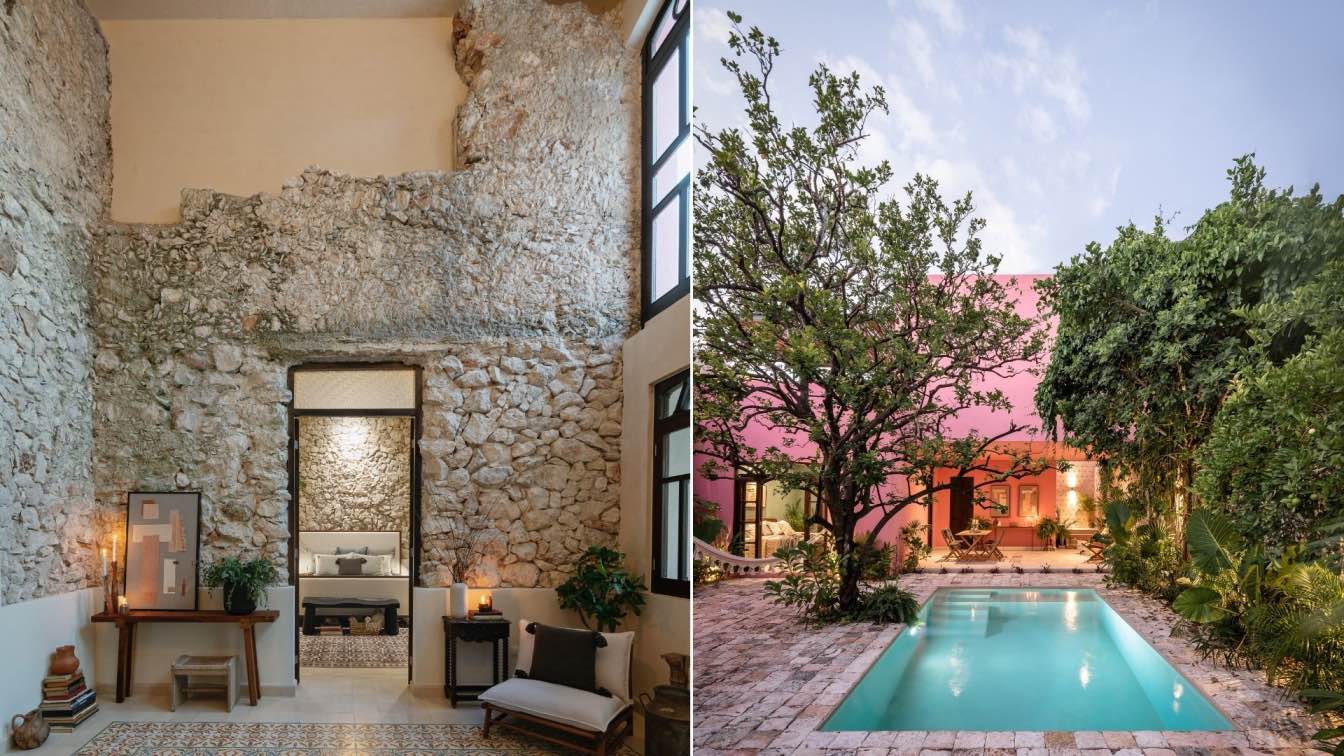