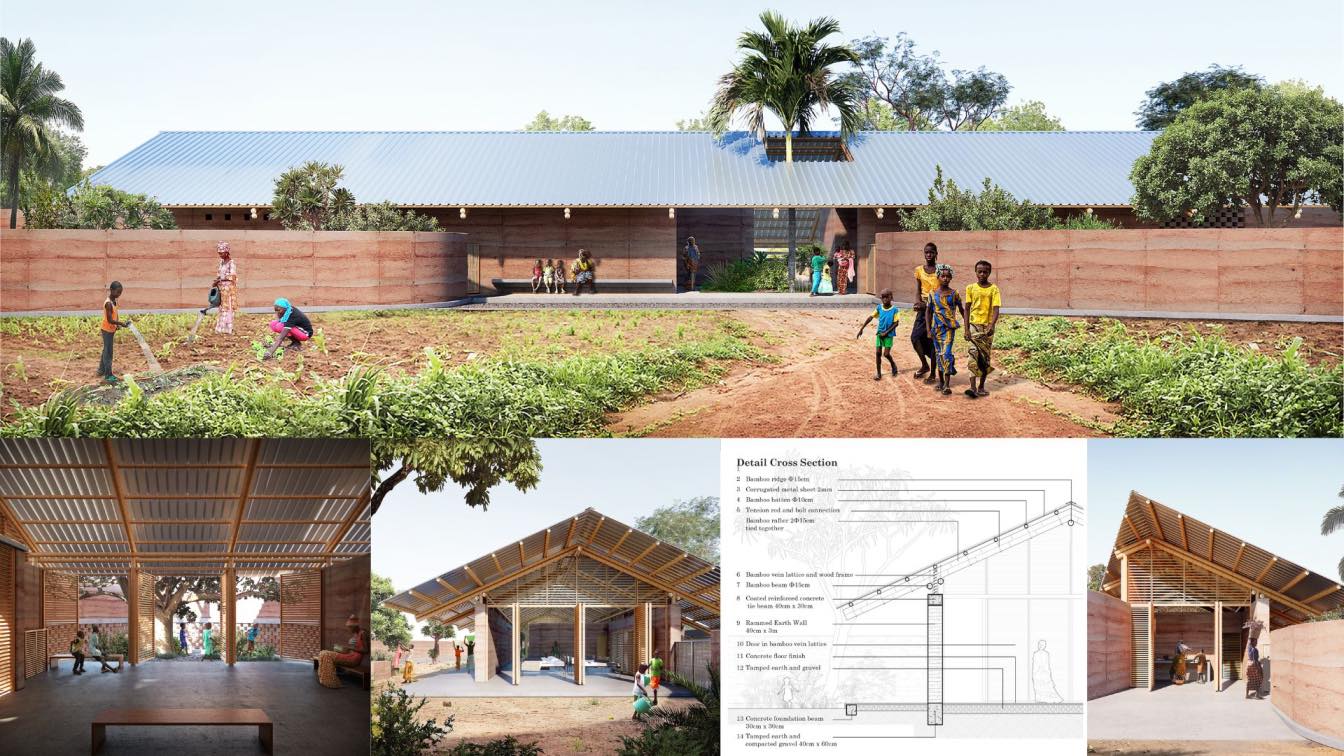 The 'Kaira Looro' international architecture competition, held by humanitarian organisation Balouo Salo, has this year also, established itself as one of the most important in the field of humanitarian and development design, attracting students and young architects from all over the world. The objective of this edition was to select a humanitarian architecture aimed at hosting activities to combat child malnutrition in an area of Sub-Saharan Africa and donate the entire proceeds to charity. The project proposals were selected by a panel of internationally renowned architects and firms.

Adequate child nutrition is the basis for survival and psycho-physical development. Well-nourished individuals can grow properly, learn and participate in social life. However, today, at least one in three children under the age of five suffers from malnutrition in one of its most visible forms. Globally, about 149 million children under the age of five suffer from stunting, the first visible form of malnutrition. They are too short for their age and their brains are at risk of not developing to their full cognitive potential, thus hindering their ability to learn as children, earn as adults and contribute to community development. Wasting affects 45 million children, who have weakened immune systems and are at risk of death. Finally, almost 39 million children are overweight as a result of changing global food systems.

In light of these considerations, the 2022 edition of the Kaira Looro international architecture competition was held, with the aim of selecting an architectural model of a 'Children's House' to be built in Africa with the proceeds of the competition (entirely donated) to tackle the phenomenon of child malnutrition, as well as to raise the international community's awareness of humanitarian issues in developing countries and to support the charity projects promoted by humanitarian organisation Balouo Salo.

The architecture requested in the call for entries, was a 250 square metre space intended to combat child malnutrition through the provision of nutritional material, the development of health and hygiene awareness programmes, the provision of paediatric and social care visits, accommodation for those at risk and the training of community nurses, who will be able to advise families on good prevention and nutrition practices.

The project area is in southern Senegal where Balouo Salo has been working since 2014 with the implementation of a number of infrastructure projects to facilitate accessibility to drinking water, schooling and to promote sustainability and human rights. This is one of the least developed areas of the country: poverty affects around 90% of the population; sanitary conditions are among the worst nationwide and only 8% of the population has access to purified water; 70% of the population lives in dwellings with no access to electricity. These conditions directly affect children. It is estimated that 1 in 3 children is at risk of malnutrition, and the region's child malnutrition and mortality rates are the highest in the country.

The winner of the 2022 edition is young Ziyu Guo from China. The second prize was won by a team also from China consisting of Shimin Zhou, Wanning Liao, Tianchen Xu, Hanyang Liu and Joseph Ongaco. Third place was won by Nattaphon Worawanitchaphong from Thailand.

Two honourable mentions were given, one selected by Kengo Kuma and the other by organisation Balouo Salo, the teams are from China and Poland respectively. The first consists of Xizhou Chen, Chunlei Zhu. Whereas the second consists of Michał Pietrusiewicz.

In addition to raising the international community's awareness of emergency issues in developing countries, the competition also aimed to make young architects aware of the responsibilities of designers towards society, while also providing an opportunity for professional growth and international visibility to facilitate their entry into the job market, through the provision of prizes and internships at internationally renowned firms.

In keeping with the event's tradition, this year also the entire proceeds, from registration fees, will be donated to humanitarian organisation Balouo Salo. Specifically, this year's funds will be used to build the winning project and other interventions linked to the fight against child malnutrition, such as infrastructures to promote accessibility to drinking water. The winning architectural project will be studied and analysed in the coming months by Balouo Salo's team of humanitarian specialists in order to be integrated into the broader programme to combat child malnutrition, which includes training, awareness-raising and involvement of local communities and authorities.

This edition achieved exceptional participation with 835 project proposals from all over the world, with the highest participation from: Italy, Poland, China, Mexico, Turkey, Brazil, Taiwan, USA, France, Colombia, India, Japan, Greece as well as almost every other country in the world, totalling 147 teams of different nationalities.

All the winning projects can be viewed on the competition's official website.

As in past editions, the official volume "Kaira Looro Architecture Competition - Children's House" will be published with all the winning projects and the proceeds will be donated for humanitarian purposes. 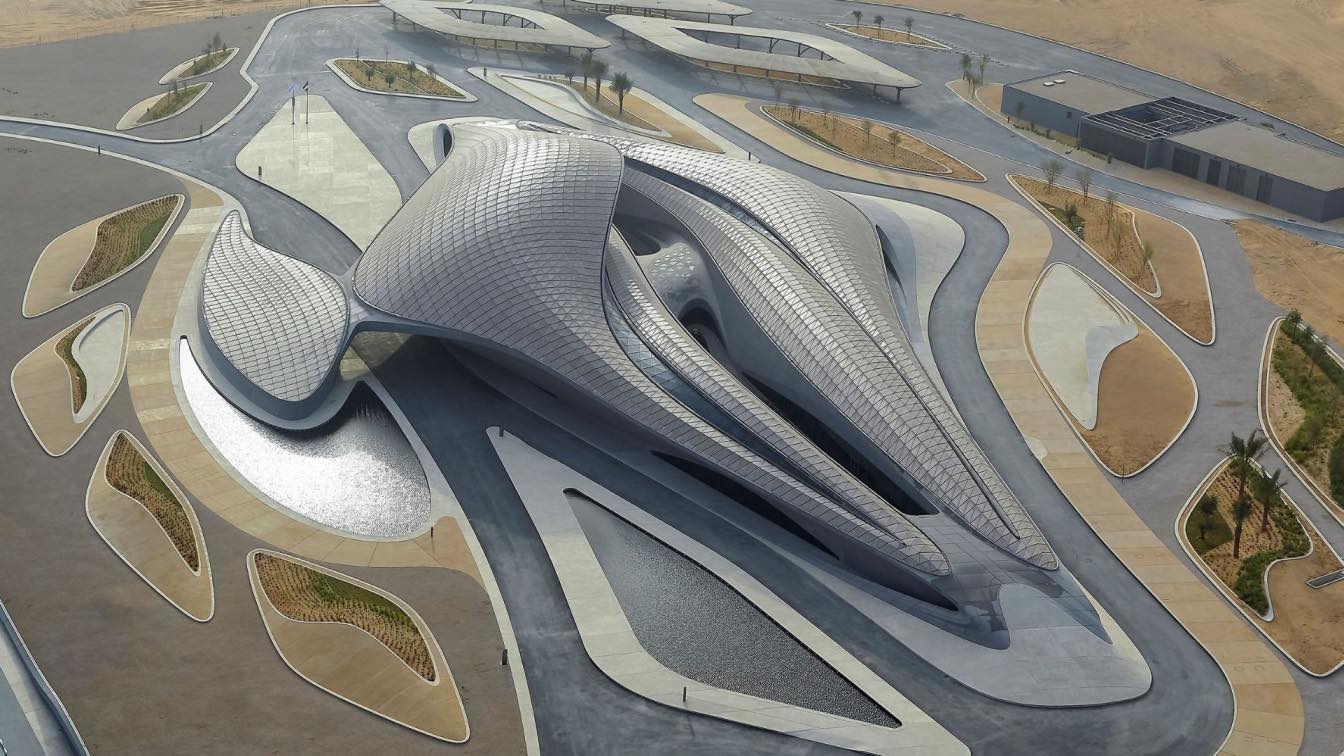 The Winners of the 2nd Edition of the BLT Built Design Awards have been revealed! 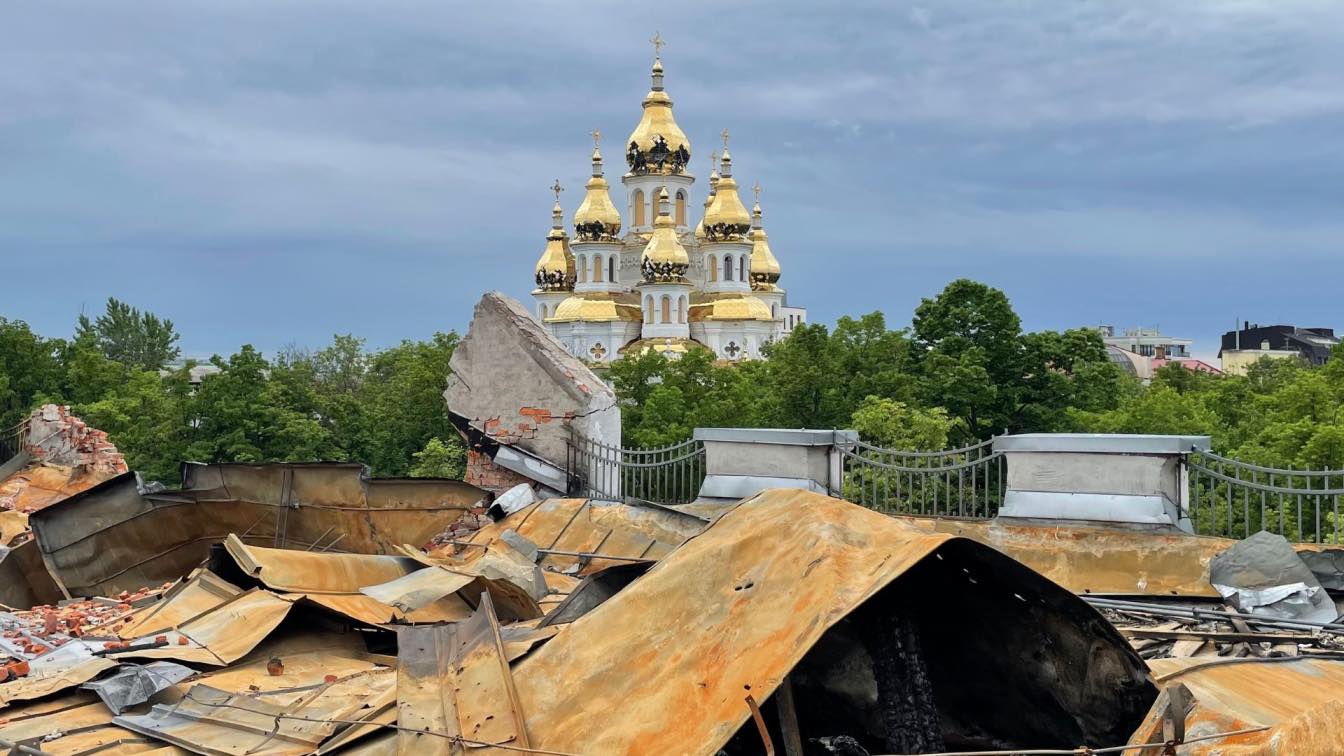 ALIPH and Getty Partner to Protect Cultural Heritage in Ukraine 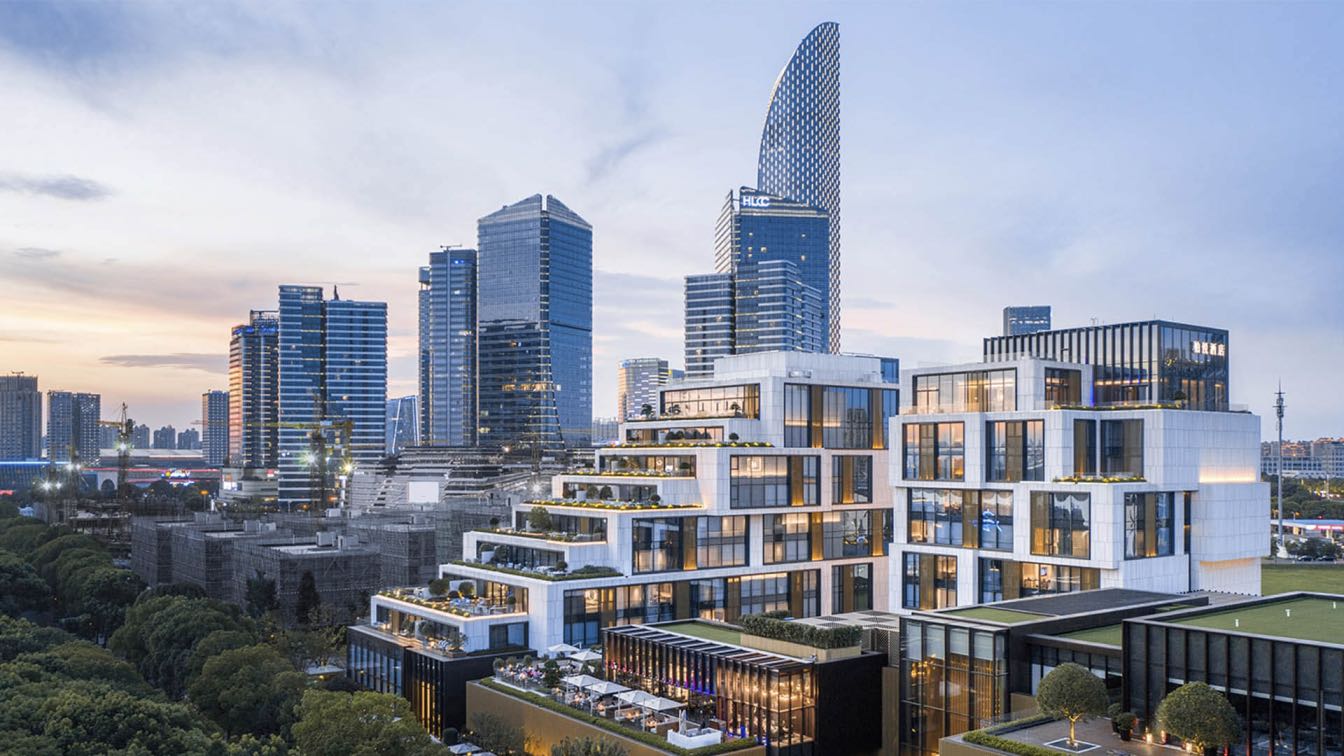 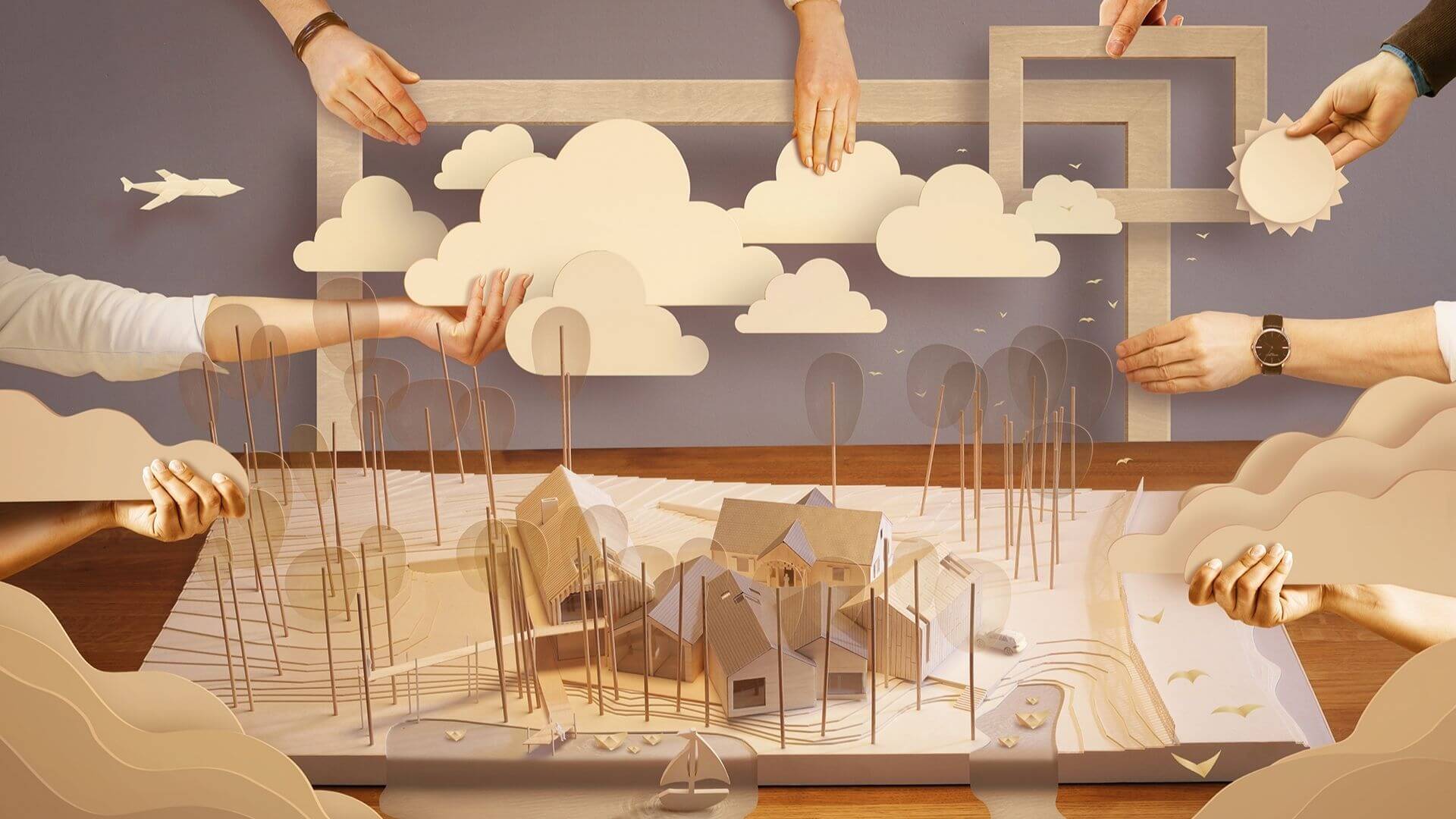 ArchiPaper & The Farmhouse - NEVER SEEN BEFORE in architecture World