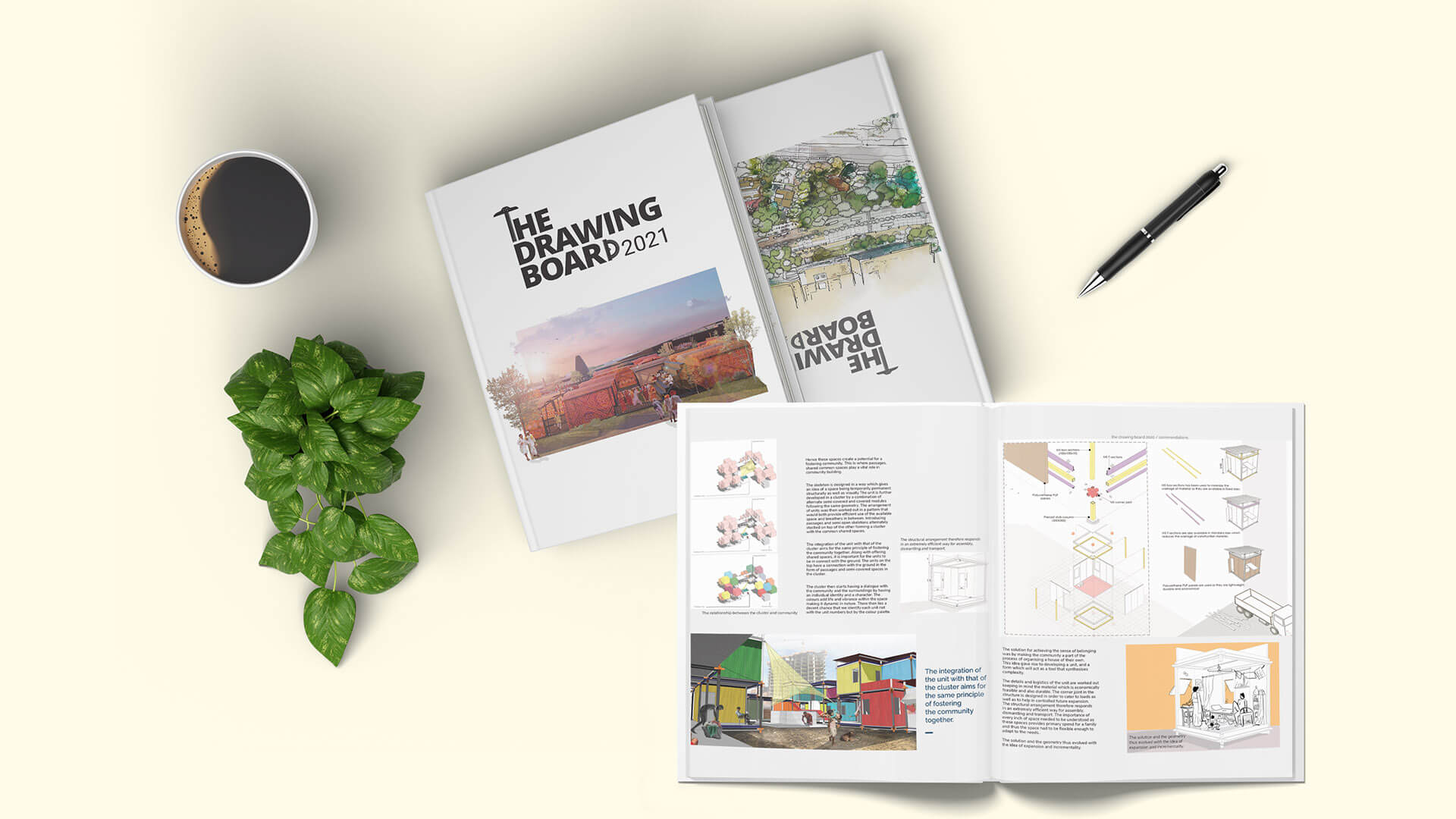 IT’S AUGUST, AND IT’S BACK TO THE DRAWING BOARD

Rohan Builders + Mindspace Architects’ annual international not-for-profit competition for students of architecture— THE DRAWING BOARD— is back.

It’s August. The month that The Drawing Board competition announces the design brief for the year for students of architecture.

Since its premier edition in 2016, TDB has become something of a calendar event for future architects. And with each passing year entries to the competition have grown in number— with over 5000 students (who’ve registered and submitted entries) across more than 40 countries so far.

And what’s noteworthy is that two of those editions were entirely online— through a global pandemic.

WHY A TDB ENTRY IS A MUST-HAVE IN YOUR FOLIO

One of the challenges young, fresh-out-college architects face is the lack of real-world design experience that solves real-world design challenges. And this drawback is exacerbated by the fact that a platform to showcase one’s thinking, comes only after one has landed an internship or traineeship at a firm.

And as advocates and proponents of thoughtful, sensitive architecture for nearly 3 decades, we know only too well the crucial role architects play in creating evocative spaces.

And this was the genesis of The Drawing Board.

A collaborative initiative between Rohan Builders and Mindspace Architects, TDB is a way to facilitate and give young minds in the field of architecture an opportunity to work on a live brief and pitch design solutions with global impact.

Erstwhile winners, runners-up, and participants of TDB have found the competition to be profoundly useful in learning to showcase their ideas internationally and leverage the opportunity for better early-career prospects.

Pre-stage / AUGUST
Announcement of the design brief for TDB 2022.

Stage 1 - Submissions / Early OCTOBER
Student competitors will have 60 days from the date of announcement of the design brief to submit design presentations online at thedrawingboard.in

An elite panel of judges will select the top 8 entries, and the selected teams will be invited to a live event to pitch their ideas to a jury, in Pune, India.

For the finale of TDB 2022, the final 8 teams will present their ideas to a jury of eminent architects and designers, at a by-invite live event. The jury will pick the winner for the year 2022. The event will be streamed online worldwide.

The brief this year is to build a memorial for architect, planner, activist, and theoretician, Charles Correa. One of India’s most notable contemporary architects, Ar. Correa championed low-income housing and urban planning as much as he addressed issues of architecture.

The memorial will celebrate the man who, through his work has left an indelible mark on India’s architectural landscape - whether with the Mahatma Gandhi Memorial at Sabarmati Ashram in Ahmedabad, or the Jawahar Kala Kendra in Jaipur, or in his role as the chief architect of Navi Mumbai, home to more than 2 million people today.

For more details, go to tbd.in.

Rohan Group today has built itself a name across the Real Estate, Infrastructure & Industrial contracting sectors. Rohan Builders started in 1993, and now has a team of over 1,000 professionals and landmarks sprawling over 15 million square feet across the country. It is consistently rated by CRISIL as DA2+ for last 10 years, signifying Rohan’s ability in executing projects as per the specified quality, adhering to timelines.

It has been the recipient of many esteemed recognitions. However, the trust showed by existing customers who have referred over 34% of all homes sold is the most cherished by all at the Rohan family. Making a selection of the things that matter most to great living, the group conceptualized PLUS Homes - Perfect Ventilation, Lively Light, Utmost Privacy, Smart Space, an integral aspect of all Rohan homes. Rohan has also introduced the Tunnel form technology, a rapid and advanced construction technique, that helps build one floor a day with much better quality and durability than conventional construction.

Mindspace, formed in October 2004, is an architectural firm with extensive experience in handling residences, institutions, research labs and corporate offices. Founded by Sanjay Mohe, Vasuki Prakash and Suryanarayanan, the projects done by Mindspace have resulted in several national and international awards and consistent features in architectural journals. Sanjay Mohe also regularly gives lectures in architectural schools across the country.

Mindspace presently comprises of the partners, Sanjay Mohe, Medappa, Suryanarayanan, Amit Swain and Swetha along with 21 architects, engineers and support staff, all of whom work as a team.

The design philosophy of Mindspace lies in attempting to use 'light' as a building material, respecting the five senses - sight, sound, smell, touch and taste, and working with the five elements of nature. 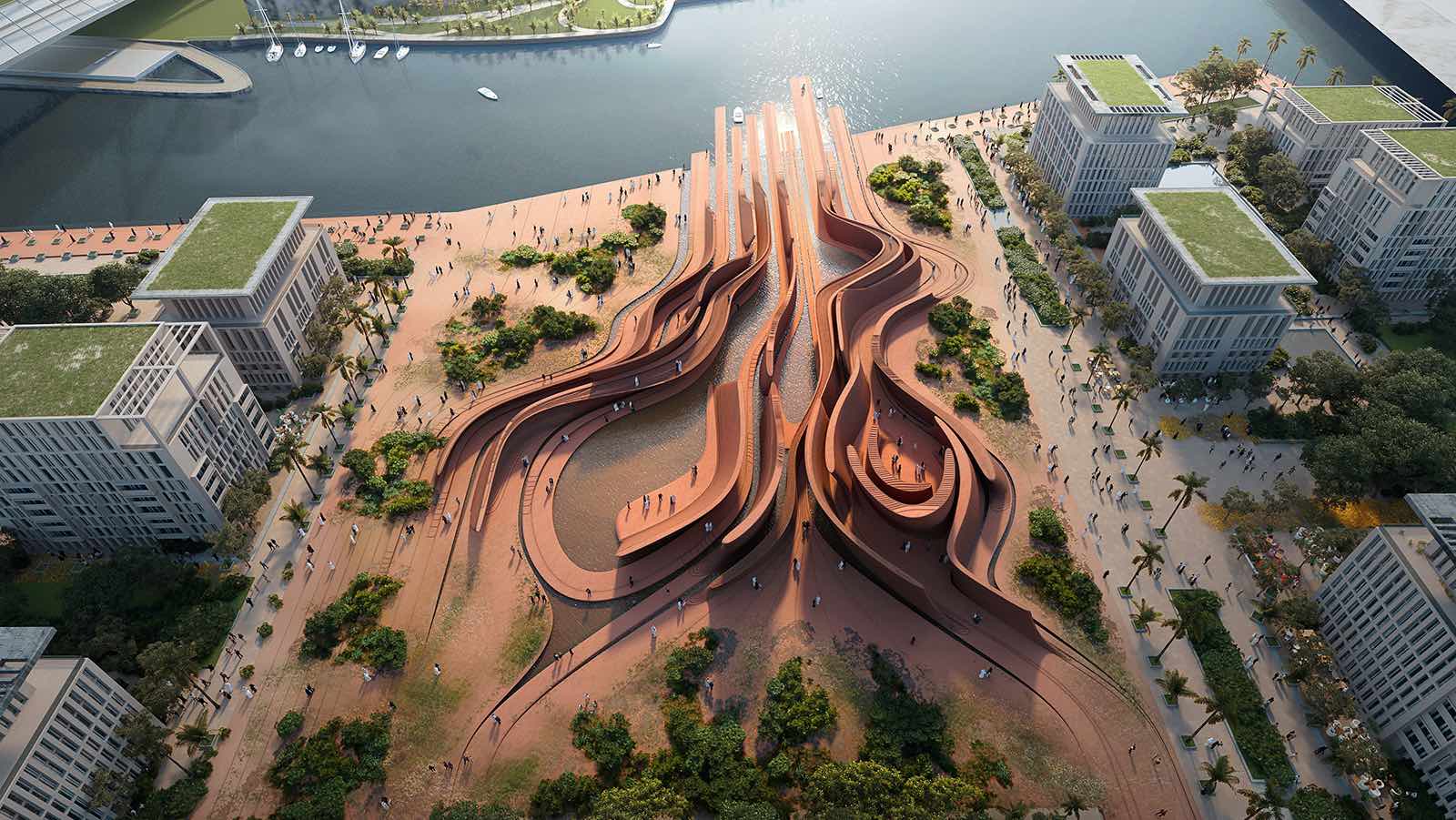 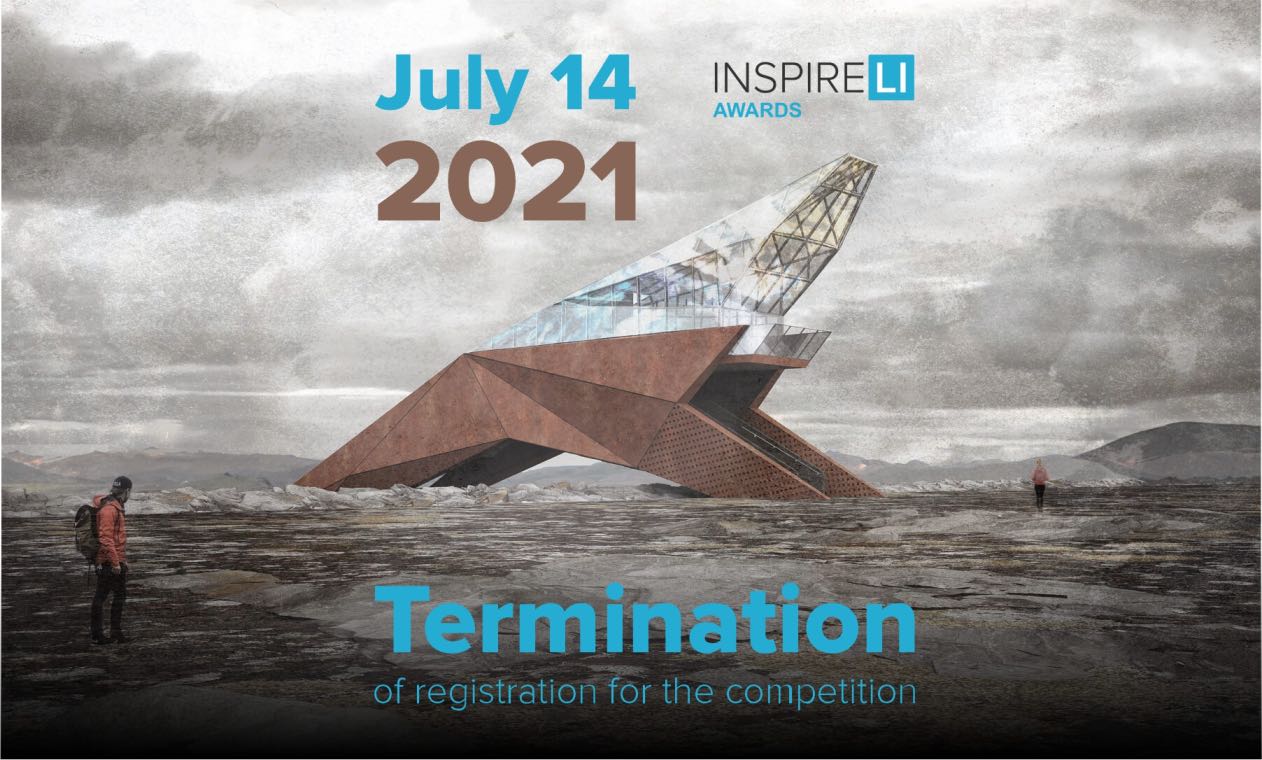 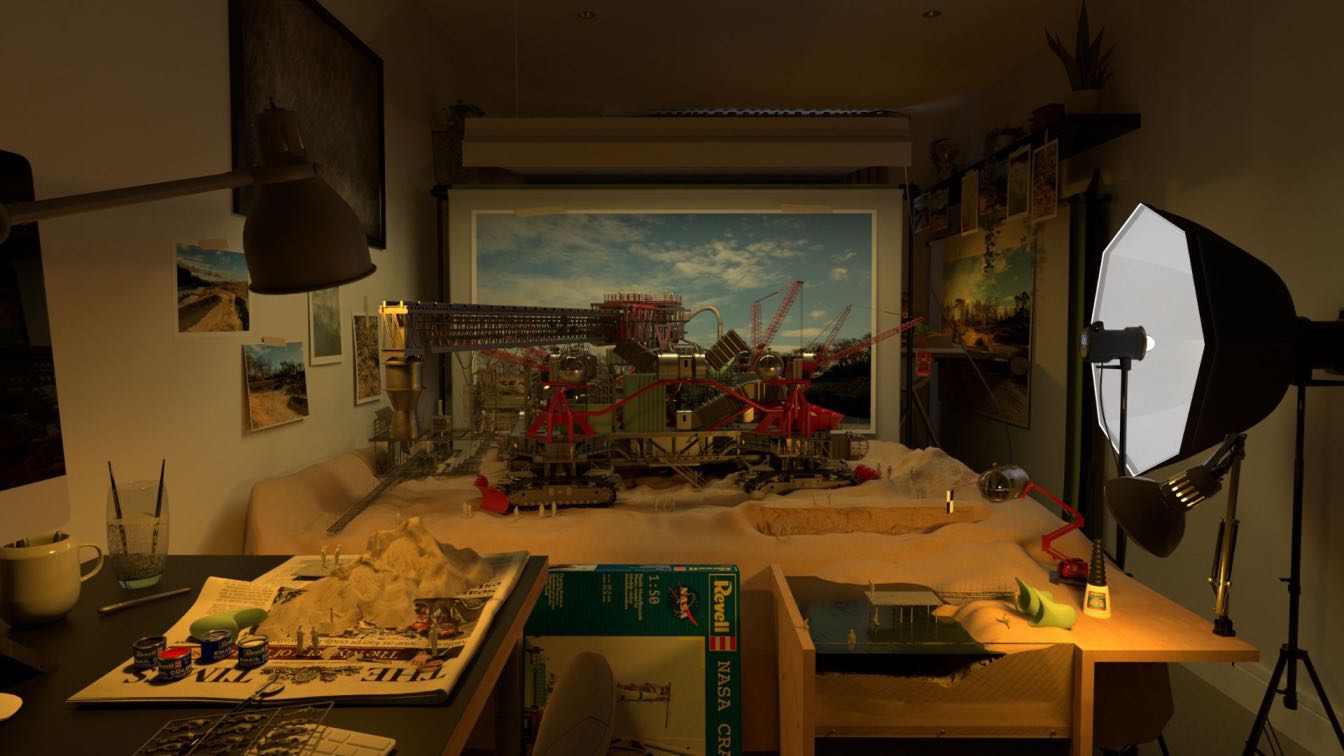 Entries for The Architecture Drawing Prize 2022 are now open! 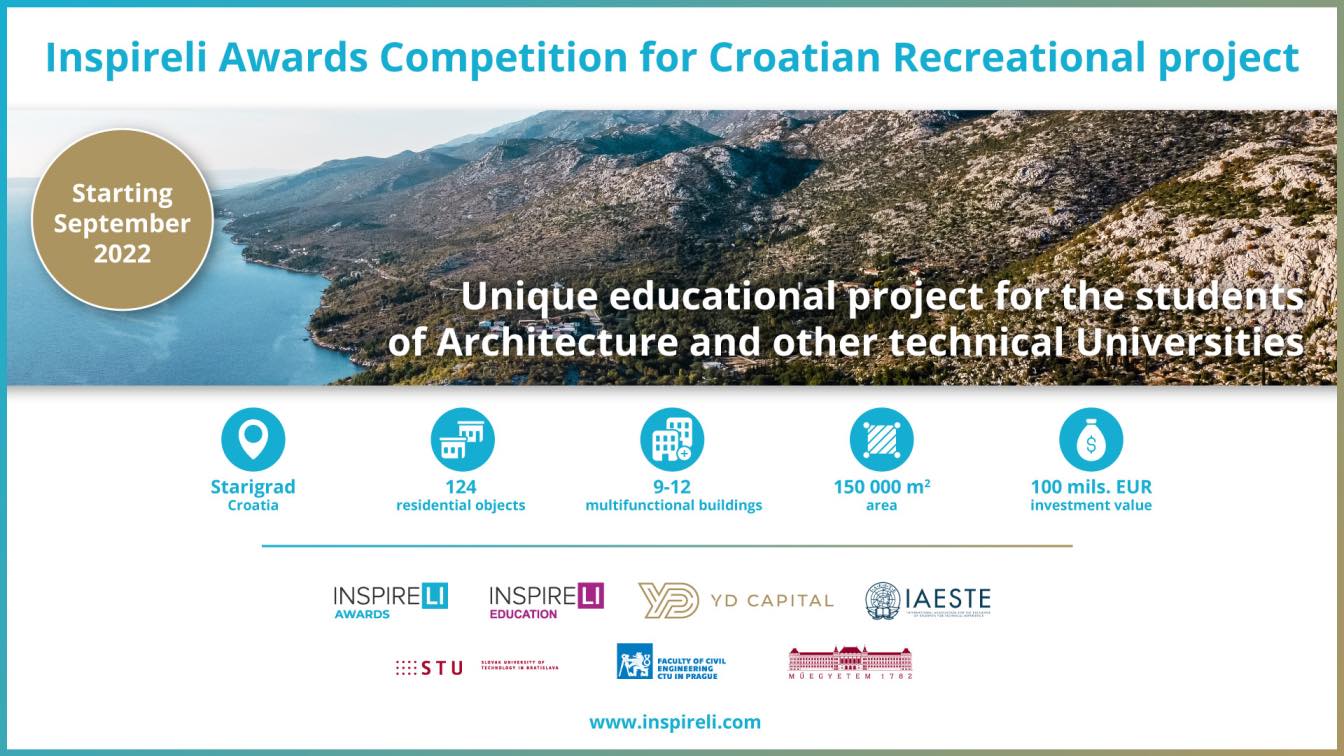