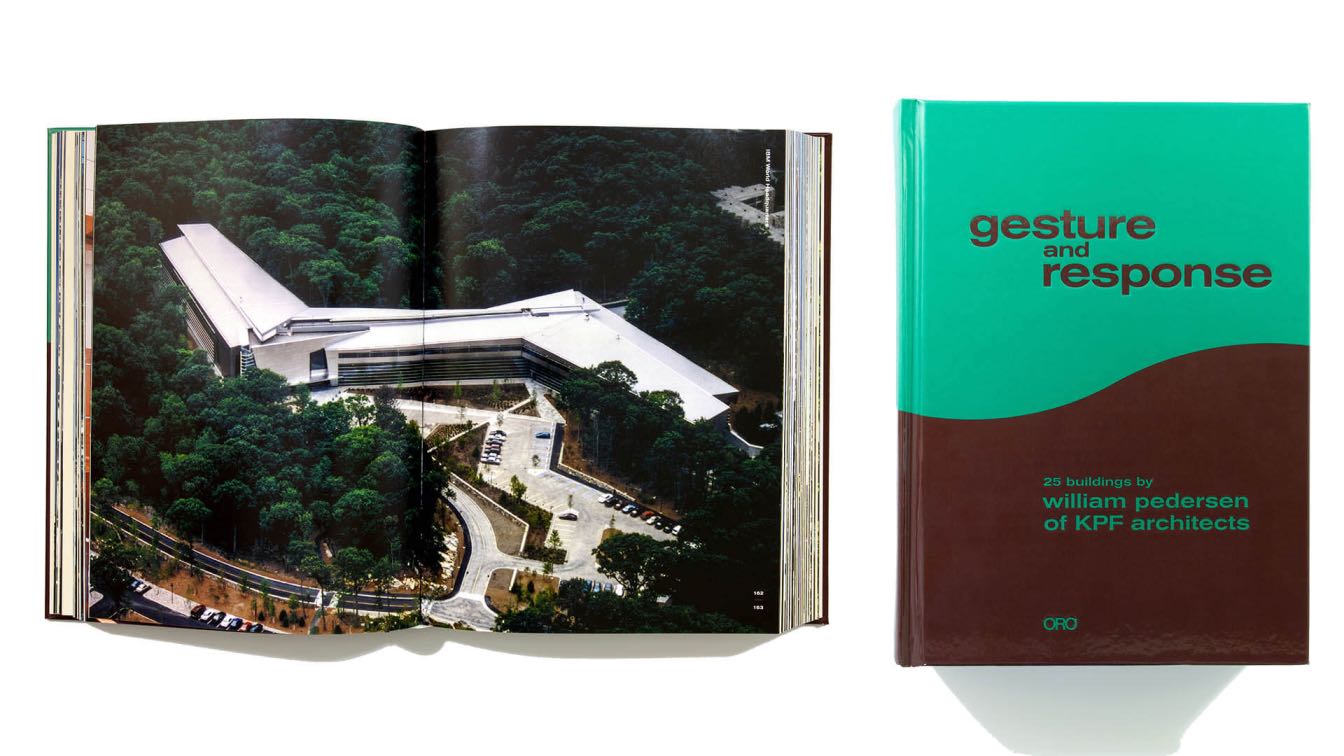 “Tall buildings have anthropomorphic characteristics that encourage me to think of them as human participants in the city,” writes William Pedersen, FAIA, in the introduction to Gesture and Response. Within this new book of 25 of Pedersen’s designs, the reader will immediately see how buildings and cities continually reach out and react to each other.

Pedersen—co‐founder with A. Eugene Kohn, FAIA, and Sheldon Fox, FAIA, of Kohn Pedersen Fox Associates (KPF)—selected these designs as emblematic of his architectural aspirations, contextual concerns, and material manifestations. He shows how monumental buildings made from hard glass, stone, and steel can exist at a gentle human scale. 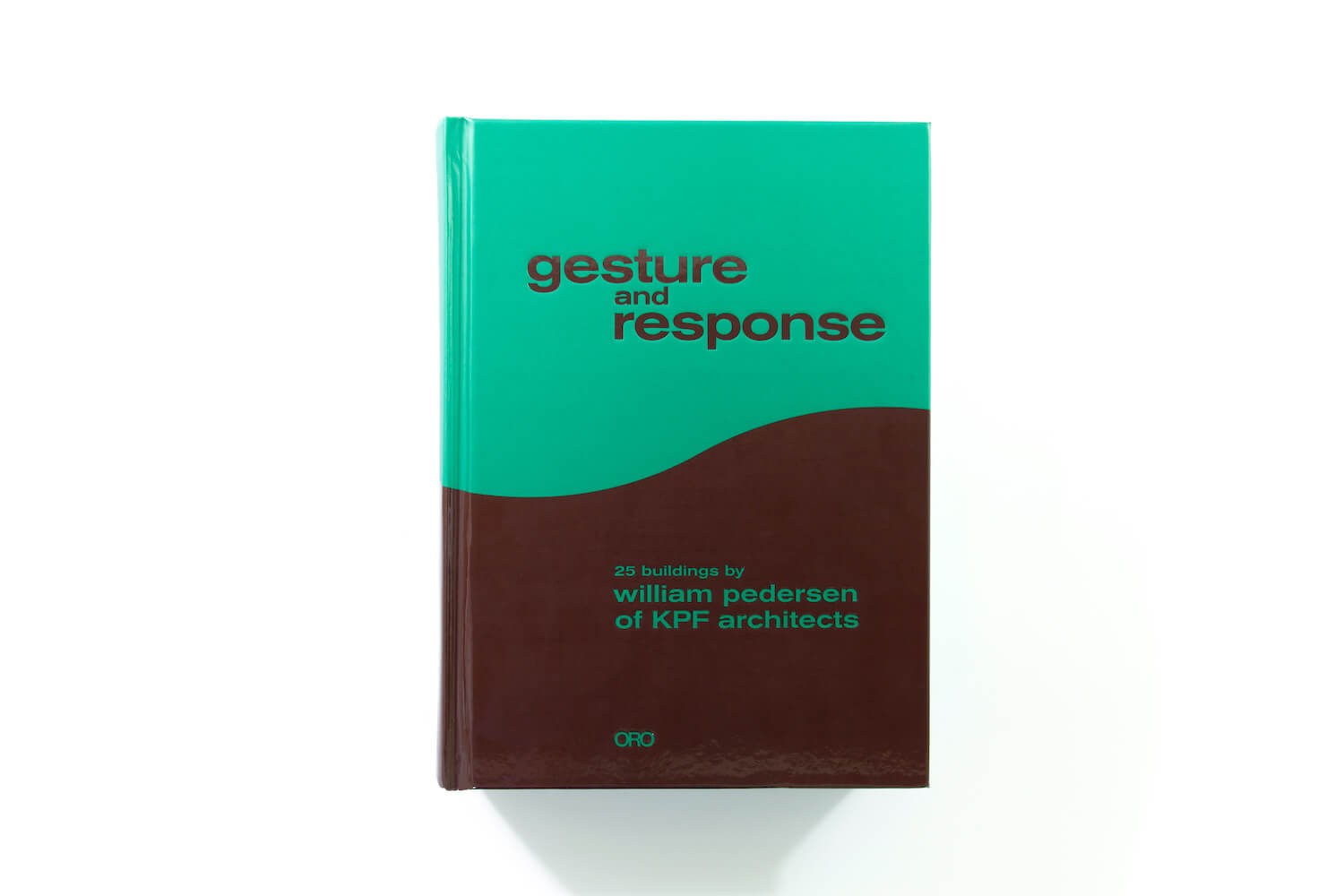 From 333 Wacker Drive (1982) in Chicago to Hudson Yards (2019) in New York, the buildings span 45 years of the architect’s career, as KPF’s influence and global footprint grew. After taking the reader on a chronological tour of 24 towering corporate headquarters, contextual educational facilities, and community‐oriented government projects, Pedersen takes us home—literally—to examine his own house on Shelter Island that was 20 years in the making.

Introducing full‐bleed project photographs are buff‐colored pages with plans and drawings, along with the story Pedersen weaves about each project. The architect’s text is incisive and illuminating, as elegant as his buildings, devoid of architectural jargon and theoretical rationalization. Through the easy prose, he proves that KPF’s work “was not the product of a polemical manifesto.” 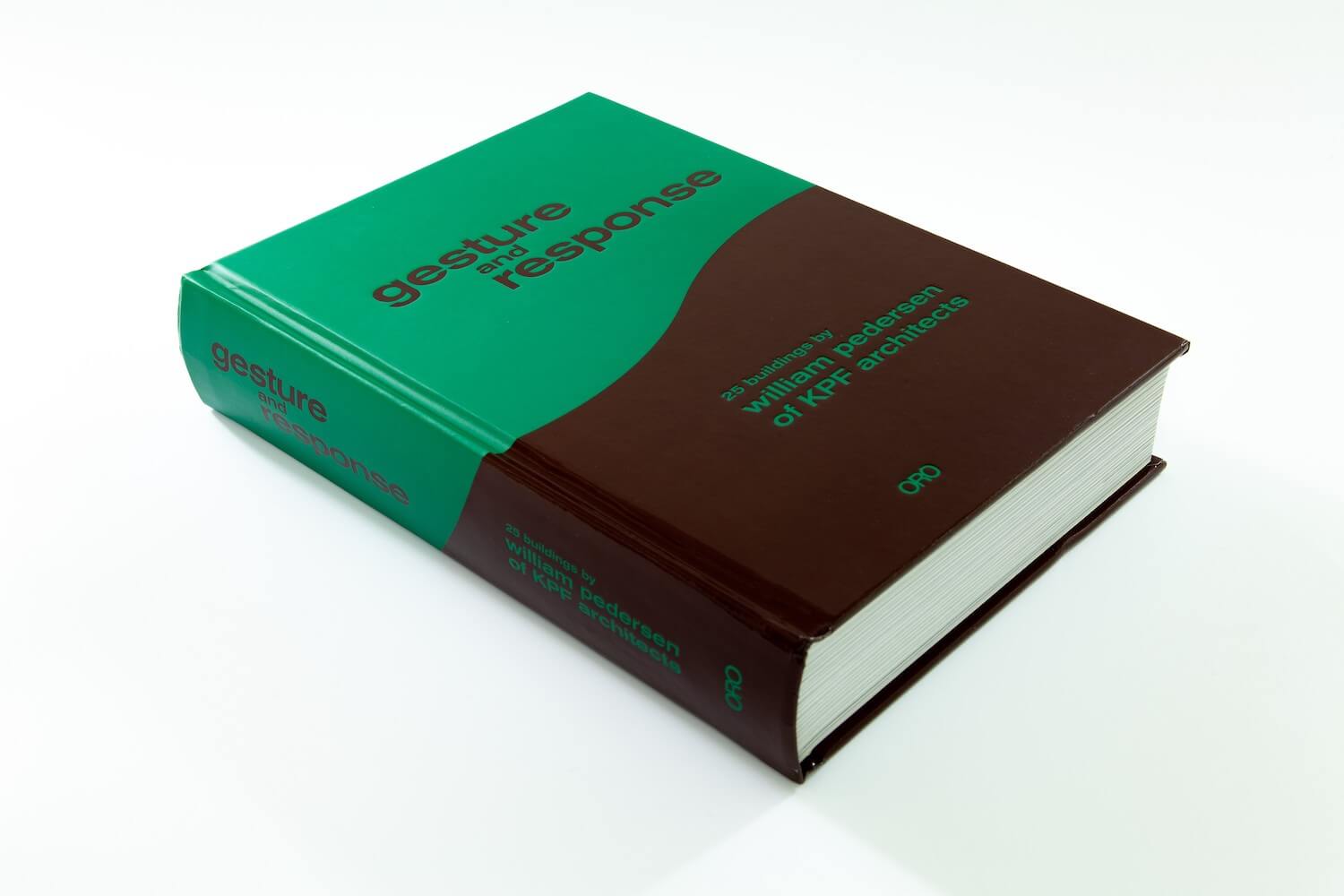 As a final grace note, Pedersen ends the book with a section on the furniture he’s been creating for the past seven years. “The surprise is that my second career as a furniture designer explains my first,” he notes. “I discovered that my chairs, done primarily by myself, and my architecture, created in collaboration with many others, have a lot in common.”

“Gesture” can sometimes have a negative connotation in architecture when it is done for its own sake. Pedersen never does that—expressive details are tied to programmatic requirements and contextual imperatives. The buildings themselves gesture to their surroundings as “a fundamental strategy for bringing about connections in the modern city.” 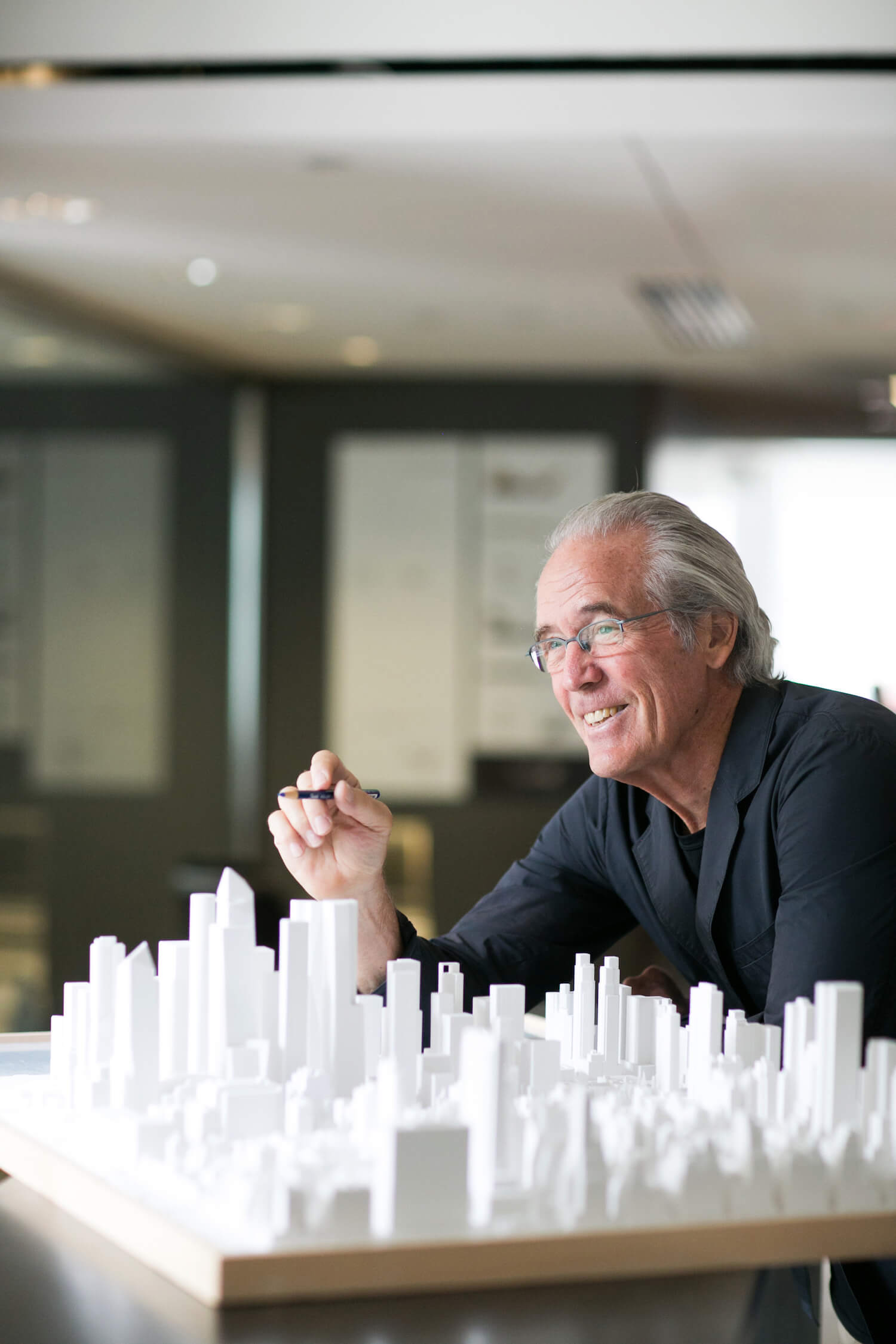 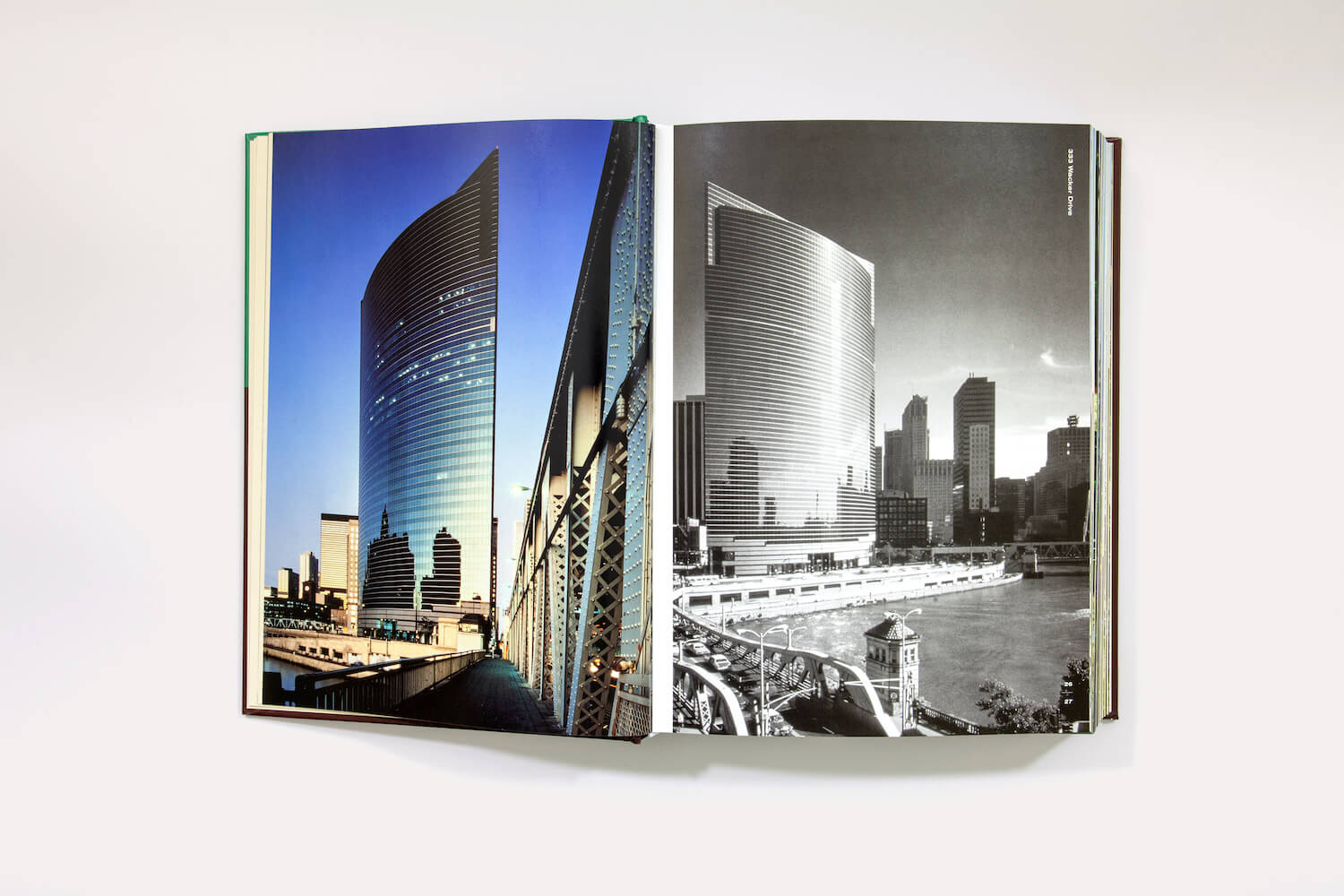 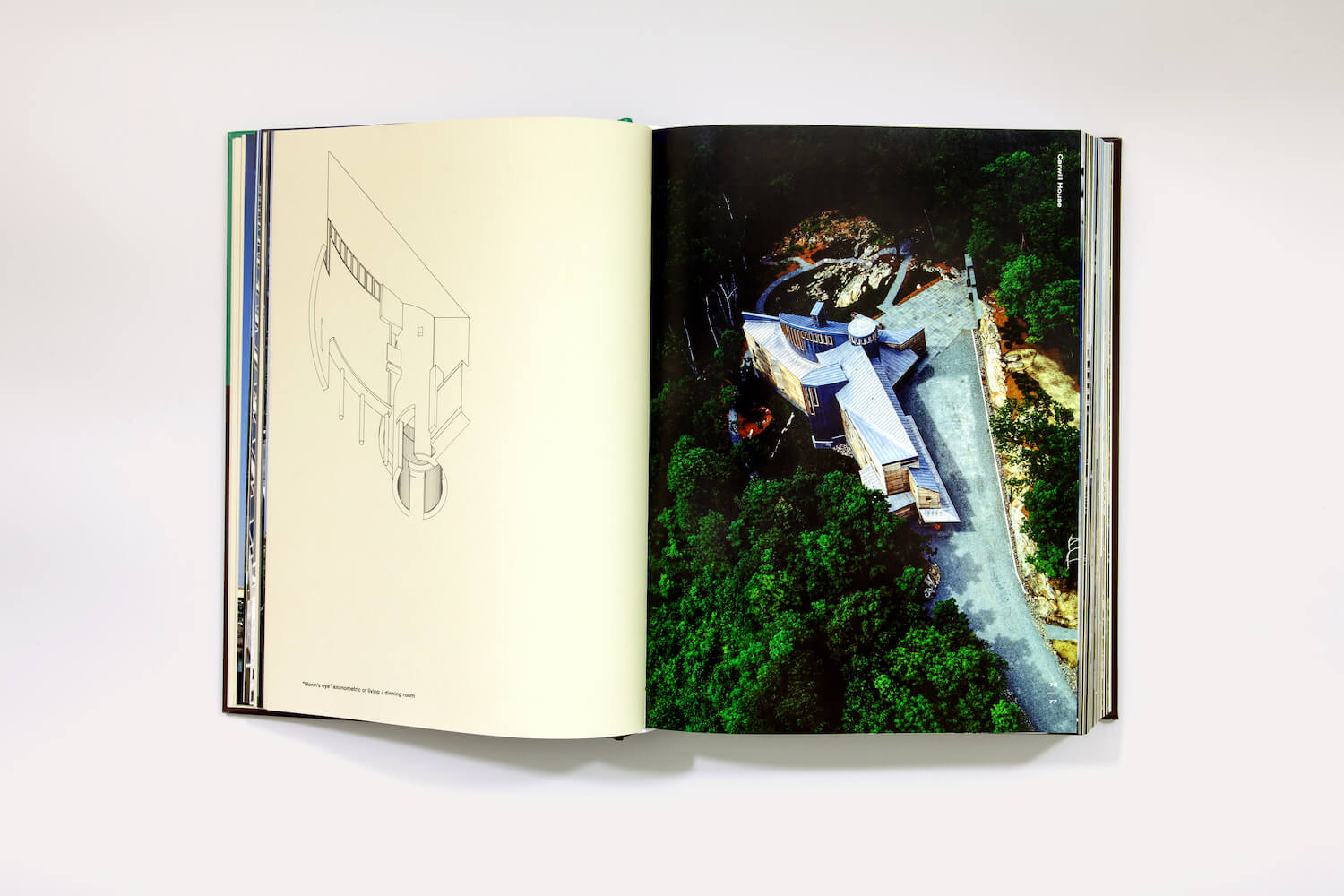 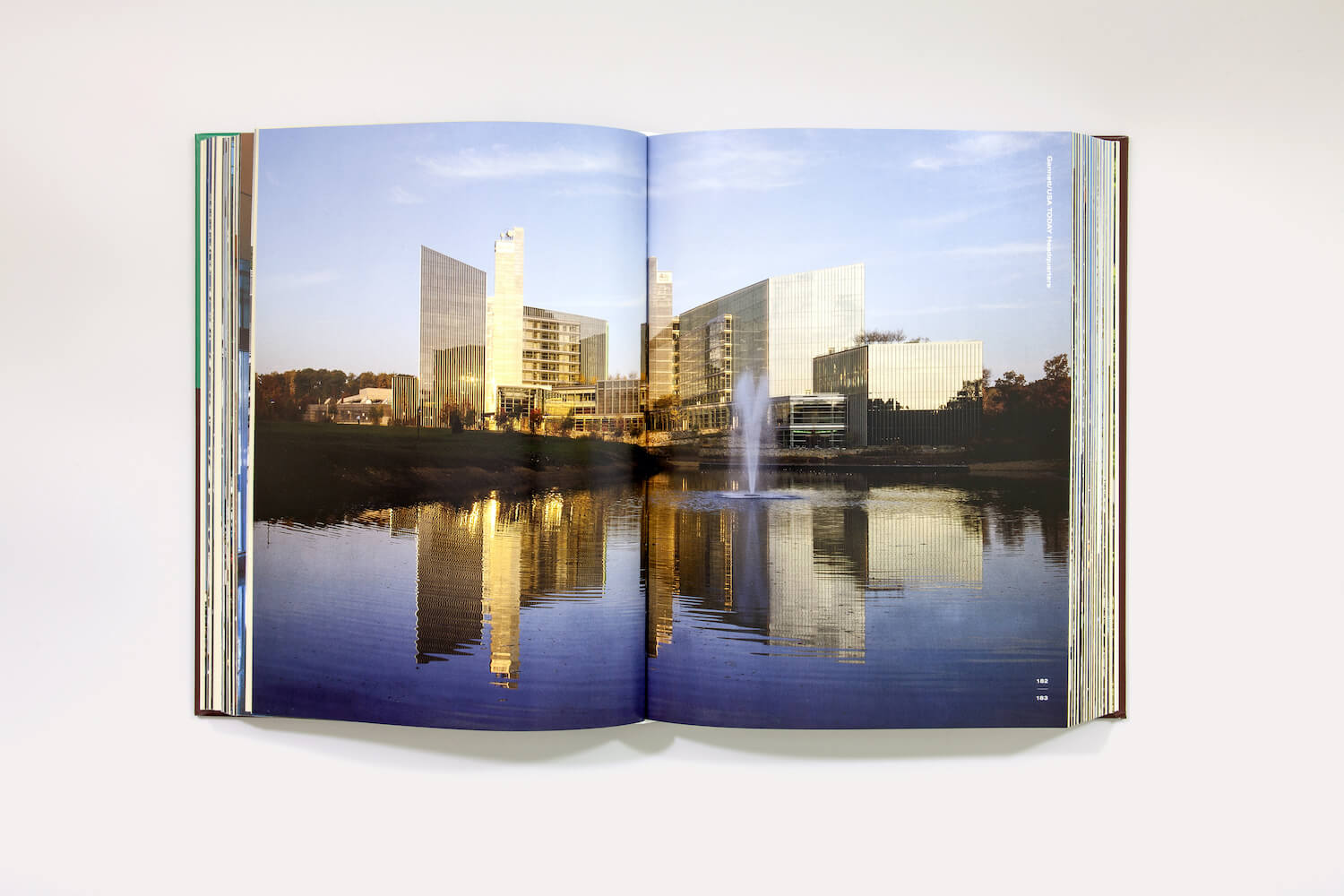 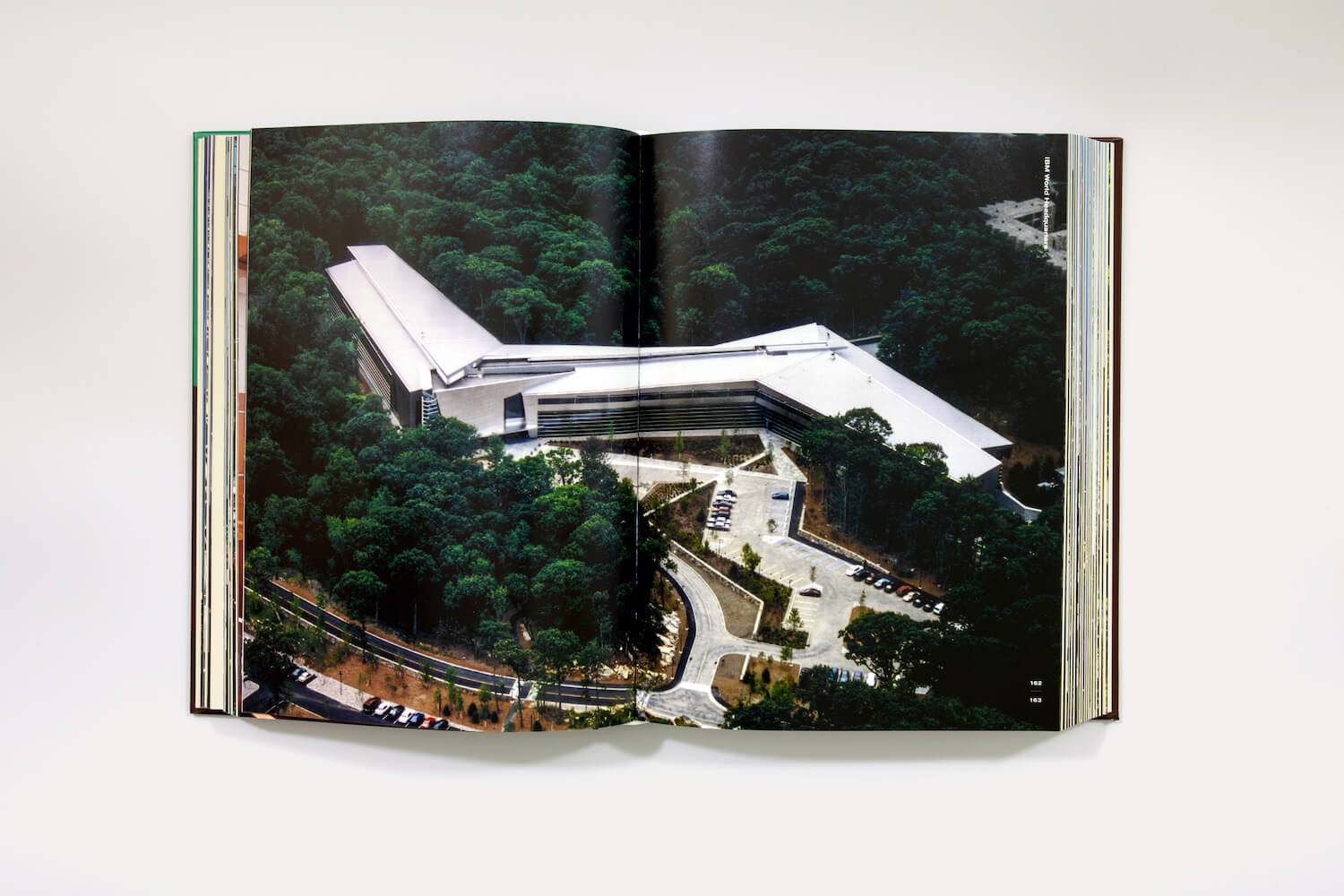 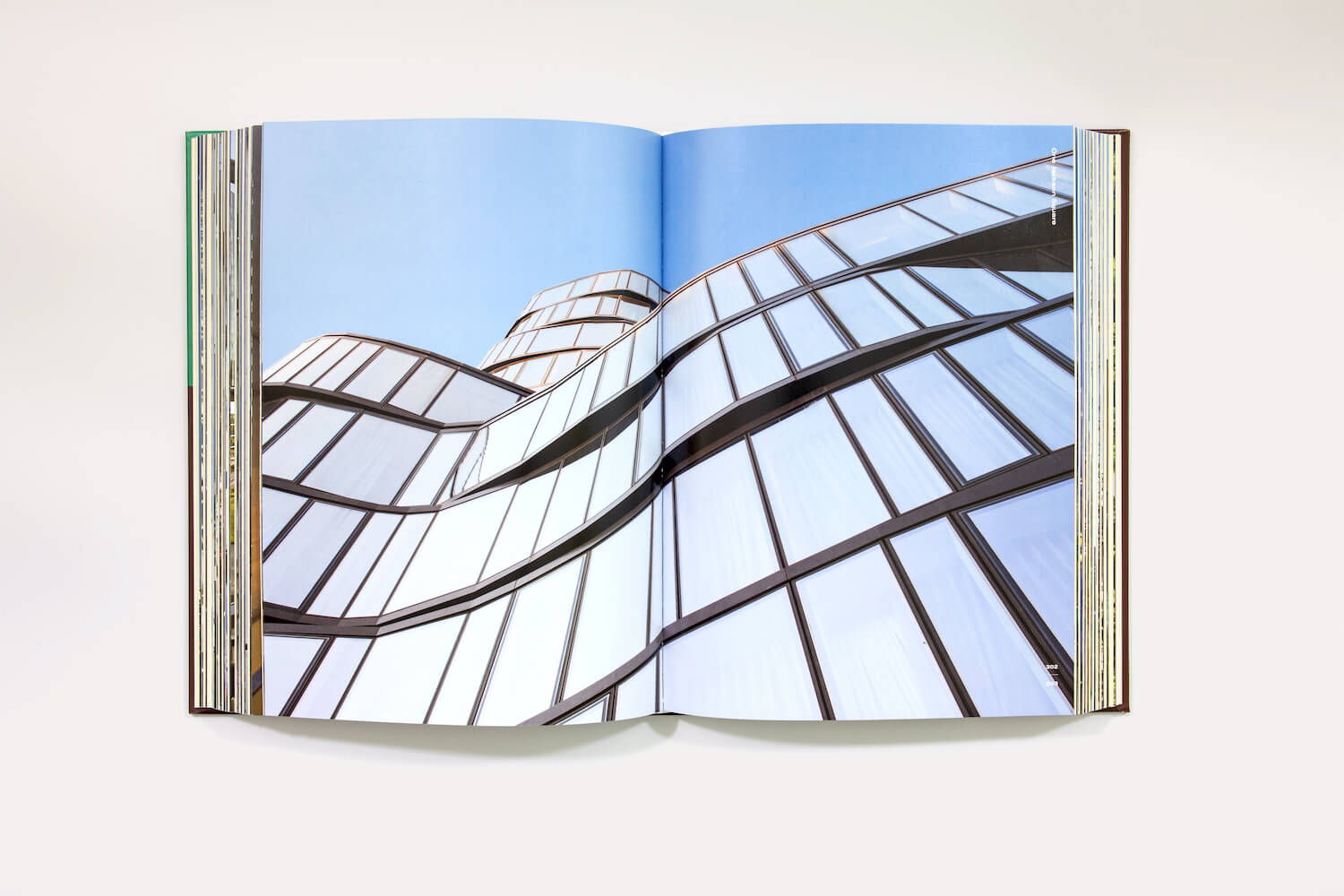 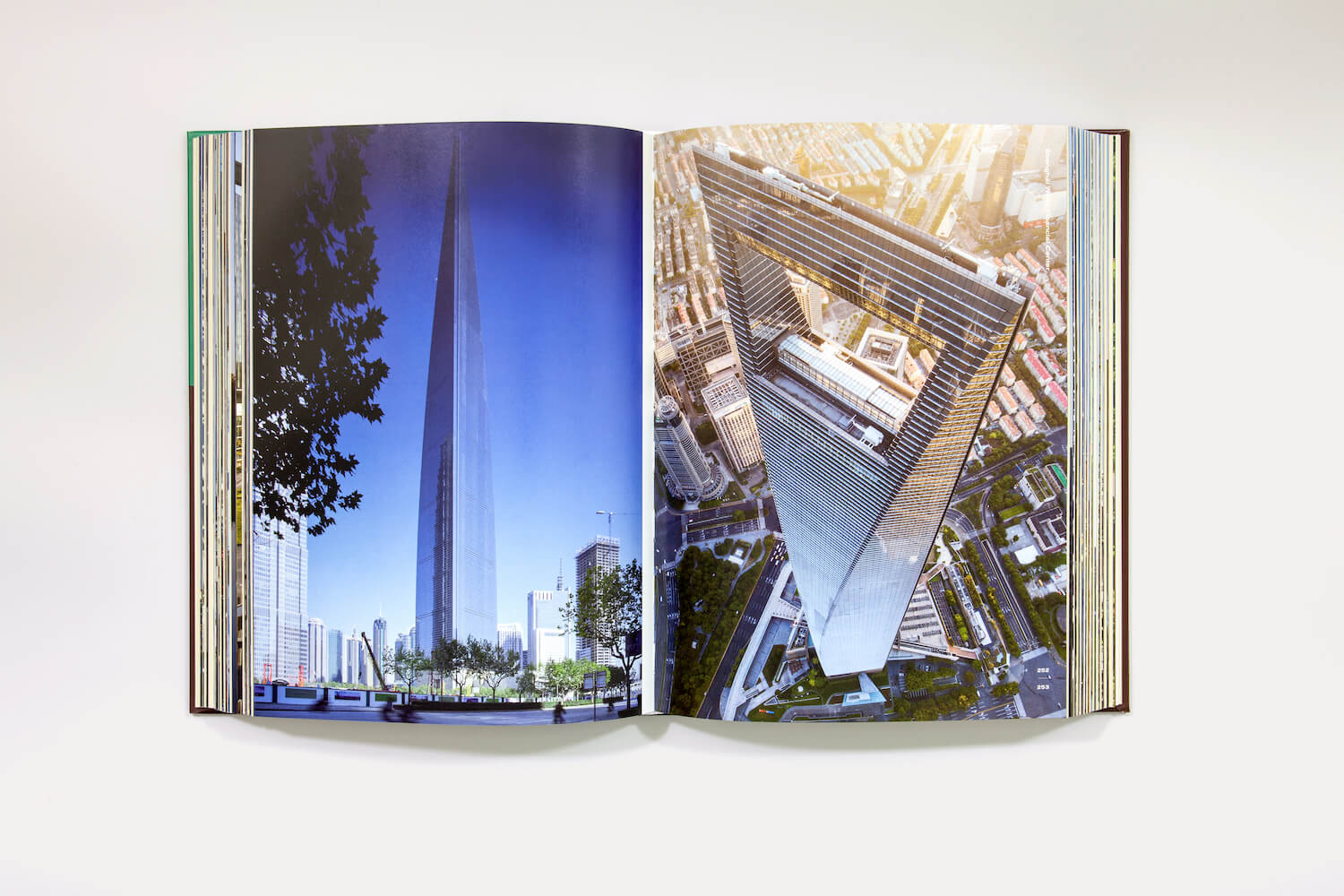 William Pedersen, FAIA, FAAR, is the founding design partner of Kohn Pedersen Fox Associates (KPF), which he started with A. Eugene Kohn, FAIA, RIBA, and Sheldon Fox, FAIA, in 1976. Fourteen years later, KPF became the youngest firm to receive the National AIA Firm Award for design excellence. Personal honors include Rome Prize in Architecture, Arnold W. Brunner Memorial Prize from the American Academy and National Institute of Arts and Letters, University of Minnesota’s Alumni Achievement Award, Lynn S. Beedle Lifetime Achievement Award from Council on Tall Buildings and Urban Habitat (CTBUH), and Medal of Honor from AIA New York. He was on the Board of the University of Minnesota Foundation and has been a visiting professor at Rhode Island School of Design, Columbia University, and Harvard University. He has held the Eero Saarinen Chair at Yale University and was honored as the Herbert S. Greenward Distinguished Professor in Architecture at University of Illinois at Chicago. He has a Bachelor of Architecture from University of Minnesota College of Design, St. Paul, and a Masters of Architecture from Massachusetts Institute of Technology, Cambridge. 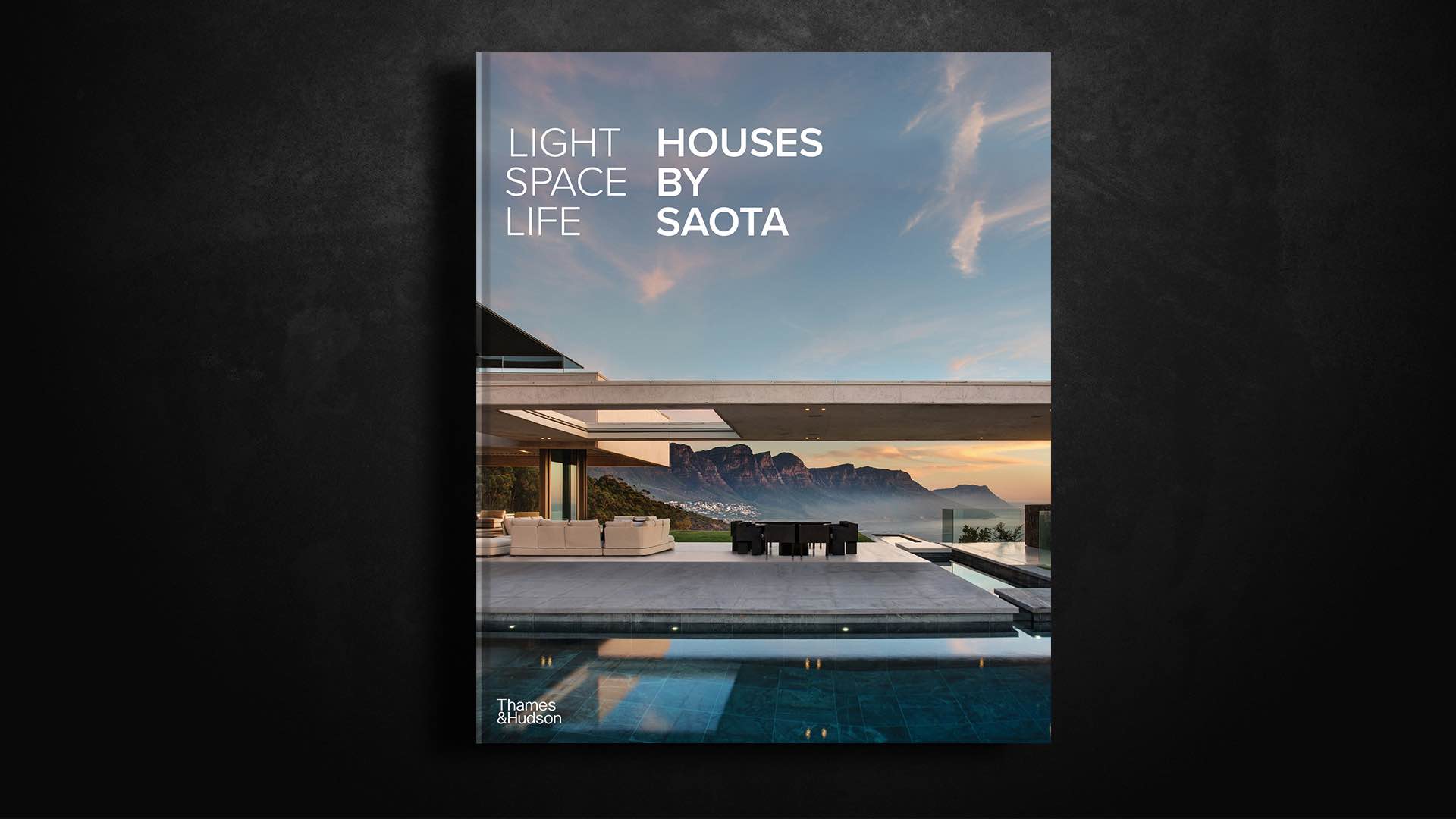 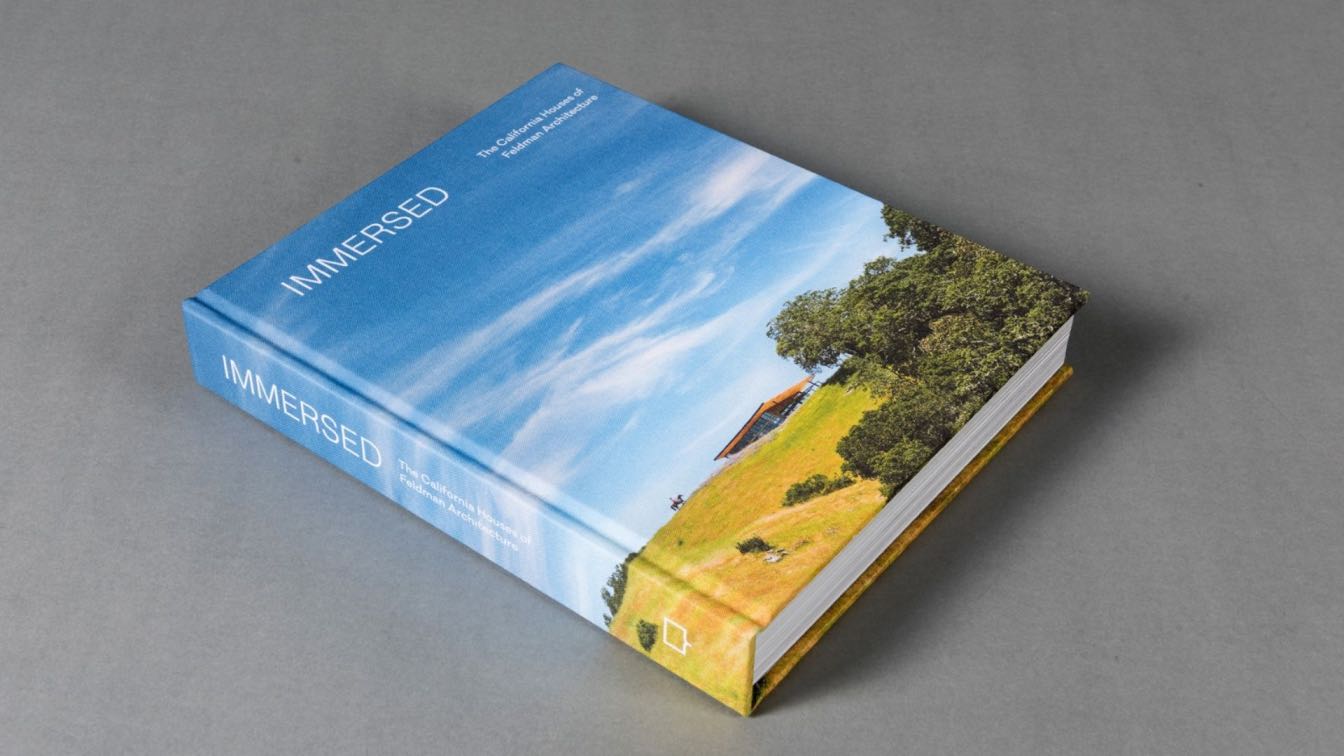 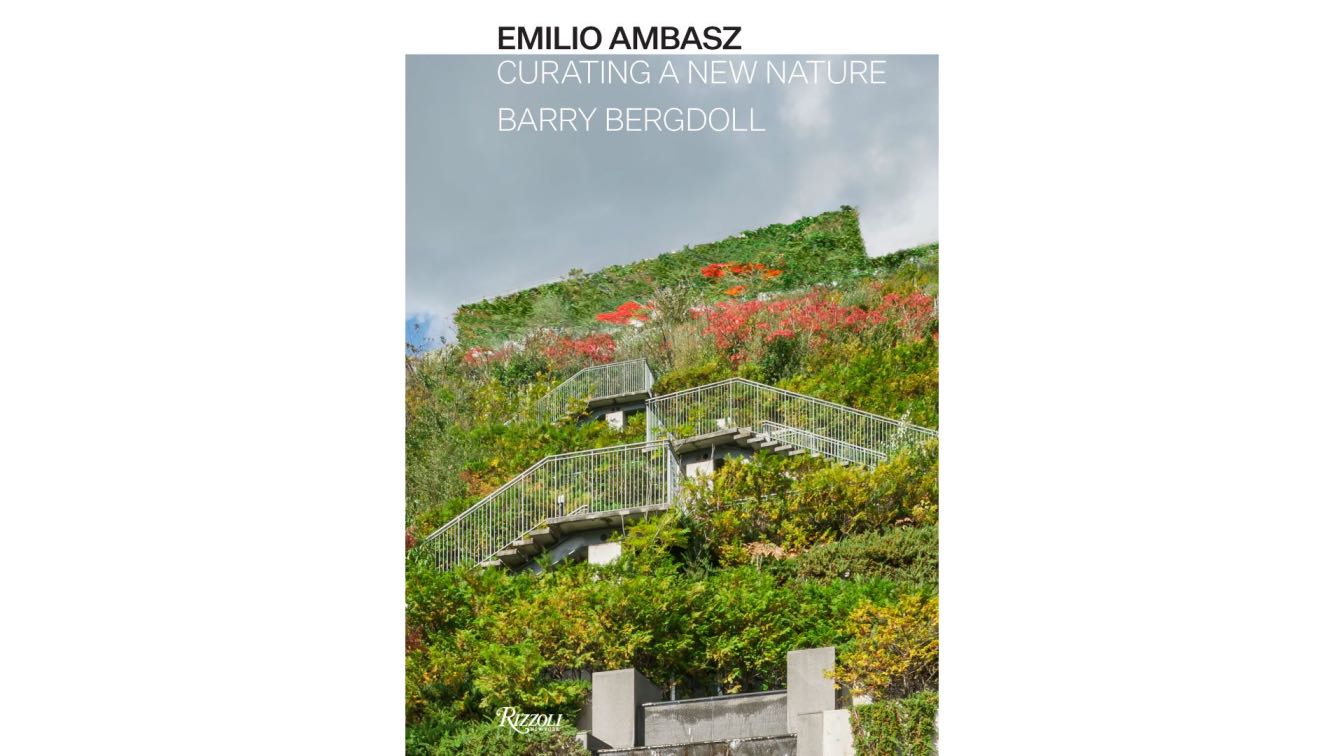 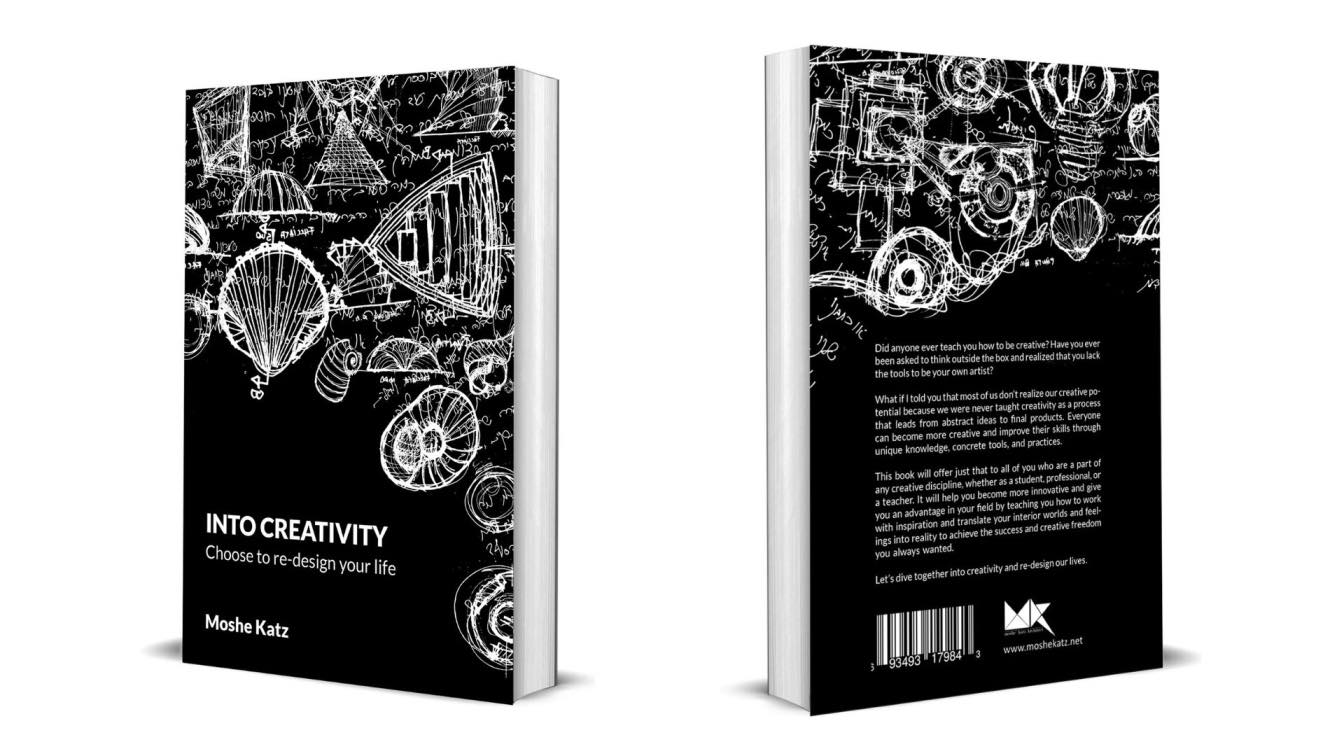